With his turn in Ingmar Bergman’s lost masterpiece The Touch back in cinemas, we celebrate 10 performances by one of the defining actors of 1970s Hollywood – the inimitable Elliott Gould. 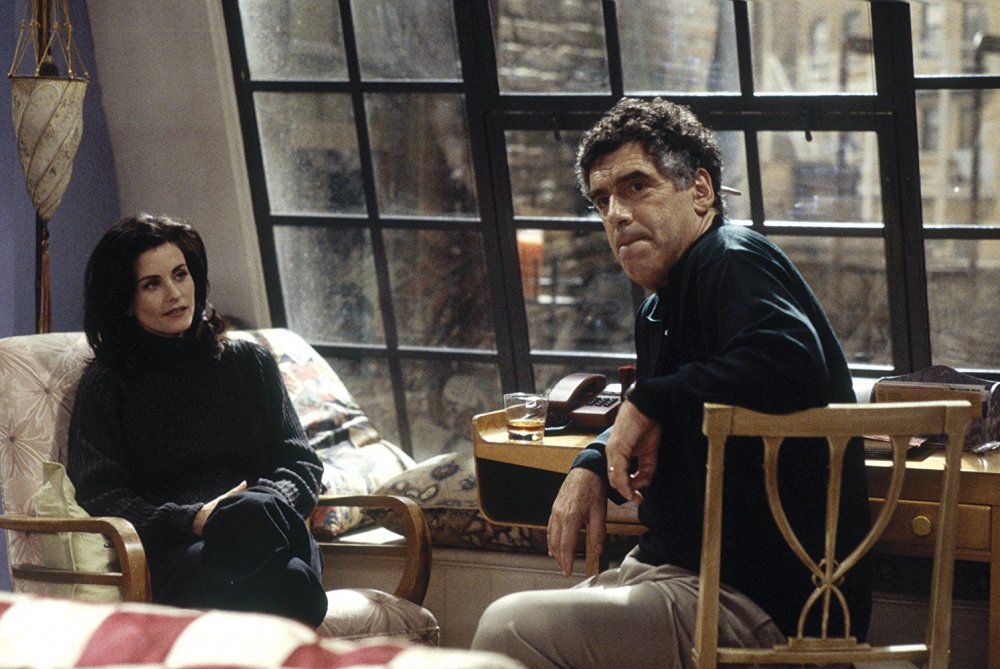 To a generation of 1990s teens, Elliott Gould was best known as the father of Monica and Ross in the era-defining sitcom Friends. But back in the 1970s he was one of Hollywood’s hottest talents, a defining symbol of what Tom Wolfe dubbed the ‘Me’ generation. Through appearances in key countercultural films, and a string of classic New Hollywood titles with director Robert Altman, Gould developed a charismatic on-screen persona founded on easygoing charm and wry humour. Big budget fare such as A Bridge Too Far (1977) and Capricorn One (1977) followed, with his later career offering a string of indelible supporting turns.

Here are 10 of his best performances. 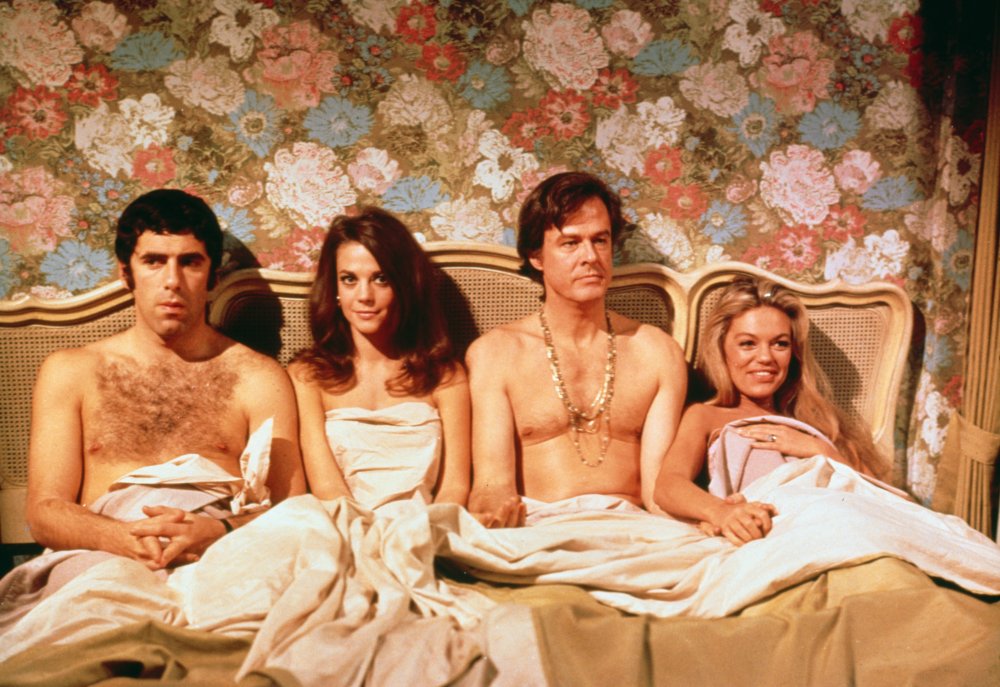 As the 1960s came to a close, Gould got his first big break (and an Oscar nomination for best supporting actor) in Paul Mazursky’s tale of wife-swapping free love. It’s a slick-witted comedy, which sharply pricks the bubble of a generation obsessed with the cultish trends of self-realisation/satisfaction. Gould shows great chemistry with co-star Dyan Cannon (playing his wife), notably in a hilarious and insightful bedroom scene. Natalie Wood and Robert Culp play their retreat-going, sexually liberalised friends. 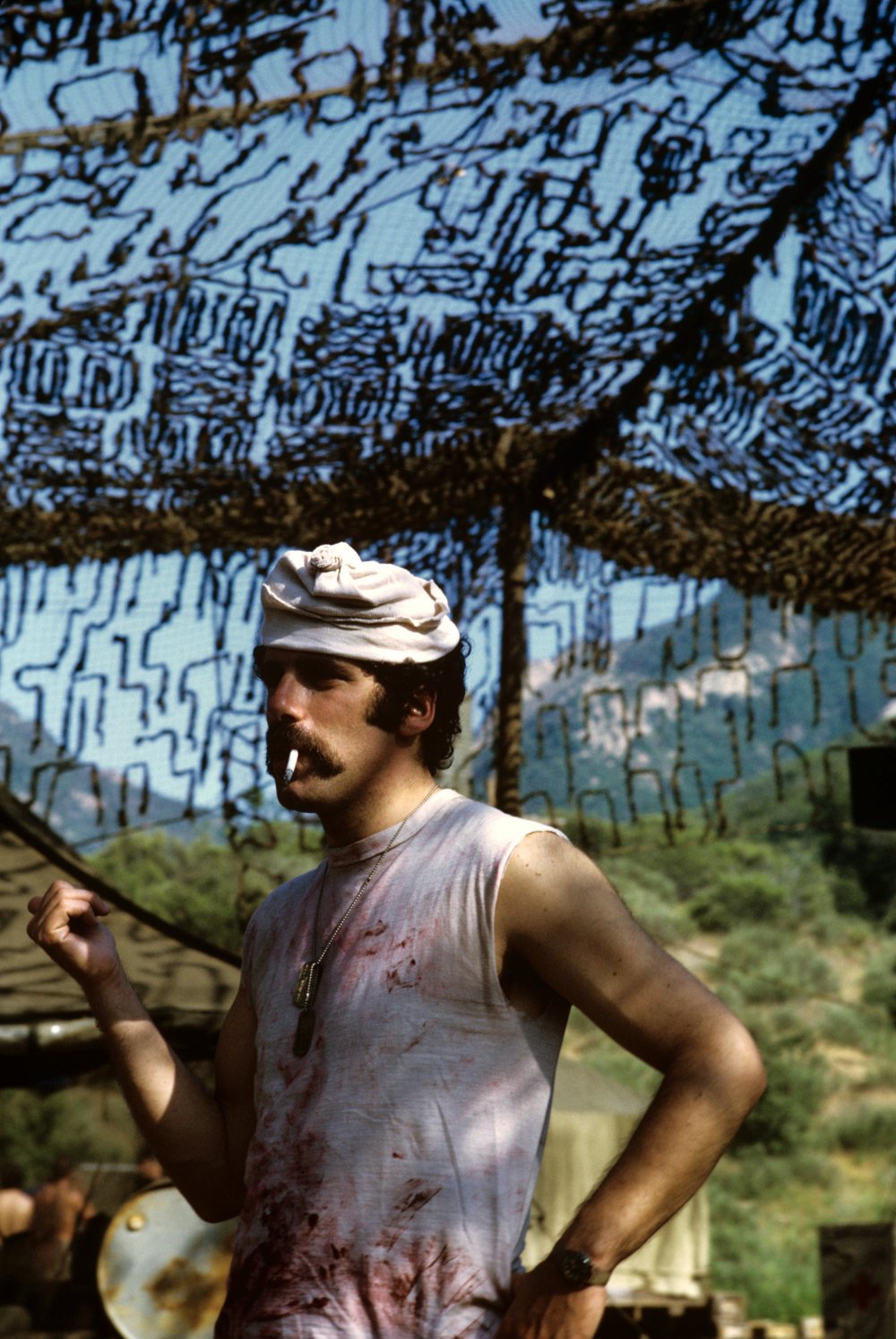 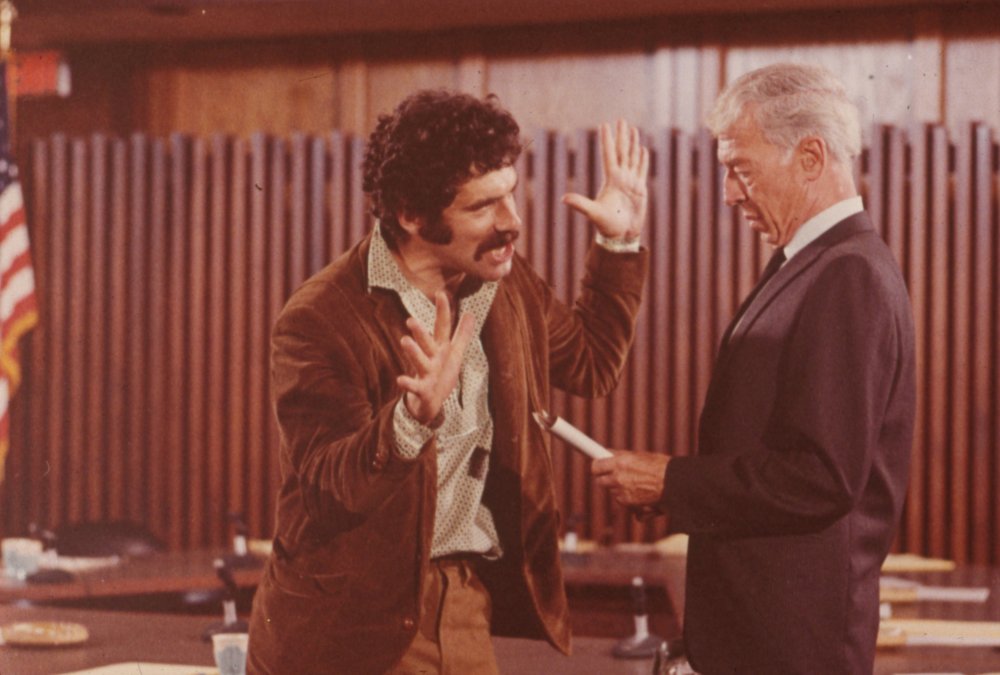 “I’m not putting it down, it’s just I’ve done it already,” says Gould’s Harry Bailey to a fellow student who asks why he’s lost his revolutionary spirit following a stint in the army. Richard Rush’s movie is set on campus at a state-funded university in the 1970s, where the students are up against the stuffed shirts of faculty. Bailey is caught in the middle just trying to finish his master’s degree. Getting Straight highlights the contradictory values of a generation that thought love would solve all the world’s ills. 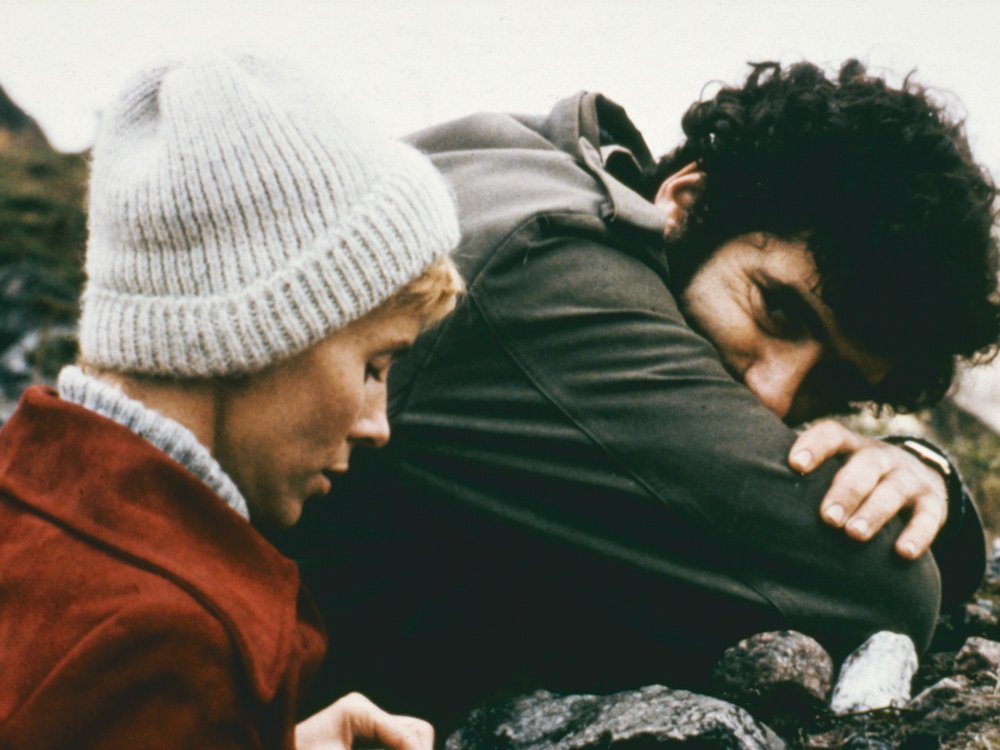 As Gould’s career was skyrocketing, he took a step back from Hollywood and headed to Europe to star in Ingmar Bergman’s first English-language feature, The Touch. Gould plays an emotionally volatile archaeologist called David who begins a fractious affair with a married woman, Karin (Bibi Andersson), while on a dig in a small Swedish town. Under Bergman’s direction, Gould’s performance is in a different key to anything in his career up to this point. Delivering his lines with his distinctive smooth, low, growling voice, he seems both meek and fragile before erupting with rage. 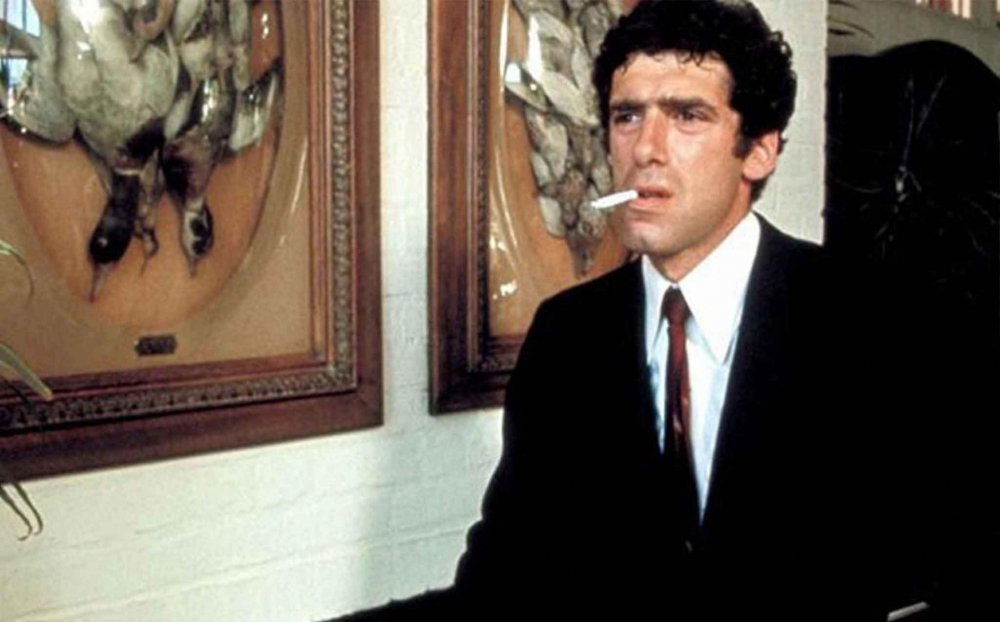 Gould seemed an unlikely choice to step into the shoes of private eye Philip Marlowe, yet the casting proved a stroke of genius. This second collaboration with Robert Altman is a revisionist twist on classic film noir, ditching the genre’s usual shadows for a sun-drenched LA and setting Raymond Chandler’s iconic hero adrift in the hippie era. Introduced in his shambolic apartment, Gould’s incarnation is pointedly shabbier and more anachronistic than previous screen Marlowes, responding to the decadence around him with a shrugging “It’s ok with me.”

In this third Altman collaboration, Gould co-stars with George Segal as a pair of inveterate gambling friends. Coming in the middle of the director’s amazing 70s run, California Split is a hazy, freewheeling film that trips through casinos, race courses and drab apartments, evocatively capturing a grubby, low-lit world. Wise-cracking Charlie is the perfect fit for Gould’s happy-go-lucky appeal, and his camaraderie with Segal’s Bill makes for compulsive viewing. 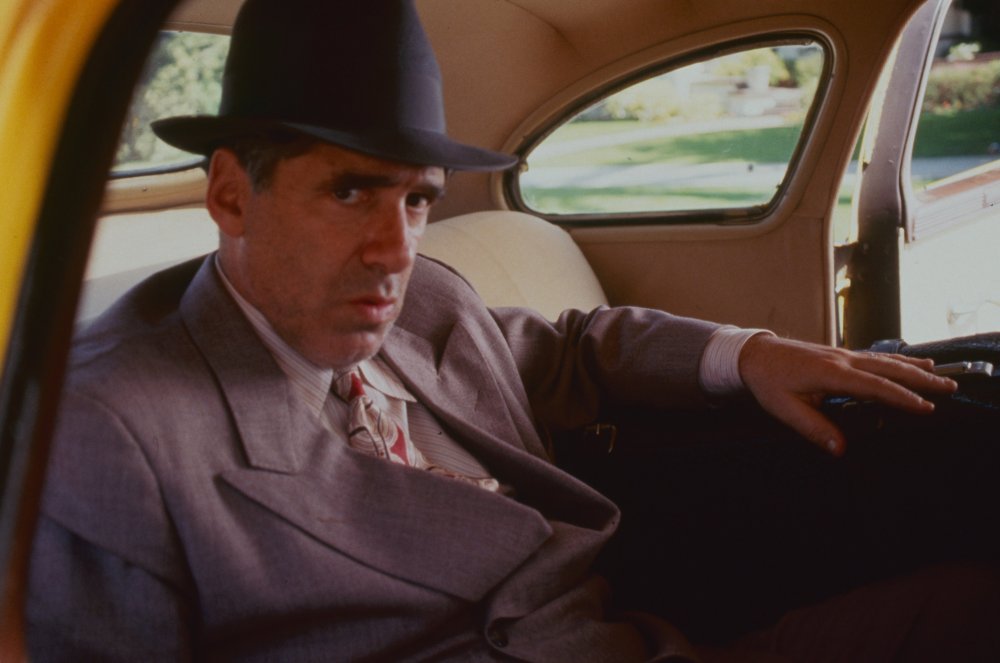 In the 1990s, Gould moved into a series of supporting roles, bringing his casual charisma to a range of interesting projects. In Barry Levinson’s period gangster-saga Bugsy, set amid the glamour of 1940s Hollywood, Gould plays Harry Greenberg, a former associate of mobster Bugsy Siegel (Warren Beatty). After many larger-than-life roles, Gould appears more understated as the slow-witted and tragic Greenberg, yet still makes a strong impression. 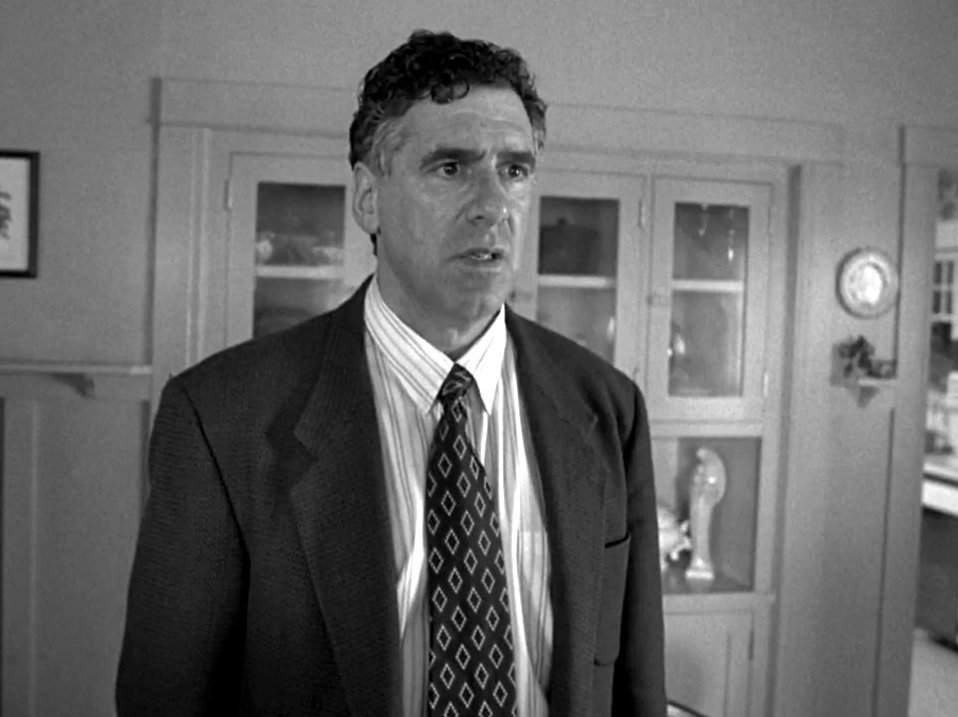 “Well, Jews have been persecuted for over 5,000 years. Are you saying it’s wrong to feel sensitive about antisemitism?” asks Gould in his portrayal of school teacher Mr Murray in Tony Kaye’s powerful exploration of neo-Nazism in 90s America. It’s a small but pivotal role, again demonstrating Gould’s versatility as a performer, notably during a dinnertime confrontation in which Murray faces down Edward Norton’s neo-Nazi Derek Vinyard. 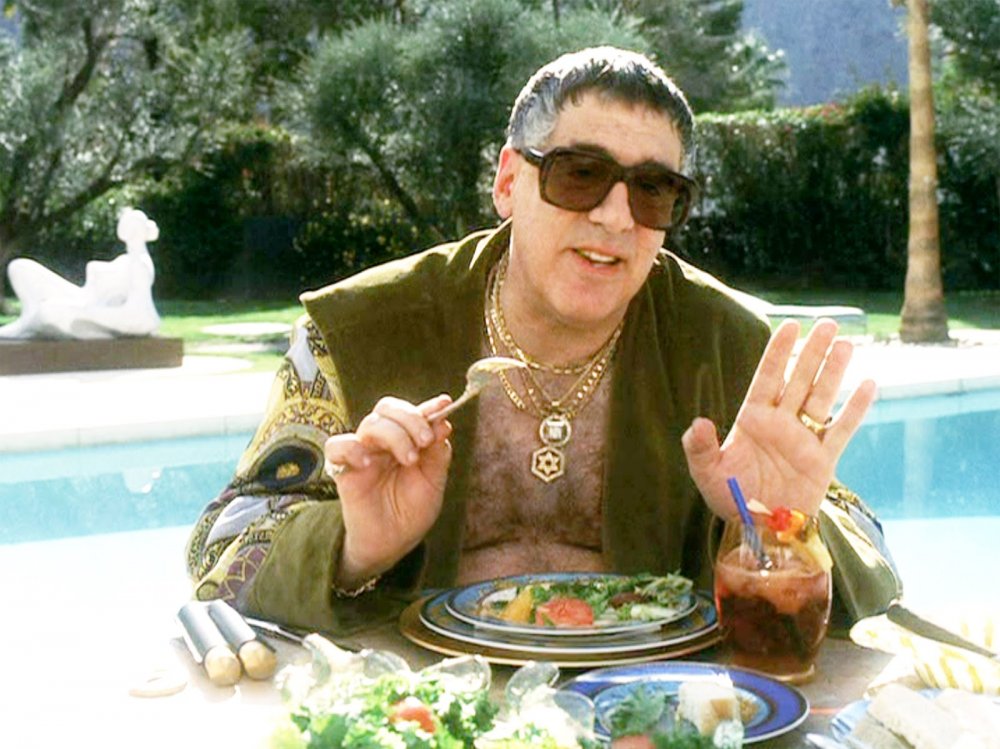 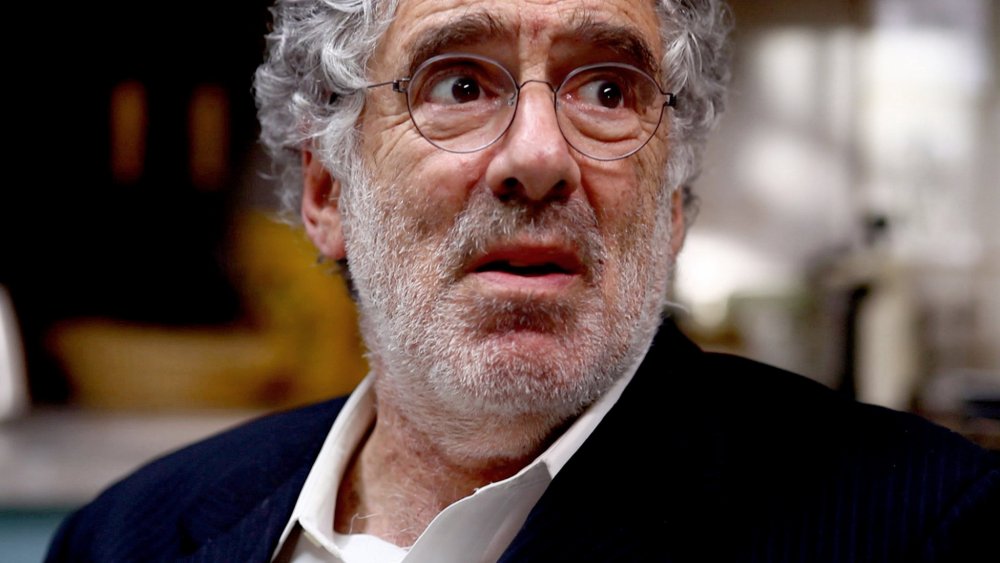 This little-known film from Richard Ledes sees Gould playing the eponymous Fred, a man coming to terms with the fact that he got old and needs looking after. As his children try to evict him from his house of 50 years to get him into a care home, he digs his heels in, determined to stay there with his wife (Judith Roberts), who has Alzheimer’s. Although Fred Won’t Move Out only runs a little over an hour, you’ll quickly fall for Gould’s poignant performance. His strength of personality shines through, with echoes of the energy that fuelled his breakthrough roles.