With Carrie Fisher’s swansong in The Last Jedi now in cinemas, we fondly remember eight more stars who bowed out with memorable performances in their final films. 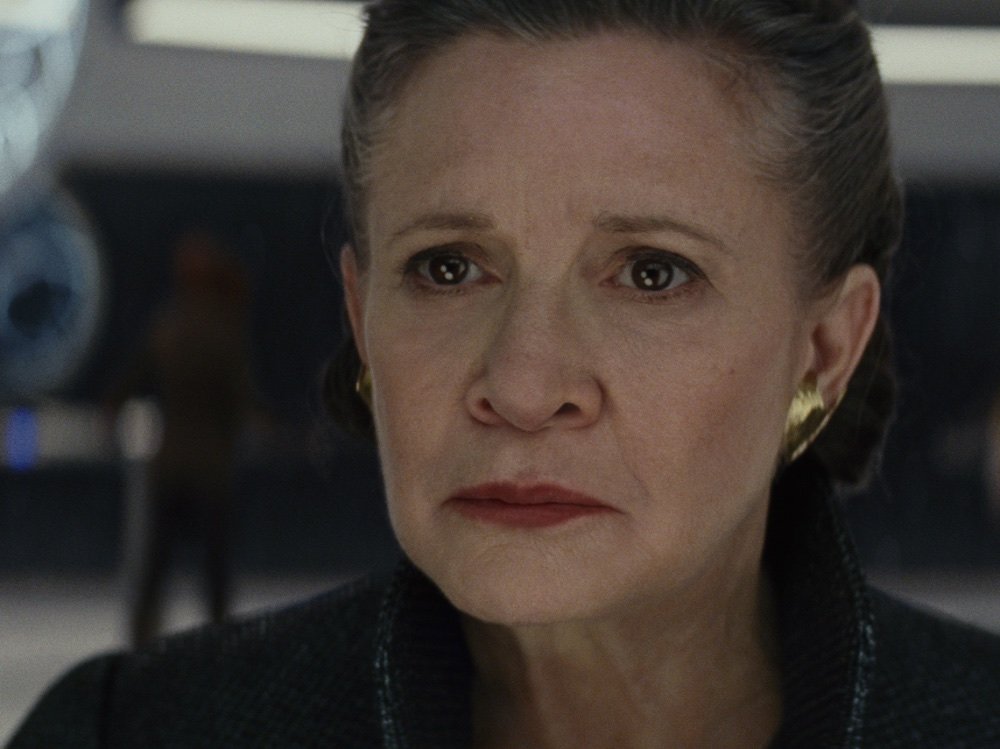 Carrie Fisher finished her illustrious film career playing the role that made her a global superstar. As General Leia – her regal rank of princess removed since The Force Awakens (2015) – Fisher brings a stately rigour and smart dignity to The Last Jedi. Writer-director Rian Johnson’s spectacular and hilarious entry in the space opera saga may focus on her son Kylo Ren (a brooding, vicious Adam Driver) and force trainee Rey (Daisy Ridley) but the film’s heart is all Leia.

The Last Jedi is a fitting and noble end to Fisher’s life in film, so the time is right to look at eight more remarkable final performances on the big screen. 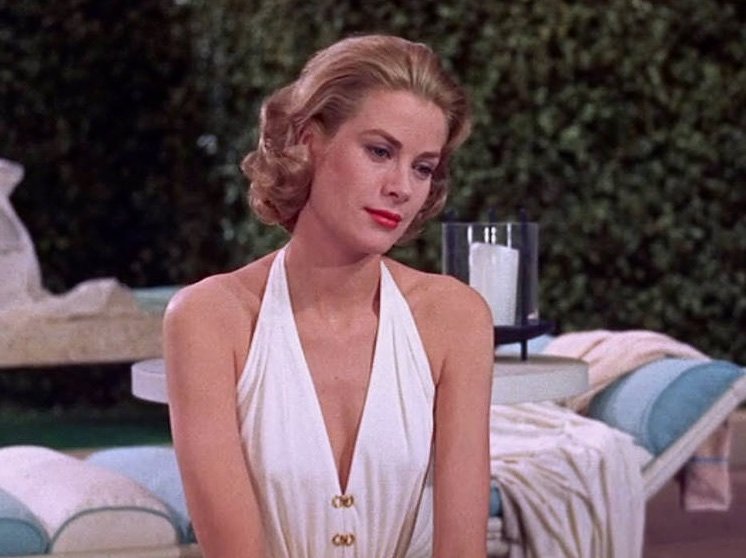 Grace Kelly’s last feature performance before she married Prince Rainier III to become Princess of Monaco seems to be setting her up for a life of endless privilege. Playing a socialite, Kelly has three men vying for her affections, with Frank Sinatra and Bing Crosby eager suitors alongside husband-to-be John Lund. Kelly lives up to her first name with elegance and charisma to spare, gamely getting stuck into the songs, glamour and refinement with consummate ease. Music written by Cole Porter, an appearance by Louis Armstrong and popping Technicolor give Kelly a suitably classy accompaniment to the conclusion of her Hollywood career.

Marilyn Monroe and Clark Gable in The Misfits (1961) 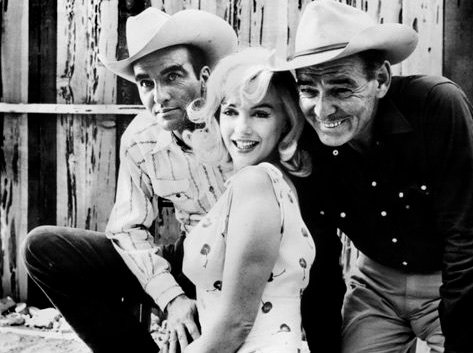 In The Misfits, a newly divorced woman falls for an ageing cowboy and the two begin an unsteady relationship. There is drinking, dancing and horses. Reno and the Nevada desert form the setting, and the tone is wistful, elegiac. Neither Marilyn Monroe nor Clark Gable would make any further films.

It was an unhappy, chaotic set. Director John Huston constantly drank and gambled. The film’s screenwriter, Arthur Miller, was on set tweaking the script to the personalities of its actors while his marriage to Monroe was disintegrating. Gable, who insisted on performing some of his own dangerous stunts, had a heart attack two days after the shoot and died 10 days after that. Monroe was in and out of hospital and had difficulty learning her lines, as her alcohol and prescription drug dependency worsened. And yet Gable and Monroe elicit such feeling that The Misfits is nothing less than an anti-western classic. Regret and sadness are writ through every scene they appear in, with co-stars Montgomery Clift (who died five years later) and Eli Wallach offering solid support. 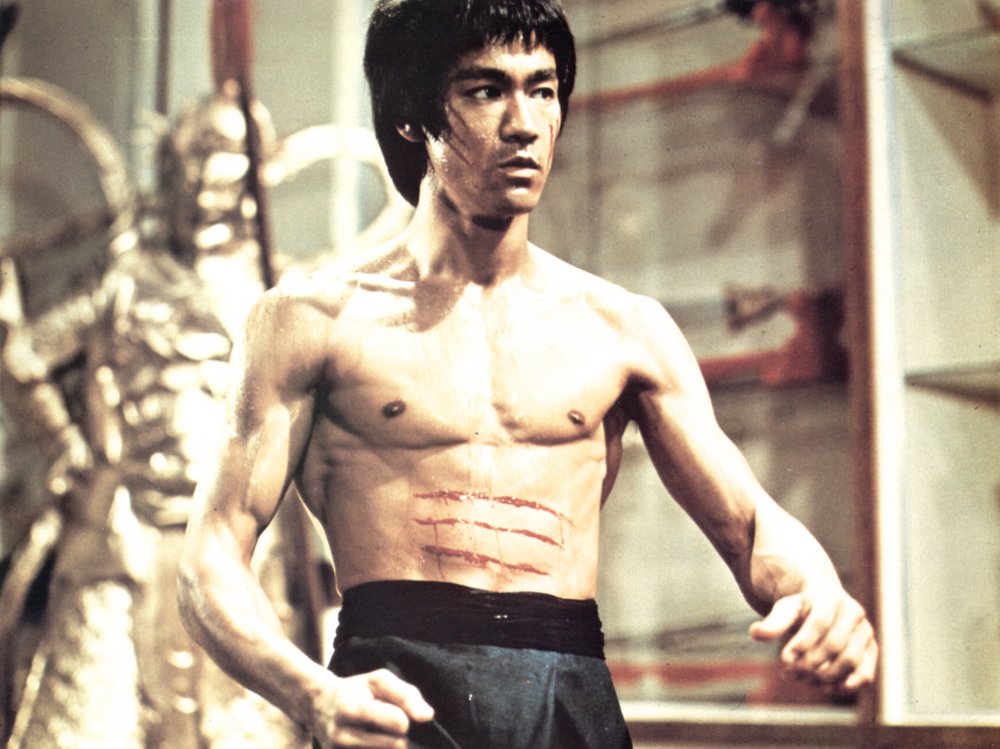 Bruce Lee only appeared in a smattering of features before his sad death aged 32. Yet Lee’s global popularity has made his name synonymous with martial arts cinema forever. The Hong Kong hero’s final screen performance is also his greatest, as Lee investigates crime kingpin Han (Shih Kien) on the latter’s private island. Han’s bodyguard Oharra also needs dealing with – as the man responsible for Lee’s sister’s death, it’s clear he stepped to the wrong family.

The staggering strength, speed and balletic grace of Lee’s fight scenes are electrifying. Lee is also the pinnacle of charismatic intensity when he’s not beating down bad men. He says little, but with Lee a razor-sharp glance is enough. No wonder that look ended up on posters and T-shirts the world over. 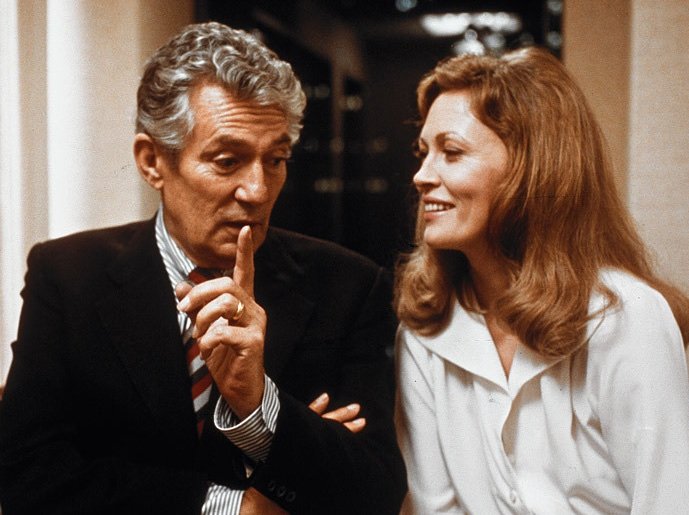 With Network, Peter Finch won a posthumous best actor Oscar for his portrayal of mad prophet of the airwaves Howard Beale. News anchor Beale announces he will kill himself live on air but instead rebels and rants against the corporate world that has employed him for decades, sparking a popular movement around his ideas. A key text for anyone who has worked in, studied or even used the media since its release, Network is as prescient as it is funny and vital. Finch is its incandescent centre, a rage of fury on the side of the people. 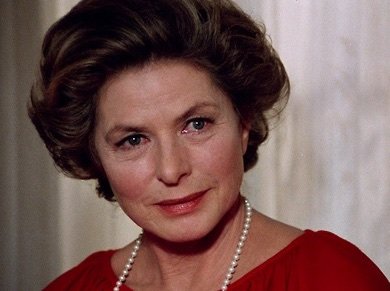 Ingrid Bergman made her feature swansong with this raw and emotionally uncompromising family drama. It had long been a dream of Ingmar Bergman to direct his namesake and, given the chance to work together, neither wasted the opportunity to produce some of their best work.

The ageing star nabbed an Oscar nomination playing a famous and admired pianist who visits her daughter (Liv Ullmann) for the first time in seven years. Before long the ghosts of the past are awoken, tears flow and reminiscence of childhood neglect springs forth. The possibilities of reconciliation are alive, but can it be achieved when such trauma has gone before? Bergman’s expressions of regret, denial and acceptance give hope. 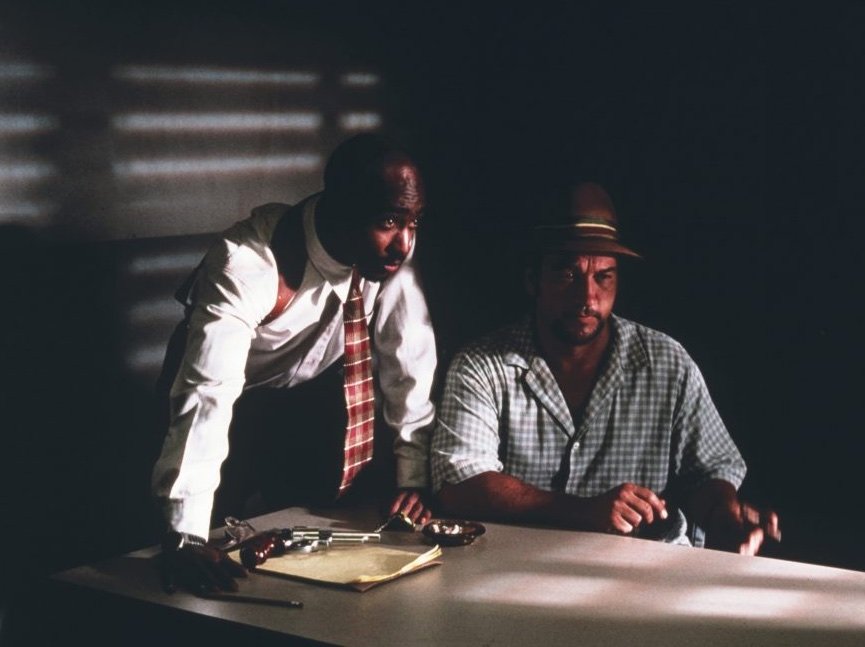 In Jim Kouf’s tale of two corrupt cops who accidentally kill a DEA agent and are then tasked with investigating the murder, Tupac Shakur plays Detective Jake Rodriguez, who with partner Frank Divinci (James Belushi) tries desperately to cover up their mistake. The rapper, who showed such promise in Juice (1992) and Gridlock’d (1997), proves a magnetic screen presence – by turns angry, desperate and anxious as Divinci drags his character further into the abyss. Sadly, Shakur was killed in a drive-by shooting before the film hit cinemas. 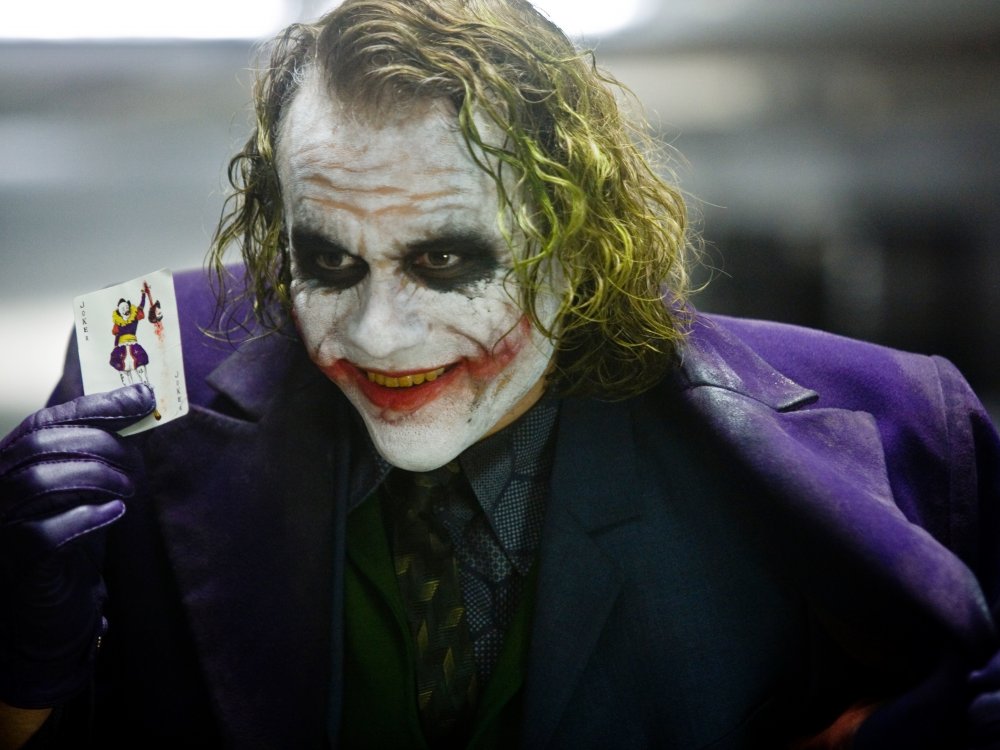 Jack Nicholson said he warned Heath Ledger about the perils of playing the Joker. Nicholson’s incredible, if caricatured, portrayal of the most famous comic-book villain of them all in Tim Burton’s Batman (1989) is one thing. But Ledger’s take on the role in The Dark Knight is a totally different and more disturbing creature. It’s no wonder Ledger claimed he only slept two hours each night while shooting.

Modelled visually on the Joker in graphic novel Batman: The Killing Joke, Ledger’s version is a sadist whose pleasure in maiming and murder is clear. His criminal organisation is run on fear and mistrust, while he takes perverse pride in leading by example. He has no qualms about blowing up a hospital and has a speaking voice as unhinged as his appearance. Ledger deserved his best actor Oscar, but what a tragedy it could only be awarded posthumously. 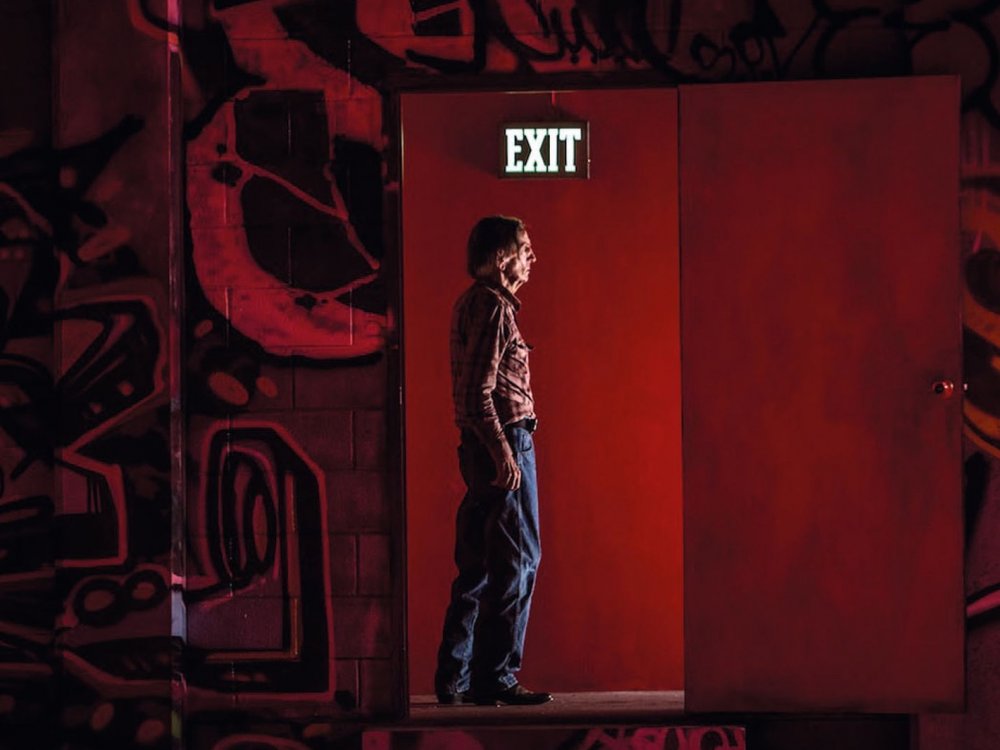 At the end of his career and life, Harry Dean Stanton was allowed one last lead role. He died before its release (also leaving a smaller role in Frank and Ava waiting in the wings), but Lucky revisits the Stanton of old in the way his legions of fans wanted. Lucky, his eponymous character, is essentially a grumpier version of Stanton, and why not? He has regrets and looks to the only future he has left, the one we all face sooner or later.

His long-term friend and collaborator David Lynch turns up playing an on-screen pal and there seems to be genuine kinship between them. Through his careful, unshowy acting the impression remains that Stanton was probably not that different from how we imagine: funny, odd and an independent thinker who couldn’t be tamed.