From The Graduate to Rain Man, we celebrate the career of two-time Oscar winner Dustin Hoffman, one of the finest actors of his generation. 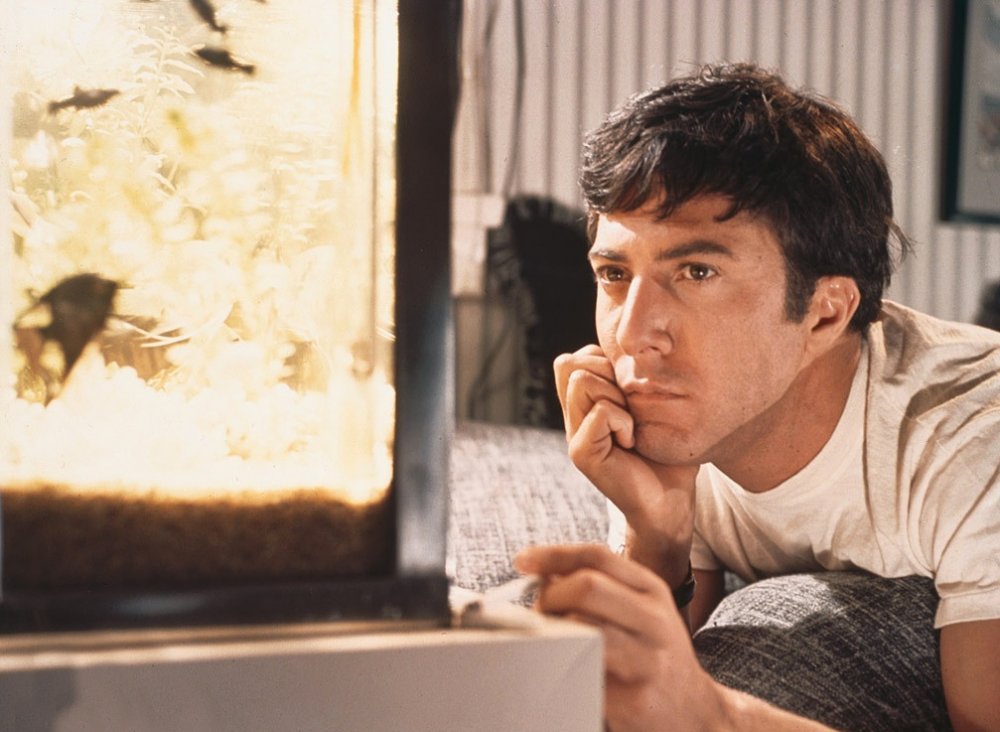 In the early 1960s, if casting directors were looking for a leading man, he was more likely to resemble Paul Newman than he was Dustin Hoffman. Hoffman – skinny-faced and unprepossessing – was working as a jobbing stage actor in New York when he found himself in the running for the lead role in a new Mike Nichols film. After his audition out in Hollywood, the story goes that Hoffman reached out to shake the prop man’s hand and a pile of NYC subway tokens fell out of his pocket. The man’s response as he helped gather them? “You’re gonna need these, kid.”

Luckily for all of us, he didn’t end up needing them. Instead, Dustin Hoffman would unexpectedly take on the lead role as Benjamin Braddock in The Graduate (1967). Since then, he’s been one of the most dynamic actors in Hollywood, continually defying expectations, casting vanity aside and refusing to be pigeonholed. Here are 10 of his finest films. 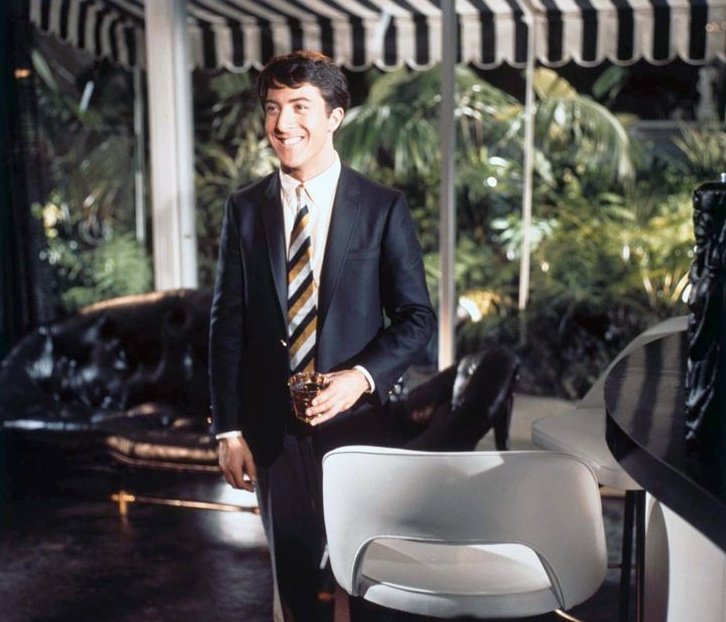 One of the films that launched New Hollywood – a youthful explosion of talent influenced by European arthouse cinema – The Graduate has a well-deserved rep as an enduring classic. The passive, melancholy Benjamin divides his California summer between drifting in his parents’ swimming pool and making love to his middle-aged neighbour (Anne Bancroft). Hoffman’s breakout role, which was originally written for a fair-headed WASP, speaks to a struggle against affluent conformity. In that way, it’s a film that owes more to the quiet ennui of the 1950s than to the open defiance of the late 60s. Regardless, the conclusion – with its two young runaways in close-up, faces slowly draining of their enthusiasm – is deservedly iconic. 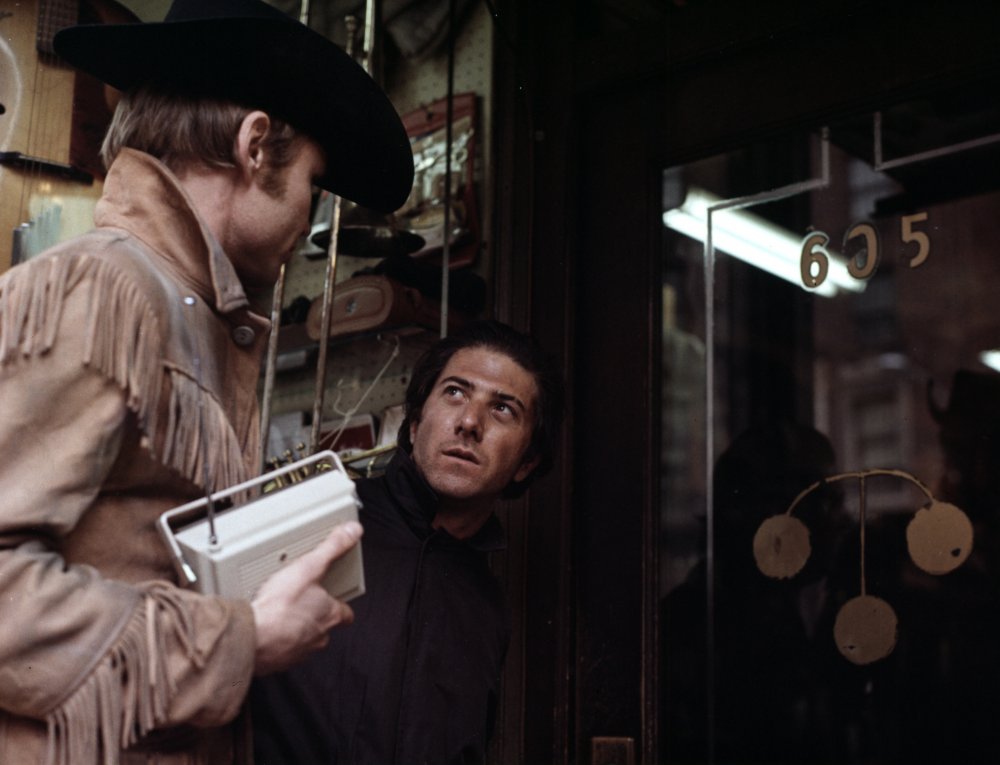 In Midnight Cowboy, Hoffman is an unwashed hustler called ‘Ratso’ Rizzo. With his body convulsed with a regular, hacking cough, somehow the star manages to make this unsavoury small-time crook magnetic on screen. You can’t take your eyes away from him, or deny his tragic dimensions, as Rizzo and his equally maladjusted pal – a young Texan (Jon Voight) fresh into New York City with dreams of being a gigolo – attempt to scrape money together. Midnight Cowboy is essentially a small, grimy story, but it’s lightened by a fine soundtrack (notably Nilsson’s ‘Everybody’s Talkin’’) and plenty of incidental humour. There’s also the thinly-veiled subtext of Voight and Hoffman’s love for each other – a radical touch that didn’t stop John Schlesinger’s film from winning three Oscars, including best picture. 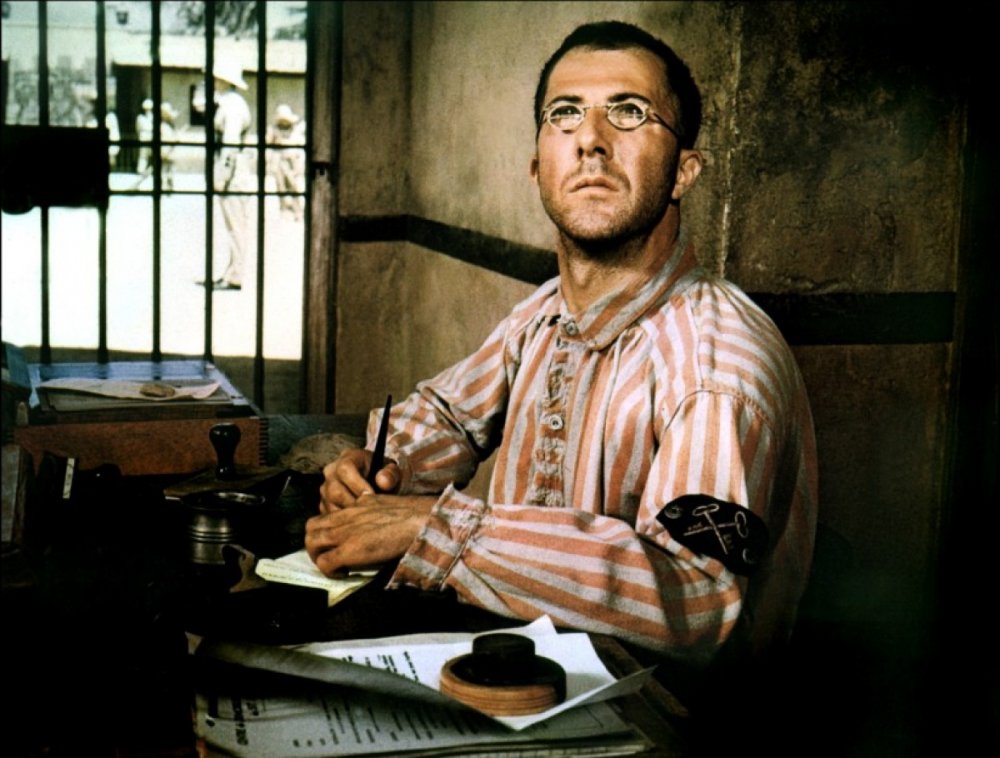 In this epic adventure story, Steve McQueen and Dustin Hoffman co-star as a pair of prisoners who forge an ironclad friendship over their many years of incarceration. Thrown into a notoriously brutal French penal colony in Guiana, the pair initially seem at odds: Papillon (McQueen) is a tough, steely-nerved safecracker, while Hoffman’s Louis Dega is a white-collar criminal guilty of forging counterfeit war bonds. The relentless, fetid heat practically rises off the screen as the two attempt countless escapes. There’s one moment in particular that lingers: McQueen, fresh from a hellish stretch in solitary confinement, can barely stand on his own. With an embarrassed tenderness, Hoffman and his friend tearfully embrace – a moving scene in an otherwise macho film. 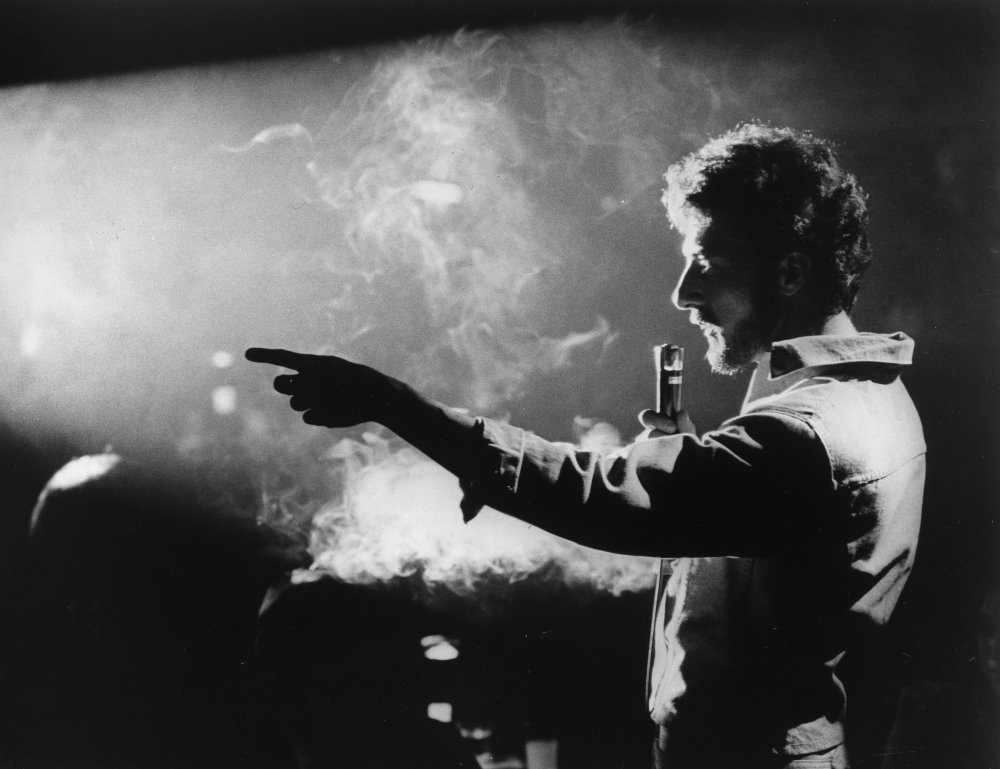 Biopics are never easy material for actors, but Hoffman is positively transformed in his personification of standup comic Lenny Bruce. Bruce personified taboo and rebellion, and his routines repeatedly landed him in trouble with the police, but his foul-mouthed and politically-aware routines were inspirational to a whole generation of comedians. The episodic film portrays the Jewish-American comic both at the height of his fame and the depths of his drug addiction. Director Bob Fosse had an eye for the countercultural spirit of the times, and Hoffman portrays Lenny Bruce with equal parts bravado, rage and vulnerability. 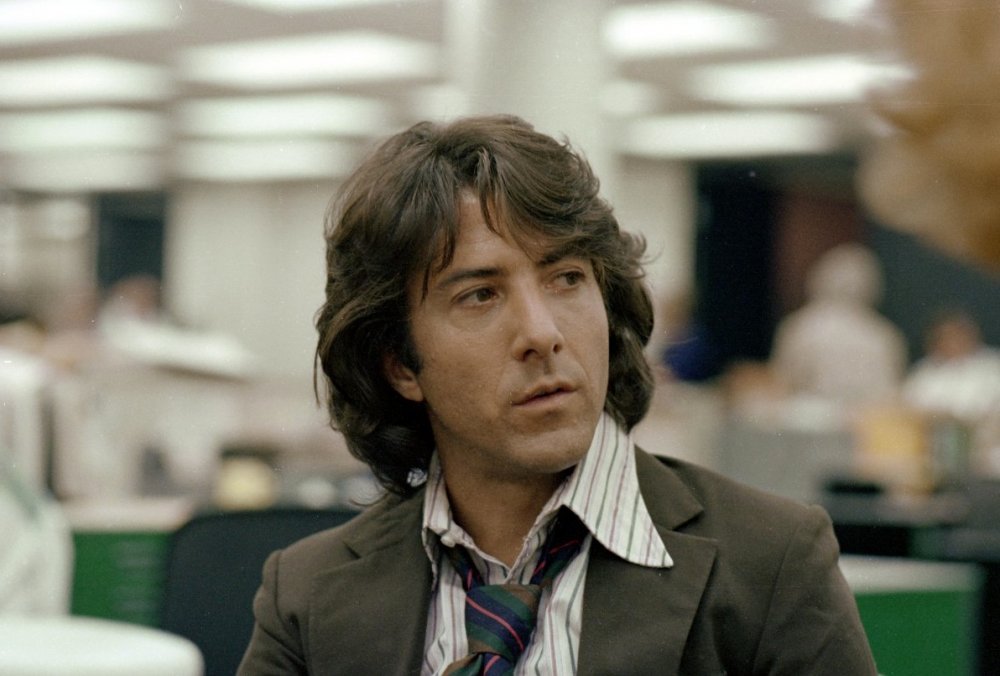 Hoffman stars as Carl Bernstein in this classic political thriller – one half of the heroic Washington Post investigation into the Watergate break-in. He finds his perfect foil in the casting of Robert Redford as fellow journalist Bob Woodward, and together they descend into murky political corruption that extends to the highest office of the land. Woodward was a Republican WASP and Bernstein a Jewish lefty, but together the two had a talent for excavating information – a chemistry that’s engagingly conveyed by the Hoffman and Redford double act. Filmed by famed cinematographer Gordon Willis, All the President’s Men is one of the most gripping political thrillers you can see. 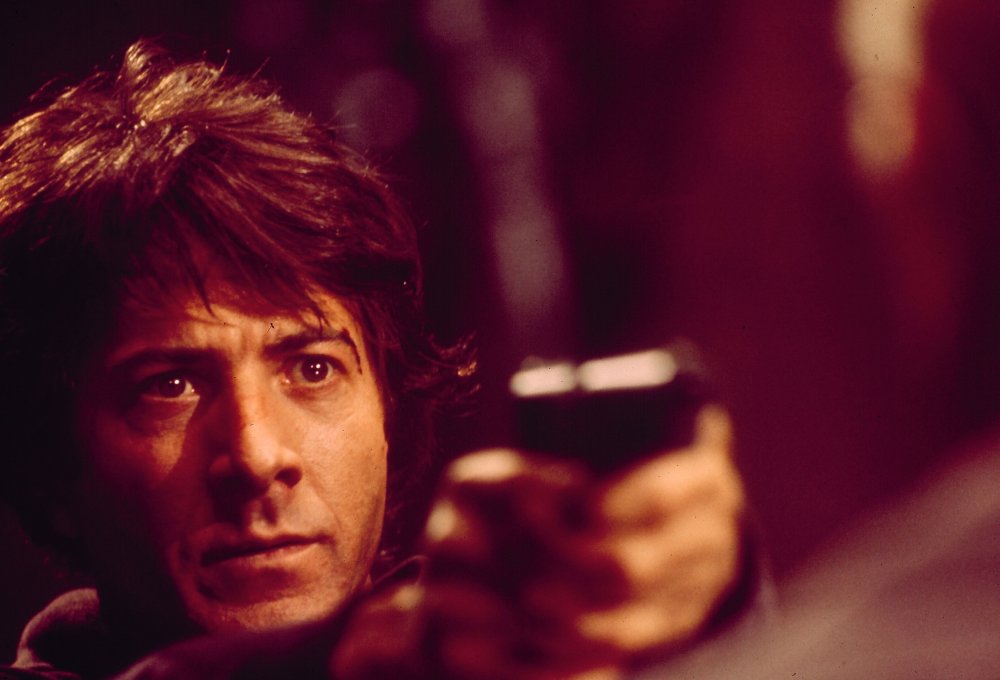 Classical theatre training met the Method on the set of this 1970s thriller. Laurence Olivier, a firm proponent of the former, had little regard for Hoffman’s analytical desire to pump real emotion out of the script. But the sense of generational and philosophical conflict between the two men worked perfectly for their opposing roles on screen. Hoffman plays an unassuming track star mistakenly drawn into a sadistic ex-Nazi’s plot to abscond with stolen jewels. The premise has the potential to be ridiculous, but the tightly-wound and suspenseful writing of veteran screenwriter William Goldman helps it along – and Olivier’s genuinely nasty turn is hard to brush off. Hoffman could easily have been overpowered by the legendary actor, but instead he grounds and humanises what otherwise might seem outlandish. 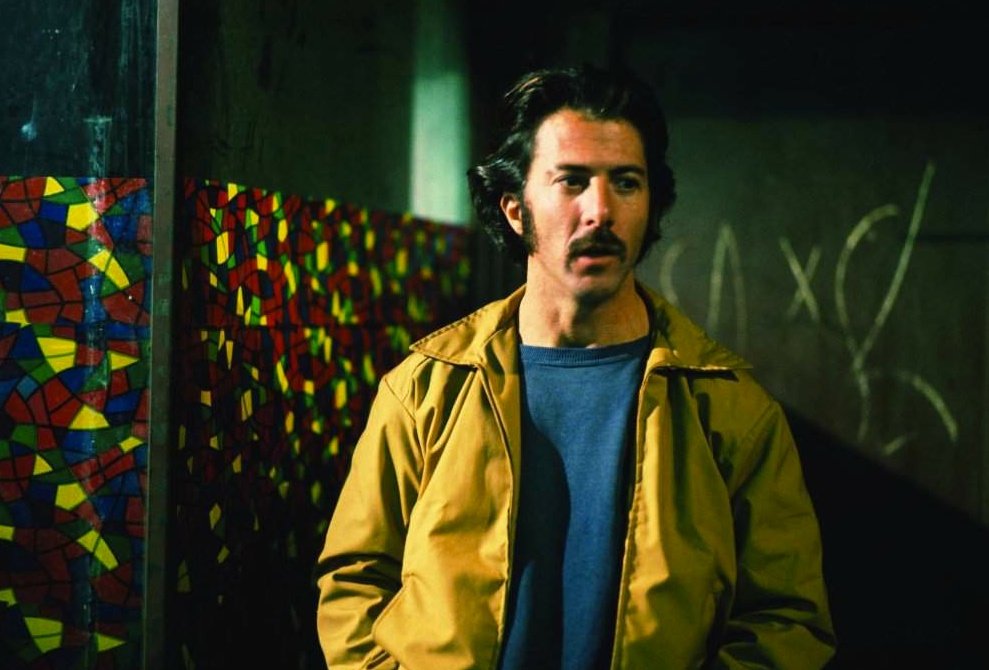 Hoffman’s bearing doesn’t immediately suggest ‘criminal’, but that fact only underlines his on-screen dexterity. This lesser-known, low-key film about the inexorable siren call of crime features the actor as a charming ex-con. He’s seemingly doing his best to stay on the straight and narrow: associating with civilian friends, visiting his parole officer, struggling for employment. But the mask slips incrementally, and the audience soon sees the thrill-addicted career criminal beneath the earnest appearance. It’s a great role – subtle, nuanced and likable – as Hoffman fights an internal war against his own dangerous impulses. 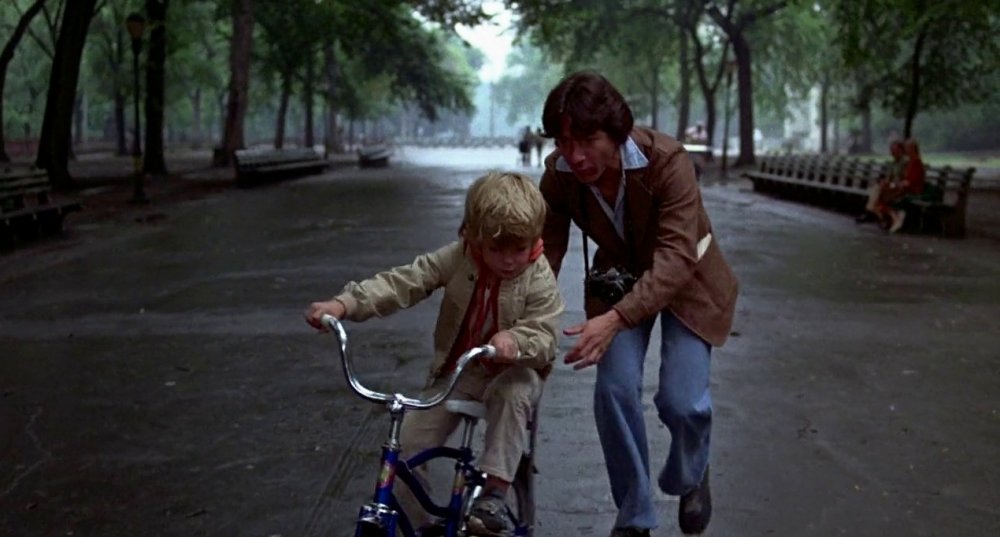 Robert Benton’s portrait of a modern divorce and the ensuing custody battle won five Academy Awards, including best picture and a best actor win for Hoffman. Part of the film’s success is that it captures many domestic concerns of the late 70s: feminist awakenings, fathers taking on full-time single parenting, and the effects of divorce on the traditional family unit. If any of that sounds a little reactionary, the enormous emotional range of its two stars – Hoffman and Meryl Streep, each smart and tender – allows for plenty of perspective. The film avoids moralising on anyone’s behalf, instead underlining the thinking behind each person’s decision-making. 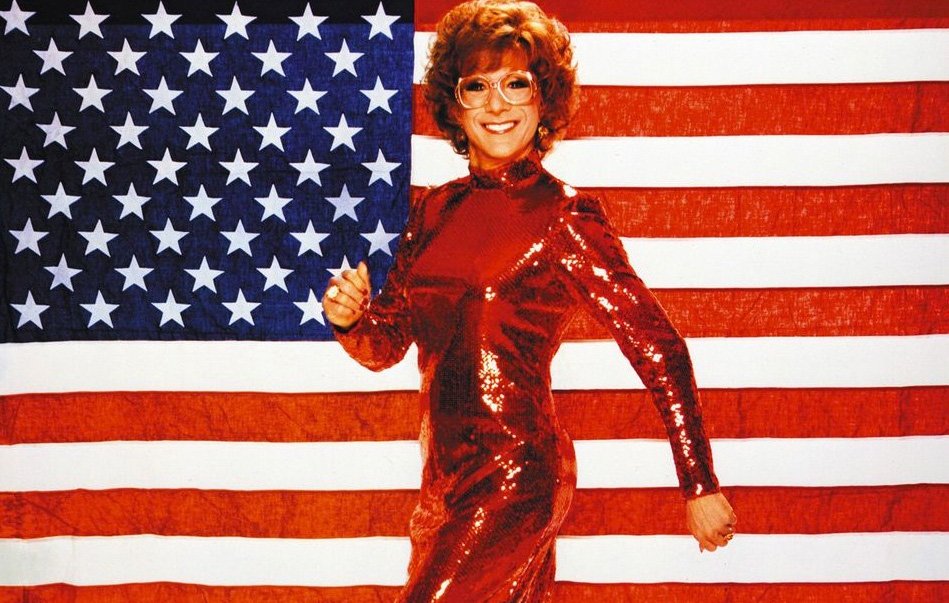 Any crossdressing comedy has to measure up against Some Like It Hot (1959), but Tootsie can survive the comparison. When actor Michael Dorsey (Hoffman) realises he’s burned too many bridges to get film parts, he makes the switch over to alter-ego Dorothy – and finds success. Pollack’s charming film has a wit and verve that remains belly-laugh funny. But beneath that light-hearted humour is a genuine sense of warmth and appreciation for the female sex, with an awareness of the condescension and sexual harassment that women face on a regular basis. On paper, there are plenty of reasons Tootsie shouldn’t work, but the integrity of its premise shines through. 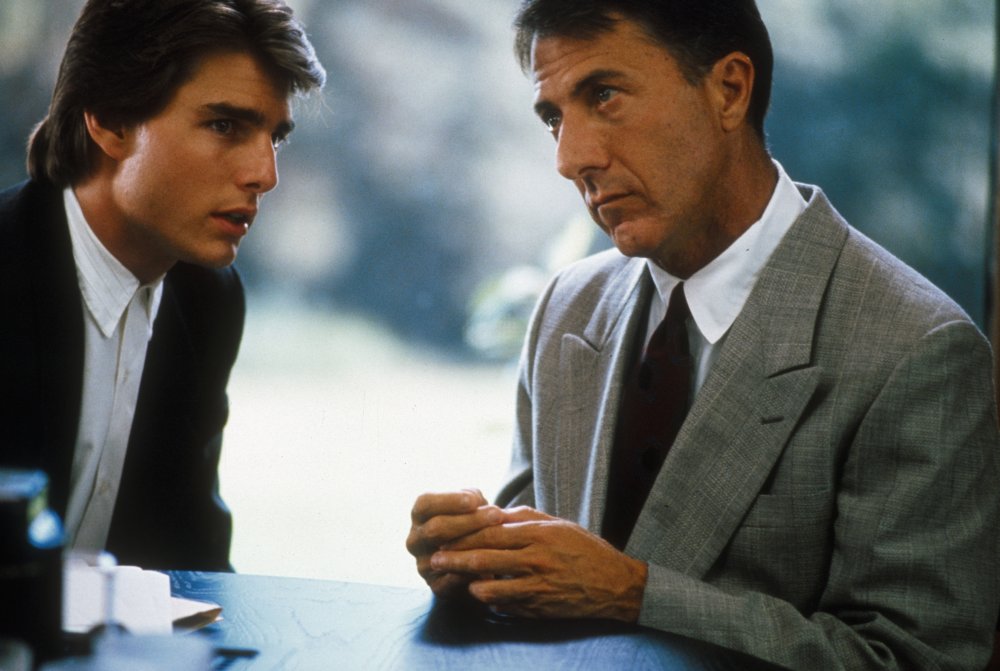 Playing someone with a serious mental disability is an acting challenge with many potential pitfalls – it’s sensitive terrain that carries plenty of responsibility. Hoffman pulls it off in Rain Man, as an autism sufferer with a remarkable capacity for recalling facts and information. His long-lost brother, Charlie (Tom Cruise), puts on the pretence of taking Raymond on a trip, with the ulterior motive of somehow extracting their father’s fortune from his hapless relative. Ever the perfectionist, Hoffman carefully studied and came up with his own approach to the physicality of his character. The result is an idiosyncratic and unforgettable performance, which won Hoffman his second Oscar for best actor.