From The Great Escape to Halloween… 100 years after he was born, we pick just 10 of the 200+ films featuring the irreplaceable character actor Donald Pleasence. 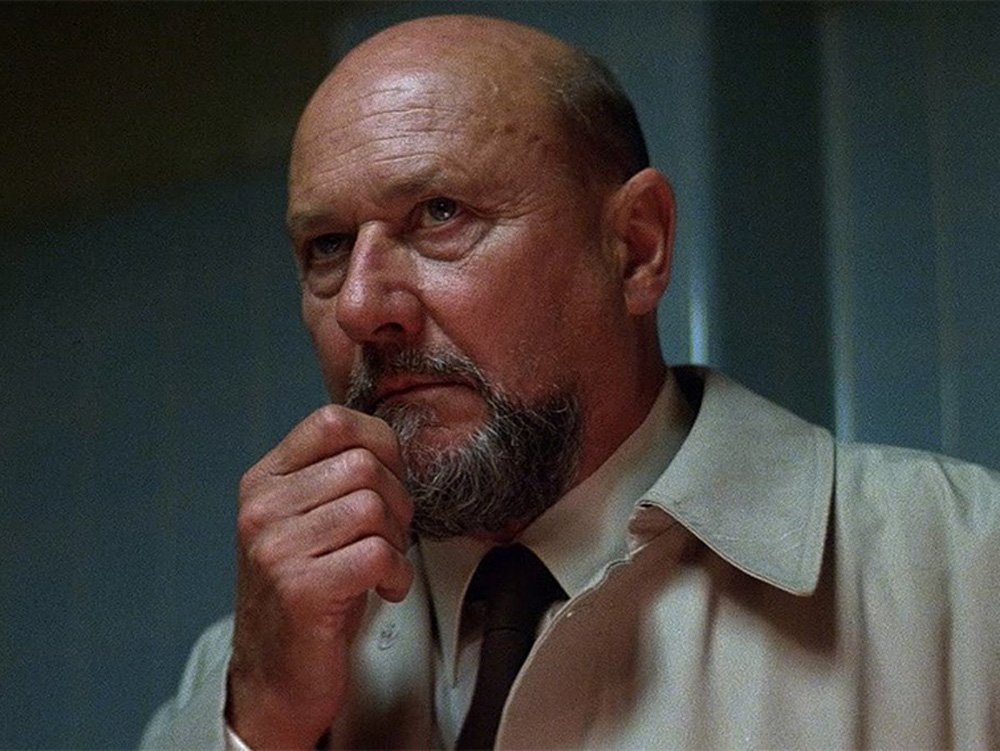 The story goes that Donald Pleasence never turned down a job, which goes some way towards accounting for the 200+ film and television credits on his CV. He was born in Worksop, Nottinghamshire 100 years ago on 5 October 1919, and his early acting career was almost over before it began, when his plane was shot down over northern France in 1944. Serving as a PoW until the end of the war, the actor was back on the stage almost immediately, earning rave notices at the Arts Theatre, London, where he’d find his greatest successes in the likes of Harold Pinter’s The Caretaker and Hobson’s Choice.

TV gigs quickly led to film, his big screen debut coming with a small role in Muriel Box’s adaptation of W. Somerset Maugham’s The Beachcomber (1954). Ten films a year wasn’t uncommon for this most prolific of character actors, the quality of the films as variable as their genres – although through the 1970s and off the back of the success of John Carpenter’s Halloween (1978) he’d become synonymous with the horror film.

It would take even the most dedicated viewer months to get through the entire Pleasence filmography, and there’s surely some gold buried deeper than the most celebrated of performances we’ve highlighted here. At his best, Pleasence could hold his own – as often as upstage – the greatest actors of his generation, so here are 10 career highlights to get you started. 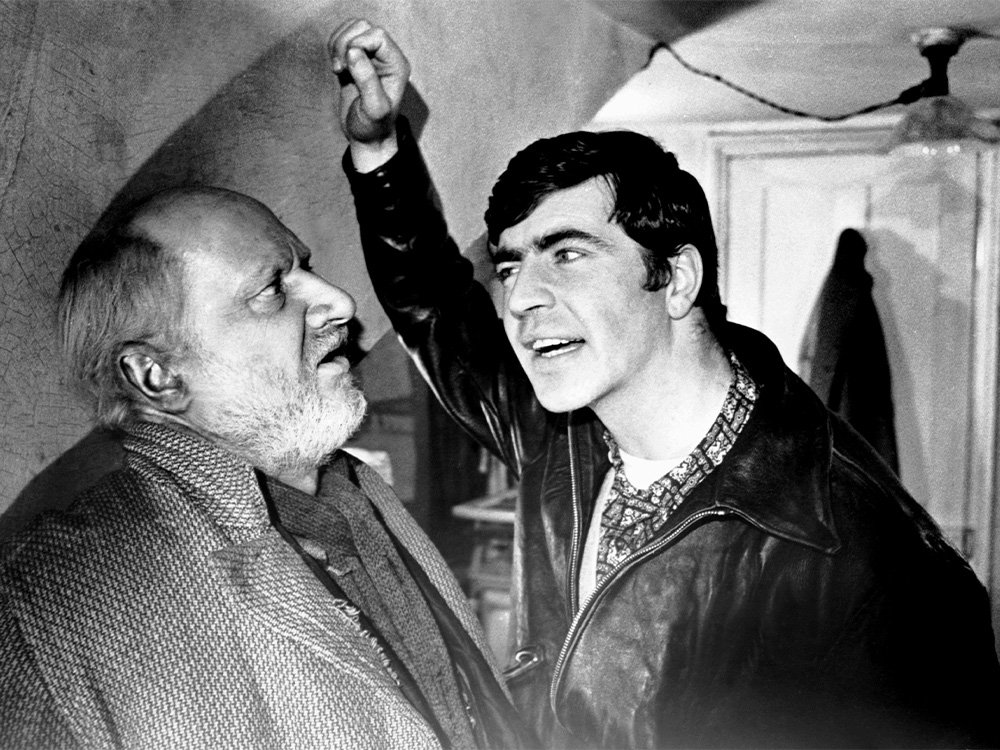 Both Pleasence and co-star Alan Bates reprised the roles they’d played at the Arts Theatre for the first screen adaptation of Harold Pinter’s breakthrough play. Pleasence, as the itinerant Mac Davies, had earned himself a Tony award nomination for the play’s Broadway transfer.

A three-hander, for the most part set in a single room, Clive Donner’s film manages to escape its inherent staginess largely by virtue of Nicolas Roeg’s ingenious work as cinematographer. It’s perhaps unfair to single Pleasence out from his co-stars, given the work by Bates and Robert Shaw as the respectively sadistic and naive brothers, but it’s his insinuating, opportunistic hobo who squirms longest in the mind. 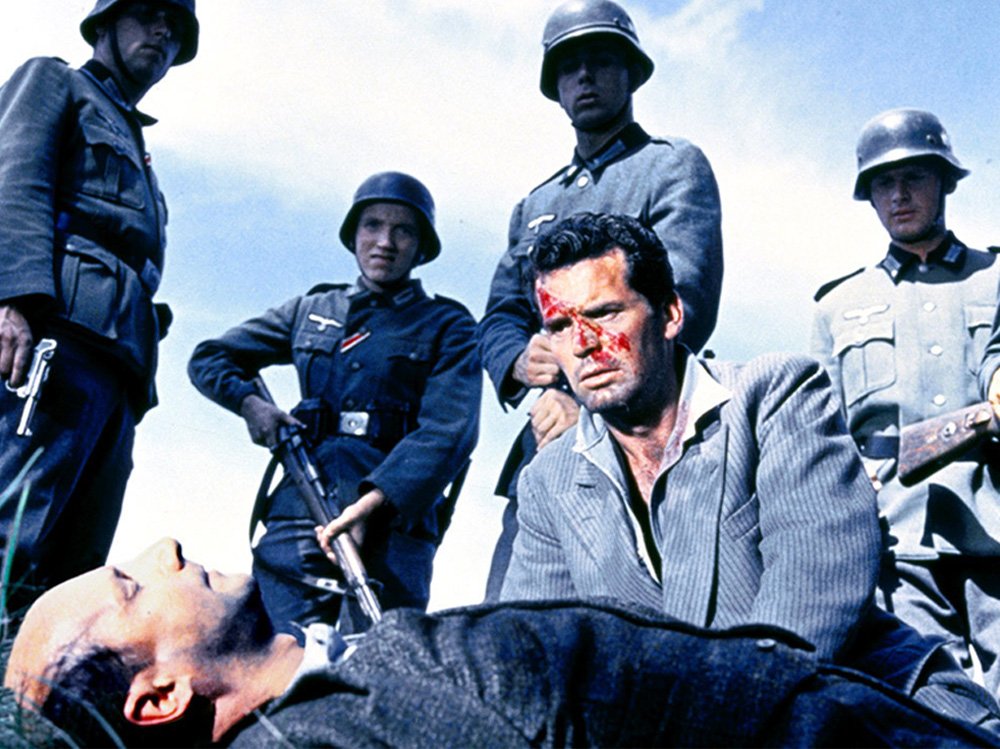 John Sturges’ PoW classic may have ossified over the years through its reputation as the ultimate dad-movie, easing fathers everywhere into their post-Christmas lunch snooze, but it remains a thrilling adventure yarn.

Pleasence is Blythe: birdwatcher, photographic aerial reconnaissance pilot and camp forger. Among the sprawling ensemble cast, Steve McQueen may provide the heroic gesture befitting his movie star credentials, but it’s Pleasence who tugs at the heartstrings come the rousing finale. Nearly blind, and with his stolen plane crashed, he can’t make out the advancing patrol of soldiers that take him down. “That’s alright, thank you for getting me out,” he tells James Garner’s Scrounger, as he dies in his arms. 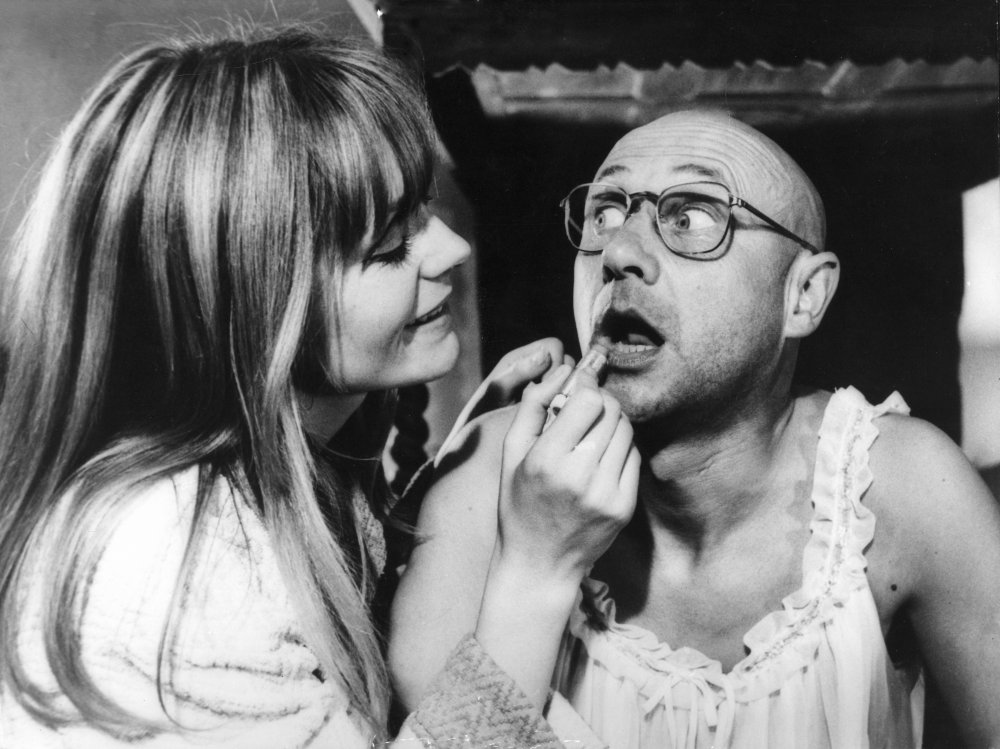 There are shades of Pinter again for Pleasence in this third feature (the second in English) from Roman Polanski. A castle in Northumberland, isolated from the mainland by the tides, is the setting for the filmmaker’s preoccupations with role-playing and battles between the sexes. Pleasence is the teetotal, effete intellectual with barely a handle on his estate or the bored wife (Francoise Dorléac) who gets her kicks undermining and emasculating him at every opportunity.

Enter Lionel Stander’s gangster, Dickie – the old school heavy whose motor gets caught in the rising tides – and the waiting game for his rescue by elusive Godot of a mob boss, Mr Katelbach. It’s a journey into madness for Pleasence, your mileage with his histrionics dependent on latching onto Polanski’s darkly comic register. For our money, it’s one of the director’s – and the actor’s – early best. 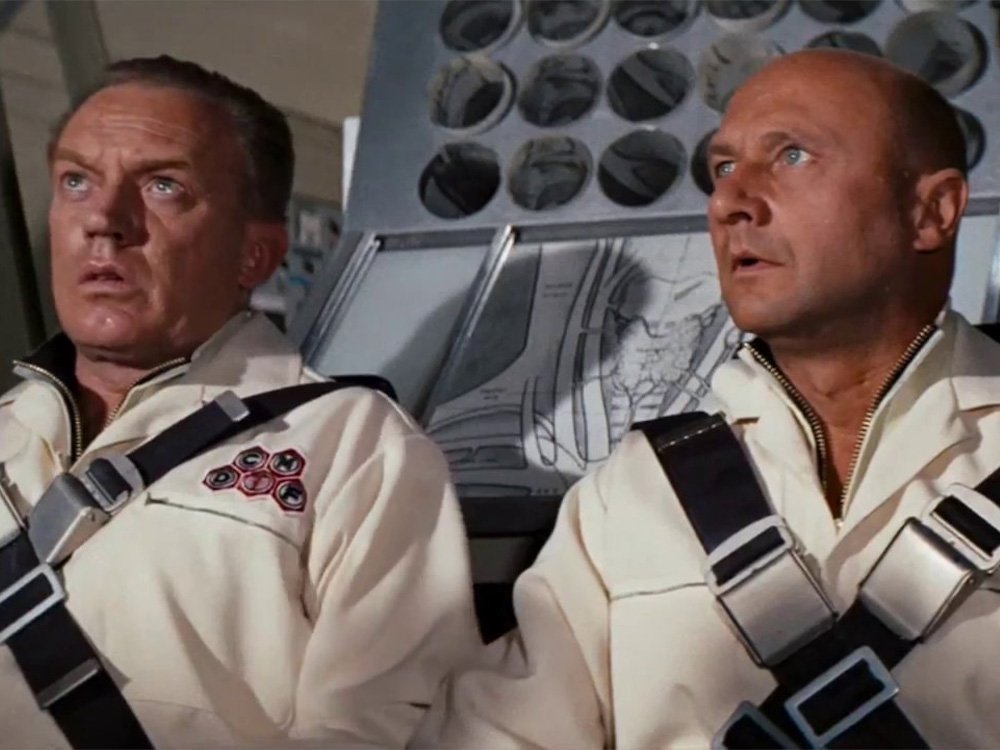 “So far someone’s tried to sabotage this mission twice!” The mission? To shrink a submarine to the size of a microbe, and travel through the arterial vessels of a Soviet spy to zap the blood clot that’s rendered him comatose and unable to defect. The procedure only allows 60 minutes to get in and out in Richard Fleischer’s sci-fi marvel, one of the great CinemaScope pictures.

Pleasence is the chief medical officer, claustrophobic and potentially the traitor in the crew’s midst. His shiftiness from the outset may signal the narrative turns a mile off, but his performance bests the reams of explanatory dialogue with which he’s lumbered. Not that it matters a jot in the face of Fleischer’s technical prowess. From the sound design to the barrage of extraordinary images that make up practically every shot, this one demands the biggest screen possible. 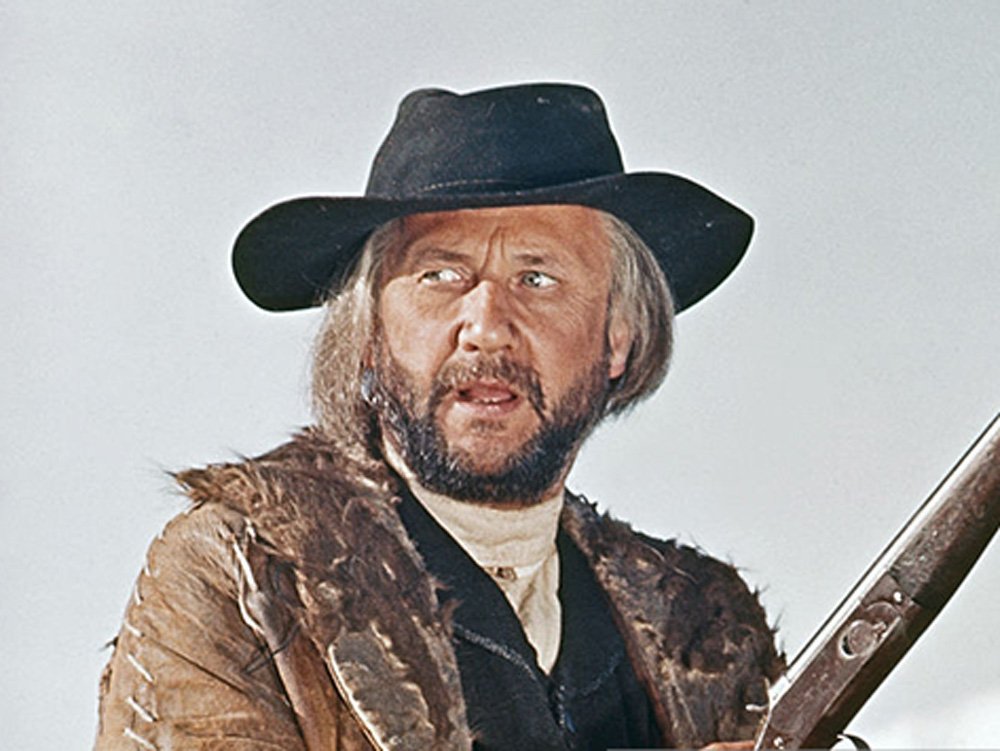 Despite his hundreds of film credits, you can count the number of westerns in which Pleasence starred on one hand. Which is a shame, as if his swivel-eyed frontier loon in the Charlton Heston vehicle Will Penny is anything to go by, he’d have made a great addition to the character-sidelines of many a New Hollywood western.

Pleasence is Preacher Quinn, a god-bothering nut job and sire to a clan of itinerant roughnecks on Heston’s case along the Oregon trail, their dispute starting with a dead elk and climaxing with a Xmas Eve home invasion. The main thrust of Tom Gries’ beautifully textured and inhabited film (much courtesy of DP Lucien Ballard) lies in the hesitant love story between the star and ranch squatter Joan Hackett, but there can’t be many an audience member who isn’t waiting for Pleasence to show up again and start shrieking about “the wrath of the Lord”. 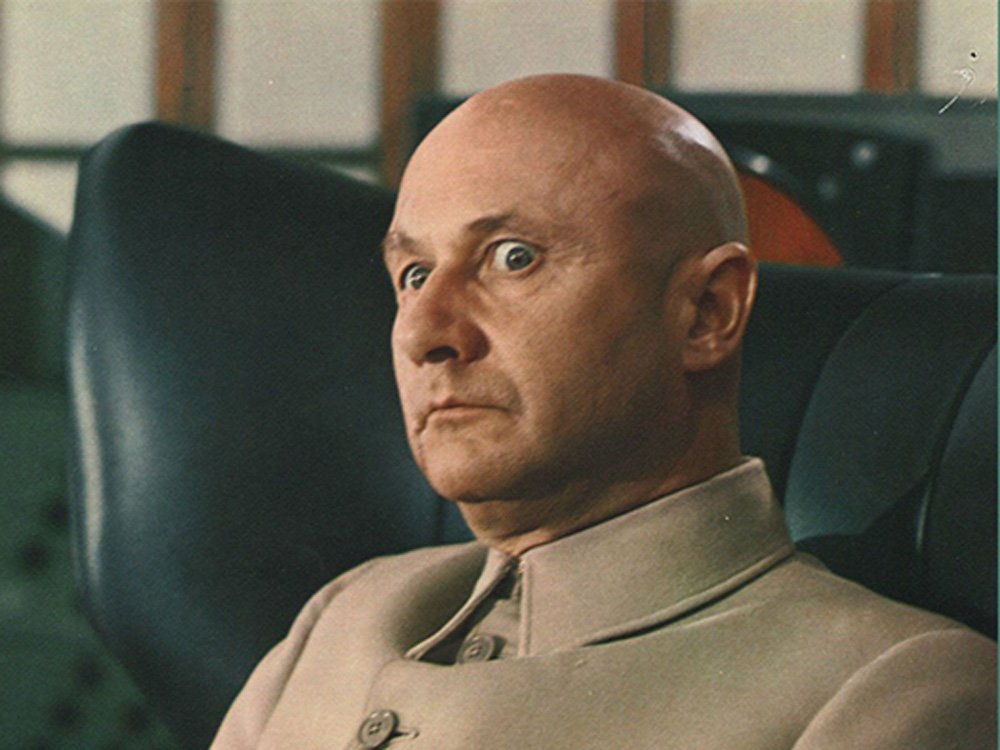 His introduction goes on for a number of minutes. The hand stroking a cat. His legs as he leaves the room. That slightly bored, Germanic (?) voice – with Pleasence and accents, you can never truly tell – “Extortion is my business.” Still stroking that cat. The foot pedal and the trap drawbridge. It’s another 20-odd minutes until we meet him properly in his volcanic lair, site of a space rocket launch. Finally we see his face, scar running forehead to chin: “James Bond, allow me to introduce myself. I am Ernst Stavro Blofeld.”

The most iconic of Bond villains, introduced when the franchise was already showing signs of strain. A cartoon, of course, but one lasciviously inhabited. Look out, too, for Pleasence’s The Night of the Generals (1967) co-star Charles Gray as knifed-in-the-back Mr Henderson. Four years later, Gray would step into Blofeld’s shoes himself in Diamonds Are Forever (1971). 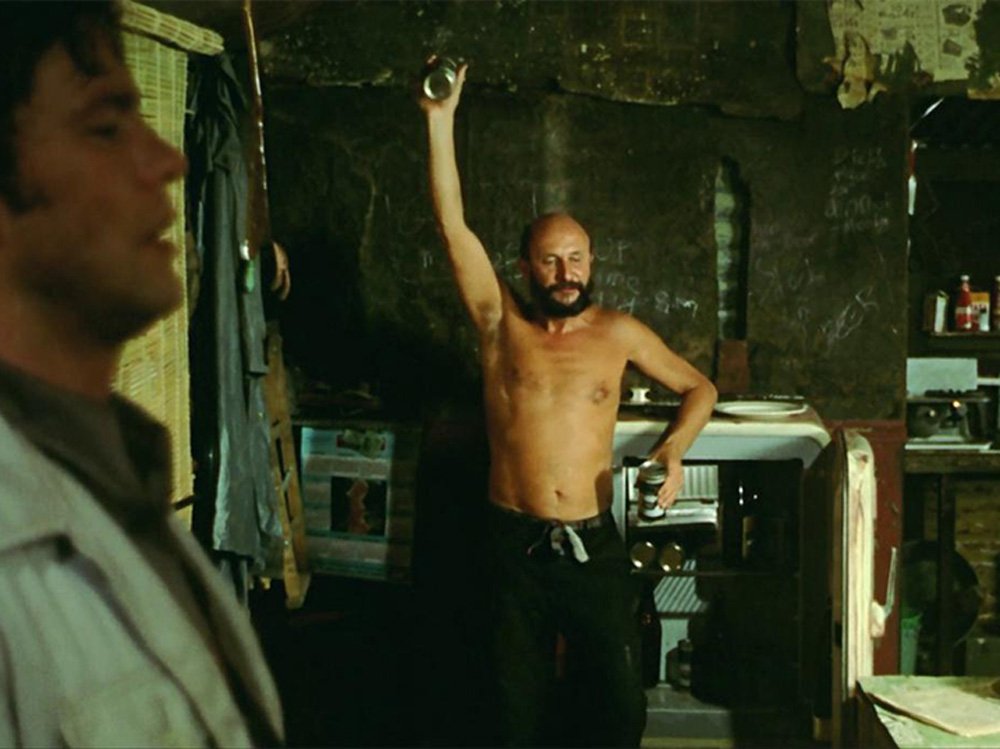 “I’m a doctor of medicine and a tramp by temperament. I’m also an alcoholic. My disease prevented me from practicing in Sydney, but out here it’s scarcely noticeable.” Pleasence may have played Lucifer proper for George Stevens six years earlier in The Greatest Story Ever Told (1965), but he’s every bit the devil again for Ted Kotcheff in Australian cult classic, Wake in Fright.

Doctor to the town of Bundanyabba – aka The Yabba – “The best place in Australia,” Pleasence is just the foremost terroriser of a local school teacher, broke after losing all his money in a barroom coin toss game of two-up. “A deeply – and I mean deeply – unsettling and disturbing movie,” said Martin Scorsese, with much of the film’s uncanny chill emanating from Pleasence in one of his greatest screen roles. 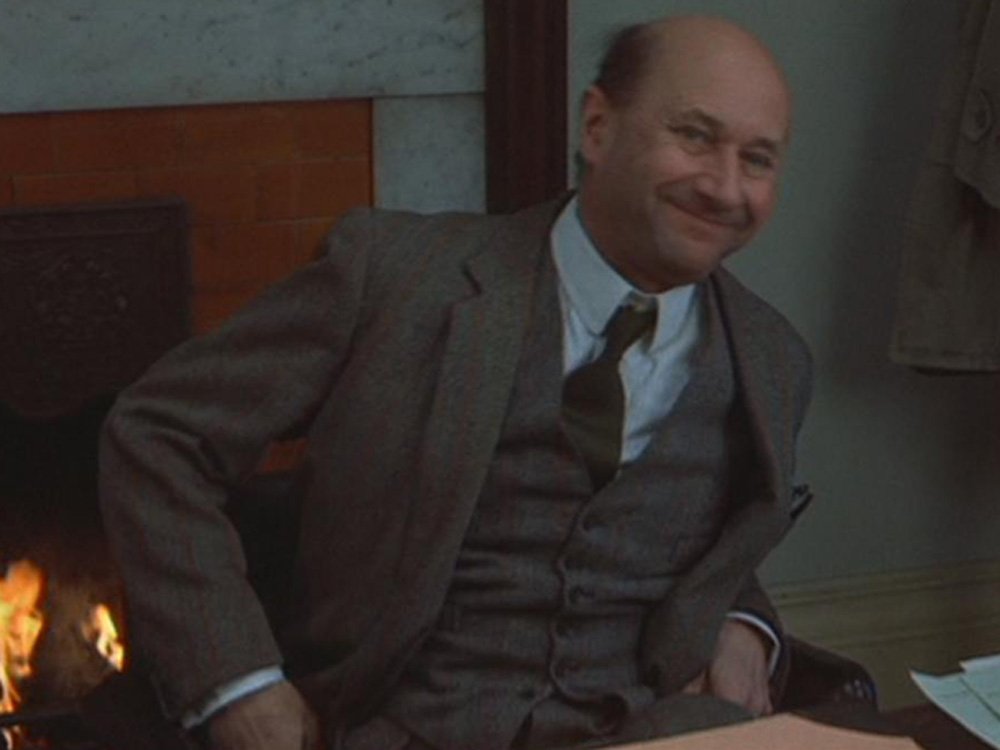 Pleasence is said investigator, a proper London copper of “working class virility,” according to Stratton-Villiers, the insouciant MI5 agent played by Christopher Lee trying to throw him off the trail. Pleasence starred in low-budget horror flicks by the dozen, but this effort – retitled Raw Meat for its US release – is one of the best, the actor clearly relishing the mischief in his dialogue (re a witness to the crime: “Pop round there and see if he’s a nutter”). Of a time and place, for sure – the haircut of the female lead alone denotes this was filmed in the winter of Klute (1971) – but incisive in its dry questions of class and London-centric idiosyncrasies (this despite a hugely annoying sign that offers a District Line transfer at Russell Square). 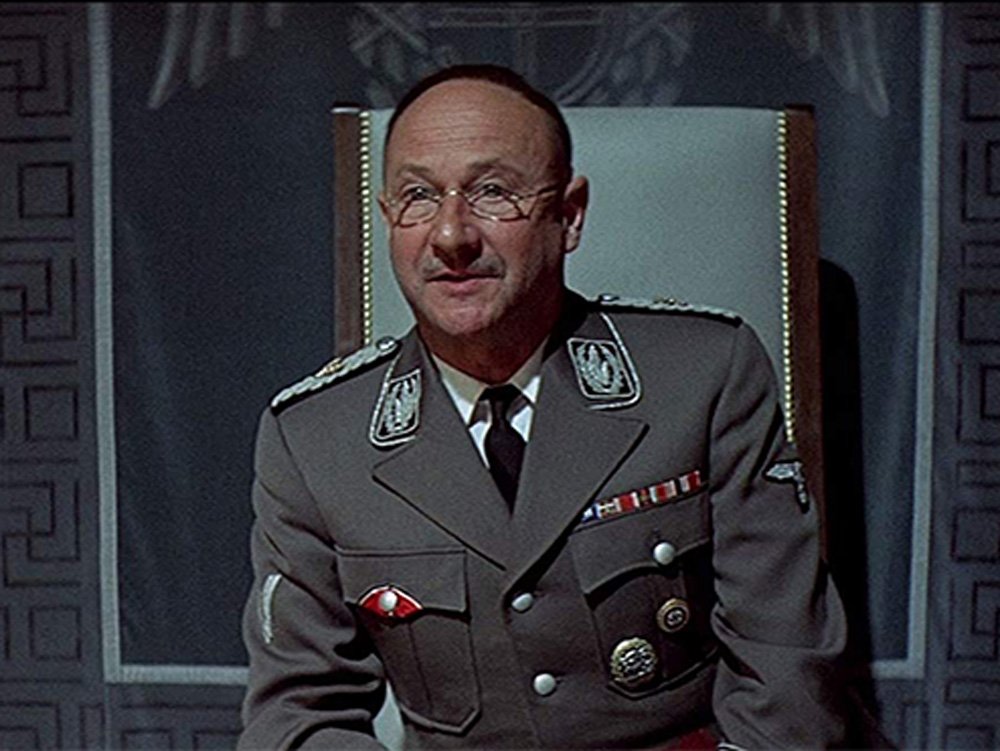 While The Night of the Generals saw Pleasence as a Nazi general embroiled in a plot to assassinate Hitler, The Eagle Has Landed has him following another of his urges for Sturges (this was his third picture with The Great Escape director), resulting in a promotion to the rank of Reichsführer. It’s the last days of the war, Hitler is slowly unravelling, and Pleasence is Heinrich Himmler, custodian of a cunning plan to kidnap Winston Churchill and bring him to Berlin, “A simple exercise in logistics.”

This fun, silly adventure picture belongs to its Lad’s Army of A-listers – Michael Caine, Donald Sutherland and Robert Duvall, all playing accent bingo – but Pleasence quietly steals every second of his limited screen time. Just the one scene perhaps, but chilling in its quietly controlled psychosis. 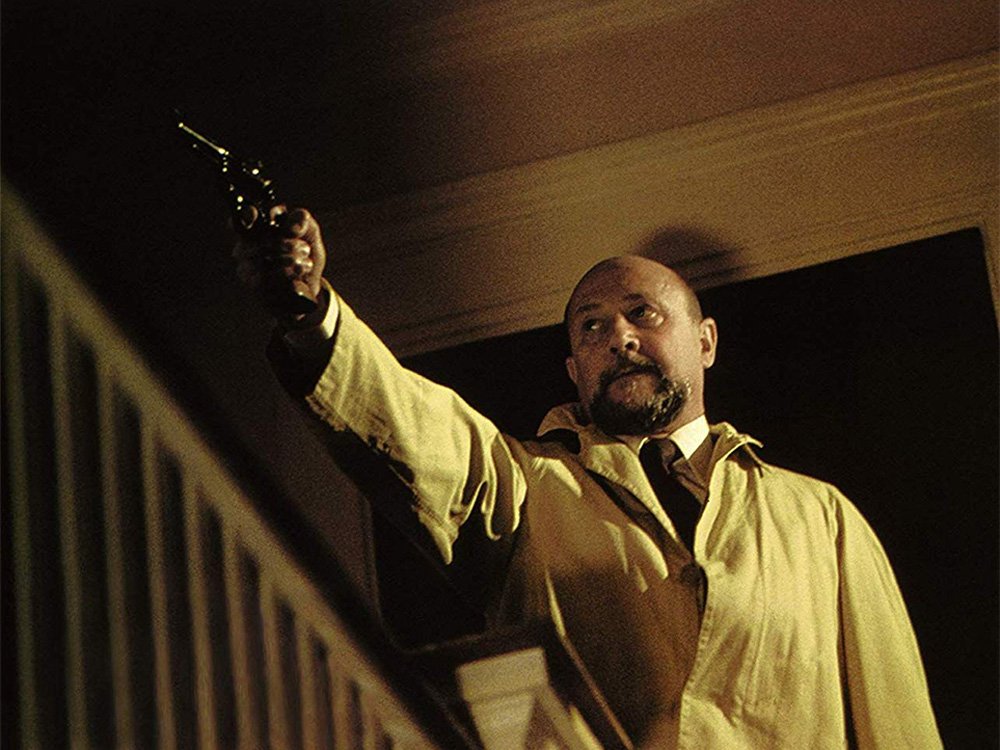 If there’s one role for which Donald Pleasence will always be synonymous, it’s that of Dr Sam Loomis, the psychiatrist with a certain Michael Myers in his care. He could have had no idea at the time of signing on that Halloween would go on to be one of the most successful independent films of its time, or that he’d be returning for four sequels.

The character’s name derivates from that of John Gavin’s in Psycho (1960); the film itself suitably Hitchcockian in the suspense stakes. The role was meant for Peter Cushing, who, at the height of Star Wars’ (1977) success, scoffed at the $20k fee. No such concerns for Pleasence, for whom the low-budget marvel was just one of the 10 pictures to bear his name in 1978.