From A Matter of Life and Death to The Guns of Navarone: these are some of finest places to seek out the debonair comic touch of David Niven. 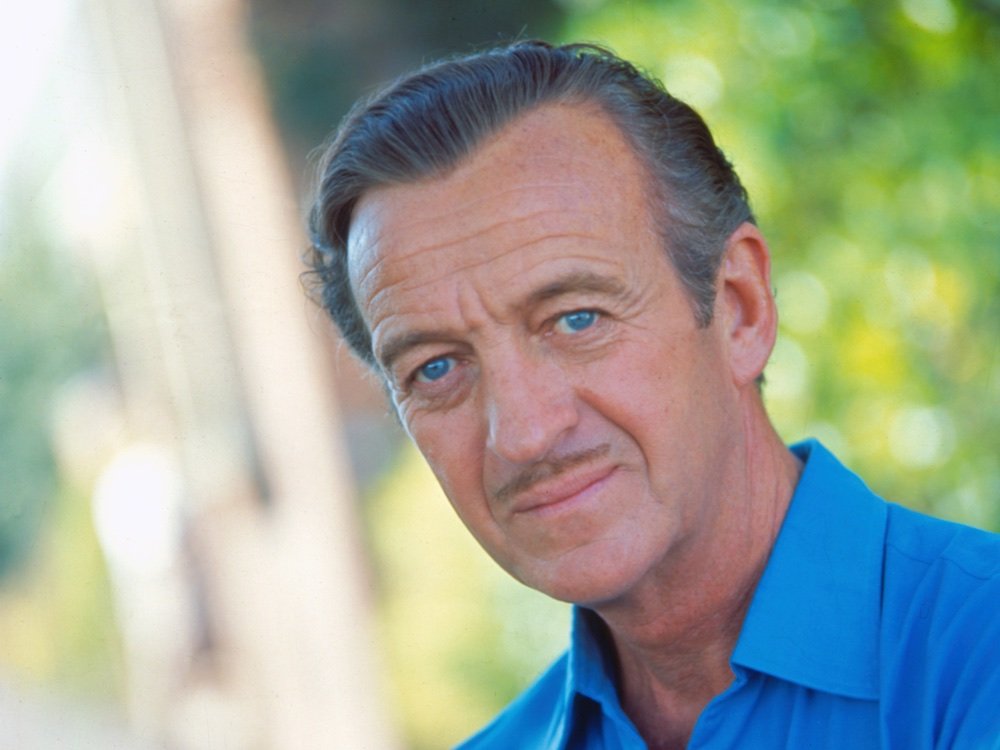 Towards the end of his life, David Niven became such an accomplished chat show raconteur that his achievements in over 90 features were almost eclipsed by his tales of excess at ‘Cirrhosis-by-the-Sea’, the bachelor pad in Malibu that he shared with Errol Flynn. Yet his career is studded with landmarks, such as Otto Preminger’s The Moon Is Blue (1953) defying the Production Code to include the word “virgin” and Michael Anderson’s Around the World in Eighty Days (1956) becoming the first widescreen winner of the Academy Award for best picture.

A debonair romantic lead, a deft comedian and a deceptively versatile character actor, Niven was the screen’s first Bertie Wooster and Ian Fleming’s preferred candidate for 007. But he had to settle for playing Sir James Bond in the 1967 spoof, Casino Royale, which is one of many Niven outings that’s ripe for rediscovery. 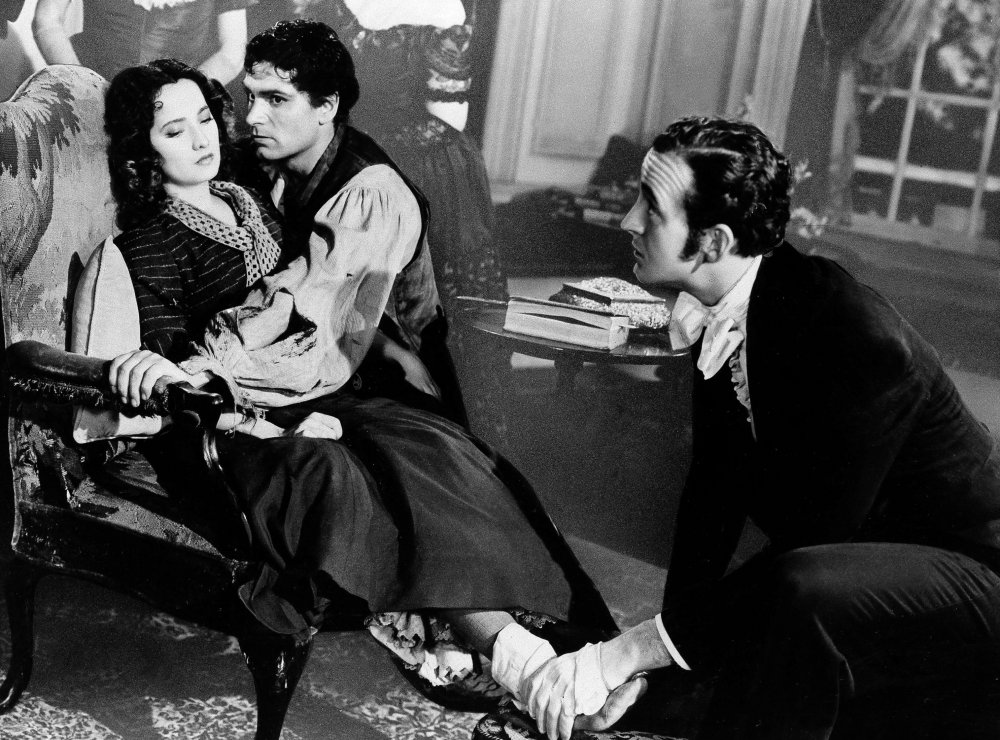 Initially known in Hollywood as Central Casting’s ‘Anglo-Saxon Type No. 2008’, David Niven pursued stardom rigorously through his association with producer Samuel Goldwyn. He trudged through numerous minor roles before producing a display of gentle dignity as Edgar Linton in William Wyler’s moody adaptation of Emily Brontë’s masterpiece. Initially, Niven refused to play a milquetoast and was wary of reuniting with Wyler after his unhappy experience on Dodsworth (1936). But, despite putting him through 40-odd takes of his first scene, Wyler gave Niven an education in screen acting, although his restraint also owed something to the “no crying” clause in his contract. 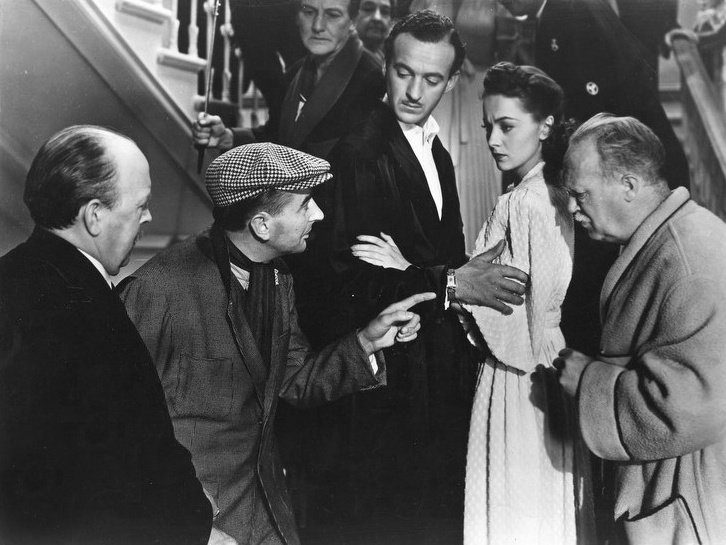 Noting his outward resemblance to Ronald Colman, Goldwyn gave Niven his first star billing in this remake of the 1930 adaptation of E.W. Horning’s novel, The Amateur Cracksman. Niven spends less time wooing Olivia De Havilland than he does duelling with Scotland Yard inspector Dudley Digges, as he seeks to retrieve the emerald necklace that he had intended to steal to help buddy Douglas Walton avoid being cashiered from the army. But Niven proved so dapper and resourceful as the cricketing rogue that Frank S. Nugent declared in the New York Times that his performance was “one of the nicest tributes to burglary we have seen in many a year”. 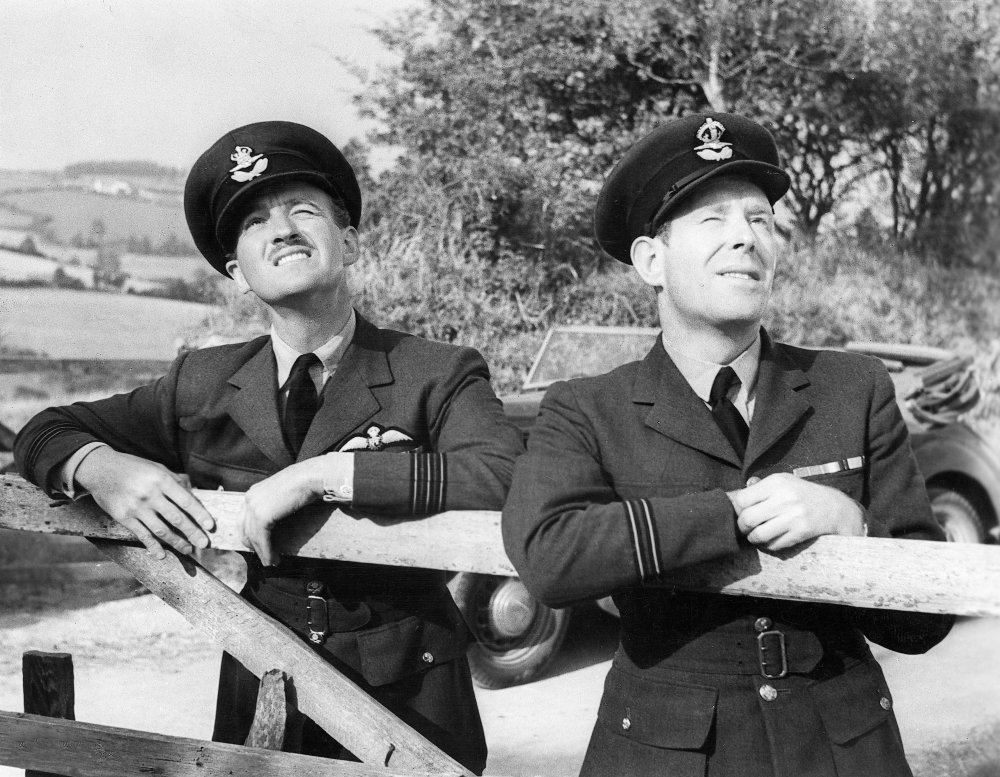 Despite playing a daredevil test pilot (based loosely on Jeffrey Quill), Niven essentially provides comic relief in this factually fanciful paean to R.J. Mitchell, the designer of the Spitfire. While Leslie Howard works himself into an early grave in creating planes to win the Schneider Trophy and the Battle of Britain, Niven flirts shamelessly with every available female. Yet, when a meeting with the Richthofen Club takes a nationalist turn, Niven is quick with the anti-fascist ripostes intended to remind wartime audiences what they were fighting for. Poignantly, Niven ends his last visit to Howard with a thumbs up, which was his own farewell gesture when he died in July 1983. 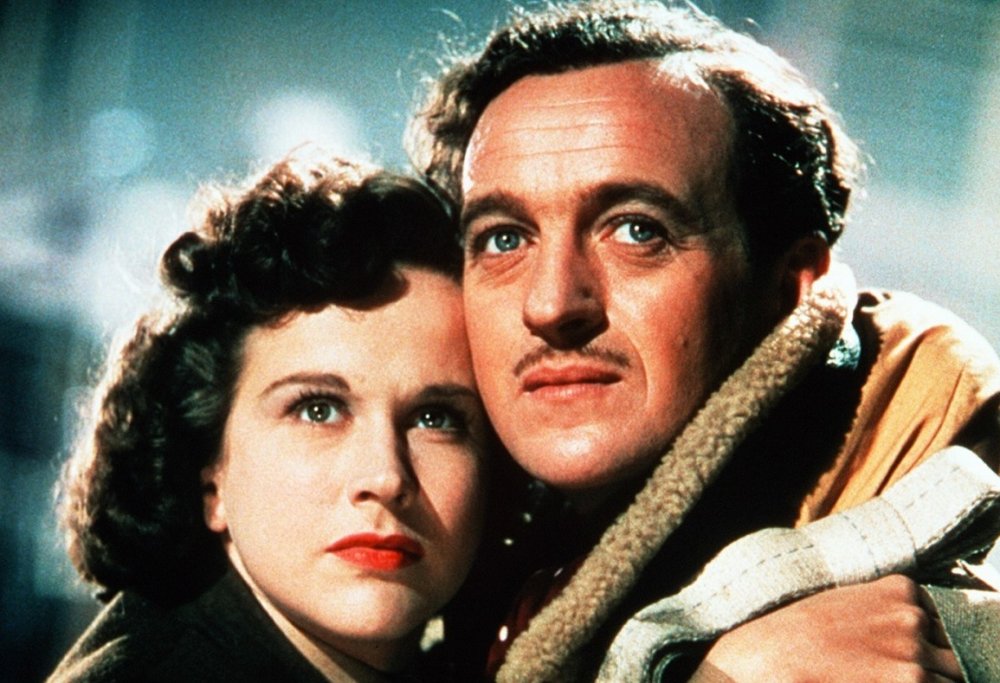 Having impressed as a pilot alongside Errol Flynn in Edmund Goulding’s The Dawn Patrol (1938), Niven took to the skies again in Michael Powell and Emeric Pressburger’s much-loved but spiky treatise on the Anglo-American alliance and the value of life. Powell cast Niven on the strength of his showing in Carol Reed’s flag-waver The Way Ahead (1944), and his Technicolor radio chat with American WAC Kim Hunter, as his burning bomber is hurtling towards its doom, remains one of the most achingly romantic scenes in British cinema. However, the showdown in the monochrome celestial courtroom with Raymond Massey’s abrasive War of Independence hero offers provocative asides on the Special Relationship. 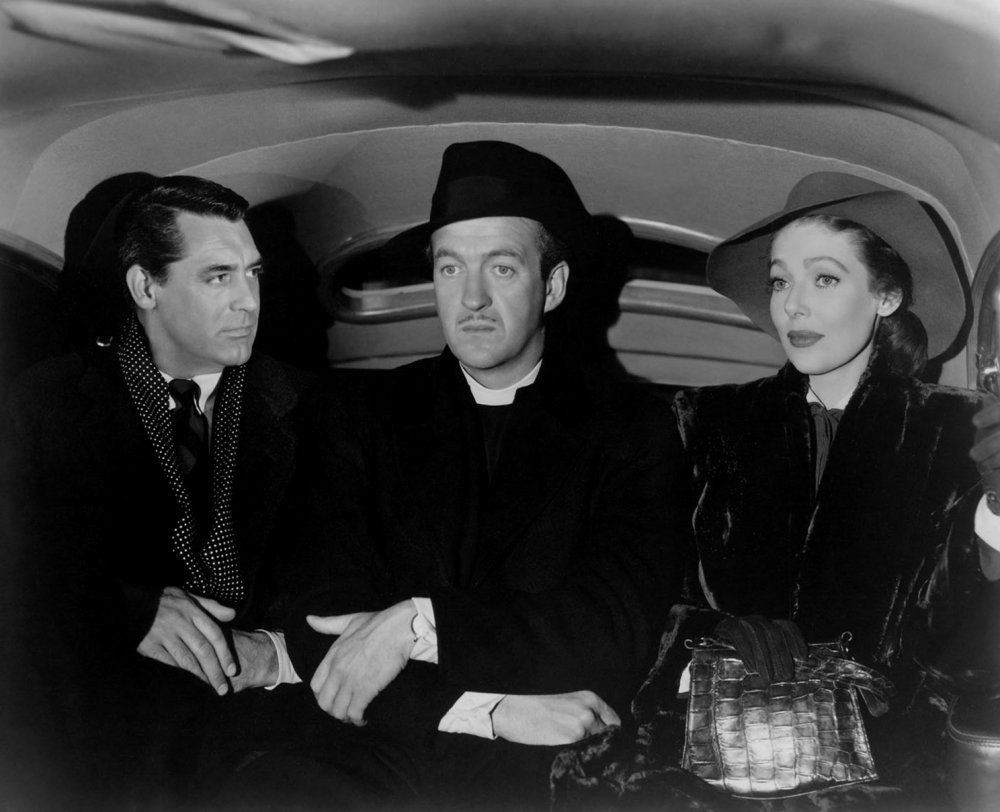 This perennial festive favourite was made while Niven was mourning his 28-year-old wife, Primmie, who had suffered fatal head injuries playing sardines at a party hosted by Tyrone Power. Niven was originally slated to play the angel who repairs the marriage of Loretta Young and careworn bishop Cary Grant. But Grant persuaded Sam Goldwyn to let him swap roles and he stole the picture by turning on the charm. Niven has some splendid moments, however, most notably when he finds himself stuck to a recently varnished chair, and when he delivers the Christmas sermon. 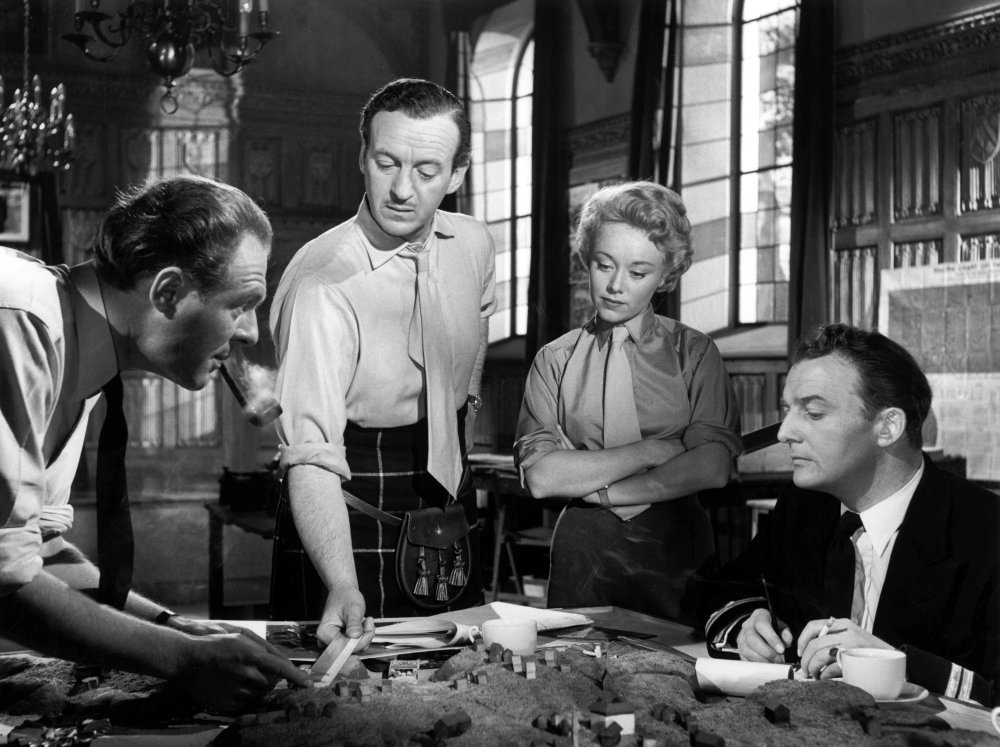 Rooted in a rich tradition of British comedy, this adaptation of a Jerrard Tickell novel has been unduly forgotten. Persona non grata in Hollywood following a bust-up with Goldwyn, Niven seemingly sought to expunge memories of the misfiring Bonnie Prince Charlie (1948) by playing a kilted Scottish major sent to rescue a pregnant pedigree cow from the fictional Nazi-occupied Channel Island of Armorel with ATS cook Glynis Johns and pacifist painter Kenneth More. It’s hardly a warm-up for The Guns of Navarone (1961), but director Ralph Thomas makes fine use of the rugged locale and sustains the suspense with the aide of a sterling ensemble. No masterpiece, but utterly irresistible. 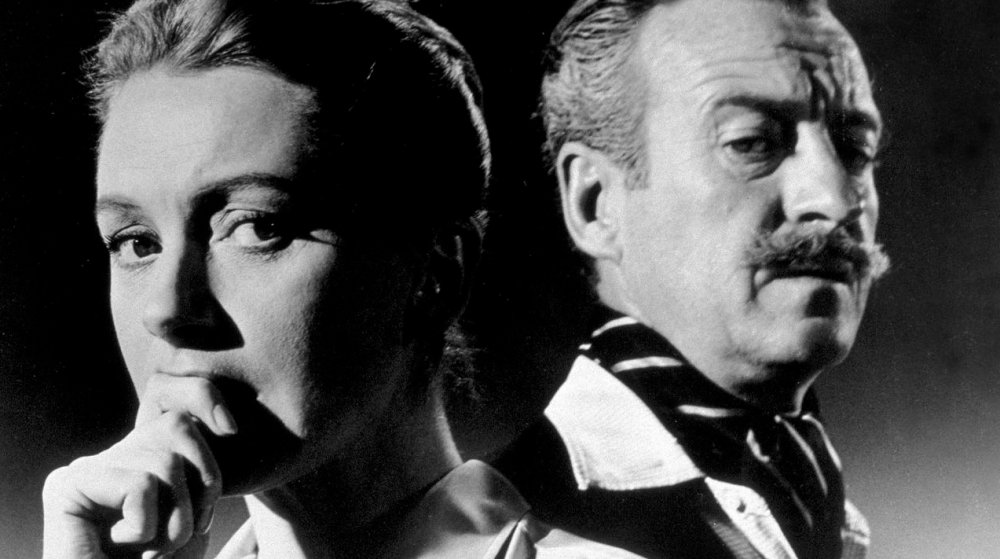 Following his Golden Globe for The Moon Is Blue, Niven won the Oscar for best actor with his touching performance in this deft revision of Terence Rattigan’s stage hit. Much of the action concerning his character occurs while he’s off screen. But Niven uses his 23 minutes to convey the anguish of a bogus major whose cosy existence in a Bournemouth hotel is jeopardised by his unsavoury antics in the local cinema. As they would be in Bonjour tristesse (1958) and Prudence and the Pill (1969), Niven and Deborah Kerr are superb together. But while their heart-to-heart is deeply affecting, the breakfast finale will cause many to cheer while shedding a tear. 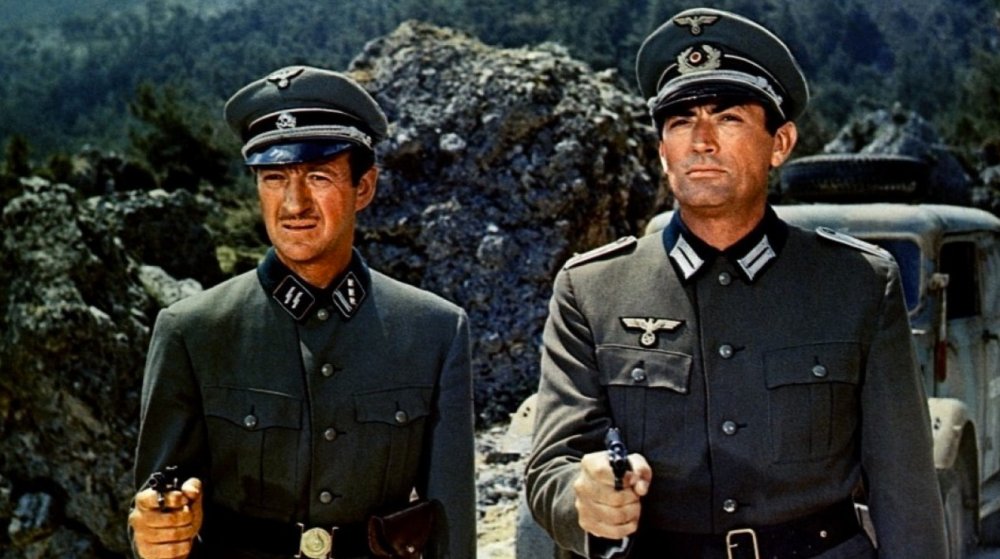 Delays on the Doris Day vehicle Please Don’t Eat the Daisies (1959) meant combat veteran Niven almost lost the role of an explosives expert to Kenneth More in this rousing adaptation of Alistair MacLean’s bestseller. So revelling in being one of the boys that he sought to replicate the experience in Escape to Athena (1979) and The Sea Wolves (1980), Niven gets the best line when he quips that the Nazis have “shocking taste in undies” after the heroes steal some German uniforms. But his standout moments come when he confronts commander Gregory Peck over exploiting Anthony Quayle’s broken leg and when he discovers a traitor in the ranks. 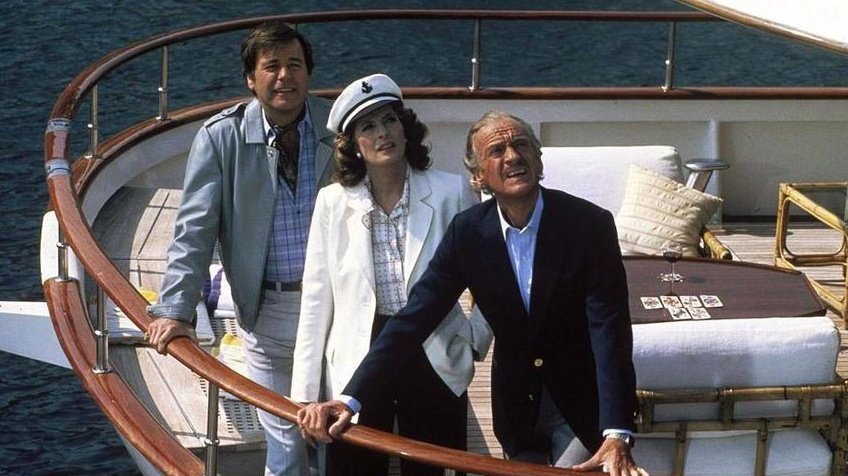 When screenwriter Maurice Richlin first pitched director Blake Edwards the story of a jewel thief in cahoots with a French policeman’s wife, it was designed to cash in on Niven’s performance in Raffles. But, when Peter Ustinov quit the role of Inspector Clouseau because Ava Gardner would no longer be playing his spouse, the focus shifted as Edwards became obsessed with concocting bits of slapstick business for the newly cast Peter Sellers. Niven felt slighted, but he also had some nice comic moments, involving a drunken Claudia Cardinale and a tiger rug and Capucine’s bedtime struggle to prevent Sellers from finding Niven (and nephew Robert Wagner) in their hotel bedroom. 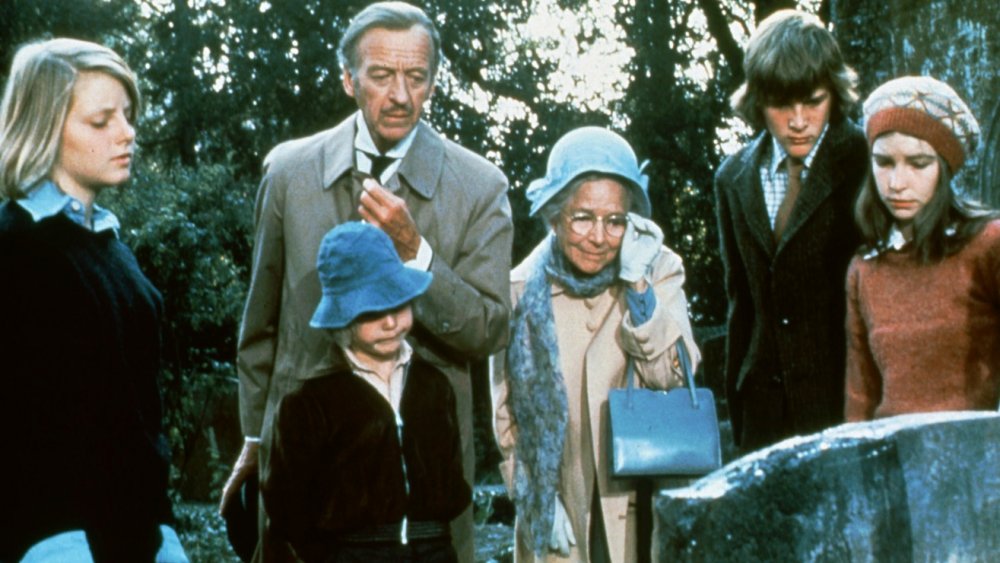 Notwithstanding solid contributions to 55 Days at Peking (1963) and Where the Spies Are (1965), Niven endured an indifferent spell in his later career. But he enjoyed himself in Disney’s take on Michael Innes’s book, Christmas at Candleshoe, after Laurence Olivier and Bruce Forsyth relinquished the part of the resourceful butler, Priory, who adopts various disguises to prevent Helen Hayes from discovering the extent of her penury. Sporting a bushy beard and Scottish accent as Gipping the gardener, a handlebar moustache and Cockney brogue as John Henry the chauffeur and a soup strainer and plummy tone as Colonel Dennis, Niven even had a swashbuckling duel on the Candleshoe staircase with villain Leo McKern.