From Videodrome to Cosmopolis, key stepping stones through the career of master filmmaker and body-horror maestro David Cronenberg. 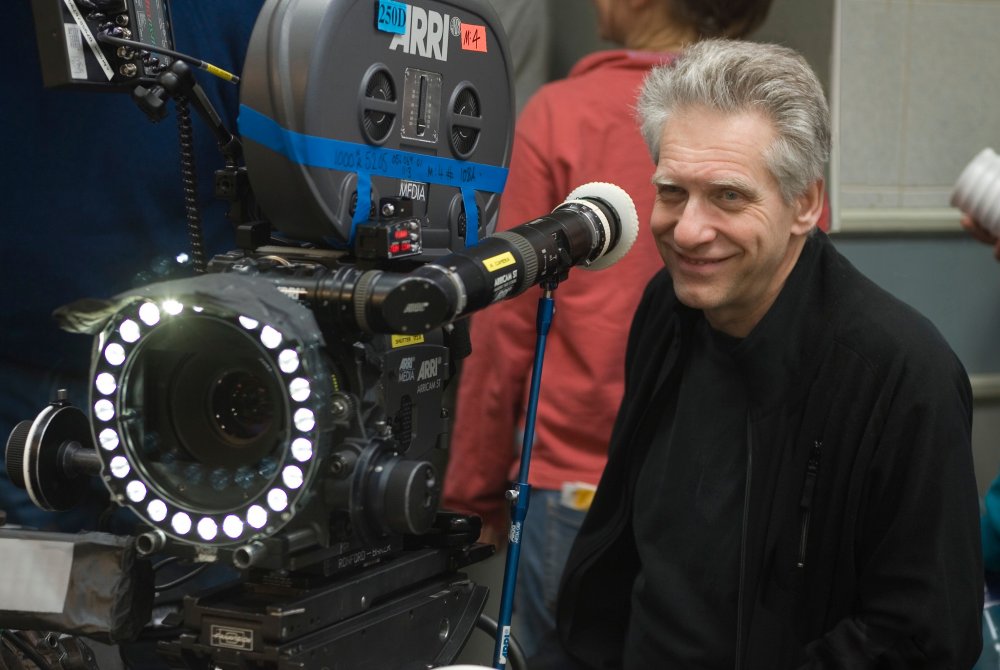 David Cronenberg on the set of Eastern Promises (2007)

Canadian auteur David Cronenberg is best known for his work in the horror genre, particularly his flair for fleshy biological gore, which struck an especially loud chord during the AIDS epidemic of the 1980s. Yet to pigeonhole him simply as a horror director would be unfair on someone who has always pushed his own ability as a filmmaker, constantly addressing new subjects and adopting new techniques. He’s made psychological thrillers, gangster movies, sci-fi, costume drama and even a sports film. Within that breadth of creativity lie deep reflections on identity, family, violence and sexuality. Now well into his 70s, Cronenberg shows no signs of relenting, but he’s already amassed one of the most rich and challenging bodies of work in modern cinema. 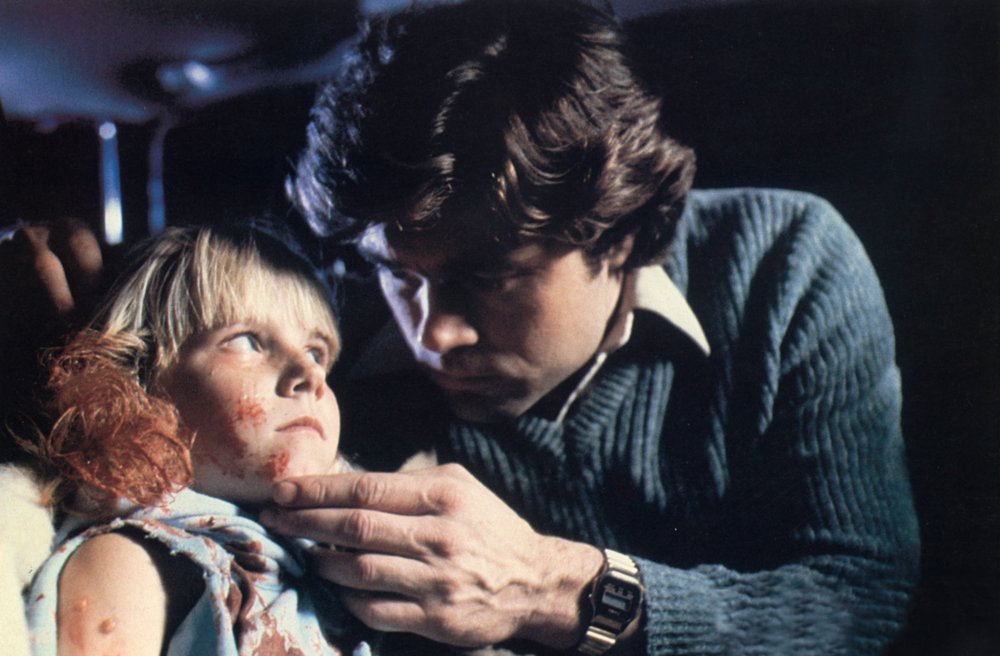 After the early body horrors of Shivers (1975) and Rabid (1977), Cronenberg’s unique take on the genre shifted up a gear with The Brood. It’s a mystery story about a series of gruesome murders that are linked to a family whose mother is undergoing an experimental form of psychotherapy. This 1979 film is best remembered for its bloody conclusion, but tribute should also be paid to two captivating supporting performances: Oliver Reed as the deliciously sinister Dr Hal Raglan, and the hysterical Samantha Eggar as Nola Carveth, a woman who gives life to her savage offspring through sheer rage. 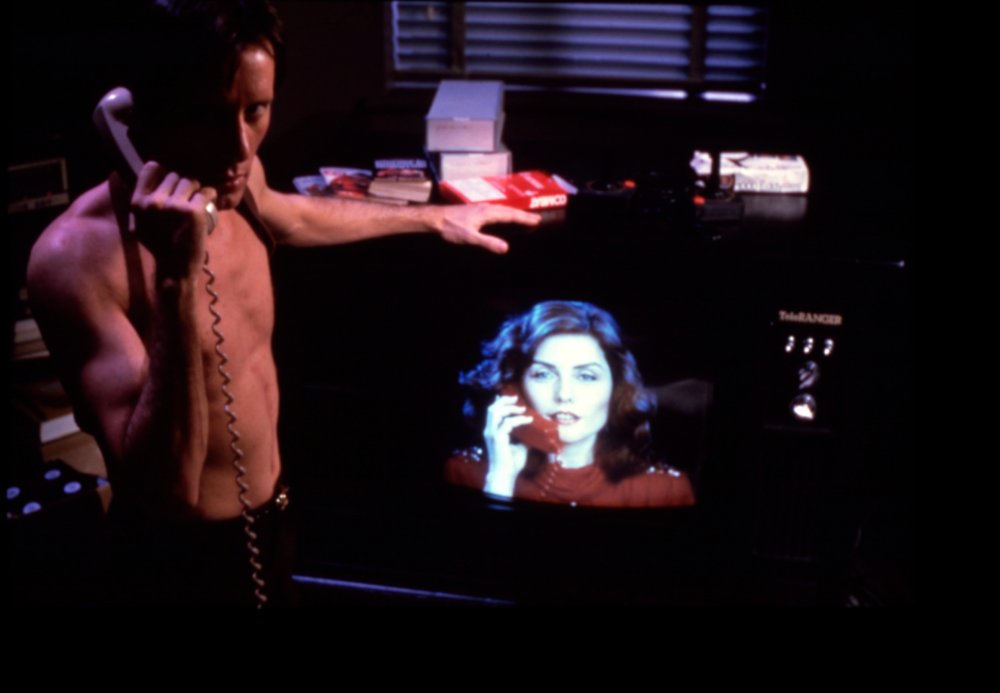 There is much more to Videodrome than James Woods’ mutant hand and seductive anthropomorphic televisions. This was Cronenberg’s reaction to the video nasty scare of the early 80s, a grisly exploration into what might unfold if viewers replicated the extreme depictions of sex and violence available to them on videocassette. TV executive-turned-detective Max Renn (Woods) is a fine lead, but the dangerous philosophy of Videodrome is the real star here as it continuously asks provocative questions about society’s relationship with entertainment and technology. 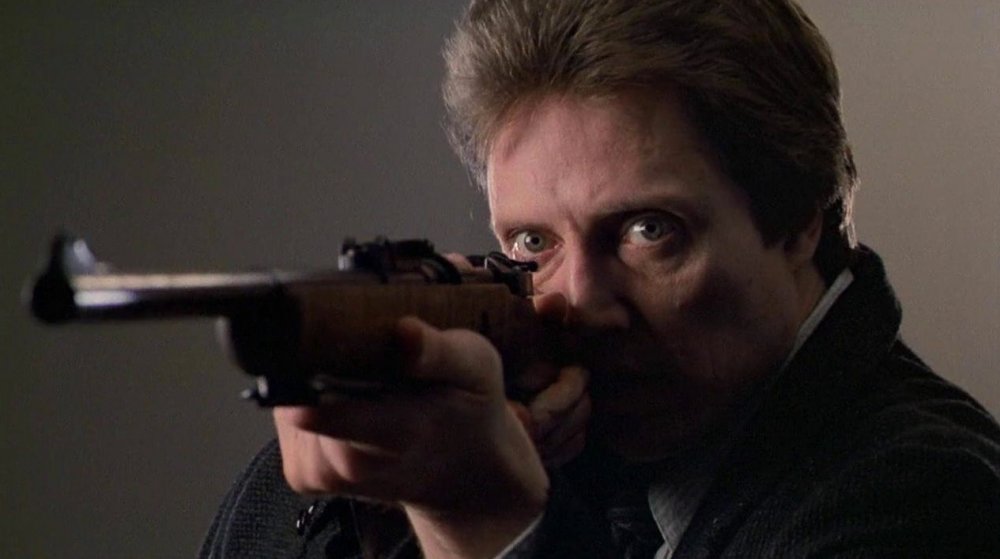 Out of all of Cronenberg’s high-concept films, The Dead Zone feels the most humane. After awakening from a five-year coma, Johnny (Christopher Walken) discovers that the life he knew has left him behind. While readjusting he learns that he now has the ability to see the future of individuals he interacts with, a burden that brings him unwanted attention and trauma. The sci-fi element of this Stephen King adaptation gives the film intrigue, but the sorrow that Walken conveys, accompanied with Michael Kamen’s haunting score, creates a tragedy of Shakespearean proportions. 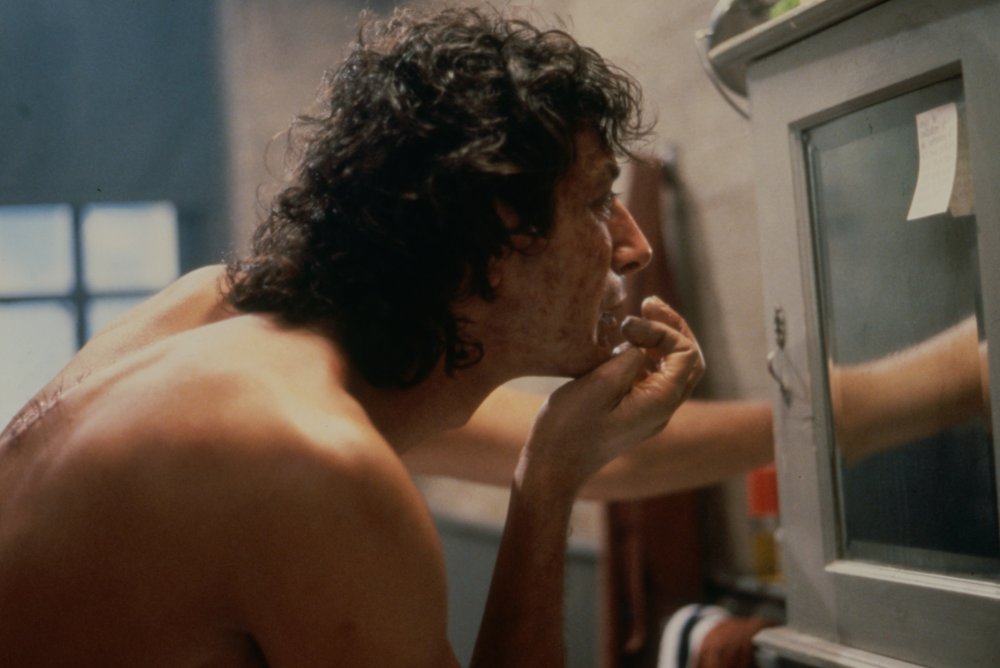 The classic visual of Seth Brundle’s (Jeff Goldblum) repulsively deformed body transforming is a fascinating visual that won The Fly an Oscar for best makeup, but it’s arguably the least interesting part of the movie. Like The Dead Zone, The Fly is a tragedy in which a life and a relationship deteriorate at the hands of an ill-fated science experiment. Brundle’s demise plays out like a fatal disease, slowly destroying him, leaving him introspectively reflecting on his own existence. 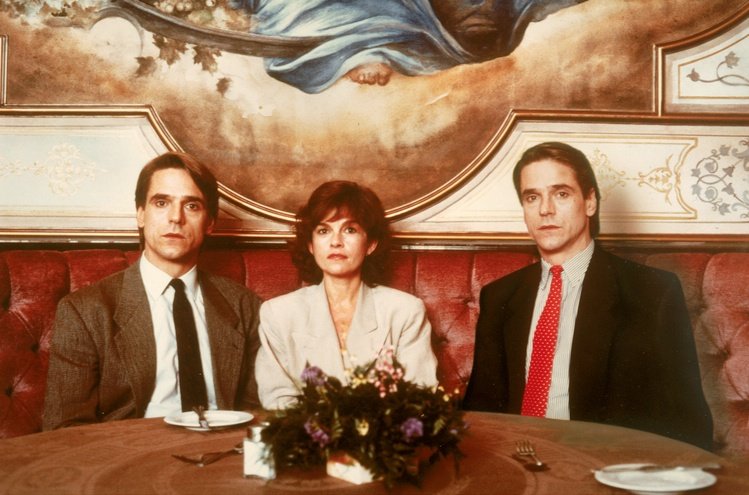 Cronenberg oversaw not one but two great performances from Jeremy Irons in Dead Ringers. The British actor played twin gynaecologists, Beverly and Elliot Mantle, an emotionally contrasting pair who are hopelessly dependent on one another. His remarkable turn, helped by seamless special effects, is so convincing that it would be easy to mistake him for two separate actors. Meanwhile, Geneviève Bujold acts as an anchor between the pair, intriguing them both romantically and scientifically. This is an accomplished film, both in craft and sentiment, yet its overall despondency results in possibly Cronenberg’s bleakest film. 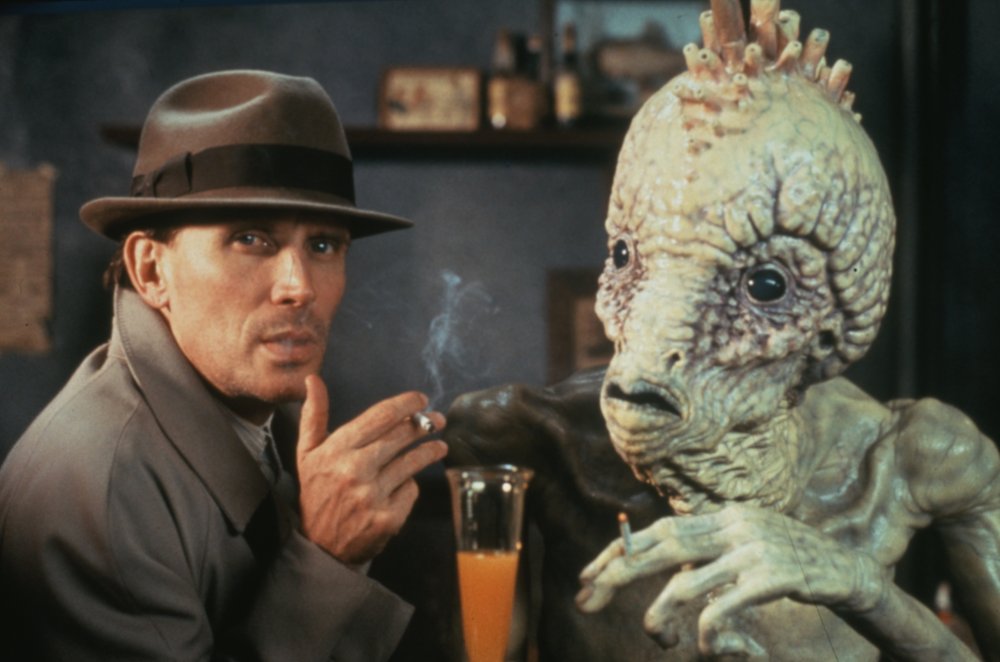 Naked Lunch is less of an adaptation of William S. Burroughs’ landmark novel than a homage to the writer’s life and work. At first, it appears to be a surrealist spy thriller about junkies, but it then morphs into a profound take on the power of literature and authors. It’s a lurid, darkly comic and often grotesque film laced with metaphors and imagery that are unlikely to become clear even after multiple viewings. Cronenberg has made better films than Naked Lunch, but rarely has his talent flourished so vividly. 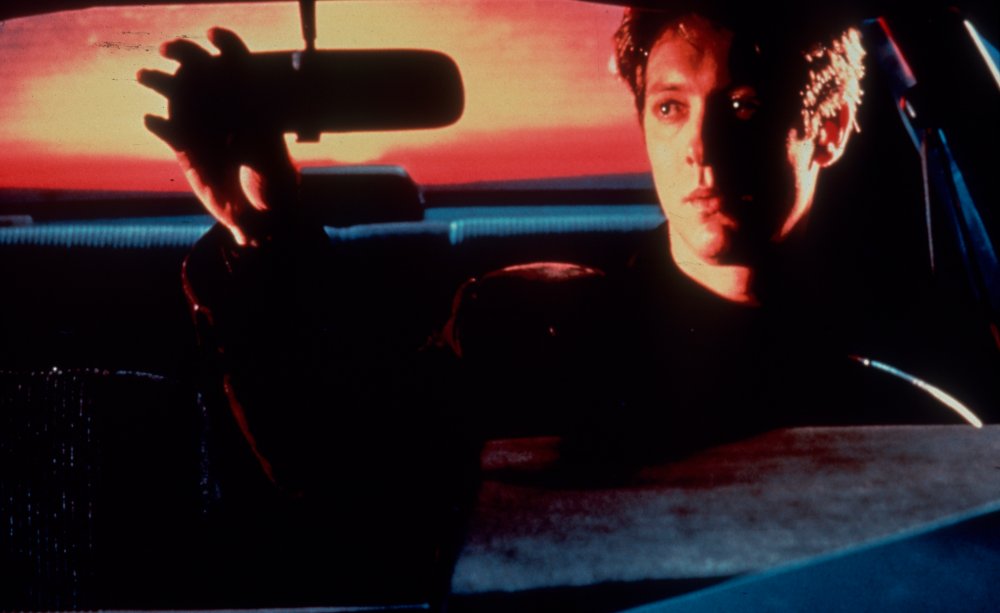 Based on J.G. Ballard’s controversial novel of the same name, Crash follows people who have developed a taste for an extreme fetish: car crashes. Shot almost like pornography, the film subscribes to a voyeuristic tone that is aesthetically cold and emotionally sparse. The cast, which includes James Spader, Elias Koteas and Holly Hunter, produce alien-like performances: they act with glacial mannerism and converse in whispers. Although not as visceral as some of Cronenberg’s other movies, Crash proves to be a mesmerising critique on pleasure and the modern sexualisation of vehicles. 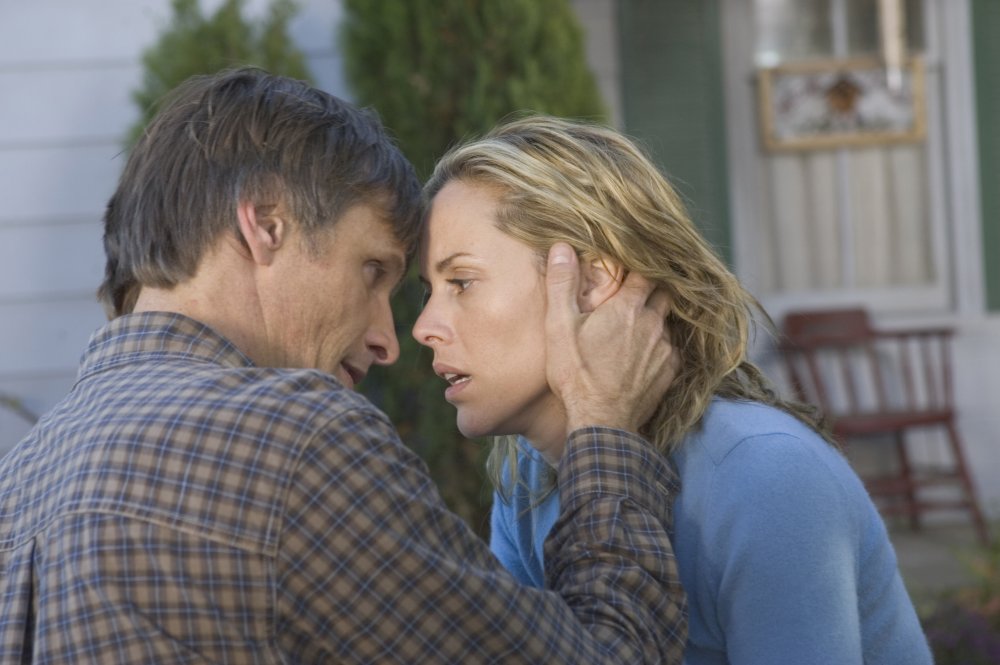 Out of Cronenberg’s entire filmography, A History of Violence stands up as the most accessible movie, both visually and thematically. The protagonist, Tom Stall (Viggo Mortensen), possesses great humility and warmth, but, when threatened, his dangerous instincts are just too hard to suppress. The consequence of crime is the underlining theme of the film, as Tom’s actions affect everyone he interacts with. This is also Cronenberg’s highest earning film to date. Is he condemning the violence, which he has showcased in the past, and, in turn, his audience, who have revelled in his unique brand of brutality for decades? 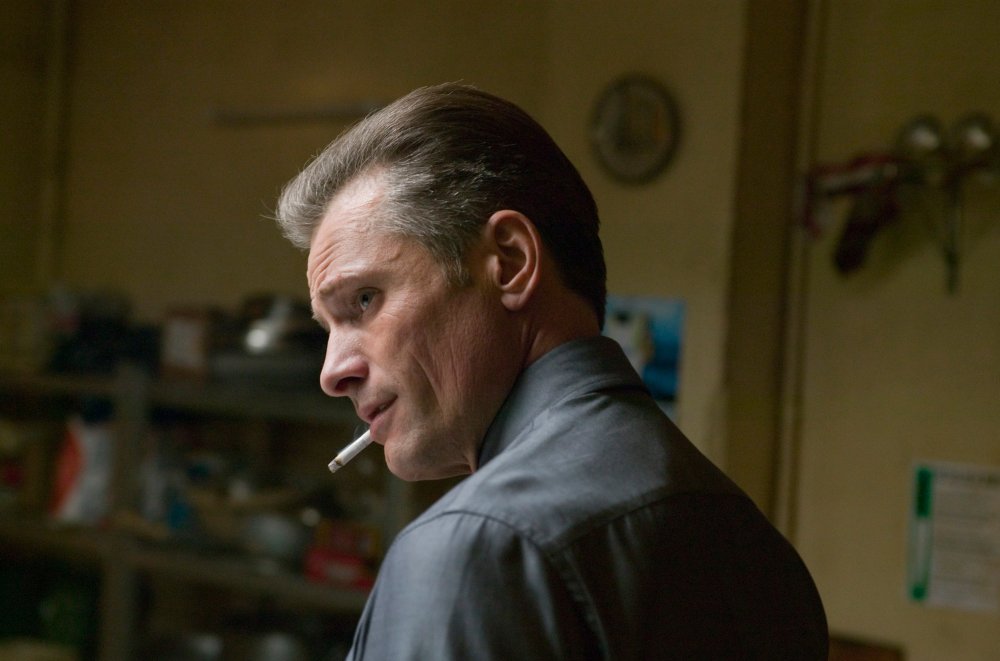 The violence of Eastern Promises is perhaps the natural climax for Cronenberg’s obsession with the subject. From the butchering of a Russian mafia member’s throat in the first scene to the beautifully choreographed fight in the bathhouse, violence is less frequent here than in other Cronenberg movies, but it is shocking and poignant. The sacrifices the characters make are exemplified by battle scars and by tattoos, which they earn through respect and loyalty. While characters do not sport the same deformities seen in The Brood or The Fly, their frailties are equally exposing and evocative. 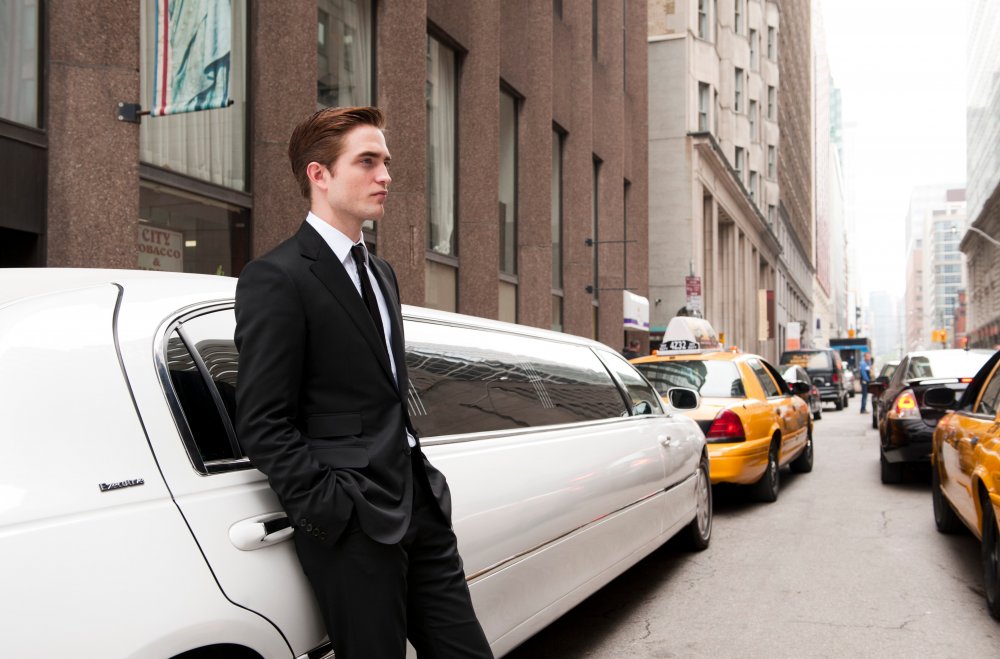 Eric Packer (Robert Pattinson), who is witnessing the collapse of his financial empire, takes an elongated limo trip across New York to his childhood barber. He is longing for a reconnection to the real world, which he achieves, not through sentimental memories, but through intense philosophical conversations with cohorts. The topics of time and capitalism are forensically analysed in a way that is both impenetrable and hypnotic, much like the source material by Don DeLillo. The message of Cosmopolis is too knotty to digest in one sitting, but Cronenberg’s blend of dense dialogue and stylish visuals weaves a rewarding tapestry that’s typical of his work.