Remembering some of the finest on-screen appearances of the legendary musician and actor David Bowie.

Ziggy Stardust and the Spiders from Mars (1973) 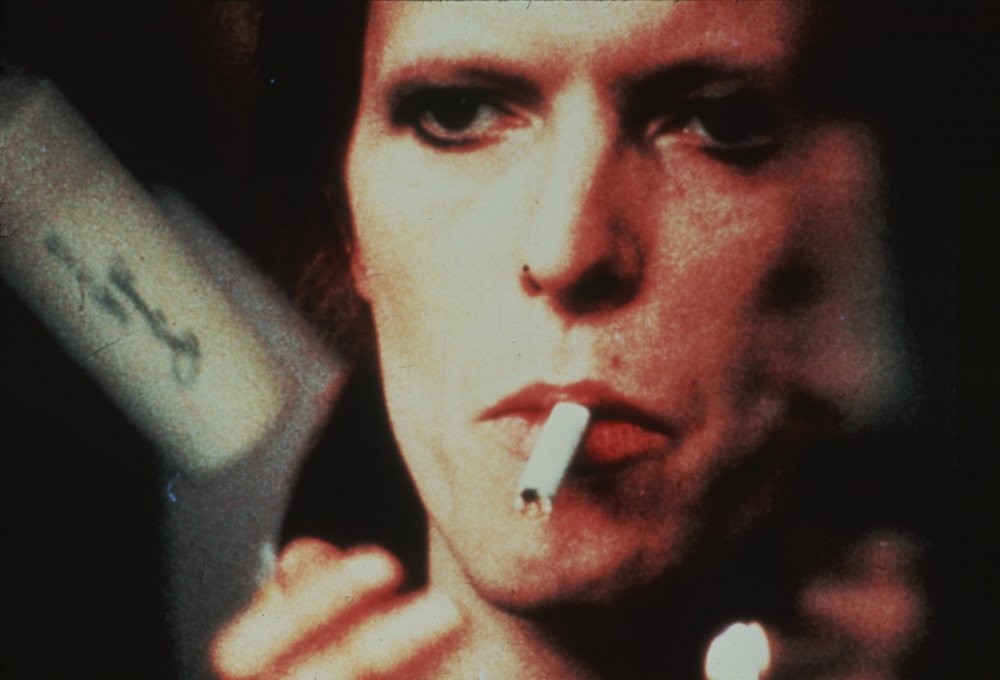 Six years after following Bob Dylan on his British tour for Dont Look Back (1967), American documentary maker and ‘direct cinema’ pioneer D.A. Pennebaker filmed Bowie on the final night of his Aladdin Sane tour at the Hammersmith Apollo. Bowie subsequently ditched his Ziggy Stardust persona altogether, leaving this extraordinary record of the Spiders from Mars era languishing on the shelf for a decade before it materialised on home video in the early 1980s. It can now be seen in all its glory as one of the great concert movies, mixing vérité backstage footage with immortal coverage of Bowie/Stardust running through all of his best glam-era hits. 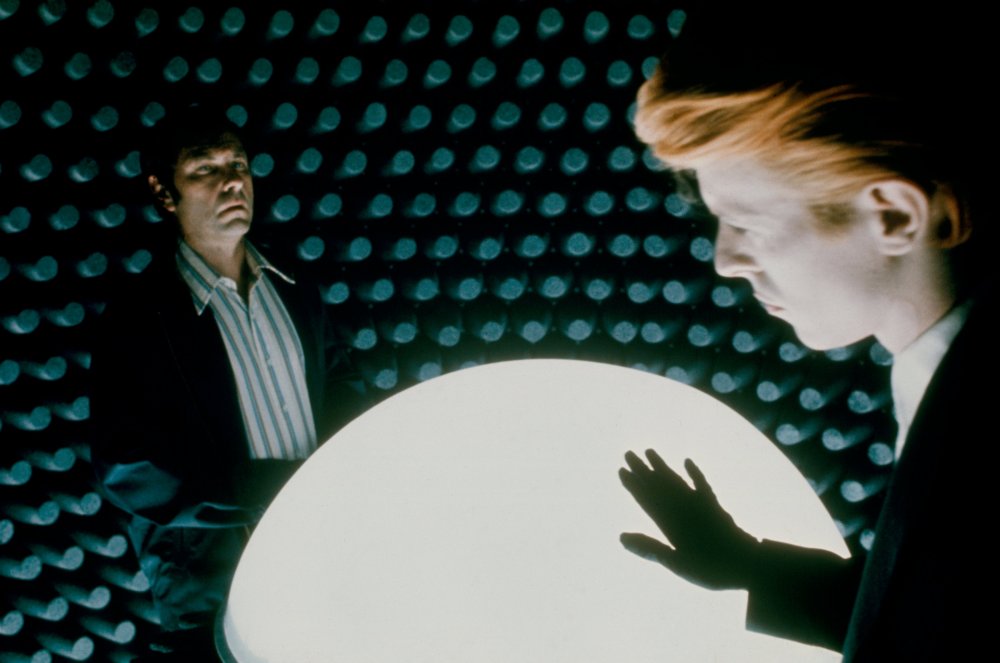 Bowie’s first starring role came in Nicolas Roeg’s visionary sci-fi film The Man Who Fell to Earth, the story of an alien’s surreal experiences after its spaceship crash lands on Earth. Bowie advances on the otherworldly image of his Ziggy Stardust persona, playing Thomas Jerome Newton as a fragile, increasingly emaciated dandy, evolving the Thin White Duke image of his contemporaneous Station to Station LP. By his own admission, Bowie was heavily using cocaine in this period and the combination of his elegantly wasted performance and Roeg’s fractured, often startling visuals make for one of the strangest sci-fi films of the era – a clear influence on the recent Under the Skin (2013). An image of Bowie from the film was used on the cover of the artist’s 1977 masterpiece Low. 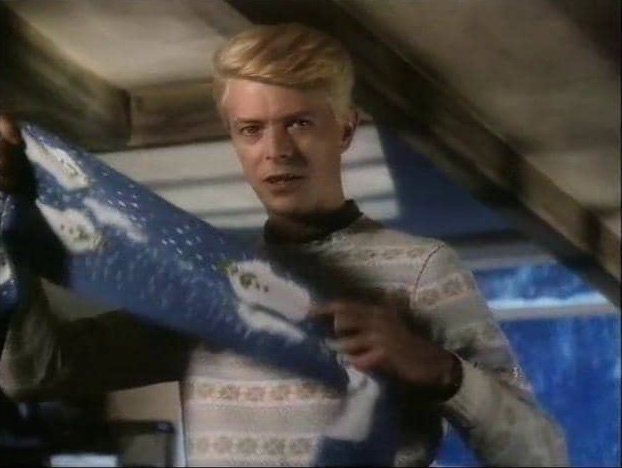 Always adept at switching between roles, in 1982 the chameleonic rock star proved himself quite at home with the cosy British Christmas, releasing both his hit version of ‘Little Drummer Boy’ with Bing Crosby and appearing as the grown-up, live-action narrator in the animated TV version of Raymond Briggs’ children’s book The Snowman. Appearing with bleached blonde hair and in a woolly Christmas jumper, he climbs up into an attic he says is “full of memories” to begin telling the story of his childhood adventures. For a generation of kids, this short but vivid prologue would be their first exposure to one of rock’s most brilliant figures. 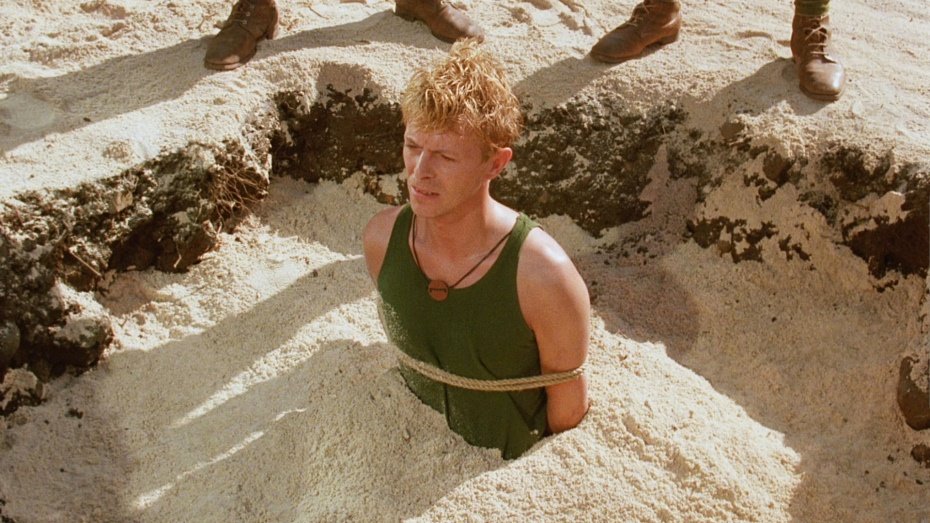 In 1983 Bowie starred in two major films: as part of the love-triangle vampire drama with Catherine Deneuve and Susan Sarandon in Tony Scott’s The Hunger, and as Major Jack Celliers in Nagisa Oshima’s prisoner-of-war film Merry Christmas Mr. Lawrence. With an evocative score by Ryuichi Sakamoto, this powerful epic was based on the experiences of Sir Laurens van der Post in a Japanese PoW camp during the Second World War. Van der Post’s memoirs were adapted into a screenplay by Paul Mayersberg, who had also written The Man Who Fell to Earth, though it was Oshima who selected Bowie for the lead role, after being impressed by the star’s stage turn in The Elephant Man. 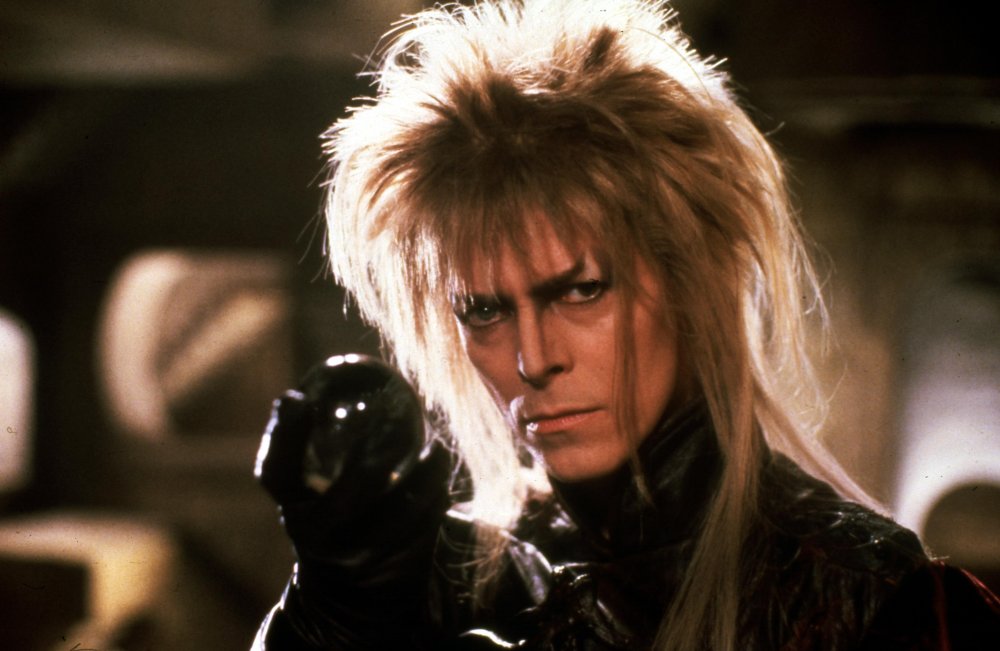 The mid-80s was not a peak period for Bowie’s music, but he was further cementing his claims on immortality by starring in this Jim Henson fantasy. It’s a film beloved by anyone who was the perfect age to thrill to its Wizard of Oz-derived story about a young girl (Jennifer Connelly) who must negotiate the perils of a fairy-tale maze to reclaim her kid brother from the clutches of Bowie’s goblin king Jareth. Scripted by Monty Python Terry Jones, Labyrinth significantly built on the appeal of Henson’s previous fantasy, The Dark Crystal (1982), and much of the charm is down to Bowie’s colourful, multi-outfitted and elaborately bouffed turn. In later years, he returned to kids’ material by guesting as voice on animations Arthur and the Invisibles (2006) and the TV series SpongeBob SquarePants.

Read more about Bowie on film