From the Dark Knight to his Oscar-tipped turn as Dick Cheney in Vice, we celebrate the many faces of British movie star Christian Bale. 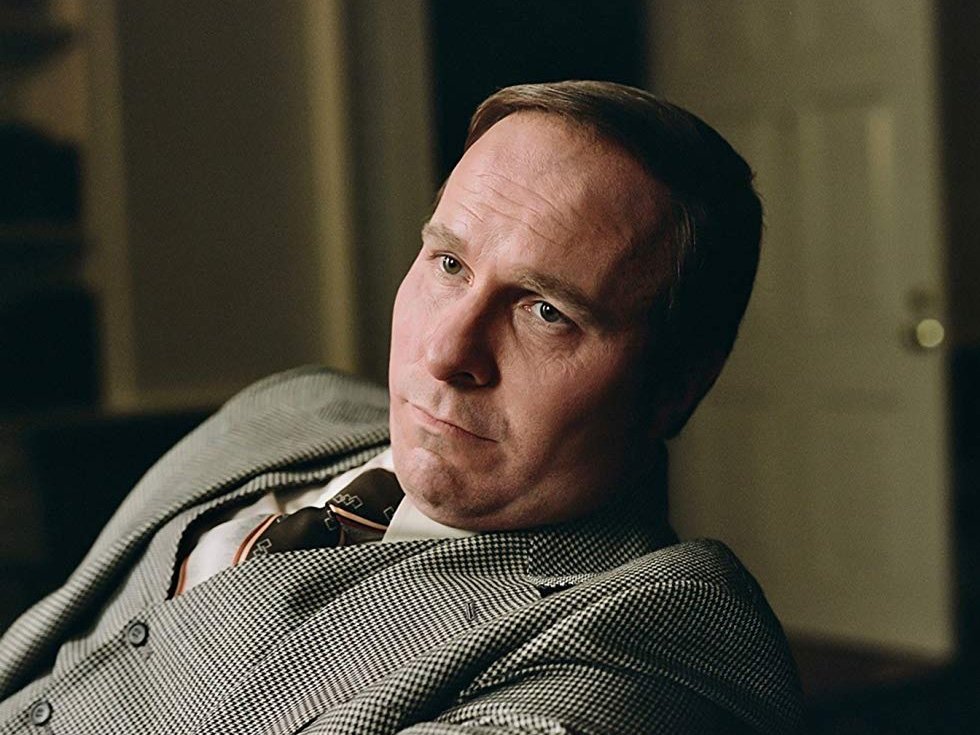 Acting professionally from the age of eight, he won the lead in a Steven Spielberg epic at 12, landed Batman at 29 and is now, aged 44, tipped to win a second Oscar, for his role as W. Bush White House panjandrum Dick Cheney in Adam McKay’s Vice. It’s a remarkable career especially considering that Christian Bale, a movie star who has rarely appeared comfortable in the spotlight, is also an actor who – by his own admission – never got around to studying the craft.

Bale’s films have instead been his testing ground. More interesting than the punishing physical transformations that have become his trademark, Bale has explored different avenues of performance over the course of his career, trying naturalism in his collaborations with Scott Cooper and Terrence Malick, stoic old-Hollywood heroism in the likes of Public Enemies (2009) and 3:10 to Yuma (2007), a borderline-parodic method intensity in his David O. Russell movies and gonzo experimentation in American Psycho (2000) and The Machinist (2004).

With just days to go until the Oscars are announced, here are the Brit shapeshifter’s 10 essential turns.

Out of the gate, Bale gave one of his greatest performances in Steven Spielberg’s Second World War epic Empire of the Sun. As Jamie, the upper-class English schoolboy separated from his parents and taken prisoner when the Japanese army invades British Shanghai, Bale delivers some of the least self-conscious child acting ever put to film. First spoiled and sheltered among the British expats, then starved and wild after three years in Suzhou internment camp, Jamie’s evolution from privileged to feral and unrecognisable to his own parents is heartbreakingly played by the newcomer.

Whether starved, bloated, bearded or masked, Bale’s characters tend not to make a show of the actor’s natural leading man looks. One exception is Laurie, object of affection for the female ensemble of Gillian Armstrong’s Little Women. The closest he’s ever come to playing the heartthrob, Bale’s charming performance suggests there might be a parallel universe in which he actually became a floppy-haired romantic lead – though the actor’s emphasis on glowering entitlement in Laurie’s pursuit of the March sisters hints that his interests always lay in exploring the dark side.

Bale’s obsession with extreme character transformation began here, with his role in Mary Harron’s barbaric satire on 80s yuppie culture. Packing on muscle and burnishing his teeth with Hollywood veneers, Bale also took inspiration from nouveau shaman Nicolas Cage’s exaggerated performance in Vampire’s Kiss (1988), early indication that Bale would become similarly interested in taking the big swing as an actor. In a deliberately superficial turn, Bale plays homicidal Wall Street trader Patrick Bateman like a demented Jim Carrey creation, moonwalking into murder scenes and orchestrating chilly threesomes with all the self-seriousness of a man who would soundtrack one to Genesis’ ‘In Too Deep’. 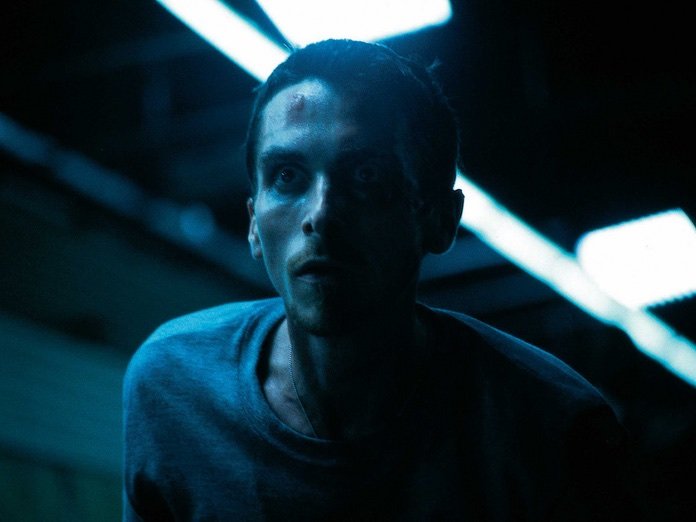 So animated as Patrick Bateman, Bale in contrast makes a zombie out of Trevor Reznik, the insomniac lathe operator at the centre of Brad Anderson’s monochrome nightmare The Machinist. The headlines focused on the 62 lb weight loss, but Bale’s final pre-Batman fame performance is more than a gimmick. Bale moves and talks as if hypnotised in the role, only snapping into focus in Reznik’s fantasies starring an idealised version of himself. Bale’s wasted physique isn’t just an impressive human special effect either – the very sight of the wraithlike Reznik, a sleepwalking ghoul haunting his own existence, turns Anderson’s film from psychological thriller into outright horror.

While Christopher Nolan inarguably changed the superhero movie, it could also be said that Christian Bale changed the superhero. As the Nolan’s troubled Bruce Wayne, Bale introduced the possibility of soulful introspection beyond the wisecracks for cinema’s comic book heroes. Bale reserved even bolder choices, meanwhile, for Wayne’s alter ego, with Batman in Bale’s interpretation a classic movie monster that shudders with rage and speaks with a guttural snarl. Bale’s own fang-like gnashers have never looked more appropriate in a role.

He’s been city banker/serial killer in American Psycho, industrialist/crimefighter in the Dark Knight films and slick businessman/con artist in American Hustle (2013), but Bale’s interest in duality is explored most satisfyingly in The Prestige. His is a dual dual role, Bale playing not just twins pretending to be one man, but two halves of a person taking turns to be anonymous showman Alfred Borden or his stage-magician alter ego The Professor. With both Bordens utterly consumed by their art (this can’t help but feel like a personal role), only upon close inspection – Bale subtly plays one twin quieter and more affectionate, the other cocksure and cold – does the brilliance of Bale’s trick reveal itself. 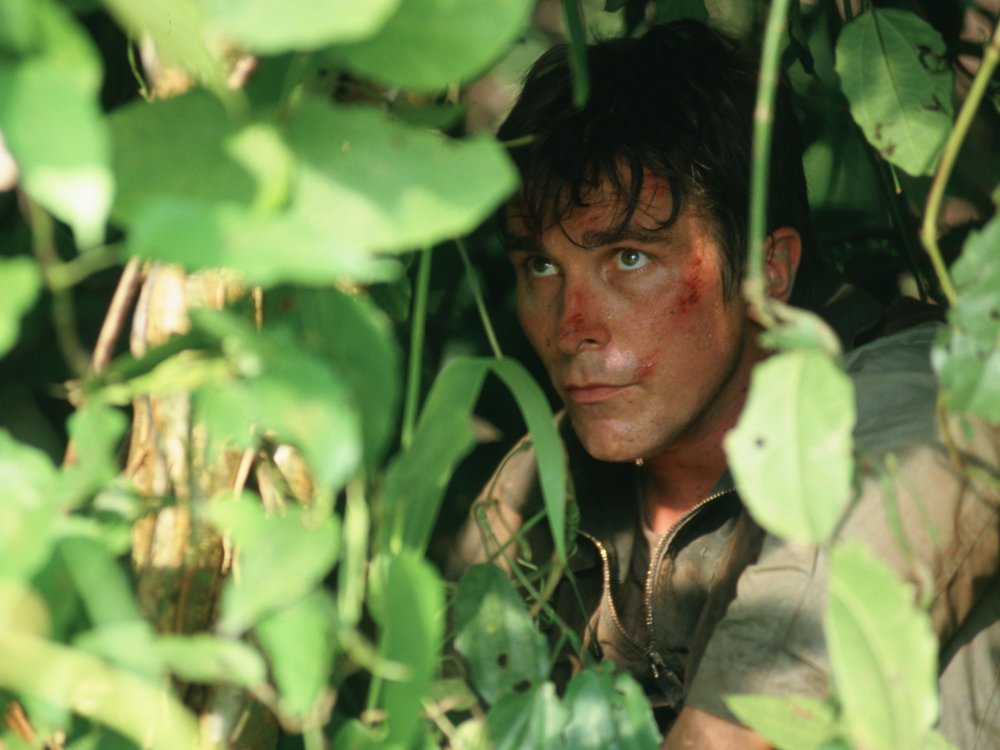 Meeting his match in Bavarian adventurer-filmmaker Werner Herzog, Bale’s interpretation of acting as an endurance sport is tested to the limit in Herzog’s Rescue Dawn. In addition to dropping 55 pounds, Bale is suckered with hungry leeches, dragged behind water buffalo and submerged into a narrow well with hands tied behind his back. Such performance intensity is at odds with Bale’s good-humoured portrayal of a German-American pilot shot down over Laos at the onset of the Vietnam war. With Bale again playing a resourceful, fighter plane-obsessed PoW, Rescue Dawn feels like the actor’s spiritual sequel to Empire of the Sun, only here the character’s perpetual sunniness reads as eccentricity and, eventually, a kind of madness. 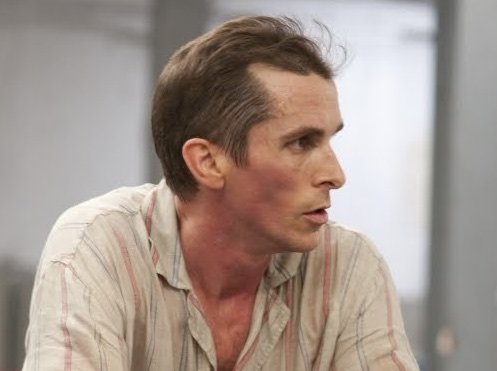 To win his Oscar, Christian Bale had to first make it look like work. As Dicky Eklund, the junkie ex-boxer training his brother (Mark Wahlberg) to be the fighter he never was, Bale turns in a self-consciously busy performance. Any actorly showboating aside, though, Bale also brings to The Fighter the under-utilised gift for physical comedy that he first displayed in American Psycho. In one standout scene, as Dicky jumps out a crackhouse window into a dumpster to avoid his mother at the front door, Bale flails and expresses so extravagantly he could be in a silent era comedy skit.

Before he tasked him with playing an obese, baldheaded septuagenarian in Vice, Adam McKay posed Bale an arguably even greater acting challenge: make a hedge fund manager, whose scenes chiefly find him in a Wall Street office fielding calls and reading data off a computer screen, compelling. Channeling real-life 2008 financial crash augur Michael Burry, an unshowy Bale paints a complex picture of a man who’s somehow superior yet sensitive, chipper yet humourless, content in his solitude but still achingly lonely. For bringing a crucial emotional centre to a film full of amoral, bellicose chancers, Bale earned a deserved third Oscar nod. 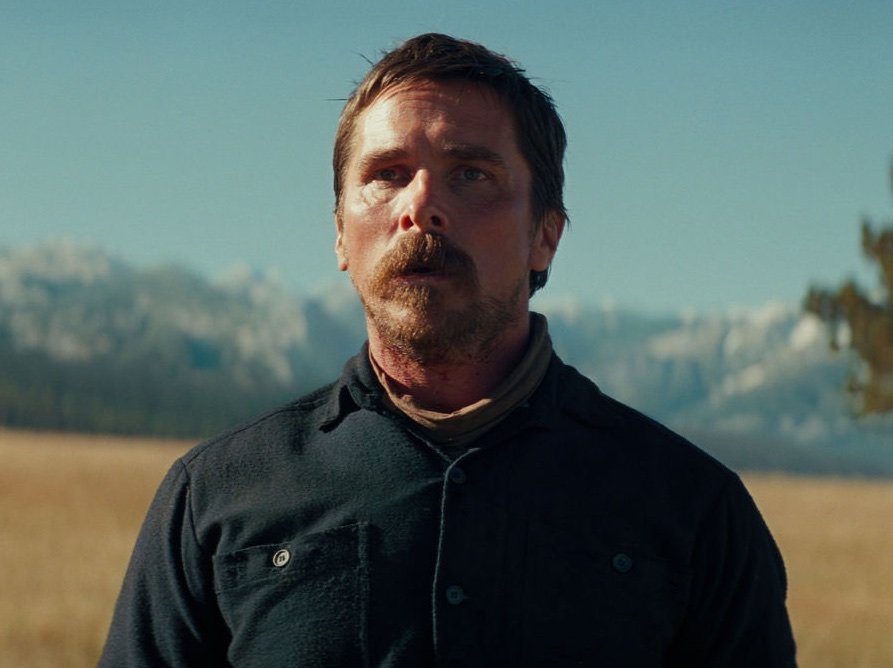 After giving one of his most emotionally naked performances for writer-director Scott Cooper in Out of the Furnace, Bale strips away the feeling for his second film with Cooper, the exquisitely bleak revisionist western Hostiles. Playing the grave Captain Joseph Blocker, a veteran of the Indian wars ordered to escort a dying Cheyenne chief to his home territory, Bale is all interior. Having written his own lines of internal dialogue for Blocker’s silences, Bale speaks little but conveys constantly the hurt and the hatred that have taken root through to the captain’s very soul.