A nomination for the Oscar for best picture guarantees a film immortality, right? Wrong… Here are 10 best picture pretenders that nobody talks about anymore. 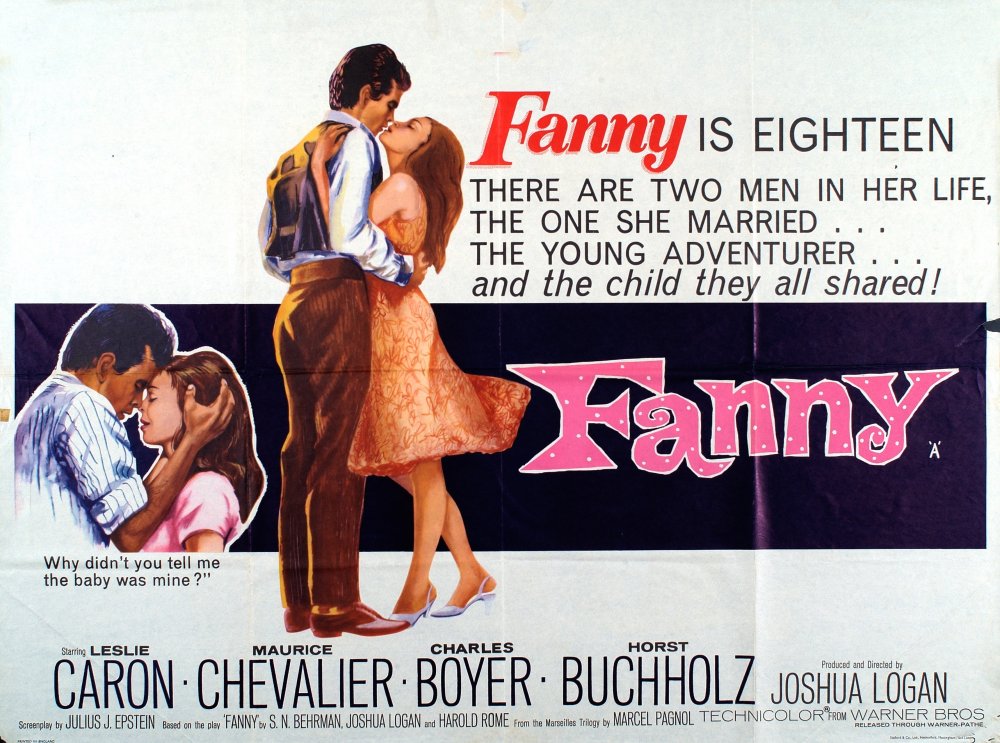 With the nominations for the 90th Academy Awards now in, we look back at some of the forgotten films that have featured in the best picture category. There are degrees of ‘forgotten’. Ernst Lubitsch’s The Patriot (1928) appears to have perished, while only one print is known to exist of Lewis Milestone’s The Racket (1928), Frank Lloyd’s East Lynne (1931) and Irving Cummings’s The White Parade (1934). But the following titles simply slipped into an obscurity that suggests some should never have been cited in the first place. 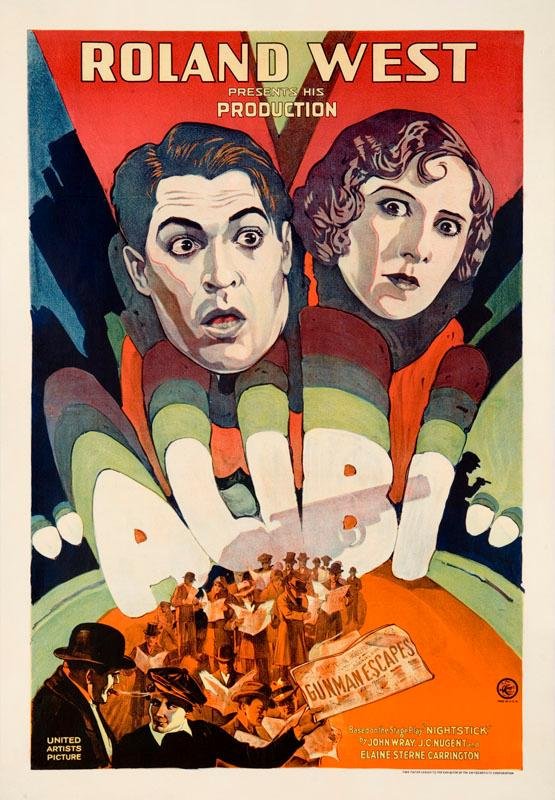 Lost out to: The Broadway Melody

Adapted from the hit Broadway play Nightstick, this was released in silent and sound versions and was feted for its gritty depiction of police methods in cracking crime. Time has not been kind to the mannered thesping, although Chester Morris was nominated for best actor for his performance as a mobster using sergeant’s daughter Eleanor Griffith as his alibi for robbery and murder. Director Roland West was noted for his experimental visuals and he drew plaudits for draping William Cameron Menzies’ nominated deco sets in lowering Expressionist shadow. 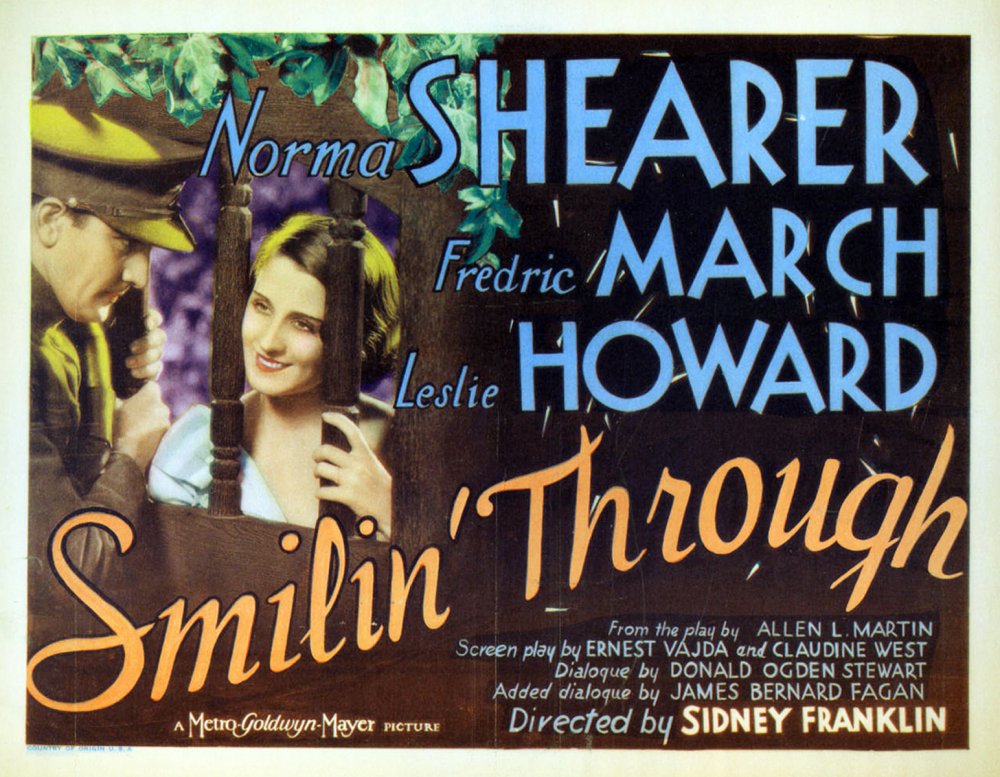 Lost out to: Cavalcade

Pipping spurned gems like Ernst Lubitsch’s Trouble in Paradise and Rouben Mamoulian’s Queen Christina, Sidney Franklin’s take on Jane Cowl and Jane Murfin’s 1919 play can count itself lucky to have been nominated. Yet, while this flashbacking tearjerker feels a bit formulaic and saccharine, it typifies the glossy perfectionism demanded by MGM production chief Irving Thalberg. Moreover, Fredric March and Norma Shearer are undeniably touching as the Edwardian sweethearts seeking to overcome the opposition to their union of her uncle (Leslie Howard), who has not forgiven March’s father and Shearer’s aunt for a wedding day tragedy. 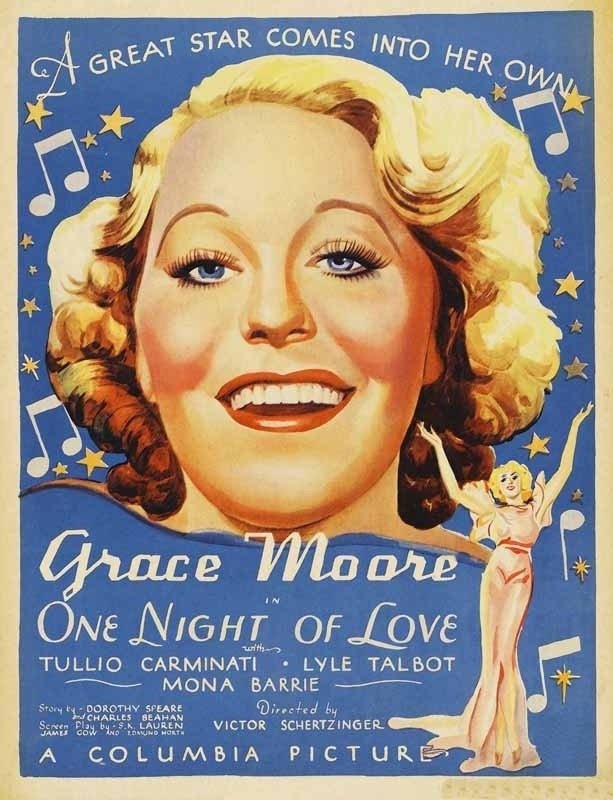 Lost out to: It Happened One Night

Twelve features were nominated for the top prize in 1935 and it’s safe to say that Frank Borzage’s musical Flirtation Walk, Lloyd Bacon’s comedy Here Comes the Navy, and this operatic confection would not have featured in a reduced field. Despite winning the first Oscar for best music score and earning nominations for Grace Moore and director Victor Schertzinger, this is a lightweight frippery about an aspiring diva falling for her demanding vocal coach. Columbia boss Harry Cohn promoted the picture as accessible culture and scored a surprise box-office hit. But its middlebrow mediocrity is now all too evident. 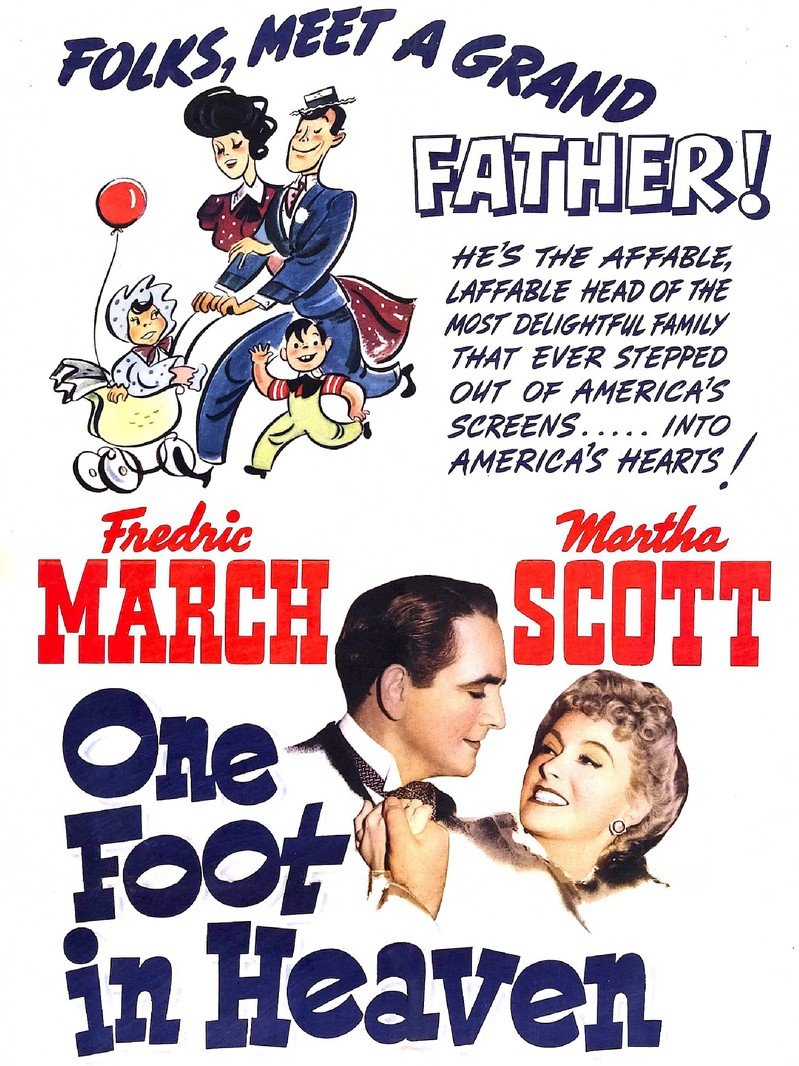 Lost out to: How Green Was My Valley

It’s easy to see why Hollywood warmed to this biopic of Methodist minister William Spence, as it includes a scene in which the reverend follows his teenage son to the pictures to remonstrate about the evils of the medium and winds up being converted by the William S. Hart western The Silent Man (1917). But the real reason for the sleeper success of Irving Rapper’s laudably restrained drama was the blend of cosy domesticity and spiritual sentimentality that informed many studio offerings during the war. Fredric March is typically excellent, but his moral message has had fewer takers in more secular, consumerist times. 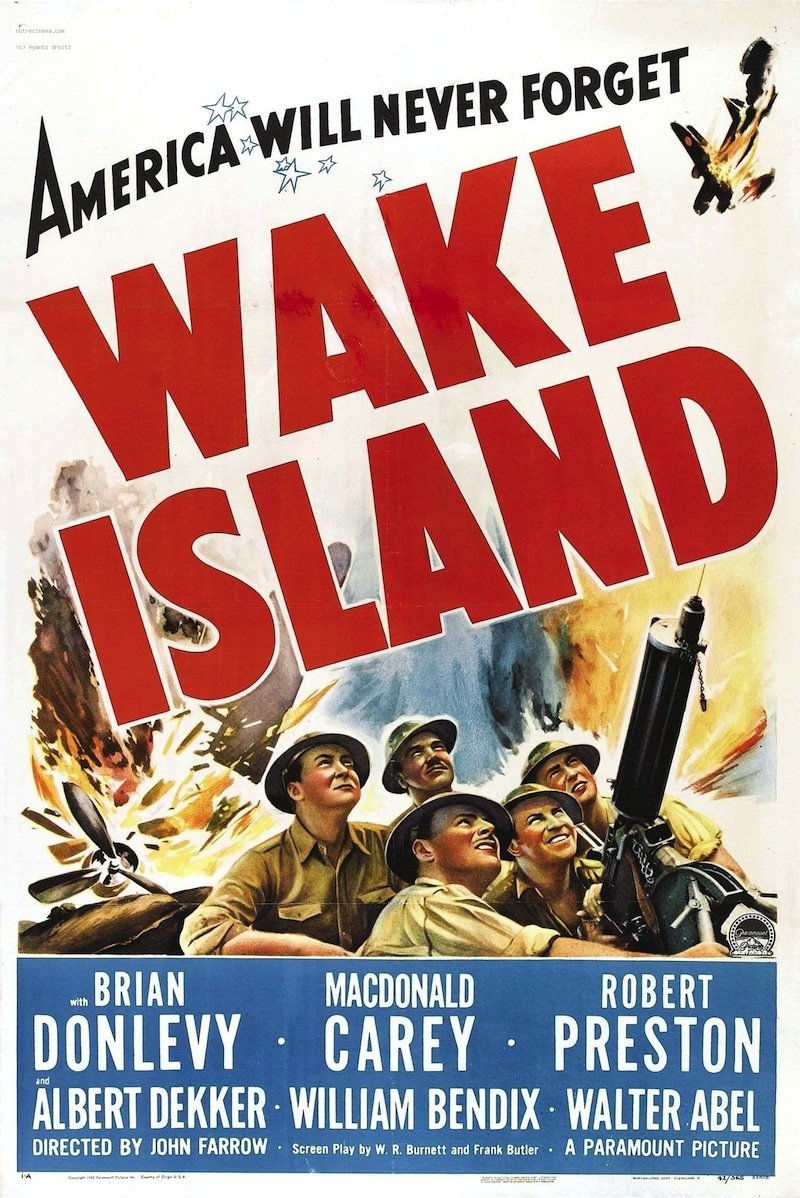 Lost out to: Mrs. Miniver

Much fuss is made nowadays about the Oscars supposedly snubbing crowd-pleasers. But John Farrow’s flag-waver owes its nomination entirely to a wave of wartime patriotism. Although few combat films were made in the year after Pearl Harbor, the studios were keen to be seen doing their bit for the war effort while a senate committee was investigating the politics of some of their biggest names. Indeed, they were even prepared to disregard the truth to boost home-front morale, However, audiences no longer have an appetite for such calculated propaganda. 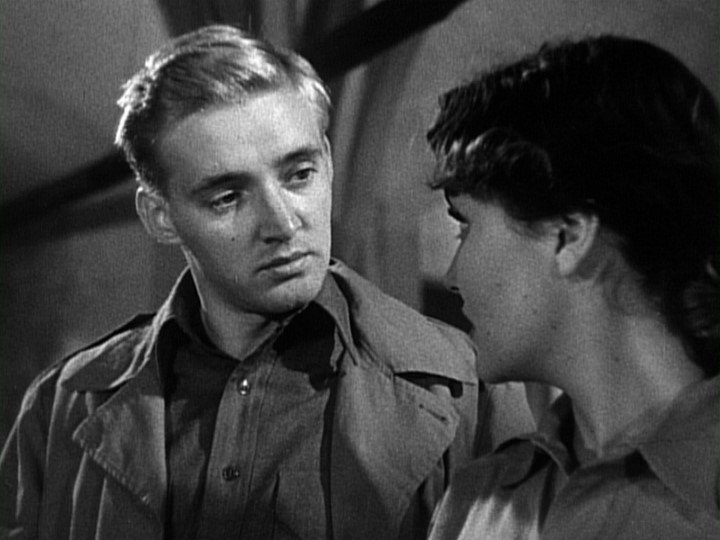 Lost out to: An American in Paris

Lobbying has invariably paid dividends during the nominating process and 20th Century-Fox’s Darryl F. Zanuck gave this wartime thriller the edge over titles like John Huston’s The African Queen by giving away a glossy 12-page brochure with the major trade publications. As one of the first Hollywood features to explore the mindset of ordinary Germans during the Third Reich, Anatole Litvak’s fact-based study of a PoW who becomes an Allied spy had an undeniable socio-political significance. Photographed in a docu-realist style amid the postwar rubble, this is an earnest treatise on the morality of patriotism… but it’s hardly best picture material.

Lost out to: West Side Story

Only in Hollywood would a studio buy the rights to a Broadway show based on a renowned trilogy of French classics, suppress the originals and then dispense with the songs because musicals lost money. Indeed, it rather served Warners right that the Oscar for best picture went to Robert Wise and Jerome Robbins’s West Side Story. But Joshua Logan’s prettified bowdlerisation of Marcel Pagnol’s tales of the Marseille waterfront should never have been nominated in the first place. Leslie Caron and Horst Buchholz are photogenic enough as Fanny and Marius, but the only spark comes from old pals Charles Boyer and Maurice Chevalier as César and Panisse. 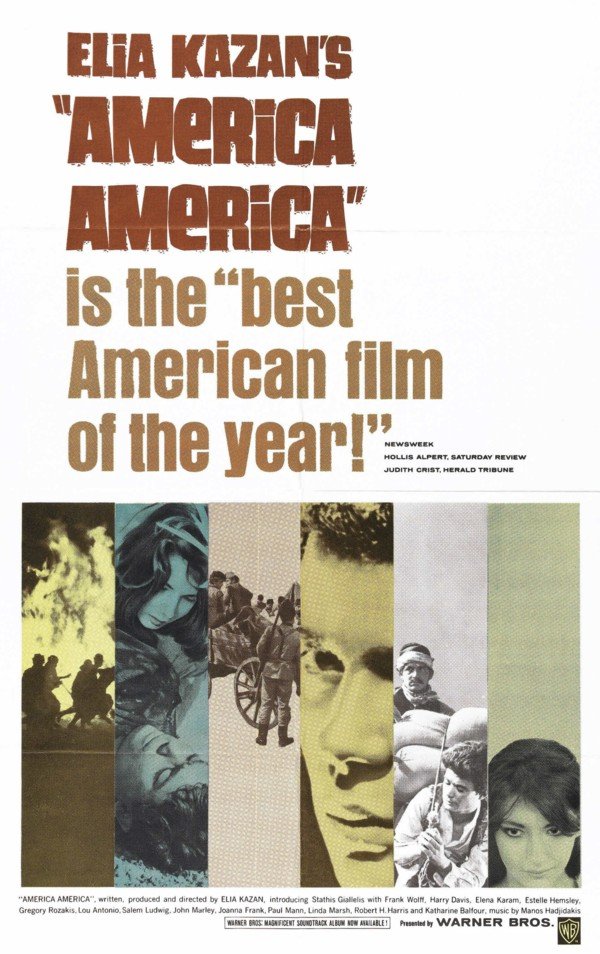 Lost out to: Tom Jones

Given the currency of the world migration crisis, it’s surprising that Elia Kazan’s most personal picture is not much better known. Working from his own novel and ditching the Method mannerisms of his postwar heyday, Kazan embraces neorealism to pay fulsome tribute to the Greek uncle who risked all to leave Ottoman Anatolia in 1896 and begin again in the United States. Much depends on newcomer Stathis Giallelis, as he endures dangers, humiliations and endless privations en route to Constantinople and then Ellis Island. But what makes his determination to escape so potent are Haskell Wexler’s vivid monochrome views of the inhospitable wilderness and the teeming city backstreets. 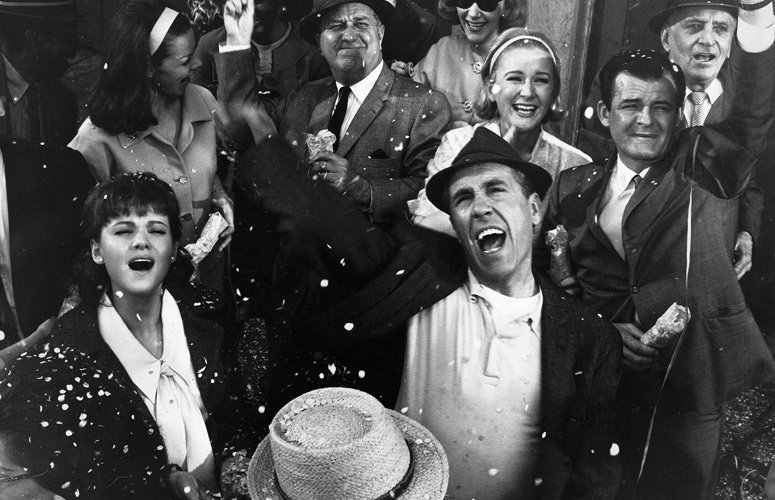 Lost out to: The Sound of Music

Nothing was going to beat Robert Wise’s The Sound of Music, but it’s odd that Stanley Kramer’s Ship of Fools and Fred Coe’s adaptation of Herb Gardner’s acclaimed Broadway play A Thousand Clowns should both have been so neglected since, especially as the former was Vivien Leigh’s final film and the latter earned Martin Balsam the best supporting actor award. Gardner’s nominated script wittily chronicles the relationship between 12-year-old Barry Gordon and his maverick comedy writer uncle Jason Robards, as he tries to avoid hard work and the attentions of social workers Barbara Harris and William Daniels. Sadly, however, the debuting Coe simply isn’t up to the task of keeping the action brisk and unmawkish. 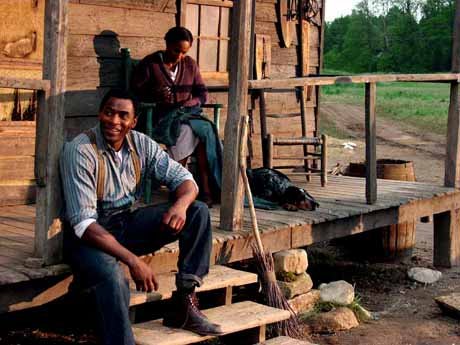 Lost out to: The Godfather

The first film to have both its African-American stars nominated for Oscars should be better known. But HUAC blacklist alumnus Martin Ritt’s sincere adaptation of William H. Armstrong’s novel was drowned out by the more pugnacious blaxploitation pictures doing the rounds at the time. It was also accused of peddling patronising liberal sentimentality in depicting how young Kevin Hooks learns the value of an education while helping mother Cicely Tyson survive the vicissitudes of the Great Depression after her Louisiana sharecropper husband (Paul Winfield) is sentenced to a year’s hard labour for stealing food. The good intentions are evident, but they preclude authenticity.