A selection of some of the best cricket films to whet your appetite for the 2016 ICC World Twenty20 in India. 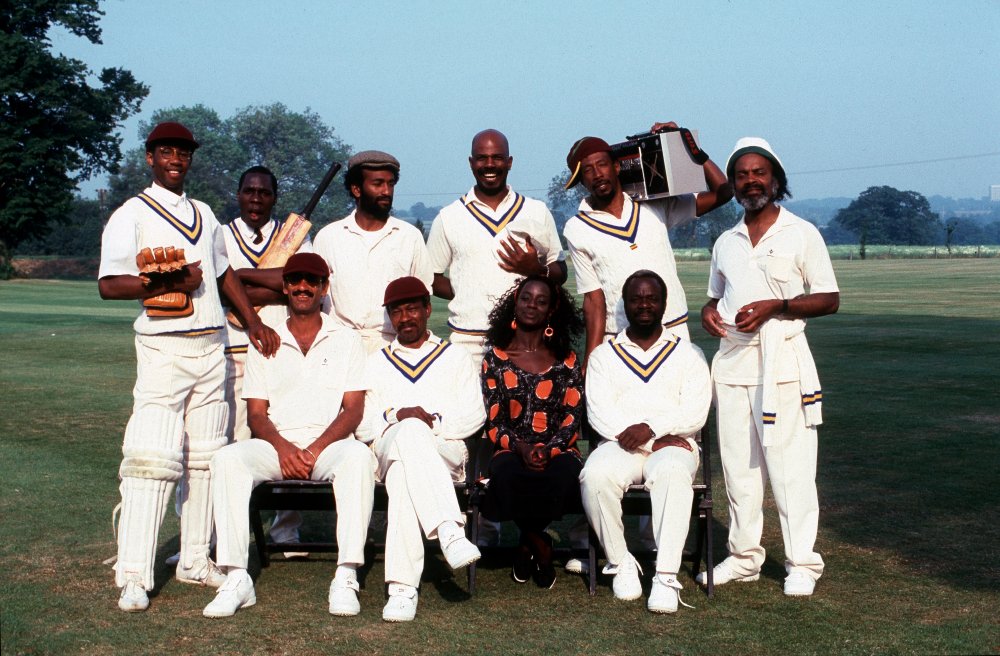 Cricket has proved tricky to film ever since Henry Walter Barnett used a Lumière Cinématographe to capture some Ashes action in Sydney in December 1897. Leading players were mostly immortalised in posed profiles by the likes of Mitchell & Kenyon (with several choice examples being available on BFI Player) before Test and county cricket became newsreel staples. The game inspired features like Charles Barnett’s The Life of Jack Hobbs (1925) and Adrian Brunel’s lost R.C. Sheriff adaptation, Badger’s Green (1934), while Basil Radford and Naunton Wayne regularly teamed as the cricket-mad Charters and Caldicott in a series of films beginning with Alfred Hitchcock’s The Lady Vanishes (1938). But, while cricket occasionally cropped up in pictures like Joseph Losey’s Harold Pinter-scripted duo of Accident (1967) and The Go-Between (1971), it’s hardly been a British screen preserve.

Despite one-time England captain C. Aubrey Smith founding the Hollywood Cricket Club in 1932, the sound of leather on willow has rarely been heard in American movies. But, since Ken G. Hall’s documentary That’s Cricket (1931), Australia has produced its share of items like Boyd Hicklin’s Save Your Legs! (2012). Cricket has also featured in films from Canada (Seducing Dr Lewis, 2003), South Africa (Hansie, 2008), Barbados (Hit for Six, 2009), Sri Lanka (Super Six, 2012), Pakistan (Main Hoon Shahid Afridi, 2013) and Kenya (Warriors, 2015). But no one can match Bollywood’s output. Fittingly, with so many superstars associated with the Indian Premier League, it could put out an entertaining XI of its own, with the standouts including Dev Anand’s Awwal Number (1990), Venkat Prabhu’s Chennai 600028, Kittu Saluja’s Chain Kulii Ki Main Kulii, Subhash Kapoor’s Say Salaam India (all 2007), Anurag Singh’s Dil Bole Hadippa! (2009) and Rajesh Mapuskar’s Ferrari Ki Sawaari (2012). 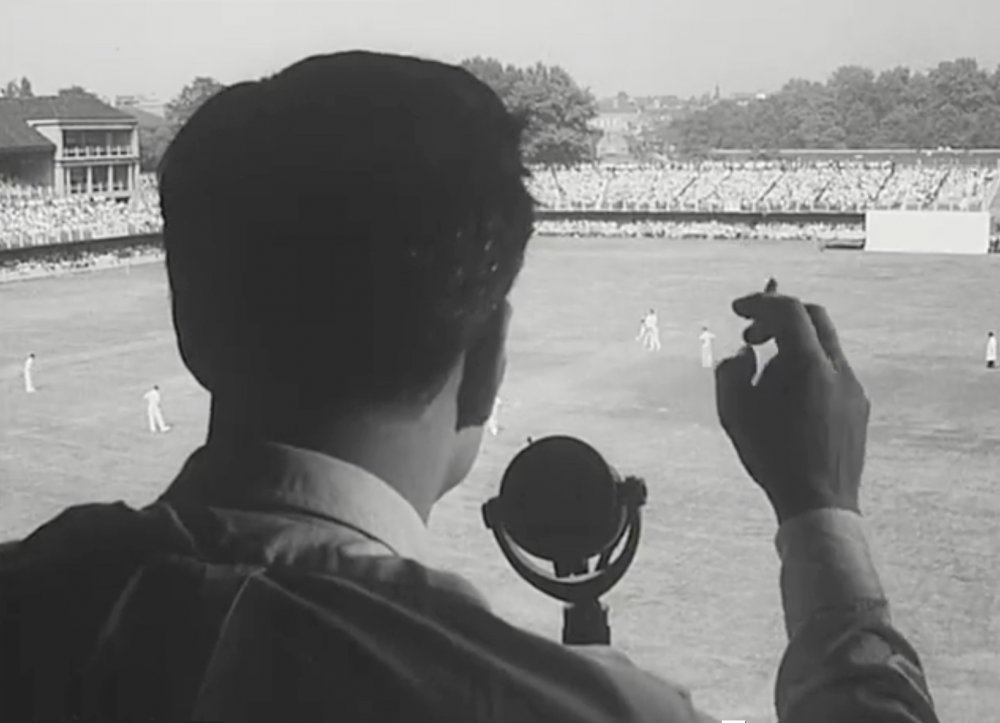 Produced by Pathé for the British Council, this celebration of the glorious game is designed “not to teach cricket to the unbeliever – but merely to give pleasure to the converted”. And how can it do otherwise, with Ralph Richardson and John Arlott interspersing highlights from Don Bradman’s last Test at Lord’s in 1948 with asides on everything from the art of spin bowling and the craftsmanship involved in making bats and balls to the Long Room and its treasures? Post-colonial eyebrows might rise at the mention of cricket instilling qualities regardless of “background, colour or creed”, but otherwise this remains a nostalgic treat. 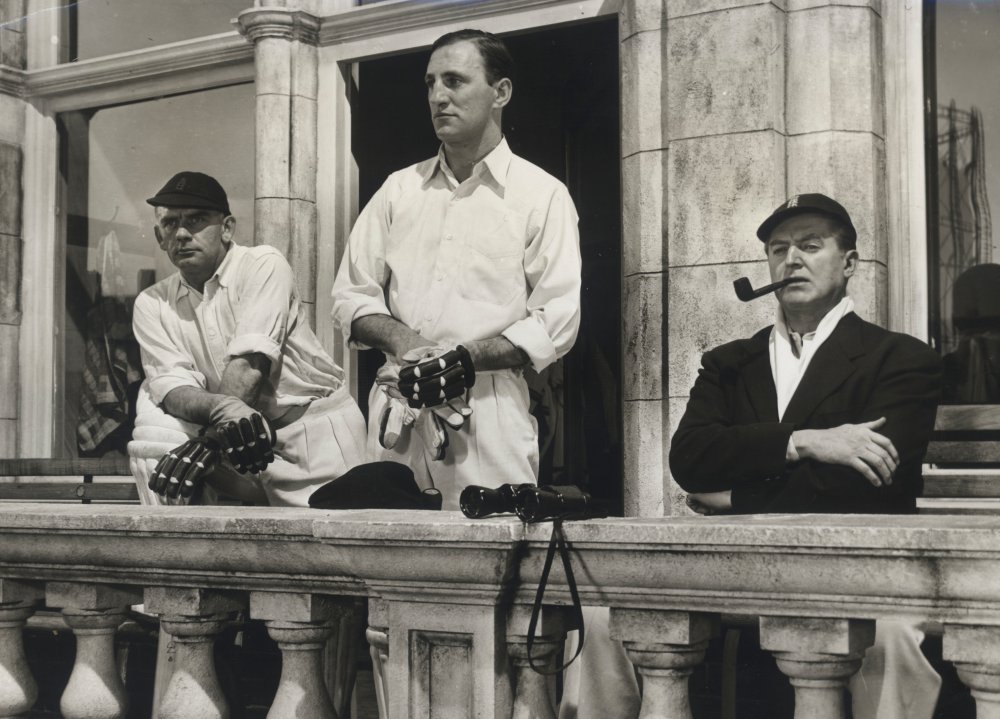 Released in May 1953 and taking its cue from Bradman’s swansong, this witty treatise on sport, art and legacy proved a good omen, as England went on to regain the Ashes lost in 1934. At 56, Jack Warner was too old to play the stalwart batsman lining up for the final time alongside Len Hutton, Denis Compton and Cyril Washbrook. But such niceties are quickly forgotten, as Warner’s teenage son (Ray Jackson) comes to appreciate his old man’s worth when poet idol Robert Morley declares himself his biggest fan. Dressing-room banter may not have been screenwriter Terence Rattigan’s strong suit, but the cricketing action is priceless. 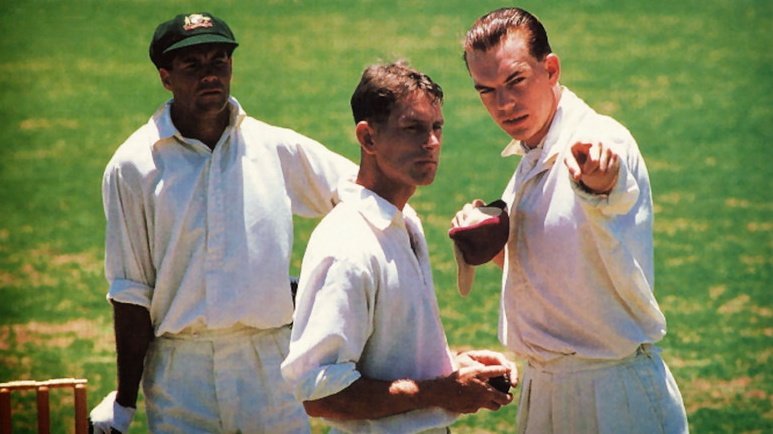 Overcoming Pommy ridicule to become a cult favourite, this five-part miniseries about the notorious 1932-33 Ashes may come a cropper in depicting public school life, but it boasts Hugo Weaving as Douglas Jardine, the harlequin-capped English skipper who devised leg theory to stifle the prolific Don Bradman (Gary Sweet). The sporting action is clumsily recreated, but the dramatic intensity of a clash that shook the Empire is palpable. The Don also has off-field battles to fight, as he risks deselection to retain his newspaper column in a Gentlemen vs Players subplot that found echo in the 2012 World Series Cricket saga, Howzat! Kerry Packer’s War. 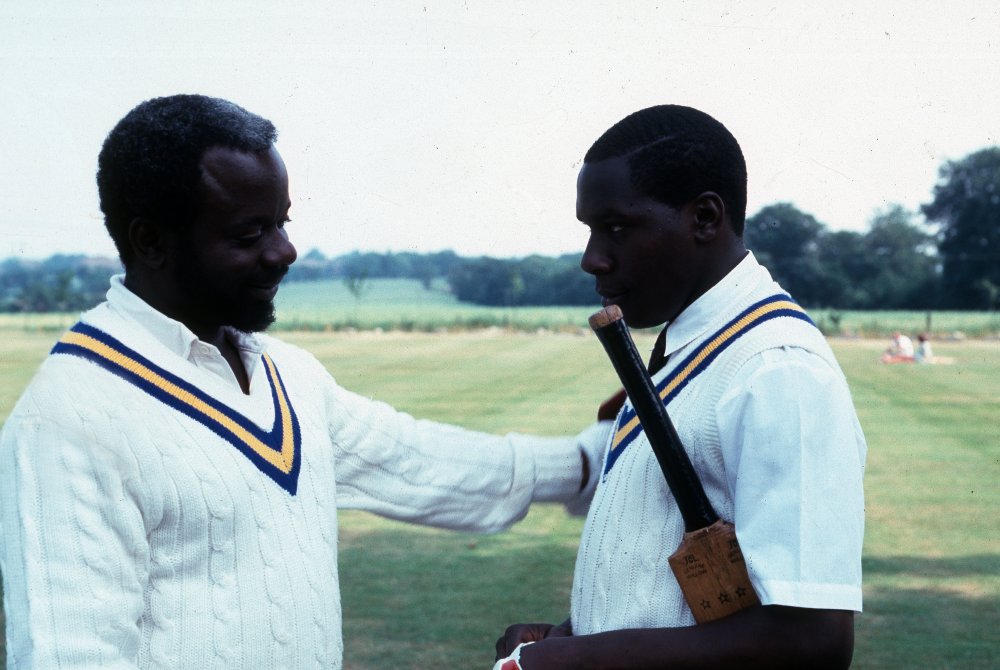 Class and community clash on the cricket field in this Caryl Phillips scenario, which follows a fractious Brixton XI to a seemingly sleepy country village for a challenge match to mark African Famine Week. Whereas the racial tensions between groundsman Jimmy Jewell and new assistant Vas Blackwood had been amicably resolved in 81-year-old Oscar-winning cinematographer Freddie Young’s directorial debut, Arthur’s Hallowed Ground (1984), they continue to seethe in Horace Ové’s pugnacious comedy, as the captains of Seddington (Nicholas Farrell) and the Conquistadores (Norman Beaton) struggle to impose their authority on either their teams or their supporters. The match is a farce, but its socio-political implications cut deep. 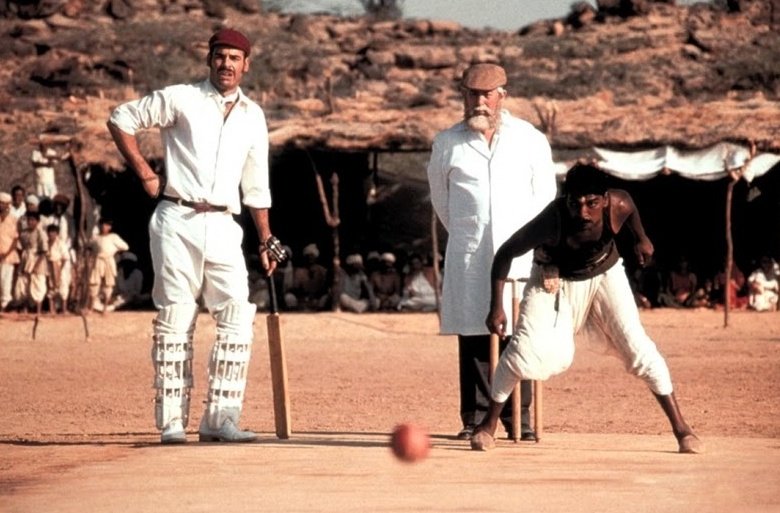 Set in the remote Gujarati outpost of Champaner in 1893, this Oscar-nominated epic couldn’t be more melodramatic, with drought-stressed farmer Aamir Khan accepting sadistic British commander Paul Blackthorne’s cricketing challenge in the hope of securing a three-year exemption from the crushing lagaan tax. As Anil Mehta’s camera contrasts desperate poverty and palatial splendour to the strains of A.R. Rahman’s score, a love triangle develops around villager Gracy Singh and Russell’s sister (Rachel Shelley), who teaches Khan the rudiments of the game. But, even though the three-day match is riddled with clichés and contrivances, it thrills to the last ball. 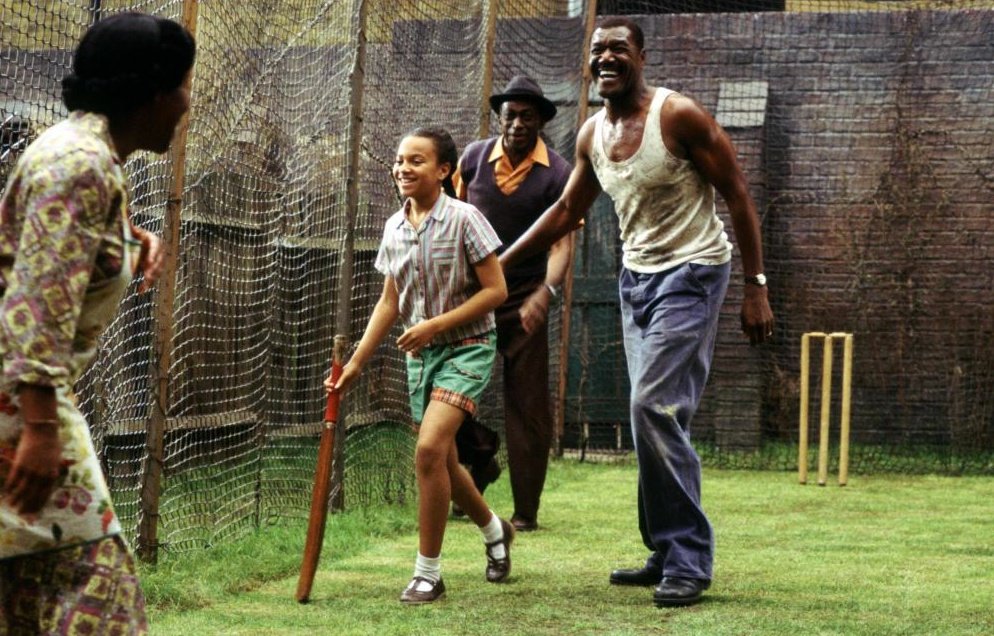 Suburban south London in 1960 is the setting for this schematic but affecting rite of passage in which the son of refugee Jewish parents forges a bond with a Jamaican immigrant through their mutual love of cricket. Eleven-year-old Sam Smith can’t get near the school team until newcomer Delroy Lindo starts coaching him in his garden nets. But their neighbours are less welcoming and Smith’s faith in teamwork is tested before he gets his moment to shine. Writer-director Paul Morrison’s handling of metaphor and sentiment lacks finesse, but Smith’s fantasy encounters with W.G. Grace, Frank Worrell and Gary Sobers have a Boy’s Own charm. 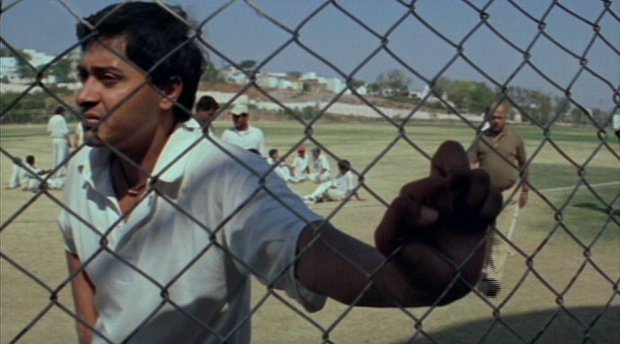 Despite being unable to hear or speak, 18-year-old farmboy Shreyas Talpade thunders his way into the Indian squad in this textbook rags-to-riches tale. First seen bowling in bare feet to a field of buffaloes named after his heroes, Talpade enrols in former Test captain Girish Karnad’s academy. However, he’s excluded for political reasons and only impresses the selectors after being coached by village drunk Naseeruddin Shah. But can Talpade resist the bribe that will save his disapproving Muslim father’s land? Tackling a range of social and sporting issues, this may lack novelty, but it has sincerity, Rocky-like montages and a cameo from Kapil Dev.

I Know How Many Runs You Scored Last Summer (2008)

No one could pretend this Australian slasher is a masterpiece, but every XI needs a maverick in the middle order and there’s something laddishly amusing about a revenge romp whose serial killer’s weapons include cricket bats, stumps, nail balls, a spiked box and a wicket-keeping glove that Freddy Krueger would envy. The married directors make life easy for the maniac in whites by corralling those who bullied a young Pom two decades earlier in an isolated safe house. But, despite their meagre budget, they can’t be accused of stinting on either the gore and entrails or the panoply of postmodern shooting and editing techniques. 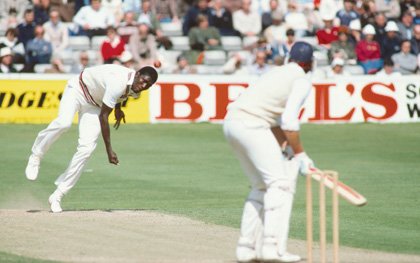 The brief and tempestuous heyday of Caribbean cricket is celebrated in this fascinating documentary, which recalls how the 1970s team captained by Clive Lloyd drew inspiration from Rastafarianism and Black Power to shake the detested ‘calypso cricket’ tag and produce role models on a par with Muhammad Ali. Yet, while the fabled pace attack made England skipper Tony Greig grovel, a feud with the West Indian Cricket Board saw players defect to Kerry Packer and South Africa before peace broke out long enough in the mid-80s for Viv Richards’ sides to inflict consecutive ‘blackwashes’ on the old imperial master. Archive heaven, with socio-political edge and an irresistible soundtrack. 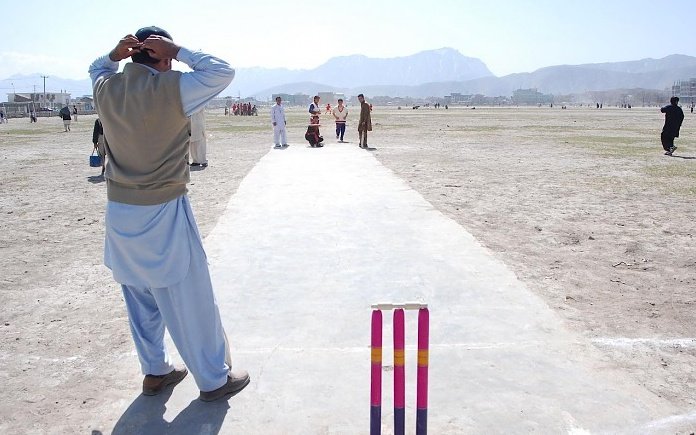 Afghanistan has now become a fixture at major tournaments and it’s clear from this riveting documentary just how far the team has come in such a short space of time. Guiding his gaggle of eager rookies from the Kacha Garhi refugee camp in Pakistan to a 2008 ICC qualification tournament in Jersey, coach Taj Malik Aleem is an infectious character whose betrayal after taking the side to the brink of success makes this underdog story all the more affecting. However, thanks to cricketing Oscar winner Sam Mendes, the co-directors were granted access to the 2010 T20 deciders to provide a rousing finale, although nothing quite tops the encounter with Geoffrey Boycott. 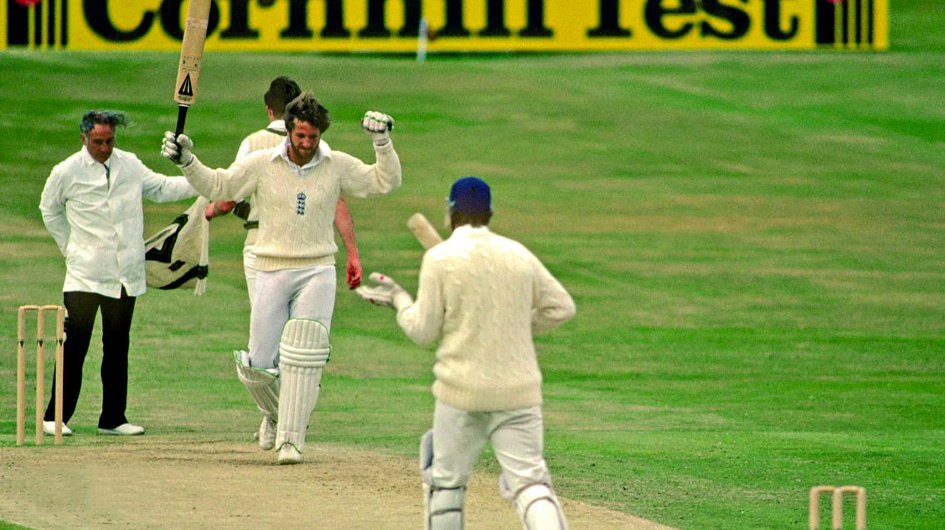 Although there have been many memorable Ashes series since, nothing will ever surpass the 1981 fightback masterminded by unsung skipper Mike Brearley. As James Erskine recalls in this model mix of recollection and archive footage, Britain was mired in disillusion and dissent and needed more than a royal wedding to raise its spirits. The first two Tests showed no sign of relieving the gloom. But everything changed with deposed captain Ian Botham’s unbeaten 149 and Bob Willis’s 8-43 at Headingley and more bowling heroics from the all-rounder at Edgbaston and another century at Old Trafford ensured these would forever be known as Botham’s Ashes. Worth seeing repeatedly.

Exposing the dark deed that threaten the very future of the five-day Test match format, Jarrod Kimber, Johnny Blank and Sam Collins’s Death of a Gentleman (2015) is essential viewing for all cricket fans.