At the end of a bumper year across streaming and broadcast channels, BFI curators select their favourite new British TV of the past 12 months. 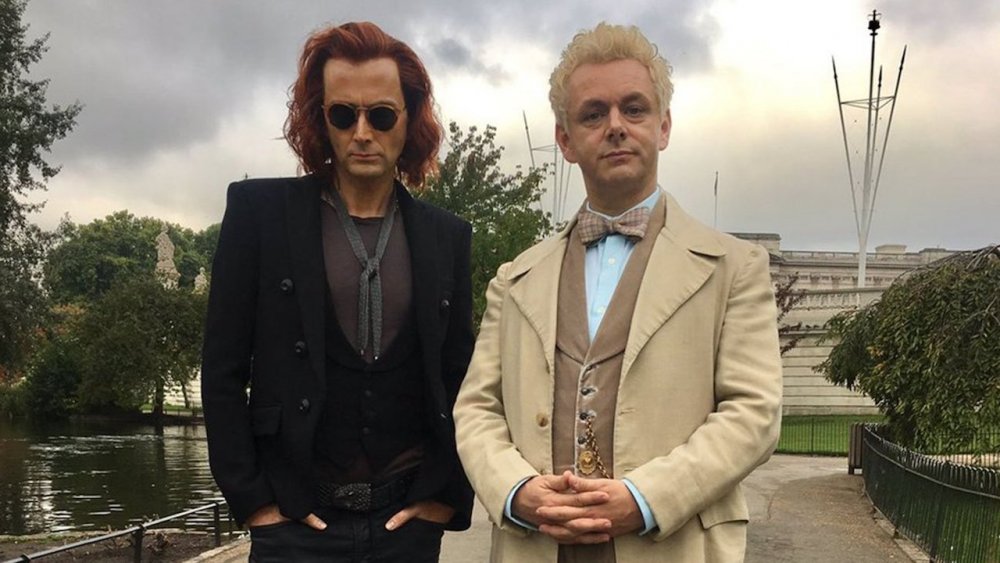 It was the end of so much. Game of Thrones, Poldark and Catastrophe all took their final bows this year, leaving viewers (and TV schedulers) with gaps to fill. In other ways it seems like we’re in the thick of it, with continuing dramas like Line of Duty and Peaky Blinders, both in their fifth series, still increasing their ratings and showing no signs of slowing down.

Comedies such as Derry Girls and Stath Lets Flats found wider appeal in their second series, while that glorious outlier Fleabag pulled off a few of these tricks at once – a second series that was a perfect ending to a burgeoning pop culture phenomenon.

Amid this stiff competition, television channels and streaming platforms were still strewn with a superabundant collection of new programmes and original documentaries to savour. Here are 10 of the best. 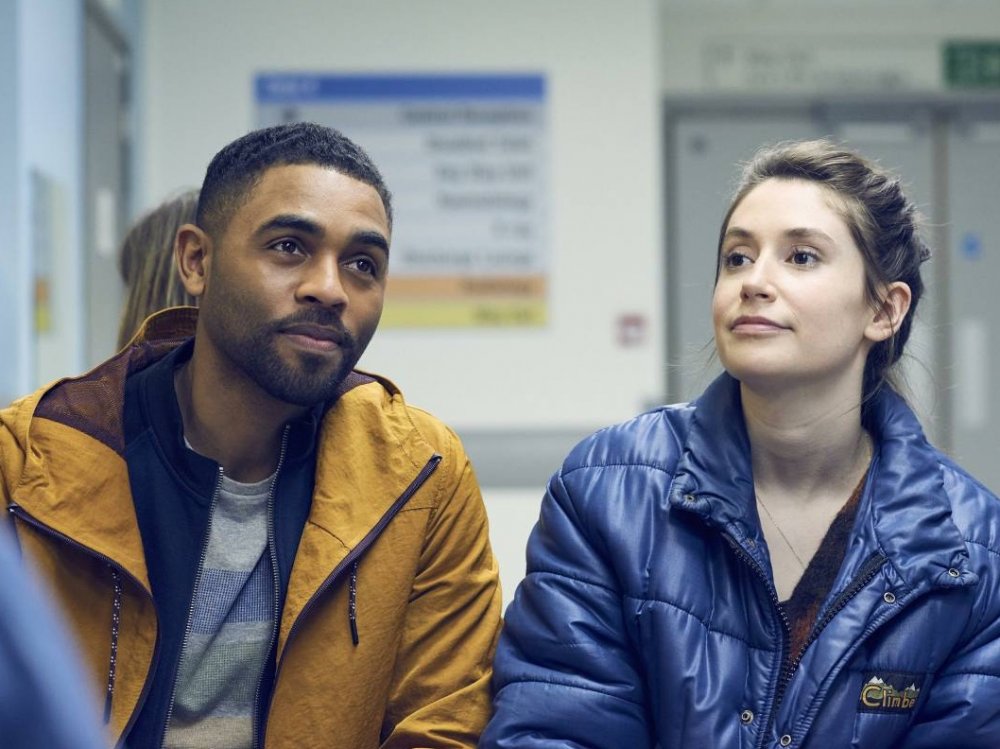 There’s a moment in the first episode of Pure in which Marnie (Charly Clive) screams at the top of her lungs: “There is something wrong with me!” It’s after a night out, she is alone on the street, but the sense of glee and relief beams across her face. It’s the joyous feeling of fleeing it all from a small town to a big city; no one cares and you don’t have to hide.

Pure is a punchy and well-written comedy, with all the expected elements of a good coming-of-age narrative: awkward moments, lovable characters and hilarious dialogue. But it’s the frank depiction of mental health that makes this series hit well above its weight. Marnie has a form of OCD that’s characterised by intrusive and obsessive sexual thoughts. She moves to London, undiagnosed and struggling, and tries to manage the experiences of a new city – friendship, sex and terrible workplaces – all without drowning from the lack of support or understanding.

Based on the autobiography by Rose Cartwright (published under the surname Bretécher), Pure exemplifies the authenticity and heartfelt emotion that bloom when people are in charge of their own stories. 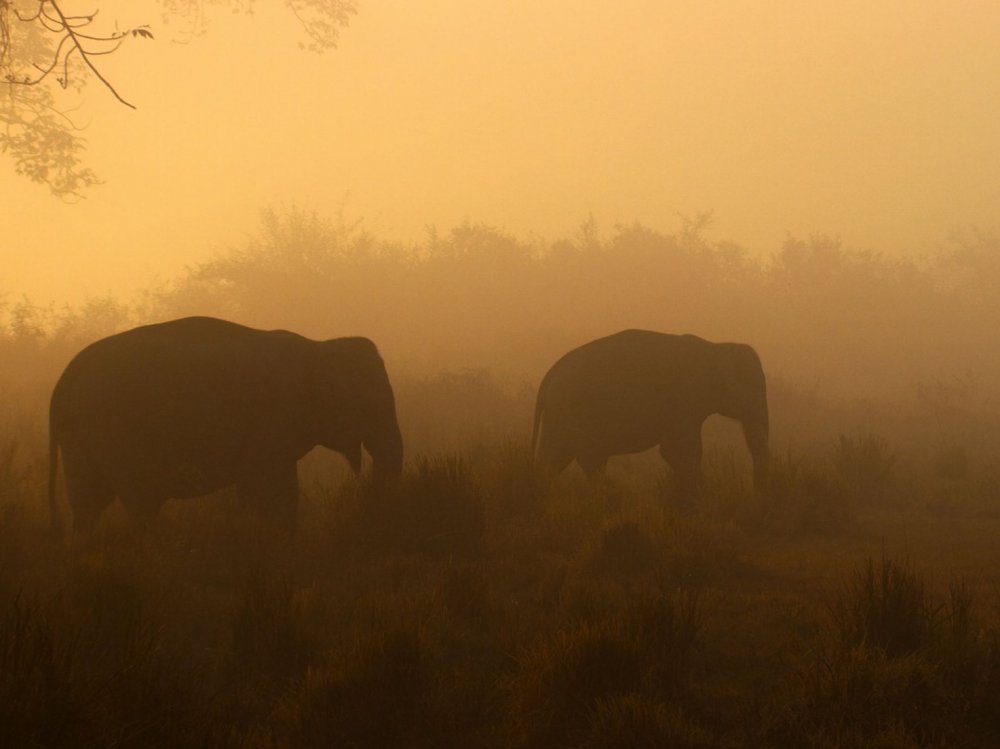 For natural history film, Our Planet was a landmark event on several levels: Netflix makes its first nature show – and on eye-popping scale thanks to a mind-blowing budget; David Attenborough, 40 years the face of BBC natural history, narrates for Netflix; and wildlife film gets political… a bit. Many key creatives were BBC veterans, here given a vast global canvas and freedom they felt they’d lacked at the Beeb to foreground humanity’s catastrophic effect on the natural world.

After a striking introductory episode, each further edition takes viewers into a different type of environment (jungles, forests, seas…), the filmmakers adeptly blending macroscopic grandeur with microscopic detail to sometimes jaw-dropping effect. As for ideology, some have questioned whether the finger-wagging at humanity should not have been more precisely targeted at governments and specific industries. But that a popular Attenborough-narrated series should trigger such a debate is a fascinating sign of our times. 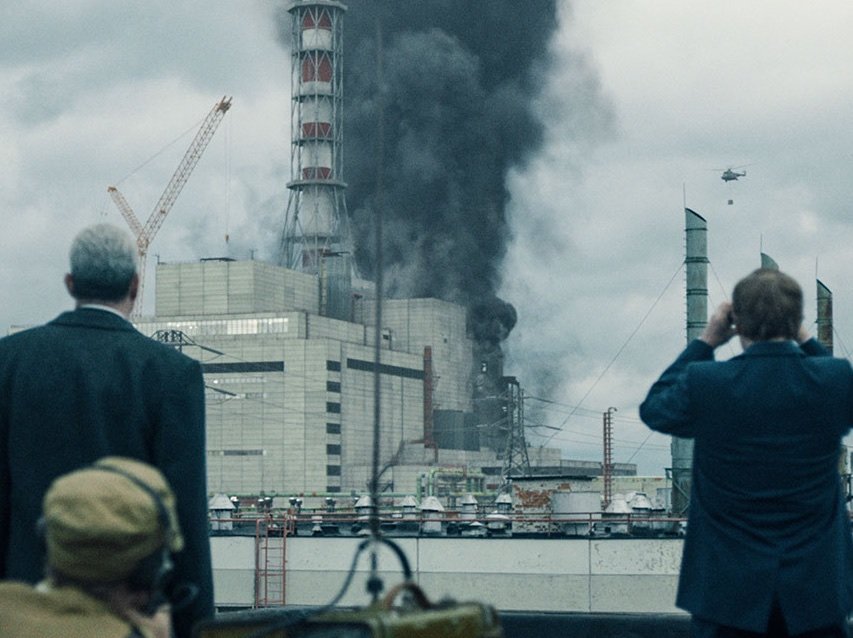 The most essential drama of the year was this co-production between Sky and HBO, which somehow – in only five episodes – rendered the scale, causes and human cost of the Chernobyl disaster. At once lyrical and forensic, the series wove together intensely personal stories with deferential committee meetings to make a convincing portrait of a suffocating regime. In a remarkable achievement by writer Craig Mazin, explanations of nuclear physics were deftly combined with the truly horrifying aftermath of radiation poisoning.

Johan Renck’s direction showed the influence of Tarkovsky in places but had an urgency all of its own, with some unforgettably visceral sequences, including the frantic clearing of the rooftop at the plant. Jared Harris, Emily Watson and Stellan Skarsgård crafted tender leading performances while a cast of familiar faces from British TV drama brought full life to every miner, doctor and apparatchik. 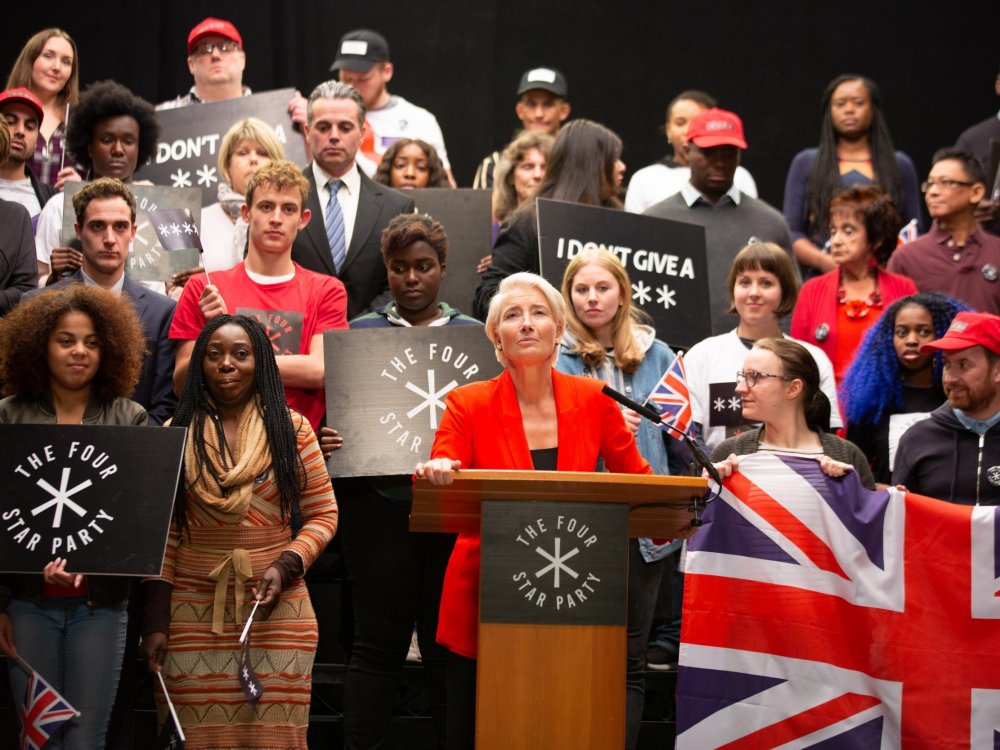 Migrants in camps and populism on the rise – it’s a Britain we can recognise, but in the hands of Russell T. Davies it’s also a deeply personal story of an imagined future. Told through three generations of the same family, Years and Years encapsulates a financial crash, developing biological technologies and the impact of authoritarian leader Viv Rook (Emma Thompson), who styles herself as a daffy celebrity.

As its heart, though, is a love story. A passionate affair between Daniel (Russell Tovey) and Viktor (Maxim Baldry) blooms into love, and becomes a matter of life and death when Viktor is deported and Daniel vows to bring him home at any cost. Davies tackles this with customary wit and heart as he smashes personal and political issues together with ease. The future he writes is troubling and bleak, but as long as there is love, it’s not without hope. 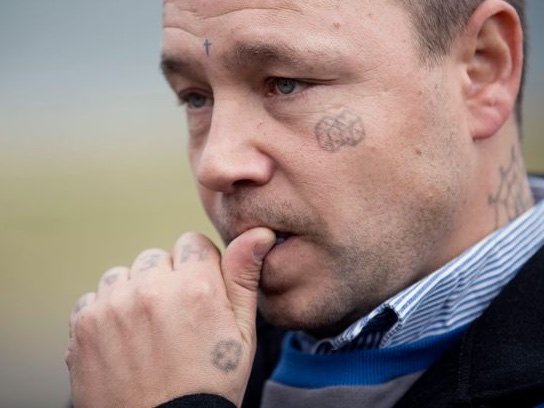 In 20-odd years of exploring lives at the limits, Shane Meadows has drawn deeply on his own experiences. But his first wholly original drama for TV, after three extraordinary series of the cinema-born This Is England (also co-written with Jack Thorne), was the director’s most personal work yet.

Inspired by Meadows’ long-repressed memories of a horrific childhood incident, The Virtues follows Joseph (Stephen Graham), whose world collapses when his ex takes their nine-year-old son to Australia. Though less gruellingly violent than, say, Dead Man’s Shoes (2004), it’s as harrowing as anything Meadows has done, pushing us right into its protagonist’s shocking disintegration: Joseph’s spectacular fall off the wagon in episode one, culminating in a dazzling extended dolly sequence, is a particularly tough watch. The Virtues asks a lot of its audience – not to mention of Stephen Graham and his co-stars, Helen Behan and Niamh Algar – but as ever with Meadows, it more than repays the effort. 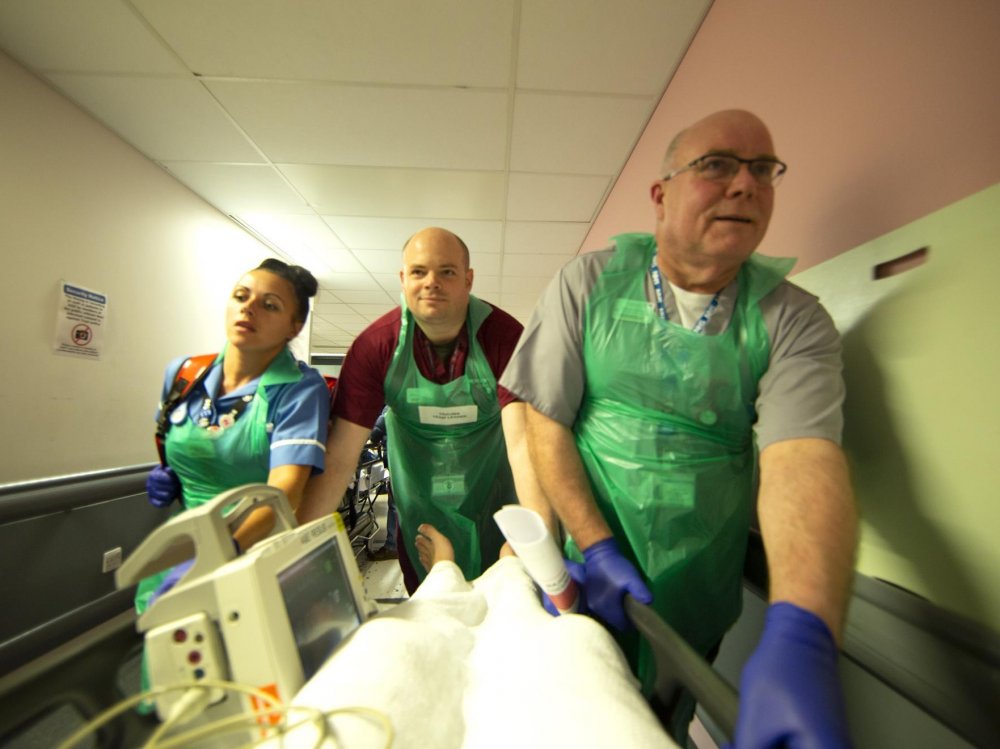 Direct Cinema documentary is alive and well, it seems… and living on Channel 5! Brinkworth TV, producers of C5’s Critical Condition, have pushed a familiar genre, the hospital doc, to new heights, and key to their success is their having ditched so many trappings of contemporary factual formats. No presenter, voiceover or even interviews, just intensive, in-the-thick-of-things observational camerawork and sound recording.

They take us deep into the world of impressively professional emergency and trauma doctors at the Royal Stoke University Hospital. Surgery scenes are edge-of-seat-gripping (and sometimes disturbingly graphic), but threaded through are doctors’ on-the-fly philosophical observations and – the beating heart of the show – quietly moving glimpses of their consultations with patients, sometimes delivering the bleakest possible news. Death sits ever on the shoulder of this series, and if wider NHS issues get little look-in that’s beside the point of finely-crafted humane documentary verging on existential drama. 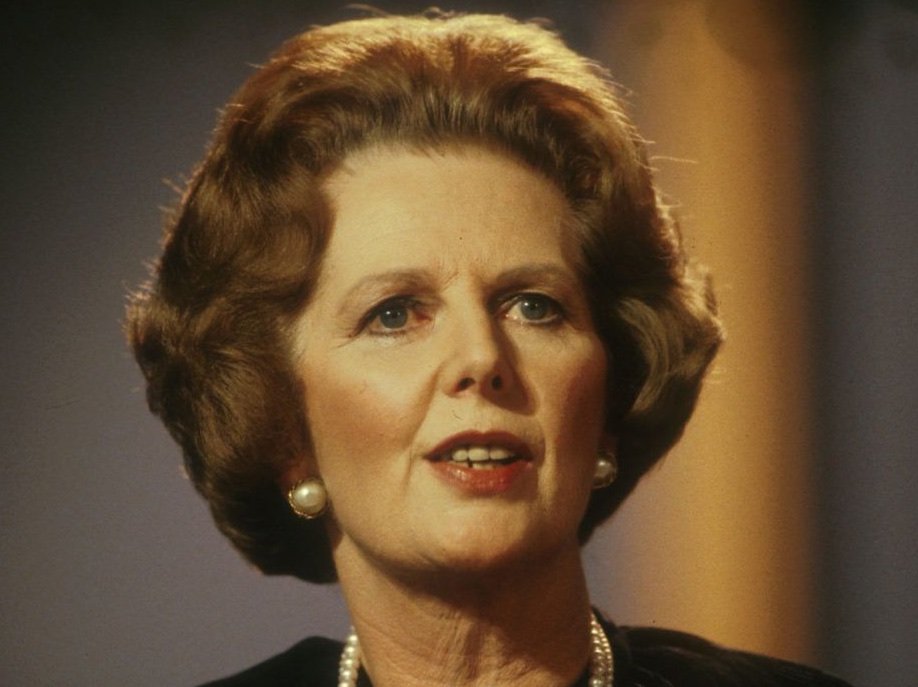 Did we really need another documentary about Margaret Thatcher? Turns out that the answer was a resounding “Yes!” thanks to this voluminous five-part study of the rise and fall of the Iron Lady. Extensive archive research sourced all the unforgettable news reports – election night celebrations, the Brighton bombing. But it also turned up offcuts, outtakes and private footage that gave new insights into the fastidious preparation Thatcher put into every speech and media appearance.

The cast of interviewees was an almost complete assembly of the surviving collaborators, combatants and confidants, perhaps only missing an overseas perspective. What made her revolutionary impact on the country “very British” is a question as complex and controversial as her career. But whether you lived through her tumultuous reign or inherited the society she reshaped, this series offered new and valuable perspective on her legacy. 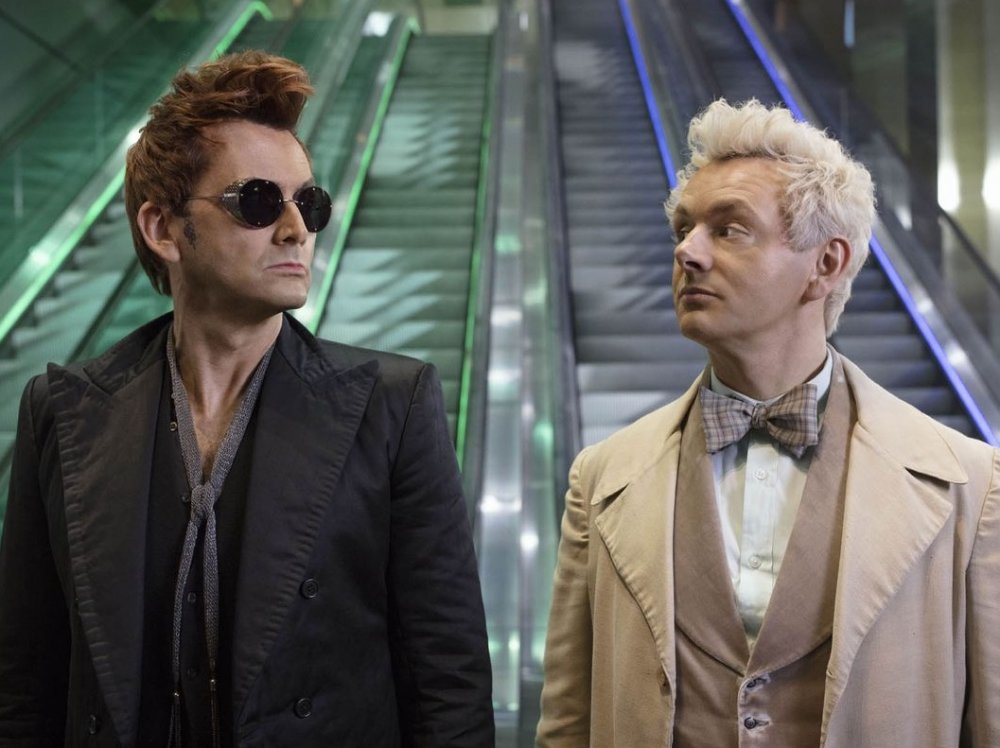 What could possibly go wrong in a world where Frances McDormand is the voice of God? As it turns out, quite a lot. Good and evil tussle and tango together in this adaptation of Neil Gaiman and Terry Pratchett’s beloved novel. The antichrist is coming of age in Oxfordshire, and he’s about to set off the apocalypse by accident, so demonic Crowley (David Tennant) and angelic Aziraphale (Michael Sheen) race to save the world, because they’ve grown quite fond of it.

The starry cast is clearly having a ball, and the delightful production design and music make the series zip along at a jaunty pace. Acting as showrunner, Gaiman teases out the essential theme, which is really a powerful argument for nurture against nature, and the idea that our relationships define our existence. It’s only a pity that he can’t write the script for real life as well.

Everybody in the Place: An Incomplete History of Britain 1984-1992 (BBC Four) 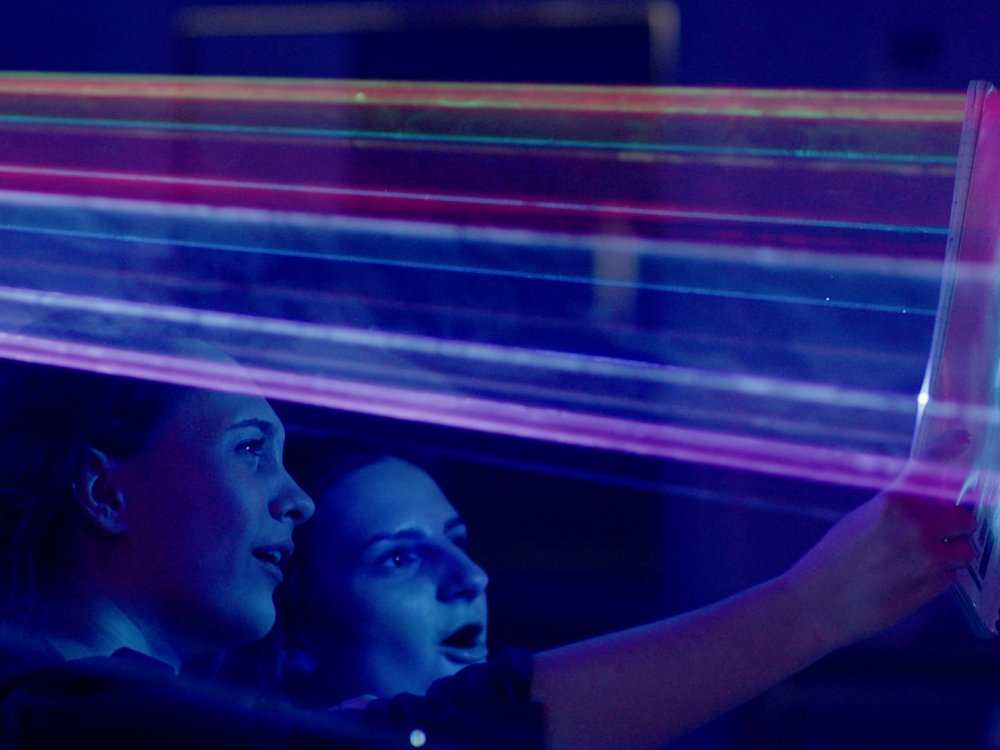 The format was a school lesson, the Turner Prize-winning social artist Jeremy Deller presenting his version of British history in the latter part of the 20th century. Via pithy, powerful TV clips and iconic images of communities in Birmingham, New York and rural England, Deller showed how the radical, controversial electronic music from the 1980s and 90s had a complex, subversive background, responding to social change and connecting with marginalised racial and sexual communities.

Originally commissioned/produced by Frieze and Gucci, the film had a staggered roll out, but this was electrifying, accessible broadcast media. The London school children who listen to and interact with Deller extend the portrait to the present day, and it was a rare instance of an artist not only presenting a documentary and TV programme but defining its form and shape. This is the history we need. 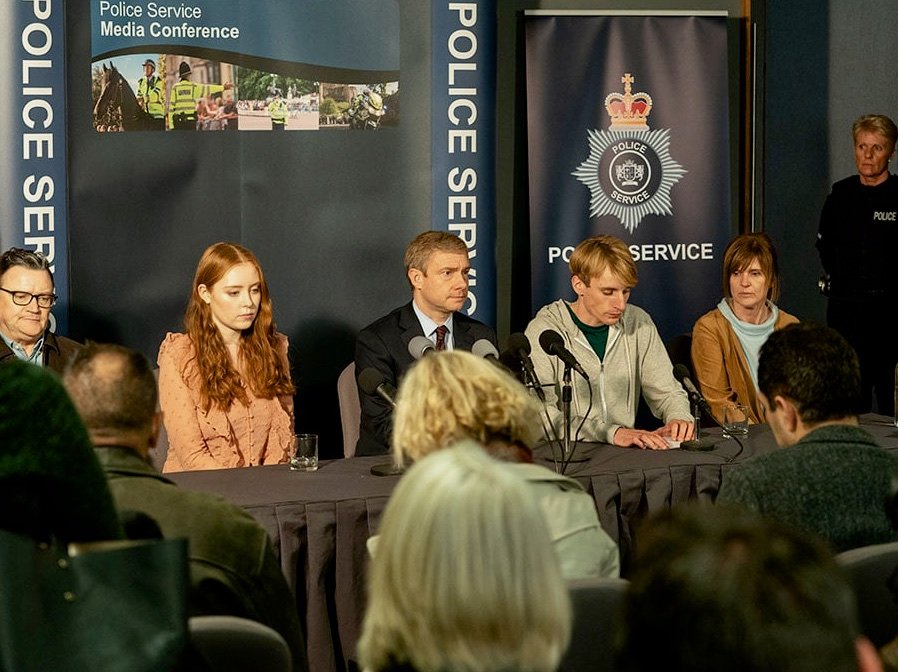 Factual drama has proved an incredibly rich genre for TV in recent years, providing a compelling way to give insight into the human stories behind the news. A Confession posits that the real victims of such crimes are those left behind, especially parents who have lost their children, and the two stand-out performances are from Imelda Staunton and Siobhan Finneran as bereaved mothers who deal very differently with their loss and the public profile that comes with it.

Jeff Pope (Oscar-nominated co-writer of the 2013 feature film Philomena) brings the characters to life (except the stone-faced murderer, who remains emotionless), assisted by a flawless cast. His skilful navigation of the byways of this true crime story takes in the devastating effects of drug addiction, the flaws in arrest procedures and the descent of the case into a vindictive quest by the culprit to ruin the career of the detective who nailed him – a predictably impressive performance by Martin Freeman.