BFI curators pick some of the year’s television highlights to date. How many of these did you catch? 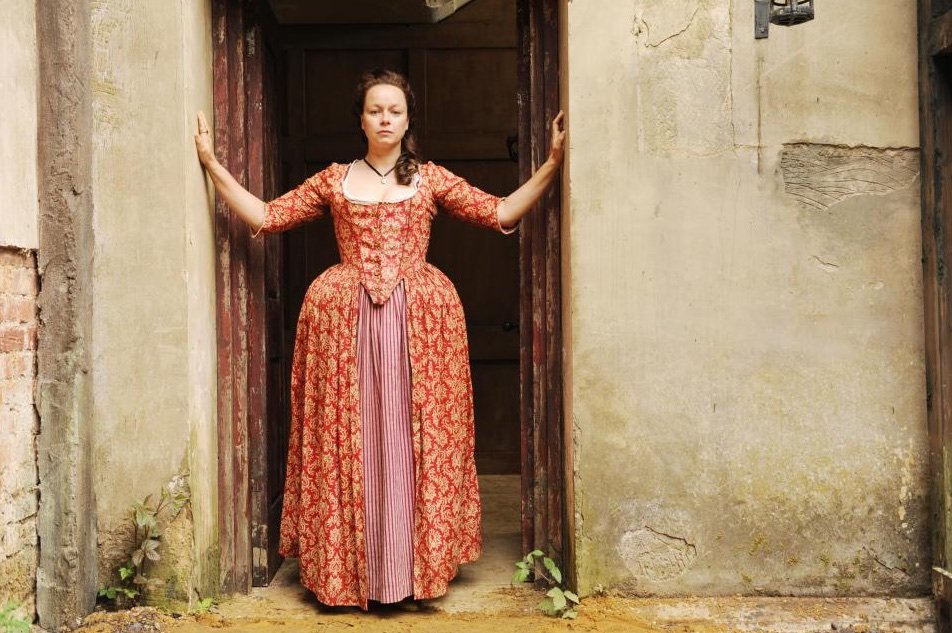 Game of Thrones, Twin Peaks and The Handmaid’s Tale may be dominating current TV conversations, but British dramas have returned stronger than ever this year. Line of Duty and Broadchurch built on previous series to deepen their mysteries and characters while the mishaps of Sharon and Rob in Catastrophe and Tracey in Chewing Gum became even more excruciating. Meanwhile, in its third series, Love Island became a smash hit on ITV2.

It almost seems as though there’s no time for fresh programming, but only halfway through the year definite trends are emerging in new drama and documentary. Several strong series based on true stories have appeared on BBC and ITV, and a cluster of documentaries, including Hospital and Confessions of a Junior Doctor, have shown new aspects of the NHS.

Here’s a selection of the best and boldest new programmes, as chosen by BFI curators. 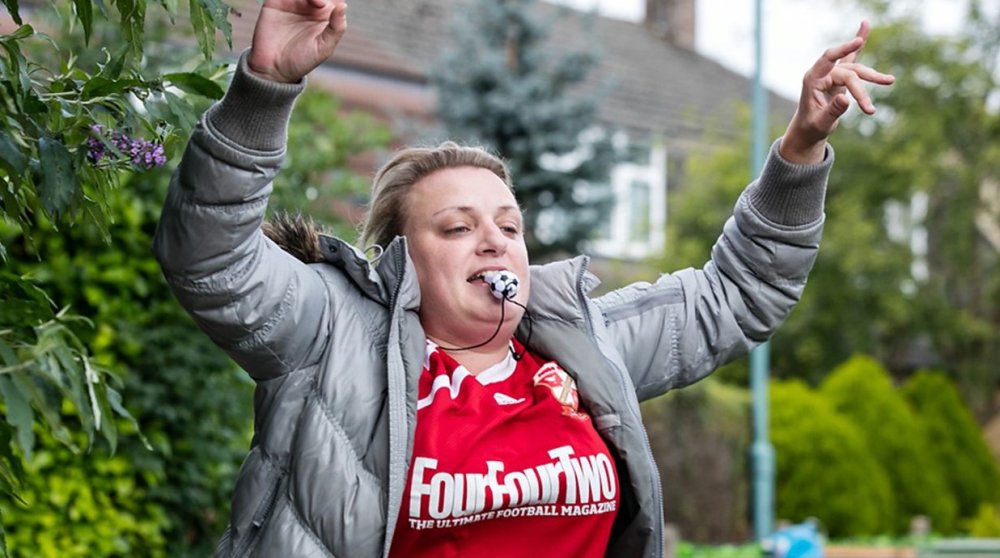 The secret to This Country, the funniest new British comedy this year, is boredom. Endless, grinding, spectacular boredom. The brainchild of writers and stars Daisy and Charlie Cooper, the show tells a story of the kind of country life to which fans of The Archers are rarely privy. Instead, we find ourselves in a tiny fictional Cotswolds village where to say nothing ever happens would be overstating the excitement.

Starring as cousins Kerry and Kurtan Mucklowe, the Coopers have a gift for capturing the feats of imagination that go into killing time, as well as bringing us a cast of eccentrics who feel at once outlandish and unnervingly real. As in a lot of the best British comedy, there’s a hefty pinch of despair and a hint of Beckett among the memories of David Brent stirred up by the mockumentary format. And, as in another TV landmark, The Prisoner (1967), there’s the nagging sense is that no-one here is ever leaving – even if they win the scarecrow competition.

The Trouble with Dad (Channel 4) 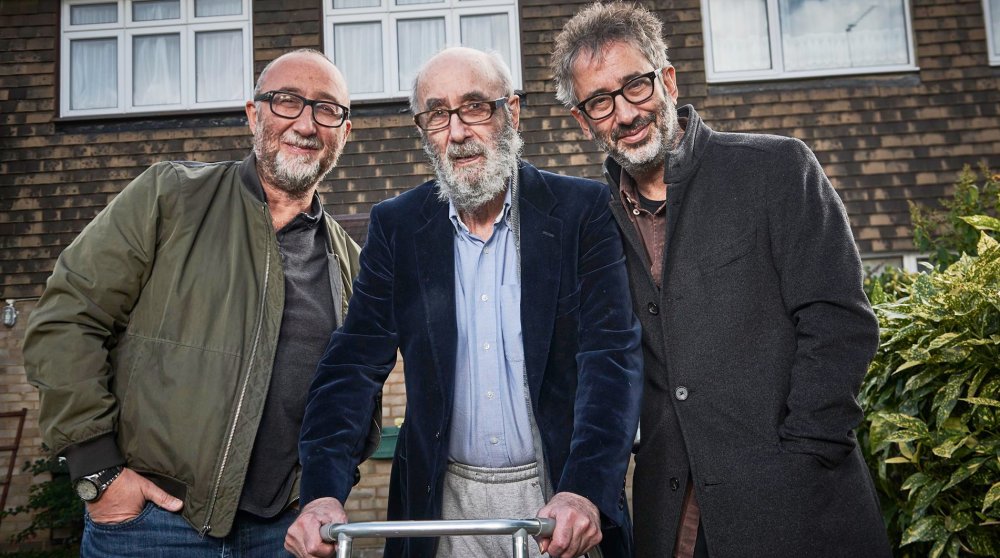 You may not have heard of Pick’s disease before watching this shocking, funny and revelatory documentary, but it will probably be seared onto your mind afterwards. David Baddiel’s eponymous father, Colin, has the disease, which is part of the “dark rainbow of dementia” as Baddiel puts it in one of the programme’s many eloquent lines. The symptoms include abusive, disinhibited behaviour, and there are some startling examples, including Colin’s wildly inappropriate comment at his wife’s funeral. Baddiel and his brother Ivor tend to respond with humour, which offers a means of self-preservation as well as brightening the viewers’ experience.

Charlie Russell, the director, occasionally chips in with a question from behind the camera, and there’s a pivotal moment in which he prods a fleeting, sweary expression of love from Colin towards his son. Colin’s jokes interspersed amid the credits provide a joyous conclusion to this vital programme. 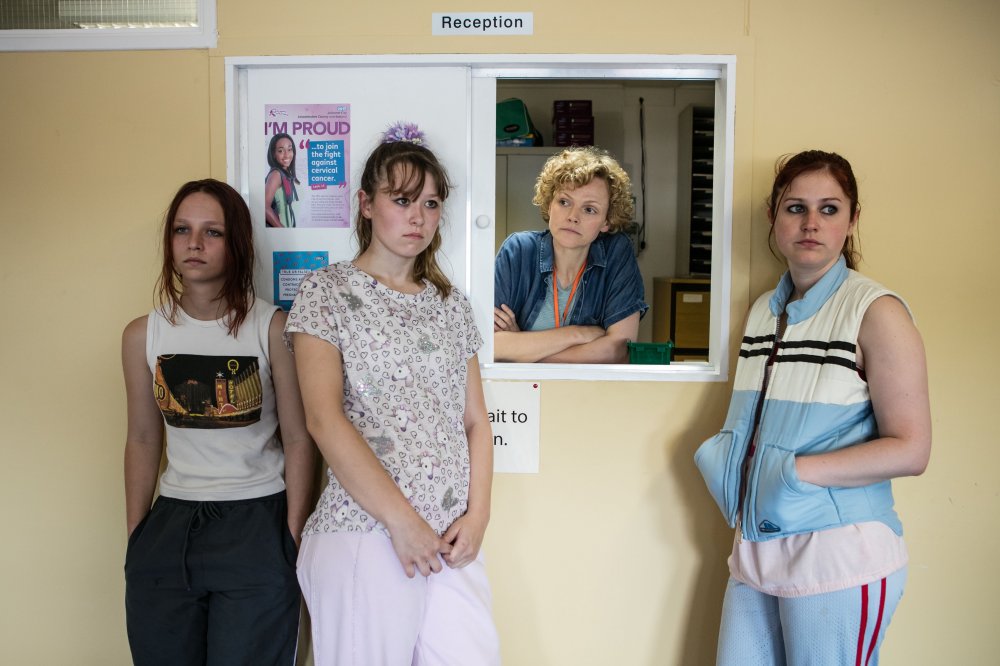 If for no other reason, this production should be celebrated for getting across the concept that “there is no such thing as a child prostitute”. This three-part drama about the Rochdale child grooming case is hard, uncomfortable viewing, and it should be. Seen from the viewpoint of three different working-class girls, the three episodes cover the grooming and descent into abuse, the initial investigation – during which they were routinely ignored and labelled as unreliable witnesses by the police, who put their experience down to ‘lifestyle choice’ – and finally the reopening of the case and legal proceedings, when it looks horribly like the betrayal is about to be repeated.

Maxine Peake’s performance is completely authentic as the sexual health worker who tries to bring the operations of the rapists to the attention of the authorities. Three Girls is as important as Cathy Come Home (1966) was in its day. 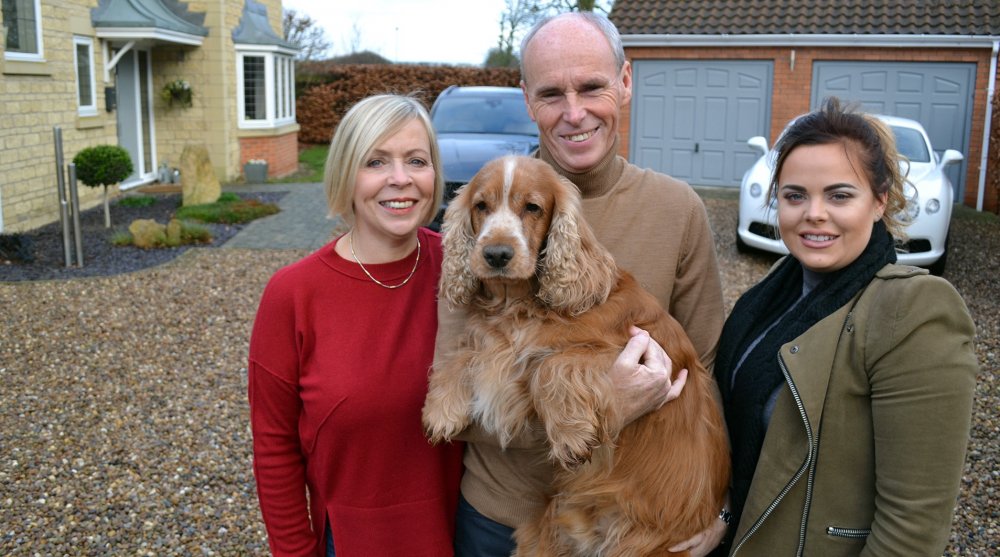 The premise of the series is that families from the highest and lowest 10% of incomes swap homes and budgets for a week. It’s a ploy from the Wife Swap school of reality TV, but the intention is not to manufacture drama. Instead, the families are funny, empathetic and charming, as they negotiate their week away from home. The result is something unusual and startling: a considerate series about inequality in modern Britain. 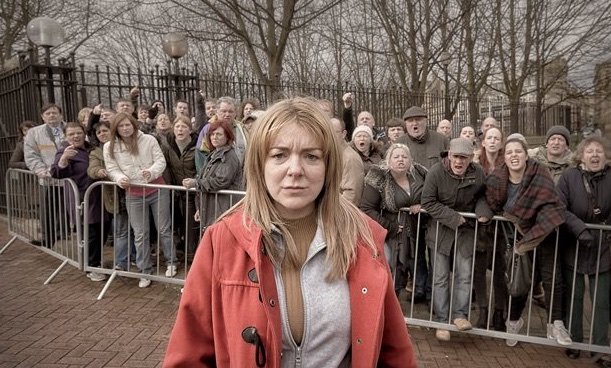 This stark and relentlessly unglamorous true life drama from the pen of Neil McKay is a replaying of the ‘kidnapping‘ of nine-year-old Shannon Matthews and the campaign launched by residents of the Dewsbury council estate to find her. McKay’s choice to focus on a peripheral figure rather than the central players (as with his profile of Fred West, Appropriate Adult, in 2011) renders this a warts-and-all study of a working-class community and, on a more personal level, of a betrayal of trust.

Sheridan Smith gives a compelling performance as Julie Bushby, who galvanised locals to support Karen Matthews, only to discover that she, along with the rest of Britain, had been duped. In this way, the programme cleverly builds and sustains tension through its first episode, moving on to examine the fallout from Shannon’s discovery and its effects on the neighbourhood in the second. 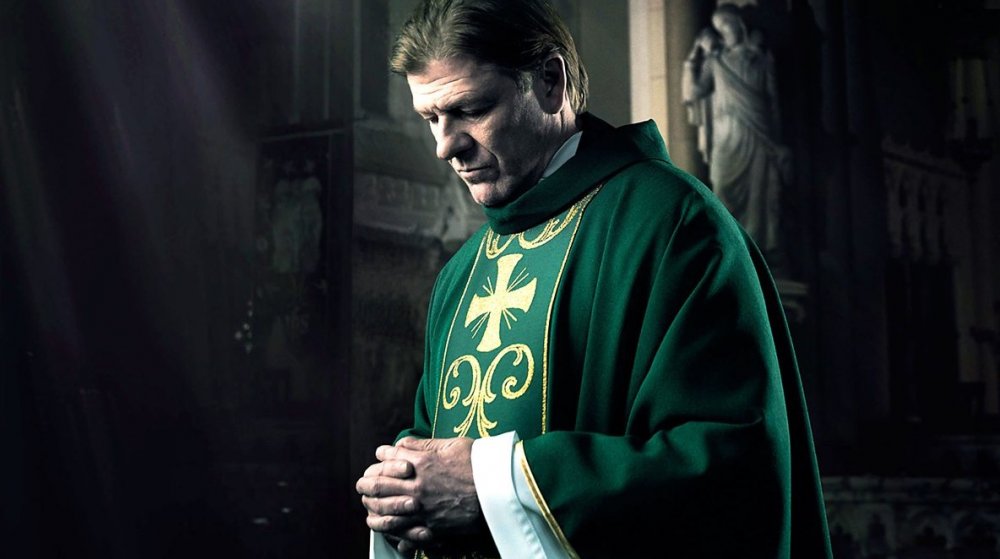 Jimmy McGovern’s symphony of grief and guilt takes one Catholic priest as the polestar of a parish surrounded by injustice and debt in an unnamed northern city. Father Michael Kerrigan, played by Sean Bean, is struggling with the weight of his own past as he tries to counsel others. Though his faith may be faltering, his humanity is steadfast.

Mothers dominate the interwoven storylines, and Anna Friel and Paula Malcomson are both remarkable as characters whose desperate financial difficulties shatter their lives. Muna Otaru is at the heart of the series as a mother who fights for the truth after her son is killed by police. But it’s Bean’s Father Michael holding everything together and when he falls apart, so do we. More catholic than Catholic, Broken shows everyday tragedies as the life-changing experiences they truly are. 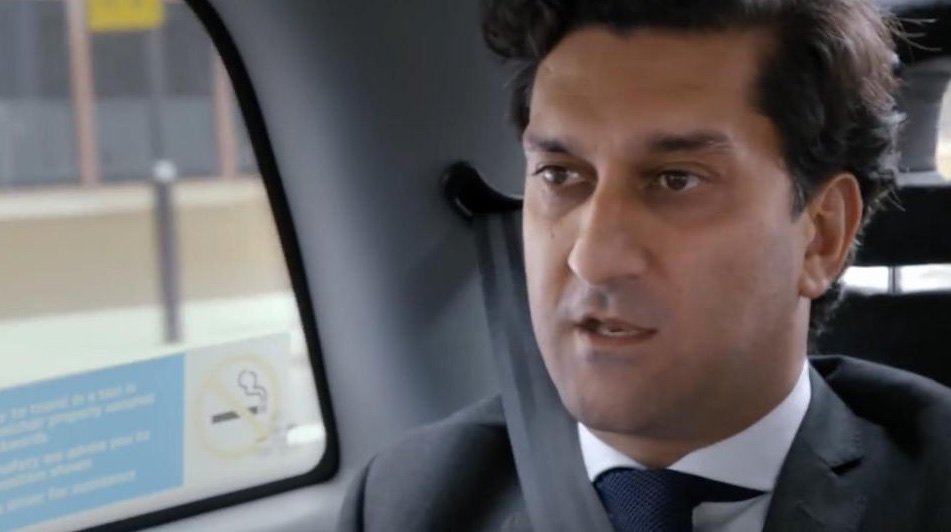 The Accused joins the ranks of recent TV programmes seeking to inject some verisimilitude into our understanding of UK judicial procedure. Where this programme innovates, however, is in its decision to eschew the nuts and bolts of legal practice and focus on the psychological implications of being accused of a serious crime in the run-up to a trial.

Our subject is Kenzey, a 23-year-old charity worker accused of allowing physical harm to a child by leaving her with her violent partner Kyle. She is also accused of perpetrating a cover-up once it became clear to the couple that their daughter was in a critical condition after an assault. As her trial date edges closer it becomes increasingly clear that Kenzey is compromised by her own emotional understanding of the fateful events in question and by her problematic relationship with the child’s father. The broader perspective is rounded out only by comment from Kenzey’s defence team and by Kenzey’s own mother, who offers up a devastating account of her granddaughter’s condition post-incident. The verdict, when it comes, isn’t entirely unexpected but The Accused offers audiences a fresh, human perspective on the courtroom procedural. 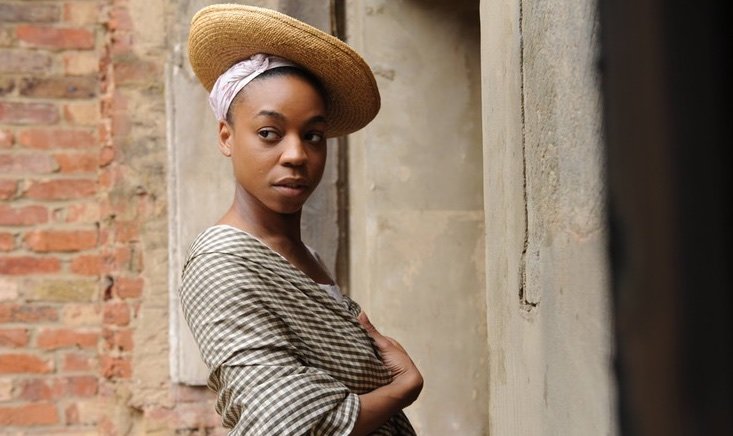 Tucked away on ITV Encore, Harlots appeared as an unruly period drama in the vein of Taboo or Ripper Street, but with a defiant female focus. Created by Moira Buffini and Alison Newman, and inspired by historical accounts of prostitution in 18th-century London, the series stars Samantha Morton and Lesley Manville as warring madams in Georgian Soho who will stop at nothing to attain wealthy customers and climb the social ladder.

Sumptuous, tough and incredibly bawdy, Harlots doesn’t shy away from sex and violence, nor the (often fatal) consequences that follow. Colonialism also looms large as former slave Harriet (Pippa Bennett-Warner) struggles to buy her children back and turns to Morton’s Margaret Wells and her partner Will North (Danny Sapani) for help. Here’s hoping Wells and Quigley (Manville) return for further schemes and scandals. 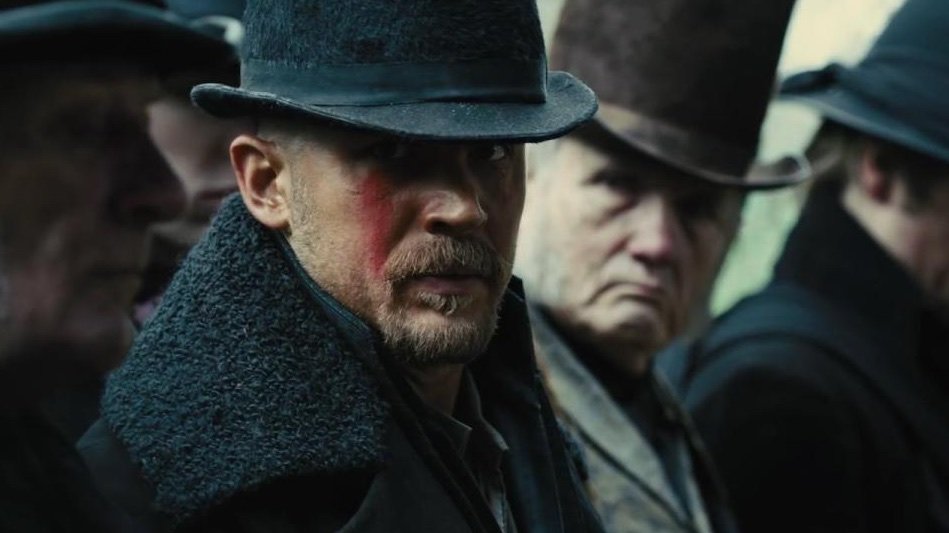 In a decade of ever-darker historical TV drama (Ripper Street, Peaky Blinders), Taboo was the deepest black yet: a full-blooded – and very bloody – exploration of early-19th-century London, corrupt centre of globalisation’s first era. Steven Knight’s eight-parter, from a story by star Tom Hardy and his father Chips, repackaged Joseph Conrad for the Game of Thrones generation, with Hardy’s Kurtzian antihero returning from the heart of darkness to infect the heart of empire.

After 12 years in Africa, Delaney comes home to bury his father, revive an incestuous bond with sister Zilpha (Oona Chaplin) and claim his inheritance: a package of strategically vital North American land fought over by the Crown, the East India Company and the newly independent United States. In a murderous war of greed, Delaney frustrates and manipulates his three powerful adversaries, enduring torture and multiple assassination attempts in the process. With delicious performances from Jonathan Pryce, Jessie Buckley, David Hayman, Tom Hollander, Mark Gatiss and more, Taboo was a gripping and timely assault on the precious myths of capitalism, colonialism and nationhood. Cosy Sunday teatime fare it wasn’t. 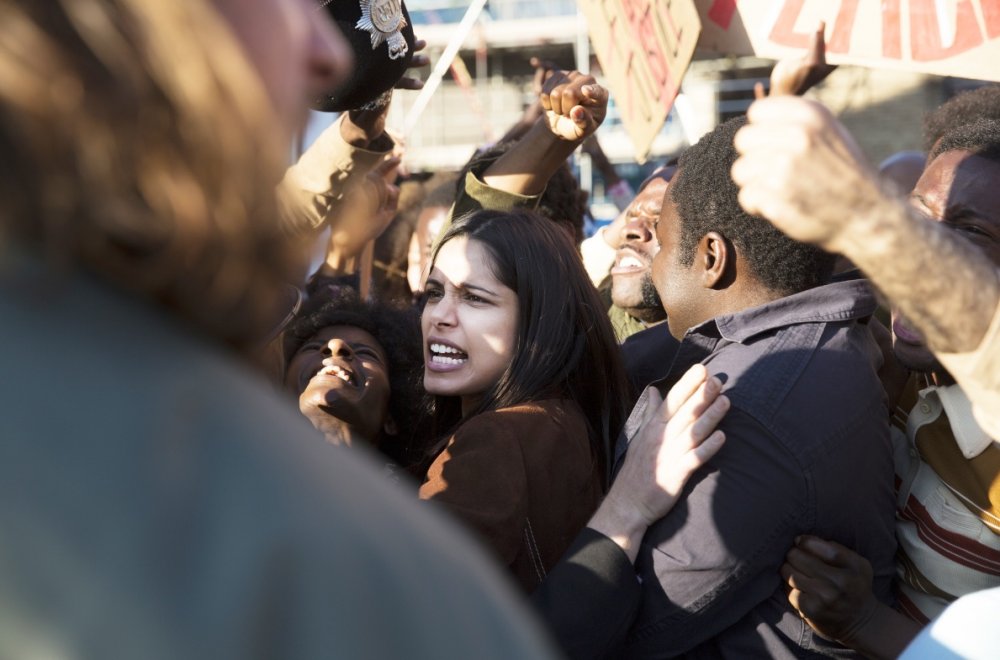 Fact and fiction blend together in 12 Years a Slave screenwriter John Ridley’s drama about a couple spurred from political action to violence in London in the early 1970s. With advisers including Darcus Howe and Farrukh Dhondy, Guerrilla is based around the history of the British Black Panthers, with the central characters forming a Baader-Meinhof style gang. Freida Pinto and Babou Ceesay star as Jas and Marcus, the centre of a complex drama encompassing police, informants, activists and terrorists.

Featuring Idris Elba and Zawe Ashton as charismatic activist leaders and Rory Kinnear and Daniel Mays as the corrupt officers behind Scotland Yard’s Black Power desk, the series is constantly exploring different perspectives and motivations. Wunmi Mosaku and Denise Gough play characters in impossible positions, caught between personal loyalties and police ensnarement. Though Indian actor Pinto’s casting raised criticism from many who felt that the central contribution of black British women to the activist movements had been sidelined, Guerrilla is packed full of ideas and debates. Its ambition marks it out as one of the most interesting dramas of the year.