BFI curators select their favourite homegrown television of the year.

In a tumultuous year, one thing remained certain: there was always something good on telly. Prestige dramas, nerve-wracking thrillers, landmark documentaries and awe-inspiring natural history were among the programmes that kept us glued to our screens in 2016. TV itself took on new forms: BBC Three moved online and series including Thirteen and The Living and the Dead premiered on BBC iPlayer prior to broadcast, while Channel 4 launched Walter Presents, a niche online platform for foreign-language television.

Conversely, the nation mourned as The Great British Bake Off switched channels, proving that linear scheduling still really matters. Celebrating the best of British TV isn’t difficult, but selecting it certainly is. To make things easier we have focused on new programmes, despite the magnificence of many returning series. With a range of highlights across channels and genres, here is the best of 2016 from BFI curators. 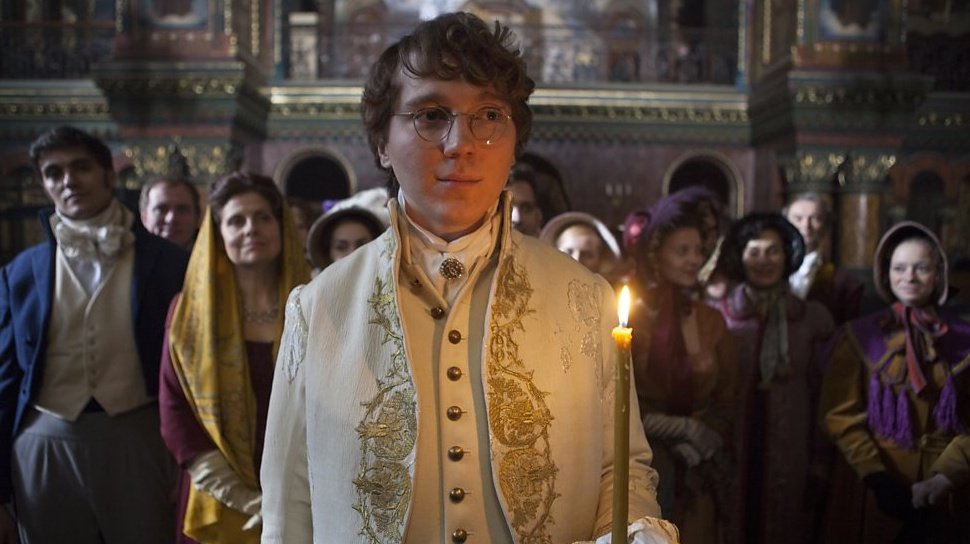 Way back in January, the BBC gave us a glittering start to 2016 with this starry adaptation. Andrew Davies refined the epic story to its fundamental elements and a terrific cast carried off the desires, ambitions and failings of all too human hearts with aplomb. Paul Dano’s performance as Pierre – his face an eternal question mark – was a particular pleasure. Director Tom Harper ensured that the battle sequences were immersive and visceral, while intimate scenes and personal betrayals were urgent and compelling. War & Peace raised the curtain on a series of gripping BBC Sunday night dramas this year.

Elizabeth II’s 1953 coronation helped propel television to media dominance – does online broadcasting’s first heavyweight heritage epic herald a similar passing of the sceptre? There’s enough family intrigue in Peter Morgan’s 10-parter for any soap (cue inevitable Coronation Street puns), but Morgan’s real concern is less the individuals than the institution. Suitably stately (the first series barely reaches three years into Elizabeth’s reign), it finds an establishment still reeling from the 1936 abdication crisis but intent on reasserting the crown as a rock of permanence at the heart of the state. Thus the emergence of Elizabeth Regina demands the steady submergence of Elizabeth Windsor, while unruly personalities and passions (chiefly those of Philip, Margaret and the disgraced former king) must be ruthlessly suppressed. Meanwhile, frail Churchill eventually stands aside for wayward Eden, and Suez rumbles. With a long arc ahead, it’s a guilty watch for republicans but an instructive one for the current heir to the throne, should he happen to have a Netflix account. 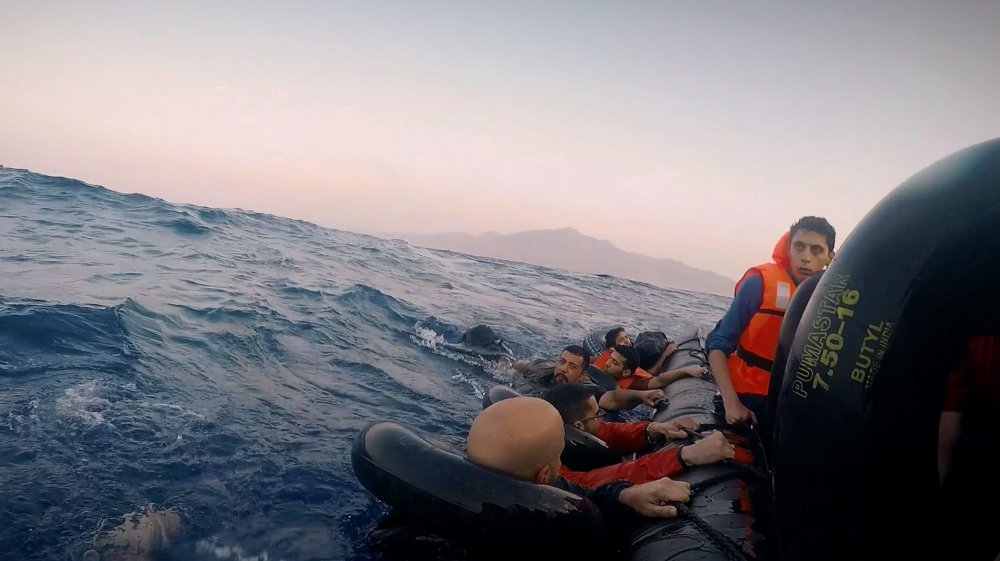 Moving, desperate and humorous, the stories of just a few of the thousands of migrants who risked their lives to enter Europe in 2015 are told in this remarkable three-part series. In a groundbreaking move, the filmmakers gave migrants camera phones to film their perilous journeys first hand. Made in the lead up to the Brexit vote, the film sheds light on the plights of irrepressible 11-year-old Isra’a, quietly desperate Hassan and defiantly jokey Ahmad. Most viewers who followed their terrifying journeys from Syria will surely be wishing that their dreams of a better life in Europe come true.

The Secret Life of a Bus Garage (ITV)

Tucked away in a late-night slot at the height of the Euro 2016 competition and the referendum debate, this gem was largely overlooked, yet it had more to say about immigration, diversity and community than anything else around. Concentrating more on the personal lives of characters who work at Stockwell bus garage than on the work they do, Nick Poyntz’s documentary was full of humanity, humour and the highs and lows of ordinary lives. 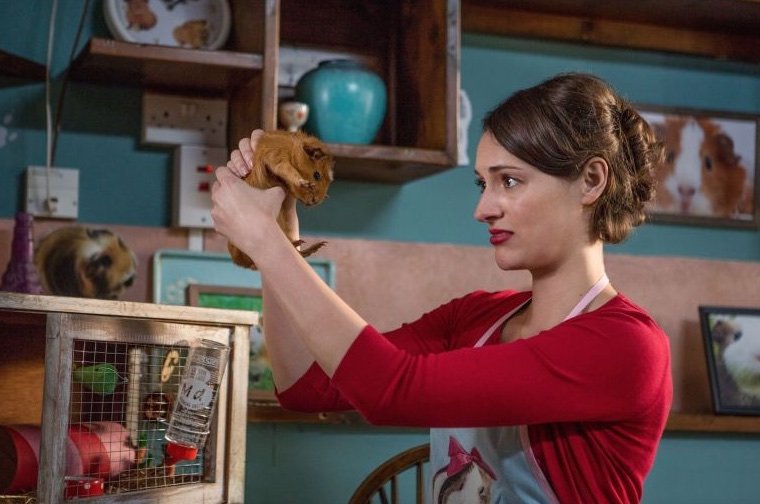 Written by and starring Phoebe Waller-Bridge, this six-part comedy centres on the chaotic sex life, family life and working life of Fleabag, a young woman loose in London. Fleabag is outstanding for the way it deftly shifts between laugh-out-loud comedy and heartbreak, from outrageous sex scenes (and some filthy dialogue) to painfully awkward encounters with our heroine’s sister (both are grieving the loss of their mother), with clever use of shameless comic asides (an anti-Miranda) and surreal dreamlike sequences to illustrate minor points. Well written, well made and well played – with a supporting cast including Olivia Colman and Bill Paterson – and all-too believable, especially in the very touching scenes with Fleabag’s deceased best friend, Boo. 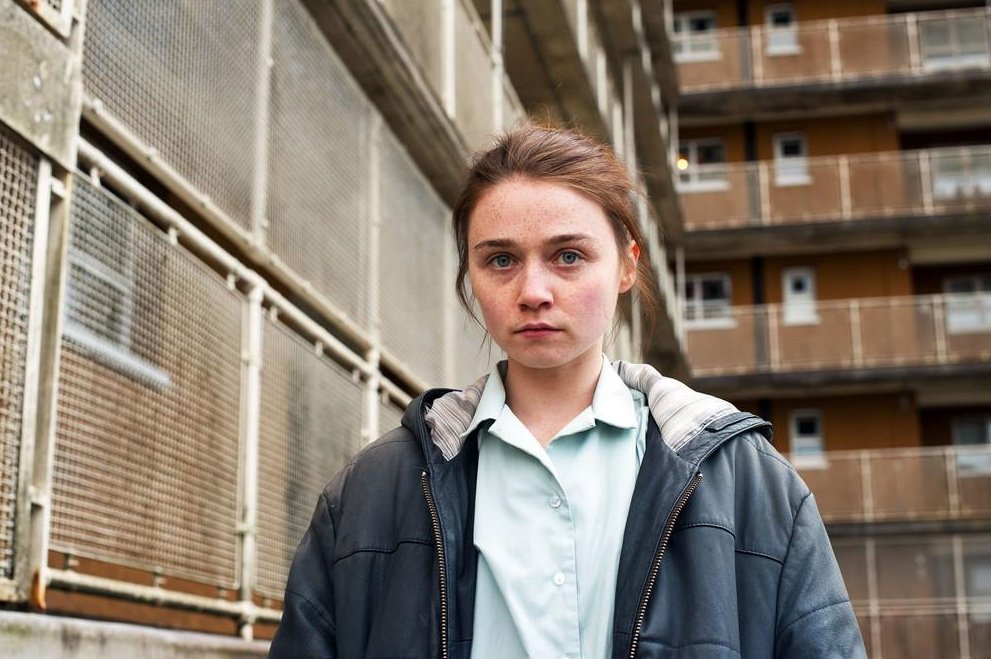 A single drama debut by writer Sarah Quintrell and director Mahalia Belo, Ellen tells the story of a 14-year-old girl who runs wild across her London estate. She is gobby, stroppy and totally blind to her own vulnerability. Jessica Barden’s fearless performance presents Ellen as maddeningly headstrong but also goofy and silly, at least with her friend Kayla (Yasmin Monet Prince). Her relationship with her mother (Jaime Winstone), though, is sour, and tinged with loss and righteous anger. Produced by an array of new talent as part of Channel 4’s Coming Up scheme, Ellen was reminiscent of Andrea Arnold’s Fish Tank (2009), but with a more sinister message that’s powerfully brought home in an unforgettable conclusion.

The sublime comedy highlight of the year, with a depth of characterisation that most dramas would be hard put to match in just six 30-minute episodes. Lesley Manville’s newly-widowed Cathy manages to keep a smile on her face and a calm presence as her family swirls around her making constant demands on her time and patience. Moments of great poignancy are layered with the subtle details that give all the characters a credible feel, and the viewer is left longing for more. And then there’s Pauline… 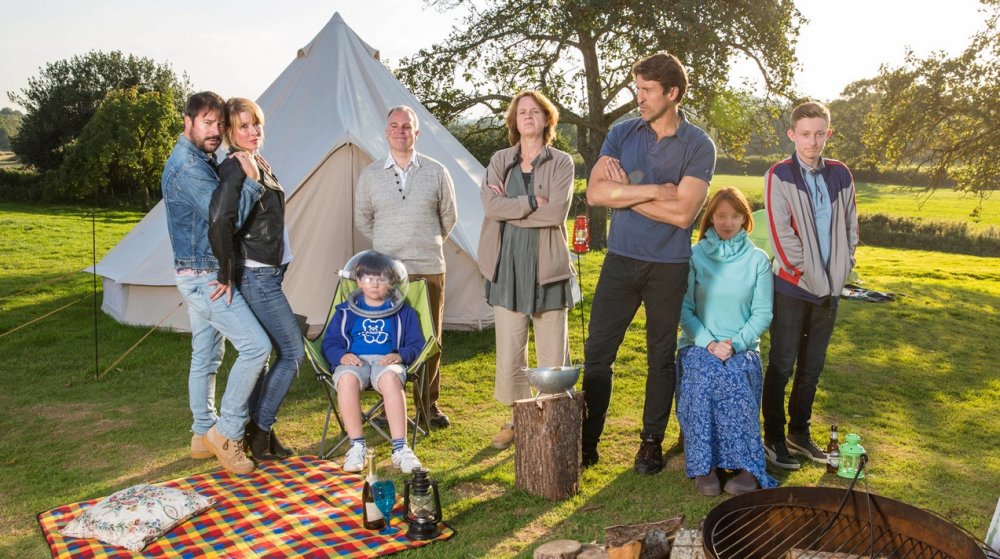 Fans of Julia Davis, the subversive comic genius of Nighty Night fame, weren’t all pleased to see six-parter Camping confined to Sky Atlantic. But for those who managed to catch it, what a deranged treat. The show’s hyperventilating heart is bitter harridan Fiona (Vicki Pepperdine), organiser of an increasingly nightmarish Devon reunion to celebrate the 50th birthday of henpecked husband Robin (Steve Pemberton). Fiona’s outrageous control-freakery propels us into high camp from the off, progressing to full-blown hysteria as a motley crew of unhappy campers derail her military-grade planning. Davis (also spot on as manipulative nymphomaniac Fay) excels at writing apparently extreme but ultimately relatable characters (you’ll end up rooting for Fiona). Inevitable comparisons to Mike Leigh’s TV classic Nuts in May (1976) don’t really stick: Camping is much darker, with the unsettling ring of truth to it. A brilliant dissection of midlife crises and the fraying edges of friendship.

In a year that has seen a host of powerful documentaries, Hillsborough still stands out – the definitive story of a disaster that should never have happened. Daniel Gordon meticulously details the events leading up to it, the fateful day itself, and the decades-long struggle for truth and justice. We hear heartbreaking personal stories not only from relatives and surviving fans but also the policemen on duty, and the CCTV footage and previously unseen footage from inside the stadium is almost unbearable to watch. Documentary filmmaking at its best.

A telegenic black historian addresses the camera atop fields surrounding Hadrian’s Wall and tells of Afro-Roman settlers in third-century Cumbria: this is TV history-land, but not as we know it. David Olusoga’s 2015 two-parter, Britain’s Forgotten Slave Owners, was a harder-hitting assault on national self-delusion (Britain abolished the slave trade, yes, but only after practicing it, big time, then rewarded the owners handsomely). But the strength of this four-part epic is the way it rings intricate changes on a middlebrow, middle-England-favoured genre, with travelogue pans, interviews, case studies and sweeping score all present and correct. Telling, moving details abound, from a black Tudor musician to black sailors at Trafalgar, subversive minstrelsy, the anti-slavery self-sacrifice of white Rochdale, and Olusoga’s personal recollection of bricks through his family’s windows.