As the Spanish actor turns 59 and his eighth collaboration with Pedro Almodóvar, Pain and Glory, hits UK screens, we take a look back at 10 of his key performances. 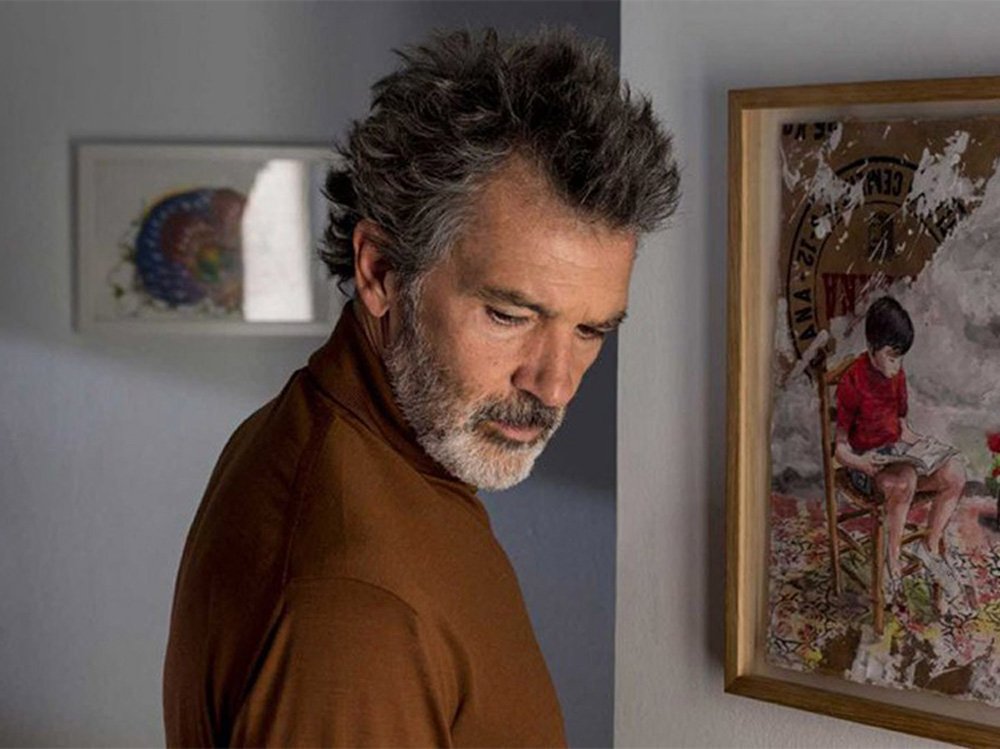 As he turns 59 on August 10, Antonio Banderas celebrates his birthday as one of Spain’s most famous and bankable acting exports. With a career spanning budgets and genres, the last three-plus decades have seen him play everything from desperado outlaw to action hero, lover to father.

His latest, Pain and Glory, sees him team up with Spanish director Pedro Almodóvar for the eighth time, and it’s particularly personal for both filmmaker and star, not least because it was Almodóvar who gave the then-unknown Spanish actor his start in the 1980s, in films like Labyrinth of Passion (1982), Matador (1986) and Law of Desire (1987). Banderas won the Best Actor award at this year’s Cannes Film Festival for his portrayal of Pain and Glory’s central character Salvador Mallo, an ageing Spanish director facing the twilight of his life while reflecting on, and attempting to recapture, his former glories.

Its release offers the perfect opportunity to look back on Banderas’s career, and celebrate 10 performances that really showcase his depth and range. It’s an eclectic list indeed, more than proving that he is one of the big screen’s most versatile and interesting actors. 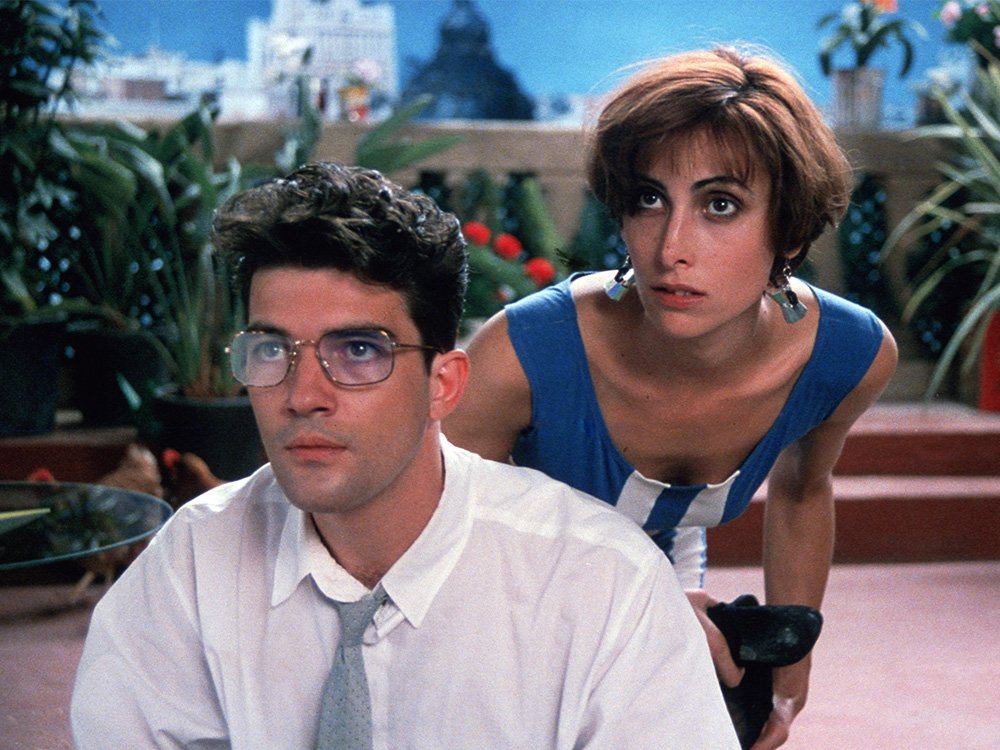 Banderas’s fourth film with Almodóvar, Women on the Verge of a Nervous Breakdown is a colourful comedy that brought both director and star to international attention. Although this tale of a jilted actress (Carmen Maura) navigating the aftermath of her breakup is most certainly an ensemble piece, with the female characters taking centre stage, Banderas’s turn as a desperately attractive but woefully naive young man who is totally under the spell of his aggressive fiancee provides many of the film’s most memorable moments. 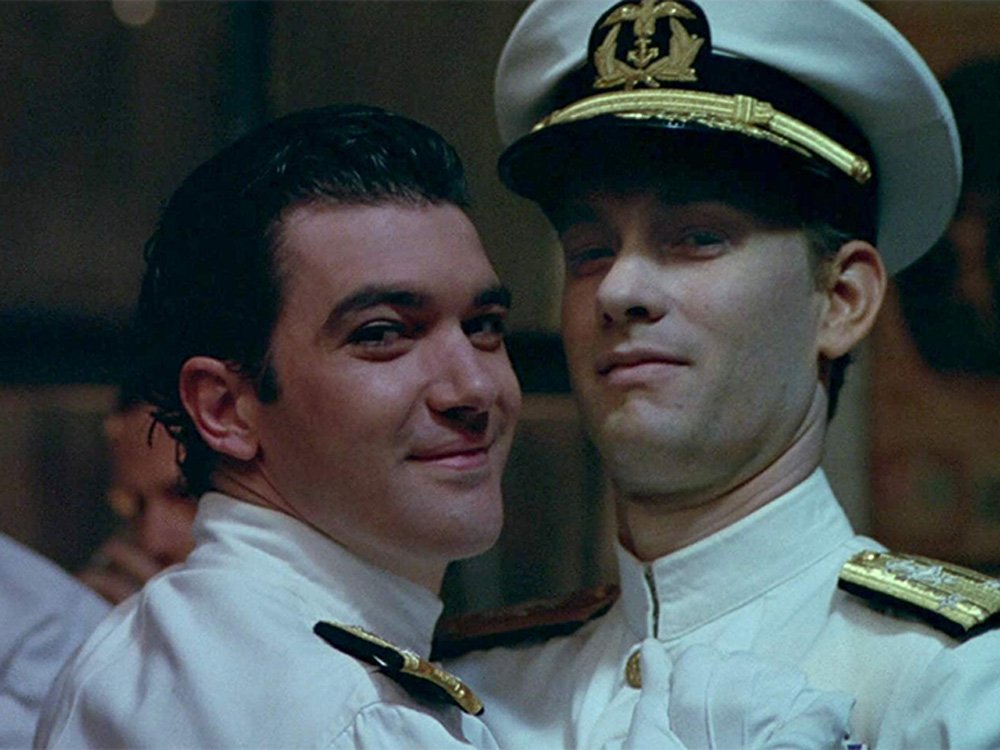 While Philadelphia is perhaps best remembered for Tom Hanks’ Oscar-winning performance as Andrew Beckett, who sues his law firm when they fire him after learning of his diagnosis with Aids – as well as its impassioned debunking of the myths and stigmas surrounding the disease – it also features an early Stateside performance from Banderas as Beckett’s lover Miguel Alvarez. Banderas’s heartbreaking, naturalistic portrayal of a man helplessly watching his lover die is even more impressive considering that it comes just a year after his breakthrough role in Arne Glimcher’s The Mambo Kings (1992), for which he had to learn his English-language lines phonetically. 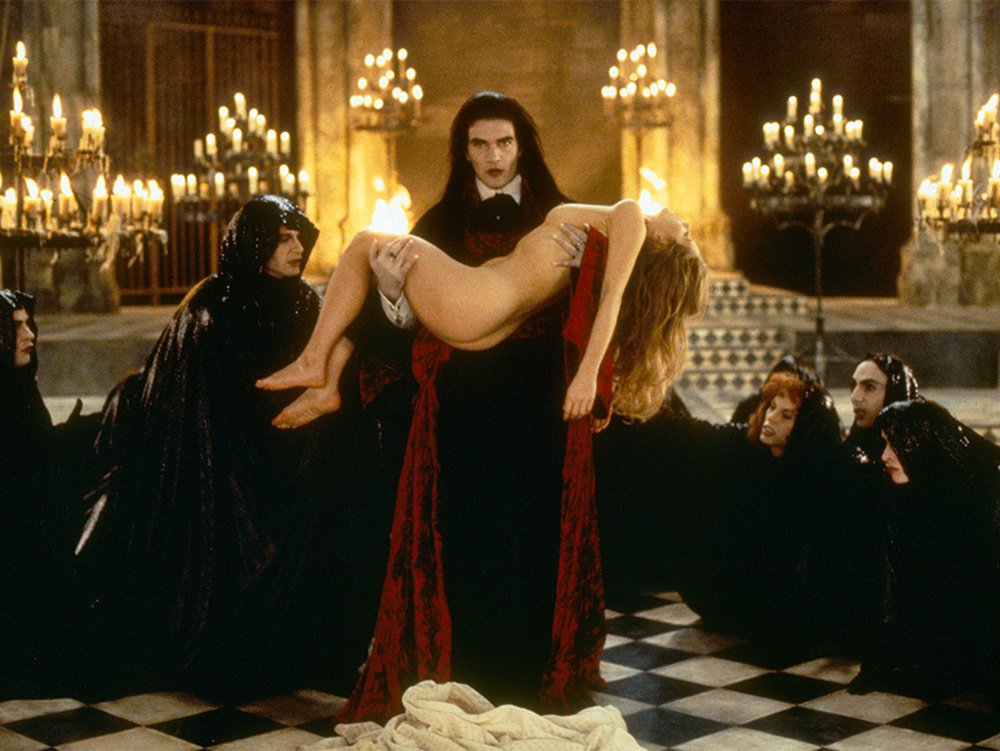 While Neil Jordan’s decadent adaptation of Anne Rice’s novel is positively dripping in homoeroticism, it is Banderas, as the world’s oldest vampire Armand, who has the honour of having dalliances with both Tom Cruise’s Lestat (although the pair never share any screen time) and Brad Pitt’s Louis. With his cascading dark locks, piercingly dark eyes and vibrant red velvet cape, Banderas certainly looks the part – even though he is much older than Rice’s original creation – and commands the screen as a man who, despite his beguiling appearance, has not a shred of humanity left within him. 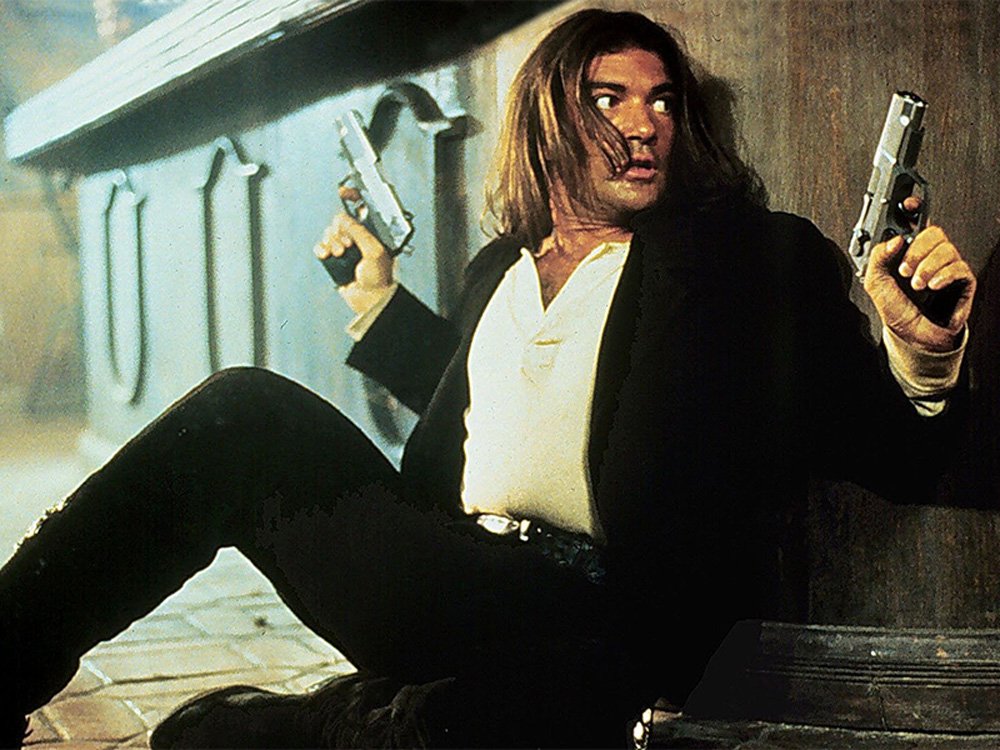 In following up (or, as most would more rightly claim, remaking) his independent Spanish-language 1992 debut El Mariachi, which starred Carlos Gallardo in the lead role, Robert Rodriguez cast Banderas as the travelling musician seeking revenge on the bloodthirsty Mexican drugs baron who killed his lover. Aided by some expertly choreographed eye-popping action sequences and sizzling chemistry with co-star Salma Hayek, who plays bookstore owning love interest Carolina, Banderas gives a performance that really put him on the map for western audiences. Banderas has since worked with Rodriguez on further movies, including Desperado sequel Once Upon a Time in Mexico (2003) and family adventure Spy Kids (2001). 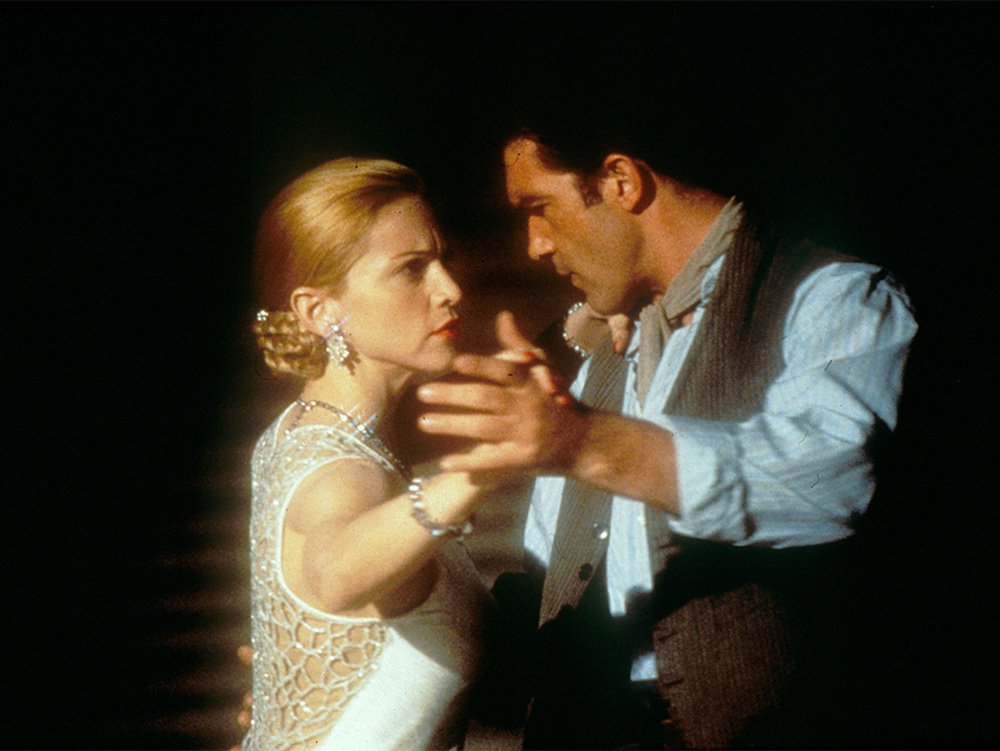 Just a year after shooting up the screen in Desperado, Banderas slowed things down with a role in Alan Parker’s adaptation of 1970s musical Evita: the biopic of the titular actress (played by Madonna) who became the wife of Argentinian president Juan Perón. Taking the role of Ché (who in the stage version is named as Che Guevara, the Marxist revolutionary, who in reality was only in his teens when the Peróns came to power and never met Evita), Banderas commands the screen as the smooth-talking (and singing) narrator who combines wit and sharp intelligence to lay Evita bare, questioning the motives behind her saintly exterior and allowing the audience to fill in the blanks of her character. 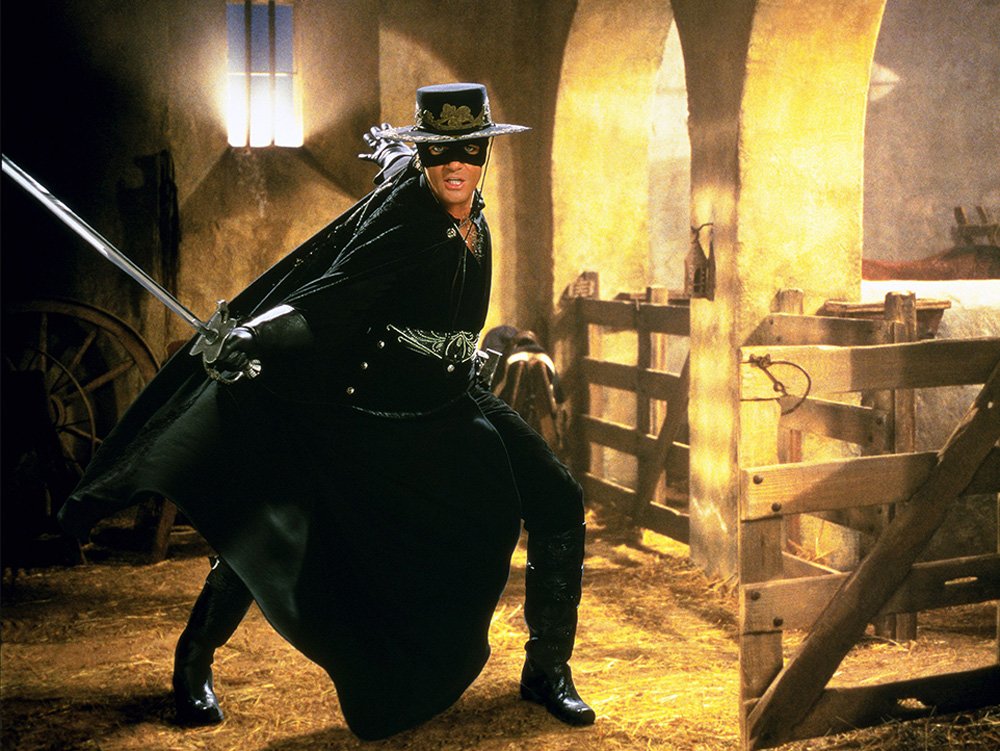 Eight years before he reinvented Bond with Casino Royale (2006), director Martin Campbell rejuvenated the traditional swashbuckler with this action-packed romp that has Banderas firmly at the helm. He is Alejandro Murrieta, a young thief who trains with the original masked vigilante Zorro (Anthony Hopkins) in order to pursue revenge against a corrupt governor, which results in plenty of exhilarating action scenes and a steamy, if volatile, dalliance with Catherine Zeta-Jones’s Elena. We shouldn’t forget that Banderas’s performance here – which netted him his second Golden Globe nomination, following the one he received for Evita – also led to his scene-stealing turn as Puss in Boots in Shrek 2 (2004). 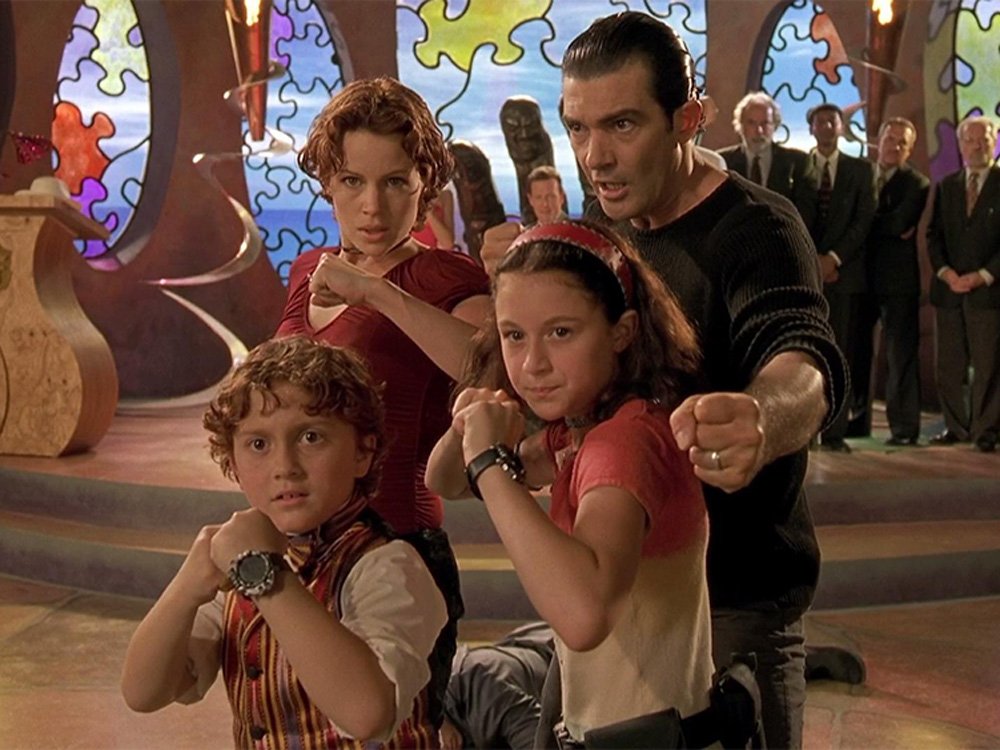 In the early 2000s, independent filmmaking darling Robert Rodriguez tried his hand at family-friendly action adventure with the enjoyable romp Spy Kids. He cast Banderas as Gregorio Cortez who, along with his wife Ingrid Cortez (played by Carla Gugino), is drawn back into the espionage world they left when they had a family – only for their kids to get embroiled in a shadowy scheme to create a race of robot children. If it sounds outlandish that’s because it is, enjoyably so, and the fun that Banderas is clearly having with the role is hugely infectious. 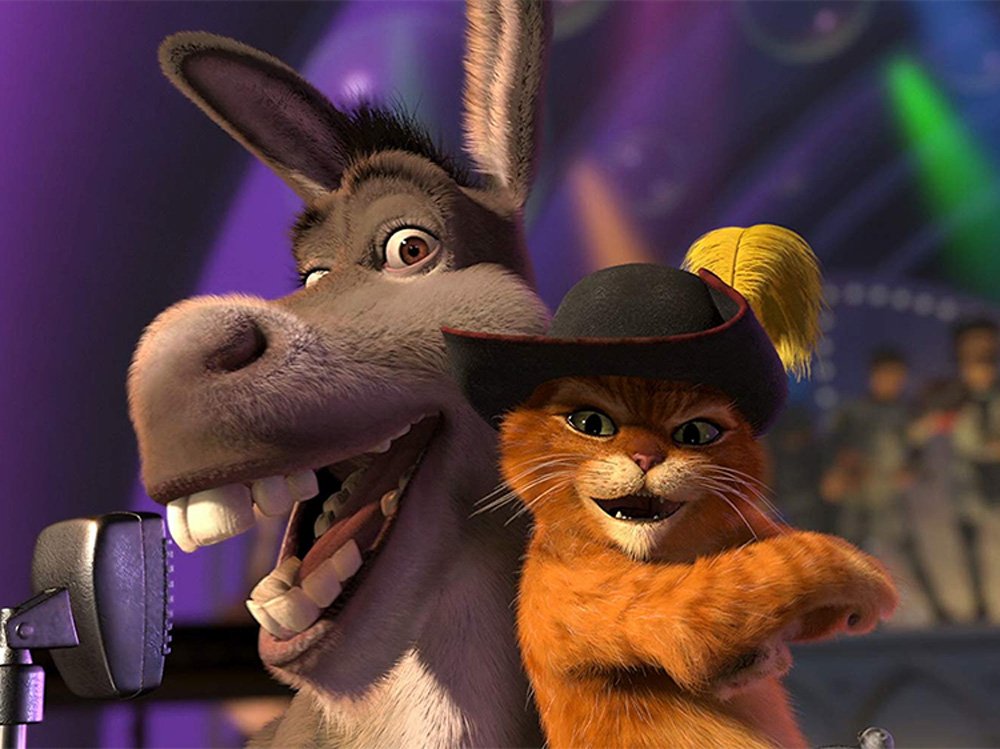 It’s no exaggeration to say that Banderas steals the show in animated sequel Shrek 2 – no mean feat, considering the cast also includes Mike Myers as the titular ogre and Eddie Murphy as the wise-cracking Donkey. As feline assassin Puss In Boots, Banderas plays on the sardonic swashbuckler character he perfected in 1998’s The Mask of Zorro, while also demonstrating some truly impressive comedy timing. Indeed, while Puss went on to have his own spin-off movie in 2011, it never quite reached the comedic heights of this first appearance alongside Shrek and co. 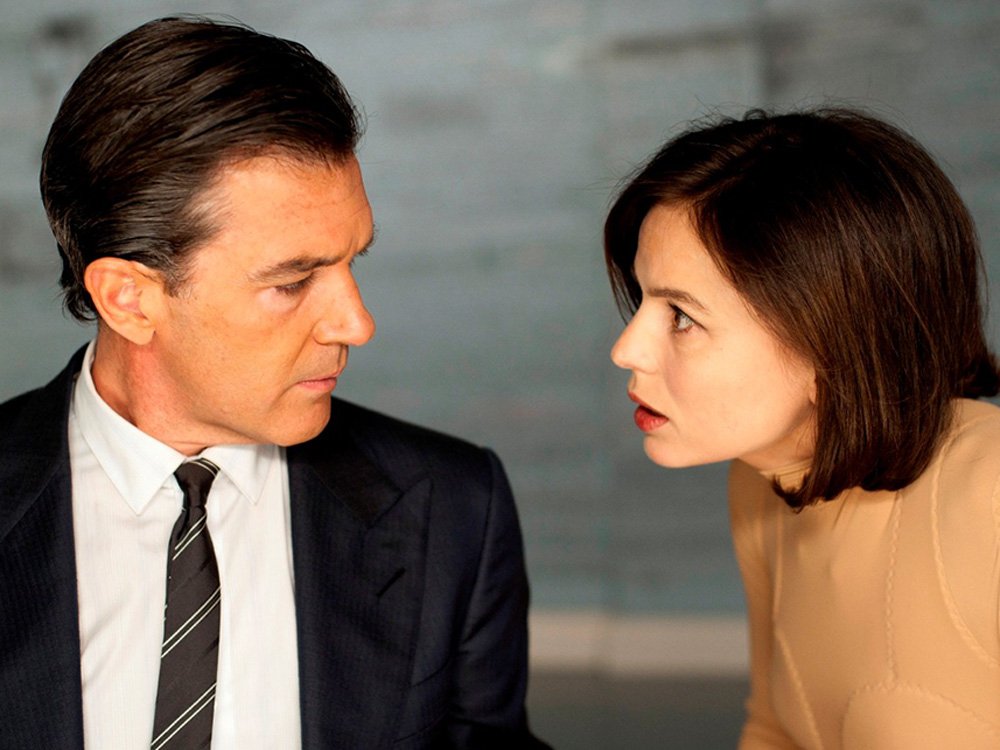 For his seventh collaboration with Almodóvar, Banderas took on one of his darkest roles to date: that of a brilliant plastic surgeon who creates a synthetic skin that’s impervious to damage, which he tests on the beautiful woman he keeps as both prisoner and patient. While Almodóvar’s male gaze may often be overwhelming – perhaps the point in a film which explicitly explores ideas of identity and sexuality – Banderas’s cool, charismatic performance as a talented man expunging his demons in the most outrageous of ways is one of the best in his Almodóvar canon. 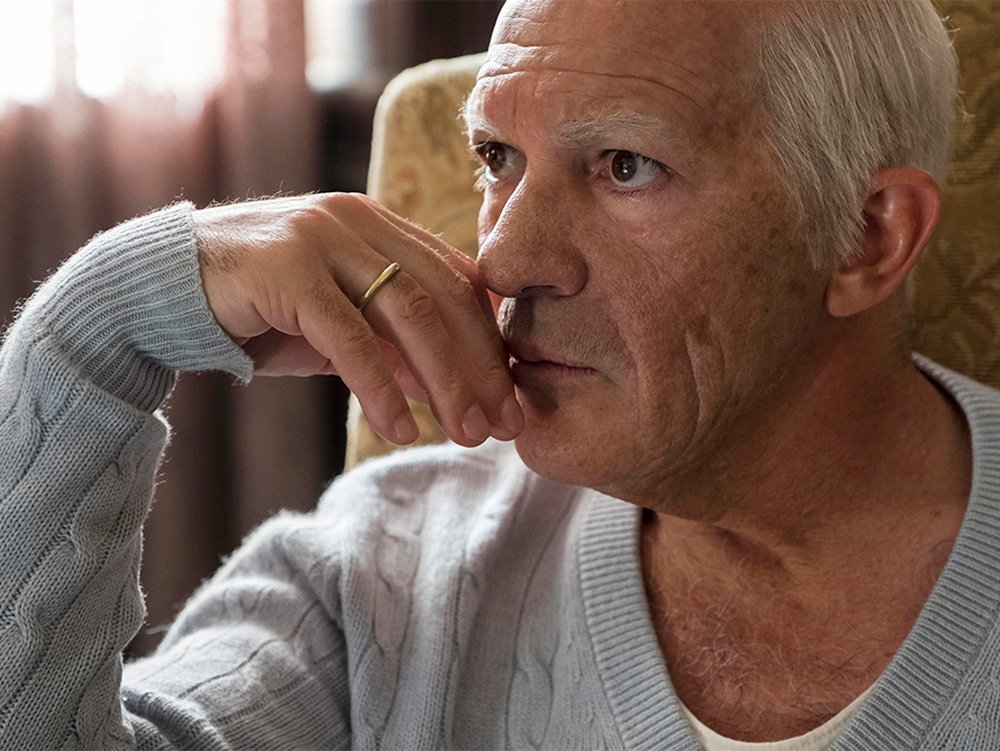 In 2018, Banderas made a rare foray on to the small screen to play celebrated Spanish painter Pablo Picasso. While the National Geographic mini-series may have suffered from taking a dumbed-down approach to the life of the artist and by reducing most of its female characters to mere muses, it nevertheless boasts another fine performance from Banderas, who plays Picasso from his 40s until his death at the age of 91. Speaking in his native Spanish, and playing the artist as both womanising lothario and shuffling old man, Genius is the perfect showcase for Banderas’s attention to detail and dramatic range.