Dive in the history of British animation with these hand-picked highlights from our massive BFI Player collection.

The launch of our Animated Britain collection on BFI Player has given unprecedented access to a wealth of British animation history. But with some 300-odd films across eight collections it’s perhaps a little difficult to know where to begin. So here is a choice selection from each category to help you get the ball rolling. 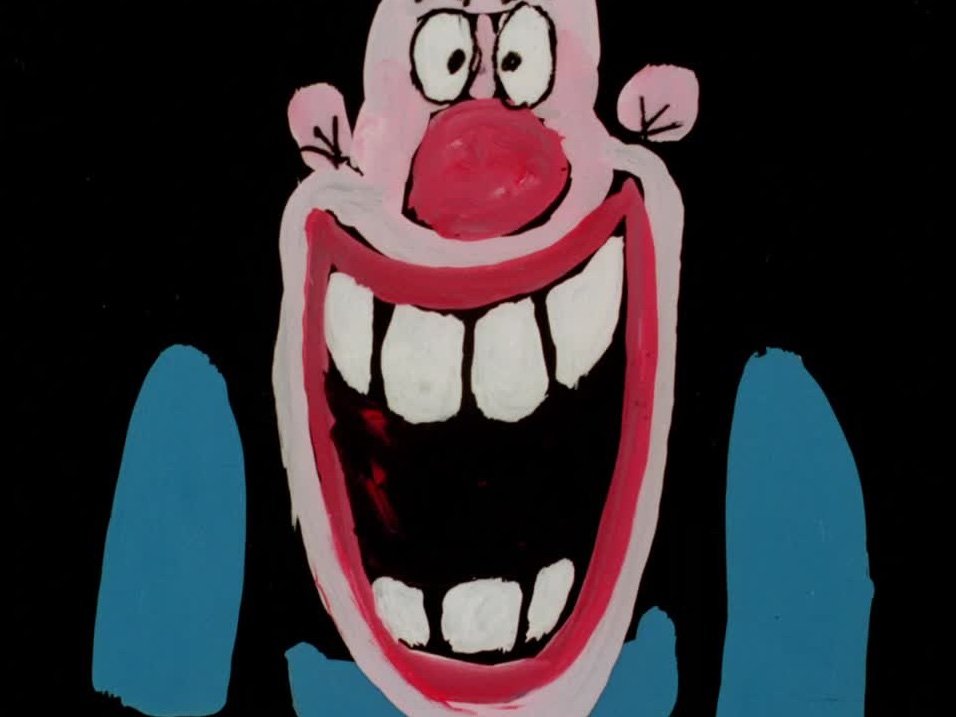 From the Animated Britain collection

The header image for our main collection comes from Bob Godfrey’s Two off the Cuff (1968), which is a good place to start. Bob is best known for his cult kid’s TV series Roobarb (1974) and Henry’s Cat (1983-93), his comedy sex cartoons like Henry 9 ’til 5 (1970), or his Oscar winning musical biopic of Isambard Kingdom Brunel, Great (1975). But this film is something different, representing his more experimental work of the 1960s. Don’t be intimidated though. It’s still full of Bob’s irreverent humour, unique voiceover work and is based on stories by Henry’s Cat co-creator Stan Hayward. 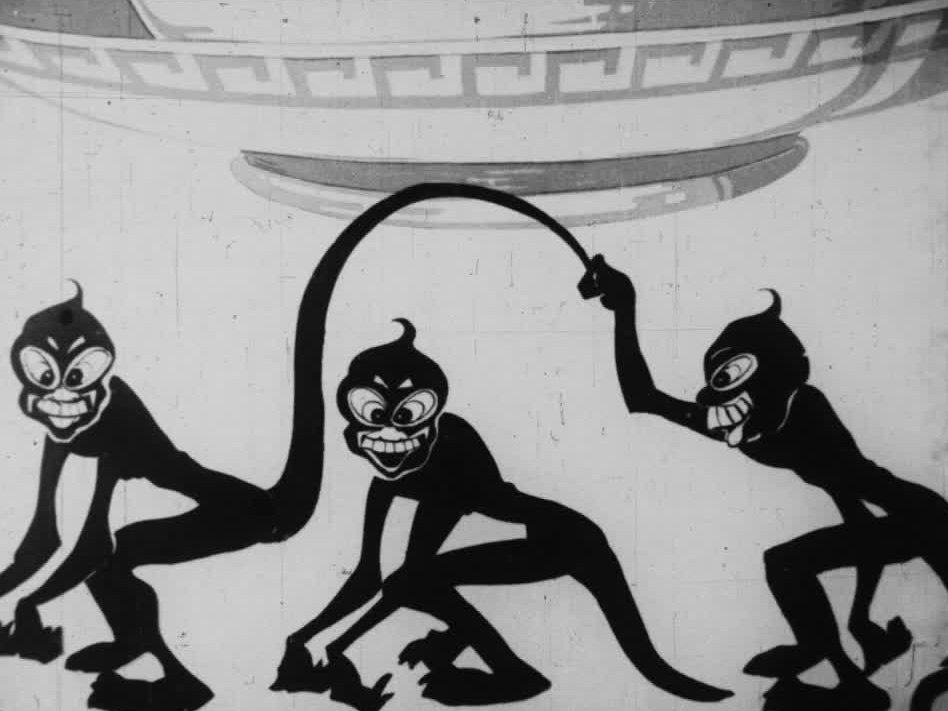 From the Early Animation collection

The Health & Cleanliness Council were a self-appointed public health body who very quickly embraced the potential of film – and in particular animation – to speak to a range of audiences. Four Giro the Germ films were made over eight years (see the last one to compare). This first one features a rare early use of rotoscope in British animation: live-action footage of a flapper-style dancer were filmed and traced into drawing sequences making the germ characters simultaneously disgusting and delightful. 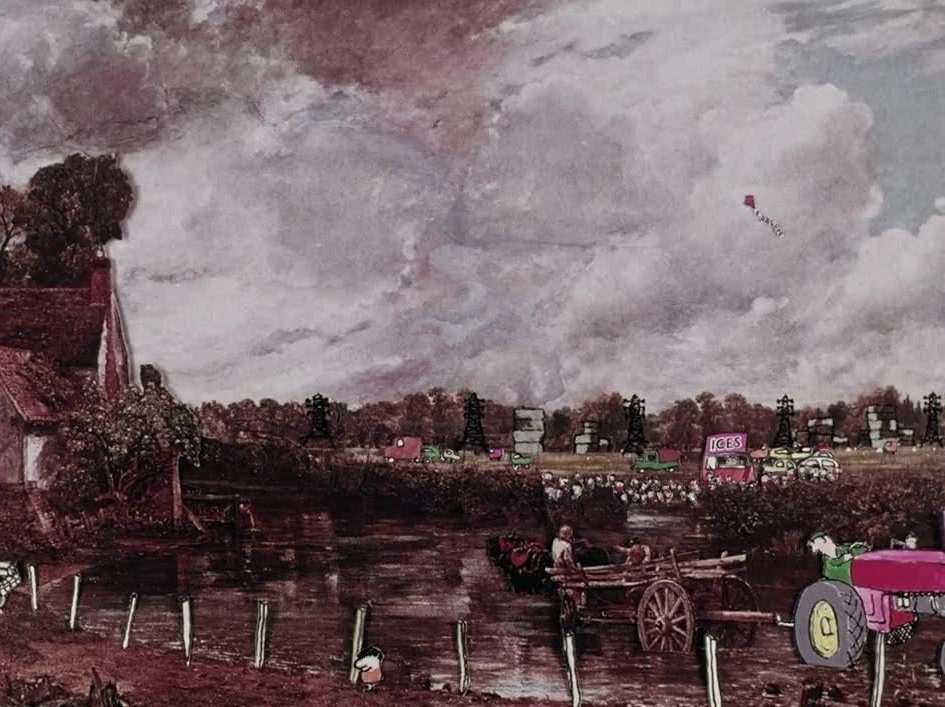 From the DIY Animation collection

The animated aphorisms of Derek Phillips are a trove waiting to be rediscovered. While working as a musician, Derek self-produced and distributed more than 45 short films, almost all animated, between 1965 and 1974. No two films are quite alike, but each share his rationalist, pessimistic, philosophical, yet comic take on the world. 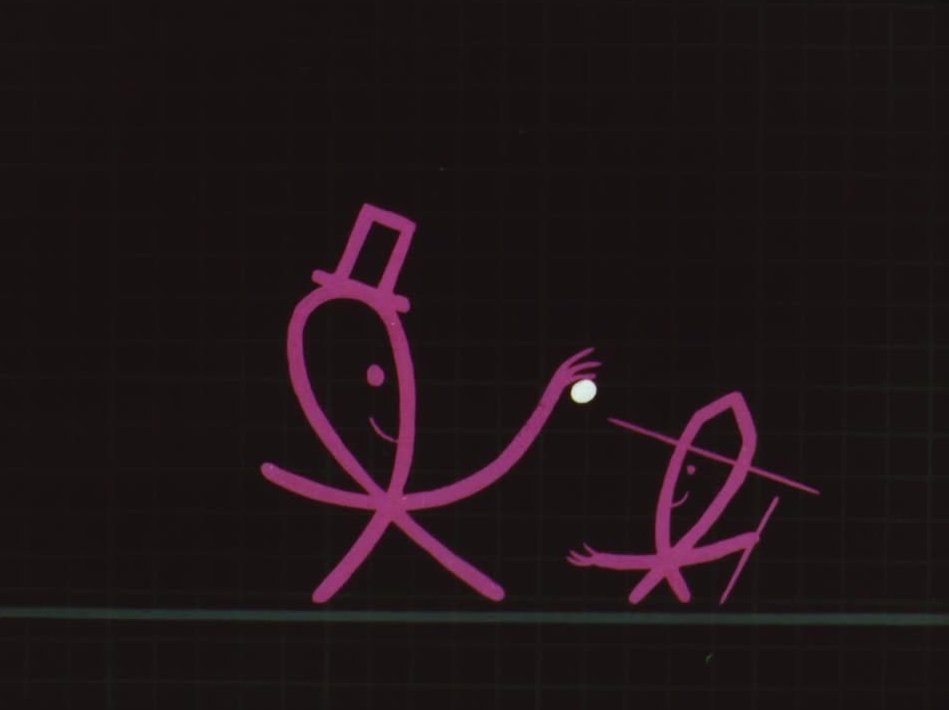 From the Animation Goes to Work collection

Fancy watching an eight-minute animated breakdown of ICI’s annual budget? If only all PowerPoint presentations were this engaging and visually innovative. Sponsored filmmaking has long been a financial refuge for animation studios, and Larkins Studio were masters at bringing outstandingly creative treatments to the dullest of briefs. 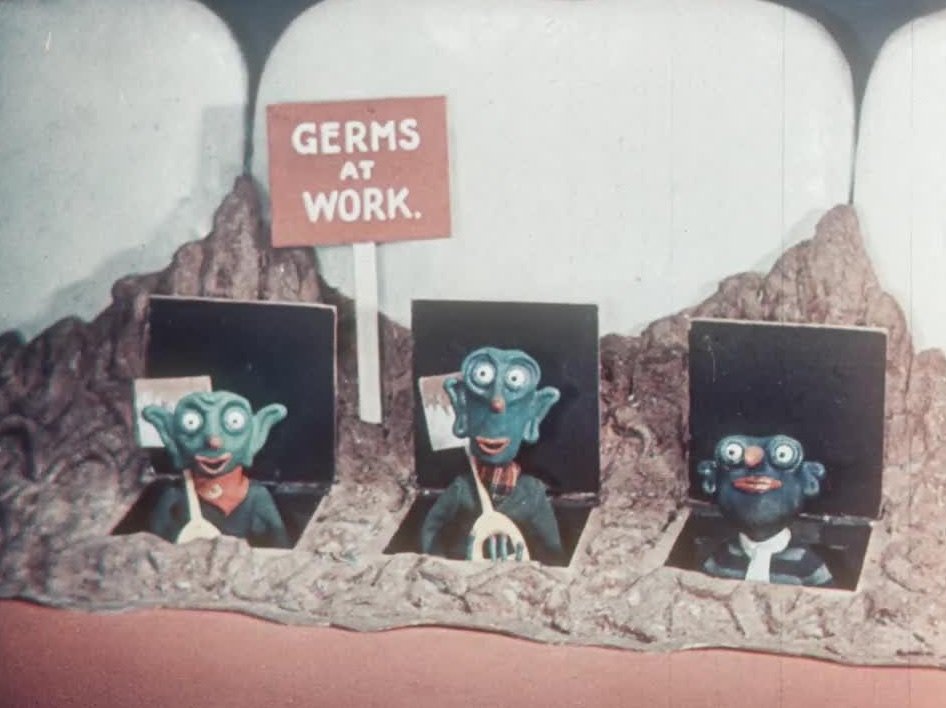 From the Animated Ads collection

Warning – this bizarre stop-motion cinema commercial may cause compulsive teeth brushing. Watching this film with no prior knowledge, you might have trouble pinpointing when it was made. The puppets seem unusually modern compared to the voiceover and tone, with the experimental colour process – ‘British Tricolor’ – adding to the unusual feel of the film. Little is known about the film’s creator, Edwin Shorter, beyond a 1942 patent for “Production of animated cinematographic cartoons and puppet for use therefor” and an incomplete fragment of another film by him, which is held in the BFI National Archive. 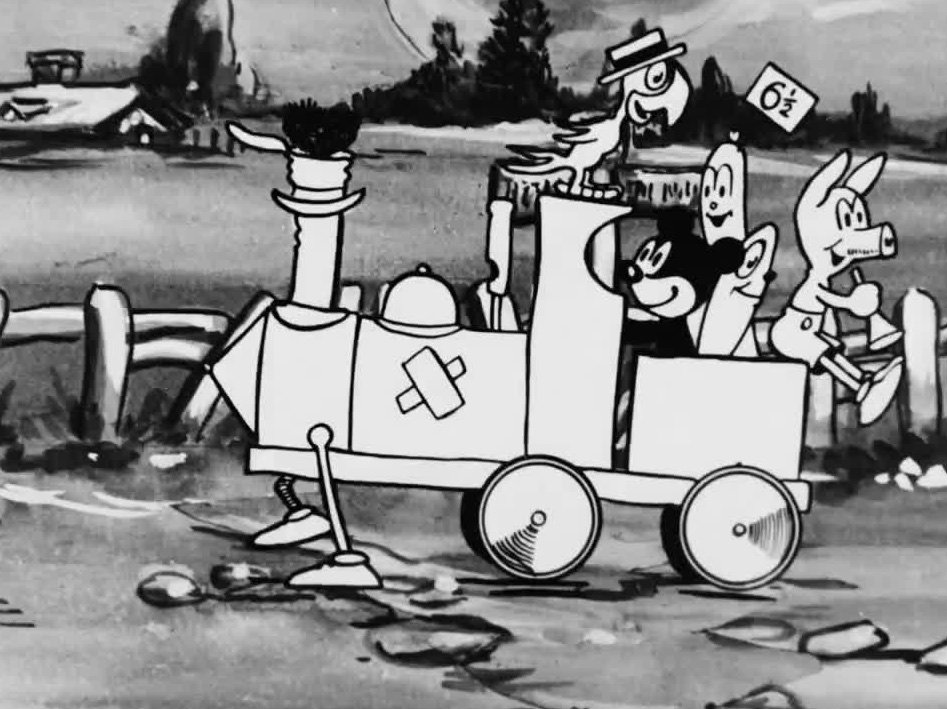 From the Creatures Great and Small collection

My write-up of this film on BFI Player (“Disney must have been quaking in his boots”) is a little harsh. Joe Noble was a truly innovative figure in British animation (see his contemporary cartoon pastiche of Fritz Lang’s Metropolis) and was first to embrace the potential that sound could bring to animation on this side of the Atlantic. With more resources, who knows what he might have achieved? But I still think the fact that two of the Elstree Erbs (Teddie and Piggie) appear to eat the third (Poll) at the end of episode one is a little short-sighted… 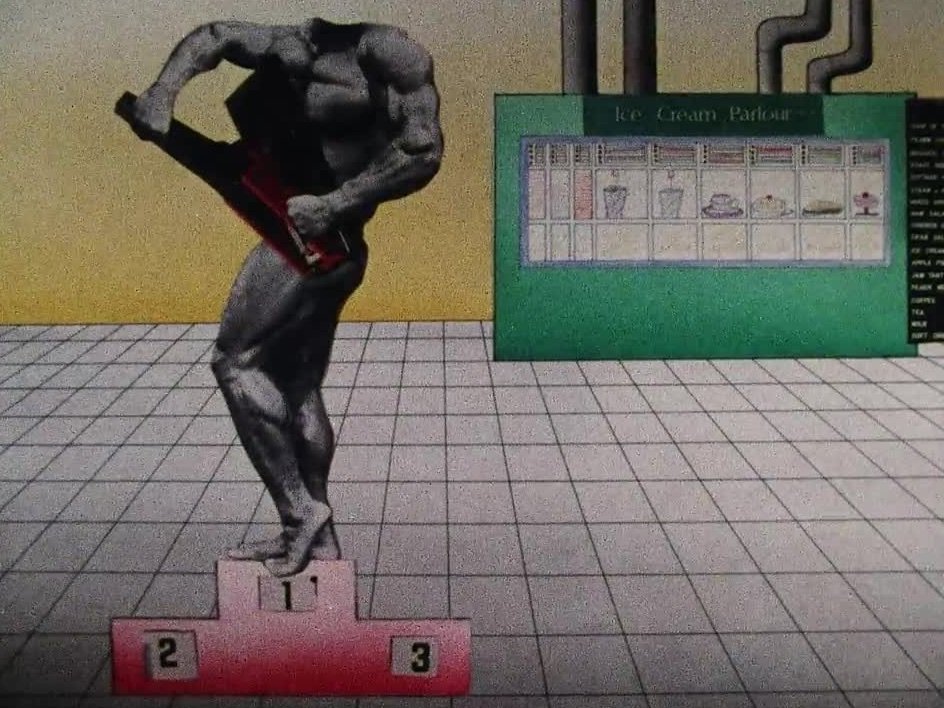 From The Animator’s Art collection

Although the technology on display in this 1980 short might seem old-fashioned, its story about computers replacing human labour seems remarkably modern. The description in its BFI Player tagline (“equal parts Beckett, Gilliam, Orwell and life advice for the recently redundant”) goes some way to describing its unusual approach. It’s a film well worth devoting time to – just don’t show it to your HR department. 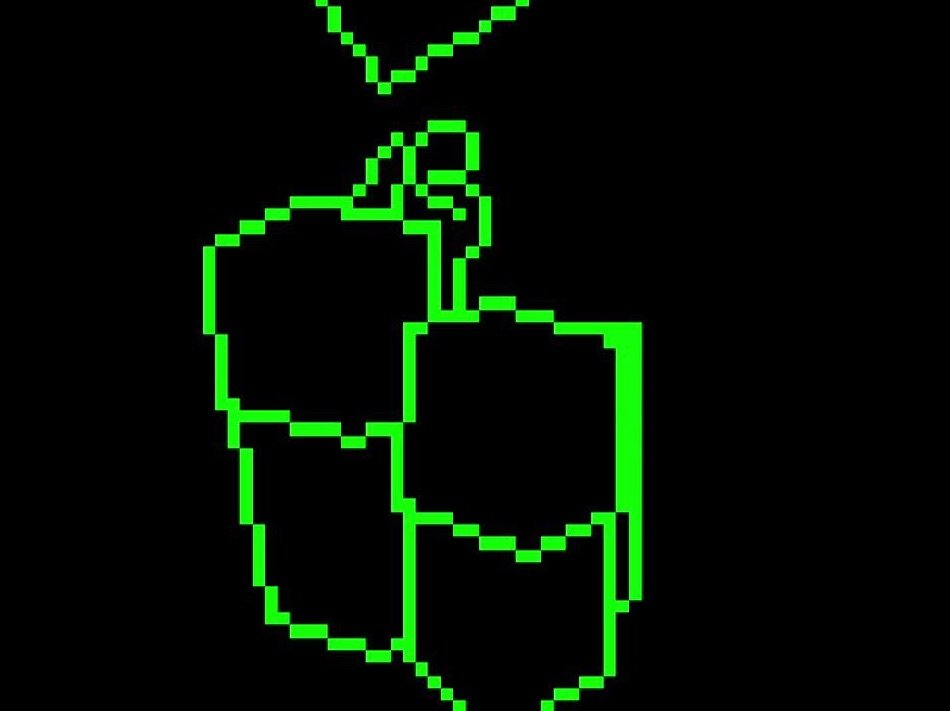 From the Animate Projects collection

A story of hacktivism, gender identity and politics told in what might be described as Ceefaxscope. Just one of the many great films made possible through the work of Animate and Animate Projects, which have commissioned and promoted animation as a vital contemporary art form.