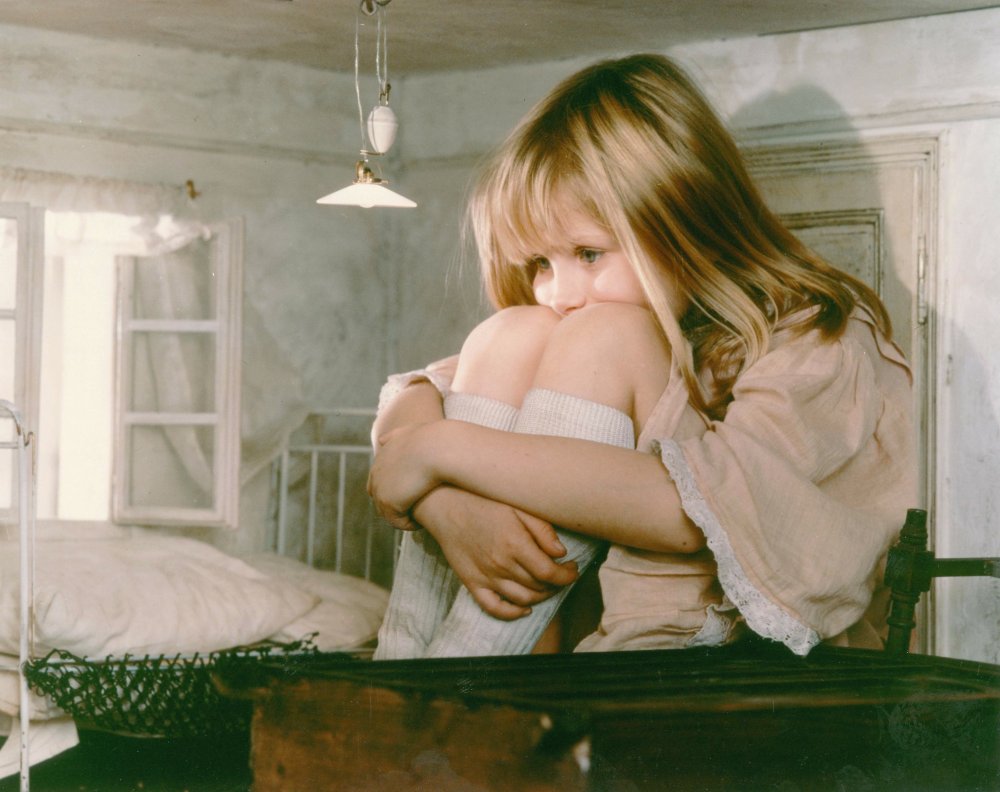 As one might expect, the story of Alice’s Adventures in Wonderland is a little convoluted. Tradition insists that Oxford maths tutor Charles Lutwidge Dodgson first related the tale to the three daughters of Dean Henry Liddell during a rowing trip between Folly Bridge and Godstow on 4 July 1862. 10-year-old Alice wanted a memento of her ‘golden afternoon’, however, and asked Dodgson to write down the surreal adventures of a young girl who falls down a rabbit hole and lands in a kingdom where animals and playing cards can talk, and food and drink can transform the body in a trice.

Following another boat trip later that summer, the Reverend Dodgson made good on his promise and presented Alice with a handwritten manuscript of Alice’s Adventures under Ground, complete with his own drawings, on 26 November 1864. Another year would pass, however, before the text by the pseudonymous Lewis Carroll was finally published, as, on 27 June 1865, illustrator John Tenniel objected to the quality of Macmillan’s printing and most of the 2000 copies were withdrawn.

An approved edition did go on sale on 11 November (even though the frontispiece date reads 1866) and the title (which has been translated into 176 languages) has never been out of print since. Queen Victoria was among its many admirers. Indeed, she wrote to tell Dodgson she was very much looking forward to his next publication and must have been surprised when she took receipt of a copy of Syllabus of Plane Algebraical Geometry. A sequel did appear in 1871, however, and filmmakers have often since mixed and matched episodes from both Alice in Wonderland and Through the Looking Glass in the many adaptations that have been produced for cinema and television since 1903.

Taking its visual cues from Sir John Tenniel’s drawings, this was the longest and most ambitious picture yet produced in Britain. In addition to trick shots to enable Alice (May Clark) to shrink, grow and disappear, co-directors Percy Stow and Cecil Hepworth also crafted transitions to allow the Duchess’s baby to turn into a pig, superimpositions to place the Cheshire Cat in a hedge and dissolves to reveal Alice waking from her dream as she is chased by the Queen of Heart’s playing-card courtiers. With Hepworth playing the Frog Footman and his wife Margaret doubling as the White Rabbit and the Queen, this landmark fantasy even features a cameo by Blair, the family dog who would find fame in Lewin Fitzhamon’s Rescued by Rover (1905). 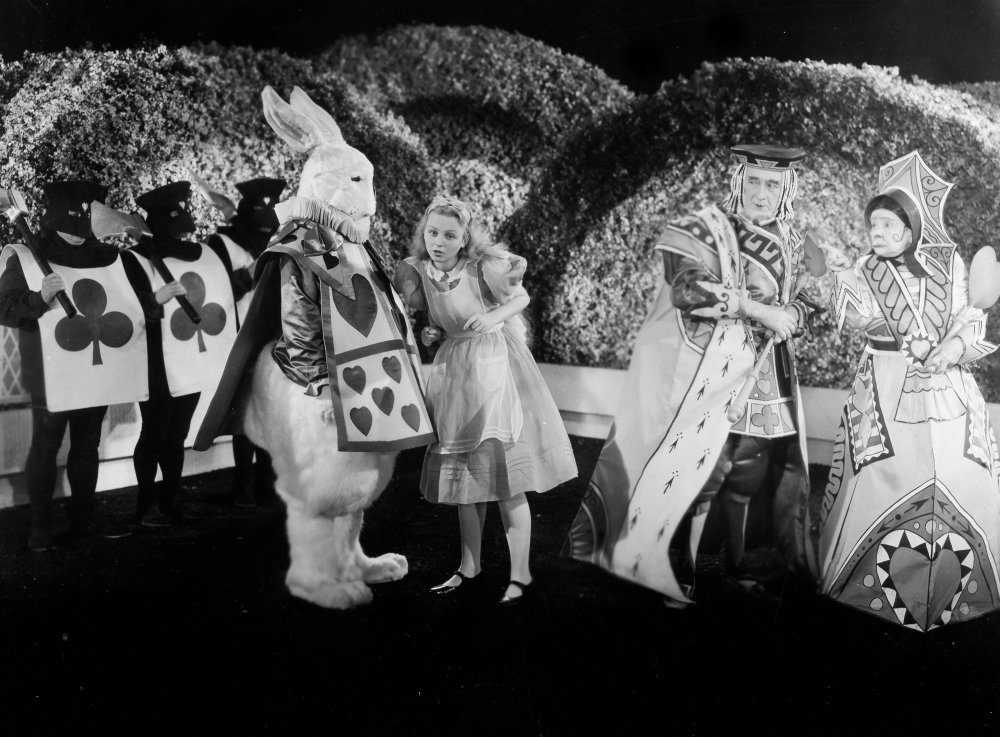 Although Ruth Gilbert became the first screen Alice to talk in Bud Pollard’s 1931 adaptation, she was quickly forgotten when Paramount assembled an all-star cast for a Norman Z. McLeod interpretation that boasted script contributions by Joseph L. Mankiewicz and William Cameron Menzies. In truth, Charlotte Henry (who was cast over Ida Lupino) looks a little overawed, as she banters with Cary Grant as the Mock Turtle, W.C. Fields as Humpty Dumpty, Gary Cooper as the White Knight and Edward Everett Horton as the Mad Hatter. It’s not always possible to recognise the famous faces, as they were subsumed by the masks and costumes designed by Wally Westmore and Newt Jones. But the effects concocted by Gordon Jennings and Farciot Edouart ensure this sometimes feels a little too trippy for a children’s film. 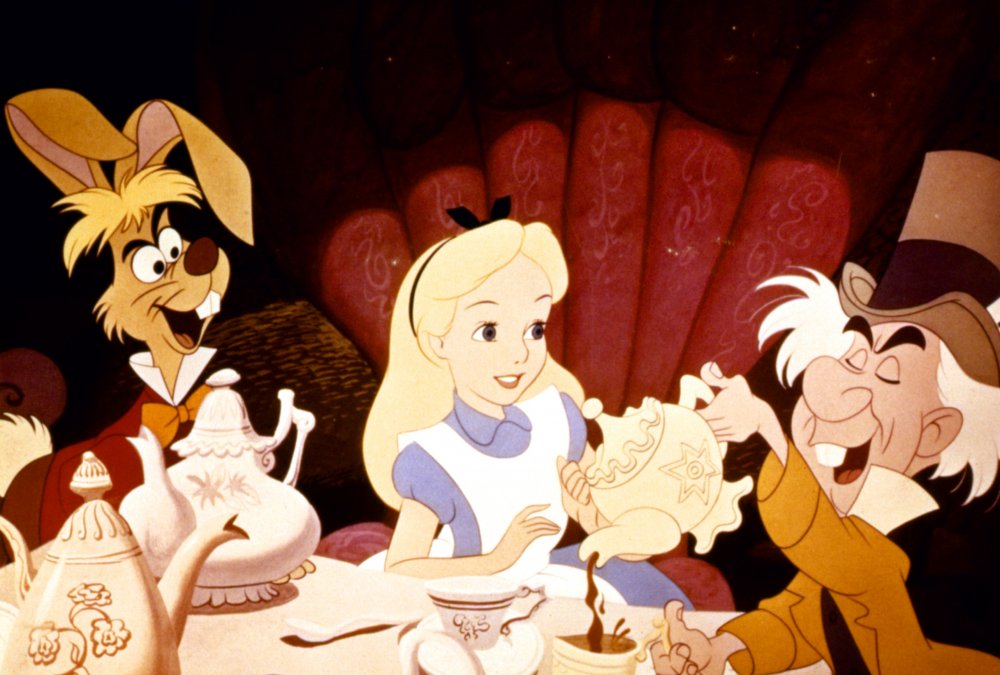 Having acquired the rights to the Tenniel drawings in the 1930s, Walt Disney hoped to star Mary Pickford in the first animated retelling of Alice’s adventures (in Wonderland rather than Cartoonland). The prospect of combining live and animated characters proved too daunting, however, and Disney turned to Snow White for his debut feature. Pipped to a live-action hybrid by Dallas Bower in 1949, Disney decided to stick with the graphic approach (even though Ginger Rogers was keen to play Alice) and was promptly savaged by contemporary critics who dubbed it his unlucky 13th feature. But, with Kathryn Beaumont voicing the title role, this spiritedly anarchic variation (which gave the world the wonderful concept of unbirthdays) finally found its audience in the psychedelic 60s and it has been a head-tripping cult favourite ever since. 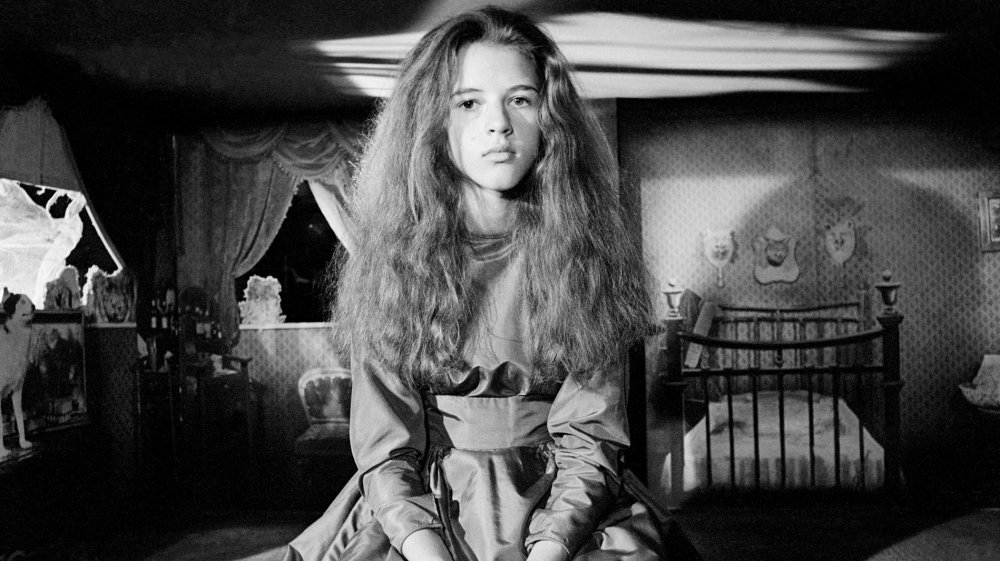 Despising the Disney take, Jonathan Miller set out to de-anthropomorphise the story by returning to Dodgson’s mathematical logic and Victorian values. Stripping away the masks and costumes, he allowed the audience to see Wilfrid Brambell’s White Rabbit, Peter Cook’s Hatter, Peter Sellers’s King of Hearts and John Gielgud’s Turtle. He also invested the action with a somnambulant melancholy that made adulthood seem forbidding. Yet Ann-Marie Mallik’s Alice is anything but a waif, as she gives as good as she gets during a progress whose trance-like oddity is reinforced by Dick Bush’s deep-focus monochrome photography and Ravi Shankar’s sitar score. Squarely aimed at grown-ups, this was commissioned by the BBC as a centenary celebration. But the blend of fidelity and revisionism ensures Miller’s intellectually affectionate adaptation fully merits the epithet ‘curiouser and curiouser’. 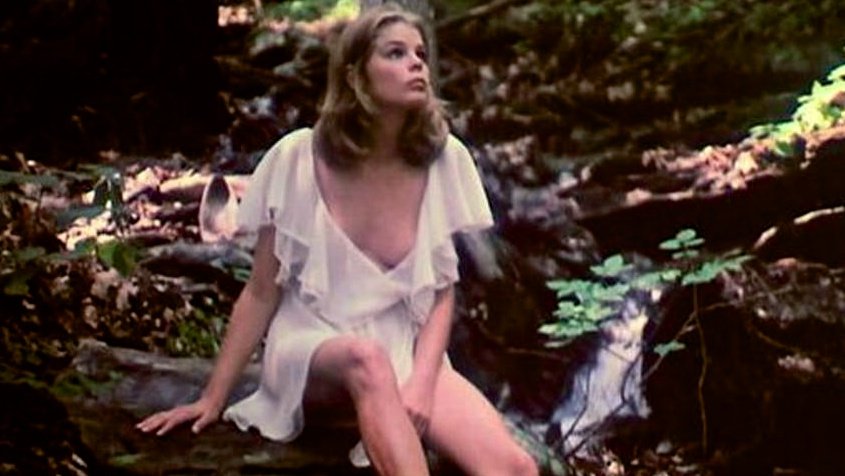 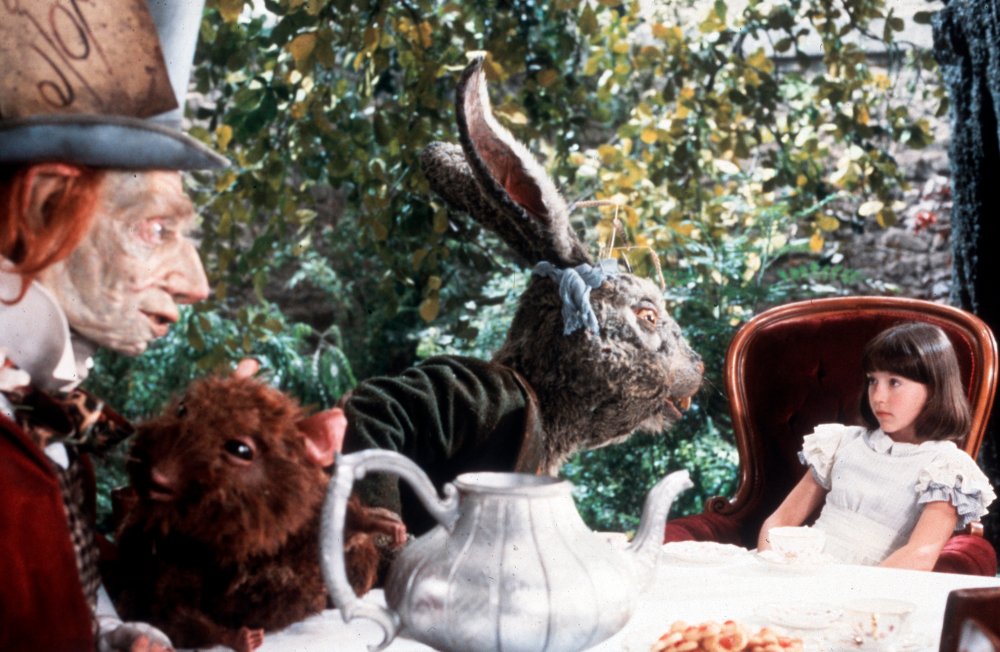 Scripted by Dennis Potter and directed by Gavin Millar, this is a provocative speculation on the psychological effect that Alice in Wonderland had on the young girl for whom it was written. In New York to mark the centenary of Lewis Carroll’s birth, Alice Hargreaves (Coral Browne) reflects on her relationship with Christ Church mathematician and amateur photographer Charles Dodgson (Ian Holm). As her travelling companion (Caris Corfman) finds love with a journalist (Peter Gallagher), Alice re-encounters the Mock Turtle, the Gryphon, the Caterpillar and the Mad Hatter’s tea guests and finally comes to understand the true nature of the anguished clergyman’s feelings for her. Stopping short of sinister accusation, this is a poignant study of devotion, cruelty, suppression and acceptance, with the fantastical characters produced by the Jim Henson Creature Shop helping reinforce the unsettling tone. 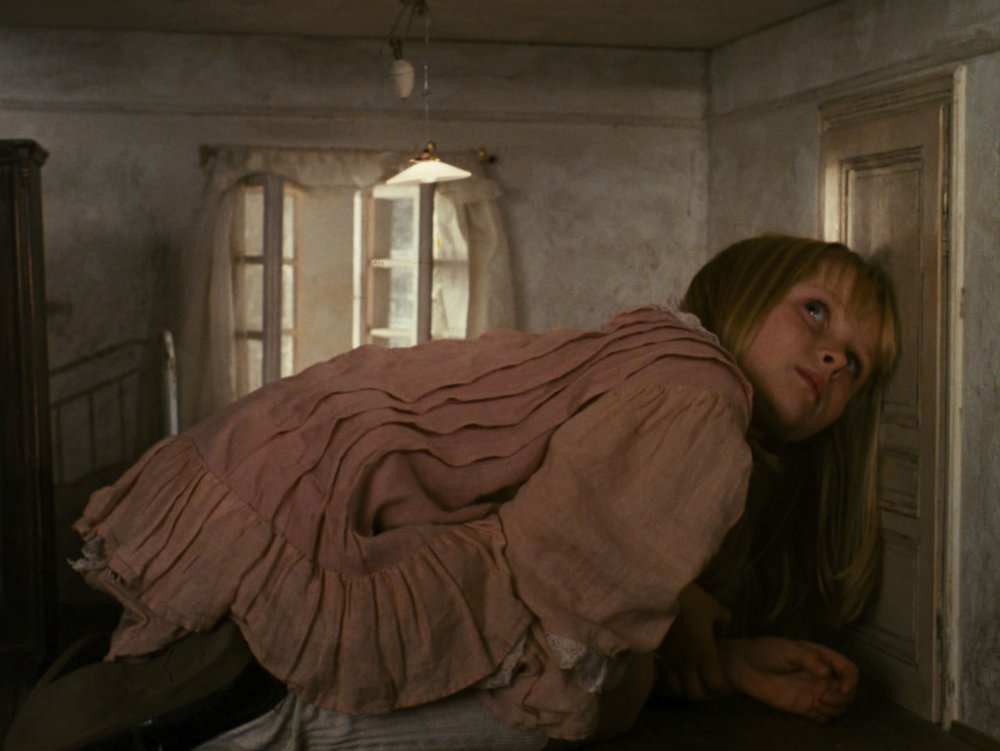 Having previously visited Carroll in Jabberwocky (1971), Czech animator Jan Svankmajer made his feature bow with this distinctive adaptation, which combines live action, puppetry and stop-motion animation. The Czech title, Neco z Alenky, translates as ‘Something of Alice’ and, in the prologue, Alice (Kristýna Kohoutová) addresses the audience with the lines: “Now you will see a film. Made for children. Perhaps.”  Her misgivings are immediately justified when a stuffed rabbit tears its stomach open to escape its glass display case and spends the rest of the picture leaking sawdust. Alice follows it through a desk drawer and her subsequent adventures are often dictated by the contents of the cabinet of curiosities she finds in a land that is more often wondrous than wonderful. Full of sly allusions to authoritarianism and brilliantly inventive in its characterisation and use of props, this is the most audacious interpretation of the story’s darker aspects. 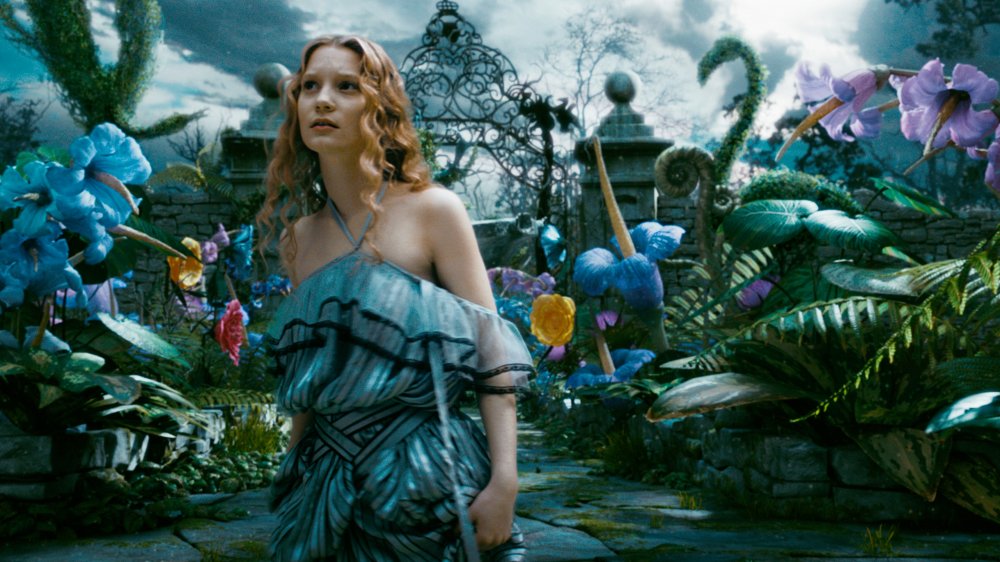 Disney returned to Wonderland in cahoots with director Tim Burton and writer Linda Woolverton for a fantasy that draws incidents from both books in order to show how the 19 year-old Alice (Mia Wasikowska) slays the Jabberwocky to restore the White Queen (Anne Hathaway) to the throne usurped by her red rival (Helena Bonham Carter). Breaking new ground by employing computer-generated imagery and 3D, the picture won Academy Awards for Robert Stromberg’s art direction and Colleen Atwood’s costumes. The critical response was mixed, however, although the gross of over $1.025bn suggests that Johnny Depp and his stellar (mostly British) supporting players caught the global imagination. A sequel produced by Burton and directed by James Bobin is due for release in 2016.