Proposals, standing ovations, heartfelt tributes – here’s a dozen of the most memorable moments from the 57th BFI London Film Festival. 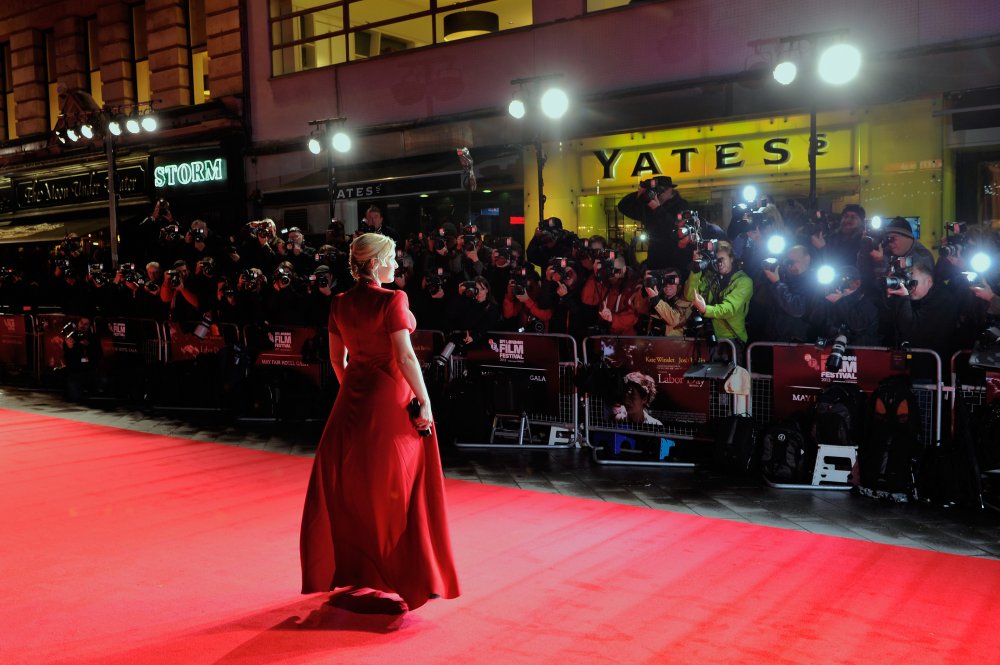 Now that we’re beginning to recover from the frenzied excitement of the 57th BFI London Film Festival, it’s time to reflect on some standout moments from the last couple of weeks. In total, the Festival screened 235 feature films and 134 shorts to an audience of 151,000 people – as such, it would be impossible to narrow things down to a definitive list of highlights. Nevertheless, here are a handful of the most widely discussed, unexpected and plain enjoyable happenings of this year’s Festival.

Opening and Closing Night around the UK 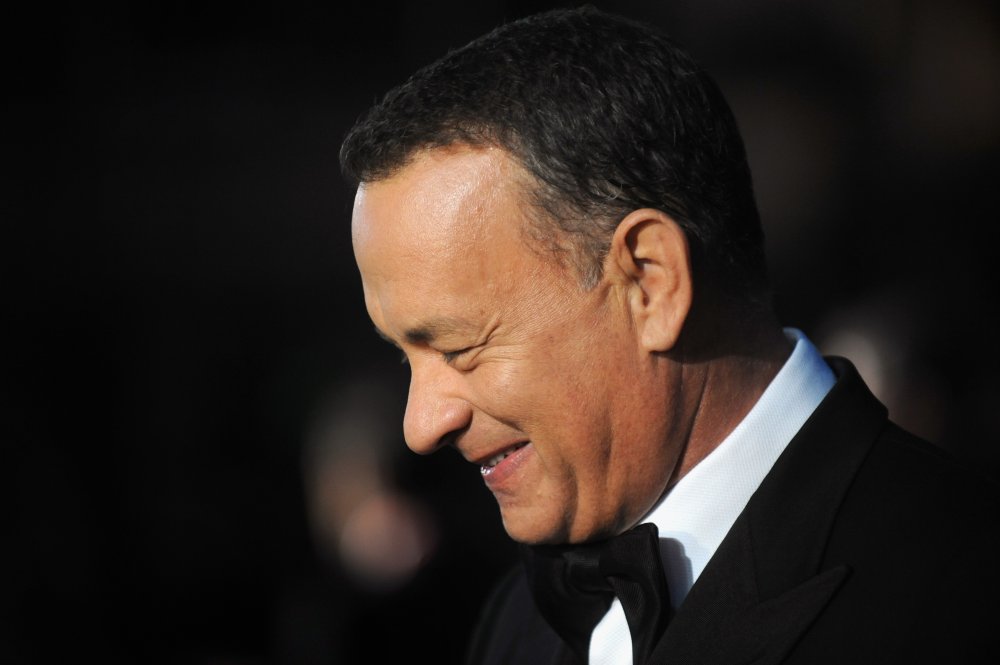 This popular initiative signified further moves towards the evolution of the LFF into a truly nationwide celebration of new cinema. Both Captain Phillips and Saving Mr. Banks received simultaneous screenings at a total of 50 cinemas around the country, with a live satellite link to the red carpet in Leicester Square. In the case of Saving Mr. Banks, audiences across the UK and Ireland were able to enjoy a world premiere taking place a full six weeks ahead of the film’s UK release.

The BFI Player lifts off

Launched to coincide with the Opening Night Gala of Captain Phillips, the BFI’s brand new video-on-demand service, the BFI Player, offered a glimpse of the Festival’s future. As well as serving up a daily helping of free behind-the-scenes footage, audiences around the UK were offered the chance to watch new BFI Archive restoration The Epic of Everest at the same time as the film’s Festival premiere.

From Friday 25 October, BFI Player users will also be able to rent Clio Barnard’s Best Film Award nominee The Selfish Giant. The stage is set for the Player to become an integral part of the Festival experience over the coming years.

Man proposes to his girlfriend on the Gravity red carpet 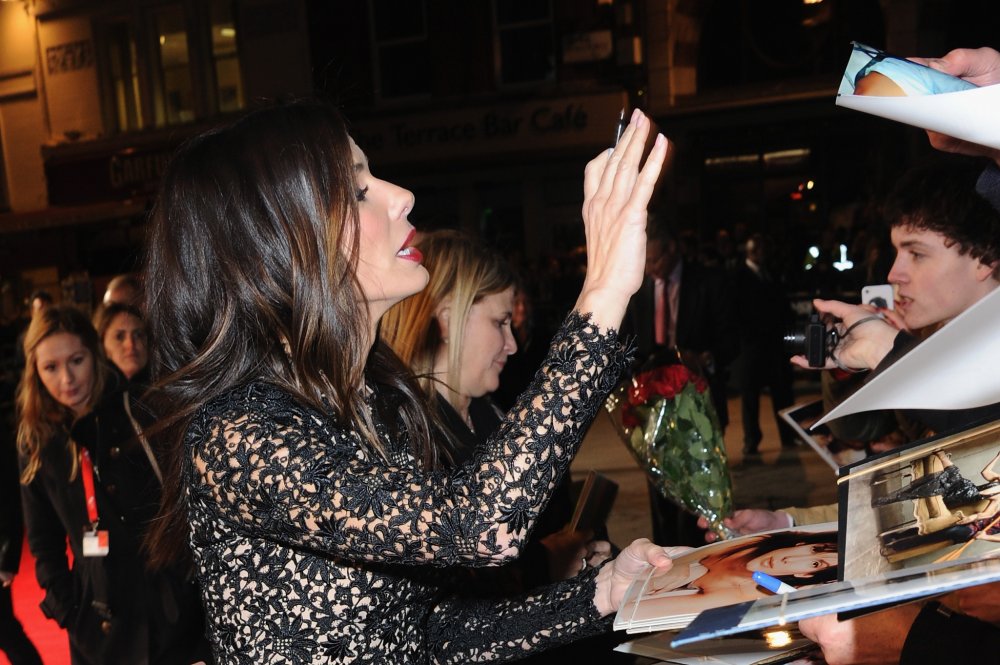 Something that differentiates the LFF from most other major international film festivals is that tickets for every Gala premiere are available to members of the public. This year, one punter really made the most of his turn on the red carpet by proposing to his girlfriend before ushering her in to the UK premiere of Gravity.

As far as we know, she said yes! 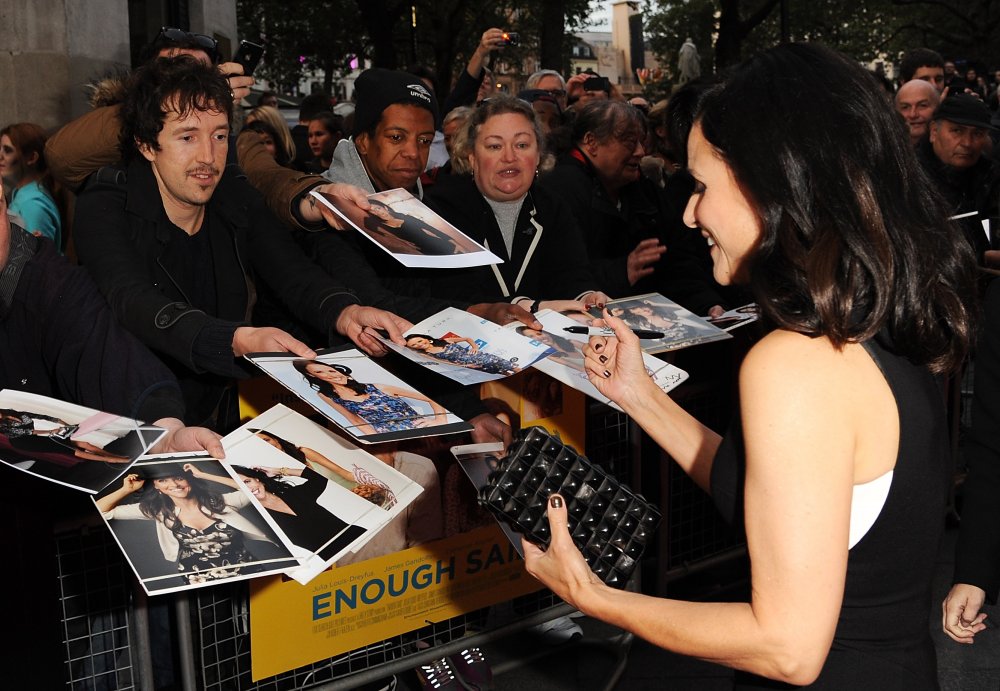 The European premiere of Nicole Holofcener’s Enough Said was a truly bittersweet affair. Festival audiences were delighted by this refreshingly intelligent and mature romantic comedy, but a largely celebratory occasion was underpinned by the sad fact that the film features the last lead performance by James Gandolfini, who died earlier this year, aged 51.

Julia Louis-Dreyfus paid moving tribute to her co-star on the night:

I’m really sad that he’s not here with us at this very moment, but having said that I’m thrilled that people are going to be able to see this performance, because it’s actually very close to who he was as a person. His capabilities as an actor were just limitless.

A guest appearances from one of China’s biggest stars 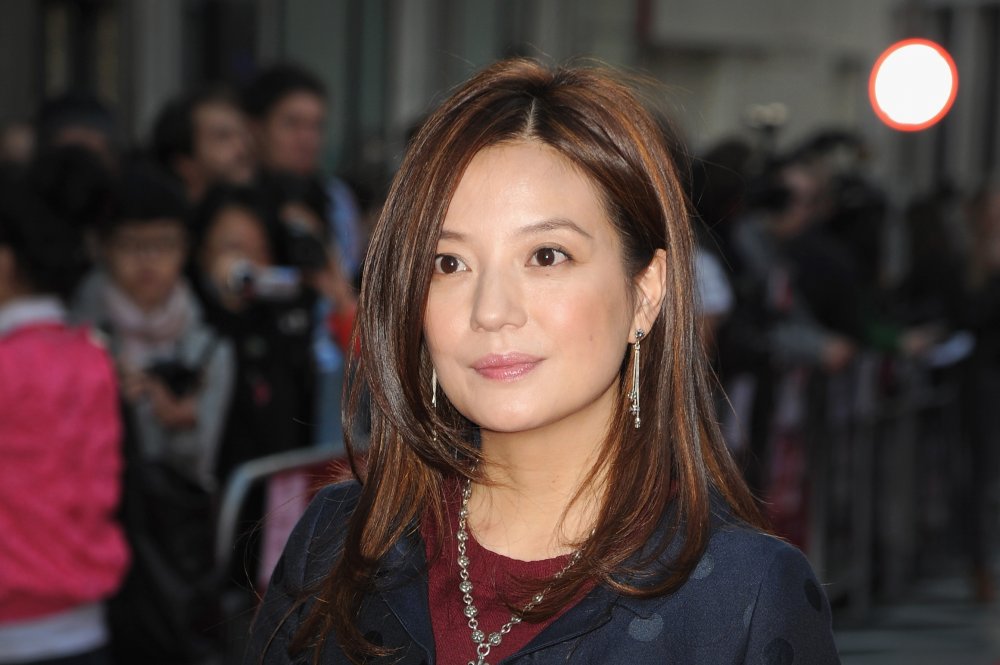 Director Vicki Zhao attends a screening of So Young during the 57th BFI London Film Festival at Odeon West End.

670 filmmakers were welcomed to the Festival, but a particularly special late addition to the guest list was bona fide Chinese superstar Vicki Zhao, who arrived in town to present her directorial debut, So Young.

Zhao is perhaps best known in the west for her roles in Shaolin Soccer (2001) and Painted Skin (2008), but in her home country she enjoys a hugely prolific career as an actress, pop star, model and now director. So Young has proven a box-office smash in China, making Zhao the country’s first ever female filmmaker to gross over 100 million yuan with a debut feature.

Judi Dench serenaded by firefighters at the Philomena Gala 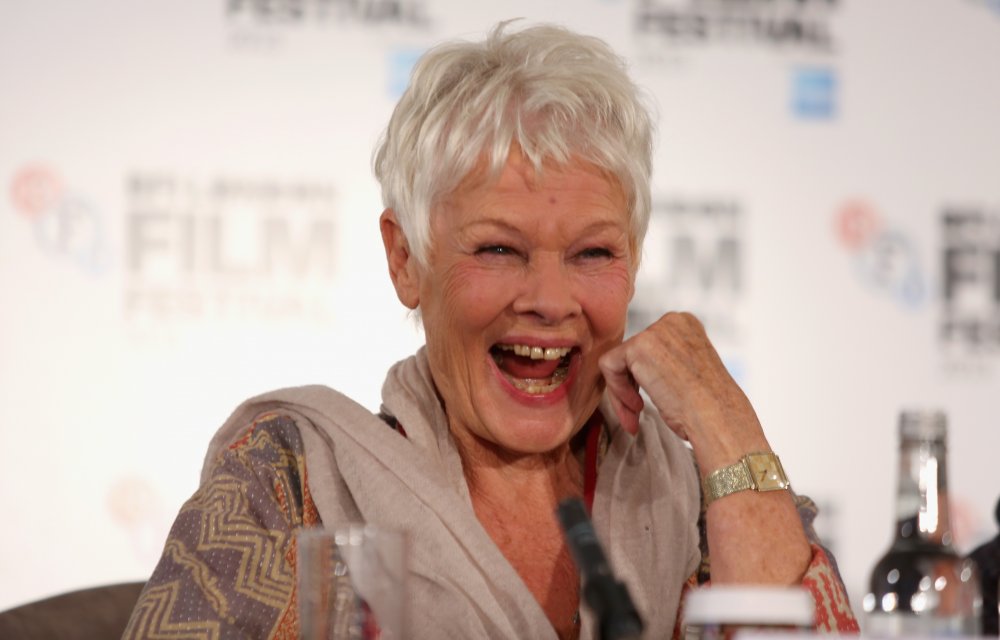 One of the Festival’s biggest headline-grabbers was the heartwarming report of a group of striking firefighters, who took a break from protesting against proposed pension cuts to serenade Judi Dench as she arrived in Leicester Square for the premiere of Philomena.

A terrace-style chant of “We love you Judi, we do” gave way to a stirring rendition of ‘Hey Jude’, as Dame Judi struggled to keep a straight face while conducting press interviews.

The Surprise Film is firmly established as of the Festival’s key talking points. Over recent years savvy audience members have flocked to the BFI’s social media channels to share their predictions, and we normally see at least a handful of correct guesses ahead of the event.

But this year Festival Director Clare Stewart seemed to catch everyone off guard with the UK premiere of Wong Kar-Wai’s martial arts extravaganza The Grandmaster. The fact that the film is the first ever foreign-language pick for the slot may have thrown people off the scent, but its sheer visual splendour ensured that the surprise was welcome for most of the attending audience. Producer Harvey Weinstein was on hand to introduce the screening, and Wong Kar-Wai filmed a video message especially for the occasion.

Standing ovation for 12 Years a Slave

Having received rave reviews since its world premiere at the Telluride Film Festival in August, anticipation for Steve McQueen’s latest film was already sky high. But this deeply moving slavery epic seemed to connect with audiences like no other title in the Festival programme.

The collective critical response on Twitter to an early morning press screening was one of stunned awe, while later the same evening McQueen and his cast received a heartfelt standing ovation at the film’s UK premiere. The ecstatic response from press and public alike suggests that 12 Years a Slave will be both an Oscar frontrunner and, ultimately, a film for the ages.

The Archive Gala is one of the Festival’s undisputed highlights – an annual showcase for the work of the BFI National Archive. This year, Festival audiences had the chance to marvel at the team’s painstaking restoration of The Epic of Everest, the official filmed record of a 1924 British expedition which resulted in the tragic deaths of mountaineers Andrew Irvine and George Mallory.

BFI Head Curator Robin Baker explained that in 1984 the film’s director Captain John Noel, then in his 90s, wrote to the BFI suggesting a restoration of the film. But only with the recent advent of digital technology was it possible to make a significant transformation to the surviving prints. 10,000 feet of fragile nitrate film were scanned and digitally restored for the project – a process that took a team of 20 people over a year to complete.

Producer Alison Owen cheers on the future of the movies 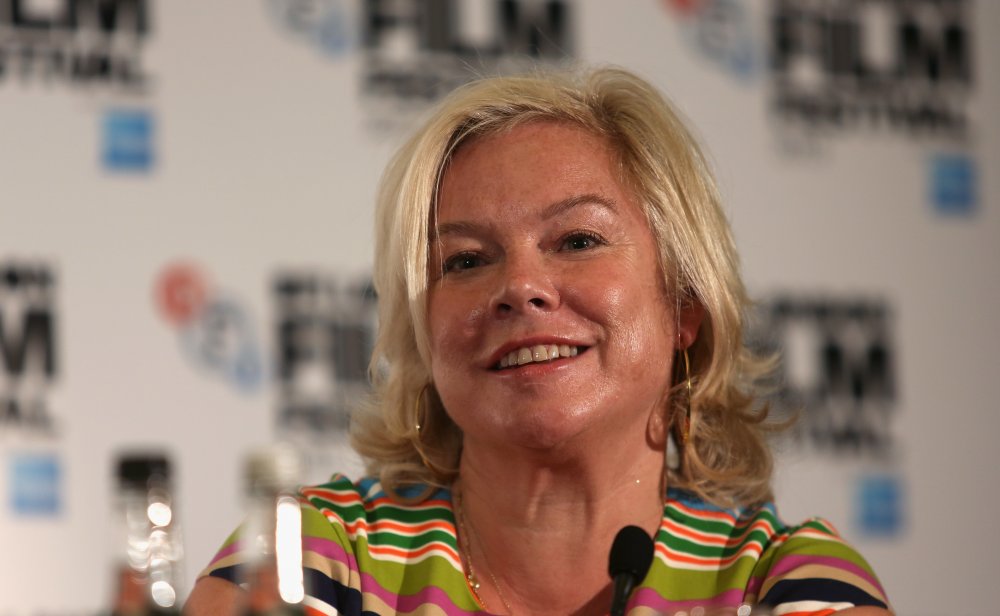 British producer Alison Owen became the first woman to deliver the Festival’s industry keynote address, giving a fascinating and wide-ranging talk on ‘The Power of the Story’. She urged the assembled crowd of film professionals not to be scared of the internet:

The internet is a container, not a substance. To say the internet is the death of books and movies is like saying someone invented a new, more efficient cup and it heralds the death of coffee. A new improved form of carrying something… should be helpful to our business.

She also mused on the perceived threat to the industry posed by video games and TV, arguing that the communal experience of film watching is what separates cinema from other forms of entertainment:

Even now, we prefer to watch movies with a friend, with our family, with our partner… It’s a different experience to watching a YouTube clip, or playing a video game, or watching Come Dine with Me… There’s something about movies that makes us want to watch them with others. 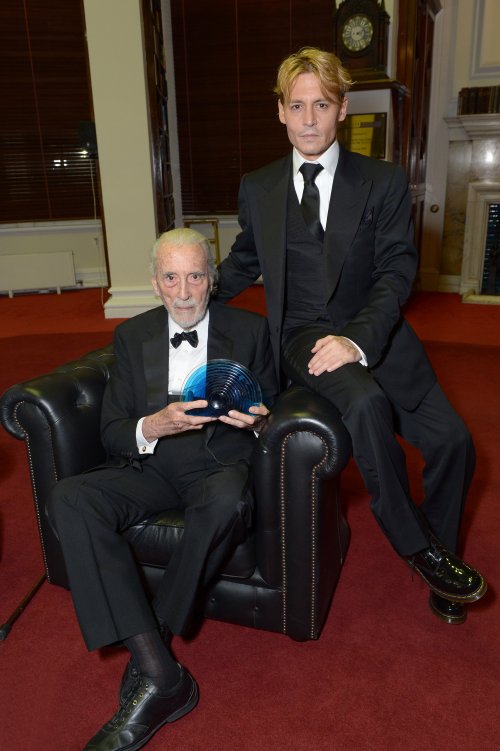 The presentation of Sir Christopher Lee’s BFI Fellowship at Saturday’s Festival Awards ceremony was rendered all the more moving by the surprise appearance of Johnny Depp, who showed up to pay tribute to his friend and collaborator:

He’s been a wonderful individual and over the years I’ve had the pleasure of working with him and it has been a childhood dream come true. But as great as it is to work with him, that pleasure doesn’t compare with getting to know him and being able to count him as a true friend.

A visibly moved Lee returned the compliment during his acceptance speech:

He means an enormous amount to me. He is one of very few young actors on screen today who’s truly a star.

Depp, 50, was no doubt surprised and pleased to hear himself referred to as a “young actor”. 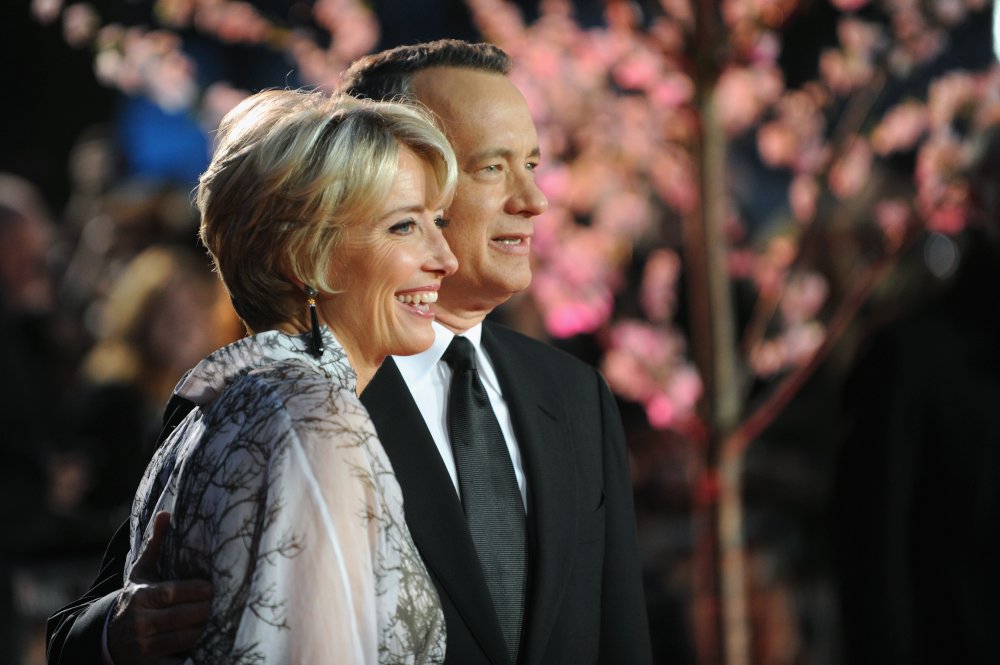 Let’s face it, while Leicester Square makes a glamorous spot for a red carpet premiere, the location can’t compare to the gaudy opulence of Hollywood Boulevard’s Chinese Theatre, as featured in Saving Mr. Banks. One of the film’s many pleasures is a lavish re-enactment of the world premiere of Mary Poppins (1964), which is perhaps why the event organisers felt compelled to pull out all the stops for our Closing Night Gala. Gathered crowds were treated to the spectacle of stars Emma Thompson and Tom Hanks walking down a cherry tree-lined red carpet, the pink blossom lit by the neon lights of the neighbouring restaurants.