11 to see at the 11th London Short Film Festival

Ben Whishaw and a BAFTA nominee feature among our pick of recommendations at this year’s eclectic London Short Film Festival. 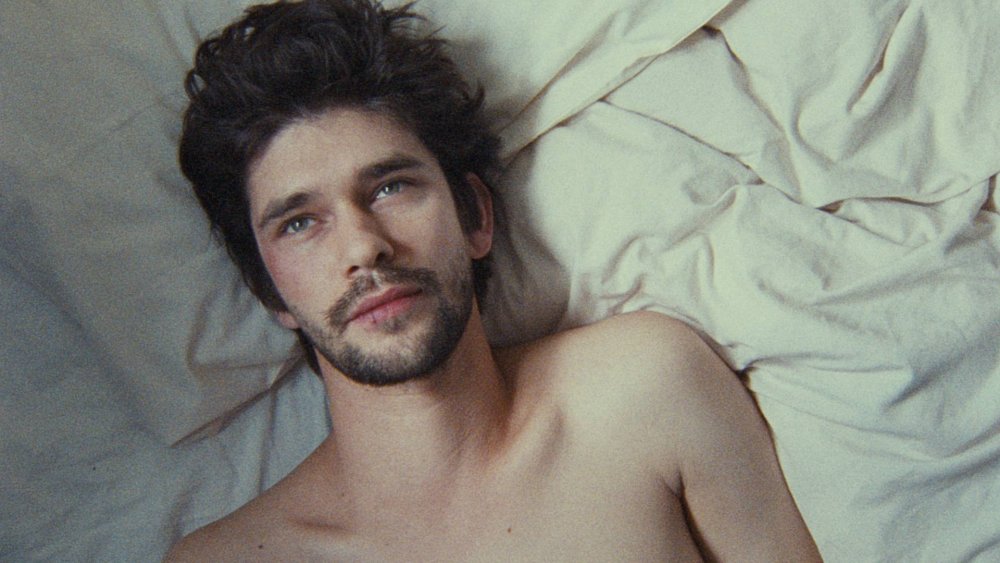 Come in out of the rain, dry yourself down, hang up your hang ups and take your seats, please, for the 11th London Short Film Festival (LSFF), London’s terrific annual celebration of the eclectic and prolific British shorts filmmaking scene. Between 10-19 January, the LSFF will present a staggering 32 programmes of short documentaries, dramas, animations and experimental films in venues across the metropolis.

There are special events too, including Teeth of the Sea’s aural and visual remix of Ben Wheatley’s A Field in England (2012); interviews with two of the UK’s finest emerging shorts filmmakers, Eva Weber and Jane Linfoot; and retrospectives of BIFA-winning animator Chris Shepherd and BAFTA nominated Toni Grisoni, writer of last year’s TV hit, Southcliffe. The festival also hosts a series of debates with topics ranging from found footage (Film Will Eat Itself) to the role of the critic (Film Critic to Film Maker).

This brief low-budget animation screens on the opening night of the festival. In many ways it sums up the appeal of the LSFF: it’s creative, full of ideas and carries a unique voice. It’s also a breathtaking accomplishment. Filmed in just five days, with only a camera, a mirror and a load of face paint, artist Emma Allen depicts the life, death and rebirth of a woman in just one minute and 15 seconds. It’s surely the best selfie of last year.

Teenager Jess elopes to the seaside to meet an older guy, but she soon realises that her forbidden tryst won’t be as romantic as she first imagined. Sea View is the latest from Jane Linfoot, a filmmaker who brilliantly captures the awkward and sometimes horrible lessons learnt in adolescence. She’s aided here with a wonderful performance from rising star Eloise Smyth, who makes Jess a vivid sensitive teen. Sea View is one of this year’s BAFTA nominations for best short film.

Ben Whishaw is excellent as a disturbed loner driven by a euphoric soundtrack that surrounds him wherever he goes. His daytime raver dances a fine line between hedonism and threatening behaviour as the overriding rhythms in his head force a compulsive reaction on the streets of London. A critics’ favourite at last year’s Encounters and London Film Festival, Beat makes the link between joy, exhilaration and darker parts of the soul.

In a gloriously green summer setting, an eight-year-old girl and her six-year-old brother pronounce themselves rulers of an imaginary empire. As they meander, play and laze around their summer idyll, little seems to threaten them. But eight-year-old empresses have a tendency to be bossy and soon the little boy needs to vent his disapproval. A graduation short from the RCA, animator Christian Schlaffer uses vivid watercolours to illustrate his childlike vision of the world. The film won the best student animation at the Bradford Animation Festival in 2013. 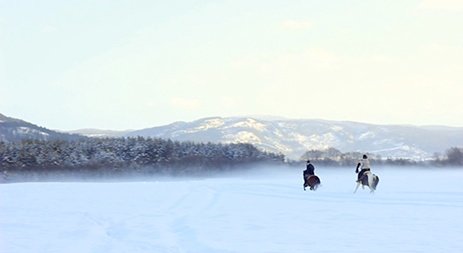 A graduation film from Kingston University, Hest is newcomer Courtenay Argyle’s simple documentary about a herd of Norwegian horses. The horses go about their daily business, playing in the snow, sharing a frozen icicle, or being pampered in the stable and Argyle’s camera observes without comment. Her unassuming technique allows us to see the subtle personalities of each animal as they interact with each other and in their cold but bright winter environment. Delightful.

Filmmaker Sam Firth filmed herself in the exact same spot at precisely the same time each day for a year. The resulting film, Stay the Same, captures Firth’s changing environment over the year but also reflects her own shifting moods – the tears, enjoyment, determination and boredom of filming for 10 minutes every day in all weathers. It reveals a striking contrast between the filmmaker’s momentary emotions and the ever present rocks, tides and landscape that surround her. The film was subject to a mini-storm of controversy back in 2012, but as her film soberly reminds us, the natural world is largely indifference to our human concerns.

Nominated for best short documentary at the Sheffield Doc Fest, Ed Cartledge’s Closure is a surprisingly poignant tale of pub closure and community dereliction. It follows Úna, the daughter of the former landlady of ‘The Becconsall’, and traces her attempts to prevent the local pub (and her former home) from demolition. Cartledge switches the chronology of the film, so that the sad images of demolition are at the beginning. From there the incidents move further back in time, first to the anti-demolition campaign then back again to the pub’s glory days. In using this Memento-like structure, the film transcends its local interest roots and becomes a universal reflection of memory and community. 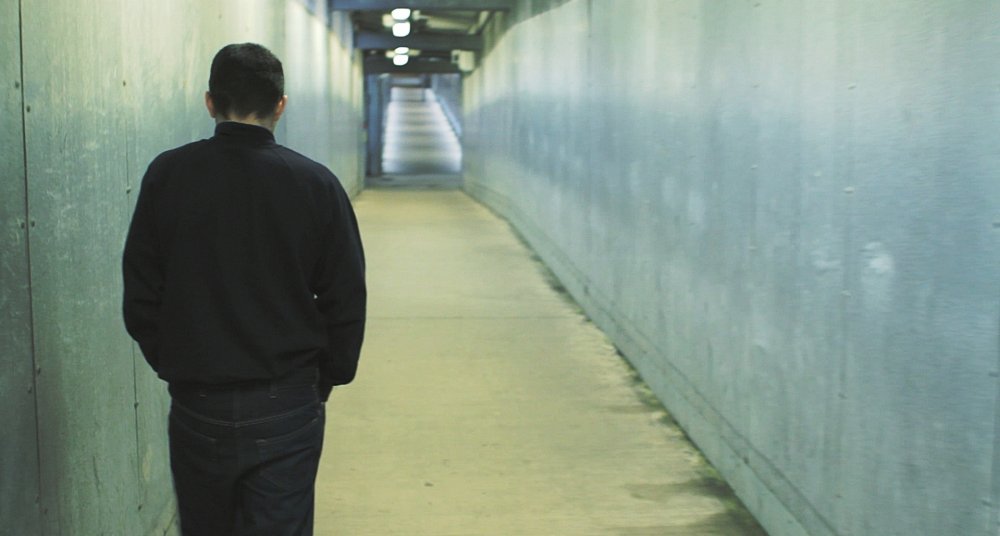 Filmed in the UK’s largest youth prison, Colours tells the story of an incarcerated teenager who is bullied because he is gay. Performed by a cast of inmates, Graham Fitzpatrick’s film reveals the taught relationships that pervade the prison walls, evoking a palpable sense of fear and dread for the outcome of its teenage protagonist. Direct and brave, Colours stands out for its grit and honesty.

Sophie’s mum has invited Megan over to play, but their game of Mummies and Daddies carries an unexpected insight into Megan’s sad world. Filmed completely from the point of view of the young kids, writer/director Deborah Haywood’s film tells a beautifully made tale about the ways in which children navigate the complex emotions of the grownup world. She reunites with the young cast of her previous short Sis, which won best short at Soho Rushes Short Film Festival.

A brooding experimental doc from LSFF favourite Nick Jordan, Nature House Inc., continues the director’s exploration of American culture and the natural world. Here Jordan turns his camera on the ‘Purple Martin’ bird houses that are proliferate in parts of small-town America. The rare migratory birds are apparently so attuned to the man-made houses that they now completely depend on them during their breeding season. Jordan contrasts the elegance of the babel-like ornithological towers with the neglected residences of the town’s run-down housing, a neat symbol of the conflict between the aspirations and hum drum reality of America.

To round up the 11 sure-shot shorts, we have Ninian Doff’s Cool Unicorn Bruv, a brief look at the infestation of the celebrated mystical creatures in East London. Doff’s Smoga featured in Sight & Sound’s LSFF 9 preview and since then the director has been behind some fine low-budget music videos, including the ace promo for JJ Doom’s ‘Guv’nor’. Here, Doff contributes to Depict’s 90-second movie challenge with a sly slice of hipster humour – check out the kid trying to outdo the legendary beast with his bike’s ten gears and prosaic bell. Ping!