From the droogs to the Black Rebels Motorcycle Club, we round-up 10 of cinema’s most memorable gangs of rabble-rousing rebels. 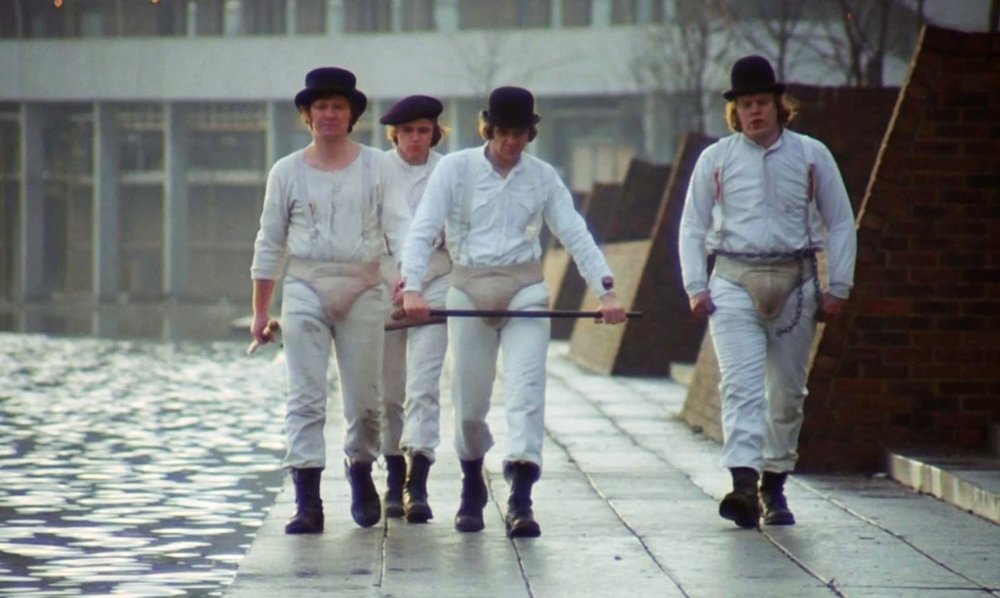 A Clockwork Orange is back in cinemas from 5 April 2019

Buy tickets for A Clockwork Orange at BFI Southbank

What they’re about: Alex and his band of droogs are part of an ultra-violent subculture in a near-future England. When they’re not hanging out at the Korova Milk Bar, they’re whizzing down country lanes in stolen cars, invading homes and indulging in all manner of debauchery. Their daily brutal acts, unfolding one after the other, are punctuated by what can only be described as the most rebellious, angst-ridden teen music you’ve ever heard… Beethoven. Or rather, “Lovely Ludwig van”. 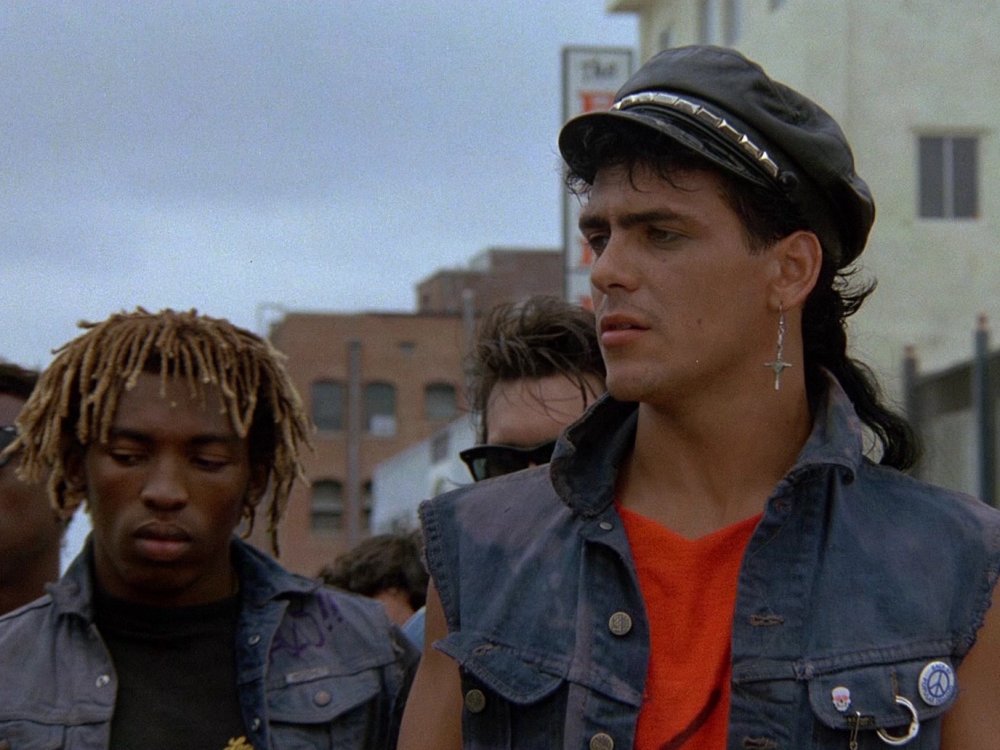 Their hood: The grimy backstreets of Venice Beach, LA, in the mid-80s.

What they’re about: The Daggers live and breathe skateboarding and punk rock. Led by Hook, a brooding skater with a steely stare, they’re about sticking it to The Man, skating wherever they want to skate, breaking into houses with empty swimming pools that they can skate, and partying like it’s their last night on Earth. These skaters from the wrong side of the tracks crash skate contests and resort to dirty tactics to ensure the straight-laced skaters bail their tricks. The Daggers are tough as nails, and if they get the faintest whiff of a brawl, they’ll dive straight into the eye of the storm. Just for kicks.

The Black Rebels Motorcycle Club in The Wild One (1953) 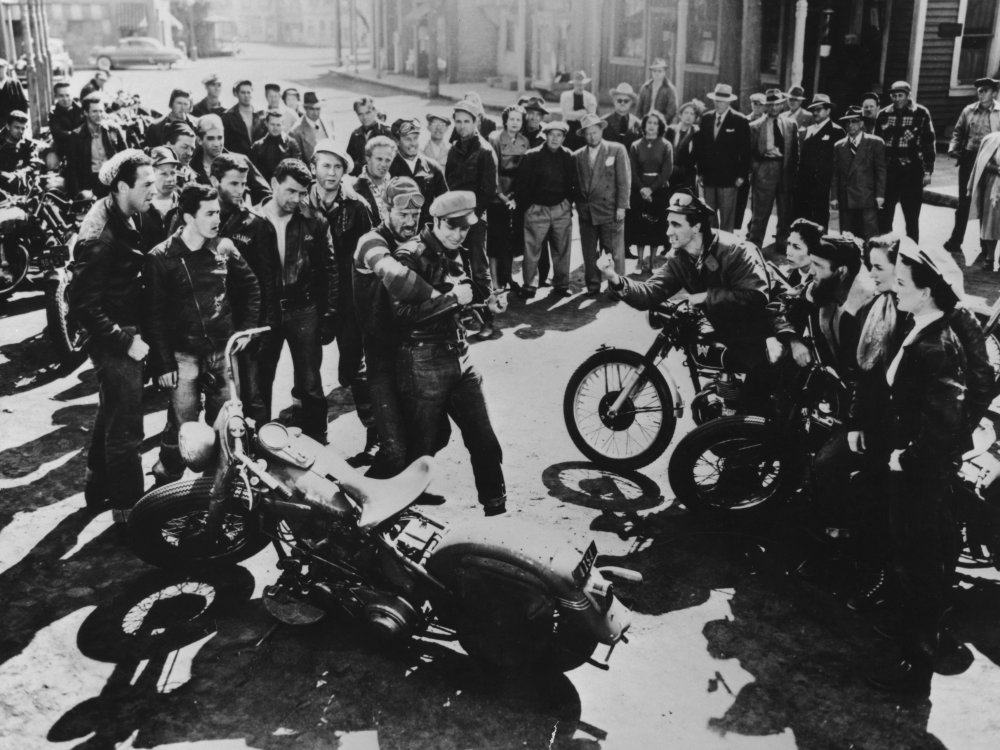 Their hood: Small town America and the open road.

What they’re about: The Black Rebels Motorcycle Club, led by Brando’s Johnny Strabler, is the original menace to society. High on gas fumes and testosterone, these bikers lead a simple life of street stunts, boozing and scraps with rival gangs. They descend on small towns and instil terror into the hearts and minds of local residents, simply by lurking on corners, bonding over oily engines and violence. They’re outlaws, they’re wild ones, and they’ll rebel against everyone and everything. “What are you rebelling against, Johnny?”… “Whaddaya got?” 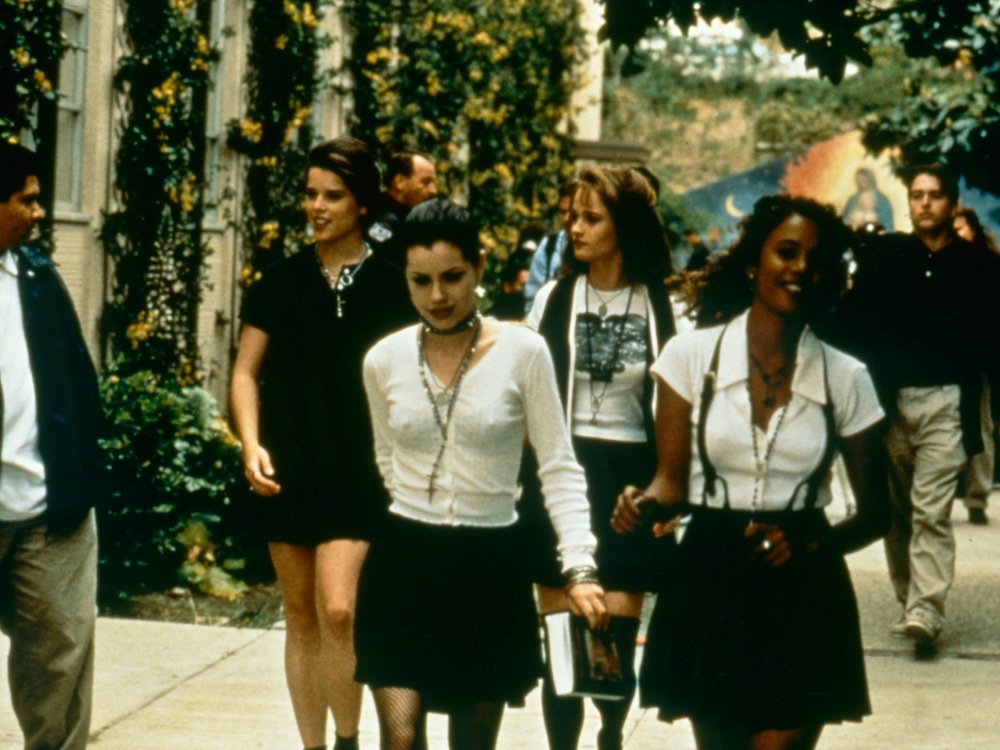 Their hood: A not so hood area of LA where the teens attend a Catholic prep school.

What they’re about: This girl gang with supernatural powers are all about black magic and invoking the spirit. They cast love spells, revenge spells, anything to help them deal with the daily drama of high school. They light copious amounts of candles and they levitate. Oh, and they can also walk on water. Their purpose? To increase their power by uniting and see how far they can go – which is obviously too far. The high school outsiders take revenge on anyone that dares cross them. Cue creepy-crawlies gushing from taps and close-ups of murderous eyes. 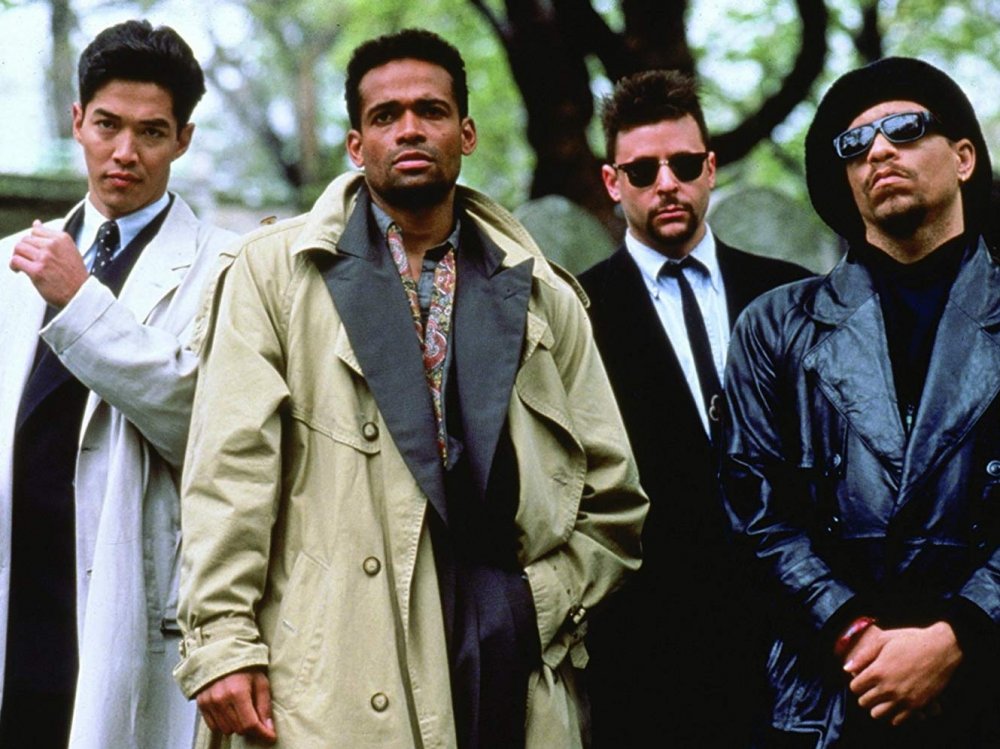 Their hood: Harlem during the crack epidemic of the mid-80s.

What they’re about: As their name suggests, these guys are all about cash. But the Cash Money Brothers are not Wall Street guys. They plan to become the main drug ring in NYC by slinging a new kind of crack cocaine on the streets. They’re power-hungry businessmen who guzzle champagne like water and who pride loyalty above all else. Well, looking fly also counts for a lot. 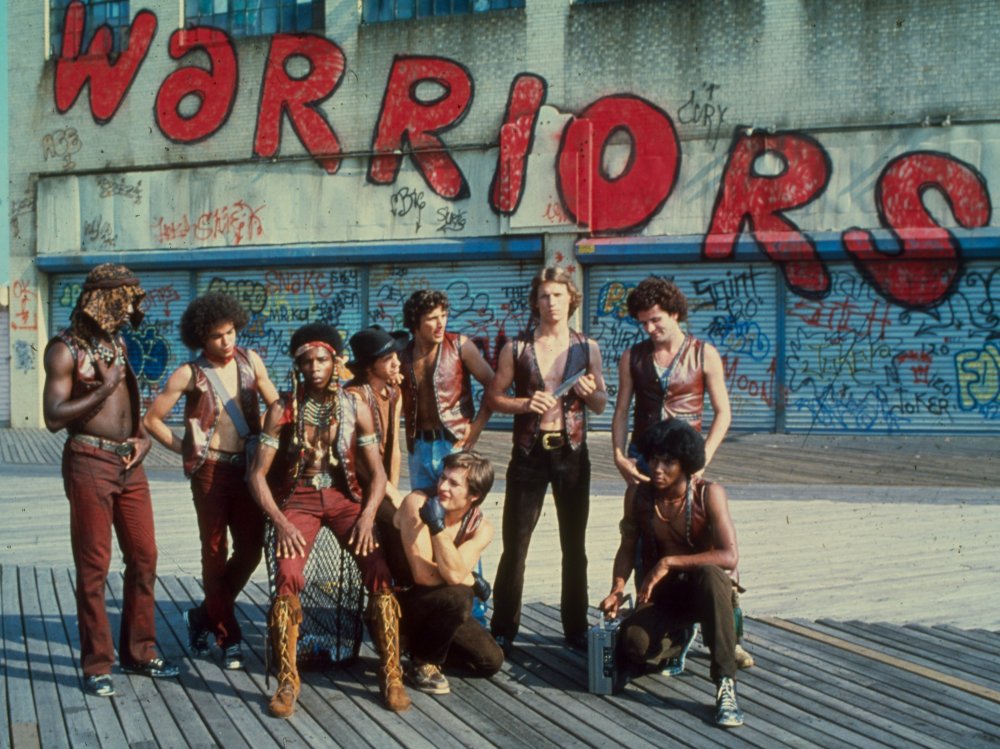 What they’re about: For the most part, The Warriors are about one thing: getting back safely to their home turf from the Bronx, where they’re framed for the murder of a gang lord. But it’s a long way back to Coney Island. The gang, with their waistcoats a mark of death, bulldoze their way through baseball bat wielding thugs and rough-looking rollerbladers. Their night is the worst night you could possibly imagine, a complete nightmare. Even if you love the waistcoats, you don’t want to be a Warrior on this particular night. 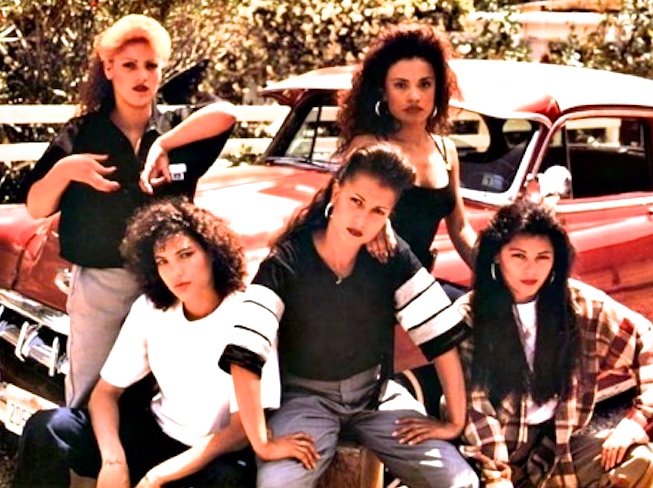 Their hood: LA’s pre-gentrified Echo Park, in the early 90s.

What they’re about: The film’s poster describes this Latina girl gang as sisters, survivors, warriors and mothers. When they’re not throwing gang signs, they’re trying desperately to escape poverty and to raise their babies safely. Shooting in real gang hoods, on the streets of east LA, director Allison Anders amped up the film’s authenticity further by casting actual gang members from the area alongside actors.

The Greasers from The Outsiders (1983) 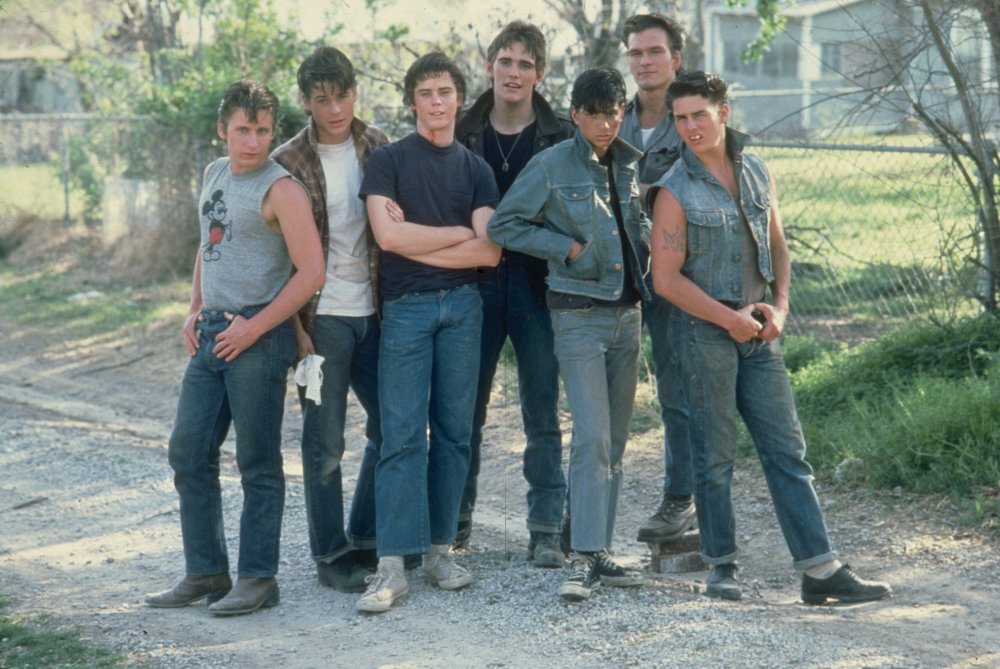 Their hood: The wrong side of the tracks in Tulsa, Oklahoma: a world of drive-ins, hair combs, switchblades and old cargo trains.

What they’re about: Led by Ponyboy and Sodapop, the Greasers are a tight and fiercely loyal gang who have an intense rivalry with the Socs, a gang of rich kids from the other side of town. It’s a battle of jock jackets vs tight vests. And if one of the Greasers gets beaten up by the Socs, the crew will return fire tenfold. After dark the streets of Tulsa become a battleground for the Greasers and Socs. It’s life or death out here.

The teen tearaways in Los olvidados (1950) 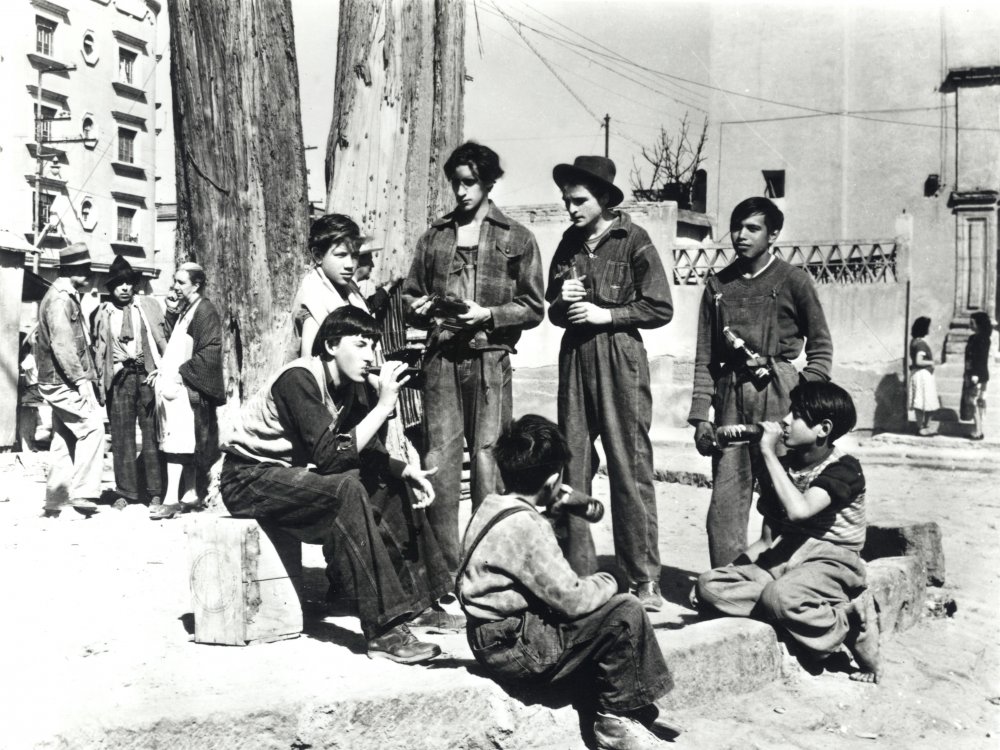 Their hood: The slums of Mexico City.

What they’re about: Led by the brash El Jaibo, who recently fled juvenile jail, the troubled teens rob from the blind and disabled. They lie to each other, double cross each other, hurl rocks at each other and have little sense of morality. Put another way, the gang in this typically brutal film from Luis Buñuel makes the Jets and Sharks from West Side Story (1961) look like the cast of Sesame Street. 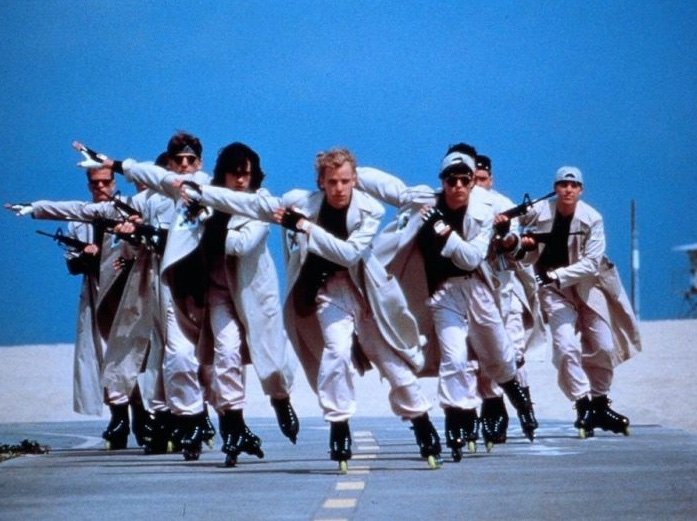 Their hood: A crime-ridden near-future LA.

What they’re about: The Rollerboys fight for control over territory of a crumbling LA. Like a cult, they recite their creepy mantra “the day of the Rope” in abandoned warehouses. Then they hit the streets, always on their eight wheels, to battle rival gangs. And they do it in style, launching off ramps and over burning dustbins. For the Rollerboys, the lifestyle – the gang – is everything. The drugs, the daring initiations and, of course, those white suits that wouldn’t look out of place in a Talking Heads music video.