From The Hurt Locker to Dunkirk, modern war movies are often immersive sensory experiences. With a new version of Journey’s End arriving in cinemas, we survey 10 of the best. 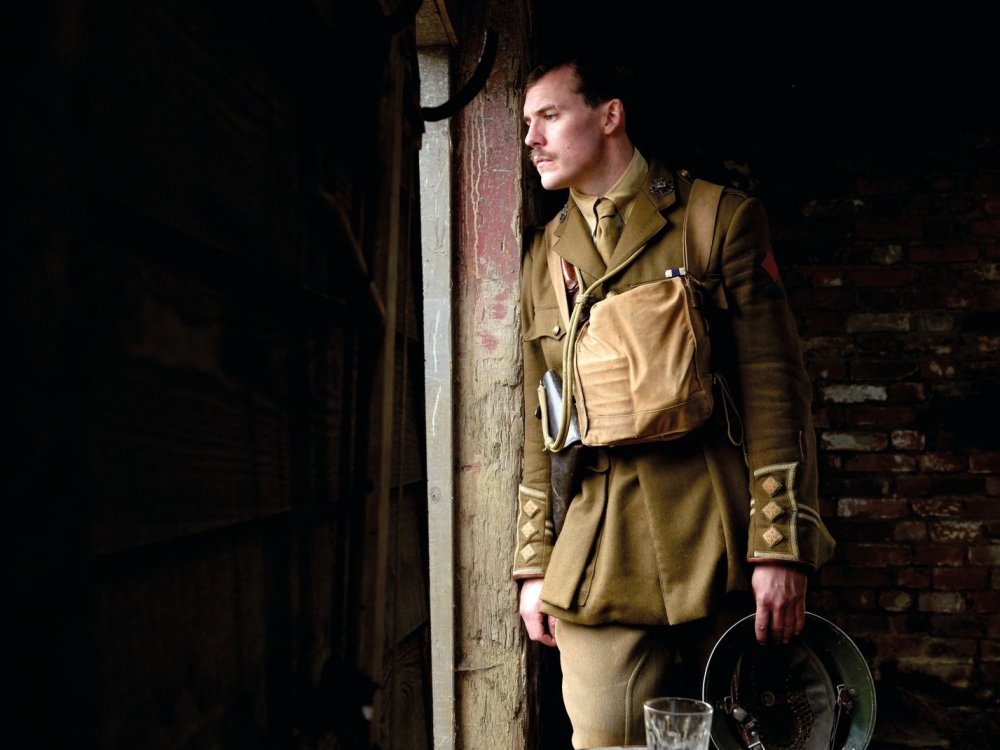 Journey’s End, backed with National Lottery funding via the BFI Film Fund, is in cinemas from 2 February 2018

Arriving this week in UK cinemas, Journey’s End is the fifth screen adaptation of R.C. Sheriff’s enduring 1928 stage play about British soldiers in the trenches in northern France towards the end of the First World War. But director Saul Dibb and writer Simon Reade have deftly avoided retreading old ground by paring down the source material’s dialogue, ratcheting up the tension, layering on the grit, and drawing on a little-known novelisation, co-authored by Sheriff, which fleshes out the world of the the play.

When it comes to depicting war on the big screen, in recent years there’s been a discernible slide away from the reflective and contemplative towards the immersive. From 2001’s Black Hawk Down to last year’s Dunkirk, Hollywood in particular has recoiled from the notion of the war movie as sombre morality tale, instead fixating on allowing audiences to experience the nightmarish sensory overload of life on the frontlines for themselves.

This approach has been informed to a degree by the video game industry. The last decade has seen Activision’s Call of Duty series, which specialises in intensely kinetic interactive renderings of wars both real and imagined, emerge as one of the most lucrative properties in entertainment history.

We’ve also seen a proliferation of films grappling with murky contemporaneous conflicts like the wars in Afghanistan and Iraq, the consequences and traumas of which are still being processed by society at large. The most successful of these, like Kathryn Bigelow’s The Hurt Locker (2008), have refrained from making sweeping political statements, and instead sought to make sense of the chaos by exploring the psyches of individuals caught in the crossfire.

Here are 10 recent films that point to a bright future for a genre burdened with the responsibility of making sense of our past. 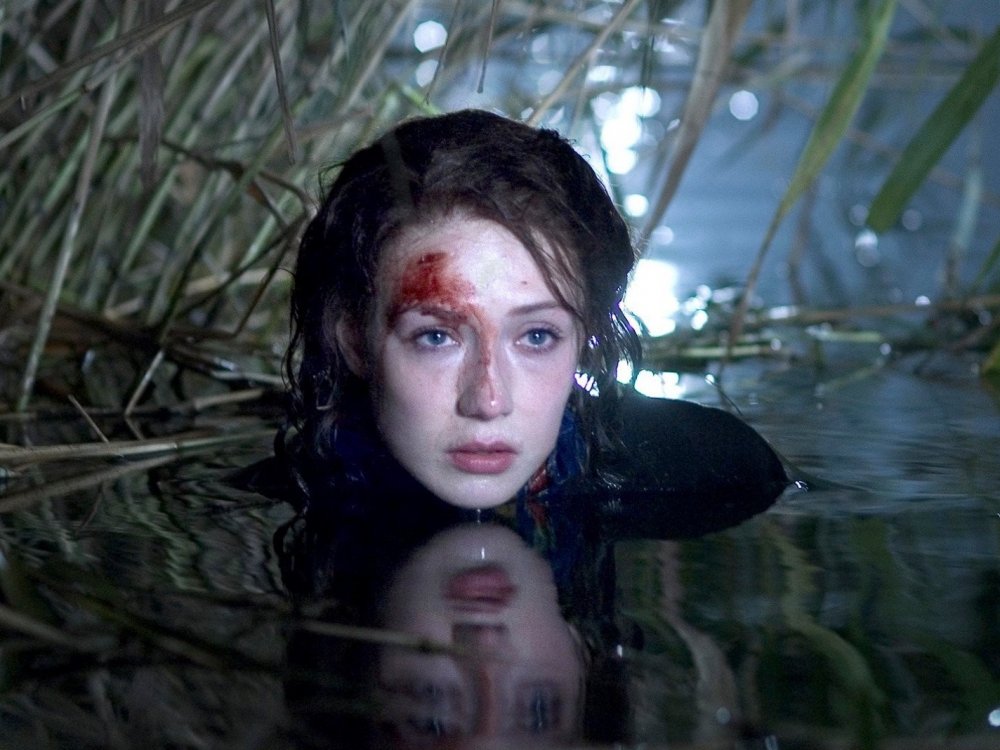 Paul Verhoeven’s predictably provocative evocation of the Nazi-occupied Netherlands may appear at first glance to be little more than a salacious pot-boiler, but beneath its lurid surface lurks a multifaceted exploration of war’s debilitating and dehumanising effects.

Verhoeven’s flair for blockbuster bombastics powers this rip-roaring tale of Jewish singer Rachel Stein (Carice van Houten), whose place of refuge is blown to smithereens in the opening minutes. Joining forces with the Dutch resistance, she’s tasked with infiltrating the regional Gestapo headquarters by seducing SD head Ludwig Müntze (Sebastian Koch). Needless to say this doesn’t go entirely to plan, but a boatload of narrative twists ensures a far-from-predictable ride.

Van Houten delivers a star-making turn as a woman left with no choice but to weaponise her sexuality, who is promptly vilified in all quarters for doing so. And in reliably subversive fashion, Verhoeven undercuts his superficially happy ending with a positively chilling final image. 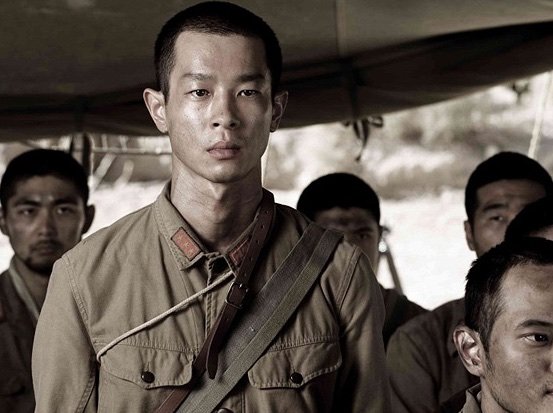 In a recent Guardian article entitled ‘In the line of dire: let’s call time on Clint Eastwood’s macho movies’, the grizzled Hollywood veteran stands accused of repeatedly trotting out the same old “story of stoic, white, militaristic American masculinity saving the day”. Yet the piece neglects to acknowledge Eastwood’s most ambitious modern offering as a director, which might also be the most even-handed portrayal of war committed to film – two epic features, shot back-to-back, exploring 1945’s battle of Iwo Jima from opposing perspectives.

The American portion, Flags of our Fathers, does a solid job of skewering gung-ho jingoism by itself, dismantling the heroic myth of the men depicted in Joe Rosenthal’s iconic photo of the flag-raising on Iwo Jima. But the notion of war as a black-and-white affair is positively eviscerated by its elegant companion piece, which hones in on a group of undernourished, undersupplied Japanese soldiers as they anxiously await a battle they have next-to-no hope of surviving.

Dominating proceedings is Ken Watanabe as Kuribayashi, a brilliant general harboring deeply conflicted views about the country he serves. 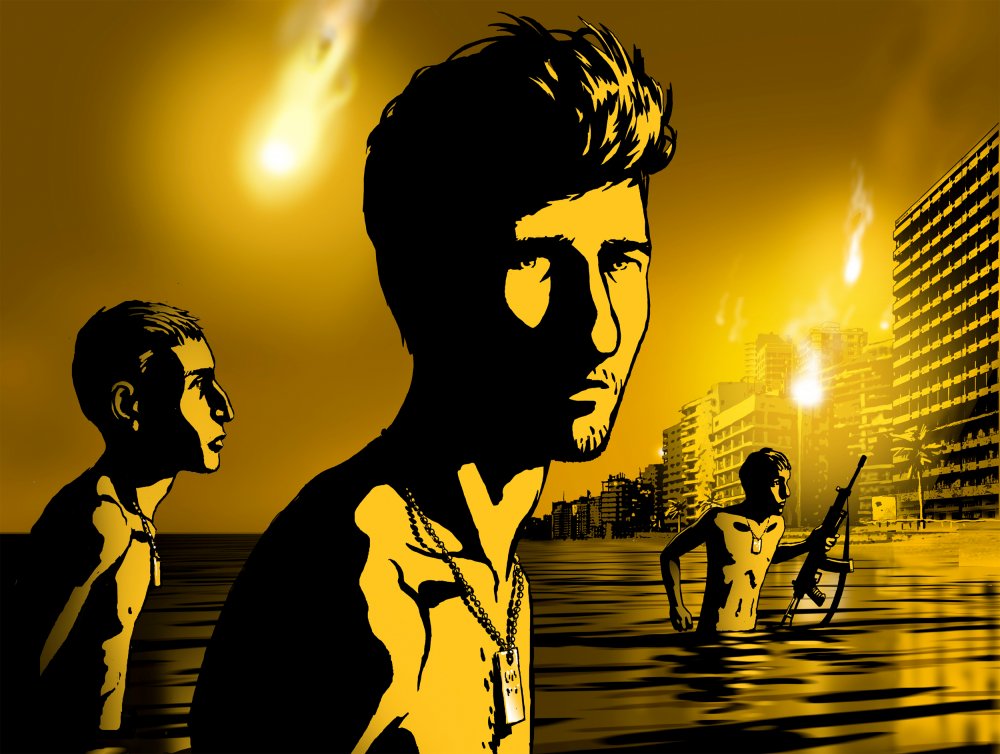 While many modern filmmakers rail against the notion of war as a noble pursuit by striving for harrowing gritty realism, Israeli documentarian Ari Folman swam against the tide in singular fashion when it came to tackling his own experiences as a soldier in the 1982 Lebanon war. Taking as its starting point an encounter with a friend in 2006 in which Folman realises he’s repressed most of his memories of the period, the filmmaker embarks on a journey to flesh out the fragments he still recalls.

His simple masterstroke was to convey this entire process through highly stylised animation, elegantly weaving together a patchwork quilt of fragmentary recollections, dreams and hallucinations. The result is a thrillingly intimate account of processing trauma, which also highlights the futility of attempting to boil a war down to a series of immutable facts and moral lessons. 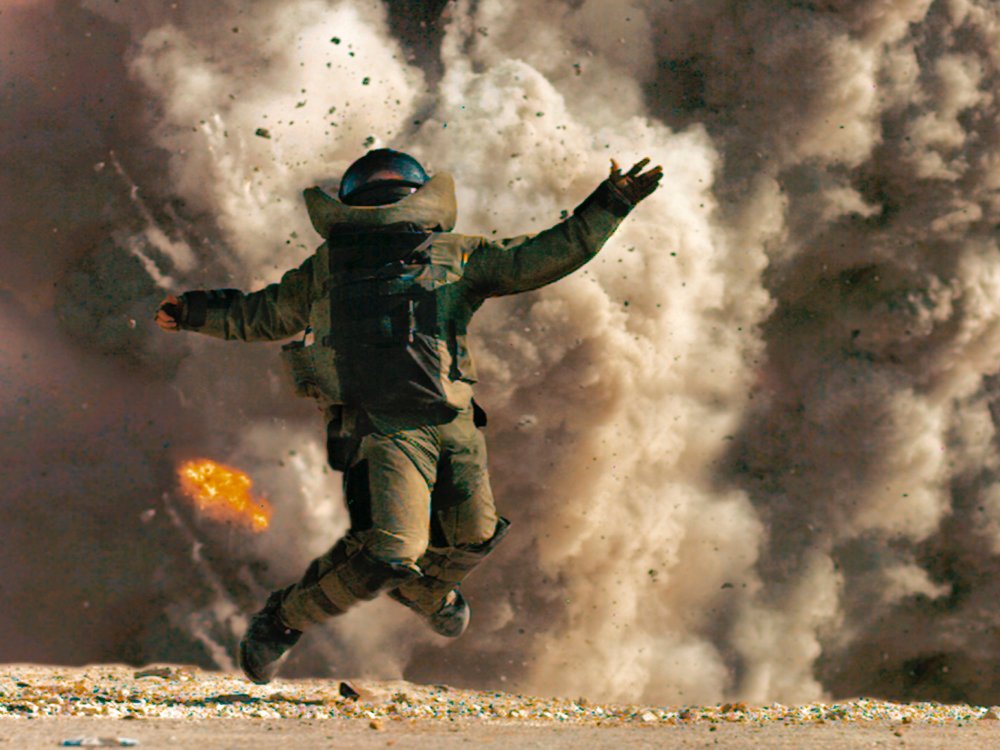 The only war film this century to be crowned best picture at the Oscars is also the only film made by a woman to ever win the Academy’s top accolade. Kathryn Bigelow’s laser-focused portrait of a US bomb disposal unit’s tour of duty in Iraq has been harshly criticised on numerous fronts – for its technical inaccuracies, its apolitical stance, and the fact that Bigelow broke through one of Hollywood’s glass ceilings by delivering a film without any discernible trace of femininity.

Nevertheless, The Hurt Locker remains a troublingly compelling exploration of war’s addictive qualities. In its most bombastic moments, it’s about as close as cinema has come to replicating the dizzying, immersive thrill of playing Call of Duty. But for the most part, it trades in slow-burning, stomach-churning tension, with Jeremy Renner mesmerising as a compulsive risk-taker who seems to recoil at being labelled as such. 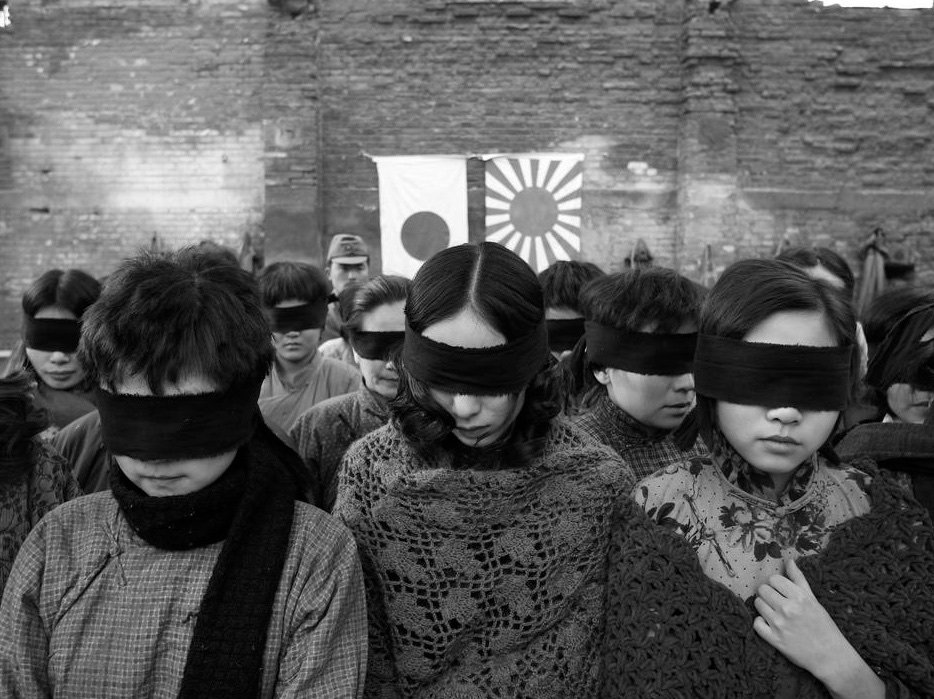 The Nanjing (formerly Nanking) massacre, a six-week period of mass rape and murder committed in 1937 by Japanese soldiers against Chinese civilians during the second Sino-Japanese war, remains to this day a major impediment to relations between the two countries. The massacre remained relatively unknown in the west until the publication of Iris Chang’s 1997 book The Rape of Nanking: The Forgotten Holocaust of World War II, which in turn inspired a number of films on the subject.

The most impactful of these is this unflinching dramatisation by Chinese auteur Lu Chuan, which offers little in the way of background and context. It’s at once intimate and epic, cutting restlessly between uncomfortable close-ups and overwhelming widescreen crowd shots, with lush black-and-white photography adding a welcome layer of hyperreality. 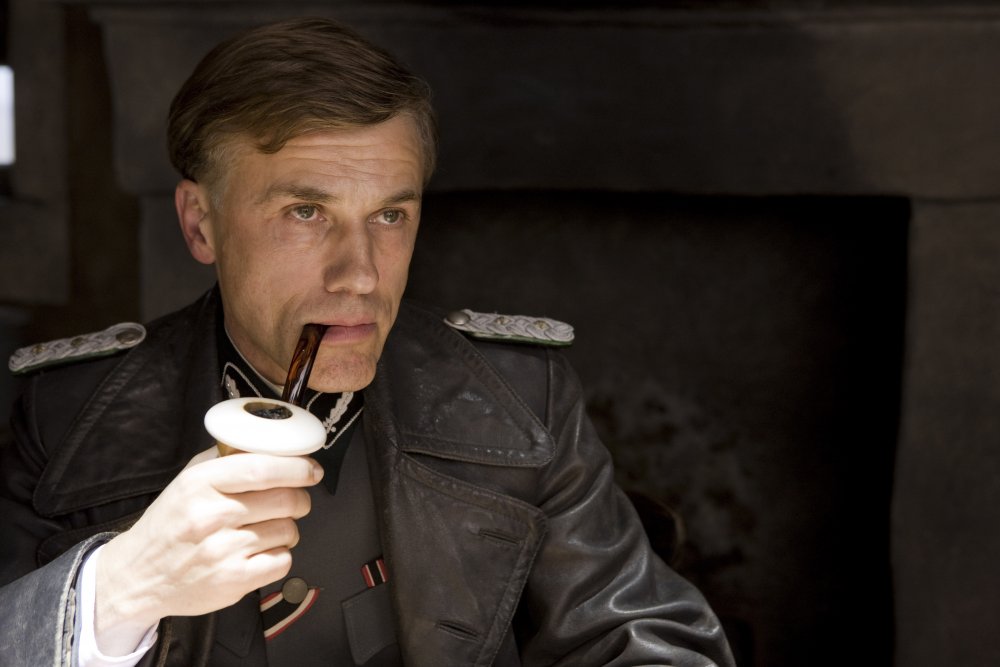 Fuelled by its creator’s unwavering belief in the power of film (more specifically, in his own films) to change the world, Inglourious Basterds is the most gleefully irreverent depiction of the Third Reich this side of Ilsa: She Wolf of the SS (1975). On paper, it looked like Quentin Tarantino might be succumbing to all his most childish impulses, with Brad Pitt hamming it up as a hillbilly lieutenant leading a crack squad of Jewish-American soldiers on a bloody rampage through Nazi-occupied France. 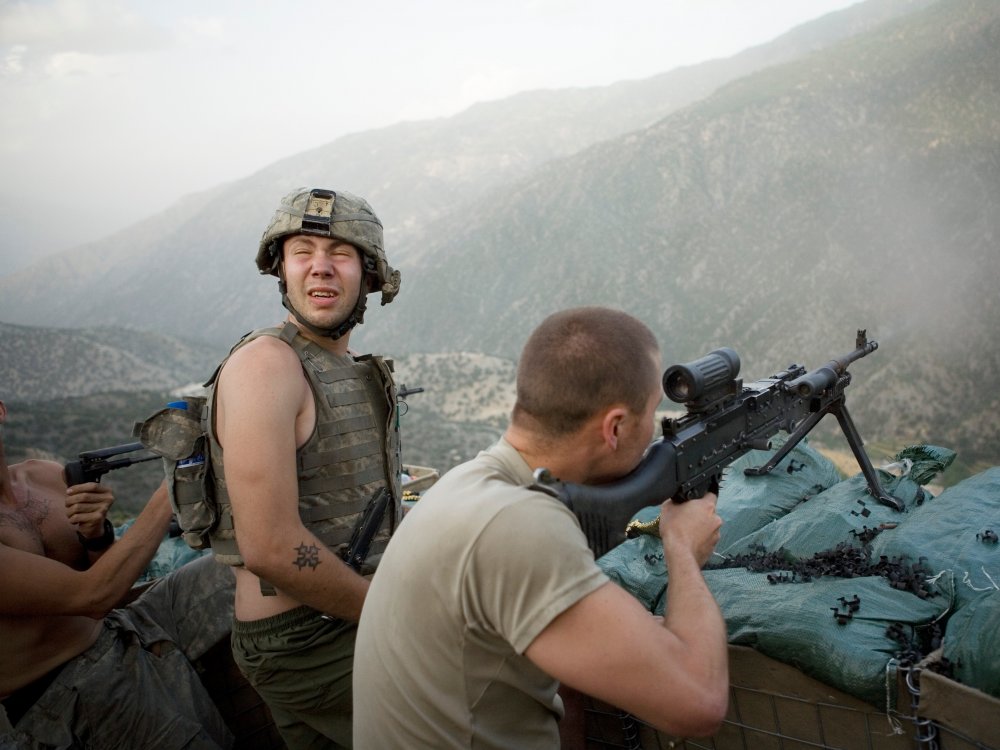 In 2007, American journalist and author Sebastian Junger and British photojournalist Tim Hetherington were commissioned by Vanity Fair to profile a platoon of US soldiers stationed in Afghanistan’s Korengal Valley, regarded at the time as the most dangerous spot in the country.

While contending with challenges like a lack of running water and constant enemy gunfire, the pair took the assignment as an opportunity to try their hand at filmmaking for the first time, ultimately making a total of 10 trips to the valley over the course of a year, and shooting around 150 hours of footage.

In condensing this down to a slick 93 minutes, the pair delivered a scintillating primer in modern warfare, encompassing the boredom, the transgressive excitement, the abject terror and the lingering trauma. Its intense poignancy is compounded by the fact that this would be Hetherington’s sole foray into filmmaking – in April 2011 he was tragically killed in a mortar attack while covering the Libyan civil war. 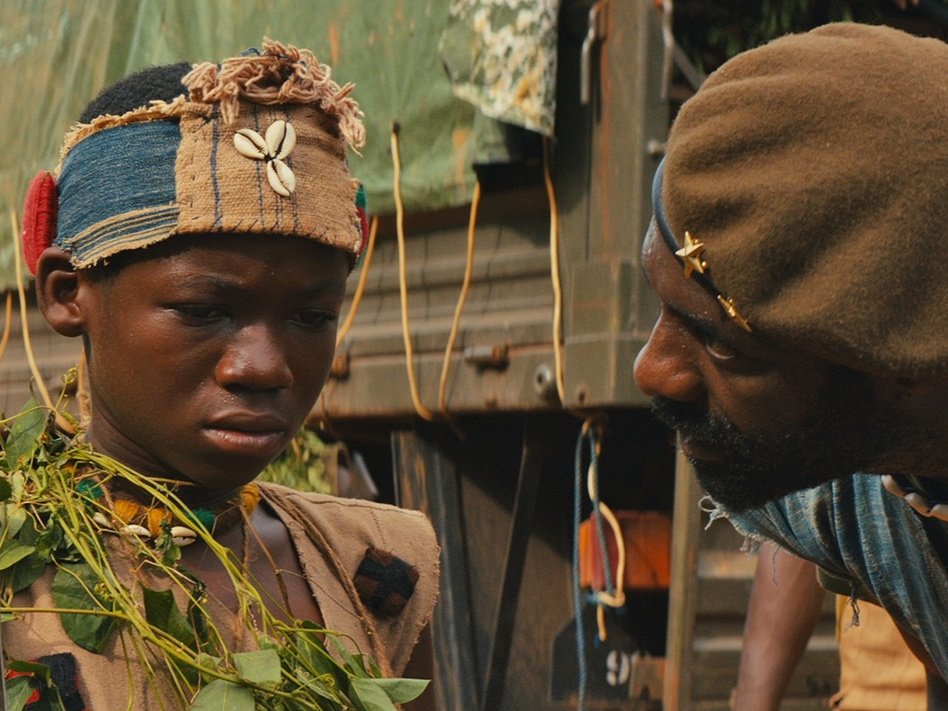 From the outset, Cary Fukunaga’s searing study of corrupted youth makes it clear that you’re in a safe pair of directorial hands. Screen depictions of war-torn or impoverished African nations frequently fall back on patronising cliches, with foreign filmmakers seemingly unable to resist romanticising hardship and working-class resilience. Beasts of No Nation, however, strikes a deft balance, acknowledging the vibrancy of its west African setting without Disneyfying it or portraying his civilian characters as saintly victims.

You’ll be clinging to the memory of these warm early scenes as the film kicks into gear, and we witness 12-year-old Agu (Abraham Attah) lose his family in the most traumatic manner imaginable, before falling under the influence of a dangerously charismatic warlord known as the Commandant (Idris Elba). But staying true to the vision of the world expressed in the opening scenes, Fukunaga continues to find hope in the bleakest circumstances, without resorting to crass manipulation. 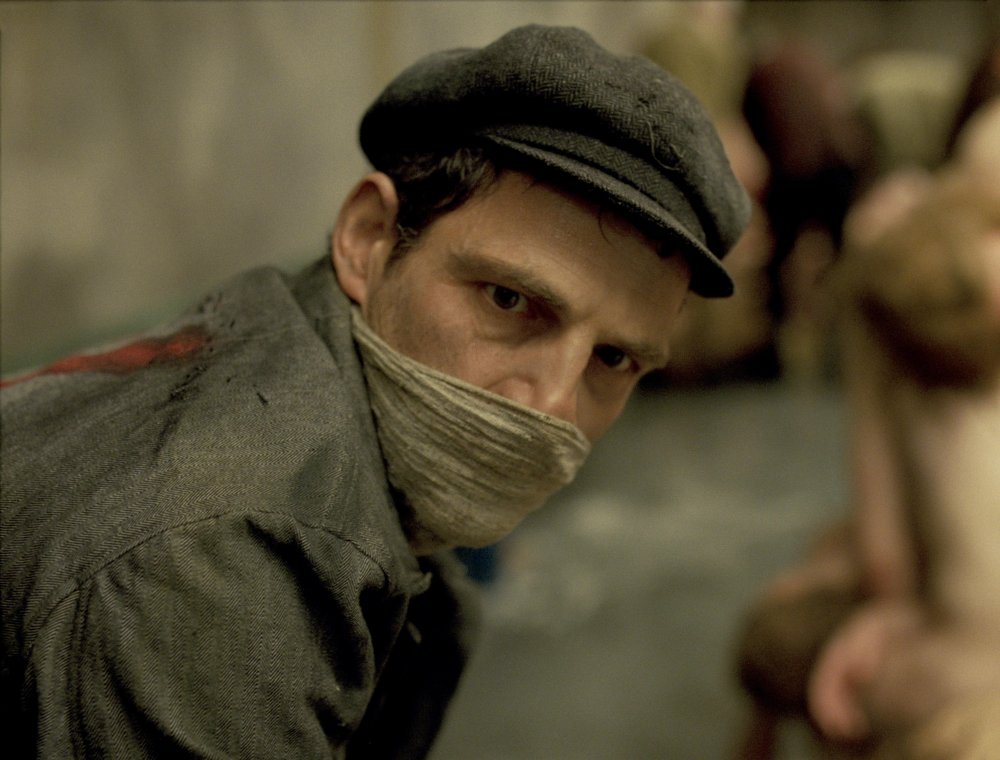 Many great filmmakers have attempted to wrestle with the horrors of the Holocaust, but most have fallen coy when it comes to depicting the grim mechanics and logistics of Nazi concentration camps. László Nemes’ excoriating debut, by stark contrast, throws the viewer straight into an Auschwitz gas chamber, where the titular Saul (Géza Röhrig) goes about his unfathomably unpleasant business as a member of the Sonderkommandos – a work unit comprised of mainly Jewish prisoners forced, on threat of their own death, to assist in running the camps.

The opening sequence is a nightmarish tour de force – filmed in claustrophobic 4:3 ratio, with Saul’s back filling the width of the screen, and unimaginable atrocities glimpsed at the edges of the frame or evoked through bone-chilling sound design. The sparse narrative is propelled by this broken soul’s desperate quest to salvage a shred of humanity by arranging a proper Jewish burial for a boy who somehow survived a gassing, only to be unceremoniously suffocated by a physician.

In refusing to romanticise his protagonist’s bold act of defiance, Nemes delivers perhaps the most vital cinematic rendering of modern history’s darkest chapter. 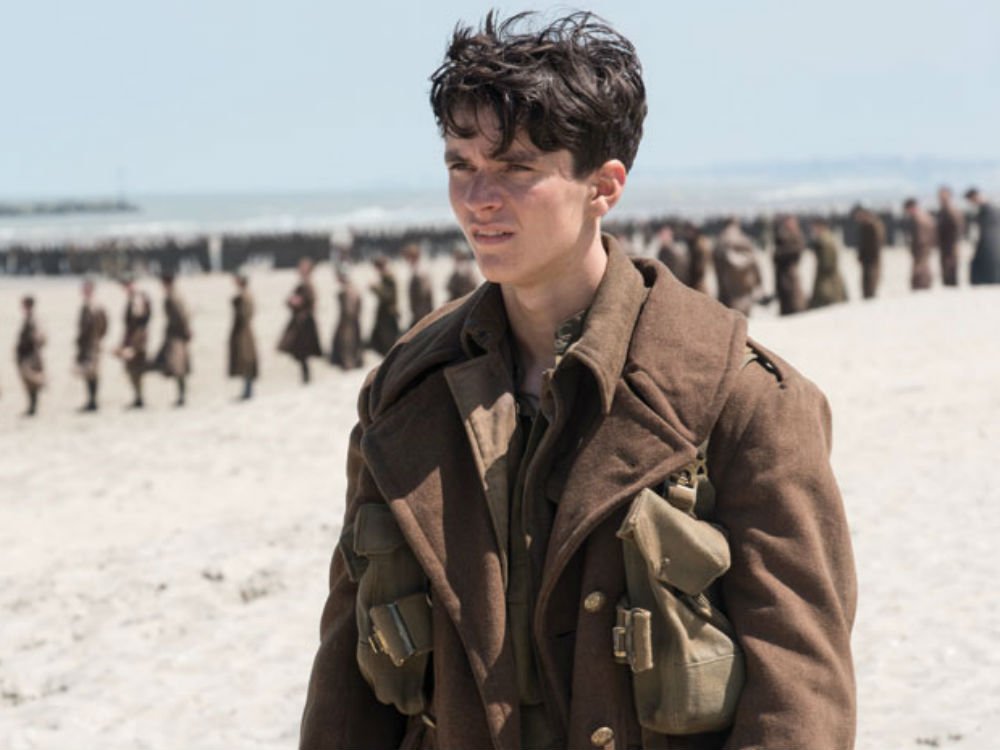 This virtuoso reenactment of the Dunkirk evacuation, now the highest-grossing Second World War film ever made, sees Christopher Nolan sticking largely to the formula that’s established him as the early 21st century’s most bankable auteur. Dunkirk delivers an initially bewildering fractured narrative that gradually snaps satisfyingly into place like a jigsaw puzzle, scattered with jaw-dropping action scenes that prize old-fashioned craftsmanship above CGI fireworks.

Moreover, his sometime penchant for on-the-nose, expositional dialogue is rarely an issue here, as what few words are uttered are largely drowned out by the din of explosions or Hans Zimmer’s pulse-raising score. Shot with 65mm and IMAX cameras, it’s as a straightforward sensory overload that Dunkirk really excels. But even on the small screen, it remains a technically tricksy, time-bending delight.