There have been plenty of impressive trans films this century, but they’re not the ones awards ceremonies tend to think. 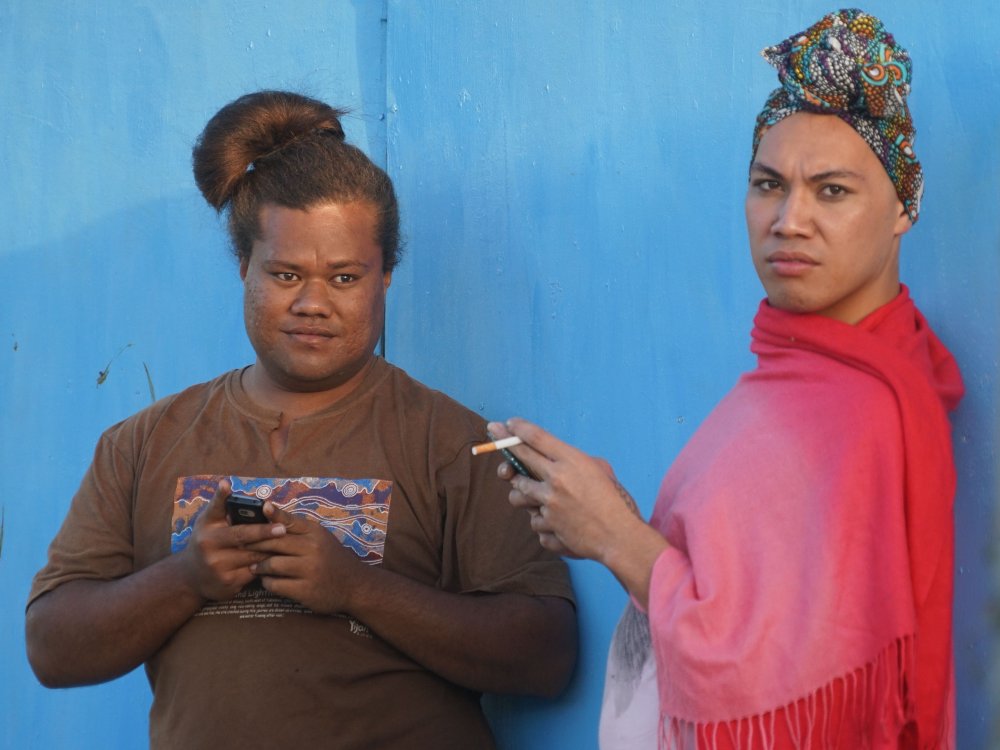 Since the turn of the century, awareness of trans people has increased, and with that new visibility comes a cavalcade of mainstream mediocrity in the cinema. From Transamerica (2005) to The Danish Girl (2015), films about transgender people that reach a wide audience tend to serve as distorted guides for cis people to pity us.

The most frustrating things about being a trans film critic is the effort one has to exert in order to find worthwhile films about transgender people. Festivals like BFI Flare are excellent at offering a platform for quality trans films. This year looks no different, with various films telling the stories of trans people across the world. There’s the story of Pepsi in Enrico Masi’s Shelter: Farewell to Eden, T. Cooper’s documentary odyssey through the world of trans bodybuilders in Man Made, and Leitis in Waiting, which looks at the threat that neo-colonialism poses to third-gendered people in Tonga.

A great transgender film is one that seeks to serve a trans audience. Unfortunately, many such films struggle to reach an audience beyond privileged festival attendees and curious cinephiles. Whereas trans films for cis people are showered with awards season prestige, which in turn morphs into a perverse marketability, trans audiences are forced to look harder. Some of the films on this list require a bit of digging to watch, but they are more than worth the effort. 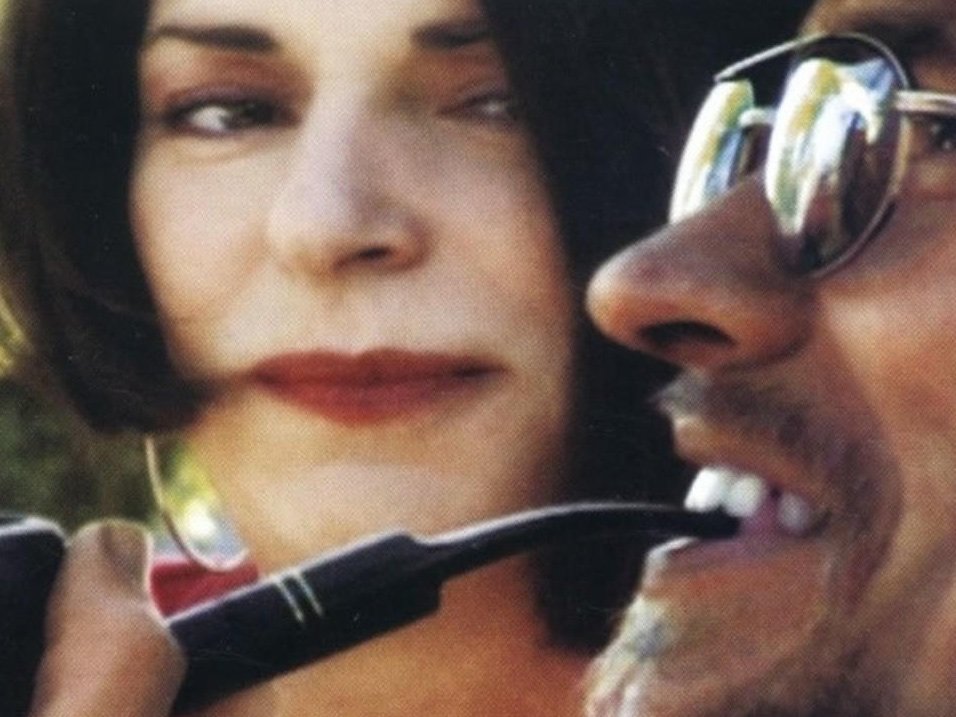 Robert Eads is a trans man with terminal cancer. He only has one year left to live. This is the situation Kate Davis’s documentary confronts us with at the beginning. We first see Robert sitting alone on his farm in the American Deep South. This solitary image is undermined by the film that follows, as we are introduced to Robert’s chosen family of trans men and women, chief among whom is his girlfriend and dutiful carer Lola.

Davis chooses to emphasise the beauty of these relationships over the injustices they face. It’s mentioned that Robert is frequently denied care, and the subjects speak with authority about the ways medical professionals have screwed them over from botched operations to general neglect.

Southern Comfort could have been a damning indictment of the medical establishment, and it’s a shame that Davis did not explore this further. At the same time, that focus on people, and the sense of community they build together, is equally important to see. 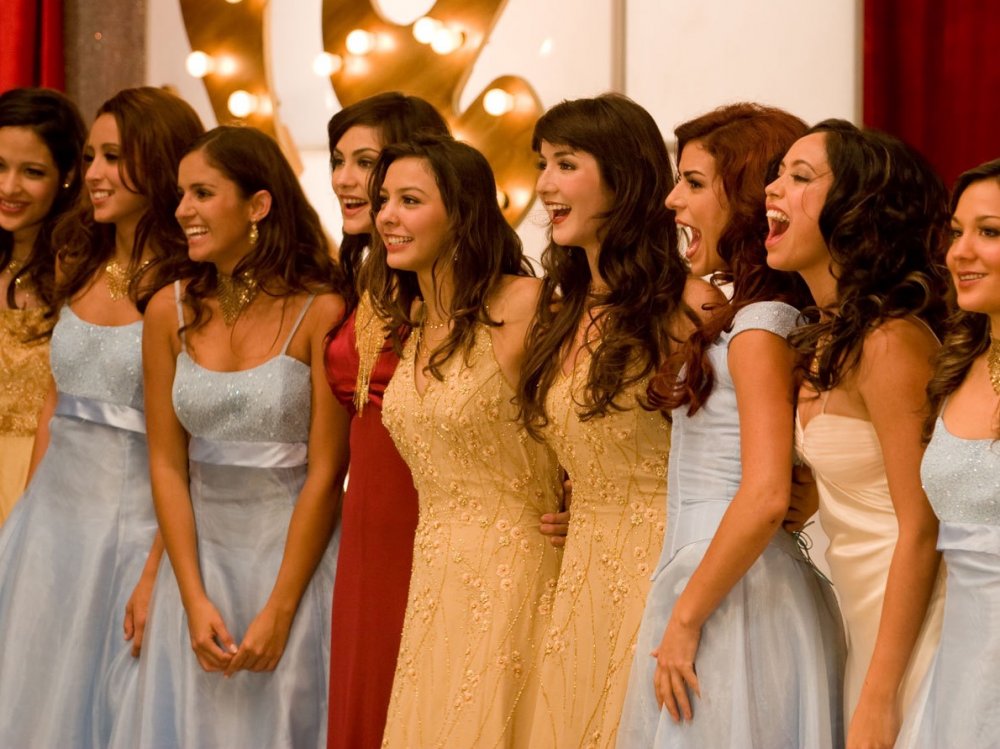 To explain why Casi Divas is on this list means spoiling its twist. Director Issa López’s film is about a Britain’s Got Talent-style TV show in which women across Mexico compete for a coveted film role. It follows the intersecting journeys of various competitors.

Towards the end, it’s revealed that one of the finalists, working-class Yesenia (Daniela Schmidt) is trans. There are subtle hints, such as when Yesenia’s senile grandma dead-names her. Such details are inconsequential, because the primary arc of the film is about how Yesenia and fellow finalist Francisca bond throughout the competition. Yesenia stands up to the show-runners who discriminate against Francisca, a Zapotec Indian.

At first, Francisca rejects Yesenia for being trans, but in one of the most powerful moments of the film, she wishes her friend good luck after being knocked out of the final. This crystallises Lopez’s overriding message of solidarity between women in this hugely entertaining gem of a film. 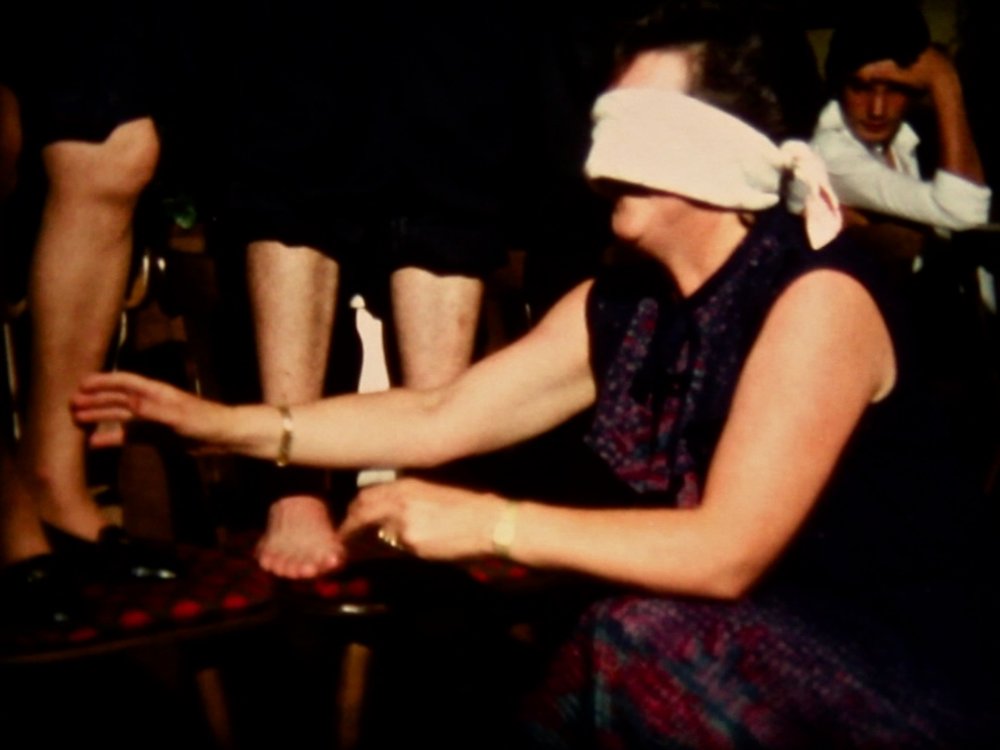 As mainstream narrative cinema, which often prioritises the externalities of plot, repeatedly proves its ineptitude at exploring trans lives, experimental films can offer a safe alternative. German artist Vika Kirchenbauer’s autobiographical short Like Rats Leaving a Sinking Ship is an eviscerating work. The monotone iciness of medical professionals grates next to Kirchenabuer’s warm moments of introspection. The inhumanity of the former, which plays over grainy home video, depicts the violent scrutiny trans bodies are subjected to with a horrifying clarity.

Kirchenbauer cleverly retools the figure of the rat, continually applied by the perpetrators of genocide as a shorthand for degenerates, as a potent symbol of resistance to cisnormative society. Yet Kirchenbauer’s greatest achievement with this film is how she uses her personal reminiscences to illustrate the inner workings of transmisogyny. This is a miraculous act of cinematic alchemy that’s both deeply felt and politically engaged. 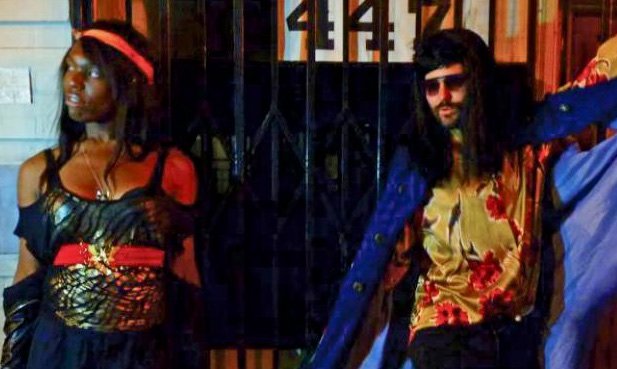 Prison abolition is a vital area of trans politics because the prison industrial complex is one of the state’s most powerful weapons against black and trans women. Criminal Queers is a cathartic Molotov cocktail of a film about a group of activists who free one of their comrades from prison. The film relishes in taking down familiar enemies, while also saving time to take well-earned potshots at the assimilationist white queer people who throw more marginalised groups under the bus. The gay jury foreman is a particularly juicy bit of satire.

Watch closely and you can spot the trans activist and artist Tourmaline in one of the crowd shots. Plus there is a wonderful cameo by the political activist Angela Davis aiding this “rag-tag group of would-be assassins and gender-illusionists”.

Criminal Queers is hilarious in its satire and powerful in its politics. A must-see for every radical. 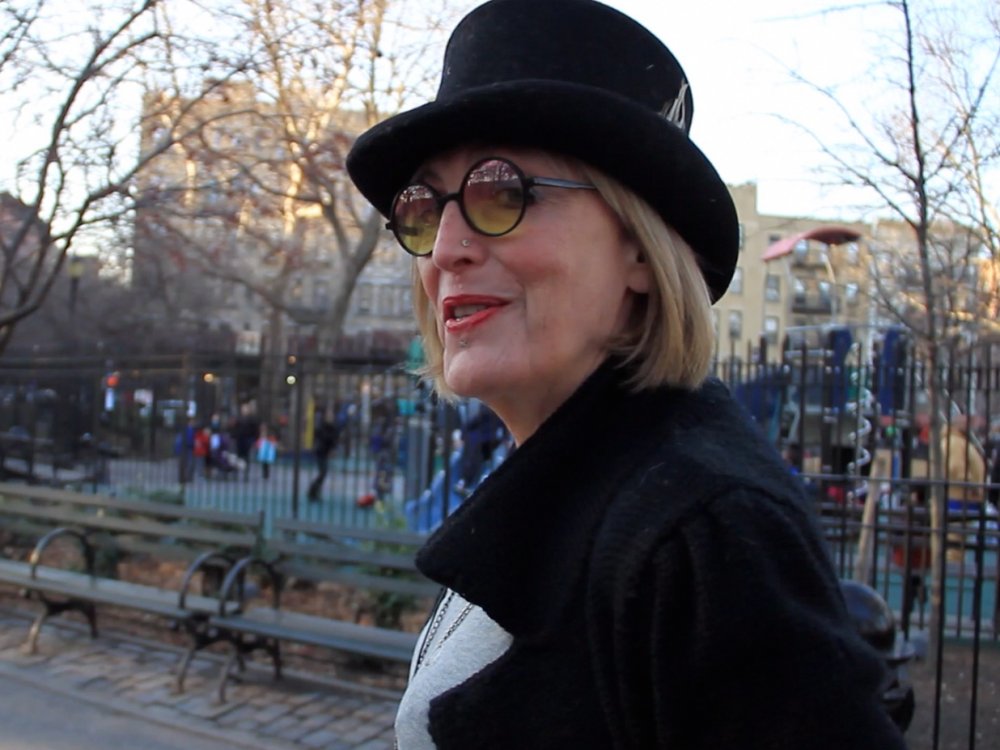 It’s important for young trans people to know that there were others who came before. Violent histories lead to a decimated consciousness of the past. As such, the practice of documenting trans history by trans people is vital. Enter, Sam Feder’s 2014 film Kate Bornstein Is a Queer & Pleasant Danger, which follows the elder gender outlaw shortly after her diagnosis of lung cancer.

Far from a dry piece of biography, this documentary is brimming with the vitality of its charismatic subject. Bornstein talks to the camera with the warm candour of a queer grandma. A film like this is important for us as trans people to cherish because it immortalises those who have come before us as the fierce and fragile people we truly are, rather than as rigid icons. 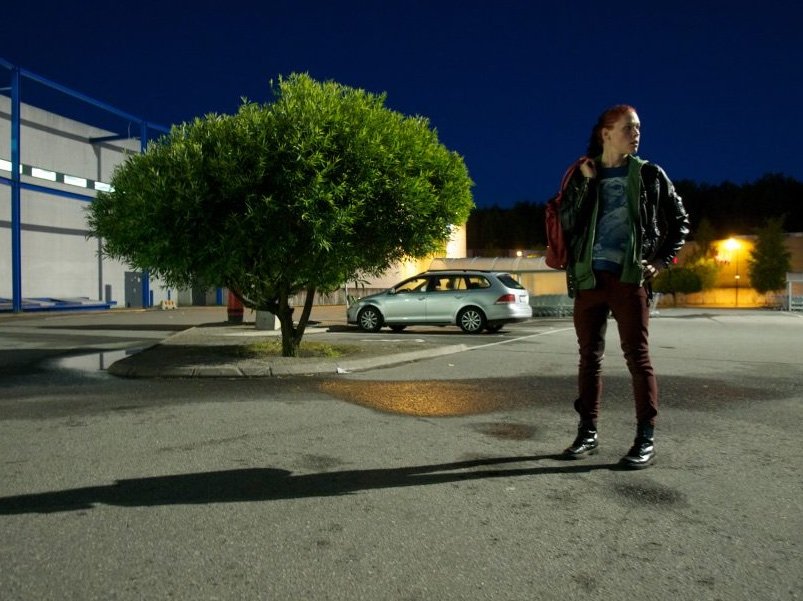 Ester Martin Bergsmark’s Something Must Break is a miracle of a film. In it, Saga Becker plays a young trans woman named Ellie at the moment she is coming to understand her identity. Of course, it’s never that simple, because Ellie has also fallen in love with a cis boy named Andreas.

What makes Something Must Break work as a trans film is that it never deviates from Ellie’s perspective. Her evolving sense of what it means to exist in a world saturated with transmisogyny would have been rendered as misery porn in the hands of cis filmmakers. Rather, Ellie’s arc is one of finding power in her identity. At the beginning of the film she says “Piss in my mouth if it’ll make you love me,” and by the end she stares back at us in the audience, confident in who she is and what she wants from others. It’s an affirming, clear-eyed perspective on a trans woman’s sexuality, and we desperately need more. 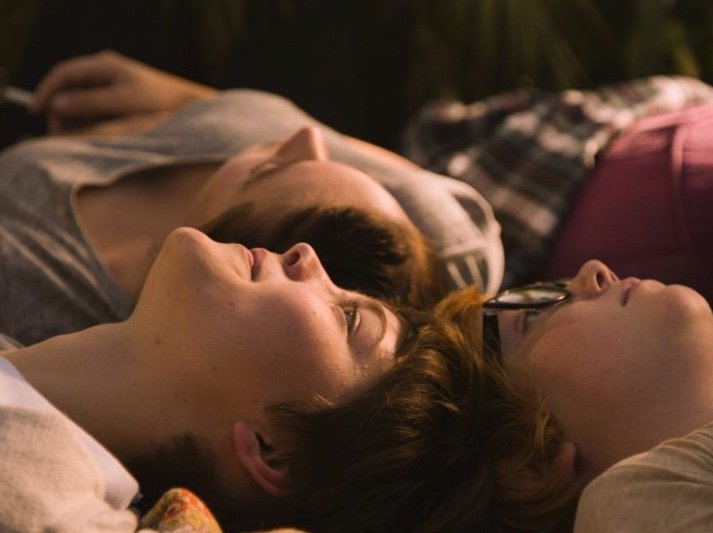 Something for the YA crowd, this modern fairytale from director Alexandra-Therese Keining is a rare treat that recognises how gender identity impacts us all. Three young teenagers, frustrated by the confines of suburban girlhood, discover a magical flower whose nectar transforms them into boys for the night. The evening escapades lead the friends down different paths as each struggles to figure out who they truly want to be.

Casting a different set of cis actors pre and post-transformation stifles the transgender theming. The fantastical element also stymies the potential to explore the material realities of young trans boys. At the same time, magic gives the film a sense of timelessness, dismantling the transphobic notion that an adolescent questioning of gender is nothing more than a pubescent fad, and instead presenting it as a source of ancient power. 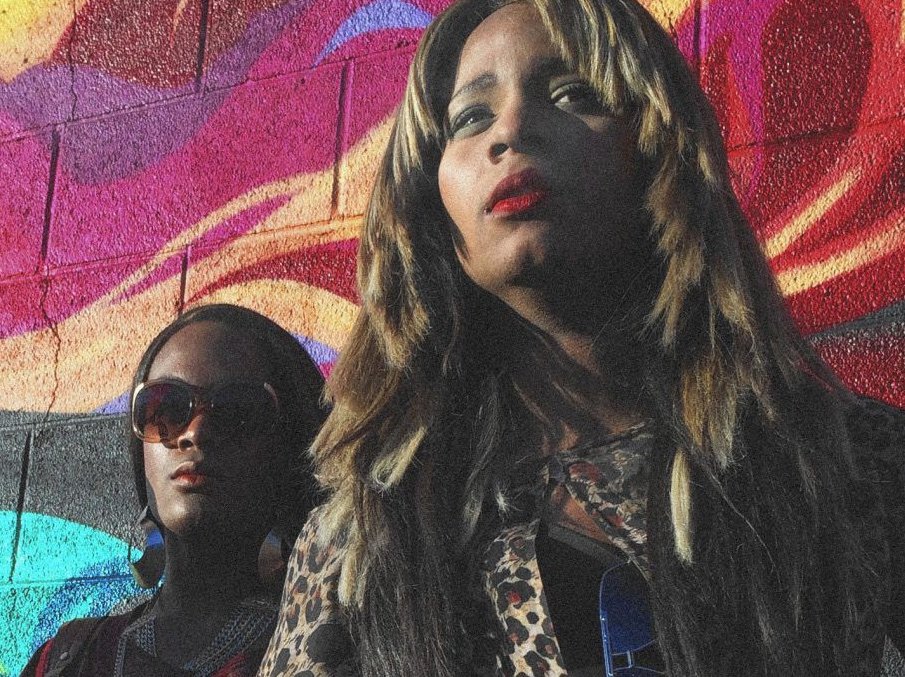 The most popular film on this list, and with ample reason. Sean Baker remains one of the few cis men to have directed a truly great film about trans women. Taking place over a single sunny Christmas Eve in Hollywood, Tangerine centres on Sin-Dee and Alexandra. Fresh out of jail, Sin-Dee is on the warpath to find the woman who slept with her pimp boyfriend Chester. Kitana Kiki Rodriguez’s performance as Sin-Dee deserves to go down in cinema history as one of the fiercest bitches to ever grace the screen, while Mya Taylor’s turn as Alexandra possesses a contrasting subtlety that is a wonder to behold.

Both Taylor and Rodriguez channel their experiences as trans sex workers to imbue this action-packed story with a refreshing degree of honesty. They guide the camera to produce peerless moments of comedy without glamorising the precarious lives of the characters. 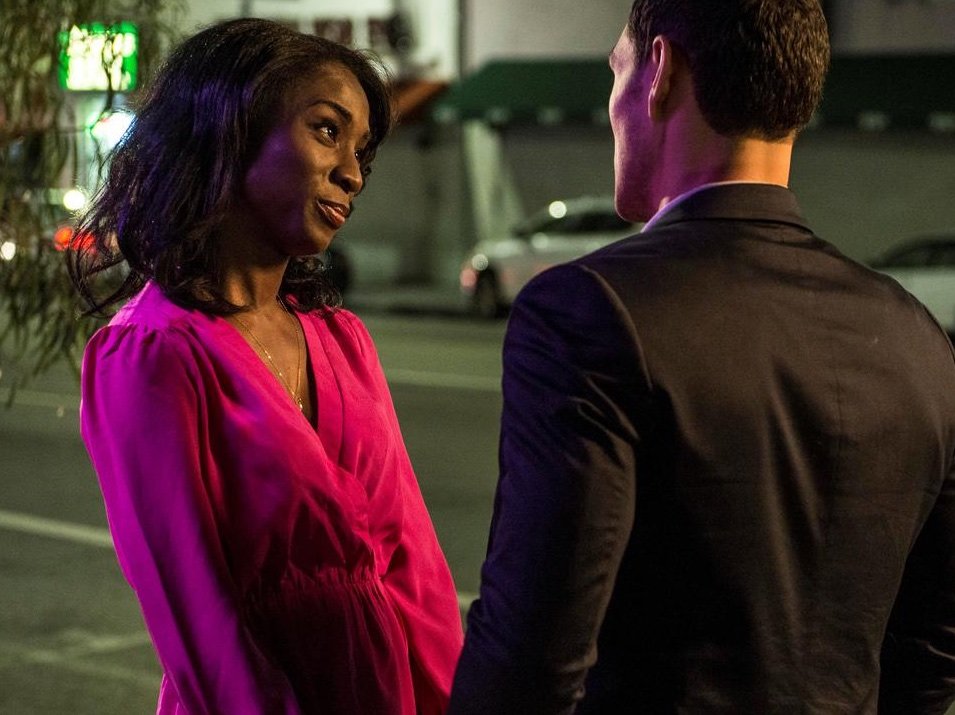 For good or ill the internet has facilitated much of the increased trans visibility in recent years. As a web series, Her Story stretches the definition of film. It could be argued though that each of the six parts come together to form a wonderful romance. Written by and starring Jen Richards as Violet, a trans woman who embarks on a tentative relationship with a cis lesbian, Her Story offers a disarming sincerity. Parallel to Violet’s narrative is Paige, a trans lawyer who may have found that rarest of things: a decent man.

There are points where the writing and performances can feel clunky. Such technical quibbles fade into irrelevance, though, because it is just so goddamn refreshing to just enjoy watching trans women going on dates and being shown affection. It shouldn’t be much to ask for, yet here we are. 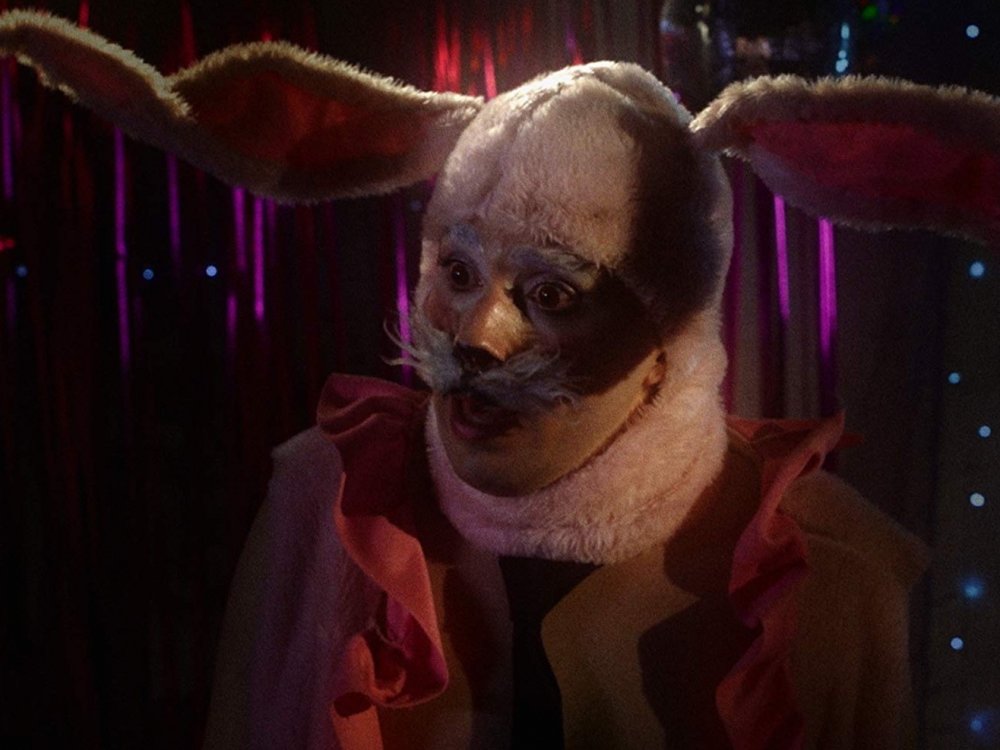 Having screened at BFI Flare last year, Inferninho deserves more recognition. This strange film from Brazil takes place inside a dimly lit bar populated by bizarre characters and is run by older trans woman Deusimar. When Deusimar falls in love with Jarbas, a handsome sailor, the mysterious young man brings trouble with him, threatening the future of this dingy oasis.

Despite the unashamed weirdness of a film in which one of the main characters is a man in a rabbit costume, Inferninho burns with a quiet love for the safe havens that poor marginalised groups across the world carve out for themselves in hostile environments. The tone is often sombre, yet that only makes the affection between Deusimar and Jarbas even more remarkable to behold. Yuri Yamamoto’s performance as Deusimar was one of the most underappreciated performances of last year, and cinephiles owe it to themselves to seek it out.