Two fistfuls of the finest Italian westerns, from Django to the Dollars trilogy and beyond. 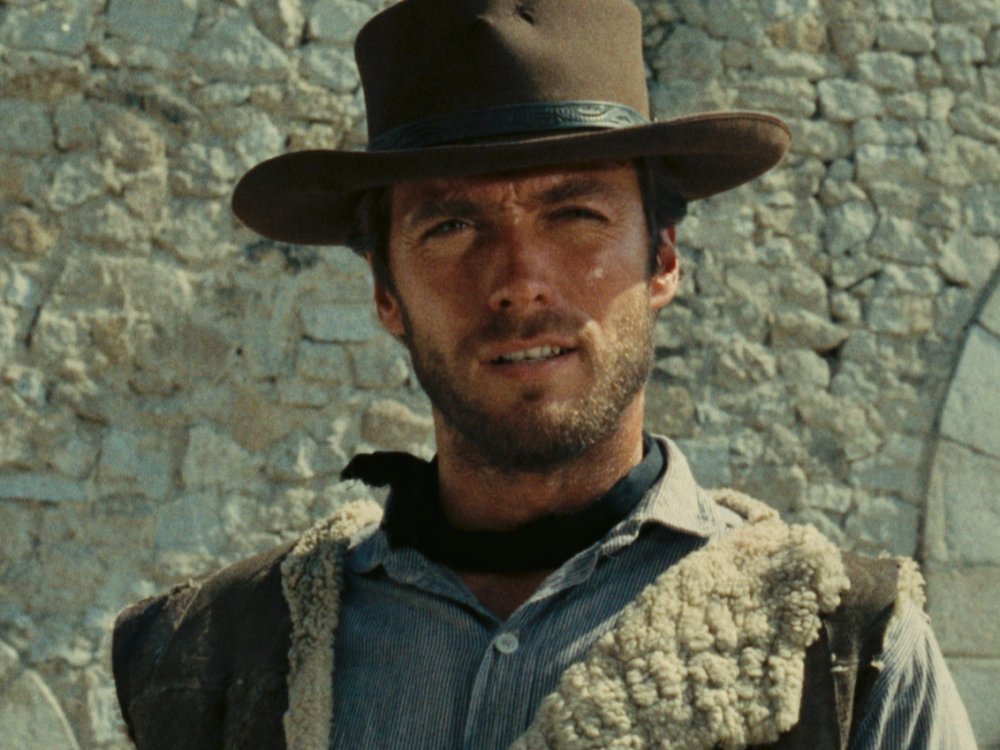 Buy tickets for A Fistful of Dollars at BFI Southbank

Italian exploitation cinema has traditionally drawn on American genres, and never more popularly than in the spaghetti western (‘western all’Italiana’). In the late 1960s, almost half of the films produced in Italy were westerns, from big budgeters by Sergio Leone to much cheaper ones. With a greater sense of operatic violence than their American cousins, the cycle of spaghetti westerns lasted just a few short years, but before hanging up its spurs in the late 70s, it completely rewrote the genre.

Westerns had been made in Italy before, but it was 1964’s A Fistful of Dollars (1964) that defined the spaghetti style: from the vast desert vistas (filmed in Spain) to the moody micro-close ups, the dance-of-death shootouts and the majestic Ennio Morricone score.

The spaghetti western had its classic period and its auteurs. After Leone, there is Sergio Corbucci, whose Django (1966) is the genre’s vengeance tale par excellence, while Sergio Sollima (The Big Gundown, 1966) is the most political filmmaker of the three ‘Sergios’. Damiano Damiani’s A Bullet for the General (1967) is the first of the revolutionary Zapata westerns, and almost every successful spaghetti western spawned numerous sequels.

The cycle lapsed into self-parody and decline in the early 70s, when comedy-westerns (known as ‘fagioli’) took over in popularity, then enjoyed a brief twilight, with later efforts like Keoma (1976) elegising the genre. 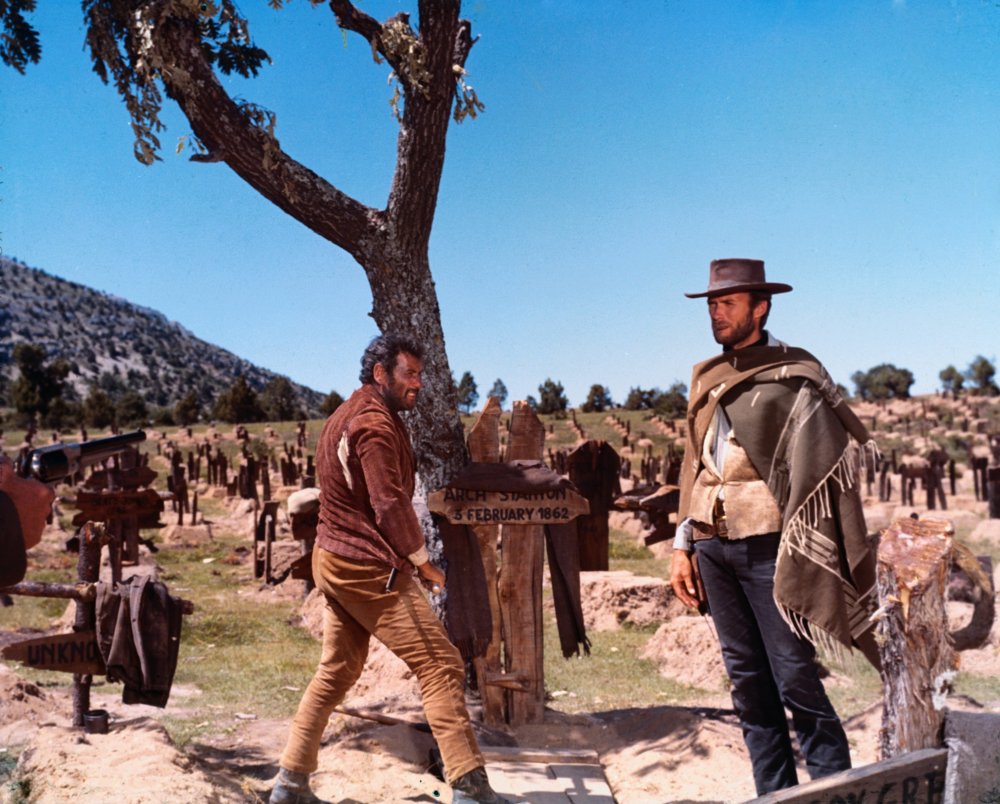 Stealing the plot to Akira Kurosawa’s Yojimbo (1961), Leone cast a young Clint Eastwood (then known to audiences as Rowdy Yates in the TV show Rawhide) as The Man with No Name, a poncho-clad, cheroot-chewing gunfighter caught between rival gangs in a Mexican border town. Already containing many of Leone’s visual trademarks and a score by Morricone, A Fistful of Dollars set the template for spaghetti westerns to come. Its sequel, For a Few Dollars More (1965), is bigger, louder and even more stylish, with Eastwood reprising his role as a cynical bounty hunter, teaming up with Lee Van Cleef as a retired general out for revenge.

The Good, the Bad and the Ugly (1966) completes the Leone/Eastwood trilogy in epic fashion, with the line-up now including Eli Wallach, unforgettable as the ‘ugly’ bandido, and Van Cleef as the ‘bad’ gunslinger. The film’s final shootout in a deserted cemetery is one of the greatest in any western – spaghetti or otherwise. 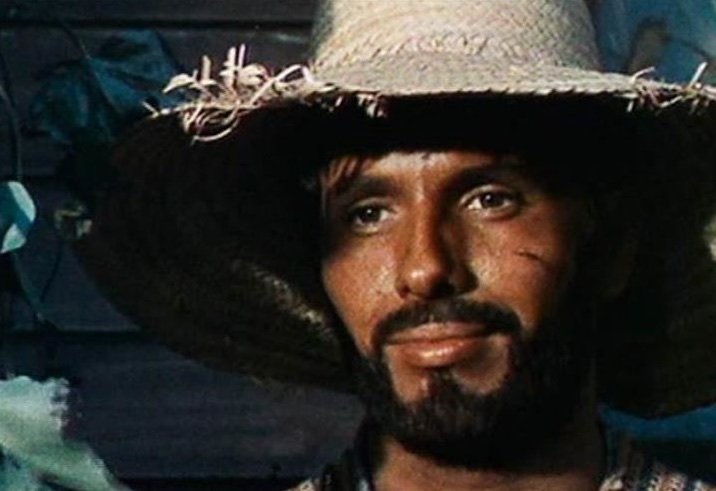 In this superior follow-up to Duccio Tessari’s own A Pistol for Ringo (1965), Giuliano Gemma plays a veteran of the civil war who, coming home, discovers his wife and daughter in the clutches of Mexican bandits. Gemma dons disguise in a bid to infiltrate the gang and find out if his wife, Helen (Lorella De Luca), is in still love with him or if she’s fallen for the bandit leader to whom she’s betrothed.

Morricone’s music adds much to the sombre mood of this early Italowestern (as they were called in Germany), and Francisco Marín’s cinematography rivals that of Leone’s director of photography, Tonino Delli Colli, in terms of its grit and sweaty close-ups. Nicknamed ‘Angel Face’, Gemma would go on to become a spaghetti western stalwart after initially appearing under the pseudonym of Montgomery Wood, while co-writer Fernando Di Leo later directed a number of influential poliziotteschi (Italian crime films). Tessari’s two entries were smash hits in Italy, leaving a glut of fake ‘Ringo’ movies in their wake. 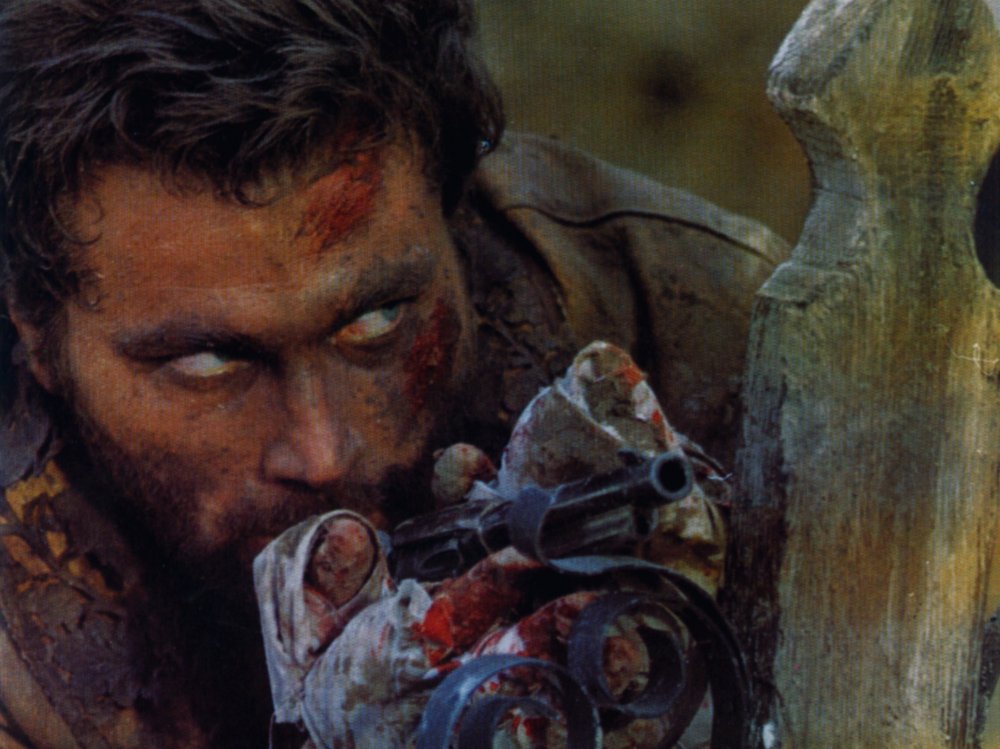 Borrowing heavily from the plot of A Fistful of Dollars, Corbucci’s classic offers an even more nihilistic spin on the story. A lone gunslinger (Franco Nero) rides into a town of two rival factions – Mexican revolutionaries on one side, racist Klansmen on the other – and cynically plays them off against each other to get money and revenge.

Django made an overnight star of Nero and many ‘Django’ films followed, although the only official sequel, Django 2: Il grande ritorno – which saw Nero return as a civil war veteran seeking vengeance for the murder of his wife by the Confederates – wouldn’t appear until 1987. Banned in the UK by the BBFC until 1993, Django is a brutally violent and amoral take on the genre. From the moment Nero first appears on screen – dragging a coffin behind him with a machine gun hidden inside – we know we’re in for a high body count.

The earliest of the Zapata westerns, Damiano Damiani’s film is also one of the first – and most highly praised – of the more political spaghetti westerns. Concerned with how social injustice can turn Mexican bandits into revolutionaries, the story sees bandit chief El Chuncho (Gian Maria Volonté) enlist the help of an American gringo (Lou Castel) in a raid on an artillery train in order to supply a rebel general with ammunition in the Mexican revolution. The two become friends, but the gringo is not all he seems, and so begins a tale of loyalty, betrayal and political assassination.

Damiani, Volonté and co-writer Franco Solinas (The Battle of Algiers, 1966) were key figures of 60s Italian political cinema, and A Bullet for the General has been read by some critics as an allegory of CIA intervention in Latin America. 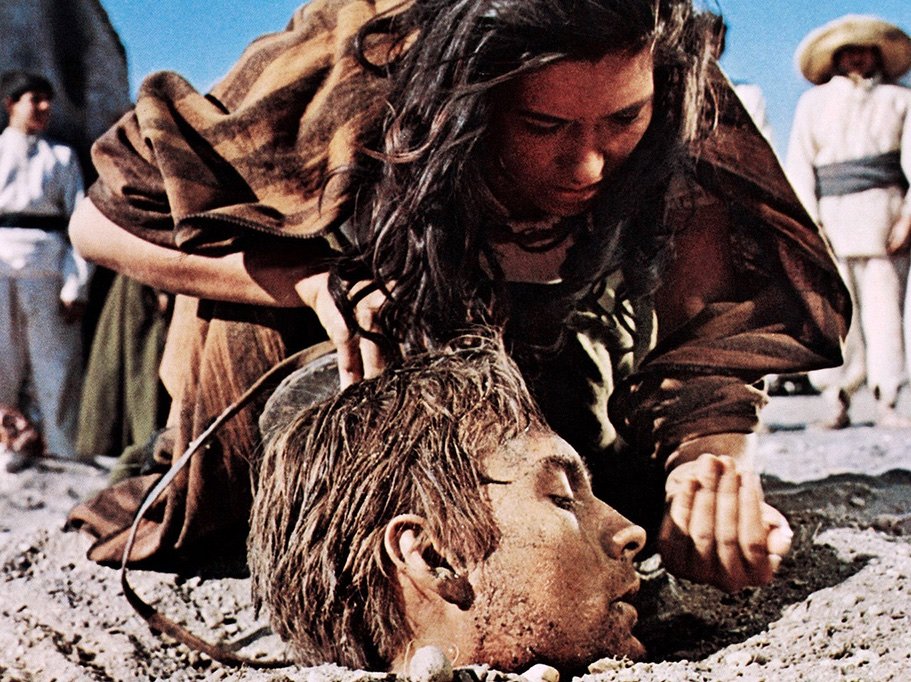 The king of spaghetti western actors has to be mean ’n’ moody Lee Van Cleef, who clocked up over a dozen of ’em in as many years. In his first after working for Leone, he plays an ex-outlaw who teams up with young gun John Phillip Law in a revenge bid against the gang who killed Law’s family.

With minimal dialogue and a trademark score from il maestro Morricone, journeyman director Giulio Petroni takes more than a page from Leone’s book, borrowing not only the Techniscope look of Leone’s films (cinematography by Carlo Carlini) but also the old gun/young gun mentorship motif of For a Few Dollars More (a theme to which Eastwood himself would return throughout his filmography). It’s also very bloody! 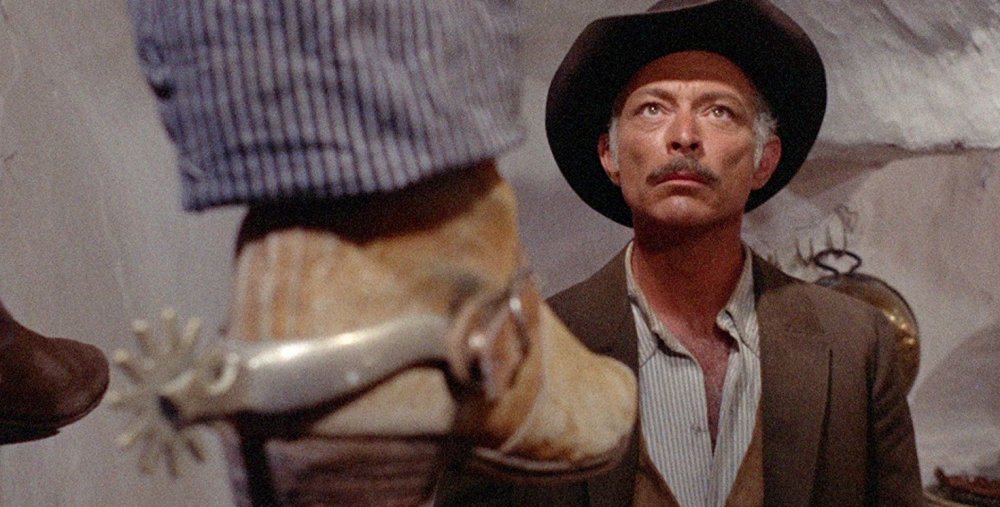 Van Cleef again, this time playing bad guy Frank Talby, an ageing gunfighter who shoots down a small-town sheriff in order to boost his reputation. Talby then has to face his own protégé (played by Giuliano Gemma) who was the sheriff’s best friend in days gone by.

Director Tonino Valerii, former assistant to Leone, largely forsakes the violence of most spaghetti westerns in favour of characterisation, with the focus on the mentor-antagonist relationship between Van Cleef and Gemma. Riz Ortolani’s jazz score provides an intriguing contrast to the ubiquitous Morricone. Released in two versions in the States, it was shortened to 82 minutes and retitled The Days of Wrath and Outlaw, but it’s the full 115-minute cut you need to see. Day of Anger was Valerii’s second spaghetti western (following Taste for Killing in 1966) and he would go on to collaborate with Leone once more on My Name Is Nobody (1973) – this time with Valerii directing from Leone’s story. 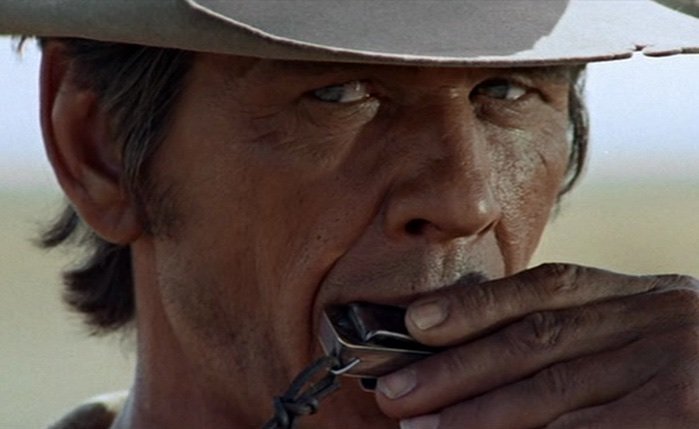 Leone’s masterpiece, and one of the greatest westerns ever filmed. Co-written by Dario Argento and Bernardo Bertolucci, Once upon a Time in the West is a paean to both the classicism of John Ford and the revisionism of Sam Peckinpah. With its elaborate puzzle narrative, formally brilliant set pieces and quintessential Morricone score, it’s by turn mythical and self-reflexive, poetic and enigmatic.

Epic in scale, it boasts fine performances by Henry Fonda as the blue-eyed killer dressed in black, Claudia Cardinale as the widow fighting for her land against railway developers, and Charles Bronson as the harmonica-tooting fast draw with a score to settle. But the real scene-stealer has to be Jason Robards, who, as the grizzled outlaw Cheyenne, gets many of the film’s best lines: “People like that have something inside… something to do with death.” Molto delizioso!

Restored in 4K in 2017 after an alternative happy ending had originally been imposed on the film by its producers, this revisionist spaghetti western was too much of a hot potato (or should that be boiling pasta?) for 20th Century-Fox, who never released it in the States (it finally appeared on DVD in 2001).

Jean-Louis Trintignant plays a mute gunman who joins a rural community in fighting bounty hunters. Set in Utah in mid-winter (although actually filmed in the Italian Dolomites) the snowbound location is just one of the film’s many transgressions against classic western film conventions. Corbucci is clearly on the side of the rebel town-folk, who are forced to become bandits just to survive, while Klaus Kinski is a sadistic bounty killer hired by the authorities to wipe out them out. Corbucci’s take on the genre is a bleak one, echoed in the snowy backdrop of this resolutely pessimistic tale. 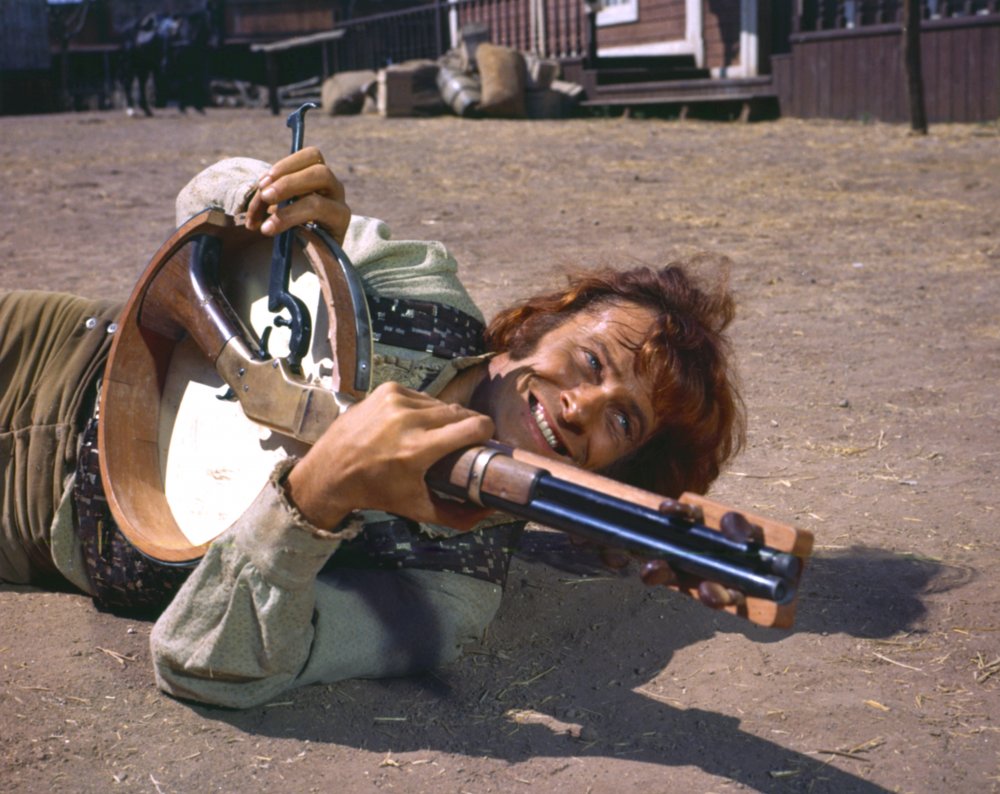 The first film in a trilogy by Gianfranco Parolini stars Lee Van Cleef as the titular gunfighter who thwarts an attempt by the leaders of a small Texas town to rob their own bank and use the money to buy land and sell it off to the railroad. Parolini largely eschews the usual spaghetti western tropes in favour of wildly over-the-top action and colourful characters. William Berger (no stranger to the spaghetti western) is the rival gunfighter, and comic spaghetti regular Pedro Sanchez (aka Ignazio Spalla) plays wise-cracking Mexican bandit, Carrincha.

Paving the way for the fagioli to come, Sabata is a fun, fast-moving romp with loud explosions and an arsenal of special weapons. Yul Brynner took over the title role in the first sequel, Adiós, Sabata (1970), while Van Cleef returned for the second, Return of Sabata, in 1971.  Numerous other unofficial entries in the Sabata series also appeared in the early 70s. 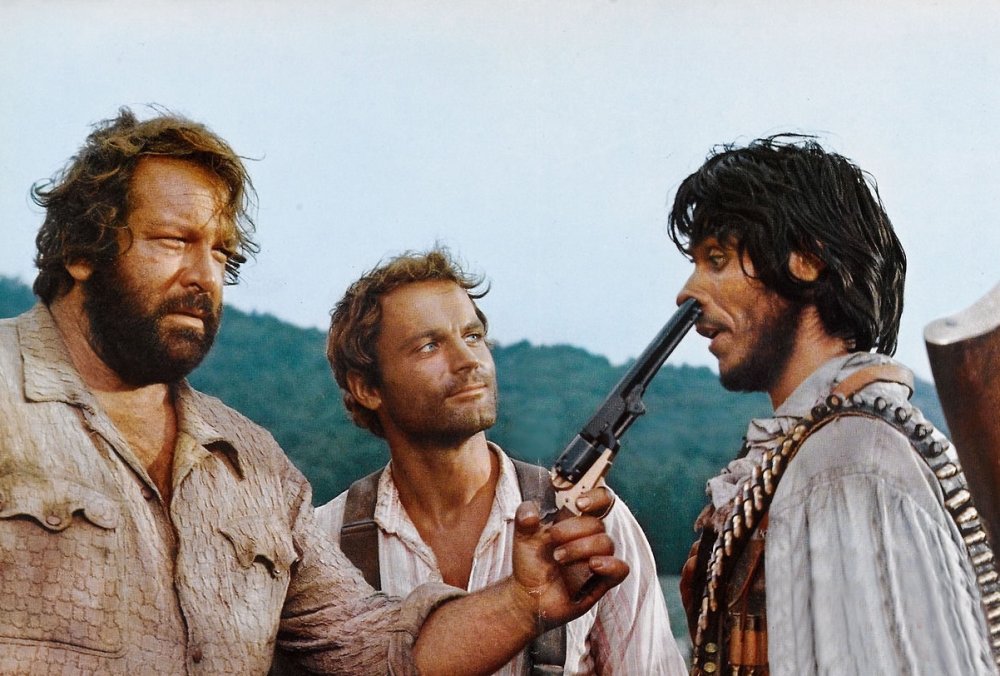 The first of the fagioli comedy-westerns stars blue-eyed heart throb Terence Hill (real name Mario Girotti) and former Olympic swimmer Bud Spencer (real name Carlo Pedersoli) as two brothers who come to the aid of Mormons facing a brutal land owner. What was originally intended as a straight western developed into pure slapstick in the hands of writer-director Enzo Barboni (who had been Corbucci’s cinematographer on Django).

A smash hit in Italy, it spawned an even more successful sequel in Trinity Is Still My Name (1971), which became the highest grossing spaghetti western ever made. The Hill-Spencer partnership would span numerous films in a variety of genres, including action adventure (All the Way Boys, 1972) and racing comedy (Watch Out, We’re Mad, 1974).