With ruthless assassin drama The Villainness arriving on BFI Player, we recommend 10 more action movies from South Korea that are sure to get the pulse racing. 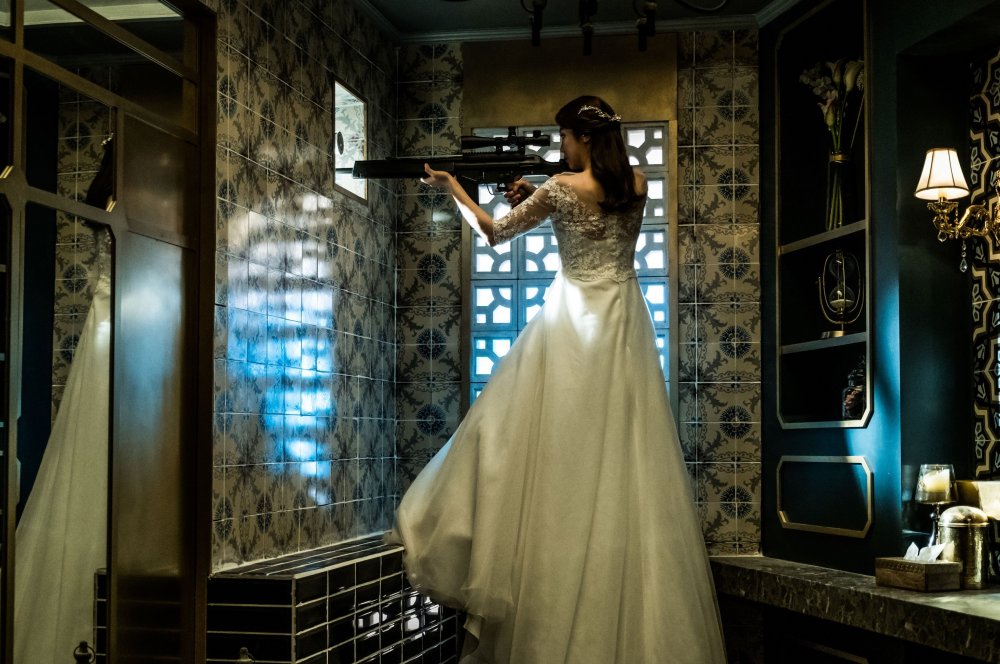 South Korea’s commercial cinema has developed at an unprecedented pace in recent decades, with the action genre at its creative forefront. Following the local blockbuster success of Kang Je-kyu’s pioneering Shiri (1999), then the most expensive film made in the country, innovative genre directors like Kim Jee-woon and Ryoo Seung-wan have become internationally regarded auteurs, while actors such as Won Bin and Gong Yoo have cemented their stardom by undertaking roles that are as emotionally searing as they are physically taxing.

The latest export is Jung Byung-gil’s relentlessly exciting The Villainess, in which top assassin Sook-hee (a ferocious Kim Ok-bin) becomes a sleeper agent for South Korea’s intelligence agency. Although its plot is hardly original, The Villainess is hard to beat as a purely visceral experience, with Jung delivering a run of vicious set pieces that mix bullets, knives and vehicular mayhem. He even masters the tricky first-person shooter format that has tripped up his Hollywood counterparts.

South Korea’s action films are certainly indebted to international influences – The Villainess pilfers from the 1970s female exploitation items churned out by Japanese studio Nikkatsu, as well as Luc Besson’s iconic thriller Nikita (1990). Yet they maintain a distinctive flavour that stems not only from cultural elements but from a taste for blending action with other genres, whether comedy, romance or even tear-jerking drama. Action has also proved to be a fertile ground for socio-political commentary, with dicey relations with North Korea underpinning Typhoon (2005), the surveillance state surveyed in Cold Eyes (2013), and class warfare at play in Veteran (2015).

Here are 10 cracking titles to bring you up to speed. 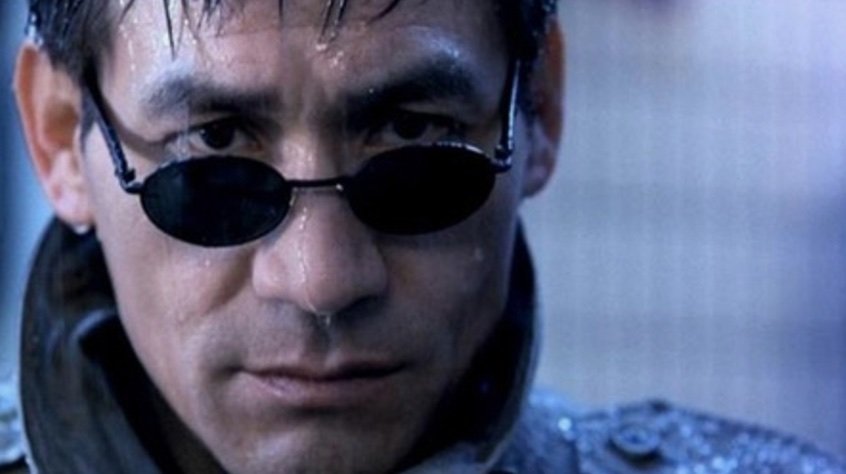 Today, South Korean cinema is synonymous with well-groomed protagonists in perfectly tailored suits, but in 1999 Nowhere to Hide offered Detective Woo (Park Joong-hoon), a hulking bull in a china shop. Woo over-compensates for what he lacks in decorum with sheer single-mindedness. Getting by more on guts than brains, he has incurred pay penalties for using excessive force to interrogate suspects, but is by no means a ‘bad cop’ – he just looks and occasionally behaves like one.

Over 72 days, Woo and his straight-laced partner, Detective Kim (Jang Dong-gun), pursue murderer Chang Sung-min (Ahn Sung-ki), building towards an ingenious fight sequence onboard a moving train, where the choreography comments on the challenges of staging a brawl in a narrow space full of obstructions. Lee Myung-se uses freeze frames, jump cuts, slow motion, a range of filters and eccentric soundtrack choices, often tipping his minimalist procedural into psychedelic territory. 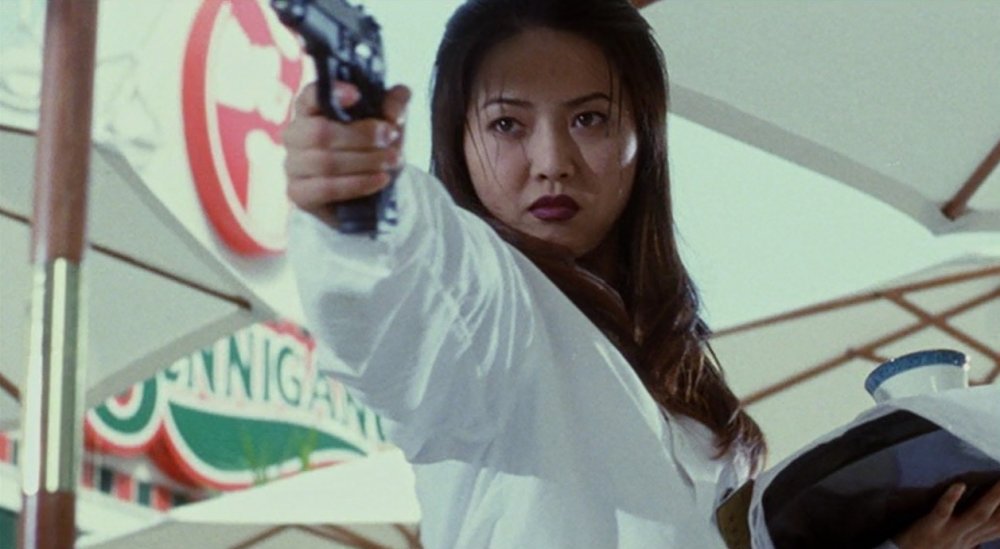 Throw in a female assassin who can take out government officials, and disappear without a trace, and you have the ingredients for a propulsive potboiler that is completely formulaic but no less enjoyable for it. The film sets out its political stall by having Park plan to detonate the bomb at a North/South soccer match intended to promote reunification, while a twist involving Ryu’s girlfriend Yi Myung-hyun (Yunjin Kim) signifies the region’s fractured identity. Although its technical achievements have since been surpassed, Shiri is still compulsive entertainment. 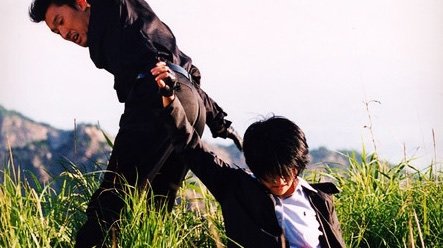 A prime example of South Korea’s practice of mixing genres, regardless of potentially conflicting tones, My Wife Is a Gangster does not so much blend action, comedy, drama and romance as flit between them. With the release of The Villainess, it’s worth seeing for Shin Eun-kyung’s star-making performance as crime-syndicate second-in-command Cha Eun-jin, otherwise known as “Mantis”. When Eun-jin’s dying sister makes her promise that she will get married, the hardened enforcer dispatches her henchman to find a suitable candidate and ends up with the clueless Kang Su-il (Park Sang-Myeon).

Around this amusing melodrama, a shadowy fight scene during a heavy downpour and a hillside duel illustrate the fearlessness that has made Eun-jin an underworld legend. Shin reprised the role for the 2003 sequel, while 2006’s in-name-only third instalment cast Shu Qi as the daughter of a Hong Kong triad boss in a bid for pan-Asian appeal. 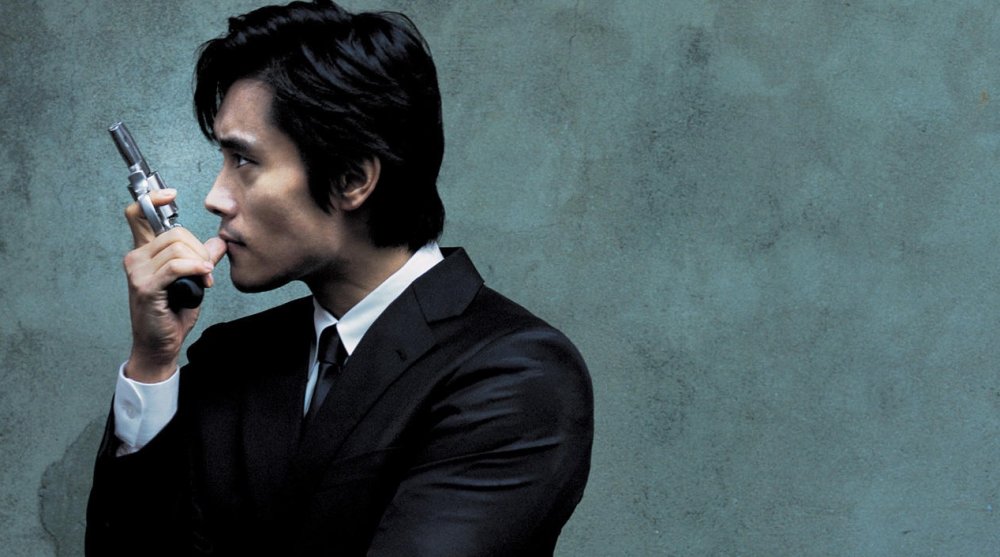 Kim Jee-woon’s stylish action noir concerns the existential malaise of Kim Sun-woo (Lee Byung-hun), a trusted enforcer for crime boss Kang (Kim Yeong-cheol). Sun-woo is content to serve until his heart is captured by his boss’s girlfriend, Huei-su (Kim Min-ah), a young cellist whose gentle playing provides him with a fleeting but profoundly affecting sense of a world not defined by pain. Weakness has consequences, though, and ignoring Kang’s instructions regarding another man in Huei-su’s life causes Kim to suddenly go from top dog to outcast.

A Bittersweet Life is a violent film that features a one-on-many fight scene to rival Oldboy (2003), yet it maintains a coolly detached tone even when Sun-woo seeks payback. It’s very much concerned with veneers, as indicated by its anti-hero’s fastidious attention to his appearance, and when brutality erupts, the gleaming surfaces of this beautifully designed underworld are shown to be just that. 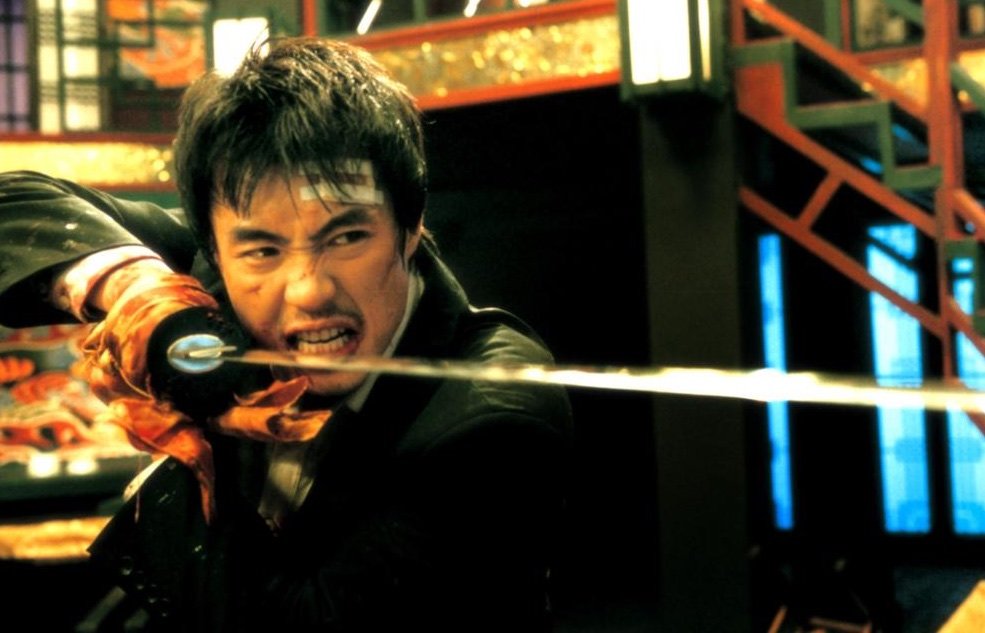 While even some of the most seemingly straightforward South Korean action films can veer off on tangents that infuriate the uninitiated, The City of Violence is the definition of lean and mean. Returning to his hometown following the murder of a childhood friend, Seoul cop Tae-su (Jeong Du-hong) teams up with short-tempered debt collector Seok-hwan (director Ryoo Seung-wan) to solve the case. They end up on a collision course with their old buddy, Pil-ho (Lee Beom-soo), who is now a local gangster with real estate ambitions.

The basic plot is a springboard for Ryoo’s commentary on the absurd pleasures of the action genre as the film’s dynamic duo battle through hordes of henchmen to avenge their slain ‘brother’. It culminates in a blood-splattered showdown at the villain’s fortress, but the highlight is Tae-Su and Seok-hwan’s tussle with a street gang, which grows in numbers as the sequence escalates. 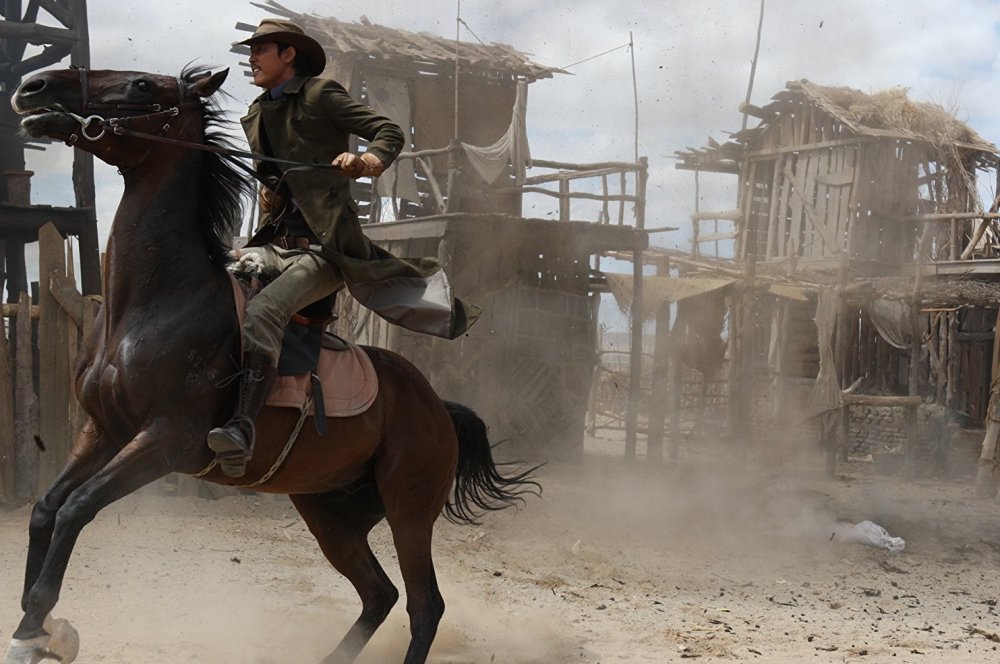 Manchuria, the 1930s. ‘The Good’ (Jung Woo-sung) is an upstanding bounty hunter in pursuit of ‘The Bad’ (Lee Byung-hun), a ruthless bandit, while ‘The Weird’ (Song Kang-ho) is an eccentric thief who steals a treasure map that has been targeted by ‘The Bad’. Chaos ensues as these distinct personalities clash while rushing across the arid landscape with Manchurian bandits and the Imperial Japanese Army in tow.

Revitalising the ‘Manchurian western’ subgenre of the 1960s and 1970s, while paying homage to the amoral universe of Sergio Leone, Kim Jee-woon has a blast staging a railroad explosion, a train robbery and a marketplace shootout. But he really pulls out all the stops for a madcap climactic chase that would make George Miller proud with its use of a motorcycle, horses and jeeps. Kim would return to the western with The Last Stand (2013), his contemporary-set Hollywood debut, starring Arnold Schwarzenegger. 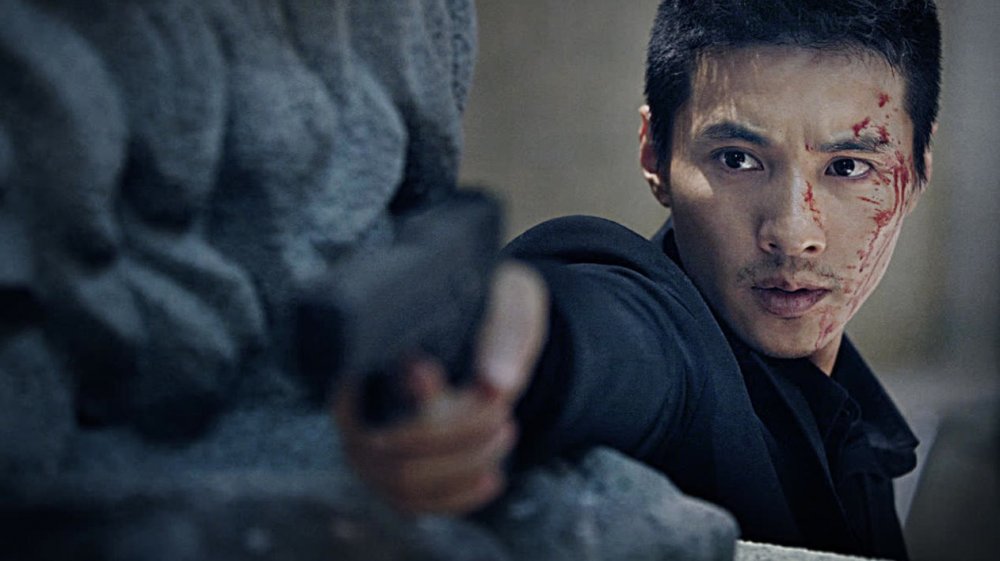 Pawnshop proprietor Cha Tae-sik (Won Bin) is a mysterious loner whose only friend, So-mi (Kim Sae-ron), is the little girl who lives next door. But when a crime syndicate kidnaps her, he unleashes a very particular set of skills. Although compared to Man on Fire (2004) and Taken (2008), The Man from Nowhere manages to be murkier than both by collating so many grim topics – child abuse, organ trafficking, drug addiction – that it should be impossible to take.

However, Lee Jeong-beom draws the audience in with a slow burn first act that establishes this merciless milieu as the stage for a redemptive mission. It’s anchored by a career-redefining performance from the stoic Won who moves with stealthy purpose throughout. Whether disarming knife-wielding henchmen or giving himself a buzz cut in anticipation of the final showdown, his deeply wounded lone wolf is one of recent action cinema’s most charismatic avengers. 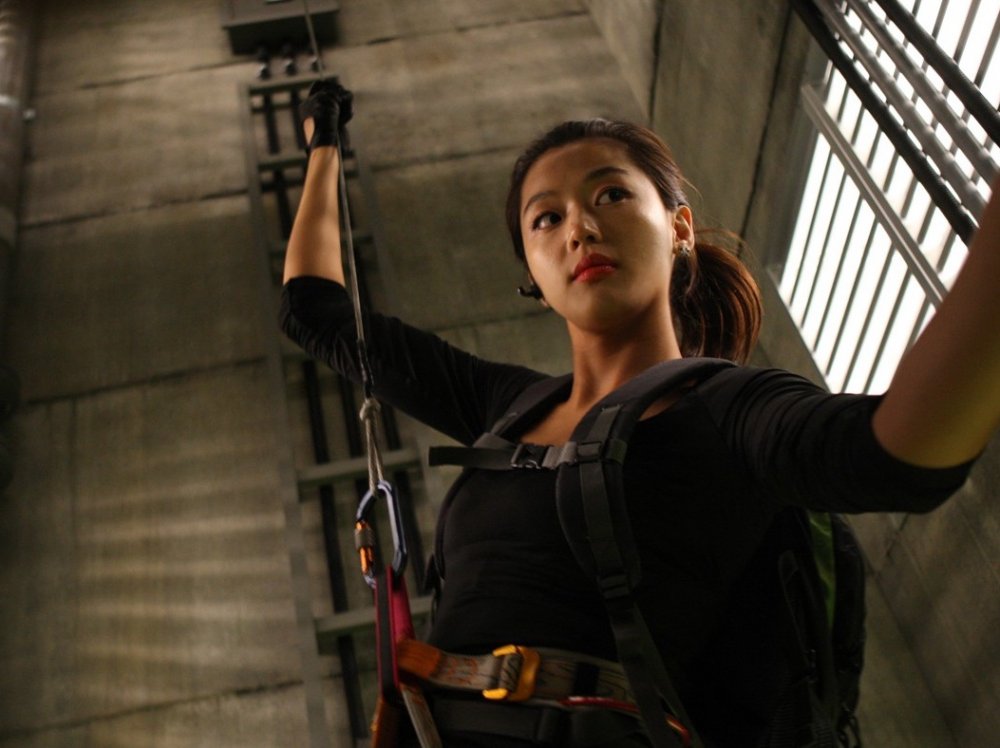 Often descried as South Korea’s answer to Steven Soderbergh’s blockbuster caper Ocean’s Eleven (2011), Choi Dong-hoon’s splashy crowd-pleaser owes just as much to John Woo’s Once a Thief (1991) with its blend of humour, romance and increasingly audacious stunts. An all-star affair that somehow finds something for every one of its cast – including Gianna Jun, Lee Jung-jae and Hong Kong connection Simon Yam – The Thieves has a team of scam artists recruited by mastermind Macau Park (Kim Yeon-seok) to steal a diamond worth over $20m.

Although the film seeks to please with travelogue friendly locations in Seoul, Hong Kong and Macau, its chief pleasure is some expertly executed wirework with Park scaling a building under heavy gunfire. Choi competes with Steven Soderbergh in terms of visual panache, but also emotionally bolsters his glamorous caper through flashbacks that elaborate on the complicated history shared by these career criminals. 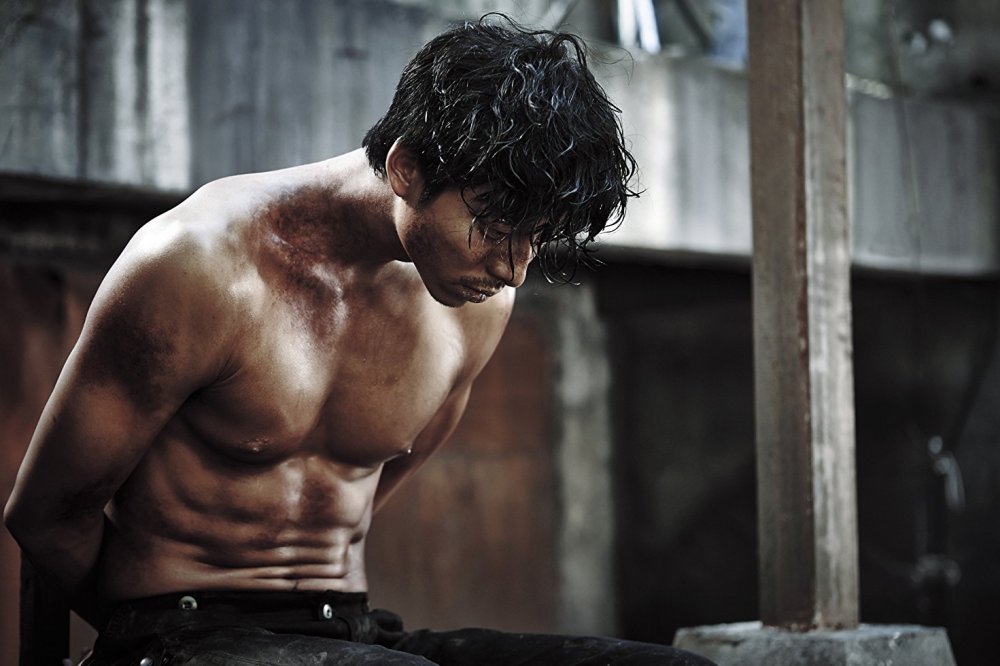 Following the bloodied trail blazed by Won Bin, heartthrob Gong Yoo reinvents himself as a rugged action hero who is at once formidably skilled and wracked with grief. He plays former North Korean special forces operative Ji Dong-chul, who, after defecting over the murders of his wife and daughter, works as a chauffeur in Seoul. However, he finds himself back in the thick of it when his boss is assassinated and he is put in the frame.

The Suspect is obviously influenced by the Jason Bourne series with its cold cinematography and shaky-cam coverage of the rapidly escalating mayhem, which ranges from close combat to a destructive car chase through the city’s back streets. Furthermore, it’s mostly constructed as a breathless chase, with exposition dumps delivered while cutting across multiple locations. Yet whenever the film borders on the impersonal, a ravaged emotional core penetrates its slickly professional surface. 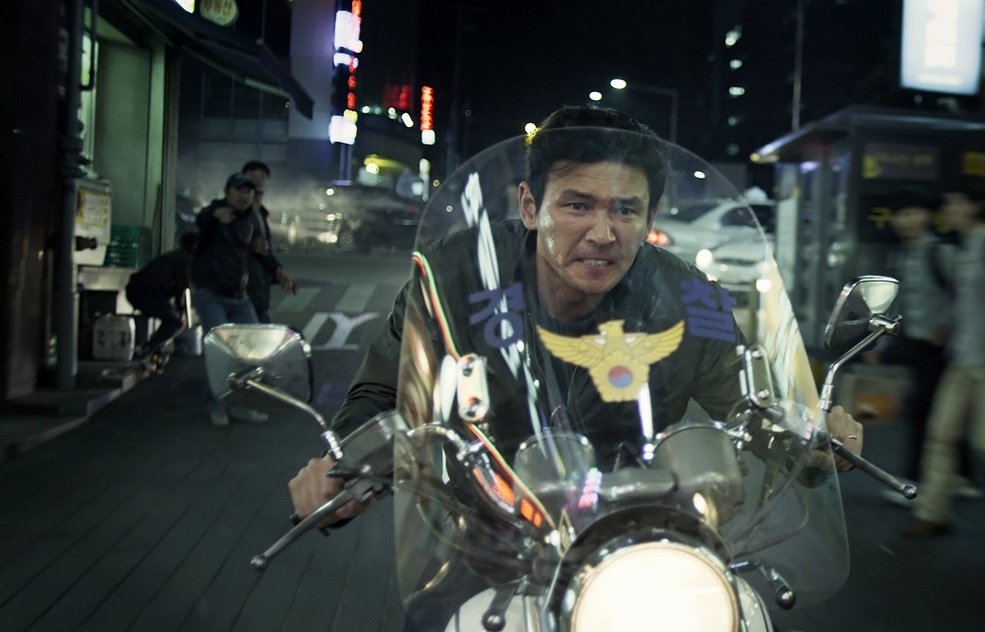 From the opening sequence, in which resourceful police inspector Seo Do-cheol (Hwang Jung-min) and his equally capable partner Bong (Jang Yoon-ju) pose as obnoxiously wealthy types to bust a Russian car smuggling ring, with Blondie’s ‘Heart of Glass’ pulsating on the soundtrack, Veteran exudes the supremely confident swagger that is the hallmark of Ryoo Seung-wan’s pulp cinema.

Inspired by Lethal Weapon (1987), it’s a punchy 1980s throwback featuring the kind of ballsy hero who remains true to the principles of justice while utilising unorthodox methods to nail his quarry. In this case, the villain is Tae-oh (Yoo Ah-in), the arrogant heir to a powerful conglomerate. The hero is as much class warrior as law enforcer, with his unabashed zeal for taking down corrupt higher-ups who abuse money and connections reaching its zenith when a motorcycle-riding Do-cheol pursues Tae-oh’s car through an upscale Seoul shopping district.