Epic cinema was born in the silent era, when pioneering filmmakers dreamed big and recreated episodes from history and the Bible on a gargantuan scale. Lo and behold these 10 showstoppers. 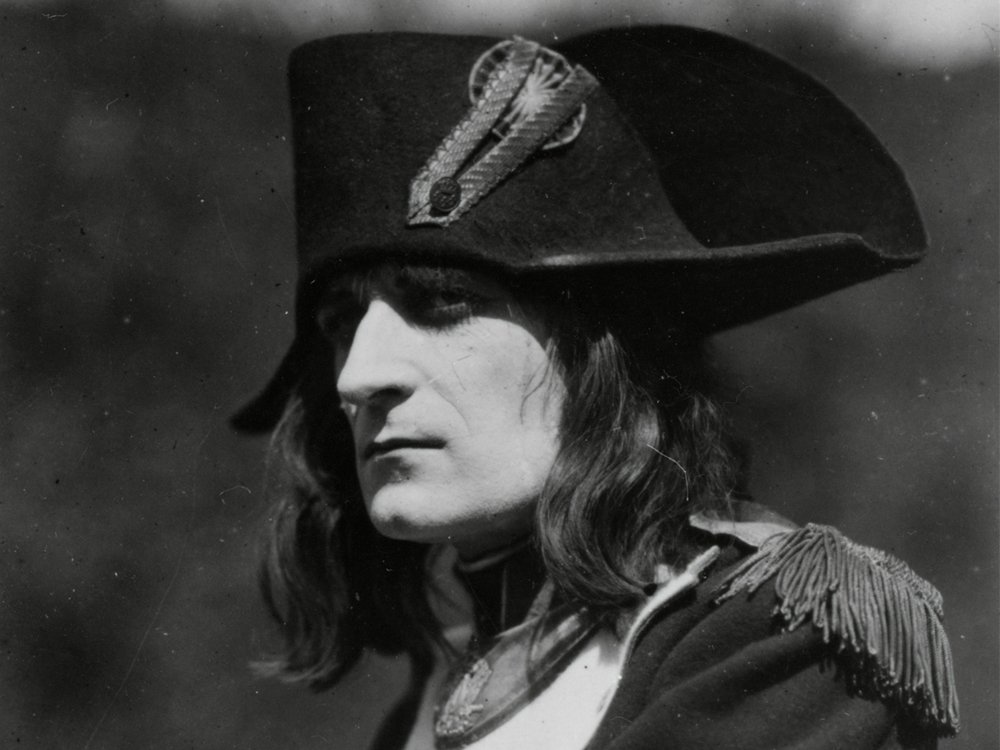 The recent re-release of Napoleon, Abel Gance’s awe-inspiring 1927 biopic, puts most other films in the shade. Few films can boast its giant scale, monumental themes and bold sweep through history, let alone its technical innovations and high-pitched drama.

Many viewers may find it hard to believe that this film, which runs for an impressive five and a half hours in the present restoration, was made in the silent era. But while the movies started out small, it wasn’t long before filmmakers developed big ideas and grand ambitions. The silent era can boast some of the most memorable epic films ever made.

The epic was born when the cinema was barely in its teens. In 1907, the first, unofficial, and rather cheap, film adaptation of Ben-Hur was produced by the American Kalem Company. At 15 minutes long, it couldn’t hope to reach the same narrative dimensions as the novel, but it did rustle up a chariot race, filmed on a New Jersey beach.

In 1914, D.W. Griffith created a proper American epic when he directed Judith of Bethulia, a biblical tale starring Blanche Sweet and Henry B. Walthall. At an hour long, the film felt seriously substantial, and the US reviewers were hugely impressed, with Motion Picture World calling it a “fascinating work of high artistry”.

However, the Italian film industry beat Griffith to the mark, with the two-hour-long Quo Vadis?, released in 1913. This story of Emperor Nero’s tyranny was written and directed by Enrico Guazzoni and can stake full claim to being a blockbuster, with 5,000 extras milling about some stunning, and vast, sets. 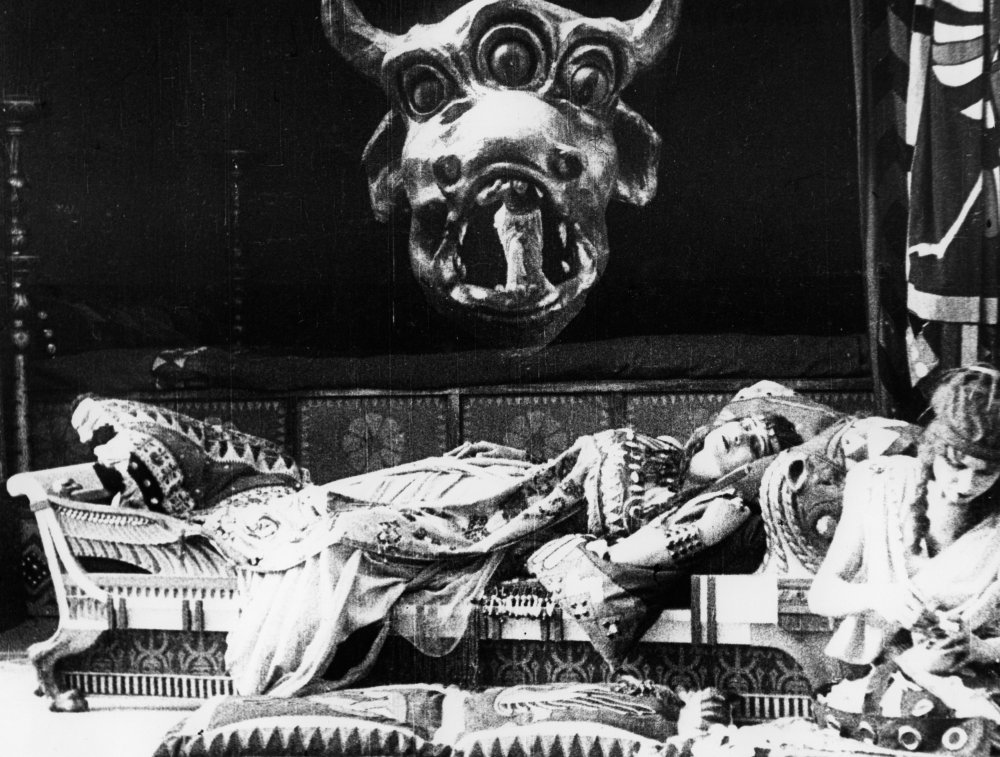 Even Quo Vadis? was overshadowed the following year though, with Giovanni Pastrone’s stunning Cabiria, a film running for more than three hours and featuring such memorable scenes as Mount Etna erupting, Hannibal’s trek across the alps, Archimedes harnessing the sun’s rays and the fall of Carthage to the Romans, as well as the gruesome sacrifice of infant children to the god Moloch (an image that Fritz Lang paid tribute to in Metropolis).

The film revolves around the story of one young girl, Cabiria, a kidnapped princess who becomes a slave. It’s a truly big film, bustling with an excess of characters and action, which in places feels remarkably modern, not least because of its generous use of a moving camera, including some effective tracking shots. With Cabiria, according to experts including Martin Scorsese, Pastrone truly invented the epic film. It also made a star of an Italian dockworker called Bartolomeo Pagano, who starred in a subsequent series of films as his mighty Cabiria character Maciste. 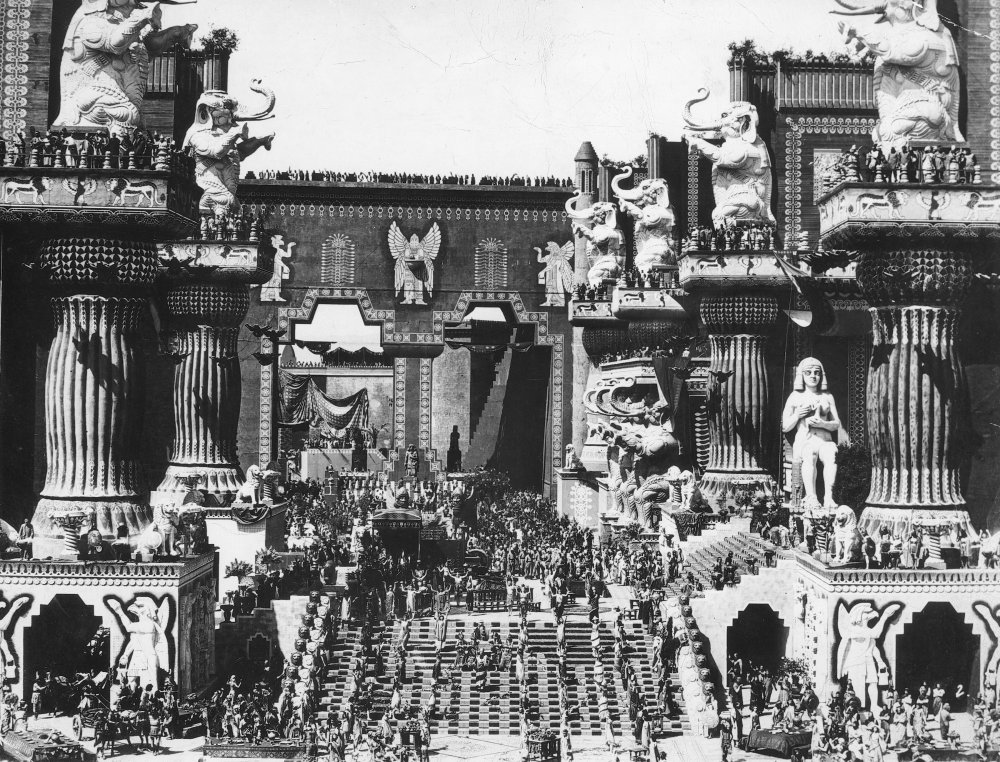 For Griffith, the epic was an enduring interest, with many of his films living up to that billing, from his notorious The Birth of a Nation (1915) to the lush melodrama Orphans of the Storm (1921), set during the French Revolution. But Intolerance is the quintessential Griffith epic: weaving together four stories from different time periods, and culminating in a race-to-the-rescue, with the tension increased by the director’s famous use of cross-cutting. The stories, set in modern America, Biblical Judea, 16th-century France and the Babylonian Empire are linked by Lillian Gish playing a representation of eternal motherhood, and sharpened by brisk intertitles courtesy of Anita Loos.

Griffith had seen Cabiria and wanted to create something even more spectacular. Pastrone’s influence can be seen in the enhanced scale of the American director’s sets, including the towering Great Wall of Babylon. The film cost an astronomical sum (possibly around $2.5m to make), much of which Griffith contributed himself. However, Intolerance’s feeble performance at the box office contributed both to his future financial troubles and to the rapid decline of his studio, Triangle.

The Four Horsemen of the Apocalypse (1921) 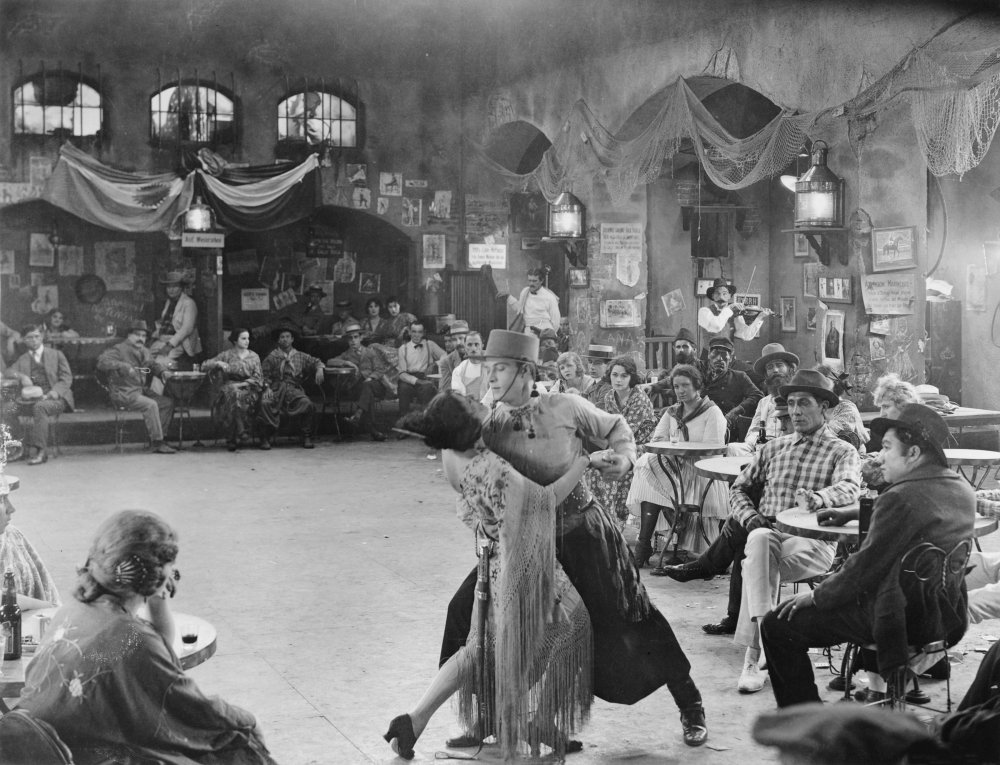 Rex Ingram’s powerful anti-war film made a star out of its sexy leading man, Rudolph Valentino, and elevated June Mathis, the screenwriter who championed him, to a platform of power in the industry. Her name will recur in the story of the silent epic. It also launched the career of director Ingram in earnest. He had aimed high with this film, an adaptation of a hit Spanish novel about the First World War, intending “to picture not only the dramatic action, but to give it some of the merit of art”.

Best remembered now for the star-making tango sequence near the beginning, this intergenerational, cross-continental story held powerful resonances for audiences when it was released just three years after the end of the war. The enthusiasm of critics and the public guaranteed it a box office return, and prompted a run of Hollywood epics, including similarly bold war films such as The Big Parade (1925) and Wings (1927). 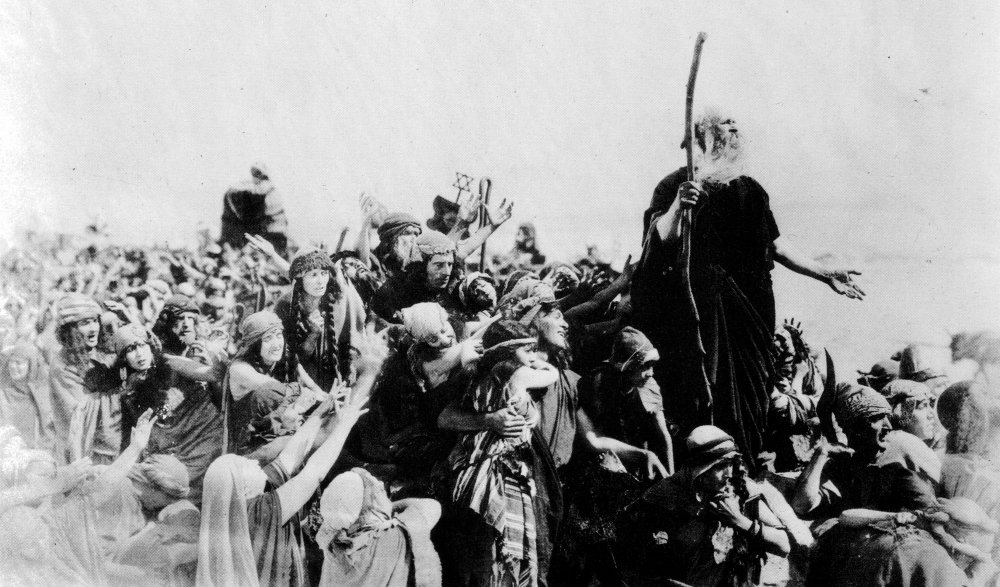 Cecil B. DeMille was every bit as comfortable in the epic mode as Griffith. His 1923 film is not quite the biblical tale that the title advertises, though. Moses and his stone tablet feature in a 50-minute prologue using two-strip Technicolor, which contains scenes of the exodus of the Jews and the parting of the Red Sea. The remaining hour and a half of the film, however, is a contemporary story, a modern-day morality tale, in which the commandments are tested. Richard Dix and Rod La Rocque play brothers, one a devout carpenter who has absorbed his mother’s scriptural teachings and the other a corrupt businessman who precipitates a terrible accident when he builds a church with weak foundations.

DeMille had mixed ancient and modern before in lighter, secular fare such as Male and Female (1919). Audiences loved The Ten Commandments, and DeMille followed it with two more biblical films (The King of Kings, 1927 and The Sign of the Cross, 1932), creating his own Christian trilogy. 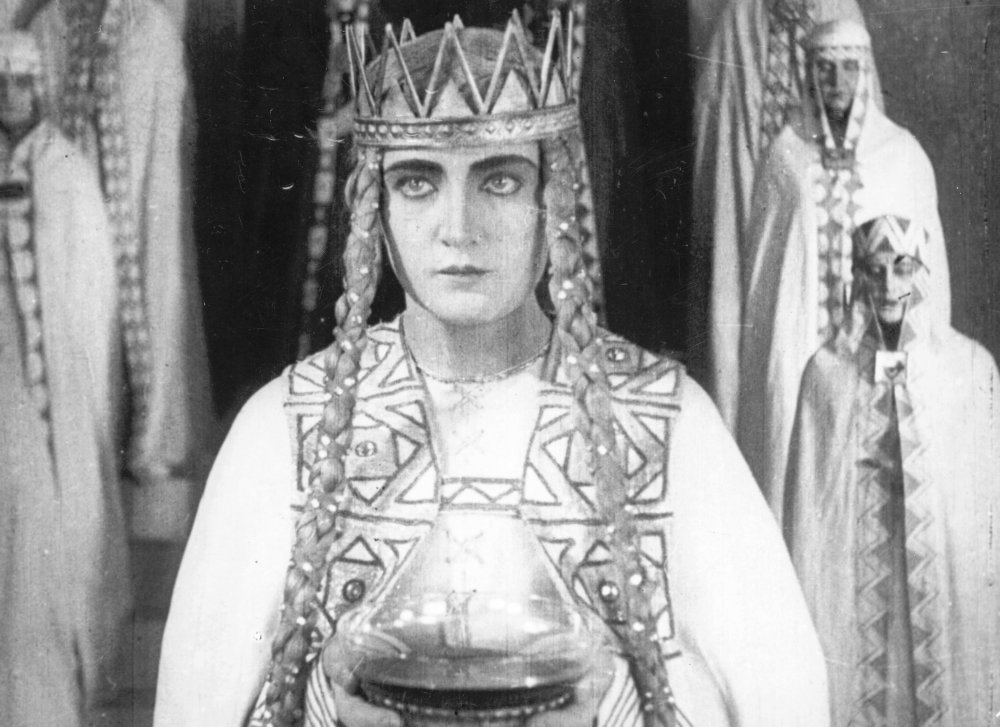 Some stories are so colossal that only a Wagner opera or a Fritz Lang epic will do them justice in adaptation. Two films, each weighing in at well over two hours each make up Die Nibelungen: Siegfried and Kriemhild’s Revenge. Thea von Harbou crafted the epic poem into a monumental screenplay, and her husband Lang directed with geometric precision and elaborate scope, allowing a certain theatricality to reflect the chivalric subject.

It’s a tumultuous, violent story, with space for some affecting scenes of grief and sorrow too. The special effects, including a dragon and some supernatural superimpositions are neatly achieved, but it’s the palace conflagration at the end that steals the show. That this magnificent adventure can be seen as a hymn to German nationhood is troubling in hindsight, but its lasting influence is on the spectacles and heroic quests of contemporary fantasy cinema. 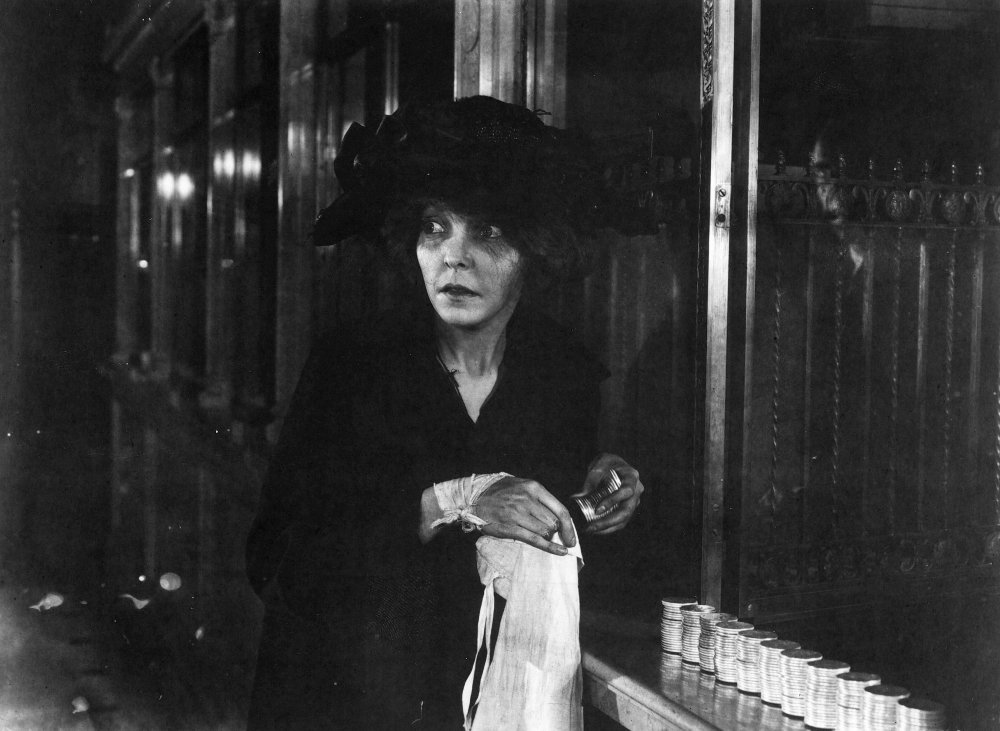 No Biblical or classical settings here, but simply a nauseating investigation into human frailty. Erich von Stroheim claimed that the original cut of his adaptation of Frank Norris’s brilliant novel McTeague was formed of 47 reels. That’s about nine and a half hours of running time. Samuel Goldwyn had June Mathis trim it to a brisk 10 reels, but you can now watch a restoration that is nearer to four hours in length. It’s brilliantly shot, and the lure of filthy lucre is symbolised by an eerie gold glow effect.

Even cut down, it’s a searing work, with crushing performances from Gibson Gowland and ZaSu Pitts as McTeague and Trina, a couple torn apart by avarice. Jean Hersholt co-stars as the friend who becomes McTeague’s worst enemy, and the final scene in which they are shackled together in the desert, trapped by their own worst impulses, is unforgettable. 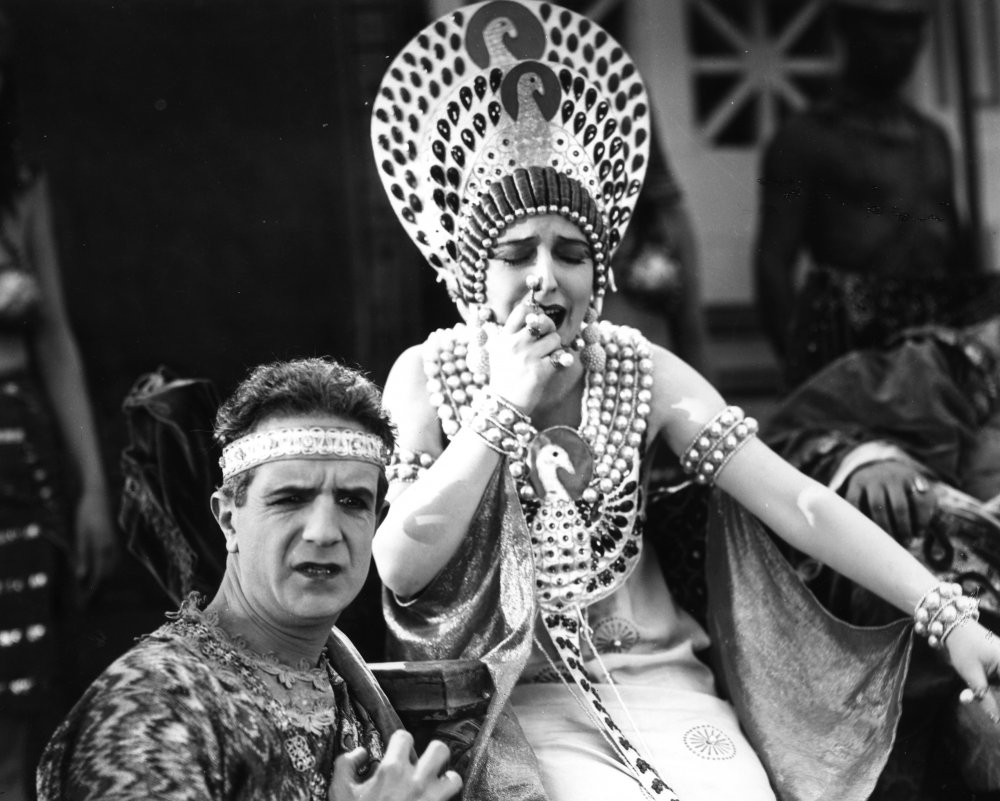 The first official Ben-Hur film was one of the most famously troubled Hollywood shoots of all time, switching filming locations, directors and even stars mid-production. Ramon Novarro played the title role, June Mathis adapted the Lew Wallace novel into a blockbuster screenplay, and Fred Niblo was the last director standing. One assistant director was William Wyler, who shot his own epic Ben-Hur in 1959.

The chariot race is a genuine highlight, which film historian Kevin Brownlow contends should be given the same importance as the Odessa Steps in Battleship Potemkin (1925). According to Hollywood lore, many of the era’s biggest stars, from Mary Pickford to Harold Lloyd swell the numbers in the amphitheatre. The sea battle is just as epic though, and the most spectacular effect is the two-strip Technicolor used for the scenes with Jesus. While Ben-Hur was well received by critics and audiences, it failed to turn a profit for MGM, which had spent heavily on the production and the rights to the novel. 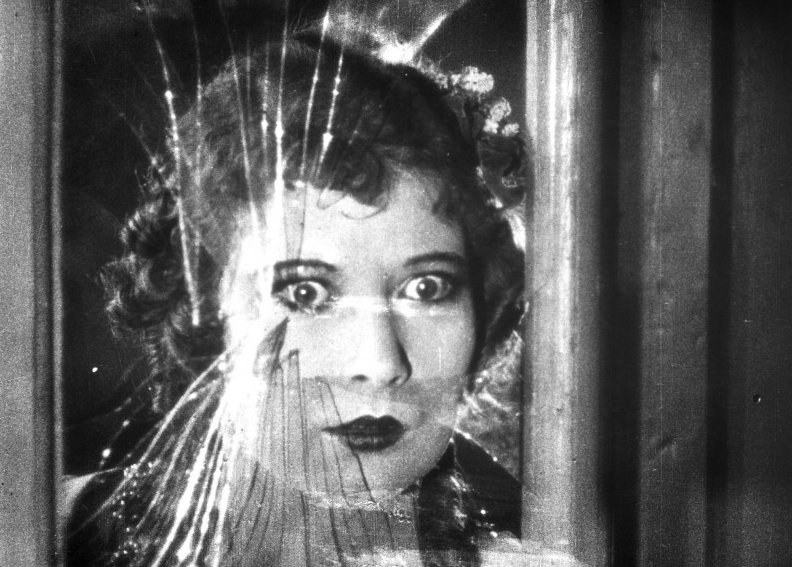 Political revolution takes its place alongside classic and Bible stories as a staple of the epic film. The uprising against the Russians in late 18th-century Polish Lithuania is the setting for The Chess Player, Raymond Bernard’s ingenious French drama that uses as its basis a controversial invention by a Hungarian engineer called Wolfgang von Kempelen.

Kempelen invented a prototype chess computer, which appeared to be an ingenious automaton capable of defeating even the sharpest opponents. In reality a chess grandmaster was concealed in the cabinet, figuring out the moves the old-fashioned way. In the film, the machine is used to smuggle a Polish revolutionary to Germany. It’s a sumptuous, pictorial movie, with the largest of its sets, Catherine the Great’s Winter Palace, taking up 5,000 square metres of studio real estate. The Chess Player was beautifully restored in 1990, along with its orchestral score by Henri Rabaud. 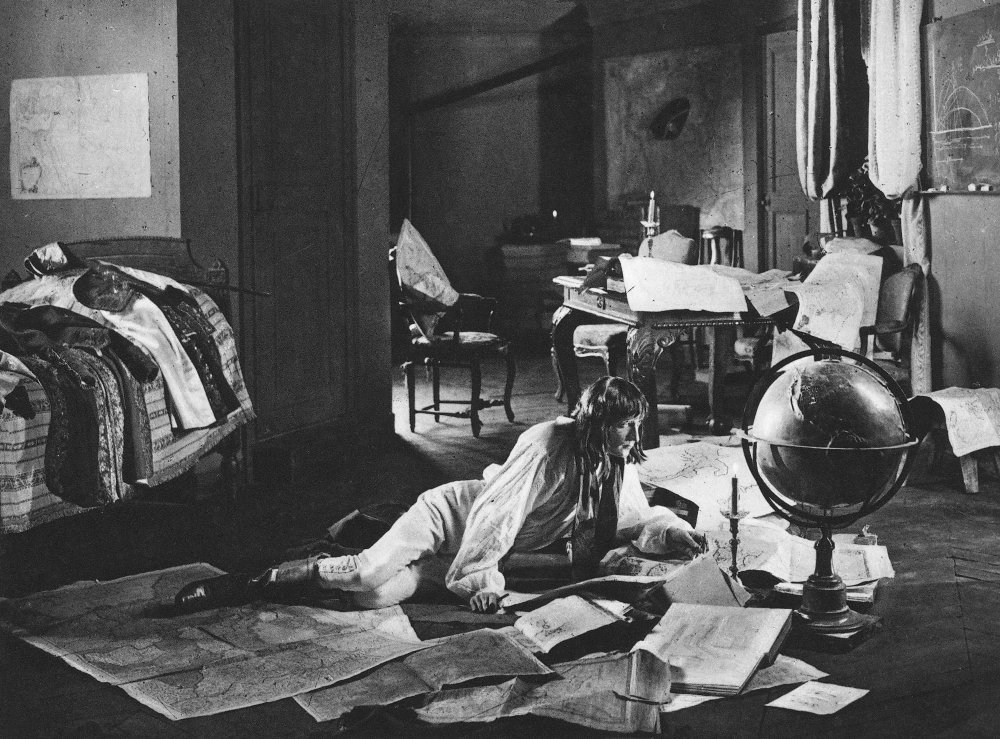 Abel Gance had made big films before, the haunting anti-war movie J’accuse (1919) and the railway-set melodrama La Roue (1923), but nothing could touch the size of his plans for Napoleon.

We may not have the full film still, as scenes including the graphic execution of prisoners after Toulon remain missing. But what we do have is a majestic statement of directorial ambition and patriotic sentiment, expressed with unrelenting cinematic creativity, fluidity and technical accomplishment. The experience of watching this film, especially when it bursts out of its own frame into widescreen tricolour “Polyvision” is a momentous one. Further, it reveals the true purpose of the epic form: the desire to communicate to the audience a history, and a passion, too big for conventional cinema. 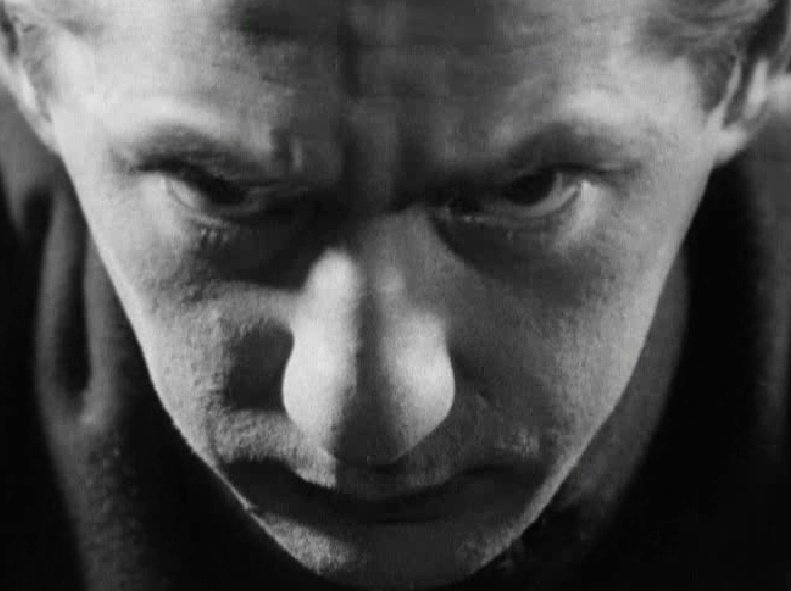 Sergei Eisenstein’s October is an epic with a purpose, an anniversary celebration of the 1917 insurgency, charged with renewing the revolutionary spirit. It’s an enthralling, violent spectacle, and not exactly what the Soviet authorities had in mind. Eisenstein, who had used the film to further explore his theories of “intellectual montage” was accused of bringing too much “formalism” to the exercise. Added to which, he was asked to remove all references to Leon Trotsky, who had recently fallen foul of Joseph Stalin.

It’s a masterpiece of righteous action cinema, running to nearly three hours in the latest restoration, with sequences so exciting they could transcend politics, if needed. The “raising of the bridge” scene near the beginning of the film is brutal, with its martyred white horse hanging over the Neva river, the flash cuts signifying cannon fire, and the cross-cuts to the venal bourgeoisie attacking a man with umbrellas.