Thunder Road began life as a short film before being expanded to feature-length by director Jim Cummings. As it hits UK cinemas, we picked out 10 celluloid acorns that grew into cinematic oaks. 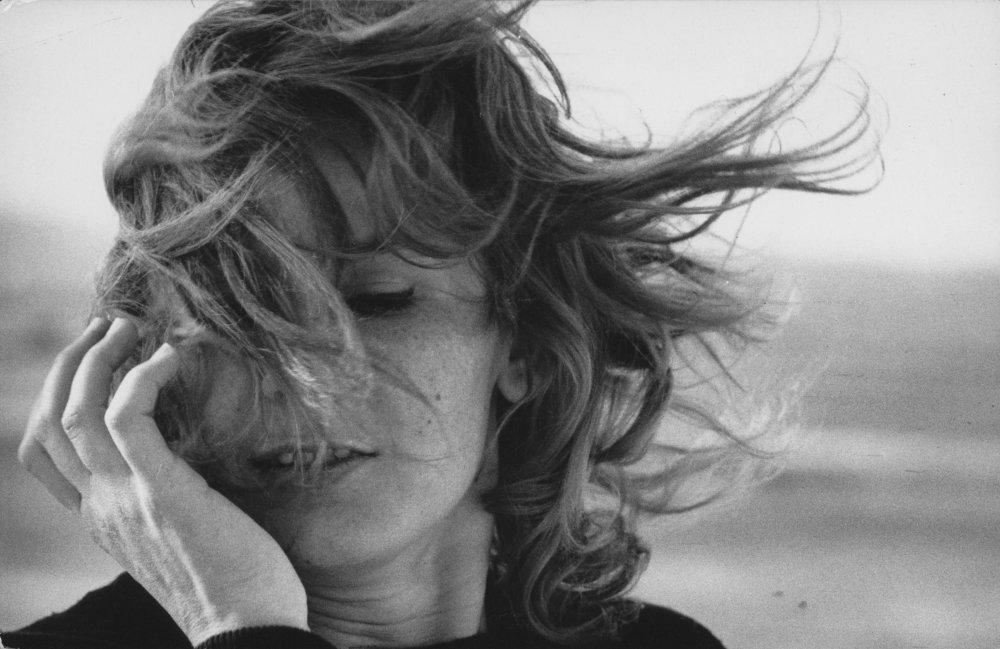 Short films have long occupied a curious place within the wider cinematic medium – often denigrated as less satisfying than their longer counterparts, they nevertheless hark back to the origins of cinema, when all films lasted a few minutes at most. Later, shorts were enjoyed in cinemas as a prelude to main features, but more recently they have mostly been consigned to festivals, art galleries and online streaming platforms, where the medium continues to thrive.

For filmmakers, short films offer tantalising possibilities: a chance to experiment, practise and display their talent through a (relatively) low-cost production. Beyond this, the compact runtime allows an avoidance of the narrative complexity needed to sustain a feature – for some topics, concision and brevity are advantages. As such, it’s no surprise that so many filmmakers are drawn to making shorts.

Shorts, of course, also offer a way to ‘prove’ concepts and test audience responses. Furthermore, they can lead to awards which validate a property, helping to kick-start production on a feature-length version – a practice which seems to have become even more prevalent in recent years.

Such was the case with Jim Cummings’ superb comedy-drama Thunder Road. Following the downward spiral of a police officer as he navigates a divorce while grieving for his recently deceased mother, the film’s opening scene recreates Cummings’ 2016 Sundance Grand Jury Prize winning short of the same name.

With Thunder Road about to open in UK cinemas, we look at 10 more great features which were preceded by shorts. 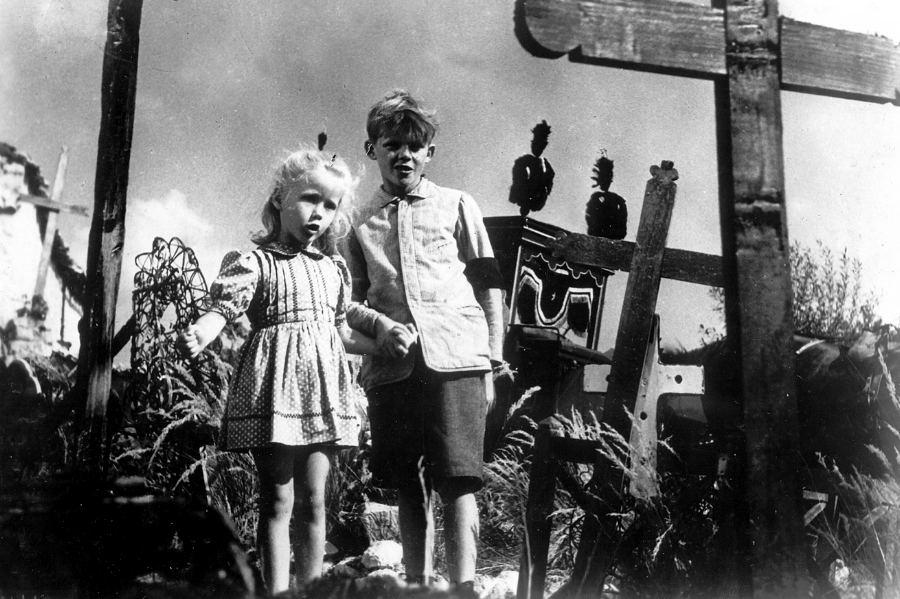 An unmade screenplay which became a novel that was, in turn, adapted for the screen, Forbidden Games started life as a short film intended to be the middle part of a portmanteau feature. When funding fell through, the other sections were abandoned, and Clément expanded his material into a full-length film. Perhaps as a result of its compacted origins, Forbidden Games tells a relatively simple story: when the parents of five-year-old Paulette (Brigitte Fossey) are killed during the June 1940 Nazi blitzkrieg of Paris, the young girl finds shelter in the rural home of Michel (Georges Poujouly). Unable to fully process the tragedy of the war, the two children create a graveyard for dead animals, beginning with Paulette’s own dog.

Despite the potentially bleak subject matter, Forbidden Games is not without humour, and Clément’s realist approach imbues it with great emotional depth, while never letting it stray into sentiment. 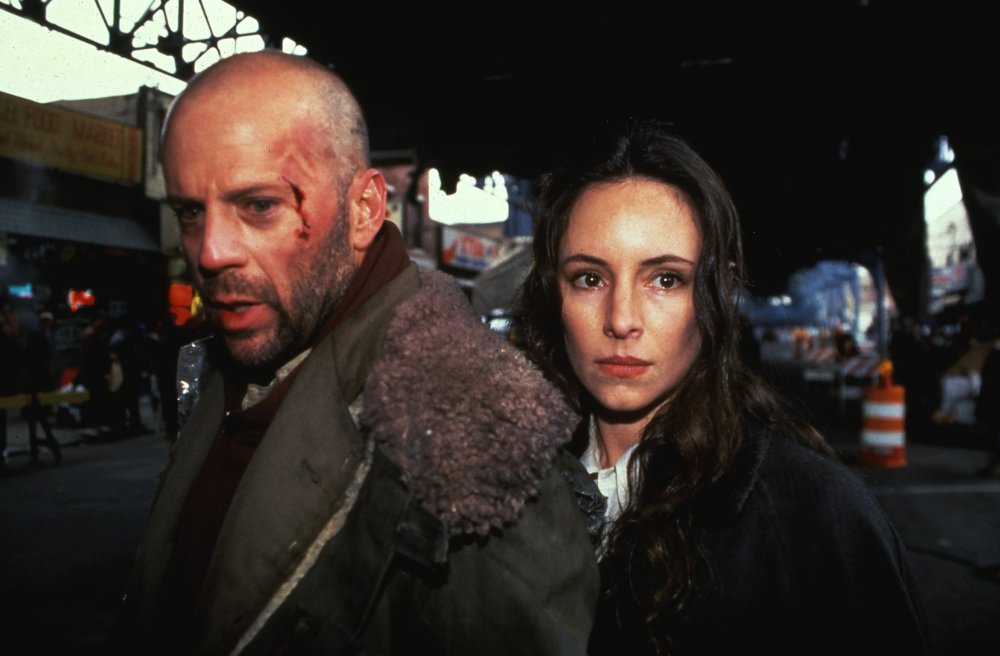 Although the opening titles of Twelve Monkeys credit La Jetée as its inspiration, Gilliam claims that he hadn’t seen the original film when making his own. Whether true or not, it’s certainly the case that the two versions take a strikingly different approach to the same scenario: in the future, the population of mankind has been decimated, and the few survivors have been driven underground. There, scientists send ‘volunteers’ through time, not to change the past but to find help for their present predicament.

Famously, Marker’s short is made up almost entirely from still photographs, whereas Gilliam’s feature is kinetic and manic, all wide-angle lenses and in-your-face stylistics – the exact opposite of Marker’s cerebral, romantic restraint. But for all their differences, both films prove effective in crafting intelligent, engaging narratives – so much so that they spawned the TV series 12 Monkeys, which ran from 2015–2018. 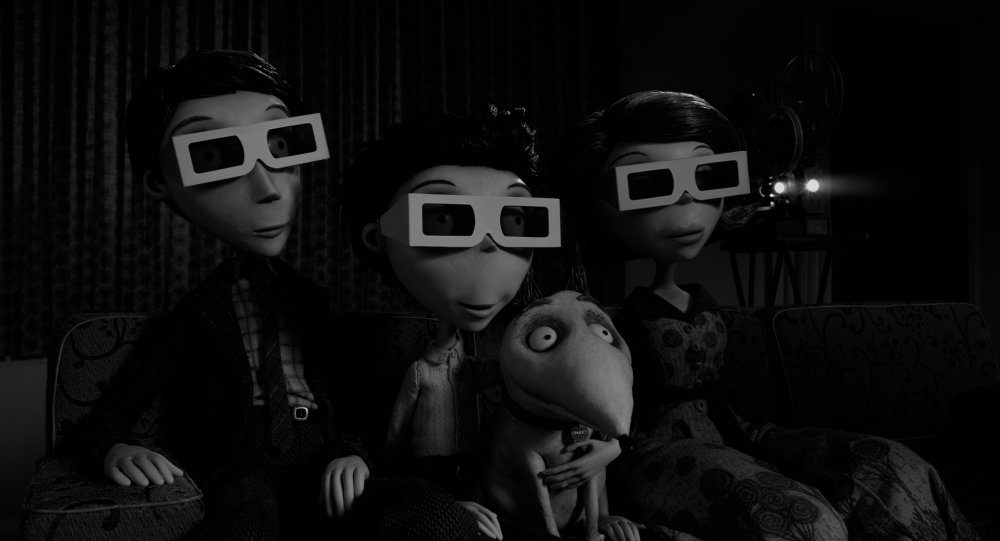 How times change. When Burton made the original live action Frankenweenie in the early 1980s, he was a fledgling employee in Walt Disney Productions’ animation department. The company was so distressed by the resulting film, a comedy horror about a young boy who reanimates the lifeless corpse of his run-over pet dog, that they swiftly fired Burton: the film, they claimed, was too disturbing for their target audience. Yet, almost 30 years later, Disney saw fit to release a blockbuster, 3D stop-motion feature-length animation based on the original short – perhaps because the passing years have altered our sense of what’s appropriate for children, or perhaps because Burton’s gothic visions have sufficiently entered the public consciousness that the darkness has become passé. Either way, the feature was an unqualified success, scoring a host of awards and nominations, including nods from both the BAFTAs and the Oscars. 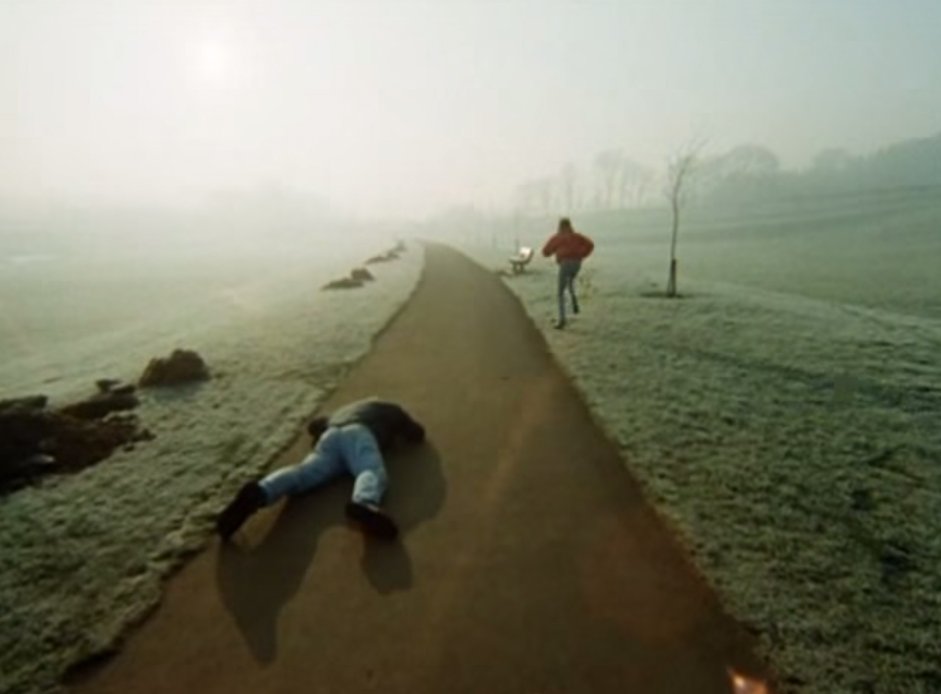 For his exploration into gun violence and high-school shootings, made as a response to the Columbine massacre, Van Sant borrowed more than just the title of Clarke’s brutal condemnation of the carnage that erupted in Northern Ireland during the Troubles. Comprised of 18 vicious murders inspired, like Van Sant’s narrative, by real life events, Clarke’s film sucker-punches its viewers into submission: the insistent string of murders highlights the act of killing, thereby forcing a reaction and making it impossible to ignore the elephant in the room – the societal violence exploding all around us. Filmed in fluid Steadicam shots, with minimal dialogue and a lack of overall context for the killers and their killings, Clarke’s film also inspired many of Van Sant’s aesthetic choices. 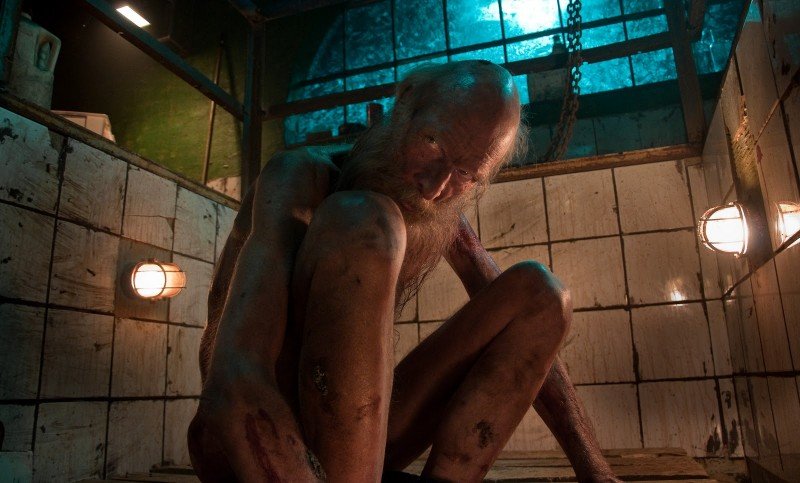 One of the more unusual festive films of recent years, Rare Exports: A Christmas Tale deftly mixes horror and humour in a tale featuring slaughtered reindeer, disappearing children and a mysterious secret buried 500 metres beneath the Korvatunturi mountains. Drawing on the pagan tradition of Joulupukki (aka the Yule Goat), the film posits an alternative, demonic origin for the Santa Claus that we all know and love.

In many ways, the feature film also serves as an origin – or, if you prefer, a prequel – to the two shorts which preceded it. While the feature builds its mythology via a family story, the shorts were purely world building: Rare Exports Inc. plays almost like a wildlife documentary, in which hunters track and tame wild Father Christmases, while The Official Safety Instructions lays down the rules for how to handle the creatures once captured. Clever and enjoyable though the shorts are, A Christmas Tale benefits hugely from its expanded palette. 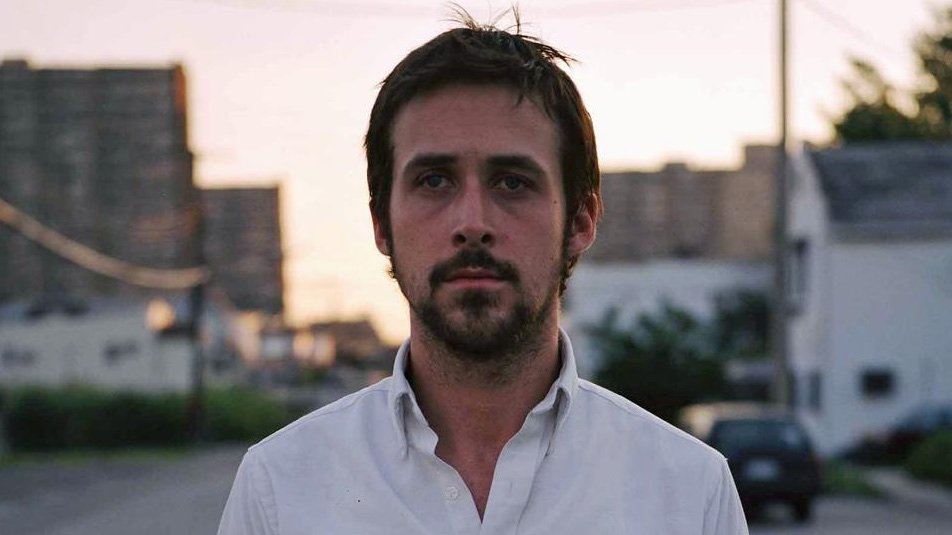 Enthused by the short-to-feature journey taken by Peter Sollett, from Five Feet High and Rising (2000) to Raising Victor Vargas (2002), filmmakers Anna Boden and Ryan Fleck decided to tread a similar path while developing Half Nelson. In condensing their story of a tentative friendship formed between a drug-addicted teacher and a student who discovers his affliction, Boden and Fleck realised that the teacher was too complicated and morally ambiguous a character to explore in a contracted form, and switched the main focus to the student.

Despite the comparable lack of density (when placed beside the feature), Boden and Fleck’s compressed version, Gowanus, Brooklyn, successfully encapsulated the style and tone that the feature would take. Moreover, it heralded the talents of then-newcomer Shareeka Epps, who excelled in her sensitive portrayal of the student, in both the short and the feature. 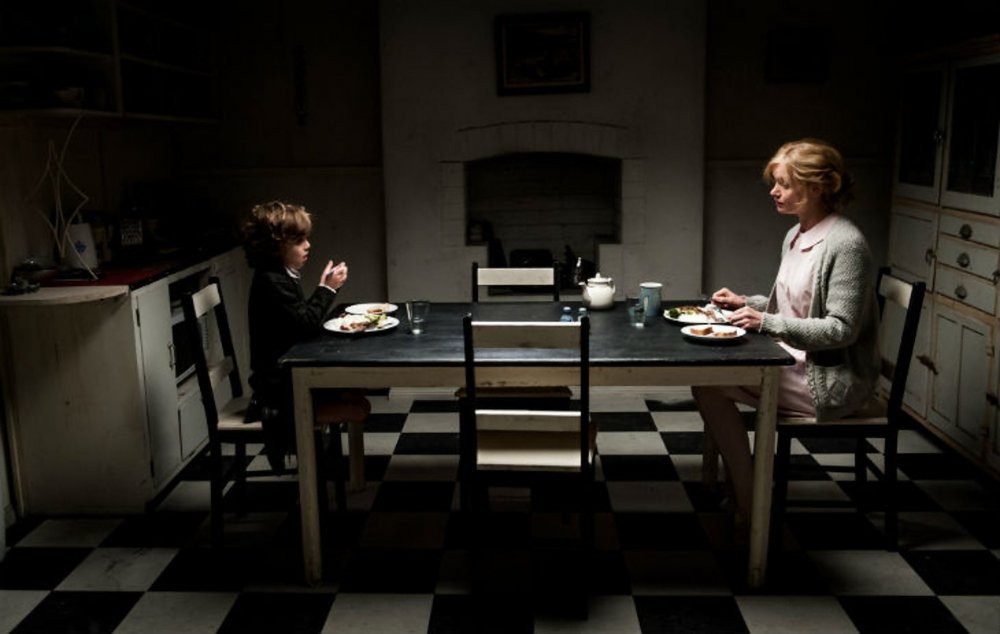 Lying somewhere between We Need to Talk about Kevin (2011) and The Shining (1980), The Babadook centres on the fraught relationship between Amelia (Essie Davis), a grieving mother reeling after the death of her husband, and her hyperactive six-year-old son Samuel (Noah Wiseman). When Samuel discovers a frightening, threatening picture book detailing the exploits of the eponymous monster, he becomes convinced that the Babadook is invading their home – but the film’s ambiguous approach leaves the exact nature of the assailant unknown, suggesting that, perhaps, the biggest monster of all lies within.

The seeds for the feature were sown in Kent’s short Monster, from which the basic narrative was drawn. Shot in grainy black and white, Monster provides some effective shocks, but lacks the subtext and emotional sensitivity of the longer piece. Still, the earlier film makes for an interesting accompaniment to The Babadook, not least because it shows how the feature might have looked if Kent had stuck to her original plan to shoot it in black and white. 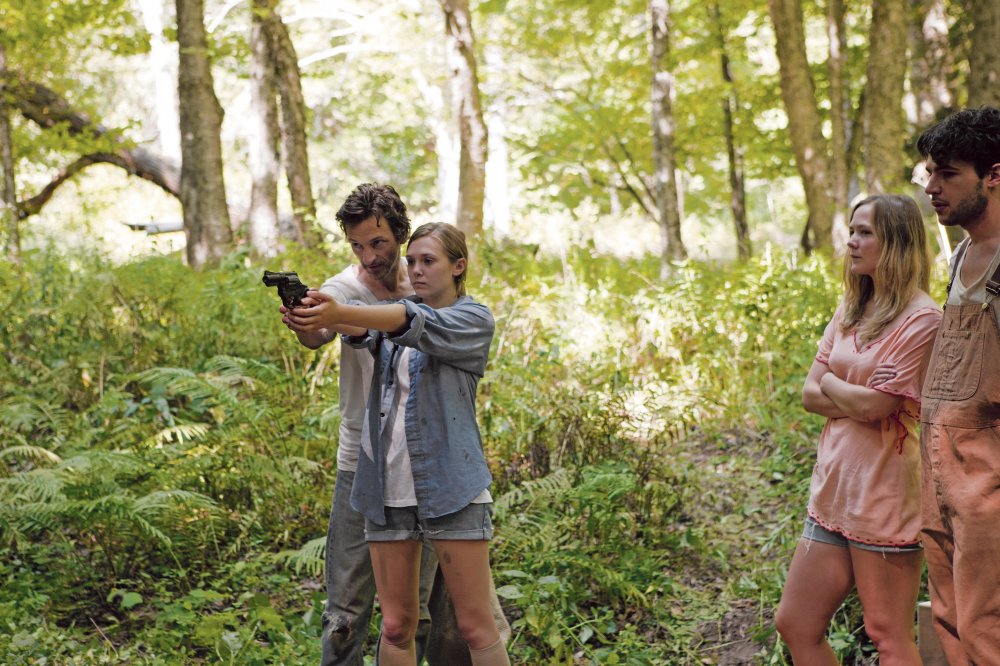 During the development of Martha Marcy May Marlene, which focuses on the distress and the difficulties that a young woman faces after escaping from a cult, Durkin set upon the idea of making a short to demonstrate his directorial intentions. As part of the preparation for Martha Marcy May Marlene, Durkin had researched the way people are indoctrinated into cults, and settled on this as a suitable topic. The resulting short, Mary Last Seen, is not quite a prequel but rather a fitting companion piece to the feature. It also proved to be a more than worthy showcase, given that it went on to win the award for best short film at the 2010 Cannes Film Festival Directors’ Fortnight. 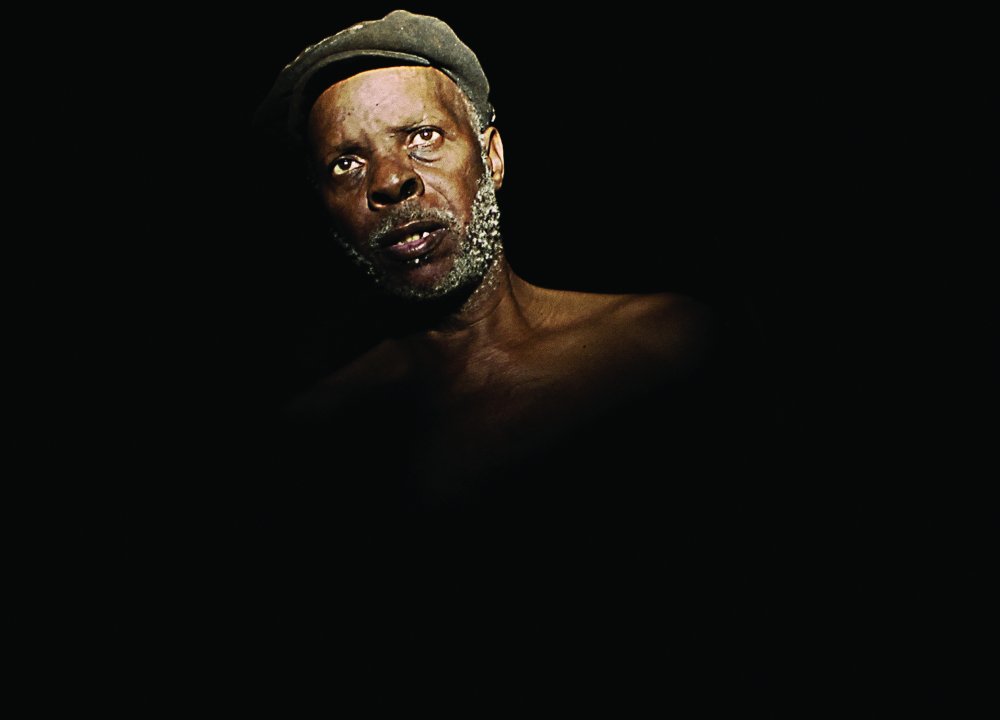 While shooting Horse Money, Costa was invited to contribute a piece to the portmanteau film Centro Histórico (2012), alongside Manoel de Oliveira, Aki Kaurismäki and Víctor Erice. Focusing on the Northern Portuguese city of Guimarães, Centro Histórico concerned itself with memory and history – two themes already central to Costa’s own film. Too busy to make something especially, Costa contributed key material from Horse Money, in a specially edited version entitled Sweet Exorcism.

Filmed with a nightmarish, chiaroscuro fervour, Horse Money explores the personal and political experiences of Cape Verdean immigrants in Portugal, while drawing upon a complex interplay of history and cinema, not least Costa’s own back catalogue (underscored by the presence of Ventura, star of Costa’s 2006 film Colossal Youth). Given this, and the way that Horse Money’s dreamlike quality complicates and confounds the logic of time and space, the fact that a key scene exists in a parallel version, outside of the film itself, seems entirely fitting. 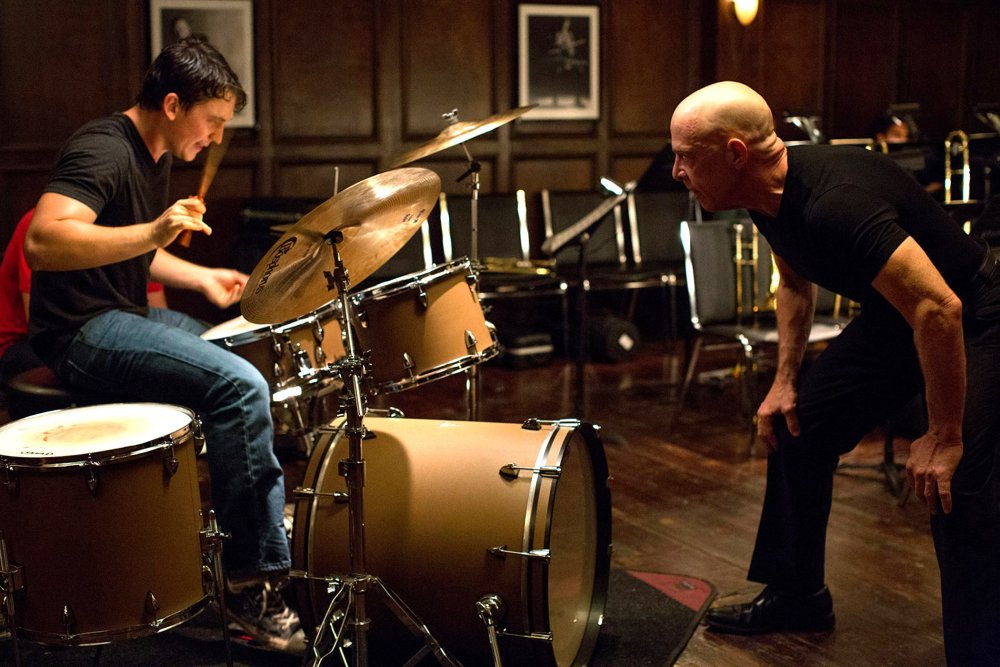 In 2011, while failing to launch his full-scale musical La La Land (2016), Chazelle wrote the script for the feature-length Whiplash in a burst of frustration. Drawing on his own experiences in a competitive jazz ensemble, Whiplash was supposed to be a smaller, easier film to get into production – but Chazelle soon found that financiers weren’t exactly chomping at the bit to fund a drama about a jazz drummer either.

Convinced that his film was more of a thriller than a drama, and determined to prove the viability of his project, Chazelle selected a scene from the script and turned it into a stand-alone short. Luckily, the gambit paid off: the short won the Jury Award for fiction at the 2013 Sundance Film Festival, and Chazelle soon had funding for the feature – which would go on to include a near shot-for-shot remake of the original short.