From Hannibal Lecter to the Zodiac killer, movies have always had a dark fascination with men who kill out of compulsion. 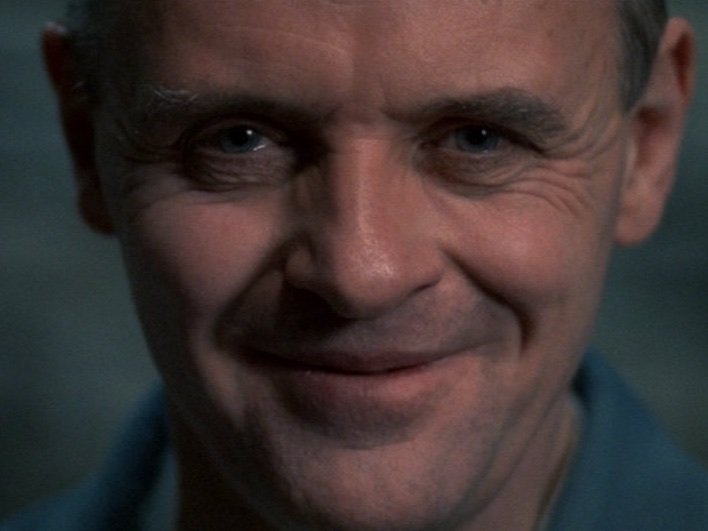 Buy tickets for The Silence of the Lambs at BFI Southbank

Is it perverse that moviegoers have always reliably shelled out for tales of evil, when there’s so much good to champion about the world? But then it’s disorder, not equilibrium, that great storytelling is often built on – and cinema has always had sympathy for the devil. Whether out of a desire to understand or simple fascination with a type that operates totally outside of the law, filmmakers have long strived to explore what makes a killer tick.

In the late Jonathan Demme’s savage classic of cannibalism and cross-dressing, The Silence of the Lambs (1991), which is about to be re-released in UK cinemas, we’re offered portraits of two ostentatiously wicked serial killers. Yet cinema has cross-examined all manner of serial murderers. The eponymous necrophile of David Jacobson’s Dahmer (2002) is so restrained as to almost be a blank, content to slip under the radar so he might keep quietly killing for company. The hateful lovers of Natural Born Killers (1994) slaughter innocent strangers out of a sense of rebellion and, when the media begins to cover their rampage, a yearning for celebrity. Meanwhile, Alfred Hitchcock’s most infamous antagonist, Psycho’s (1960) Norman Bates, is compelled to kill by one particularly domineering persona in his head.

From the wild to the meek to the entirely unknowable, below are 10 chilling thrillers about serial killers. 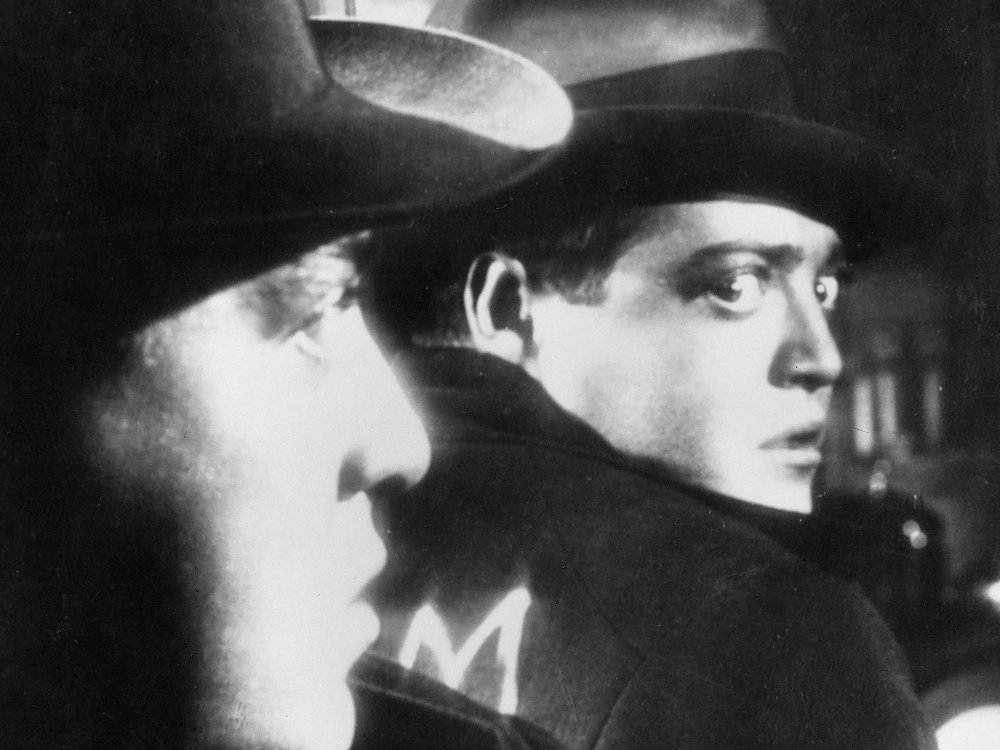 Metropolis (1927) director Fritz Lang entered the world of sound cinema with such assurance that he not only delivered an instant classic with his first talkie but with it also set a template for all serial killer movies that followed. Set in an oppressively drab 1930s Berlin, M sees authorities searching for a whistling predator (Peter Lorre) who’s targeting the city’s children, but the deliberate investigation process soon prompts local vigilantes to also join in the hunt.

Lang would make another serial killer thriller during his Hollywood émigré period, While the City Sleeps (1956), which is a precursor to Zodiac (2007) in its documenting of a series of killings from the perspective of dogged newspaper reporters. Yet M is the filmmaker’s undisputed masterpiece of the sub-genre. It’s an expressionistic cat-and-mouse noir, with an anguished performance from Lorre as the child murderer disgusted by but irretrievably beholden to his compulsion. 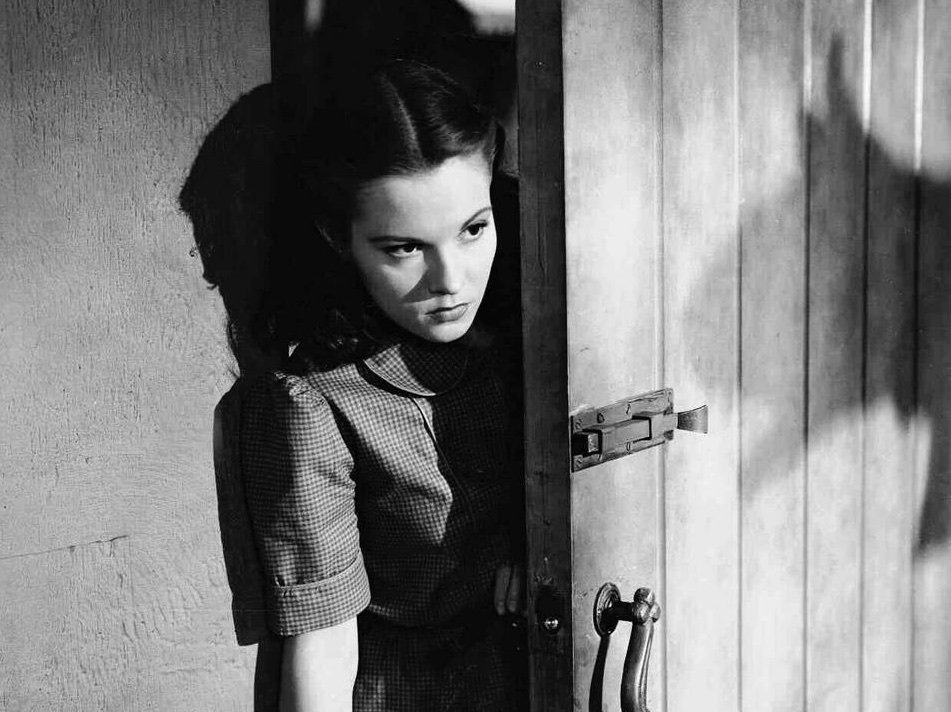 One of three influential horrors that B-movie maestro Jacques Tourneur made for RKO between 1942 and 1943, The Leopard Man is his proto-slasher, in which the women of a small New Mexico town apparently fall victim to an escaped leopard. With the attacker left unseen by the audience, in sequences of predator stalking prey that remain chilling to this day, it’s initially unclear as to who or what is really responsible.

The film’s spooky aesthetic – its shadowy look a happy byproduct of the production’s attempts to disguise inexpensive sets – potentially suggests another supernatural Tourneur horror in the vein of Cat People (1942) or I Walked with a Zombie (1943). Ultimately, though, The Leopard Man reveals itself as an early example of a Hollywood movie attempting to seriously portray a serial killer (but before the term was coined), in this instance an unassuming museum curator with dangerous urges to murder poor, young Latino women. 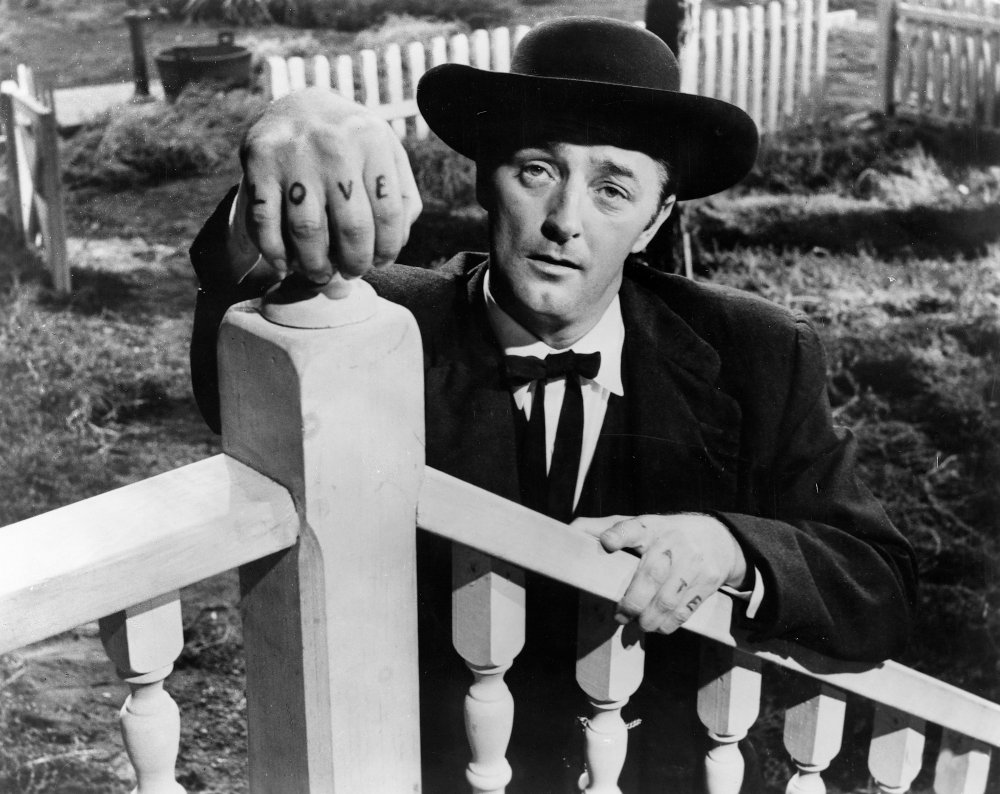 In one of the great directorial debuts, British character actor Charles Laughton turned West Virginian Davis Grubb’s novel about a malevolent preacher preying on rich widows into a disturbed gothic fairytale. A monstrously charismatic Robert Mitchum is Reverend Harry Powell, fresh from his latest kill and now looking to make Shelley Winters’ Willa Harper, whose children have been left a small fortune by their deceased father, his next bride.

Watched today, The Night of the Hunter is evidence of what a major filmmaker was lost when Laughton gave up on directing, after contemporary critics and audiences alike dismissed his first feature. The film’s cinematographer, Stanley Cortez, once said that Laughton was the only director other than Orson Welles who truly understood light. This is borne out by images that are impossible to dislodge from the memory, of the Harper children fleeing Powell across moonlit Virginia vistas, or the dead Willa sat lifeless at the bottom of a lake, her eyes closed as if she were in rapture. 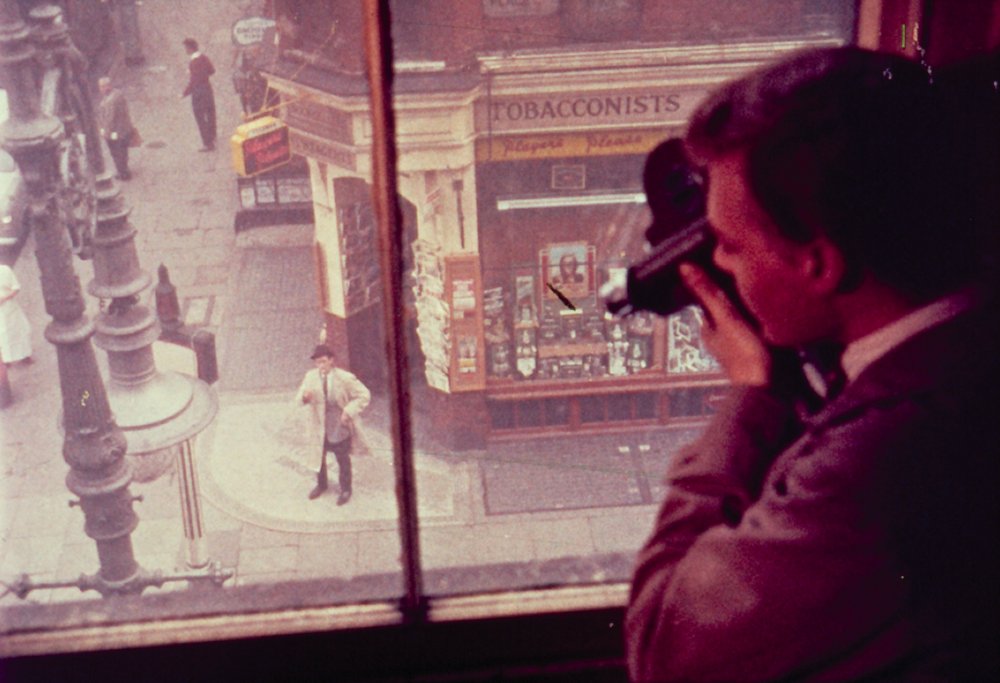 A far cry from the cheerful fantasias he made with erstwhile writing and directing partner Emeric Pressburger, Michael Powell’s Peeping Tom dared to suggest that at the heart of British society festered salaciousness and violence, to the permanent detriment of the filmmaker’s career. His film about withdrawn cameraman Mark (Carl Boehm), who records his murders of London women on his 16mm camera, elicited outrage on its initial release for putting the act on full display and making the viewer complicit in the killer’s crimes.

1960 also saw the release of Hitchcock’s Psycho, making it a kind of year zero for the modern slasher movie, but where Hitch stormed the box office with his macabre thrill-ride, Powell suffered for his. The reasons are still apparent: even now, in the wake of far grislier slasher movies, Peeping Tom maintains its confrontational nastiness. 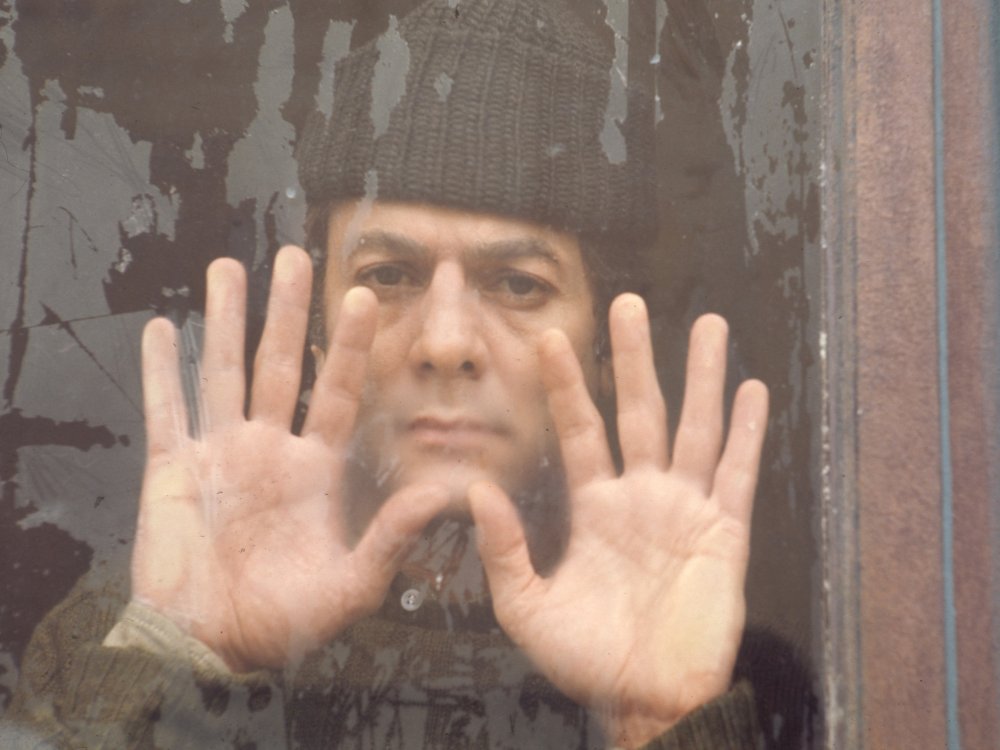 The middle entry in Richard Fleischer’s unofficial ‘capital punishment trilogy’, The Boston Strangler is the director’s re-enactment of the hunt for Albert DeSalvo, a family man who confessed to killing 13 women in Boston from 1962-64, and was ultimately sentenced to life in prison in 1967 – the year this film went into production.

Released in between Fleischer’s courtroom drama Compulsion (1959) and his horror biopic 10 Rillington Place (1971), which respectively make Nietzschean murderers Leopold and Loeb and British serial killer John Christie the principal subjects, The Boston Strangler is a coolly detached, almost journalistic feature that largely concerns itself with the painstaking procedure of catching a criminal. It’s an hour into the movie when we first meet DeSalvo. Rather than the vicious monster the film builds him up as, he turns out to be a rather pathetic villain, played with blood-curdling banality by faded heartthrob Tony Curtis. 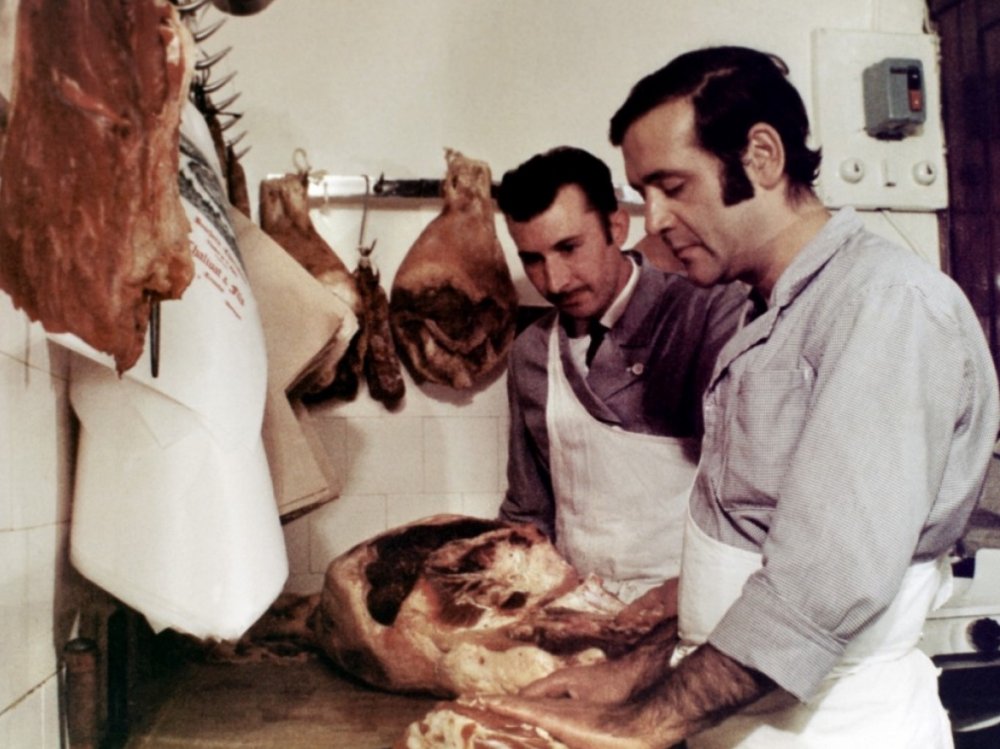 Though he contributed two eternally memorable efforts in Psycho (1960) and Frenzy (1972), it’s possible even Hitchcock never made a serial killer flick with the psychological complexity of Le Boucher. Drawing inspiration from the master of suspense throughout his career, Claude Chabrol delivered his ultimate tribute in the story of a small French town, its friendly butcher and the bodies that suddenly start piling up there one summer.

Interested less in crafting a mystery for his audience to solve, Chabrol instead examines why an outwardly ordinary individual would be repeatedly driven to murder. Traumatised in childhood, desensitised to violence from his years in the army fighting France’s colonial wars and frustrated by a relationship with a schoolteacher (Stéphane Audran) that won’t progress beyond the platonic, Le Boucher’s killer is the product of a cocktail of experiences that add up to a lethal mix. 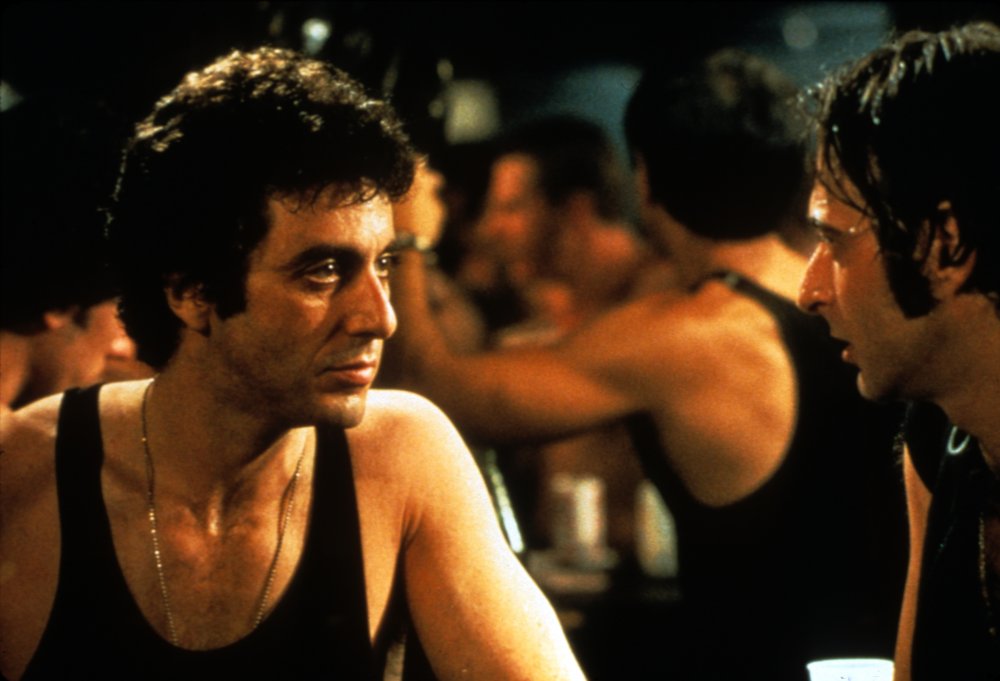 As unavoidably problematic now as it was on release, William Friedkin’s tale of a straight undercover cop (Al Pacino) tasked with smoking out a serial killer loose in New York’s gay community nonetheless remains intriguing for its refusal to yield its secrets. A whodunnit without any straightforward resolution, Cruising is an unsettling experiment in style in which the murderer’s identity is fluid, all the victims look like approximations of Pacino and, as it turns out, our protagonist might actually be the culprit.

Depicting the 1980 NYC queer scene as a kind of nocturnal hell in leather, Cruising attracted criticism over the uncertainty of its message, the movie’s incoherence allegedly largely resulting from cuts Friedkin made to his film in order to secure an R rating. Controversy aside, Cruising remains a profoundly disturbing movie, so devoid of warmth and drained of colour as to drip despair from its every frame. 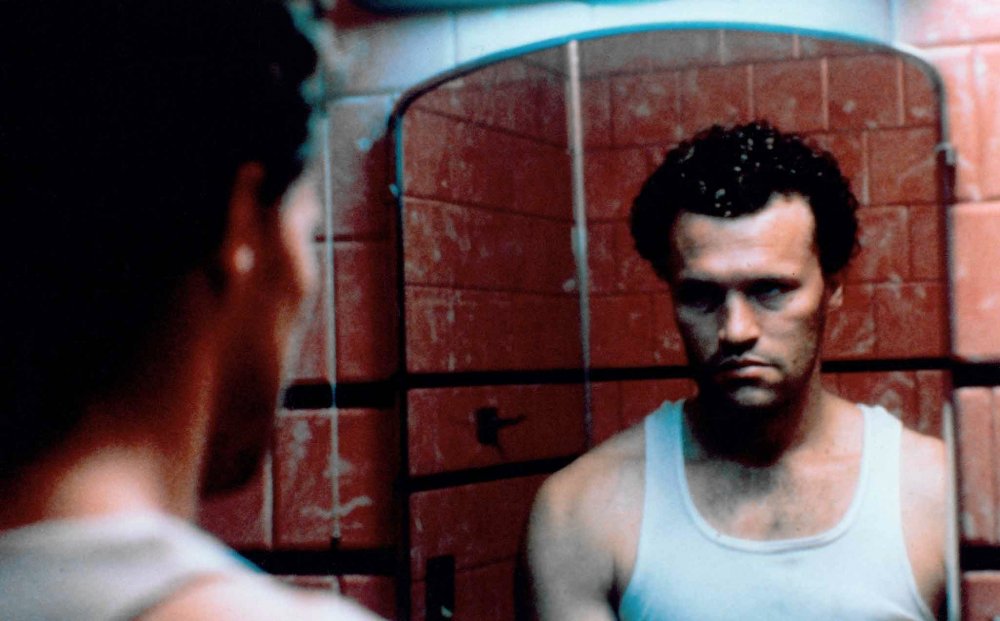 Based on the case of Henry Lee Lucas, a convicted killer who claimed responsibility for an impossible 3,000 murders, Henry: Portrait of a Serial Killer blurs the line between horrible butcher’s fantasy and mundane blue-collar reality. Henry (Michael Rooker) and Otis (Tom Towles) are two ex-jailbirds who work go-nowhere manual jobs in the day but kill at night seemingly without consequence, in a world where the police are nowhere to be seen and serial murder apparently isn’t cause for investigation.

Director John McNaughton documents the carnage with an effectively unflinching simplicity, but his film’s main attraction is Rooker, who remained so in character for the duration of the shoot that he would relay childhood stories as Henry. The commitment resulted in a performance so frighteningly believable that it relegated Rooker, looking as a young man like an edgier Heath Ledger, to a lifetime of menacing character work, with few casting directors since being able to envision the actor doing anything else. 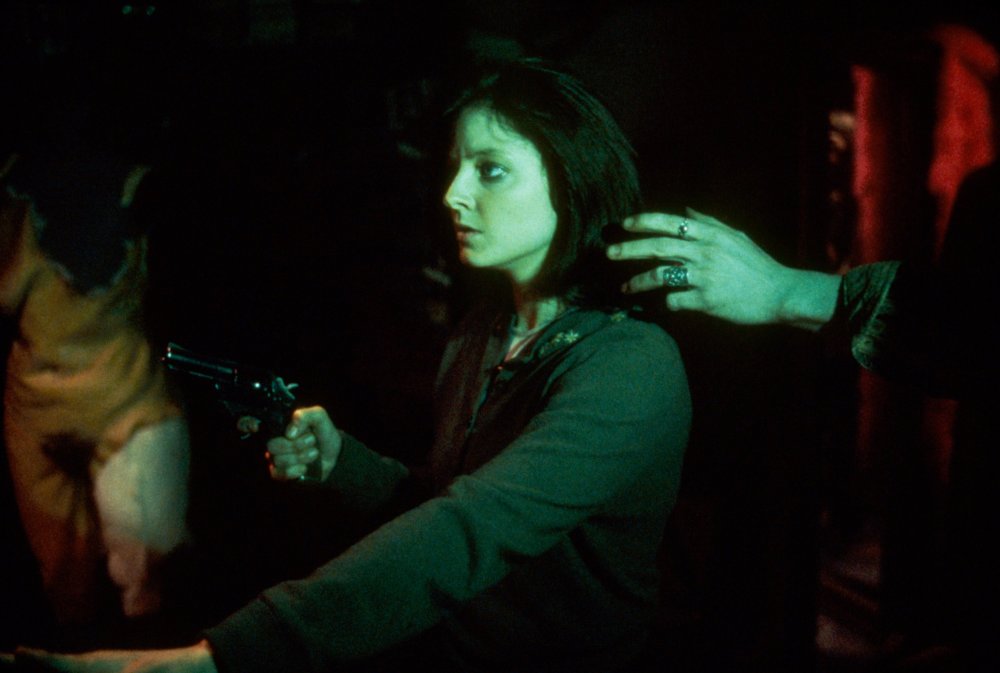 An unlikely recipient of the ‘big five’ at the 1992 Oscars (that would be best picture, director for Demme, actress for Jodie Foster, actor for Anthony Hopkins and screenplay for Ted Tally’s tight-as-a-drum writing), The Silence of the Lambs is a rare example of an Academy-approved horror. Deliciously twisted and unapologetically brutal, it pits serial killer against serial killer, with Hopkins’ incarcerated, man-eating Hannibal Lecter helping Foster’s green FBI recruit Clarice Starling locate a disturbed loner who’s skinning the corpses of his female victims.

Fans might also seek out Michael Mann’s impressive yet lesser-seen Manhunter (1986), adapted from Thomas Harris’s earlier Lecter novel Red Dragon, if only to compare the different interpretations of an iconic evil by two British acting heavyweights. While Hopkins grandstands as a man savouring every ounce of the fear he inspires in others, Brian Cox plays Manhunter’s ‘Lecktor’ as a master manipulator, subtly scheming where Hopkins’ Lecter conducts his business in grand fashion. 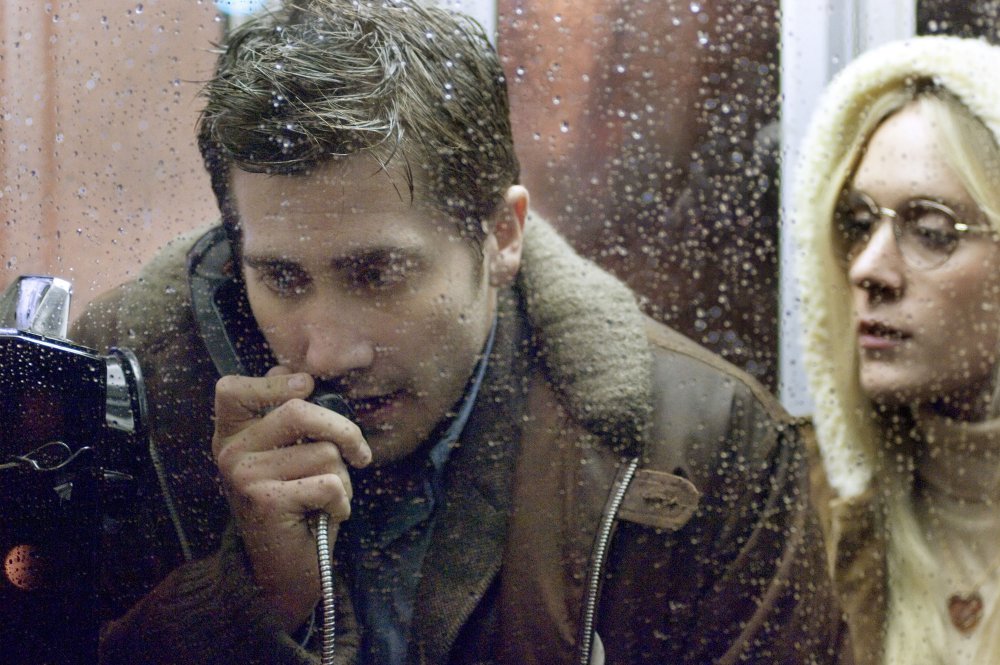 A career obsession, David Fincher’s fascination with the unrepentant killer stretches all the way back to his first feature, the maligned Alien 3 (1992), about a hostile extraterrestrial hunting for food and sport. The obsession continued with his second film, Se7en (1995), regarding a dangerous killer inspired by the seven deadly sins, and continued with The Girl with the Dragon Tattoo (2011), Gone Girl (2014) and now his new Netflix series Mindhunter (2017).

It’s not, however, the murderer to whom Fincher lends focus in his greatest killer thriller, but the indomitable cops and journalists who are in pursuit of San Francisco’s notorious (and unidentified) Zodiac killer. John Carroll Lynch, who plays key suspect Arthur Leigh Allen, has said the film is about obsession as a virus: years after the Zodiac has gone silent, men like Jake Gyllenhaal’s amateur detective Robert Graysmith remain inescapably and ruinously entangled in the mystery, alive but in their own way victims too of one of America’s most notorious killers.