With BFI Flare: London LGBTQ+ Film Festival upon us, we continue our celebration of queer cinema with a look at some of the best lesbian, gay and trans films from Scandinavia and the Nordic countries. 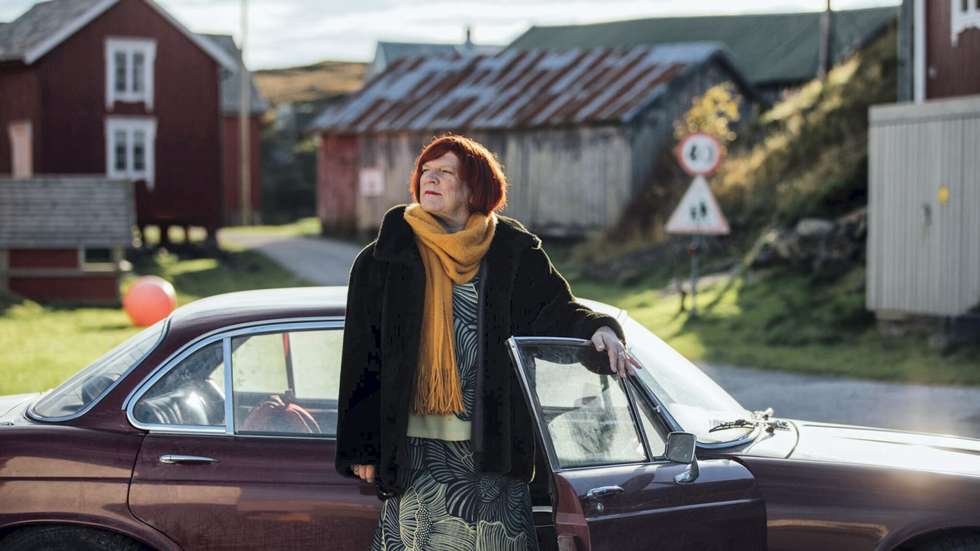 The Nordic countries – Norway, Sweden, Denmark, Finland and Iceland – have an admirable recent history of progressive attitudes towards LGBTQ+ people. Four were among the first nations to legalise gay marriage (Finland took a little longer, finally joining the club in 2017), and Iceland became the first country to have an openly gay head of government (Jóhanna Sigurðardóttir, in 2009). Unsurprisingly, the nation has a rich history of top-notch queer cinema.

Among the Nordic highlights at this year’s BFI Flare: London LGBTQ+ Film Festival are Norwegian comedy Going West and superb Icelandic psychological horror Rift, which makes inspired use of the country’s otherworldly landscapes. Shorts from Sweden and Denmark also feature in the programme. These films all belong to a tradition of superb Scandi queer cinema.

Swedish melodrama The Wings (1916), more than half of which has been sadly lost, is one of the first films to feature a gay storyline. It was based on the novel Mikaël, which Danish master Carl Theodor Dreyer adapted into an eponymous German film in 1924. Some potentially great films are unfortunately very hard to find with English subtitles – I’d love to see Swedish dramas Girl with Hyacinths (1950) and Amorosa (1986). And vital Norwegian online drama Skam (2015-17) would have made the list if web series fit the criteria. 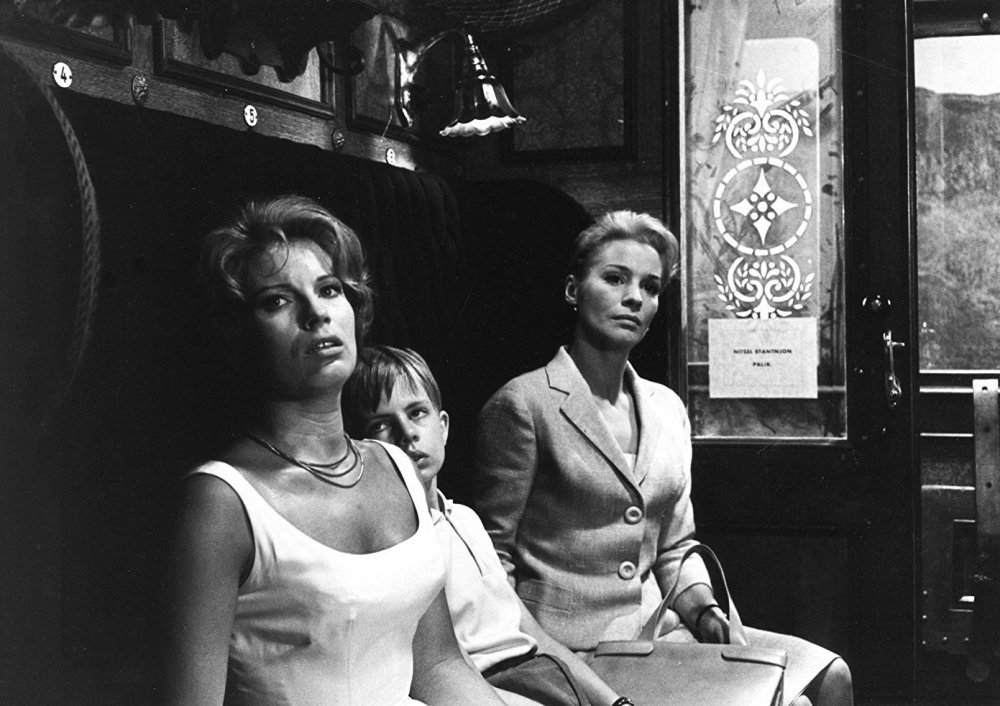 The final part of Swedish master Ingmar Bergman’s faith trilogy, preceded by Through a Glass Darkly (1961) and Winter Light (1963), offers Ingrid Thulin one of her greatest roles. She plays Ester, a dying woman who appears to have an unhealthy attraction to her sister, Anna (Gunnel Lindblom). The two women and Anna’s son are stranded in a hotel, in a country where they don’t speak the language – as the title suggests, much of the film takes place without any dialogue.

It’s one of Bergman’s starkest and most uncompromising films. The vicious fights between the sisters are disturbing to watch. Bergman’s depiction of female homosexuality was seldom flattering – see the predatory lesbian in Three Strange Loves (1949) or the possible reading of lesbianism linking to mental illness in Persona (1966). Ester is undoubtedly a troubling figure, but Thulin’s performance remains very powerful. 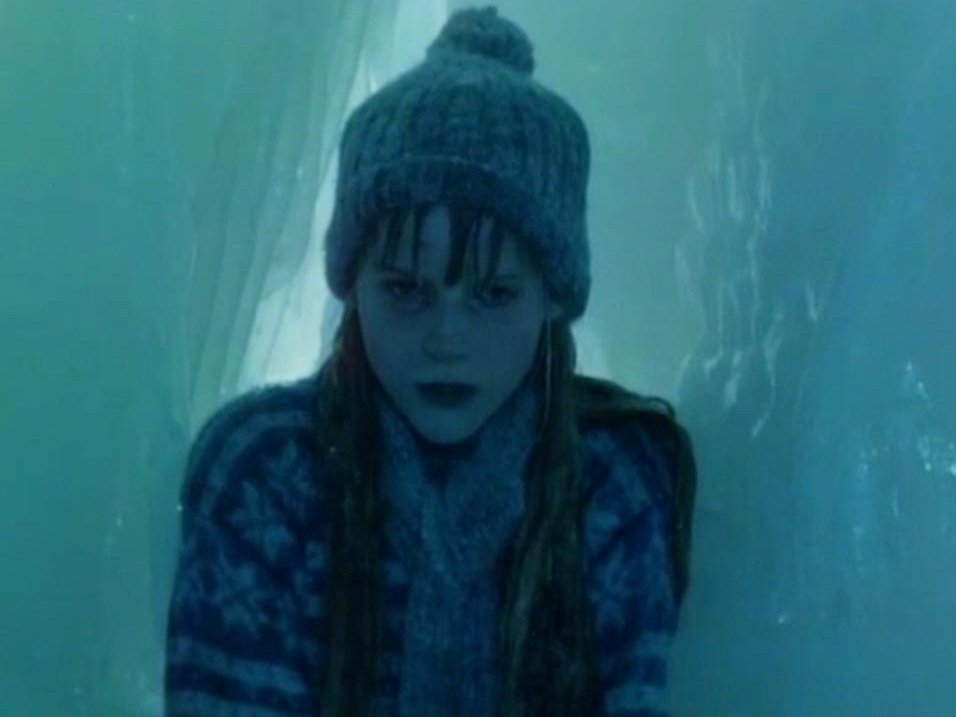 Per Blom’s poetic Norwegian film borrows fairytale motifs, starting with a beautiful walk through the snow and featuring a stunning mid-section filmed in a natural ice formation around a frozen waterfall, the ice palace of the title. This little-seen movie is a melancholy, sinister exploration of guilt, as a girl, consumed with shame after a charged encounter with a female friend, disappears. Her friend takes on personality traits of the missing girl, and hopes for redemption.

The delicate melancholy of the film, and its bleak depiction of a sad, possibly gay girl, make for a disquieting if rewarding viewing experience. The extended exploration of the ice palace – a potent symbol of alienation and isolation – is a tour de force.

Talking heads explore some of the more controversial aspects of the artist’s work, such as the use of Nazi imagery and the festishisation of black men (filmmaker Isaac Julien offers particularly useful insight). A solid biopic, Tom of Finland, with a strong performance from Pekka Strang, was released in 2017. 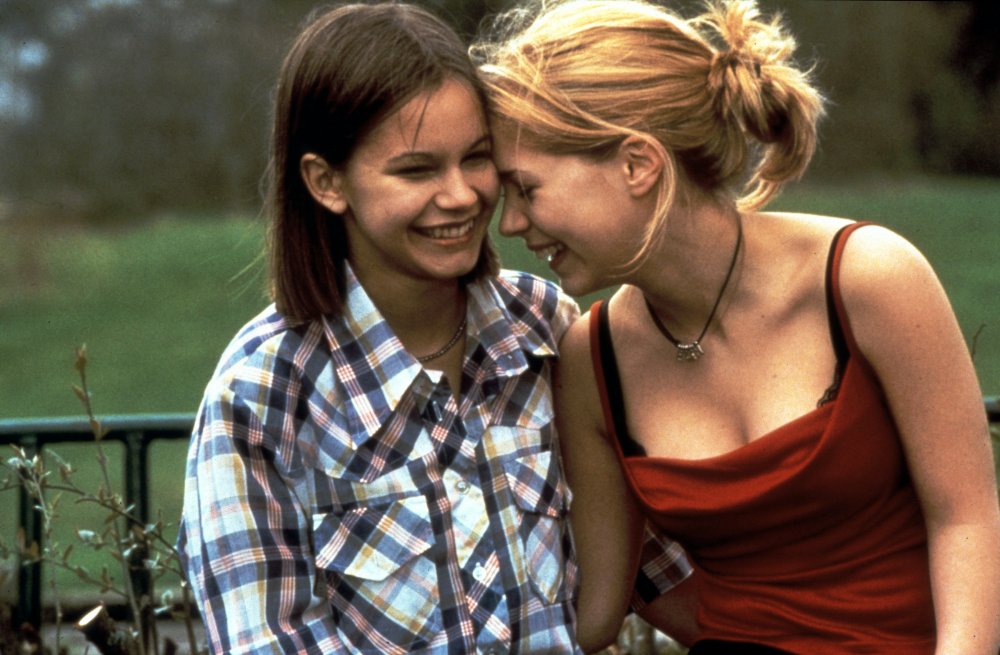 In this much-loved modern classic, Agnes (Rebecka Liljeberg), a depressed young teen, nurses a crush on Elin (Alexandra Dahlström), the popular girl at school. Elin is bored by her life in Åmål (the Swedish title of the film is Fucking Åmål) and seeks excitement. As the film progresses, Agnes’s feelings of attraction begin to be reciprocated. Will the girls find the courage to declare their true feelings? Director Lukas Moodysson exhilaratingly captures the thrill of first love.

Show Me Love wouldn’t be the last time Moodysson explored queer lives in his work. Gay and lesbian characters were among the commune dwellers in the warm-hearted Together (2000), while the interior monologue of a trans woman was the focus of Container (2006), one of his most difficult films. 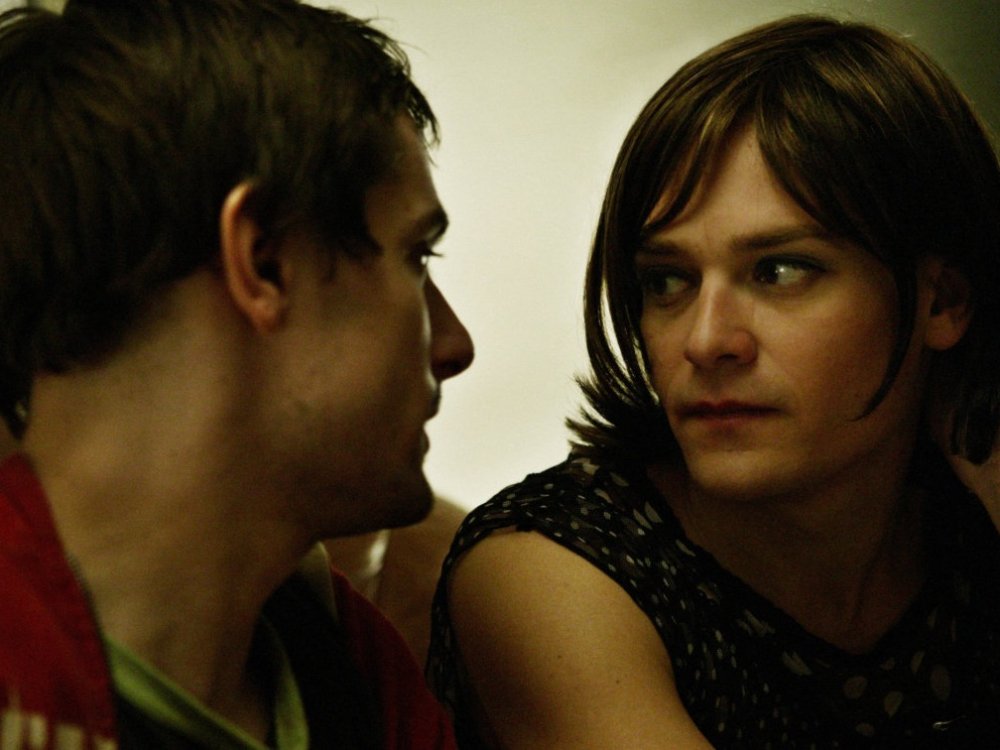 The relationship between Charlotte (Trine Dyrholm), a beauty shop owner, and Veronica (David Dencik), a trans woman who occasionally works as a prostitute, unfolds in this formally inventive tale. Veronica is desperate to hear if her gender reassignment surgery will go ahead, and escapes her anxiety by watching a US soap opera. Her and Charlotte’s story is itself told as trashy soap, complete with mini-cliffhangers and a voiceover asking rhetorical questions about what will happen next.

The film was nominated for 15 Robert awards, the Danish equivalent of the Oscars, and both Dyrholm and Dencik won the lead acting awards. Dencik went on to play a neo-Nazi who falls in love with another man in the disturbing Danish drama Brotherhood (2009).

The Amazing Truth about Queen Raquela (2008) 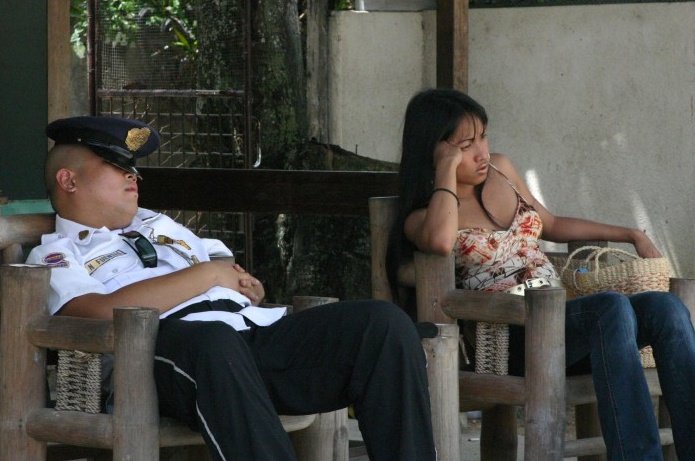 The film’s strongest moments take place in Reykjavik, where Raquela works for a few weeks before continuing on to Paris. Working in a fish-salting factory and as a cleaner for an elderly woman, with whom she bonds, Raquela’s time in Iceland allows her a period of reflection, as she gets to experience a different pace of life, giving her space to consider her priorities. The film deservedly won the Teddy award, honouring great LGBT cinema, at the Berlin Film Festival.

Ester Martin Bergsmark’s simultaneously raw and poetic portrait of a complex relationship boasts strong performances from Sara Becker as a trans teen living in Stockholm and Iggy Malmborg as a young man who does not identify as LGBT. Although the film does not shy away from the ugliness of homophobic and transphobic society, the relationship itself is beautifully delineated, and features a very touching sex scene.

Bergsmark is one of the most exciting queer filmmakers to emerge in recent years. Their 2012 experimental semi-documentary She Male Snails (2012) is a poetic and emotional portrait of marginalised trans people, a remarkable debut that breathes the same air as Derek Jarman. 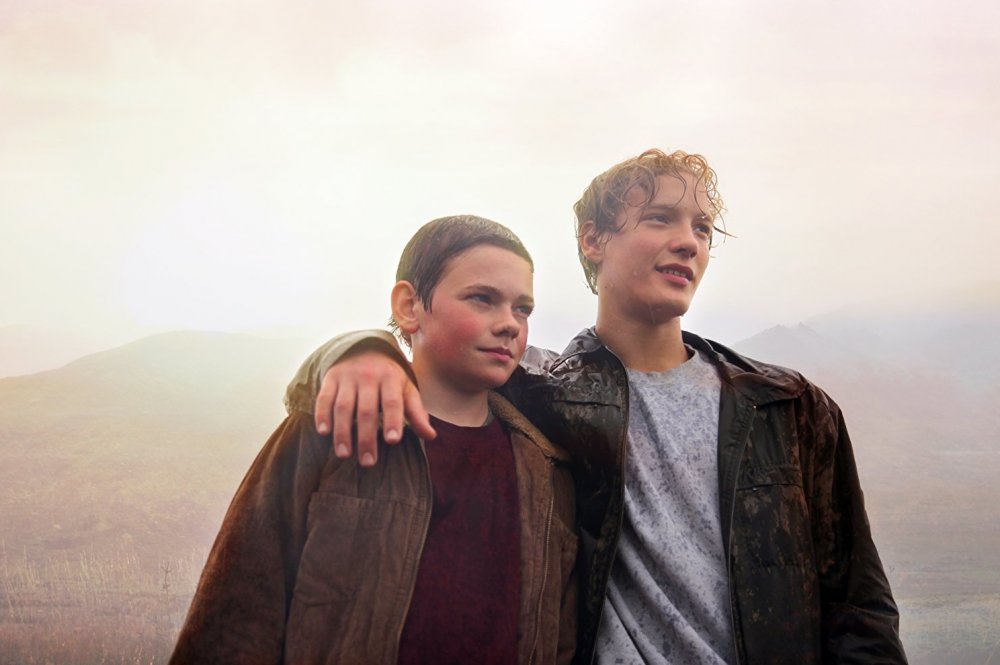 Coming of age in a small community, where everyone know each other’s business, can be very tough. In rural Iceland, two best friends, Þór (Baldur Einarsson) and Kristján (Blær Hinriksson), cope with the trials and humiliations of adolescence, exacerbated when one of the boys realises he’s attracted to the other. In a particularly poignant scene, Kristján kisses Þór, before hurriedly and unconvincingly mumbling that it was “just a joke”.

Heartstone’s use of Iceland’s unique terrain, with stark cliff edges and looming volcanos, adds a uniquely unsettling intensity to the boys’ story. Adolescence is another planet, after all. While the woes of boyhood are frequently a source of humour in films, Heartstone is a rare, very moving drama that takes the challenges of male adolescence seriously. 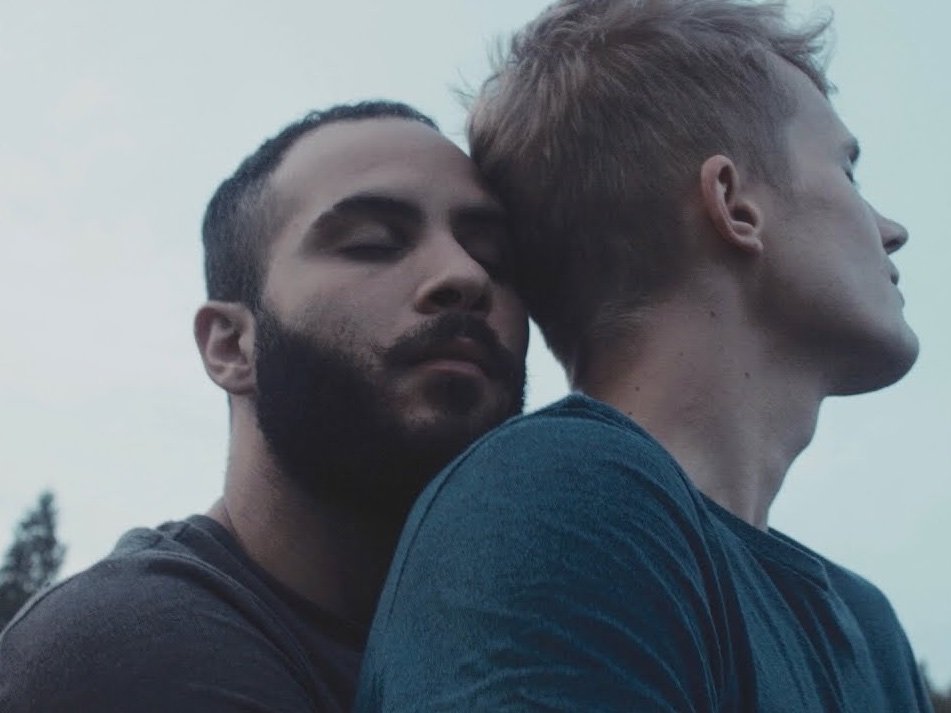 Leevi (Janne Puustinen), a young, gay Finnish man, meets Tareq (Boodi Kabbani), a Syrian immigrant worker employed to restore the former’s family lake house. Both come from troubled family backgrounds. Leevi’s father (Mika Melender) is a bitter widower who disapproves of his son; Tareq’s conservative family members are based in Syria but are planning to make the dangerous journey to Finland. When Leevi’s father is away, a romance develops between the two men.

All three actors are superb, and the barbed scenes between Leevi and his father, with both men knowing how to provoke and upset the other, are acutely observed in writer-director Mikko Makela’s screenplay. Tareq’s frustrations with Leevi’s relative privilege add depth to the drama, while the poignant, ambiguous ending is profoundly haunting. 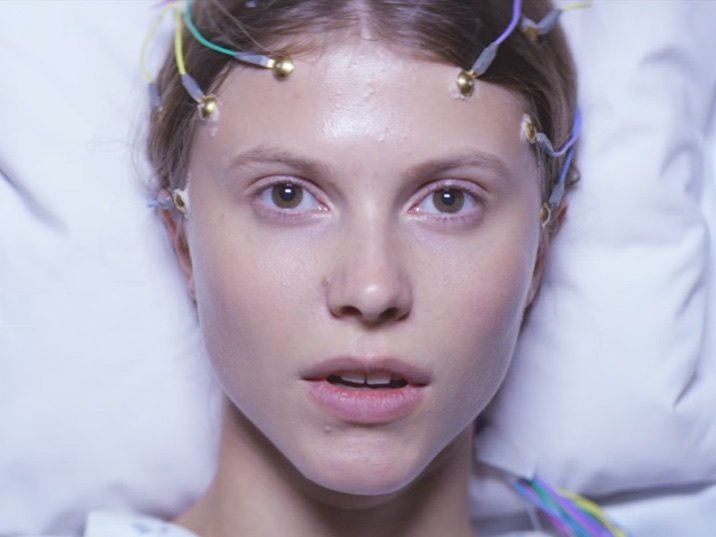 Following Reprise (2005), Oslo, August 31st (2011) and the English-language Louder than Bombs (2015), Joachim Trier is the best known contemporary Norwegian director, and Thelma is his most interesting film yet. It’s a supernatural sci-fi tale about Thelma (Eili Harboe), a girl with a strict Christian background, who meets Anja (Kaya Wilkins), a fellow student. Each time she sees Anja, it triggers inexplicable, violent reactions in the world around her. What is going on?

When one of the phenomena has drastic consequences for another character, Thelma returns home to ask her parents questions about why these terrible things are happening. A tragic, forgotten incident from her childhood – dramatised in an unforgettable, bravura sequence – holds some answers. Harboe is excellent as Thelma, and audiences will long debate whether the ending is happy, sad or bittersweet.