With Ken Russell’s deranged The Who musical Tommy returning to cinemas, we set the stage for big hair and even bigger riffs with our 10-film history of the rock musical. 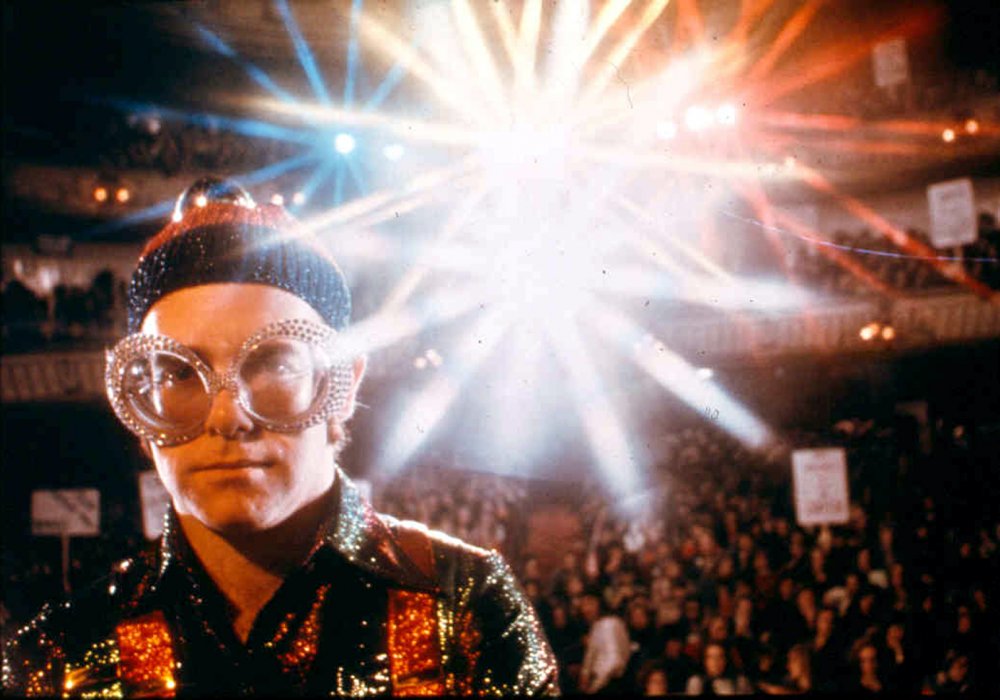 Tommy is back in cinemas nationwide from 22 November 2019

Hair is out now on BFI Blu-ray and DVD

Amateur acting. Overblown guitar solos. Dodgy dream sequences. Painfully tight trousers. The rock musical gets a bad rap – and not without justification. From girl-swapping with Elvis via pompous prog with Pink Floyd to the nostalgic modern jukebox musical, rock on screen has been poorly served.

But amid the dross, there are gems. And as the BFI prepare to reissue the wildest, weirdest rock musical of them all – Ken Russell’s deranged 1975 adaptation of The Who’s 1969 concept album Tommy, about a “deaf, dumb and blind kid” who becomes a champion pinball player – we look back at 10 of the very best.

Rock music has been linked with the silver screen since its inception. The song credited with taking rock’n’roll into the mainstream, Bill Haley’s 1955 smash ‘Rock around the Clock’, was first recorded for the film Blackboard Jungle, before the song’s title was reused for a cash-in movie co-starring Haley the following year. But with a handful of exceptions, these early rock’n’roll films weren’t ‘proper’ musicals, rather throwaway teen flicks with a handful of performances shoehorned in.

It wasn’t until the 60s that the genre really found its groove, driven by Richard Lester’s innovative collaborations with The Beatles, zeitgeist-grabbing stage musicals like Hair and the increasing popularity of the narrative concept album. What followed was a wildly mixed bag of ambitious follies, bizarre misfires and fascinating failures – and just the occasional flash of genius… 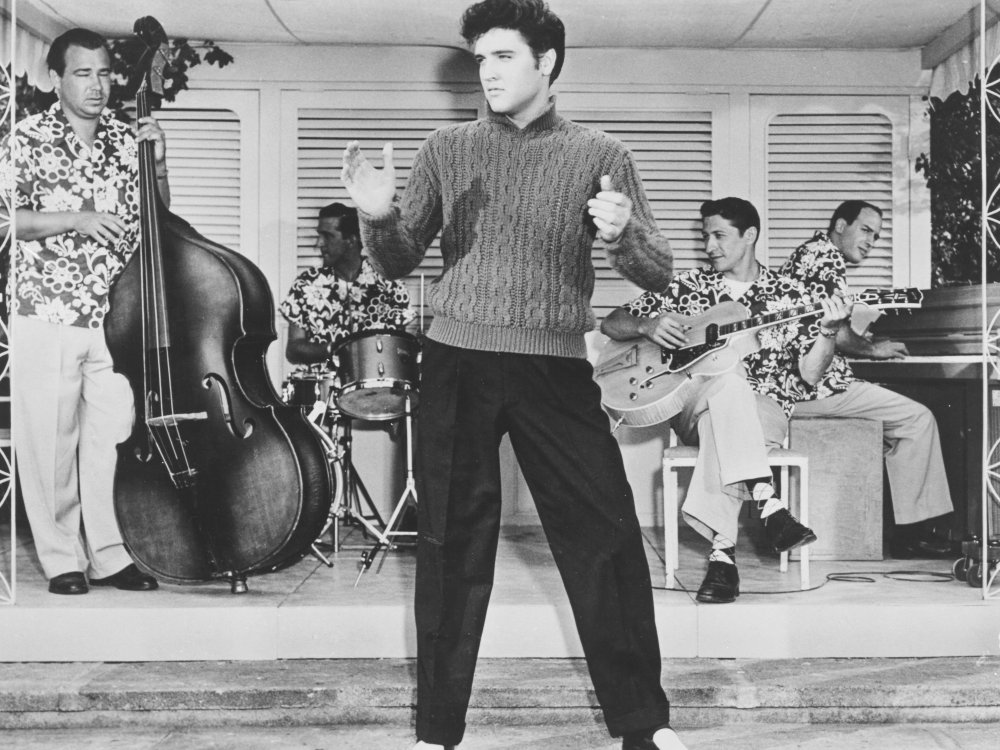 The majority of Elvis Presley’s cinematic oeuvre is barely watchable – with titles like Clambake (1967) and Kissin’ Cousins (1964), his later films are cookie-cutter comedies with the odd lacklustre ditty thrown in. But in the first flush of his fame, Presley made two films that are genuinely worthwhile. Love Me Tender (1956), in which he plays a struggling young farmer, isn’t quite a musical. But the following year’s Jailhouse Rock absolutely is.

The story of a hardworking kid who accidentally manslaughters a wife-beater and is packed off to prison only to learn guitar and become a huge star, the film features three classic Elvis numbers – ‘Treat Me Nice’, ‘You’re So Square’ and the title track, the latter soundtracking a joyous, knowingly homoerotic dance routine (“No 37 said to No 3, you’re the cutest jailbird I ever did see…”). And Presley himself is a revelation, seething with pent-up rage against authority figures, high-toned women and anyone who tries to cross him. 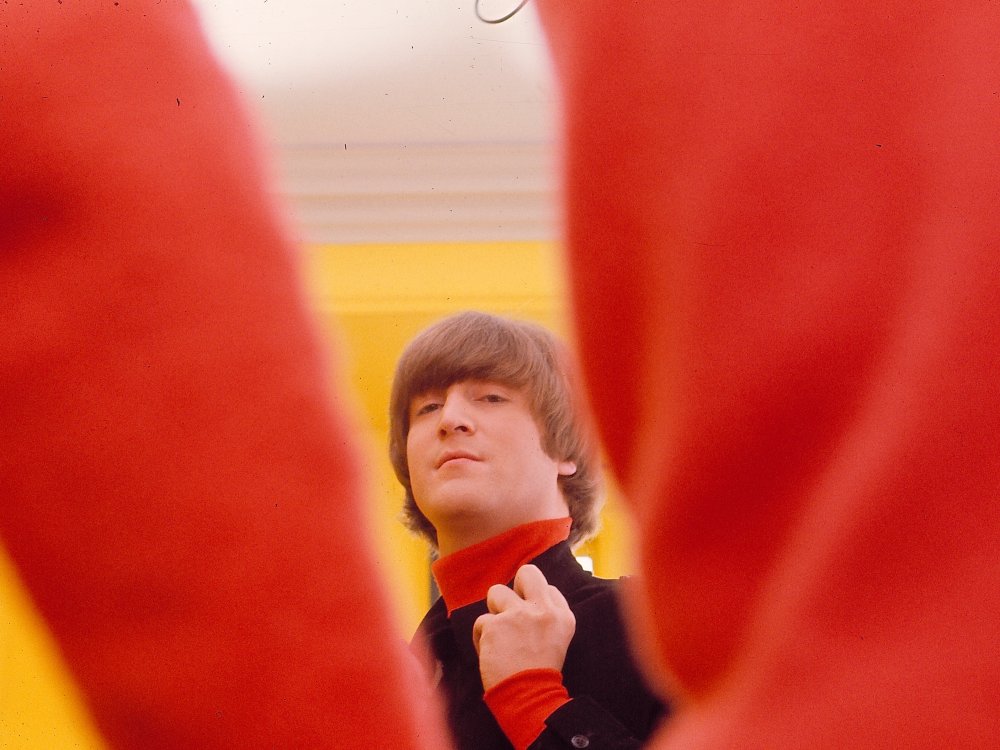 Richard Lester’s first Beatles movie, 1964’s day-in-the-life romp A Hard Day’s Night, revolutionised the rock movie and, with its inspired use of jump-cuts and sped-up footage, paved the way for the music video. But with the majority of its soundtrack delivered to-camera in a TV studio, it never quite explores the full potential of the screen musical. Follow-up Help!, by contrast, is pure old-school Hollywood, a technicolour travelogue complete with bonkers plot, dayglo fantasy sequences and songs shoved in every which way.

The result isn’t quite as iconic as its predecessor, but it’s a whole heap of fun, as Ringo becomes the target for a dubious Hindu cult led by Leo McKern, sending the boys on a madcap ramble from Liverpool via the Austrian Alps to the Bahamas – a location chosen by producer Brian Epstein purely for tax reasons. 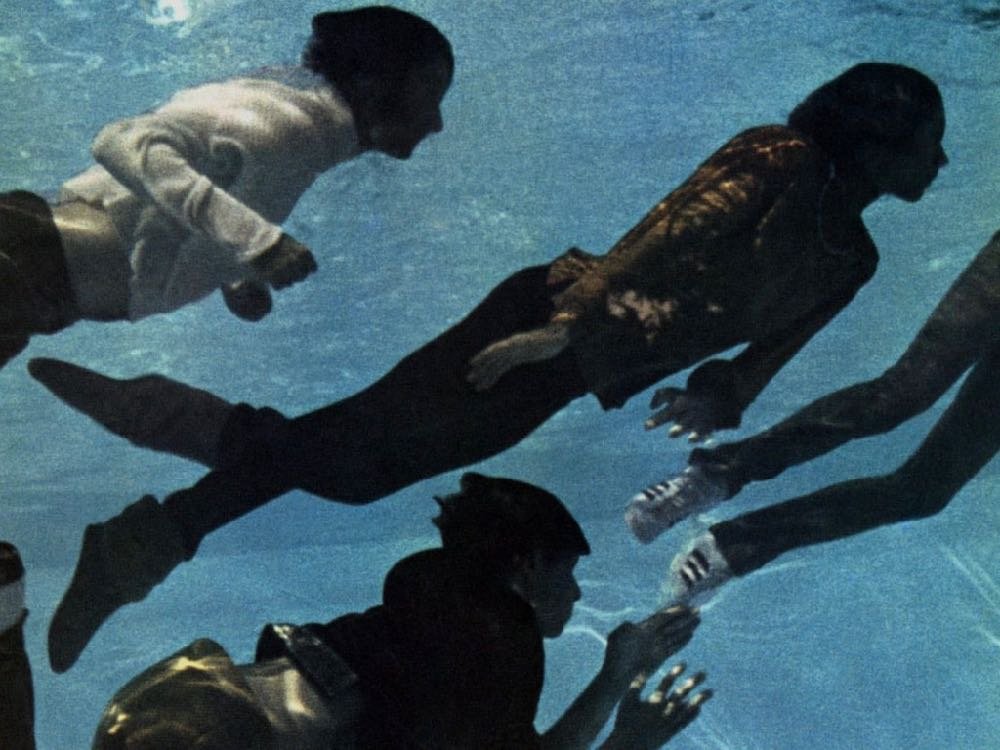 Just as manufactured boy band The Monkees started out as a cynical effort to fabricate the success of The Beatles only for the hired actors to transform themselves into an actual band, so their screen career began with the goofy self-titled TV show – a kind of potted, weekly Hard Day’s Night – only to morph into something much stranger.

Scripted by actor Jack Nicholson and director Bob Rafelson – who’d re-team for the diametrically different Five Easy Pieces two years later – Head opens with The Monkees leaping from LA’s George Desmond Bridge to the strains of one of the great psychedelic statements, ‘Porpoise Song’, and only gets further out from there. Essentially a series of loosely connected sketches and parodies – made a full year before the Monty Python team hit big with the same format – the film is fascinating, frustrating, befuddling, glorious and completely daft, in roughly equal measure. 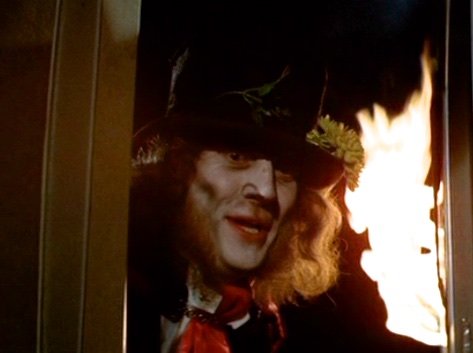 Thanks to Vic and Bob, peanut adverts and that Christmas song, Birmingham’s leading purveyors of foot-stomping glam have become something of a joke in recent years. But in the early days Slade were a force to be reckoned with, churning out hit after screaming hit and starring in the toughest, bleakest and arguably the best rock musical of the post-Hard Day’s Night era.

Charting the fortunes of fictional late-60s rock quartet Flame from dust-ups in pub backrooms to the bruising pressures of the big time, the film is pure sweat and sawdust, a gloriously grimy blast from rock’s benighted past. The members of Slade don’t exactly stretch themselves in the acting department, but they give it their all in the blistering musical numbers. The result is essentially a Ken Loach film with added heavy riffage. 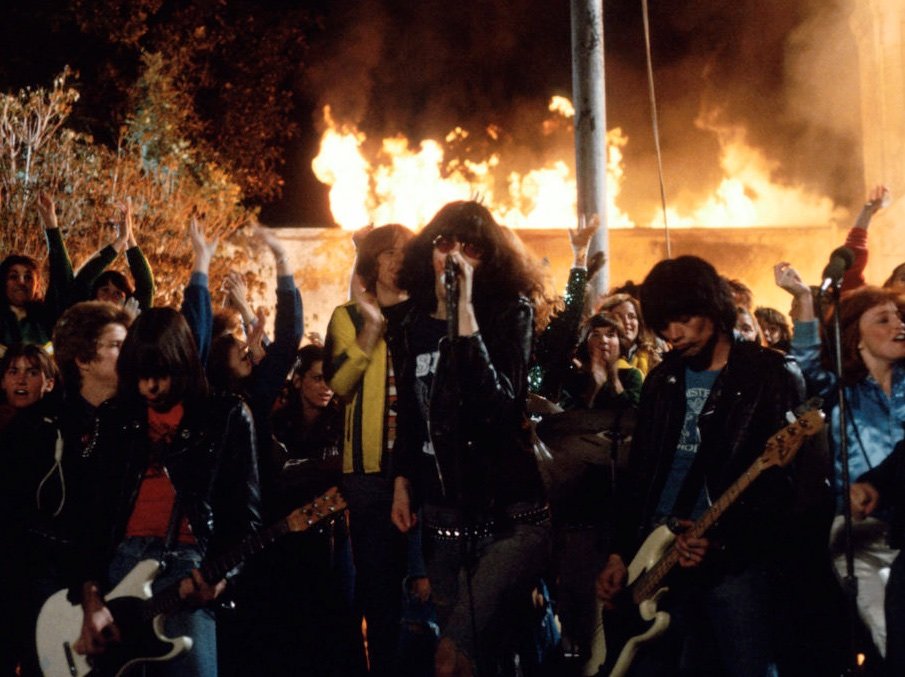 Determined to recreate the rock’n’roll teen flicks of his early career, maverick producer Roger Corman turned to a script called Disco High by Allan Arkush and Joe Dante, retooling it for a rock audience and planning to cast either Todd Rundgren or Cheap Trick as the main musical act. Thankfully, neither were available, so actor and longtime Cormanite Paul Bartel suggested The Ramones.

The marriage is heavenly: cartoon punk meets trash cinema, as the Ramones-obsessed students of LA’s Vince Lombardi High turn against the fascistic faculty and run riot in the halls. What’s perhaps most striking is that despite an almost entirely male production crew, the film’s viewpoint is determinedly female: the fantasy sequence in which teen tearaway P.J. Soles smokes a joint, sticks on Rocket to Russia and imagines herself serenaded in her bedroom by The Ramones – even showering with them – is a glorious celebration of female desire in a traditionally (and tediously) masculine subgenre. 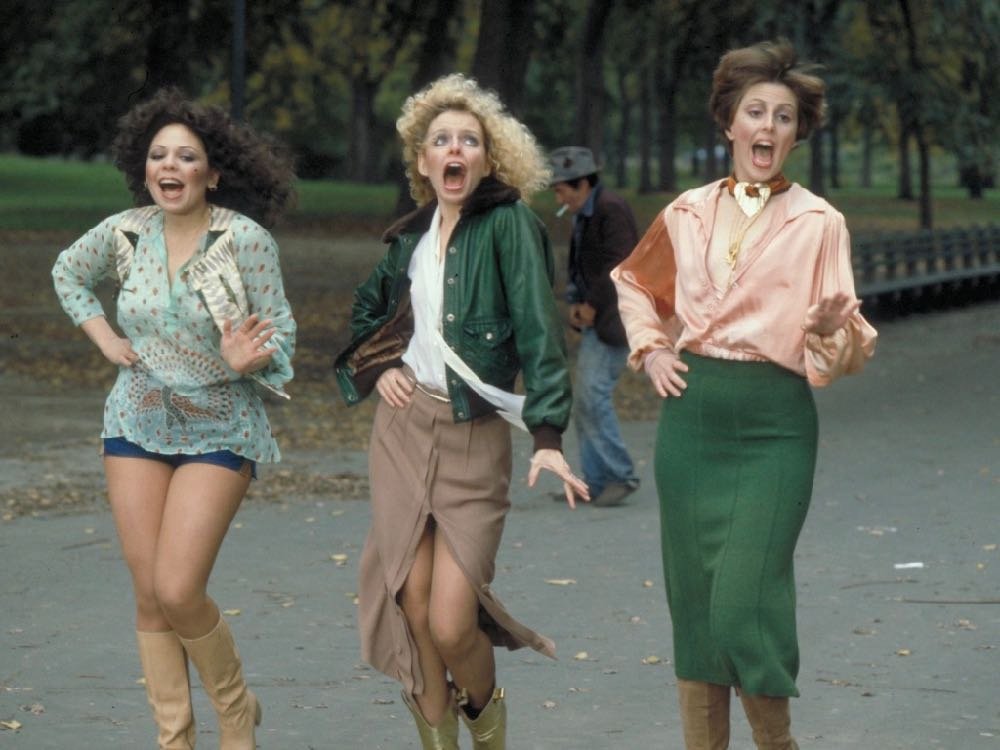 Subtitled ‘The American Tribal Love-Rock Musical’, the 1968 stage production Hair defined its era, simultaneously celebrating and investigating the hippie movement and taking timely potshots at the squares, the cops and especially the Vietnam war. But a decade later, when a film adaptation finally got off the ground, this was all nostalgia – the war was over, the squares had won, and the hippies were either in jail or working in banks (same difference, man).

So there’s a rich bittersweetness to Milos Forman’s film, as naive soon-to-be-soldier John Savage meets Jim Morrison-alike Treat Williams and his happy band of homeless hipsters and discovers a whole new way of life. The songs are a mixed bag – monster hit ‘Age of Aquarius’ is still great, while others have dated poorly – but Twyla Tharp’s choreography remains magnificent, especially in the delirious, acid-fuelled Central Park love-in sequence.

Ladies and Gentlemen, the Fabulous Stains (1982) 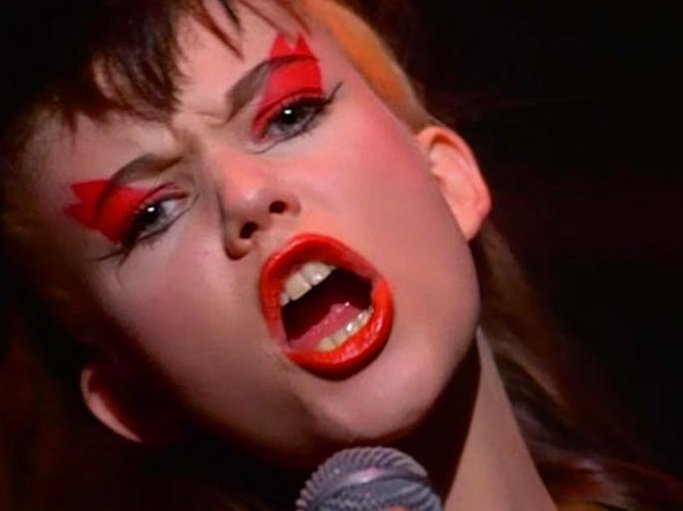 The career of showbiz journeyman Lou Adler is a fascinating one, from managing surf-pop superstars Jan & Dean to producing Carole King’s multi-million-selling Tapestry, before finding his niche in the film industry first as a producer on Monterey Pop (1968) and later as the director of two wildly different movies: Cheech and Chong’s phenomenally successful Up in Smoke (1978) and this largely forgotten punk-rock gem.

In the bleak midwest, teenage outsider Corinne (Diane Lane) dreams of escape. It arrives in the form of hedonistic London punks The Looters, fronted by an impossibly young Ray Winstone and featuring two Sex Pistols and Paul Simonon from The Clash (all of whom can, surprisingly, act). Gathering up two female relations, Corinne forms The Stains, a pre-riot-grrrl DIY feminist punk trio, and heads out on the road. Tonally awkward and saddled with a preachy ending, the film is remarkable for its grim, unsympathetic take on the bottom-rung music scene (Melody Maker journo Caroline Coon worked on the script), and for its pioneering celebration of women in punk. 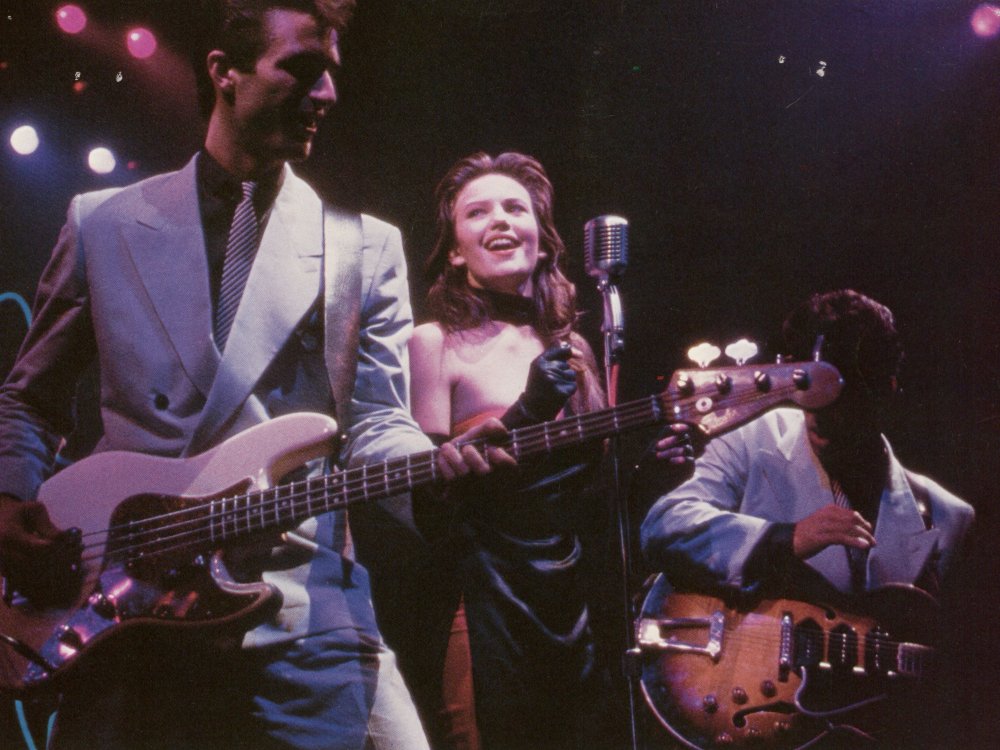 Subtitled ‘A Rock n Roll Fable’, Walter Hill’s bizarro fusion of comic-book action, 50s greaser chic, western iconography and wailing blue collar rock has ‘cult classic’ stamped all over it. The opening sequence is magnificent: in a neon-drenched dystopian city, the high-quiffed cool kids gather for a sold-out show by local legends Ellen Aim and the Attackers. But midway through the first number, the club is invaded by sneering bruiser Willem Dafoe and his gang of biker thugs, who grab Aim right from the stage and make off with her. Enter monotone gunslinger Michael Paré, who agrees to steal her back – provided Aim’s snivelling manager Rick Moranis pays him a cool 10 grand.

A grand folly with a miscast hero and some ropey plotting, Streets of Fire gets by on sheer gumption: the rain-soaked sets are stunning, the cod-Springsteen songs are punchy and gleefully overdone, and the whole movie has a thrilling air of unpredictability. 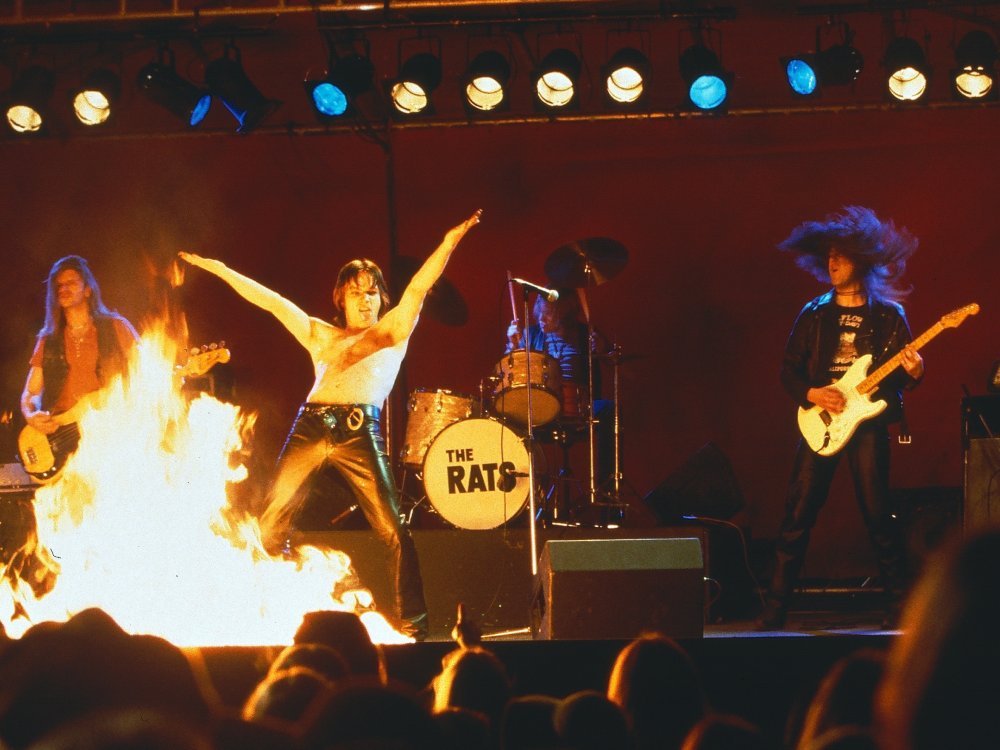 Scripted as a fictionalised biopic of David Bowie but rewritten when the singer threatened to sue, Todd Haynes’s heartfelt glam-rock explosion was a complete critical and commercial flop. Two decades on, it’s genuinely hard to see why – the story of a shy English singer (Jonathan Rhys Meyers) and his sexual and musical flirtation with a brash American punk (Ewan MacGregor), Velvet Goldmine is sumptuous, swoon-inducing cinema, starry-eyed and uncynical. The soundtrack is predictably great, with original-era songs by Brian Eno, Lou Reed and Steve Harley jostling alongside glam-racket recreations from Pulp and Placebo. And it’s perhaps the best film ever made about exploring, owning and consuming music: as Christian Bale’s shy teenage rock-nerd slips the newest disc by Brian Slade onto his turntable, we feel the true frisson of fandom.

Haynes would return to the genre with his kaleidoscopically inventive Dylan portrait I’m Not There nine years later – this time, with official sanction. 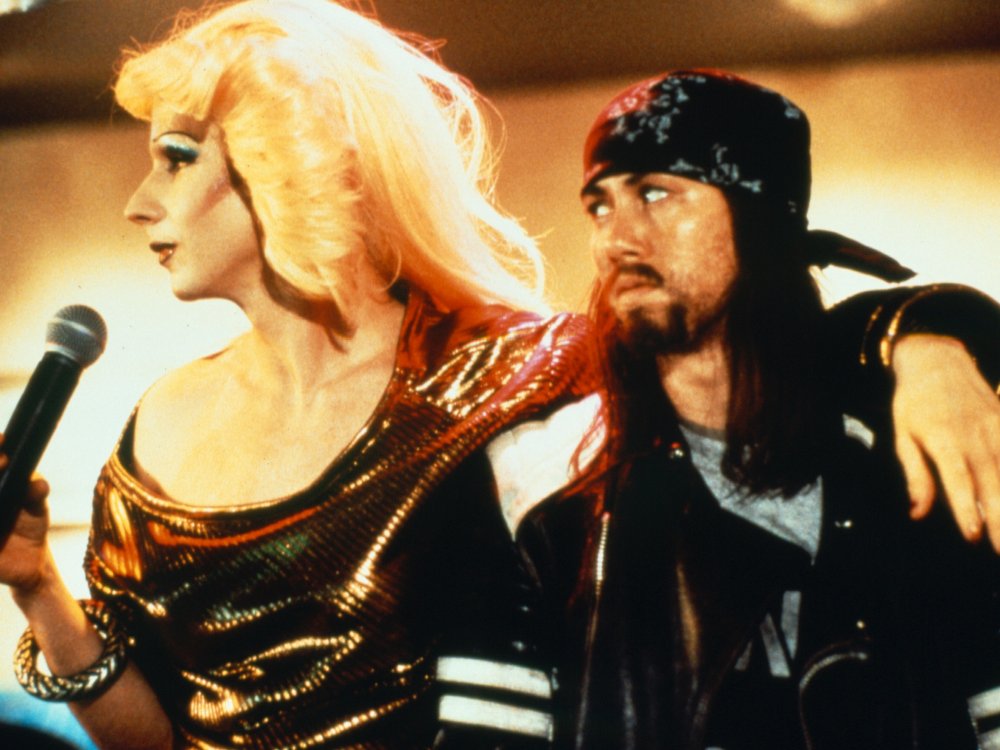 Scripted over several years and extensively workshopped in gig venues as well as theatres, John Cameron Mitchell’s stage play Hedwig and the Angry Inch – the story of an East German transexual songwriter’s adventures in America – was a fringe smash, and has been a fixture on and off Broadway ever since. Mitchell’s film adaptation – starring himself as Hedwig, alongside a fresh-from-Dawson’s-Creek Michael Pitt as her treacherous ex-lover Tommy Gnosis – didn’t quite crack the mainstream, but has inevitably become a cult classic.

Modern in its gender politics but staunchly 70s in its music, costumes and shabby-chic production values, Hedwig frequently comes off like a lost John Waters joint. But there’s no irony here, and precious little kitsch: Hedwig comes straight from the heart, and is all the more effective for it.