10 great revolutionary films of the 1960s

These explosive films from around the globe embody the defiant, radical energy of the 1960s.

• Explore Uprising: The Spirit of ‘68 at BFI Southbank 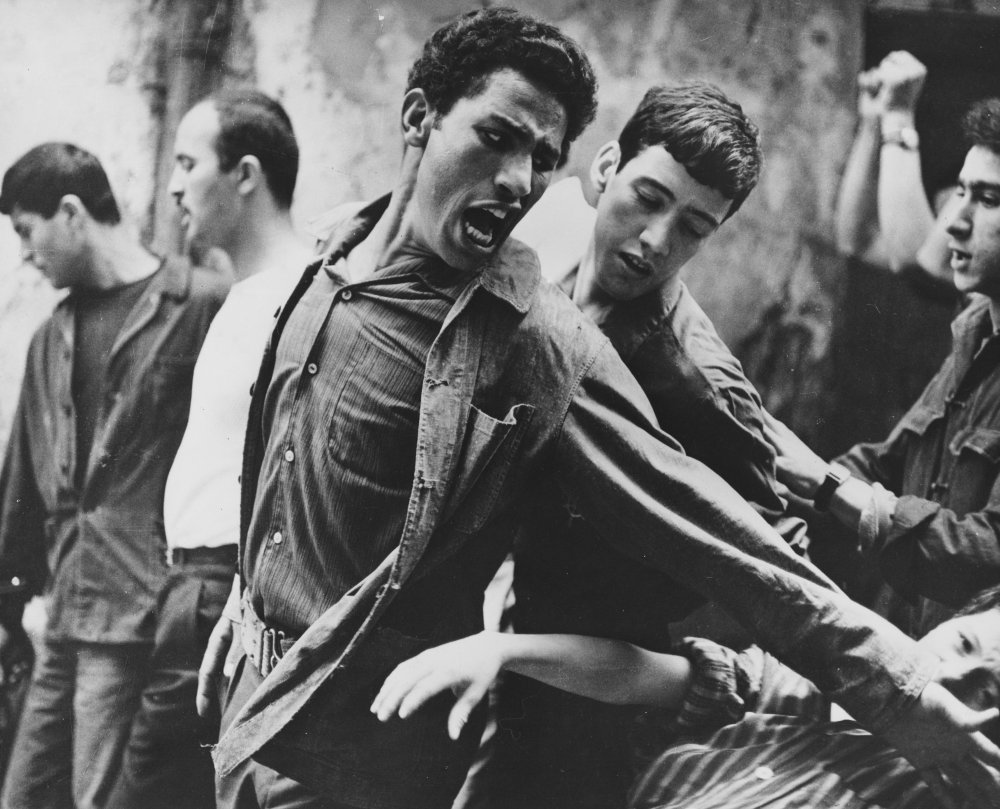 Uprising, a season of films celebrating the spirit of ‘68, plays at BFI Southbank throughout May 2018

“You say you want a revolution,” sang John Lennon in 1968. But the fact that The Beatles recorded both a hard-rocking version of ‘Revolution’ and a slower, shoo-wop variation summed up Lennon’s confusion. Did he want to be counted out, or in?

One thing he did know was that little would come from carrying pictures of Chairman Mao, whose Cultural Revolution had curtailed filmmaking. But this lyric sparked a feud with Jean-Luc Godard (who had recently directed La Chinoise, 1967), which saw the director denounce the Fab Four for not siding with the radical left. Lennon responded that “he wants to stop looking at his own films and look around”.

These were revolutionary times. As new waves broke across the film world and colonial independence movements sparked popular unrest in Europe and the US, filmmakers under the influence of Bertolt Brecht, Frantz Fanon and their own particular brand of socialism began using the moving image to expose, theorise and incite.

Numerous agit-prop cabals sprang up, among them Godard’s Dziga Vertov Group, Cinegiornali Liberi in Italy, the Revolutionary Cinema movement in Turkey, the Art Theatre Guild in Japan, the Newsreel Collective in the United States, the Imperfect Cinema movement in Cuba and Grupo Cine Liberación in Argentina.

Two members of the latter, Fernando E. Solanas and Octavio Getino, did much to focus the decade’s blizzard of ideas in their 1969 manifesto, ‘Towards a Third Cinema’. They encouraged filmmakers to embrace revolutionary concepts, subvert cinematic convention and combat passive spectatorship in exploring themes relating to class, race, gender, identity, power, oppression, poverty and violence.

This dialogue with history retains its relevance five decades on – as these 10 explosive films testify. 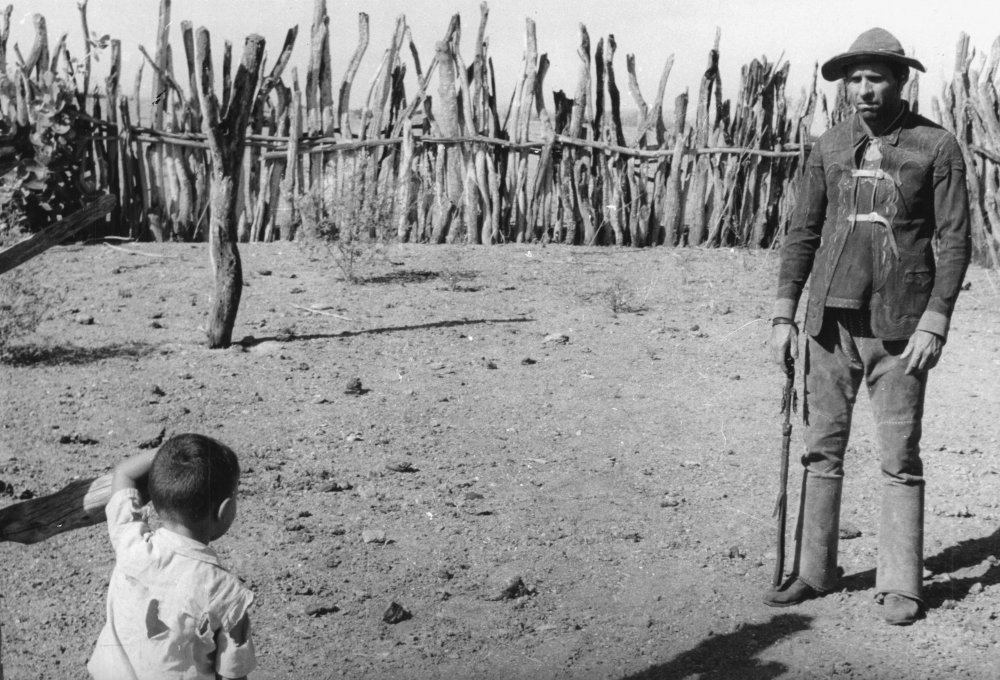 Santos had sewn the seeds with Rio 40 Graus (1956) and Rio Zona Norte (1957), which launched the process of decolonising the image and content of Brazilian film. But, from the opening long shot of some ‘retirante’ migrants traversing a scorched landscape to the grating sound of ox-cart wheels, a bolder starkness and more radical humanism pervaded this adaptation of a 1938 Graciliano Ramos novel – one that’s frequently compared to John Steinbeck’s The Grapes of Wrath. Filming in ‘God’s light’, Santos and cinematographer Luiz Carlos Barreto spare neither the peasants, their pets, nor the audience, as a family’s bid to become “real people” exposes the savagery and injustice of Brazilian society. 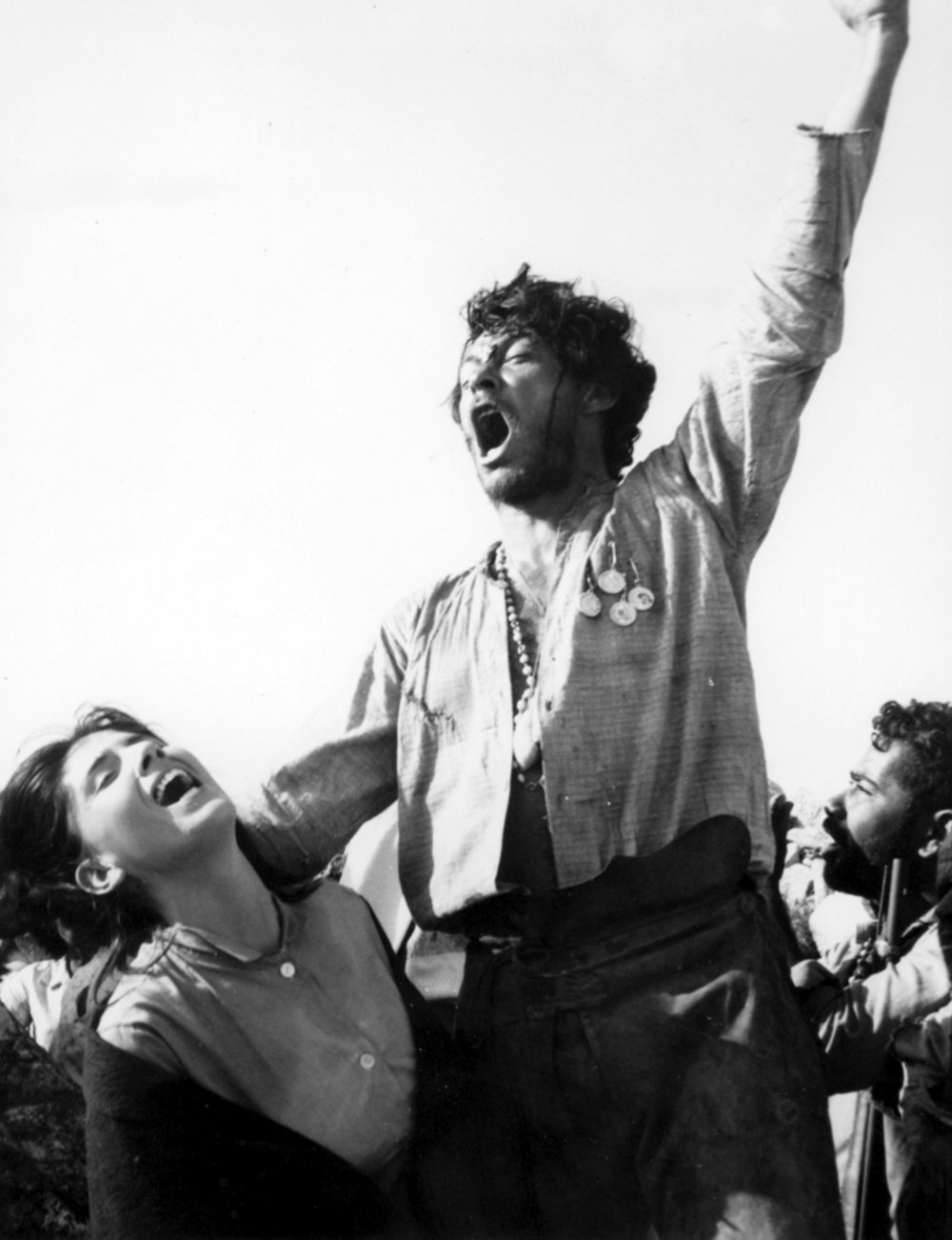 Director Glauber Rocha operated according to the maxim, “A camera in the hand and an idea in the head.” He was 25 when he made this sertão western, which he claimed emerged from “the savage strength of the lunacy of surrealism”. Set in the 1930s, the action blends politics, folklore, religion, literature and music as it chronicles the encounters a cowherd and his wife have with a self-styled prophet, the assassin sent to eliminate him and the revolutionary bandit determined to foil the plot.

With Rocha trying to shoehorn in homages to John Ford, Sergei Eisenstein, Roberto Rossellini, Luchino Visconti, Akira Kurosawa and Luis Buñuel, it’s very much a film of two halves, with the frenetic new waviness of the mythological opening giving way to a sedate dose of stylised reality. But the effect is unforgettable, and Rocha would follow up this treatise on the perils of poverty in a 1965 manifesto, The Aesthetics of Hunger, and a 1969 sequel, Antonio das Mortes. 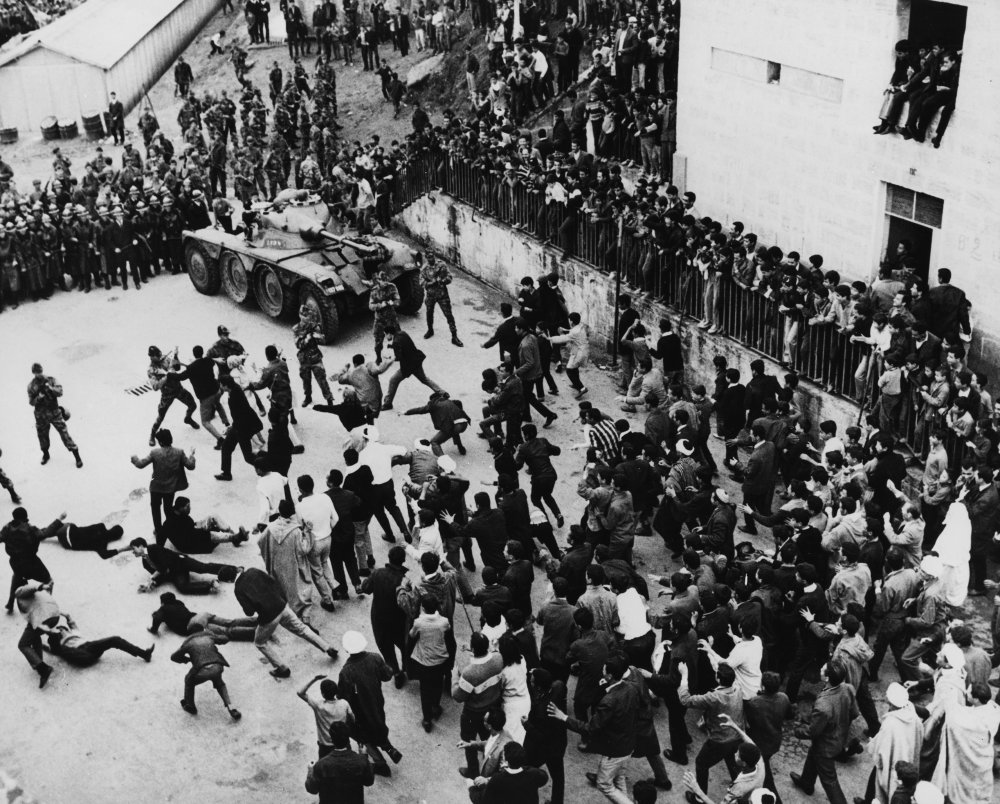 When Gillo Pontecorvo went to Algeria in 1962 to research a drama about the armed struggle against France, he planned to build his story around a paratrooper-turned-journalist played by Paul Newman. Naturally, when National Liberation Front (FLN) military chief Saadi Yacef sought to commission his own film, he rejected this scenario with the same alacrity with which Pontecorvo branded the FLN’s own outline “sickeningly propagandistic”.

They found common ground by placing the masses, who had replaced individual heroes in Soviet revolutionary cinema, in the kind of authentic settings favoured by the neo-realists, thereby succeeding in making the casualties of both colonial repression and revolutionary terror feel like innocent victims. Half a century later, the effect remains devastating and potently pertinent. No wonder critic Pauline Kael dubbed Pontecorvo “the most dangerous kind of Marxist, a Marxist poet”. Despite winning the Golden Lion at Venice and receiving three Oscar nominations, this “fiction written under the dictatorship of fact” was banned in France until 1971. 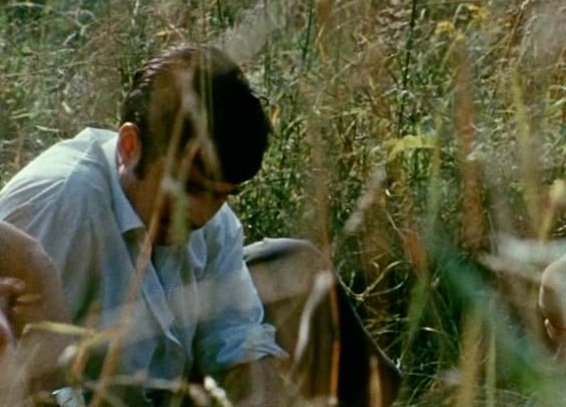 Inspired by the events of May 68 in Paris, Jean-Luc Godard decided to eschew authorial filmmaking for a collective form that would enable him to redefine the relationship between cinema and society. “The problem is not to make political films,” he declared, “but to make films politically.” Eventually, he would collaborate with Jean-Pierre Gorin under the banner of the Dziga Vertov Group, but his first attempt to fashion a cinematic style compatible with his shifting ideological stance was produced for his own Anouchka Films company in June 1968.

It was a film like any other only in so far as it juxtaposed sounds and images. Recording a discussion in a field between three students from Nanterre attending the University of Vincennes and two workers from the Renault plant at Flins, Godard avoided showing talking heads and drowned out the debate with quotations on the soundtrack from various political texts. More potent, however, is the silent monochrome montage showing police brutality against the Soixante-Huitards. 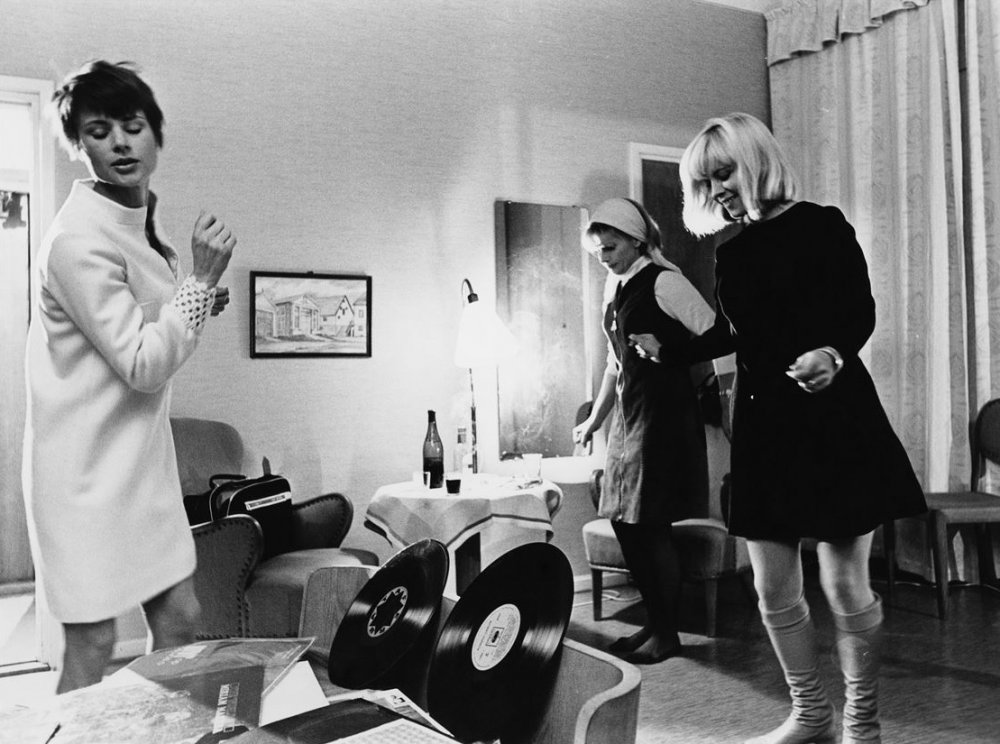 Having ruffled feathers by exploring the emotions of three expectant mothers in Loving Couples (1964), Swedish actor-turned-director Mai Zetterling focused on the issues hindering women’s liberation in this wittily assured feminist manifesto. It’s clear during rehearsals for a touring production of Lysistrata that actors Liz (Bibi Andersson), Marianne (Harriet Andersson) and Gunnila (Gunnel Lindblom) have differing views on Aristophanes’ parable on the revolt of the Athenian women against their menfolk. Yet, while Liz is prepared to confront the dozing audience at one performance and the male-gazing journalists at a press conference, she remains aware of her need to be lauded as an artist and admired as a woman.

Using the play to spark flashbacks and reveries commenting on the trio’s unsatisfactory relationships and attitudes to motherhood, Zetterling flecks her Bergman-esque saga with mischievous new wave gambits. These not only challenge the complacent chauvinism of Swedish society, but also expose the obstacles women have to overcome to achieve emancipation. 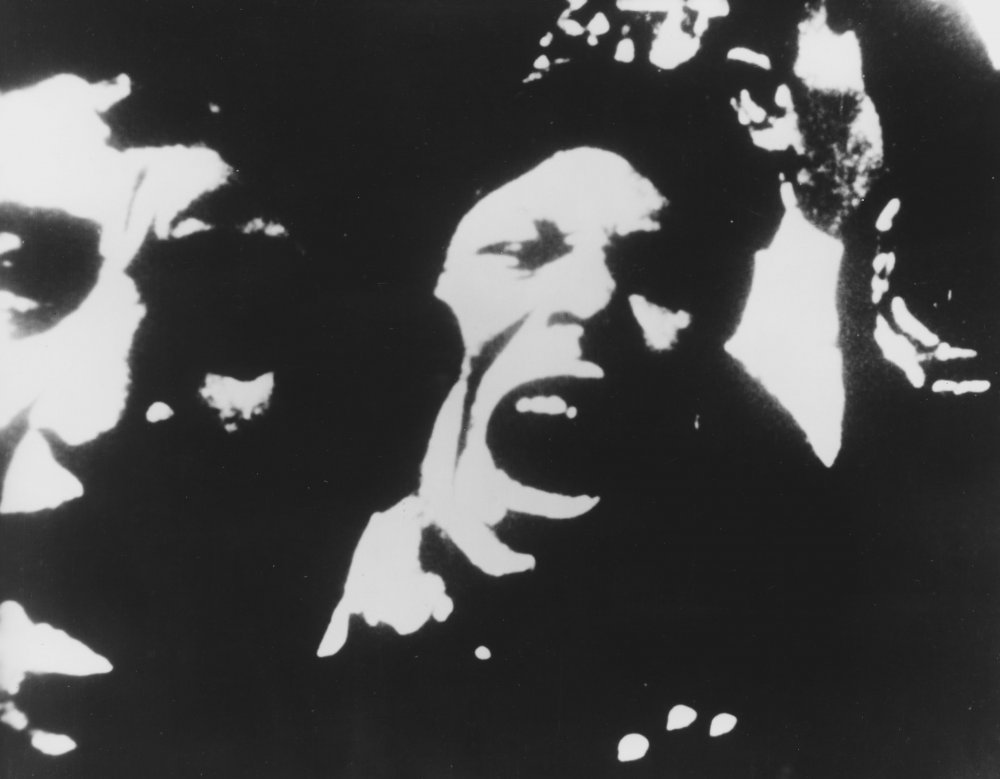 Taking its title from Che Guevara’s citation of a phrase by 19th-century Cuban patriot José Martí and subtitled ‘Notes and Testimonies on Neocolonialism, Violence and Liberation’, The Hour of the Furnaces ranks among the most important political tracts in screen history. Fernando Solanas and Octavio Getino began gathering material in 1965 under the auspices of the Grupo Cine Liberación, which organised clandestine screenings of the 260-minute documentary after it was outlawed by the Argentinian government.

Taking cues from the likes of Dziga Vertov, Joris Ivens, Santiago Álvarez and Jean-Luc Godard, the pair melded archive material with intertitles, graphs, interviews and reconstructions to form a collage that was intended to spark debate and action. In 1969, Solanas and Getino published their manifesto, ‘Towards a Third Cinema’, which called for the replacement of First (industrial) and Second (auteur) filmmaking with a guerilla brand that would foster revolutionary change. Some passages look a little naive today, but this remains an audacious aesthetic and theoretical achievement. 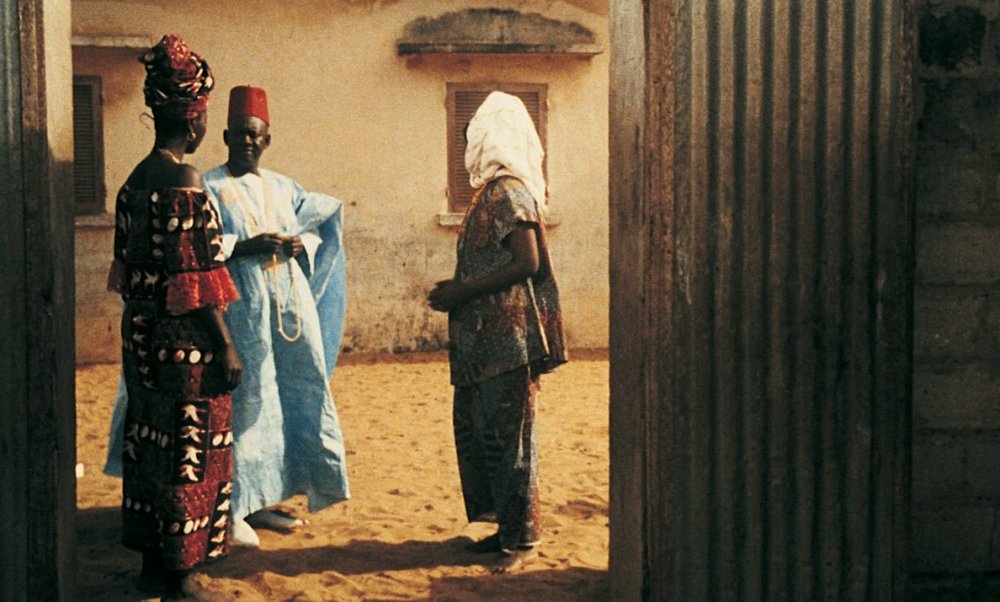 Adapted from his own novel denouncing the individualism encouraged by capitalism, Ousmane Sembène’s second feature was his first in colour and in his native Wolof language. Although a Marxist trained at the VGIK film school in Moscow, Sembène brings an Ealing-esque piquancy to the story of a man from a poor district of the Senegalese capital of Dakar, whose comfortable existence crumbles around him after he receives a money order for 25,000 francs from his street-cleaning nephew in Paris.

Sembène pokes gentle fun at the bureaucratic hurdles that Makhouredia Gueye needs to overcome to get his cash. But his deceptively scathing ire is reserved for the grasping shopkeeper and his corrupt business associate, who exploit the traditional concept of communal solidarity to swindle the illiterate Gueye and leave him dehumanised and deep in debt. Despite his polygamous anti-hero being a pompous prig, Sembène can’t help but sympathise, as he’s emasculated by his brush with the forces of neo-colonialism. 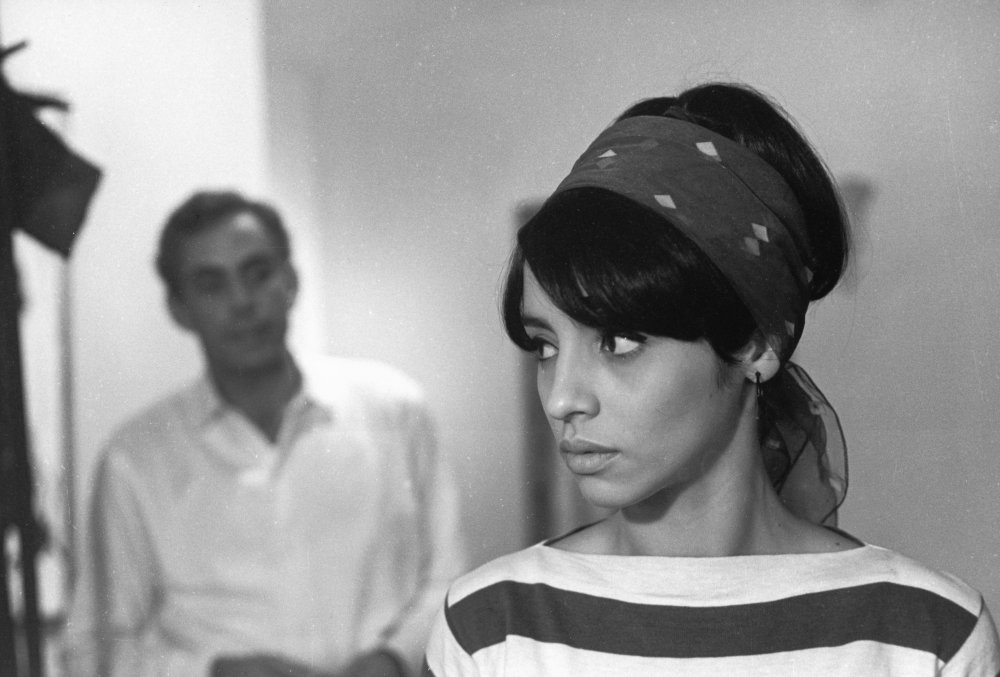 Cuban director Tomás Gutiérrez Alea believed that cinema had a duty to criticise. He combined subtle subversion and stylistic audacity in this edgily satirical and immensely courageous adaptation of an Edmundo Desnoes novel critiquing Fidel Castro’s hollow triumphs during his first decade in power. Sergio Corrieri excels as the bourgeois writer struggling to adapt to the realities of the revolution, which has driven his family into exile and rendered him all but extraneous.

Alea’s use of secondary material to counterpoint his fragmented narrative recalls the work of New Wavers such as Godard and Alain Resnais, and his film still has a powerful relevance in a world where the democratisation of society has seen ideas replaced by indifference and action by apathy. Rarely has state-sponsored propaganda discussed Marxist ideology with such trenchancy and wit, while sitting carefully on the fence. 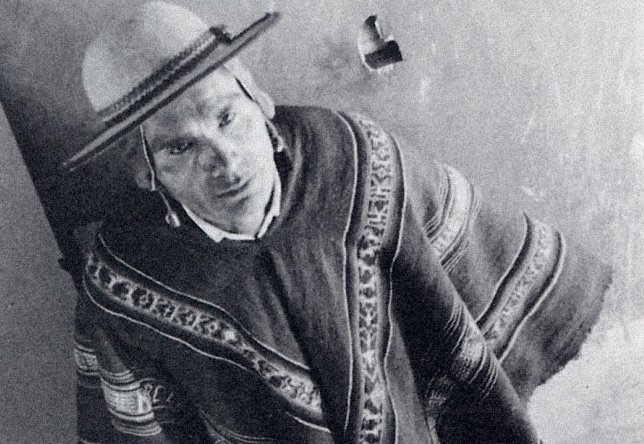 “The work of revolutionary cinema,” Bolivian director Jorge Sanjines insisted, “must not limit itself to denouncing, or to the appeal for reflection; it must be a summons for action.” Hence, this landmark in screen militancy ends with a freeze frame of rifles raised in the air. Inspired by actual events, Blood of the Condor very nearly didn’t get made, as the Quechua-speaking Indians spurned Sanjines and his Ukamau Collective. It took a coca-leaf ritual performed by a yatiri soothsayer to persuade them to participate.

Structurally complex, the flashbacking story revolves around a man’s desperate search for blood in La Paz, after his tribal chief brother is shot for resisting the Progress Corps’ bid to sterilise the women of the Andean community of Kaata. When Washington ordered the banning of this unflinching condemnation of American imperialism, a riot broke out. As a result, not only was the film shown, but President Juan José Torres also outlawed the Peace Corps in 1971. 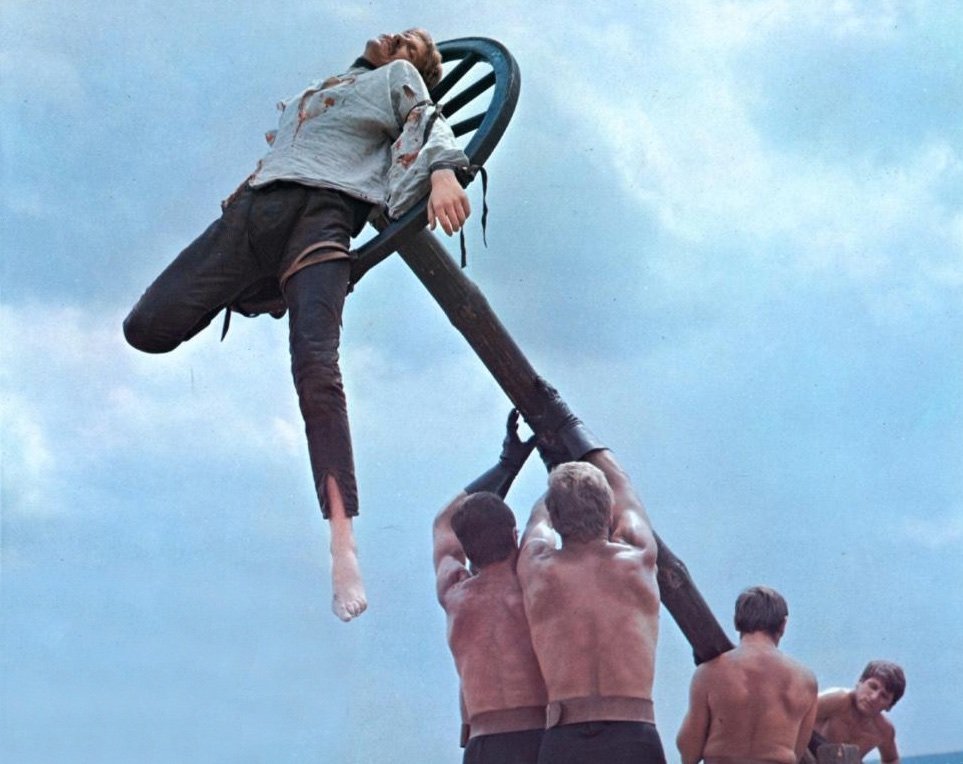 Opening with footage of 1968 street confrontations, Volker Schlöndorff’s adaptation of Heinrich von Kleist’s 1810 novella consciously sets out to capture the spirit of its times. However, in debuting at Cannes alongside such other revolt-themed pictures as Lindsay Anderson’s If…., Dennis Hopper’s Easy Rider, Bo Widerberg’s Adalen 31, Costa-Gavras’s Z and Glauber Rocha’s Antonio das Mortes, it rather got lost in the mix.

Perhaps the students of the day rejected the film because they resented their depiction as hotheads pinballing between ideology, love-making and violence. The West German authorities certainly took a dim view of the story of a 16th-century horse trader who turns to terror to avenge himself on the nobleman who had swindled him. But, in drawing on the Hollywood and spaghetti western tradition of the heroic outlaw to kick against the nostalgic patriotism of the Heimatfilm genre, Schlöndorff was actually warning that righteous but unfocused fury is insufficient in seeking to overthrow the establishment.