Anything went for a brief period in Hollywood at the start of the sound era, when suggestions of sex, sin and sordidness were all waved through by the censors. Here are 10 films that pushed the envelope. 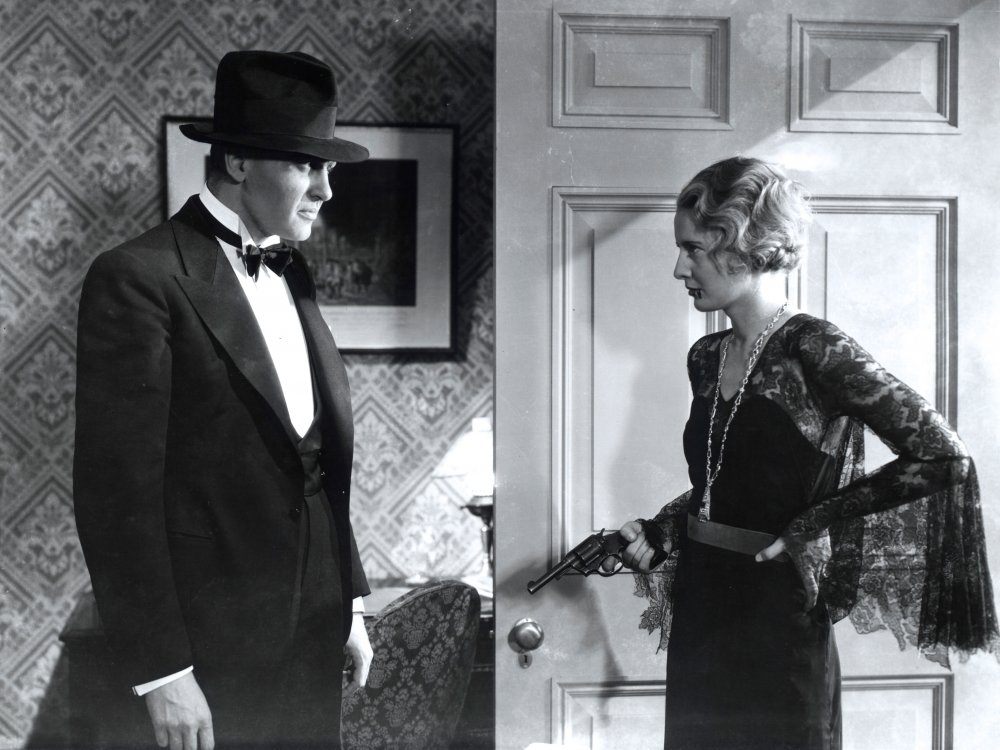 The phrase ‘pre-Code Hollywood’ conjures up a world of on-screen permissiveness and vice. This was in the early 1930s, at the beginning of the sound era, and before the censors ramped up to spoil the fun.

Yet ‘pre-Code era’ is actually one of the great misnomers of Hollywood history. In fact, all of the films produced during this fabled period appeared after Will H. Hays’ introduction of the ‘1930 Code to Govern the Making of Talking, Synchronised and Silent Motion Pictures’, which was a list of ‘don’ts and be carefuls’ demanded by various social and religious pressure groups to prevent cinema from corrupting American morals.

But the early upholders of the Hays Code struggled to impose themselves on studio chiefs, who recognised that a dash of sin was crucial to filling theatres during the Great Depression. Consequently, suggestions for toning down screenplays and cutting potentially offensive passages were routinely ignored: gangsters and monsters ran riot, corrupt politicians and greedy tycoons made hay, and wives and husbands alike succumbed to the temptations proffered by decadent playboys and loose women.

It was only after the code was reinforced by the establishment of the Production Code Administration in 1934, following pressure from the Catholic Legion of Decency, that Hollywood began to be tamed. Under the stewardship of Joseph I. Breen, the Production Code set the tone for the so-called golden age of Hollywood. But it also prevented the frank discussion of the less seemly aspects of daily life that had become the norm as filmmakers seized the potential of the talkies to tell it as it is.

Here are 10 classics from that brief age of anything goes. 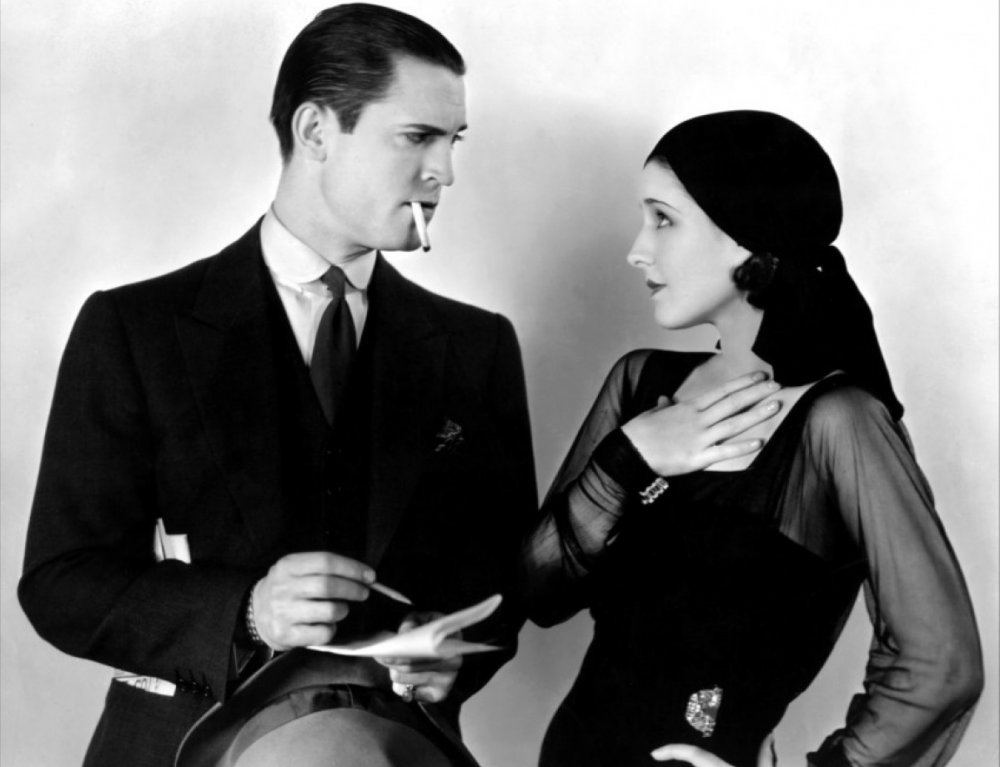 To appreciate the Production Code’s impact on Hollywood, contrast model wife Norma Shearer’s response to being cuckqueaned in this epitome of risqué chic and in George Cukor’s The Women (1939). While she suffered in silence at decade’s end, in The Divorcee Shearer exacted swift revenge on her cheating husband (Chester Morris) by bedding the best man (Robert Montgomery) and then embracing hedonistic abandon.

Irving G. Thalberg, who was Shearer’s spouse and boss at MGM, had wanted Joan Crawford to headline this adaptation of an Ursula Parrott bestseller, which was considered so scandalous that the Hays Office refused to let the studio use its racy title, Ex-Wife. But Shearer commissioned a series of seductive snapshots to convince hubby that she was the woman for the job. She not only won the Oscar for best actress, but also continued to demonstrate that she could handle bad girl roles in A Free Soul (1931), which brought her another nomination. 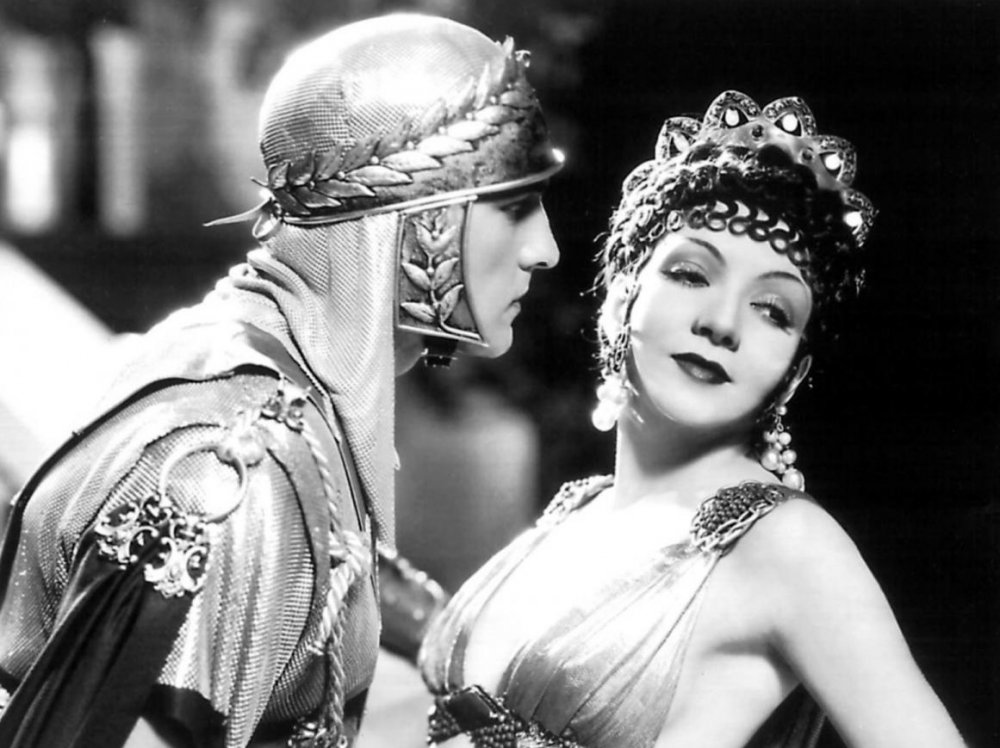 Cecil B. DeMille had honed his patented brand of salacious sinfulness and sanctimonious sermonising during the silent era and saw the Code as a challenge rather than a constraint. Yet, while this adaptation of Wilson Barrett’s play contains such saucy moments as Poppea (Claudette Colbert) bathing in asses’ milk and Ancaria (Joyzelle Joyner) gyrating in the ‘Dance of the Naked Moon’, it’s the scenes of violence at the Circus Maximus that prove more provocative than even the orgies and the homosexuality. In addition to Amazonians beheading and skewering victims in the arena, garlanded nubiles are menaced by alligators and gorillas, while elephants and tigers toy with their victims.

DeMille insisted he had refused all requests to cut the more flagrant material, but he did make concessions in 1944 when he reissued the film with a 10-minute prologue comparing the dictatorial barbarity of Nero (Charles Laughton in his Hollywood debut) and Adolf Hitler. 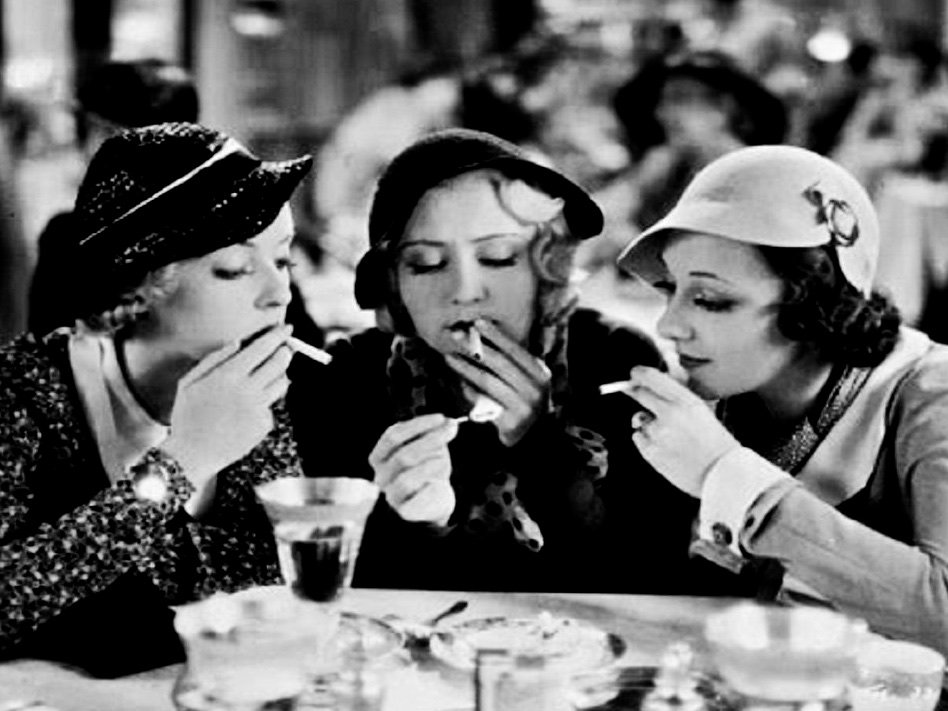 Childhood friends Joan Blondell, Bette Davis and Ann Dvorak wade knee-deep in adultery, addiction and abduction in this sordid Mervyn LeRoy melodrama. Yet it earned the whole-hearted approval of the Hays Office because the villains (including a pre-fame Humphrey Bogart) were punished for their crimes.

Doomed by being the last to light her cigarette from a single match, Dvorak excels as the lawyer’s wife who pays the ultimate price for running off with gangster Lyle Talbot. But, while Davis went on to greatness, Dvorak’s career faltered after she let her agents turn her head, leaving Blondell to become the pre-Code poster girl. Blondell went on to endure spousal abuse in Smarty (1932), sang ‘Remember My Forgotten Man’ in Gold Diggers of 1933 and resisted the advances of a corporate predator in Convention City (both 1933). The last of these Jack L. Warner had destroyed after the Code was reinforced because he knew it would never receive an exhibition certificate. 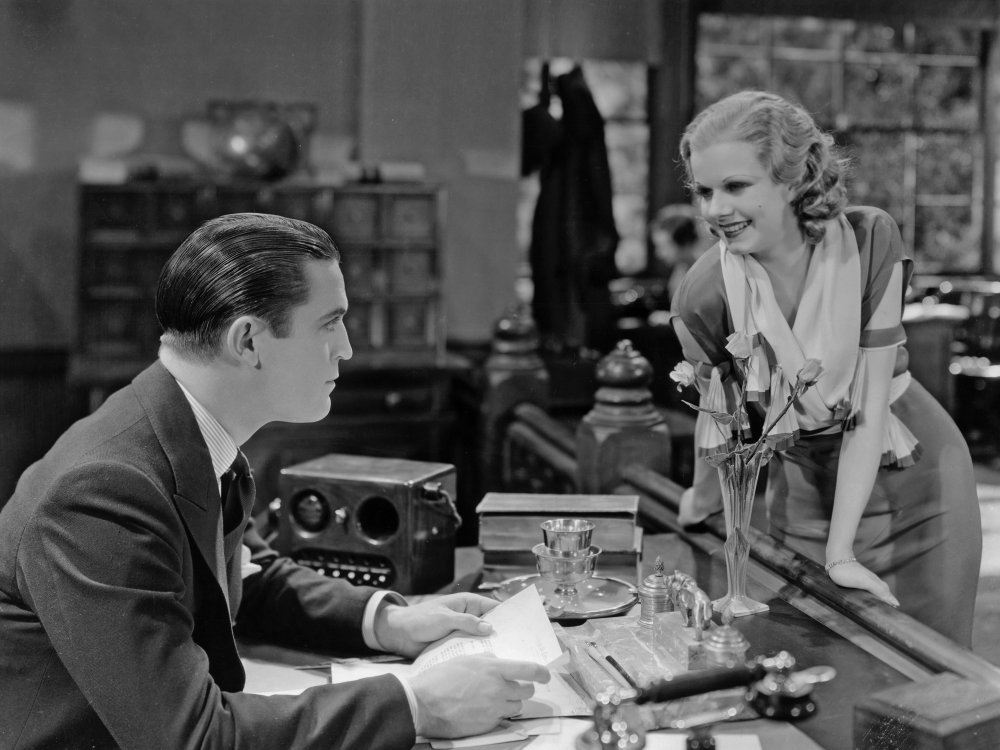 Homewreckers rarely prospered in Hollywood pictures, but Lil Andrews not only gets away with stealing Leila Hyams’ husband, but Chester Morris also refuses to press charges when she shoots him and Lil flits off to Europe to continue her gold-digging adventures with chauffeur Charles Boyer.

Frustrated by F. Scott Fitzgerald’s po-faced attitude to “wicked lady novelist” Katherine Brush’s raunchy bestseller, Irving Thalberg recruited Anita Loos to make it clear that Lil enjoyed her power over men and the ill-gotten gains it brought her. Meanwhile, Loos’ knowing wit ensured that any Hays qualms were allayed by making Lil a kittenish caricature who uses her blonde locks and diaphanous gowns as weapons in the battle of the sexes. Silent sirens Clara Bow and Colleen Moore were mentioned in casting dispatches, as were Barbara Stanwyck, Joan Crawford and even Greta Garbo. But Thalberg plumped for Harlow, who stood alongside Mae West as one of the era’s most gleefully impenitent vamps. 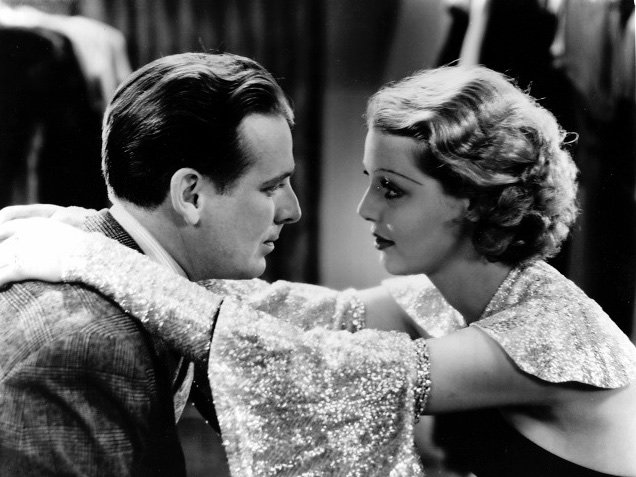 Warren William is the pre-Code King and this reworking of a David Boehm play reinforces some of anti-capitalist sentiments found in Skyscraper Souls (1932), which had cast William as a womanising banker. In the role of Kurt Anderson inherited from Edward G. Robinson, he oozes cynical charm and casual cruelty, as he is headhunted to rescue the world’s biggest department store. He promptly abuses his position to destroy the relationship between milquetoast assistant Martin West (Wallace Ford) and his shopgirl wife, Madelene (Loretta Young).

The way in which Anderson uses the vixenish Polly Dale (Alice White) to compromise his competitors is sordid enough, but the sequence in which he takes advantage of the sleeping Madelene assumes a freshly shocking resonance in our #MeToo times. Equally arresting is the unjustly overlooked Ruth Chatterton’s turn as the sexually liberated boss in Michael Curtiz’s Female (1933). 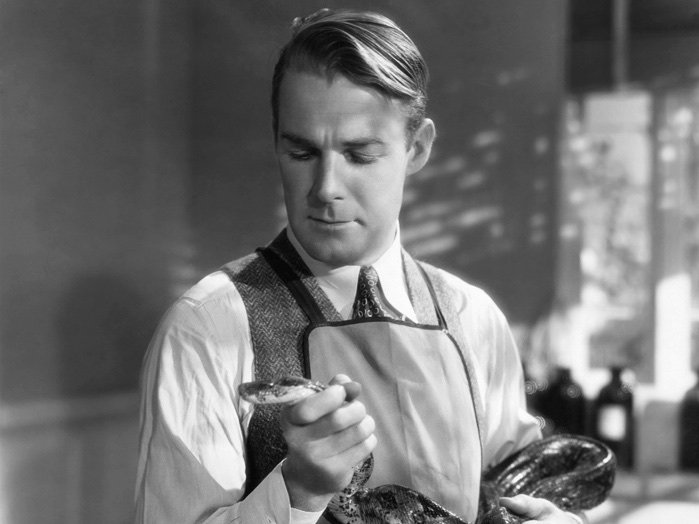 Most Hollywood pictures produced between 1930-34 were routine entertainments rather than taboo-tackling Codebusters. However, the gangster and monster cycles at Warners and Universal did push envelopes, as did the likes of Freaks (1932) and King Kong (1933). Paramount followed its gruesome H.G. Wells adaptation, Island of Lost Souls, with this dystopic Deco drama about a big-game hunter’s obsessive jealousy over his trophy wife. 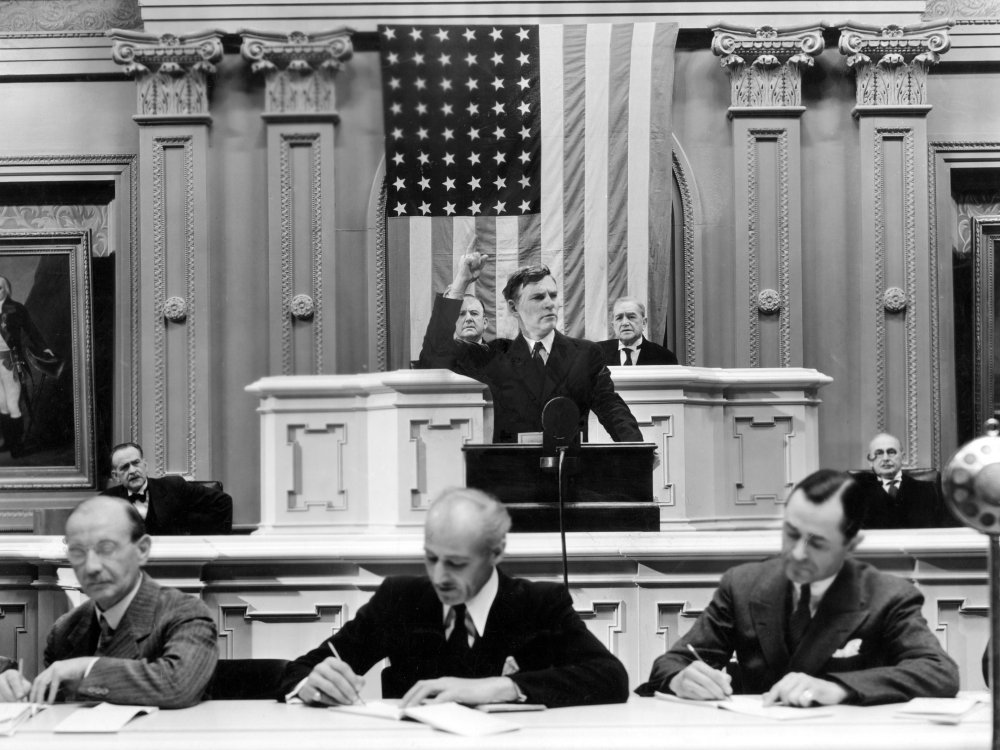 Just three years after headlining D.W. Griffith’s Abraham Lincoln (1930), Walter Huston plays quasi-fascist President Judson Hammond, who seizes the reins of power to deliver America and a troubled world from its woes. It may sound like a swamp-draining Trumpist fantasy, but this adaptation of Thomas F. Tweed’s novel, Rinehard, was sponsored by press baron William Randolph Hearst (who wrote some of Hammond’s more demagogic dialogue) to show his support for the newly inaugurated President Roosevelt.

As a staunch Republican, MGM boss Louis B. Mayer did all he could to delay the story of a party stooge who becomes his own man after experiencing a celestial visitation. As a result, he not only dispenses with Congress, imposes martial law and summarily executes bootleggers, but also uses a show of force to coerce Europe into repaying its Great War debts. The Hays Office was affronted, but this unapologetic paean to totalitarianism was released with few changes. 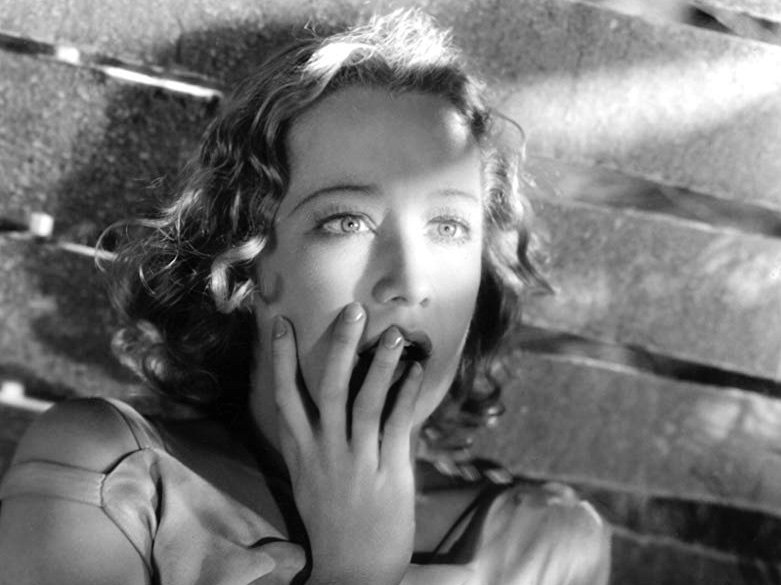 Working girls Dorothy Mackaill and Carole Lombard have it tough in Safe in Hell (1931) and Virtue (1932), but neither suffers quite like Miriam Hopkins in this Southern Gothic saga that ranks among the most relentlessly gruelling features of the pre-Code era. Having displayed a delicious amorality in Ernst Lubitsch’s peerless screwball Trouble in Paradise (1932), Hopkins descends into degradation in this audacious adaptation of the notorious William Faulkner novel Sanctuary, which the Hays Office had declared unfilmable.

As a skittish socialite who swoons into the clutches of brutish mobster Jack La Rue, Hopkins is less a fallen woman than a good-time girl who loses her way during a walk on the wild side. Indeed, it’s even implied that she’s complicit in her own rape and drift into prostitution and murder, as director Stephen Roberts makes unsettling use of intrusive close-ups and off-screen screams to convey her ordeal. Time has done nothing to diminish the shock value. 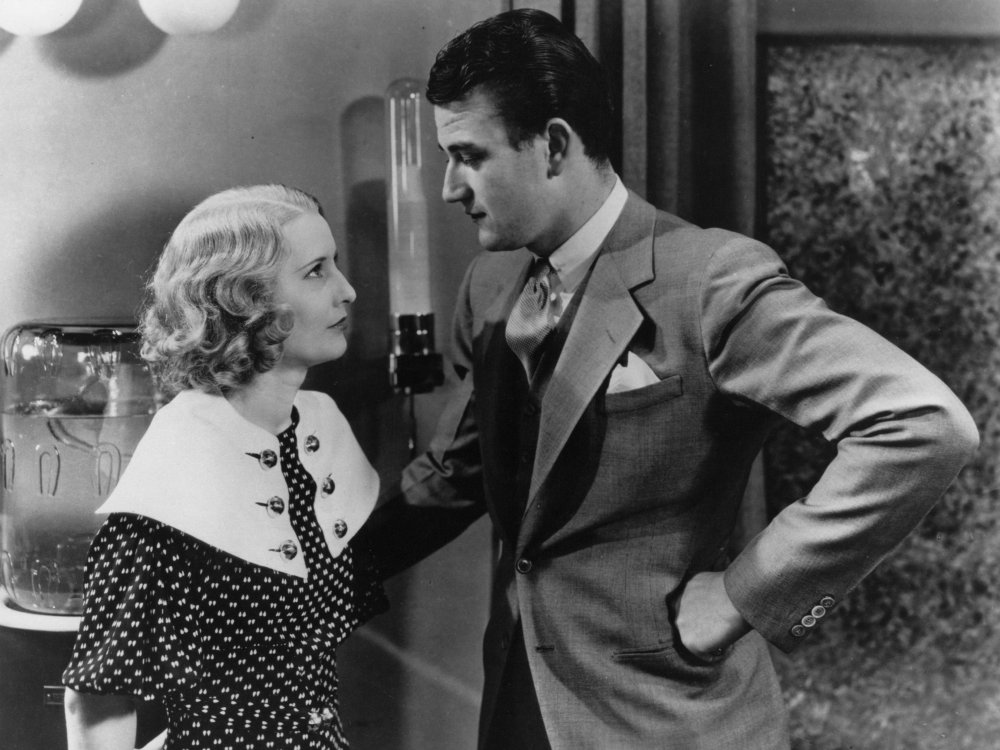 Whether questioning a doctor’s methods in Night Nurse (1931), pursuing passion over respectability in Forbidden (1932) or ruling the roost in San Quentin in Ladies They Talk About (1933), Barbara Stanwyck typified the pre-Code image of self-sufficient womanhood. In this Warner riposte to MGM’s Red-Headed Woman, Lily Powers lives up to the tagline “She had it and made it pay” by using the tricks she’d picked up keeping the customers satisfied at her pimping father’s sleazy speakeasy to sleep her way to the top of a swanky New York bank.

Based on a scenario that Daryl F. Zanuck devised with Stanwyck and sold to the studio for a dollar, the film not only appalled the Legion of Decency with its Nietzschean attitude to exploiting malleable men, but it also ruffled feathers with the depiction of the close association between Lily and her black confidante, Chico (Theresa Harris). Despised by some feminist critics, Baby Face remains potent and pertinent. 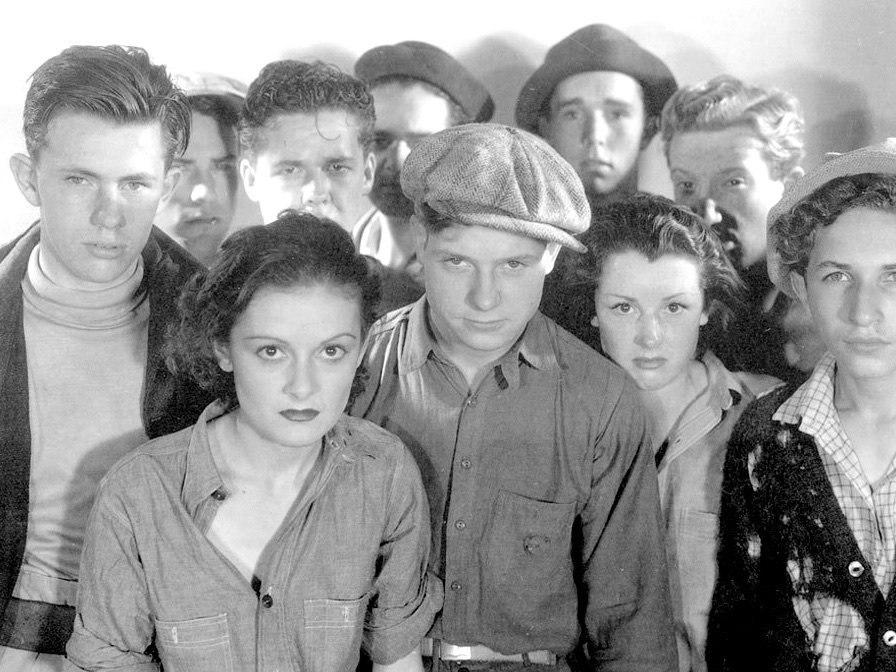 The ridiculously prolific William A. Wellman directed 20 features during the pre-Code era, including such landmarks as The Public Enemy (1931), in which James Cagney famously thrust a grapefruit into Mae Clarke’s face. He also made two of the period’s most significant social-realist tracts, as he followed the chronicle of a war veteran’s drug addiction in Heroes for Sale (1933) with this adaptation of Daniel Ahern’s story, ‘Desperate Youth’. A Steinbeckian picaresque, the episodic and often accusatory action relates the rail-riding adventures of high-school dropouts Frankie Darro and  Edwin Phillips, as they seek work at the height of the Depression to help their struggling middle-class families.

Despite its commitment to ‘problem pictures’, the Warner front office had misgivings about the scene in which Phillips’s leg is crushed by an oncoming train. But Wellman insisted on the authentic depiction of everyday dangers and living conditions and cast real hobos for the sewer pipe and city dump Hooverville sequences.