It really isn’t over until the fat lady sings, as these 10 films bring the best of grand opera to our screens. 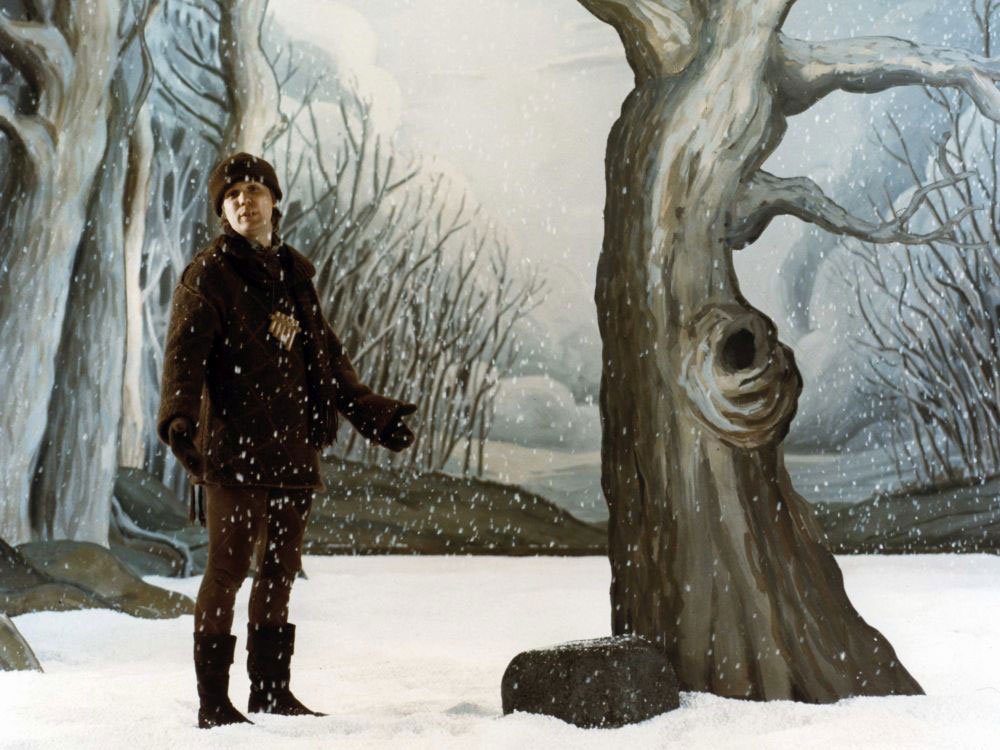 The Magic Flute is back in cinemas from 16 December 2017

Buy tickets for The Magic Flute at BFI Southbank

Long before Hollywood made an industry out of transposing Broadway musicals to celluloid, there were centuries of accomplishment in another medium that blended great singing, orchestral scoring, dramatic storytelling and expressive set and costume design. No wonder Richard Wagner termed his revolutionary approach to operatic composition a ‘gesamtkunstwerk’ – a total work of art. At its best, the world of opera offers an almost overwhelming multimedia fusion of extraordinary creativity.

On a good night, the sheer spectacle whereby hundreds of diverse talents pull together to bring a timeless musical drama by Mozart, Verdi or Wagner alive before your very eyes is something that can’t easily be replicated anywhere else.

On a good night, that is.

Yet it’s also fair to say that for newcomers and seasoned campaigners alike, opera in the theatre can be a problematic experience. Those of us on mere mortal budgets will doubtless find ourselves in the cheap seats, where you literally need binoculars to see what’s going on on stage, inevitably leaving us at some distance from the intimacies and emotional revelations key to the stories being told.

That’s why the opera film can often provide a special experience – using the benefits of one artform to deliver the best of another. Below are 10 examples in which filmmakers have used their artistry to deliver the passionate essence of the great operas, sometimes liberating them from the confines of the proscenium arch, always drawing us closer to a sense of emotional communion that’s not always achievable in live performances. 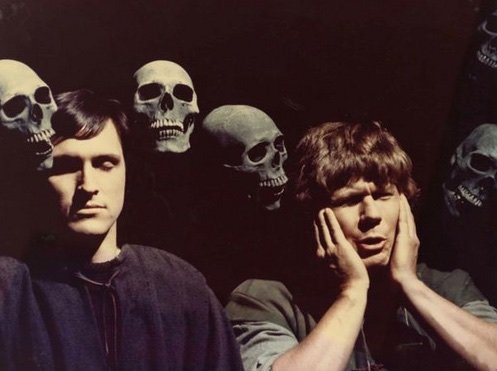 As a child, Ingmar Bergman was taken to see Mozart’s fantasy opera The Magic Flute at the perfectly preserved 18th-century theatre at Stockholm’s regal Drottningholm Palace. He never forgot the occasion, and when he came to make this film of the Mozart to mark the 50th anniversary of the Swedish state broadcasters, his approach was not just to shoot the opera itself but also to register the mesmerised faces of the audience watching it. His problem however, was that the woody interior at Drottningholm was too much of a fire risk to be used for filming, so Bergman rebuilt his own version in the studio, faithfully recreating the painted flats and rudimentary special effects in keeping with period style.

With its tale of innocence and sorcery, in which love triumphs over the forces of darkness, it’s certainly lighter fare than much of Bergman’s other work, displaying a palpable sense of engagement in getting the best performances out of his young cast of singers. Utterly charming it is too, and where else in the Bergman filmography will you find on-screen cue-cards so the audience can sing along – in Swedish, of course! 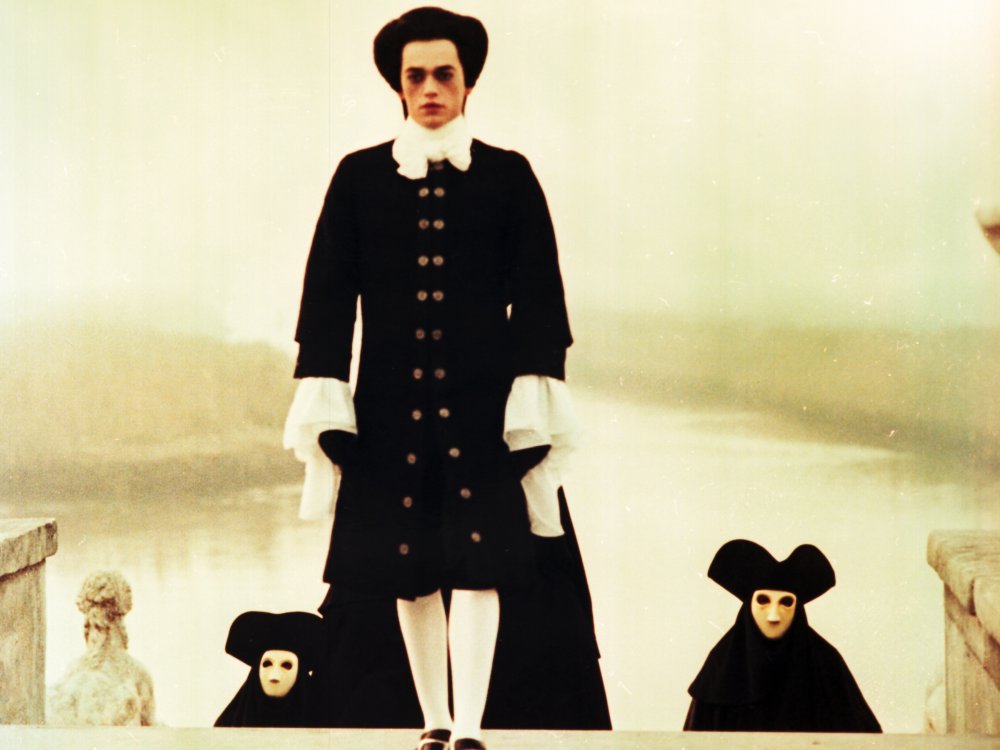 It may have premiered in 1787, but the subject matter of this Mozart masterpiece always seems to keep it contemporary – there’s something about the exploits of a serial sexual seducer which never dates. This lavish offering from ever-provocative American expat Joseph Losey takes a classical approach to the material’s eternal verities. In the central role, splendid baritone Ruggero Raimondi never tries to pass off the Don as some charismatic heartbreaker. Instead there’s a vicious cruelty in his performance, set against the swirling capes and architectural splendours of the film’s Vicenza and Venice locations.

Losey, apparently, claimed never to have seen a production in the theatre, and presents the drama on a grand scale, which provides a fitting context for the performers rather than overwhelming them. He even comes up with an effective invention of his own, accompanying the errant Don throughout with a mute, black-clad servant – conscience figure, or harbinger of fateful doom? 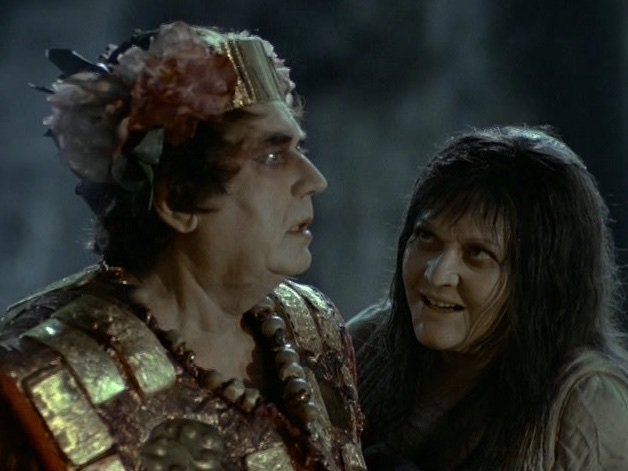 Among the most storied opera directors of his generation, Götz Friedrich gained enough cultural cachet to bring Richard Strauss’s out-there expressionist masterpiece to the big screen, overcoming the usual hurdles of lip-synching to combine the vividness of live performance with the intimacy afforded by the camera.

In this setting of the Greek myth, Viennese soprano Leonie Rysanek is frankly gob-smacking in the title role, summoning a feral howl of anger and anxiety after her mother Clytemnestra killed her father – and may be looking to eliminate her next. In one continuous act, the tension slowly builds towards anticipated carnage, all made hugely effective by Friedrich’s setting in a rain-lashed ruined landscape, bringing to mind the haunted canvasses of contemporary German artist Anselm Kiefer. Full-on stuff, sustained by a powerful rendition of the startling score under veteran conductor Karl Böhm – father of the twitchy leading man in Michael Powell’s game-changing 1960 psychological thriller Peeping Tom. 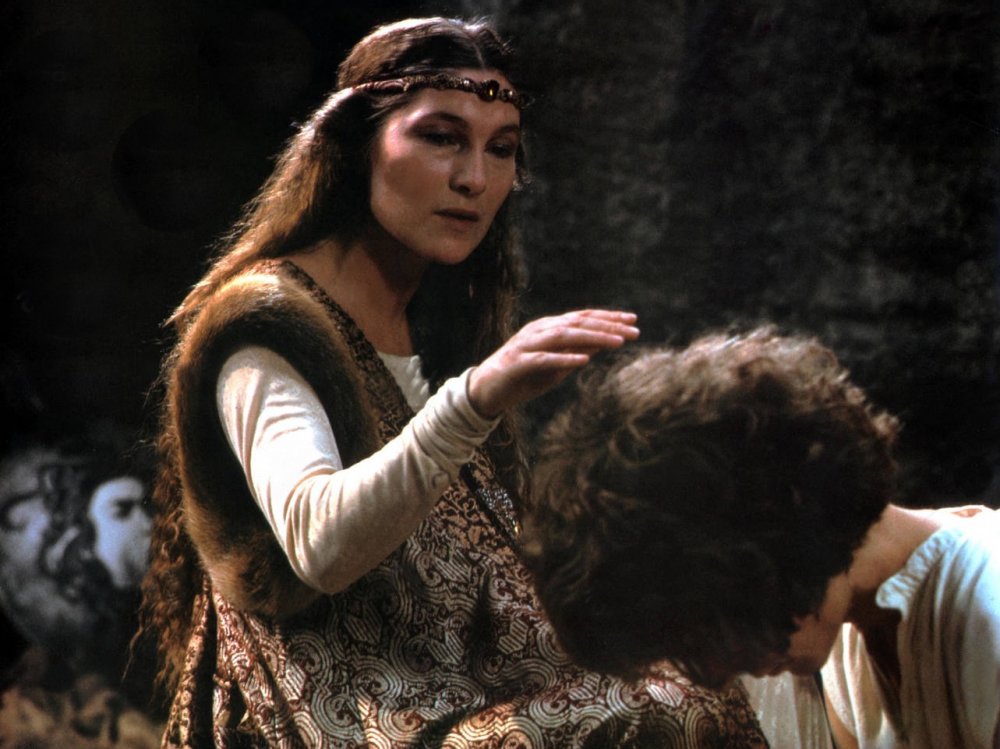 After his seven-hour magnum opus Hitler: A Film from Germany, director Hans-Jürgen Syberberg sought to continue his exploration of the cultural roots behind his nation’s troubled history, and took on this production of Wagner’s last, most controversial opera, to mark the 100th anniversary of its first performance at Bayreuth.

Recording the music first allowed him to cast famed German actor Edith Clever in the pivotal role of the accursed sorceress Kundry, feature conductor Armin Jordan as the wounded king of the Holy Grail Knights, and portray the story’s eponymous sainted innocent as both male and female. Lengthy takes showcase the flowing lines of Wagner’s epic score, creating a cumulatively hypnotic atmosphere, as the parable of sexual guilt and spiritual redemption unfolds on a studio set that’s actually a huge mock-up of Wagner’s death mask. It’s evidently not for all tastes, but Syberberg’s sheer conviction draws us into a one-of-a-kind viewing experience that’s entirely different from seeing the work on stage. 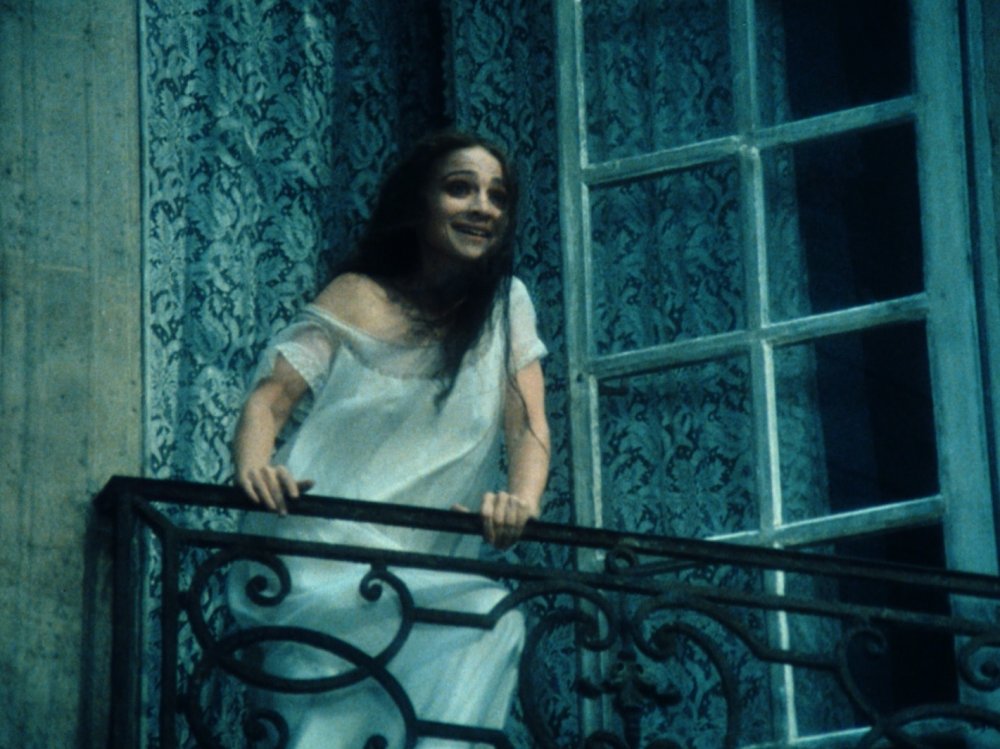 Never much of a film critics’ favourite, Franco Zeffirelli was a towering figure in the opera world as both designer and director. His facility for bringing genuine emotional veracity to the Italian repertoire of Verdi and Puccini, while still providing spectacle on a grand scale, put his productions in the repertoire of all the great opera houses for decades.

His 1982 staging of La traviata shows him at his best, where the gilded settings are sumptuous enough to out-Visconti Visconti, yet the human drama remains convincing and affecting. It’s a tragic love story, of course, and Canadian soprano Teresa Stratas has the slender frame and drawn expression to carry off the crucial role of the consumptive heroine. She’s ably supported by suave tenor Plácido Domingo in his prime, both of them scaling back the vocalising so they always seem to be singing to the viewer rather than the back of the gallery. Be prepared for final act tears. 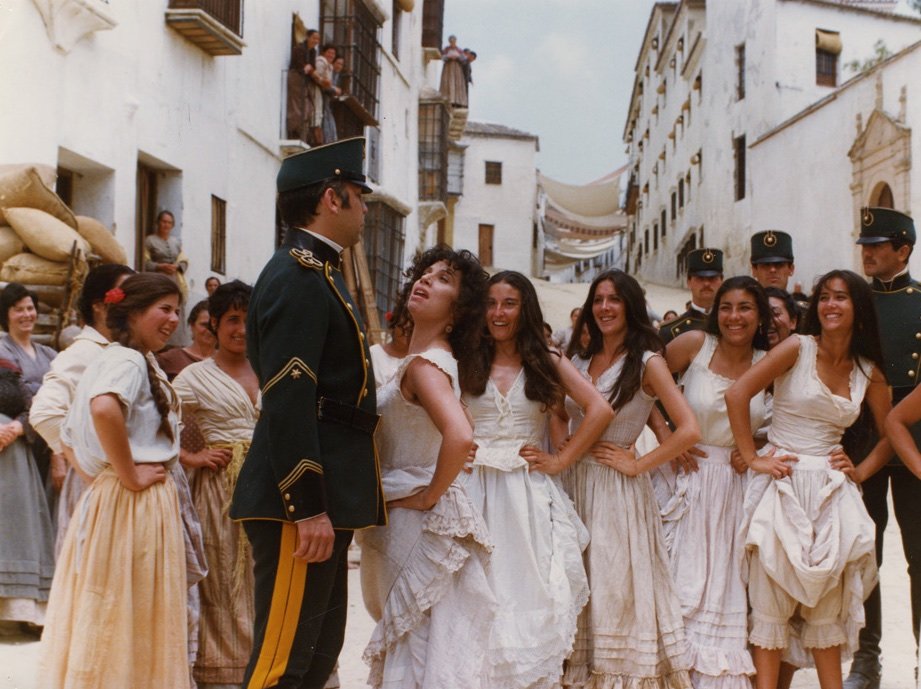 If ever an opera had so much life and vigour in the telling that it cried out to be unleashed from the stage, it’s Bizet’s thrusting Spanish romance. Best-known for his hard-hitting Italian crime chronicles, director Francesco Rosi seems an unlikely choice behind the camera, but he seems to recognise he’s dealing with an unashamed showstopper and takes the show out into picture-postcard Spanish locations.

We get gypsy passions, bull-fighting, big tunes everyone knows and plenty of smoulder between the two leads. Placido Domingo is in matinee-idol mode as the naive soldier in thrall to the fiery heroine – marvellously encapsulated by Julia Migenes-Johnson in a testing role that often seems too big for anyone to fill it. Opera snobs sometimes tend to look down on Bizet’s ever-popular favourite, but this screen adaptation has an unstoppable energy that proves irresistible. 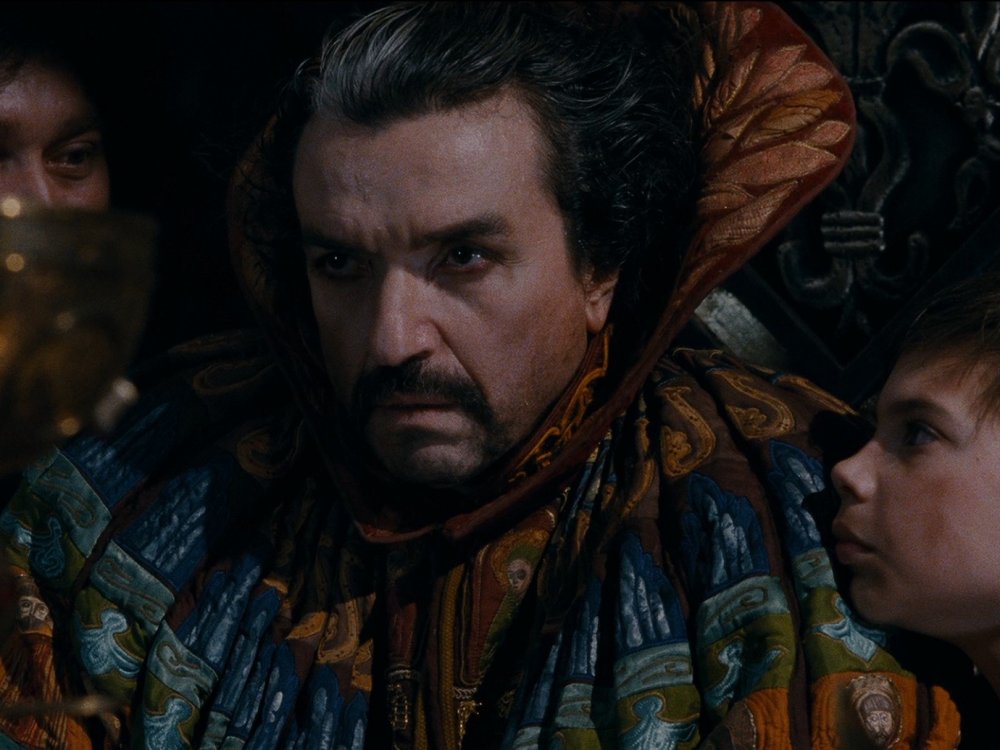 Film critics often use the term ‘operatic’ to denote anything that’s just a bit too OTT for its own good, but they don’t know the half of it unless they’ve seen Polish maverick Andrzej Zulawski’s va-va-voom rendition of the Mussorgsky classic. It is to most conventional stage productions of Boris Godunov what Roman Polanski’s blood-soaked Macbeth (1971) is to standard stagings of the Scottish play – more sex, more violence and (yes!) more cabbages!

At its heart is a story of dynastic succession with Ruggero Raimondi’s Boris taking over as regent to the 16th-century Russian throne, all the while haunted by the blood on his hands that took him there. Seemingly anything goes, as Zulawski breaks the fourth wall and sends his camera careening into the midst of the bristling, orgiastic action. You may well be slightly bemused, but you will never be bored. 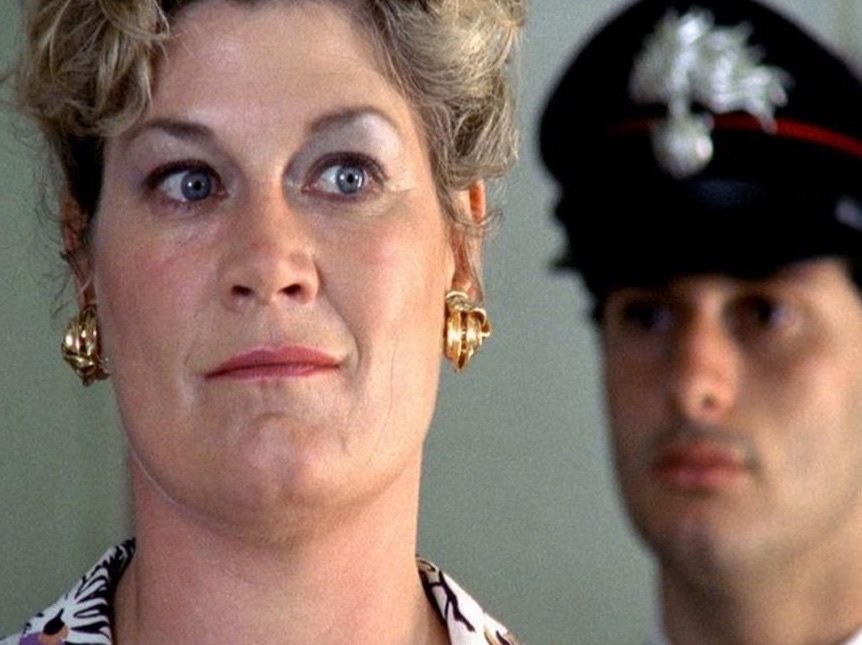 It’s not hard to see why John Adams’ modern operatic touchstone has created uproar nearly every time it’s been staged. Premiered not that long after the destruction of the Twin Towers, here’s a piece giving articulate voice to the Palestinian attackers who hijacked an Italian cruise ship in 1985, shooting dead innocent wheelchair-using passenger Leon Klinghoffer.

In the opera house a certain degree of stylisation is required, but valiant British filmmaker Penny Woolcock has a genuine passenger vessel at her disposal to recreate the awful events with documentary-style shock-value.There’s also convincing location work to render the scrupulously even-handed libretto’s historical vantage point on the festering Israeli-Arab conflict behind such desperate acts of terror. Musically, it’s highly accessible, even beautiful at times, while the you-are-there visuals serve to accentuate just what a simultaneously humane and provocative work this is. It makes opera vital and relevant for today in a way the medium so rarely is. 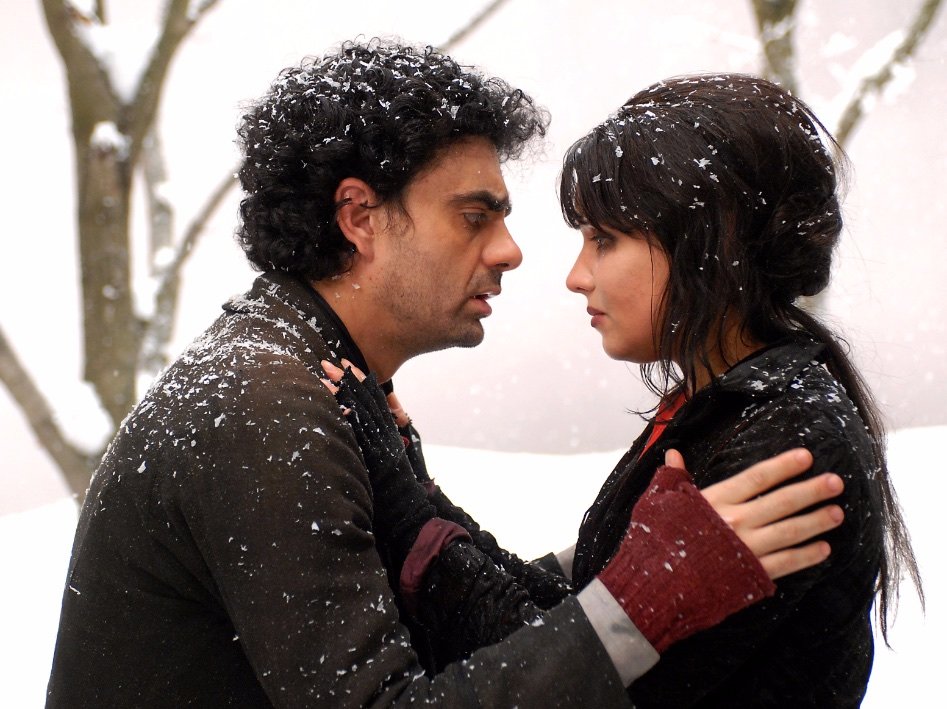 Since its story is familiar, and it’s packed with melodies many people know, Puccini’s teary saga of starving Parisian students is often cited as an ideal gateway drug to the grand opera experience. That may well be true, though the piece is done so often that many stage productions rather seem to be going through the motions. That’s definitely not the case, however, with enterprising Austrian director Robert Dornhelm’s screen version. It plays out on fairly traditional studio settings but appears as if all concerned were working hard to reconnect with what made the piece touch them in the first place.

Above all, it reminds us that this is a story about young people beaten-down by the daily struggle of getting by, so when love does come around they can’t really respond fully. Star tenor Rolando Villazón shows a surprisingly deft touch on camera, even if diva-du-jour Anna Netrebko seems too physically resilient a presence to persuade as ailing seamstress Mimi. Still, much here for both first-timers and old hands to enjoy. 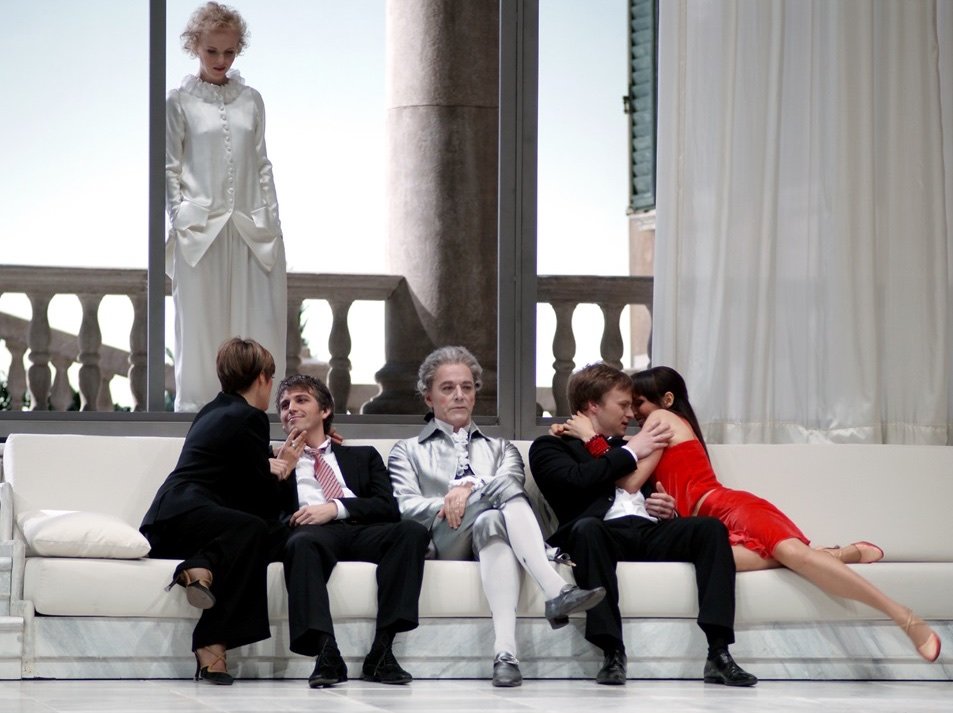 This isn’t actually a feature film, but a recording for TV and Blu-ray of a live performance from the Teatro Real in Madrid. The headline though is that this is Mozart directed for the stage by Michael Haneke, who, like Baz Luhrmann, Werner Herzog, Abbas Kiarostami and sundry celluloid auteurs before him, has also ventured into the opera house. And, it must be said, he looks at home there, the Mozartean roundelay of fidelity tested proving absolutely in tune with his own thematic obsessions about the thin tissues of convention just about holding society together.

Combining period and modern dress emphasises the timelessness of the work’s central concerns, while Haneke also works in a capacious booze-filled fridge and a tablet computer with healing powers. TV director Hannes Rossacher, meanwhile, does a top job of capturing every detail of the youthfully vibrant performances, and is also on hand to catch Haneke himself sheepishly being dragged on-stage for a bow to a well-deserved wave of applause.