The idea of the family unit has changed radically in the past 50 years. Here we celebrate the films, like Hirokazu Koreeda’s Shoplifters – out this week – that have adopted expanded families as the source of their story. 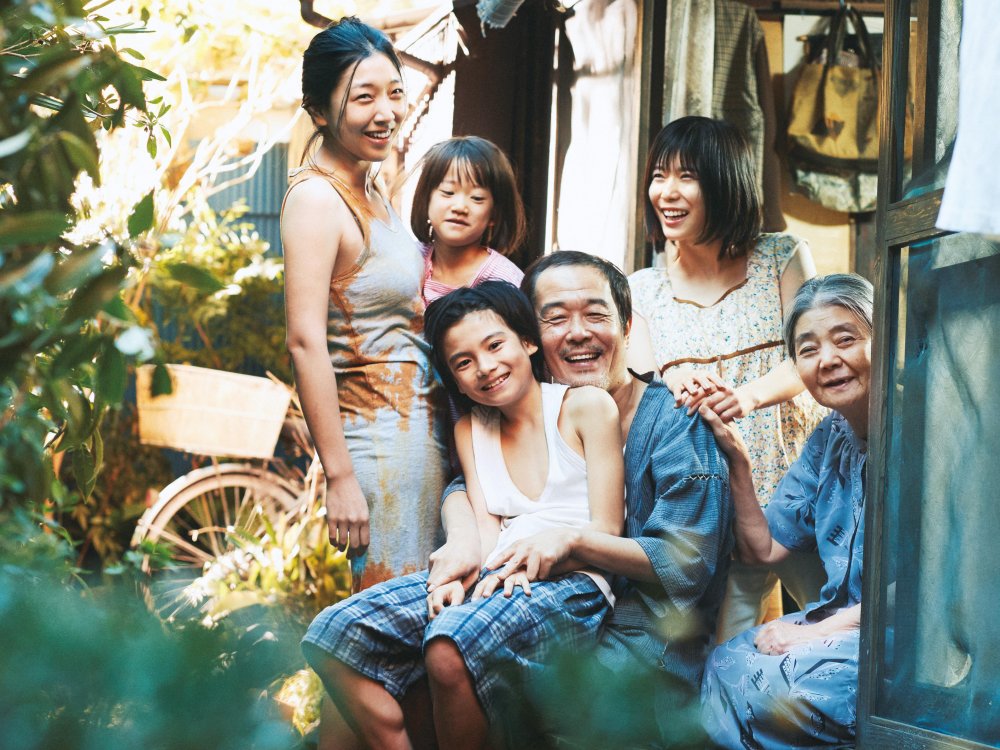 Shoplifters is in cinemas from 30 November

There’s good reason why all the films on this list are less than forty years old, and more than half made this century. Go further back in time, to Hollywood’s Ground Zero and certainly into the post-atomic age’s television explosion, and positive depictions of home life, almost to a man or woman, are centred on the nuclear family. When a fundamental concept such as this is so overwhelmingly defined as the norm, the unspoken (or sometimes highly vocalised) assumption, is that anything falling outside its parameters, ie. a married, heterosexual couple with children, is somehow abnormal.

Times and – some – societies have, thankfully, changed. Cinema and television reflect this shift in the makeup of family units, with greater diversity in loving parent and child permutations. Japanese director Hirokazu Koreeda is often held up as the heir to fellow countrymen Yasujiro Ozu and Mikio Naruse in focusing on domestic dramas. Yet, for all their brilliance at dissecting the family, Ozu and Naruse dealt almost exclusively with traditional groupings. Koreeda, on the other hand, seems fascinated by the marginalised and the atypical: abandoned youth in Nobody Knows (2004), children of divorce in I Wish (2011), swapped babies in Like Father, Like Son (2013), and more. His latest, the Palme d’Or-winning Shoplifters, finds yet another unlikely group, an impoverished, scavenging Tokyo clan whose unity and loyalty is gradually exposed as something else entirely. But, is bloodline the true family tie? Alongside Koreeda’s humane challenge of preconceptions, here are another 10 films seeking to expand our understanding, and definition, of ideal families. 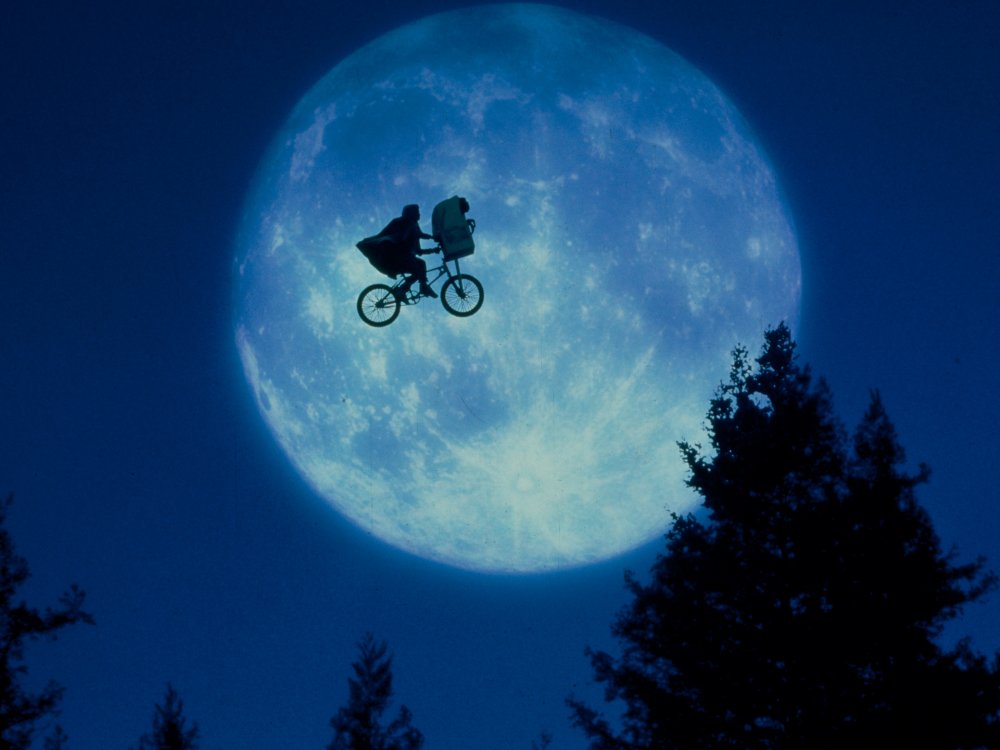 The working title for Steven Spielberg’s galaxy-conquering family sci-fi was the modest ‘A Boy’s Life’. And, despite E.T.’s memorable touches – his glowing, healing finger and “Phone home” mantra – what the film really lights upon is a child’s loneliness, and how a fugitive alien can help fill the void in a fractured family.

We’re so used to the timeless fantasy image of a flying bicycle framed by a full moon that it’s easy to forget just how much of E.T. focuses on the domestic. In Elliott’s troubled suburban home life, he and his siblings are raised by a struggling single mother, clearly abandoned by a negligent father. Until, that is, this undocumented immigrant arrives to fill in as surrogate best friend, brother, maybe even dad. Of all Spielberg’s great science-fiction adventures, this is still his closest, most personal encounter: a child of divorce using his considerable imagination to not just phone home, but restore it. 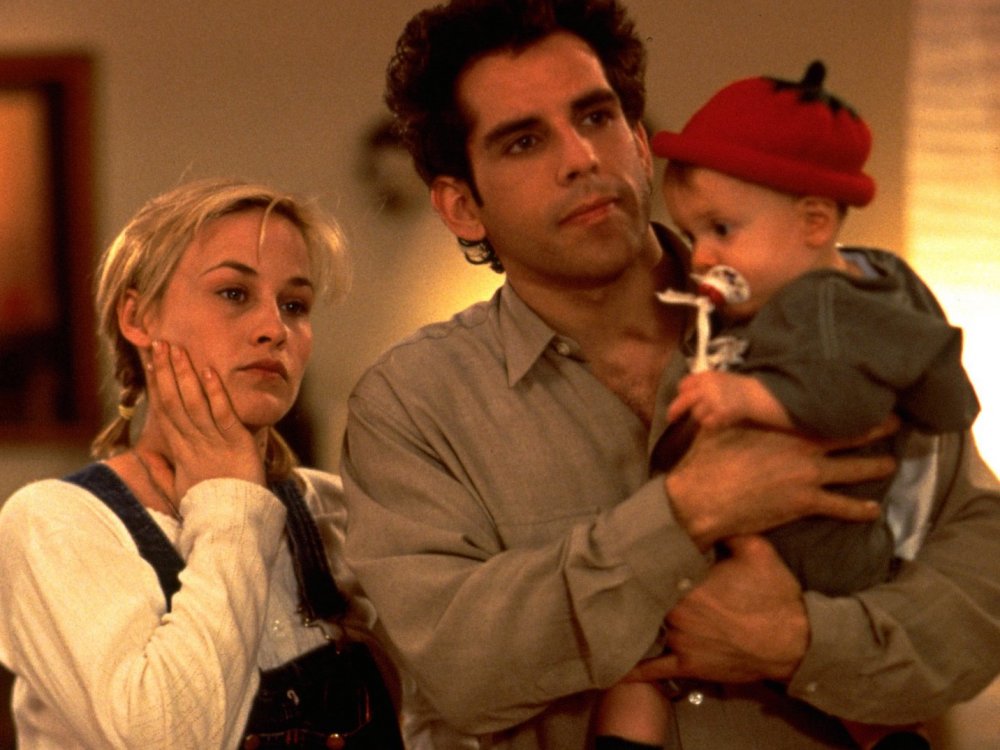 Not David O. Russell’s most polished film but still his flat-out funniest, Flirting with Disaster finds adoptee Ben Stiller (Mel Coplin) on an ill-advised search to find his birth parents. He can’t name his newborn son until he really knows who he is, and along for the ride are long-suffering wife Patricia Arquette and adoption agency advisor Téa Leoni, who wants to document the hunt for research purposes.

The casting is spot-on, but it’s in the rogue’s gallery of prospective and presumed parents where Flirting with Disaster really clicks. George Segal and Mary Tyler Moore as Mel’s neurotic adopted parents, and Alan Alda and Lily Tomlin as his natural, off-grid, ones excel, as do Josh Brolin and Richard Jenkins as two gay DEA agents, who start questioning their own sexuality and paternal instincts in the ensuing, hormonally driven melee. It’s a screwball road trip without a map, yet unerringly hits the emotional twists of unconventional families at every stop. 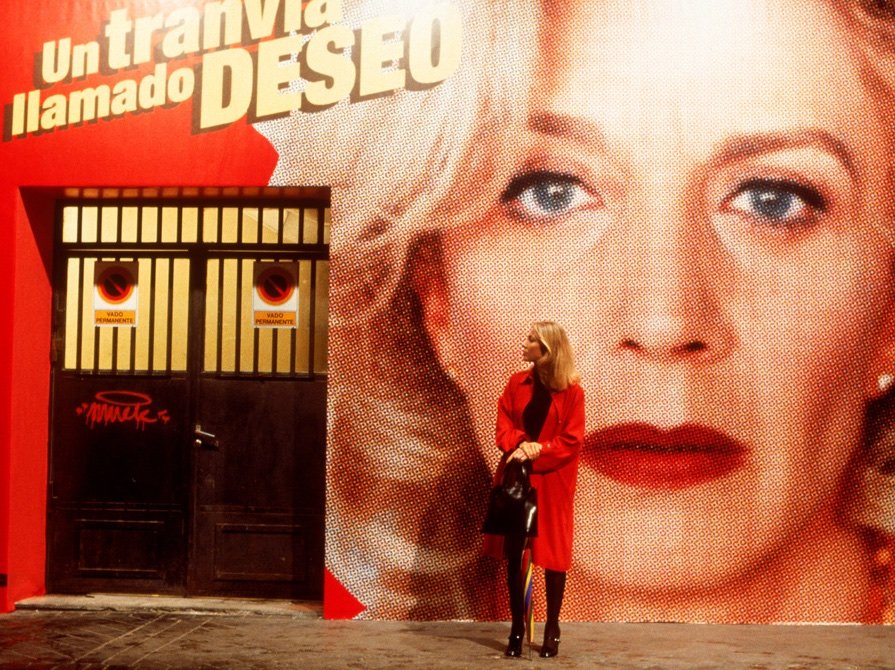 The teenage son, Esteban, of central character Manuela dies less than 15 minutes into this seminal Almodóvar melodrama. Yet it goes on to be one of his warmest and wisest meditations on the family. A grieving Manuela, when she learns that her son was seeking the identity of his long-absent father, journeys back to Barcelona to find him; in the process she becomes the central, maternal figure in a group of outsider women, including the diva actress Esteban adored, a transsexual prostitute and a pregnant, HIV-positive nun.

Many storytellers would make that list of outré characters into a punchline. Almodóvar has far more artistic, and transgressive ambitions, deftly weaving in homages to A Streetcar Named Desire (1951), All About Eve (1950), the nature of performance and the mutability of identity. Embodied by a powerhouse ensemble (Cecilia Roth, Marisa Paredes, Penélope Cruz), it’s a defiant, moving plea on behalf of outsider families everywhere. 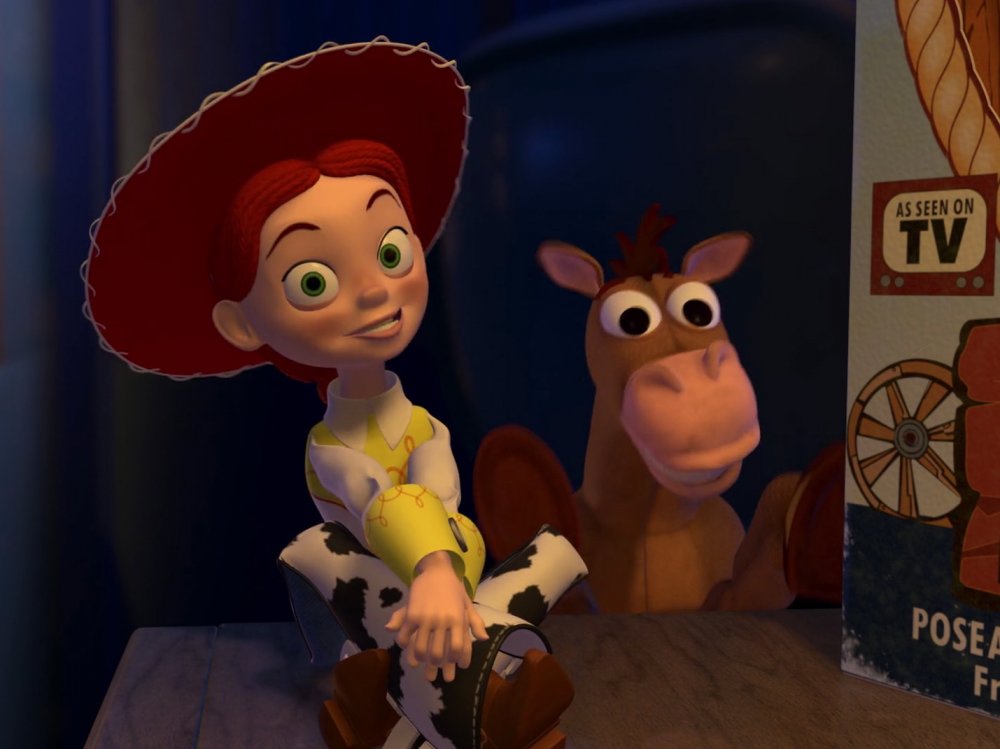 Pixar are the modern masters of the family film; namely, films for all the family, because they’re often about all types of family. Their flagship series brilliantly exploits this conceit. It’s not just that Woody, Buzz and their fellow toys belong to their human kid, Andy, but also how they themselves need to play, and work, as a unified group, despite their differences.

The second film perhaps puts the greatest strain on this devotional duty, when Woody stumbles across his former ‘family’ of 50s collector’s item figures, and his starring, celebrity role within ‘Woody’s Roundup’. How to compare down-and-dirty, destined-to-be-forgotten, child service to pristine, infinite adulation (and beyond)? Of course, there’s only one right answer to Pixar’s loaded question, but it’s testament to their inclusive spirit that Woody can bring his former pardners, abandoned cowgirl Jessie and his old horse Bullseye, into Andy’s fold, and Pixar’s roundup. 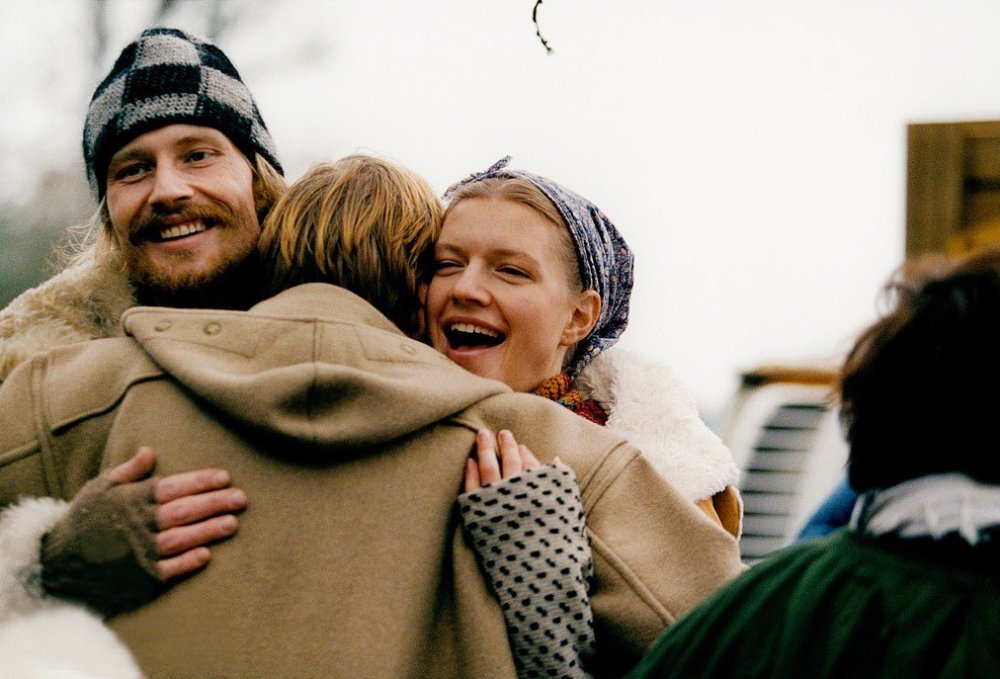 Not simply the title of Lukas Moodysson’s second feature, but the name (‘Tillsammans’ in Swedish) of the 1970s hippie enclave where an extended family of sorts – some even actually related – attempt to establish their own socialist, egalitarian, free-love commune. Escape from capitalist society is an admirable utopian goal. If only one could free oneself from bourgeois concepts like ego, or the washing-up.

Darker and more desperate than the gushing poster quotes and ABBA soundtrack suggest, the film’s satire is as critical of its hapless, blinkered characters as they themselves are of well-known contemporary enemies of the people, like Augusto Pinochet and Pippi Longstocking. But it’s in the empathy shown, particularly to the commune’s hilariously and often unwittingly politicised kids, that Moodysson’s true colours show: as arbitrary and sometimes intransigent as our self-imposed systems are, they’re better when we – parents, children and other strangers – try to co-exist together. 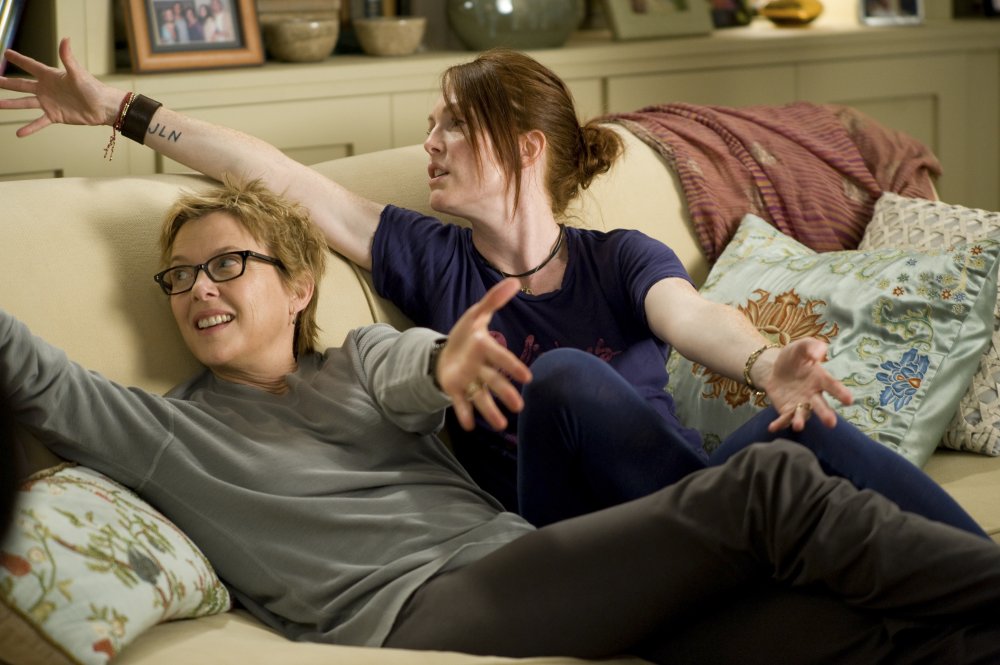 We’re surely long past the time where the very notion of a same-sex couple having kids is a hilarious premise in itself. Fittingly, then, Lisa Chodolenko’s sprightly dramedy allows the teenage kids in question, conceived by artificial insemination and raised by Nic (Annette Bening) and Jules (Julianne Moore), the right to up the comedic ante, when they set out to look for, and then track down, their biological dad.

That he’s played by Mark Ruffalo at his most unruffled and easygoing only adds to the film’s charms. His subsequent embroilment in messy emotional (and physical) entanglements with the whole family is often a riot, but there’s pain here too, testing the boundaries of parents and kids alike. At heart, though, The Kids Are All Right is a sharp-eyed, yet kind-hearted, look at redefining what a modern family can mean, what it looks like, and how it loves. And that’s more than all right. 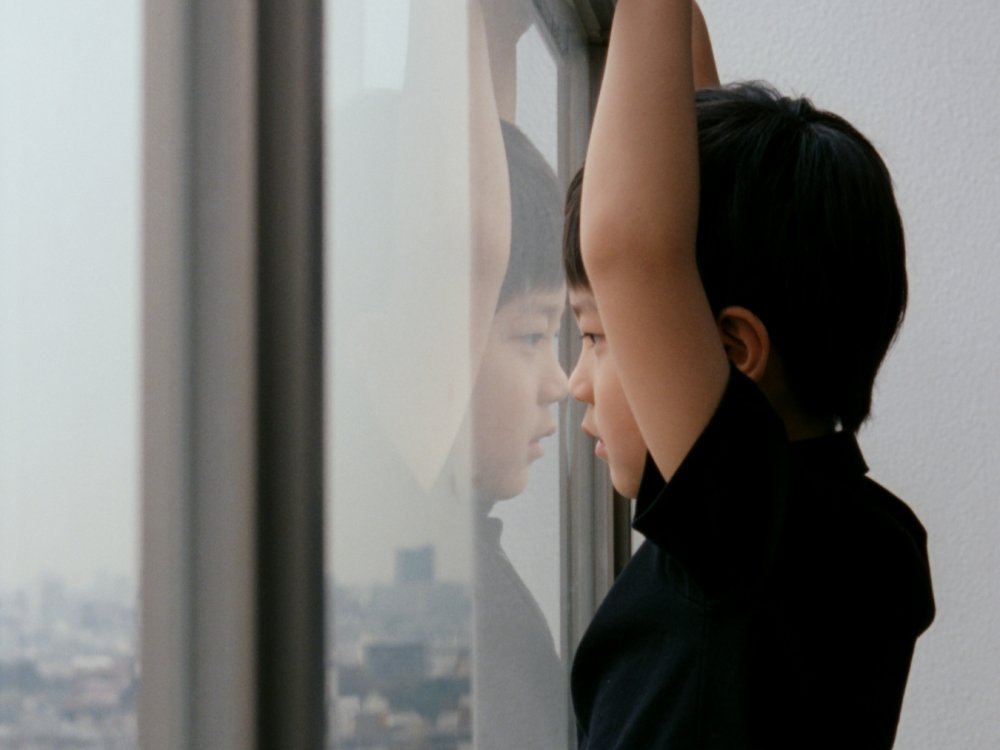 Koreeda has attributed his continual probing of the family unit to both the birth of his daughter and death of his mother this past decade. But his 2013 tearjerker was also reputedly inspired by a real-life Tokyo hospital mix-up, wherein two families took each other’s babies home and unwittingly raised them as their own – until blood tests confirmed the switch.

Like Father, Like Son follows successful, conservative businessman Ryota’s indignation at the thought that his prestigious bloodline was nearly erased. His ‘real’ son has been brought up by a poor, but happy, scrappy family, while their progeny has been provided for, though arguably not greatly loved, by him. It’s a typically astute, understated dissection of class consciousness and nature vs. nurture by Koreeda, as well as a subtle takedown of middle-class Japanese parenting mores. And anyone who can watch Ryota’s climactic realisations without sobbing like a small child probably needs this great film the most. 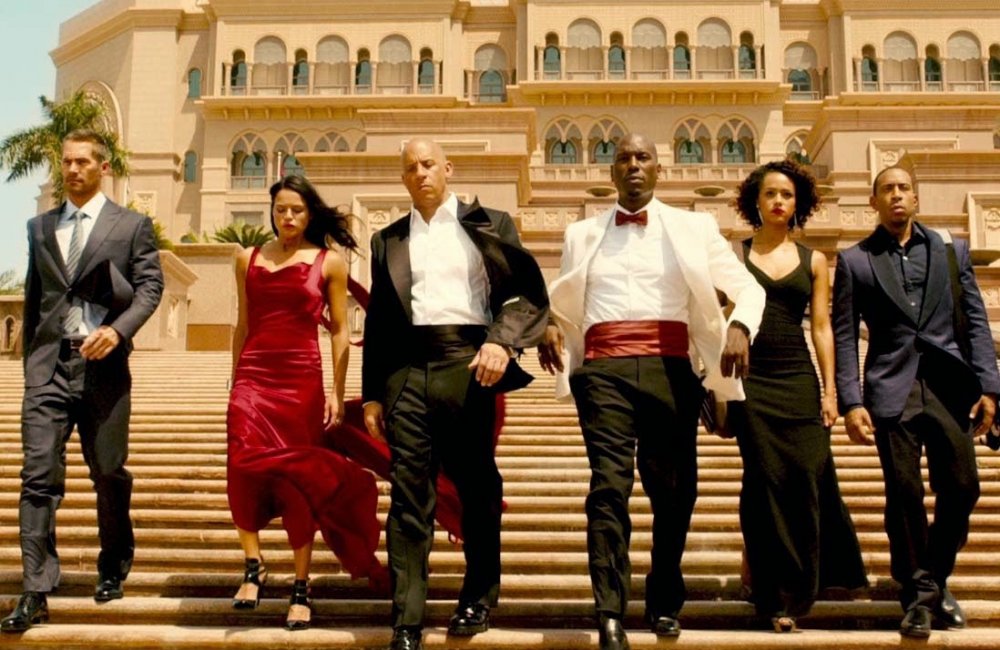 There’s a deadly drinking game to be played when watching these ludicrous – and ludicrously successful – car carnage blockbusters, and it’s got nothing to do with counting demolition derby sequences. Instead, down a glass every time Vin Diesel’s carjacking street-racer-turned-automaton-auto-hero, or anyone in his ragtag crew, rumbles on about ‘family’. You won’t be in any fit state to steer a pedal go-kart much past act one.

It’s easy to mock Fast and Furious movies, but they’ve arguably done more for non-traditional, multi-ethnic family unit representations than any other series in cinema history: putting Diesel, Michelle Rodriguez, Ludacris, Sung Kang and, sporadically, Gal Gadot and Dwayne Johnson together, and using clan love and loyalty as the whole franchise’s thrumming engine. Star Paul Walker’s untimely death while still filming Furious 7, and the way the film posthumously paid tribute to their ‘brother’ is still a heartbreaker and a lesson in how to gracefully honour your own. 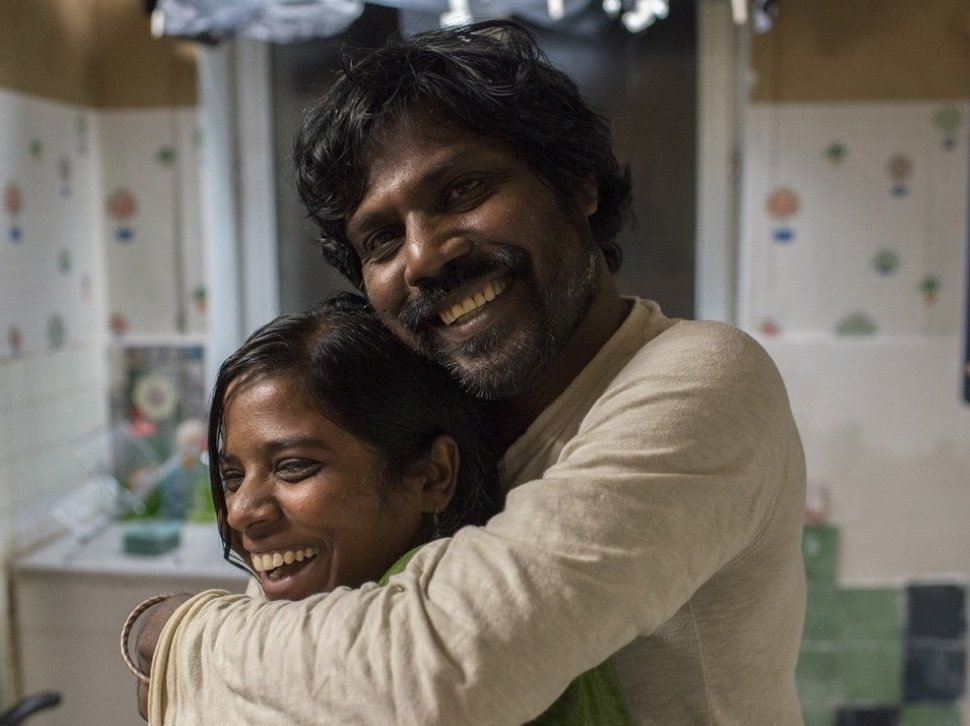 A surprise, and mutedly received, Palme d’Or winner, Jacques Audiard’s Dheepan charts the journey of Sri Lankan refugees from one war zone – their island’s vicious civil war – to another, in an inner-city, gang-ridden, French housing project. Tamil Tiger Dheepan (real-life writer and political activist Antonythasan Jesuthasan) only finds asylum by posing with a widow and an orphaned young girl as a family needing resettlement. Now he needs to fight not just the criminals on his new doorstep but an unwilling spouse, alongside his lingering demons.

Audiard’s understated direction and the distinctive presences of Jesuthasan and Kalieaswari Srinivasan, as literal partners-in-crime, make for a resonant journey of emotional arrival, adaptation and acceptance. The film is brutal and unsentimental when necessary, though some critics objected to its unusually optimistic coda. Given the global rise of nationalism since Dheepan’s debut, however, perhaps its vision of hope and tolerance is more telling than ever. 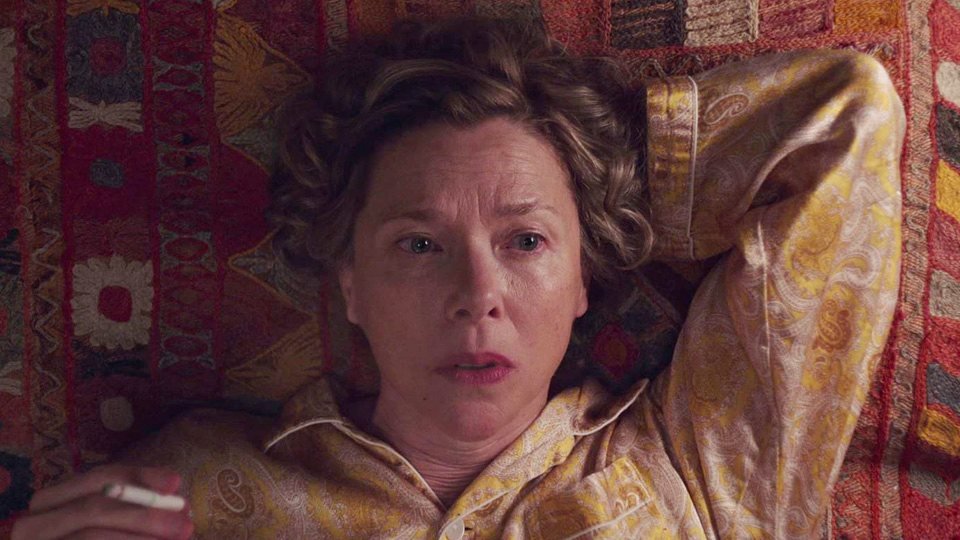 Along with The Kids Are All Right, this beautiful Mike Mills tribute to his own eccentric mother and upbringing in 70s California establishes Annette Bening as the matriarch of cinema’s alternative families. Bening gives one of her best performances as Dorothea, an older and defiantly idiosyncratic woman juggling her teenage son Jamie, a ramshackle house full of volatile, emotionally-dependent lodgers and hangers-on (including Greta Gerwig and Elle Fanning), and her own curiosities and insecurities.

The comedy, and pathos, comes from Dorothea’s realisation of her own limitations and how she co-opts the other good souls around her into helping raise Jamie, himself in the full, unpredictable throes of adolescence. Mills’ compassion and affection towards all his flawed characters never turns twee. He shows us the profound difficulties we experience in truly understanding those closest to us and the unbreakable bonds that mean we should never stop trying.