A vibrant tale of errant kids in the city, Gimme the Loot is the latest movie to fuse the irrepressible energy of youth with the teeming excitements of the Big Apple. Start spreading the news, here are our 10 great New York youth films. 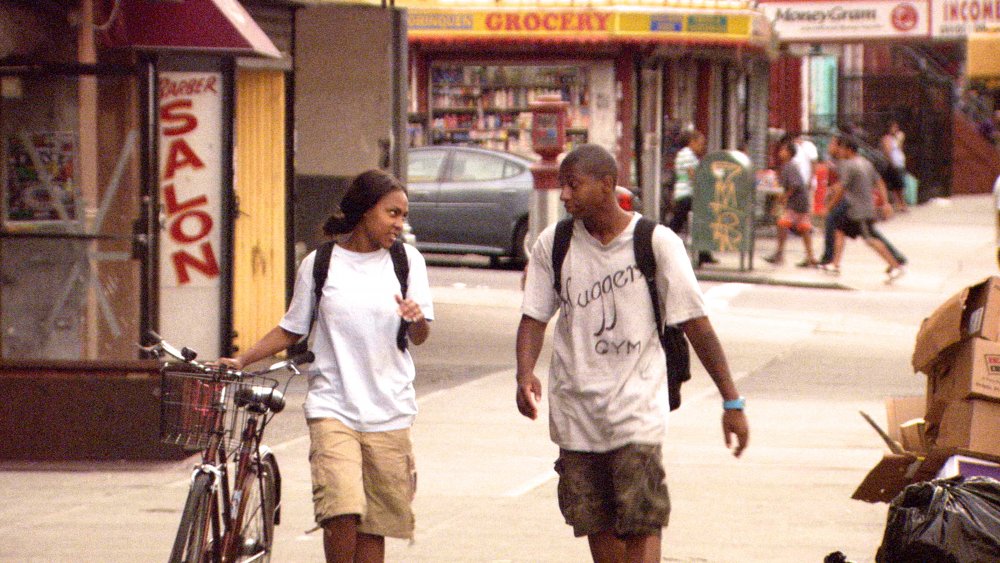 Native New Yorker Adam Leon is a filmmaker very much in touch with his roots. He first drew attention with 2009 short Killer (co-directed with the wonderfully named Jack Pettibone Riccobono), a hectic re-imagining of an urban childhood game in which he and other kids would form teams and hunt each other through the city non-stop for two weeks straight.

Similarly, Leon’s feature debut, Gimme the Loot, isn’t much interested in hanging around. Crafted in the vibrant image of its director’s home city, it’s a brisk, brash and colourful miniature epic about the optimistic quest of Malcolm (Ty Hickson) and Sofia (Tashiana Washington) – two talented teenaged graffiti artists from The Bronx – to take daring artistic revenge on the neighbouring Queens taggers who defaced their latest masterpiece.

The pair’s mission sees them pinball restlessly across the city’s boroughs in search of the required $500, from bodega to basketball court, from spartan Bronx bungalow to swish Manhattan high-rise apartment. Benefitting from the generous assistance offered to filmmakers by The Mayor’s Office of Film, Theatre and Broadcasting, Gimme the Loot features a bounty of locations shot with fizzing roughness by cinematographer John Miller, who captures the city’s thrumming energy, not to mention its deliriously contradictory topographies.

Sweet but unsentimental (our heroes swear like stevedores and don’t think twice about a spot of light theft), Gimme the Loot is ultimately a satisfying fusion of two classic film staples: the New York movie, and the youth culture movie. Down the years, when the confusion and impetuosity of pre-adult life has collided with the energy and diversity of one of the world’s great cinematic cities, the results have often been sublime. 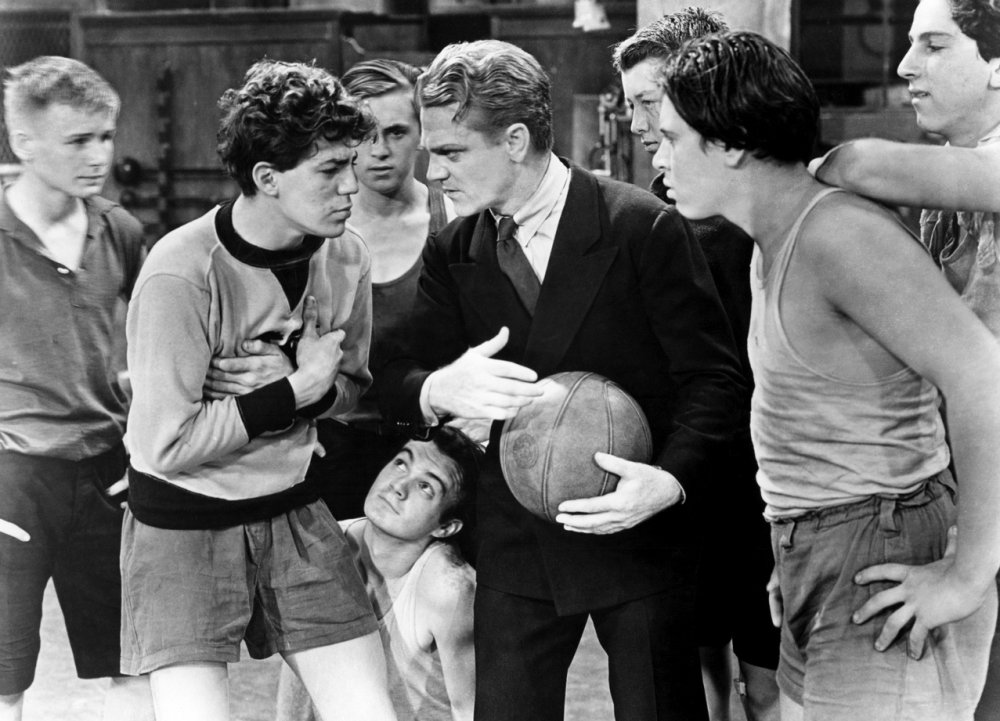 Manhattan’s once-roughneck district Hell’s Kitchen is the fitting scenario for Michael Curtiz’s classic gangster flick-cum-social melodrama. Though headlined by the yin and yang pairing of James Cagney and Pat O’Brien as ne’er-do-well childhood friends who’ve taken very different paths in adulthood (gangster and priest, respectively), the film is all but stolen by the performances of the Dead End Kids – a collection of young thesps from New York who first appeared in Sidney Kingsley’s Broadway hit Dead End in 1935.

The most enduring in Warner Bros’s series of socially conscious films starring the Kids, Angels with Dirty Faces was memorably parodied in 1990’s Home Alone in the form of Angels with Filthy Souls (sample dialogue: “Keep the change, ya filthy animal!”). 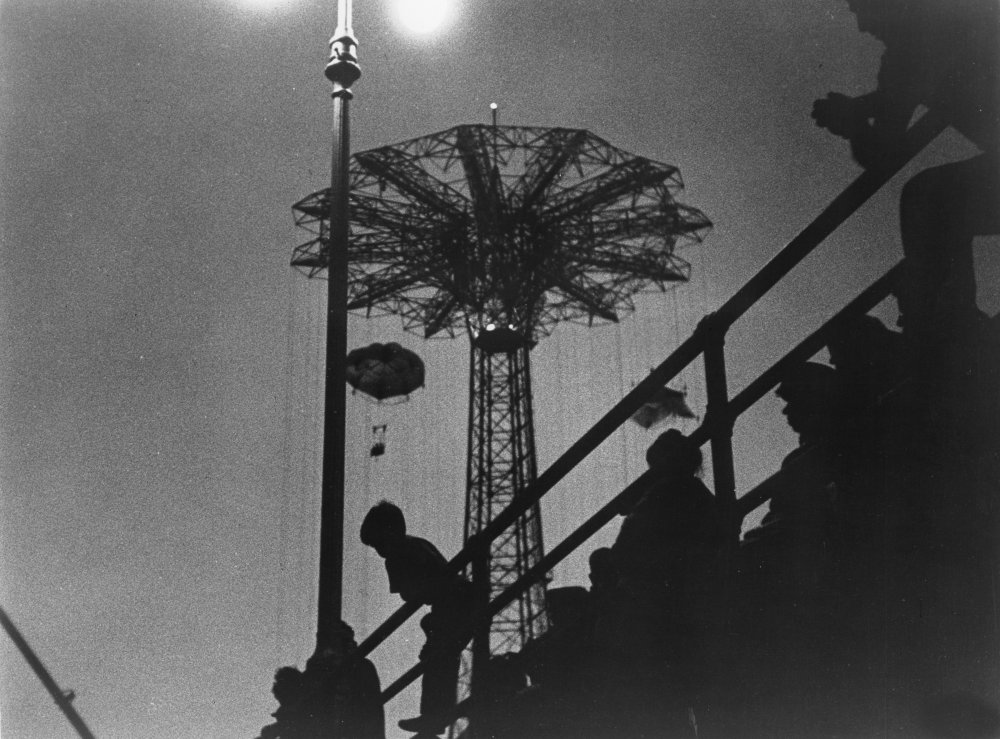 Hailed as a major influence on Gimme the Loot by Adam Leon in interviews, Little Fugitive (in some cases subtitled The Coney Island Kid) is a sprightly drama full of compassion and on-the-fly location shooting. Cruelly tricked into thinking he’s killed his older brother, the panicked, titular seven-year-old lad goes on the run, spending two fraught days tramping the beaches and boardwalks of Brooklyn resort Coney Island as his increasingly concerned brother (responsible for the prank in the first place) tries to locate him in time for the return of their mother.

Oscar-nominated for best writing in a motion picture story in 1954, this vivid evocation of youth has suffered from a lack of availability in ensuing years. However, it has always enjoyed a healthy critical standing; Francois Truffaut cited it as a key inspiration for his Nouvelle Vague classic Les Quatre Cents Coups (1959), telling an interviewer: “Our New Wave would never have come into being if it hadn’t been for the young American Morris Engel, who showed us the way to independent production with [this] fine movie.” A recent Blu-ray release promises to see its stock rise even further. 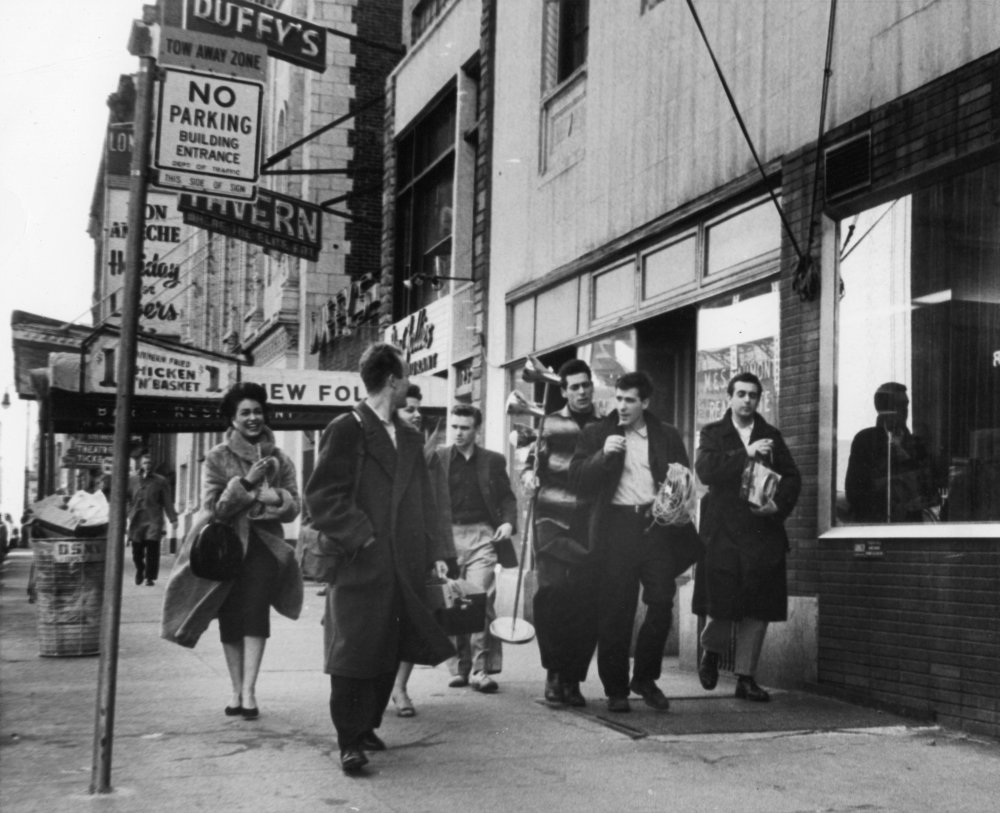 Featuring all of the hallmarks which would go on to define John Cassavetes as a filmmaker in years to come (urgency, improvisation, infinite compassion), his debut Shadows – a freewheeling account of three African-American siblings, two of whom are in their tumultuous early 20s – remains a bracingly fresh testament to youth and the unforgiving glare of the city.

Funded by family, friends and donations, and filmed in a host of locations including Cassavetes’ apartment, Central Park, Times Square and, in one memorable scene, the sculpture garden of the Museum of Modern Art, this earthy film is marvellously evocative of Beat Generation-era NYC. You can almost smell the smoke and taste the alcohol that permeates nearly every scene. Shadows is also notable for bravely tackling the subject of interracial romance, then still a taboo in Eisenhower-era America. 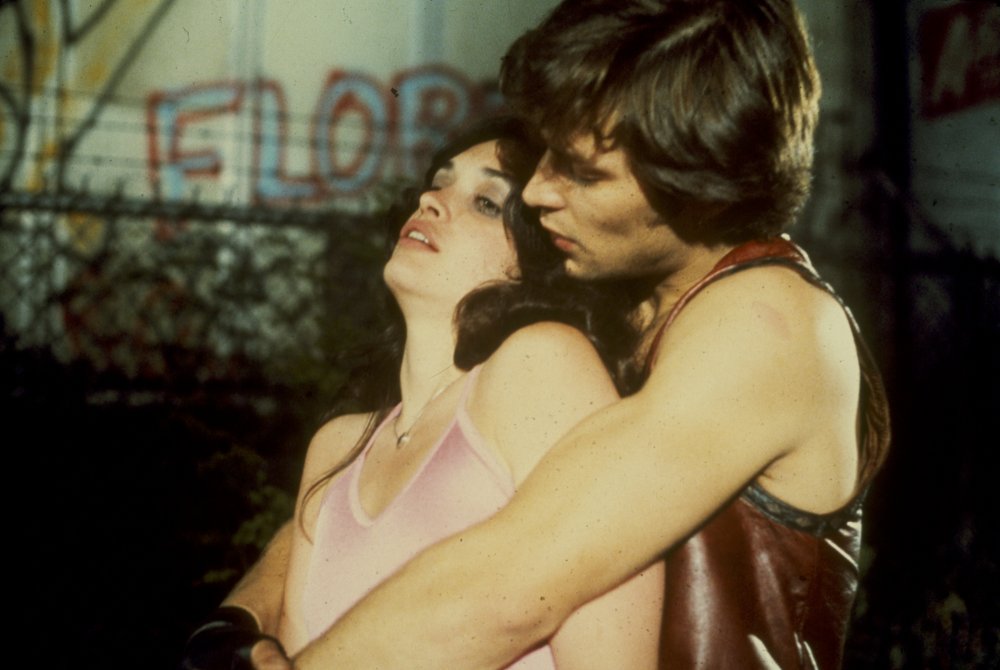 “These are the armies of the night. They are 100,000 strong. They outnumber the cops five to one. They could run New York City”, ran the alarmist tagline to Walter Hill’s gaudy urban odyssey, provoking waves of complaint from a concerned public. However, if those worried folk had deigned to take a closer look, they’d have discovered not a gritty frontline dispatch, but rather a theatrical, preposterously costumed and expertly choreographed romp that tips into overtly camp territory on more than one occasion.

To this day, The Warriors is marred by its retrograde sexual politics (a holdover from Sol Yurick’s 1965 source novel), but cult status is assured thanks to action maestro Hill’s expertly tight direction, stunning location work, and the simplicity of a mythic plot charting one young gang’s perilous mission to get from a disastrous summit in The Bronx back to their base in Brooklyn’s rundown Coney Island. Gorgeous to look at, only photographer Bruce Davidson has captured the bruised anti-beauty of the NYC subway system of the 1970s as perfectly as Hill’s film. 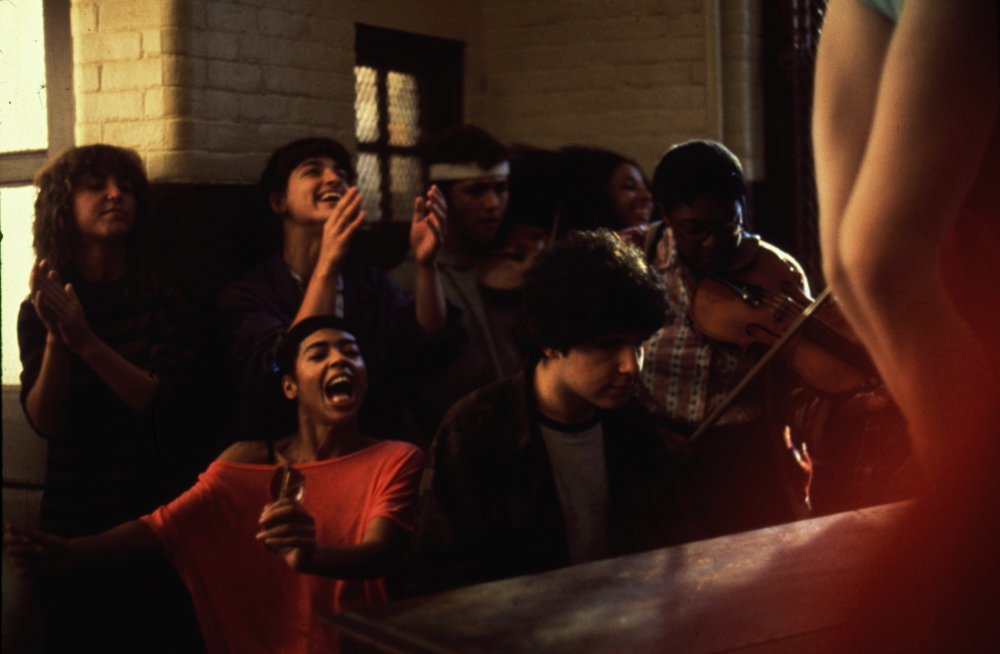 Featuring an Academy Award-winning score, and hugely influential in its honest treatment of issues including race, class and sexuality (its track-marks are all over runaway TV success Glee, for example), Fame went on to spawn its own very popular television series, a Los Angeles-based spin-off, a long-running stage musical, a reality TV show, and a predictably unsatisfying film remake in 2009. It has dated, but remains one of the most absorbing portrayals of ambitious youth in an urban environment. 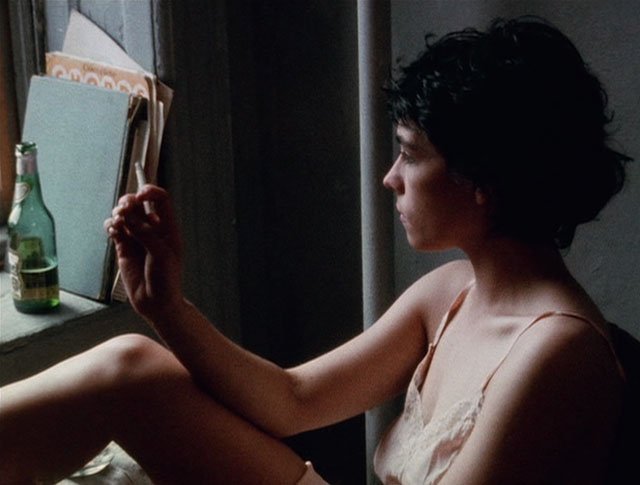 The antithesis of Fame’s bombastic ambition, Jim Jarmusch’s debut heralded the dawn of a new auteur with his very own deadpan, dead-cool agenda. The fruits of a final year project at New York University, this 16mm treat starred Chris Parker as Allie, a curious hipster-type wandering around the dingy, rubbish-strewn New York of the era meeting various oddballs. A glacial portrait of psychological and spatial dislocation (the haunting final image is a long take of Manhattan Island seen from a departing ferry), it’s not always an easy watch, but undoubtedly the distinct work of a filmmaker with a unique vision. 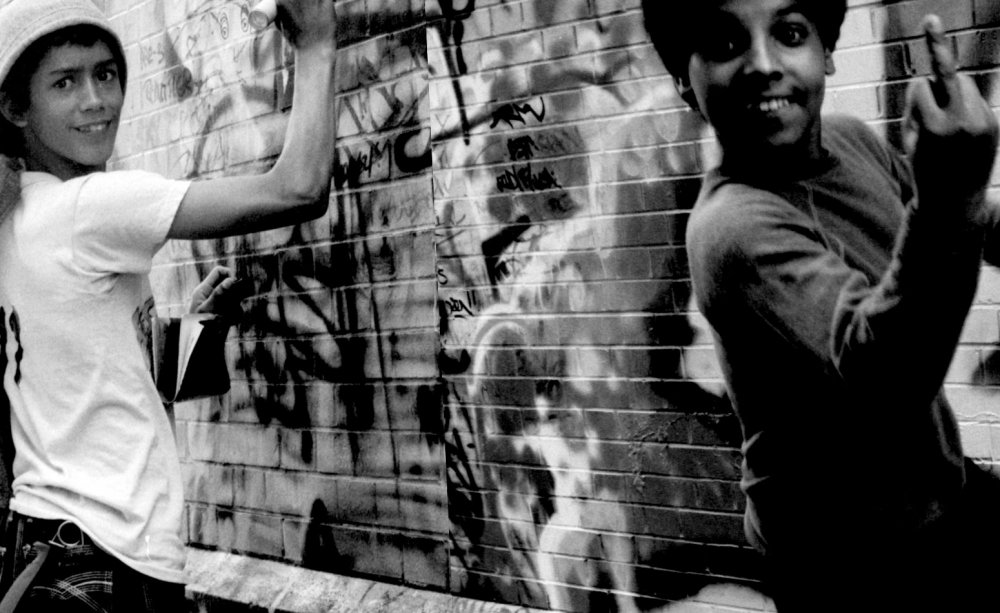 Tempting as it is to cite Charlie Ahearn’s celebrated, if narratively wobbly, Wild Style (1983) as the urtext for hip hop films, it is lesser-known documentary Style Wars which reveals more about the subculture’s socio-political roots and complexities, and focuses on its triple pillars of graffiti, music, and breakdancing in greater detail. The filmmakers are commendably committed to giving the young black and Hispanic kids who dominated the scene a voice for their ambitions and frustrations, and highlighting the antipathy with which the culture was greeted by authorities.

Successive New York mayors throughout the 1970s and 80s fought graffiti tooth and nail; one extraordinary scene reveals how Fame stars Irene Cara and Gene Anthony Ray were co-opted by then-mayor Ed Koch to star in an unctuous anti-graffiti commercial. The film also shows that parents weren’t exactly on-board with hip-hop culture either; a particularly touching and amusing thread focuses on the fraught relationship between a formidable, totally uncomprehending mother and her defiant graffiti artist son.

Blessed with a superb soundtrack and edited with great rhythm by Sam Pollard (who would later collaborate with Spike Lee on another NYC classic, Do the Right Thing, 1989), Style Wars is an essential urban portrait: head over heels in love with its city, rich in anecdote and detail. 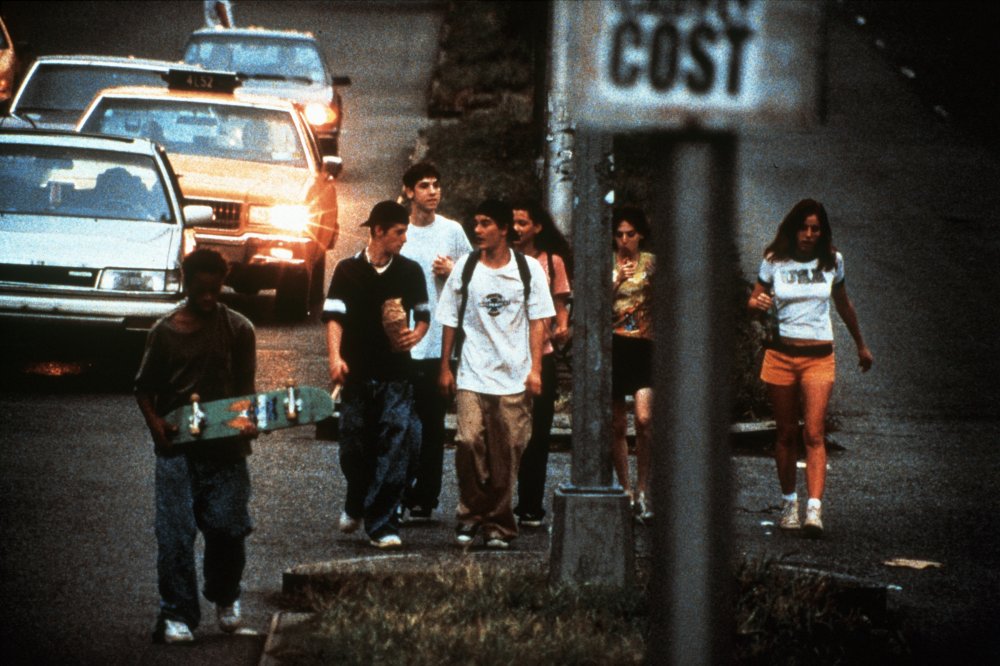 Difficult to recommend purely in terms of enjoyment, but impossible to ignore for its cultural impact, Larry Clark’s controversial film of then-19-year-old ‘wunderkind’ Harmony Korine’s script – reportedly written in a 24-hour period shortly after the pair met in Manhattan’s Washington Square – posited New York City as a washed-out cesspool of youthful nihilism, disaffection and (frequently sexual) violence. The purposefully ironic blankness of the title gave little clue as to the depravity within, and though visually an influence on Gimme the Loot, it couldn’t be more different tonally. 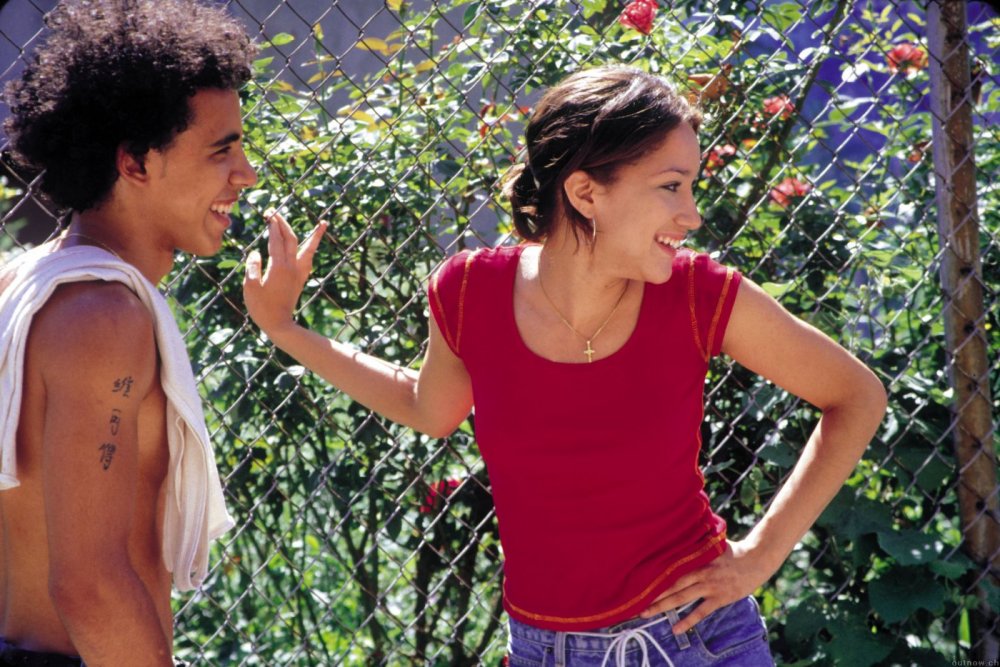 Blessed with some genuinely evocative location shooting (the warm, gritty graininess comes from the super 16mm stock), a keen observance of the mores and quirks of its community, and a palpable sense of compassion for its characters, Raising Victor Vargas is both an underrated gem and a clear influence on Gimme the Loot. 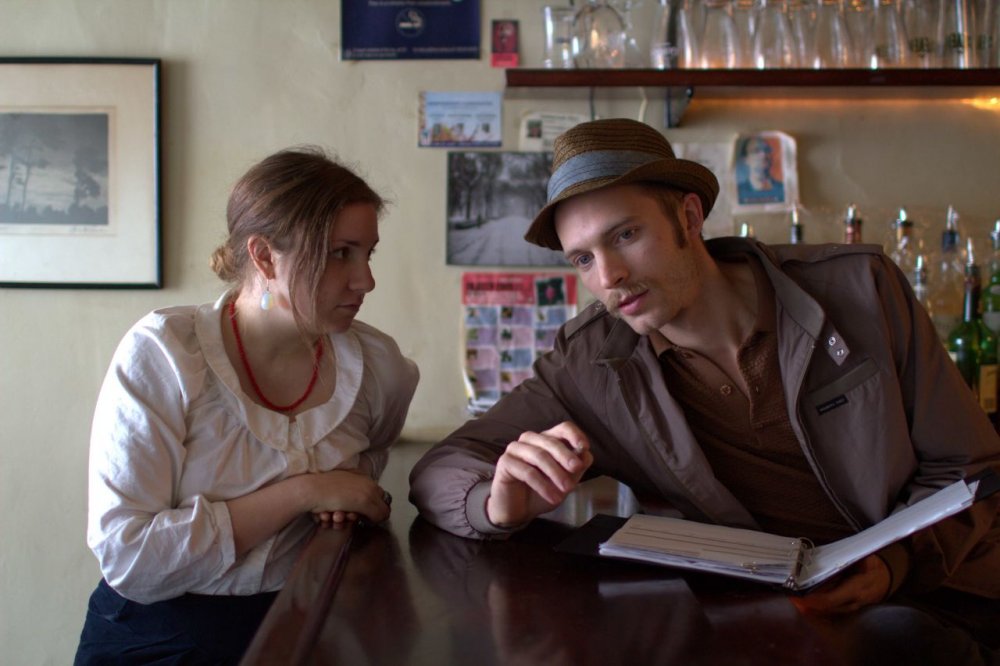 Like Jarmusch’s Permanent Vacation, though much warmer and funnier, Lena Dunham’s painfully honest debut (at the age of 24) offers the invigorating experience of witnessing a bold new talent appearing almost fully-formed. An episodic comedy with notes of Woody Allen and Whit Stillman, Tiny Furniture tells the story of Aura (Dunham), a recent graduate returning from her Midwest liberal arts college to her artist family’s TriBeCa loft with very little to show for it. She soon takes a menial job as a hostess at a restaurant and falls into relationships with two hilariously self-absorbed men while struggling to define herself. It’s a funny and keenly observed study of the pitfalls of privilege, featuring an enviable host of swanky Lower Manhattan locations.

Since Tiny Furniture, Dunham has gone on to achieve superstardom with HBO series Girls, though not without controversy: a running pop-cultural debate has focused on whether or not the show is racist, with critics pointing to its lack of diversity. Yet it’s Dunham’s honesty and obvious talent which shines through regardless.