With the release of Lee Chang-dong’s enigmatic thriller Burning, we celebrate the modern renaissance in South Korean cinema that’s put directors like Park Chan-wook and Bong Joon-ho on the world stage. 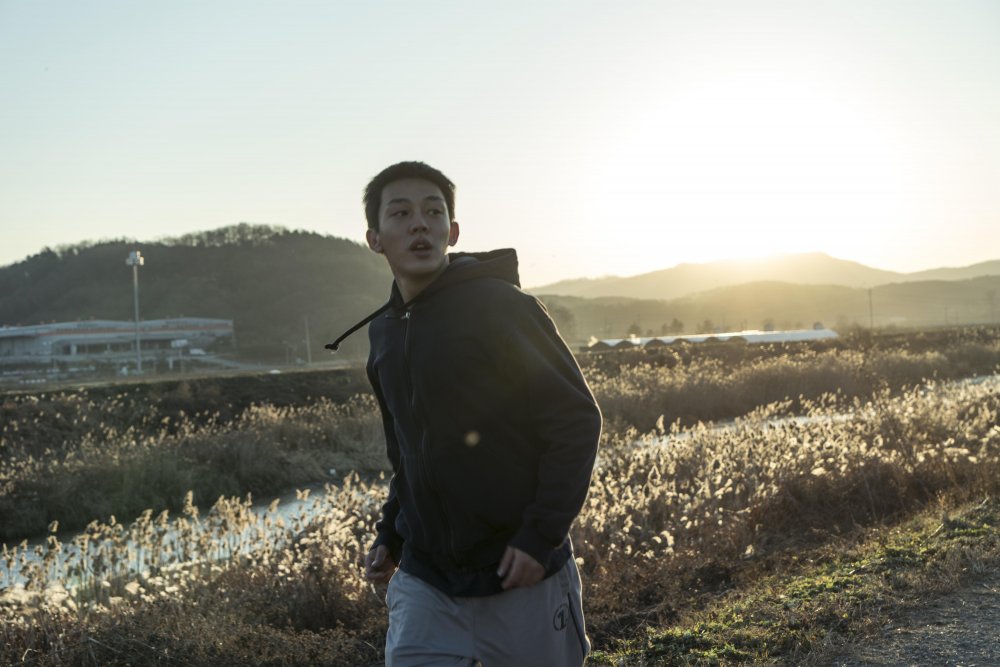 Burning is in cinemas from 1 February 2019

The tantalisingly cryptic mystery Burning marks the long awaited return of Lee Chang-dong, arguably South Korea’s most celebrated filmmaker. The source material may be a short story by Japanese author Haruki Murakami, but this is quintessential South Korean cinema, as Lee comments on economic anxieties, social alienation and the capacity for violence that lurks in a society now saturated in western influence.

Lee is part of a generation of South Korean directors who have sought to master (and mix) genres from a local perspective, developing their careers in tandem with a booming pop culture economy. Kim Jee-woon’s dark comedy The Quiet Family (1998), Kang Je-gyu’s bombastic thriller Shiri (1999) and Park Chan-wook’s military procedural Joint Security Area (2000) were early breakthroughs. 2003 was a banner year, with the release of Bong Joon-ho’s Memories of Murder, Park’s Oldboy, Jang Joon-hwan’s Save the Green Planet, Kim Ki-duk’s Spring, Summer, Autumn, Winter… and Spring and Kim Jee-woon’s A Tale of Two Sisters.

Although a perceived emphasis on the theme of revenge has frequently led South Korean cinema to be labeled ‘dark’ or ‘extreme’, it actually has an abundance of tones. Kwak Jae-yong’s trendsetting romantic-comedy My Sassy Girl (2001), John H. Lee’s tearjerker A Moment to Remember (2004) and Lee Hae-jun’s absurdist fable Castaway on the Moon (2009) demonstrate markedly different aspects of a unique filmmaking culture

What follows is a guide to modern South Korean cinema from its late 1990s surge to its current status as a leading purveyor of innovative blockbusters and festival favourites. 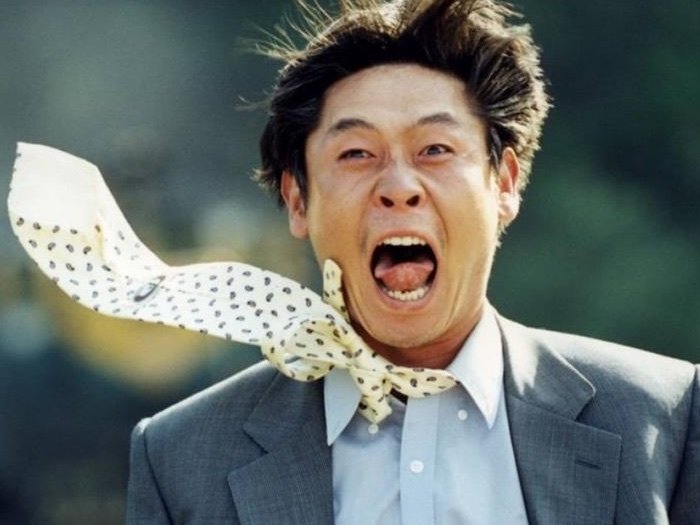 A veritable emotional tsunami of a film, Lee Chang-dong’s epic second feature boldly tells a man’s life story starting with his suicide on a railway bridge, where he screams “I want to go back!” as a speeding train approaches. The film then does just that, using reverse chronology to show what has brought Yong-ho (Sol Kyung-gu) to this point. These episodes from key junctures in his life (1994, 1987, 1980 and 1979) also note the roots of many issues that have since spurred modern Korean cinema’s interrogation of the national psyche.

Yong-ho’s actions are frequently unsympathetic, and Lee never seeks to excuse his unpleasantness towards others; he is brazenly hypocritical as a married businessman in the 1990s and irredeemably brutal as a police officer in the 1980s. Rather, this masterfully executed film explains the protagonist’s dehumanisation within the context of a tumultuous history that ultimately allows for a measure of compassion towards an irreparably broken individual. 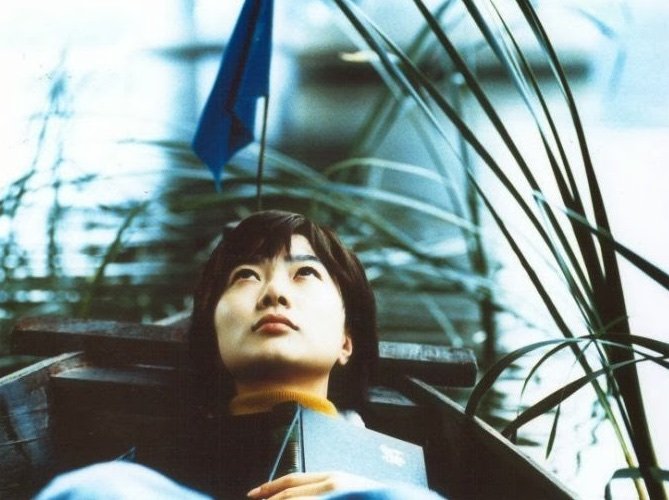 Set in the port town of Incheon, Jeong Jae-eun’s gentle debut feature follows five female friends as they try to adapt to the adult world after graduating from high school.

Hye-ju (Lee Yo-won) has an entry-level position at a brokerage firm in Seoul; Ji-young (Ok Ji-young) resides with elderly grandparents while pursuing an artistic path; half Chinese twins Bi-ryu (Lee Eung-sil) and Ohn-jo (Lee Eung-ju) cheerfully peddle handmade jewellery on the street; and the spirited Tae-hie (Bae Doona) undertakes free labour at her family’s sauna while trying to keep the group together.

In poignant fashion, these friends are inevitably growing apart as a result of different lifestyle expectations, as illustrated in a giddy clothing market outing. Jeong keeps them connected through cleverly constructed cell-phone conversations while text messages are illustrated on various surfaces, a touch that gives this warm-hearted film a nostalgic feel when viewed in the social media age. 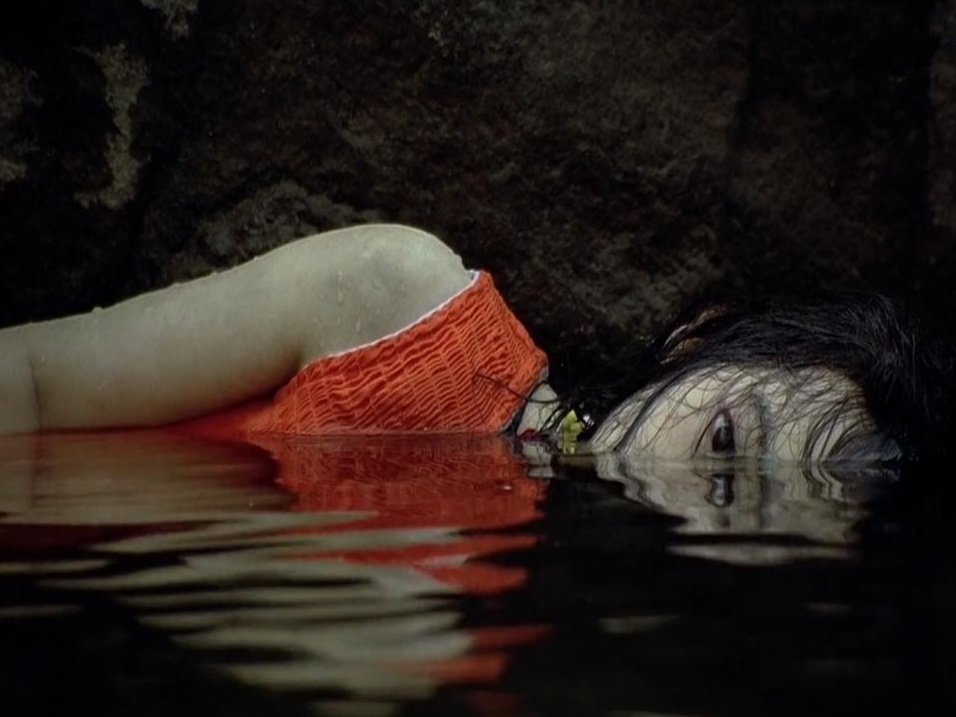 Deaf factory worker Ryu (Shin Ha-kyun) loves his sister (Lim Ji-eun) so much that he resorts to desperate measures when she needs a kidney transplant. After ill-fated dealings with organ traffickers, he takes advice from his revolutionary girlfriend Yeong-mi (Bae Doona) and kidnaps his boss’s daughter (Han Bo-bae), but their scheme soon unravels.

Park Chan-wook plays as much with the cruel twists of fate typical of everyday hard-luck stories as he does with pulpy genre tropes. By confidently shifting focus to the girl’s industrialist father, Park Dong-jin (Song Kang-ho), he considers how people at all levels of society see themselves as victims of its economic trends.

This cruelly compelling crime drama kicked off Park’s celebrated ‘Vengeance trilogy’, which continued with the now iconic Oldboy and concluded with Lady Vengeance (2005). It also established a template for Korean thrillers by erupting into sheer bloodlust after an almost unbearably controlled extended build-up. 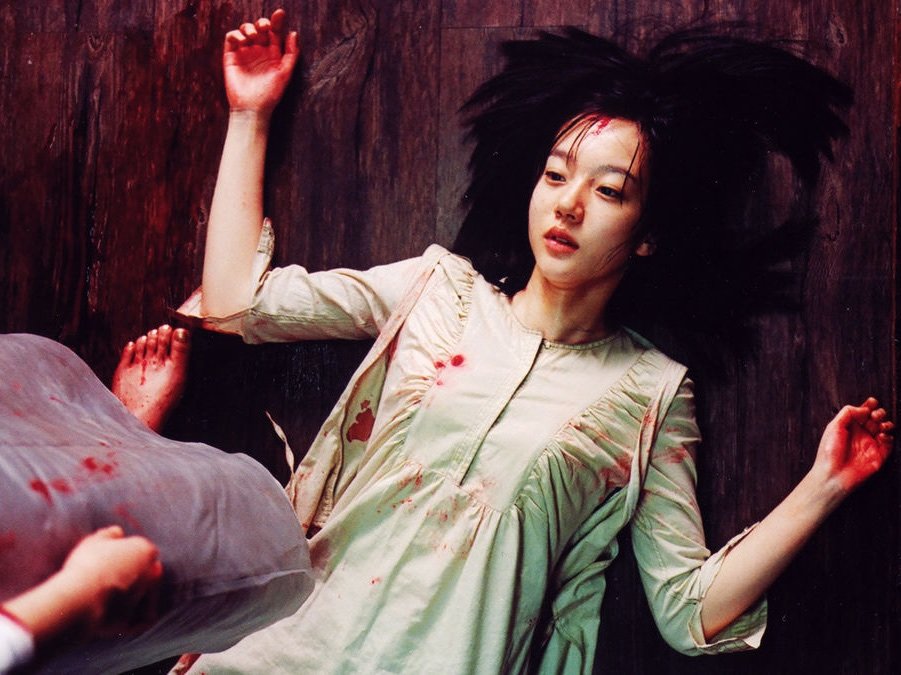 Inspired by a classic folktale, A Tale of Two Sisters is a supremely atmospheric psychological horror film that takes place almost entirely in a secluded estate. Shadowy, sharp-angled cinematography, richly detailed production design and a disquieting music score are methodically utilised by Kim Jee-woon to put the audience on tenterhooks.

After being treated in a sanatorium, teenager Soo-mi (Lim Soo-jung) is sent home, where she re-establishes her bond with younger sister Soo-yeon (Moon Geun-young). Their father Moo-hyeon (Kim Kap-su) is curiously detached while stepmother Eun-joo (Yum Jung-ah) is downright chilly. It’s apparent from the outset that this family is haunted by an unspecified trauma, but the twist takes this tale in an unexpected yet consistent direction. 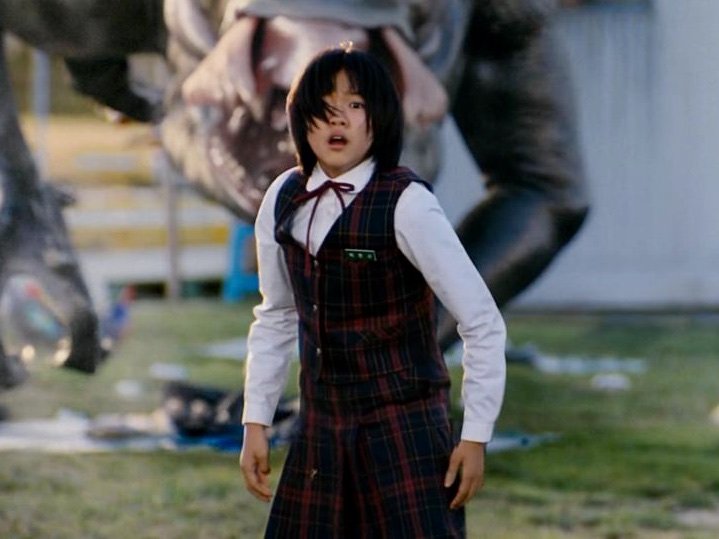 Still one of the biggest films of all time at the South Korean box office, The Host is a gloriously entertaining monster movie that trades as much in biting socio-political commentary as it does in blockbuster spectacle.

Gleefully breaking with accepted genre wisdom, Bong Joon-ho fully shows the slimy, fish-like creature early on in a jaw-dropping set piece that sees it terrorising the area around the Han River and absconding with Hyun-seo (Ko Ah-sung), the young daughter of dim-witted snack shop proprietor Park Gang-doo (Song Kang-ho). With the government too mired in bureaucracy to help, the rest of the family bands together for a rescue mission.

Amid their efforts, Bong chastises the local authorities, who expect citizens to fall into line with little justification, as well as an unwanted American presence that wants to use a hazardous chemical agent (‘Agent Yellow’) to defeat the threat. Come the climax, one wonders who the real monster is. 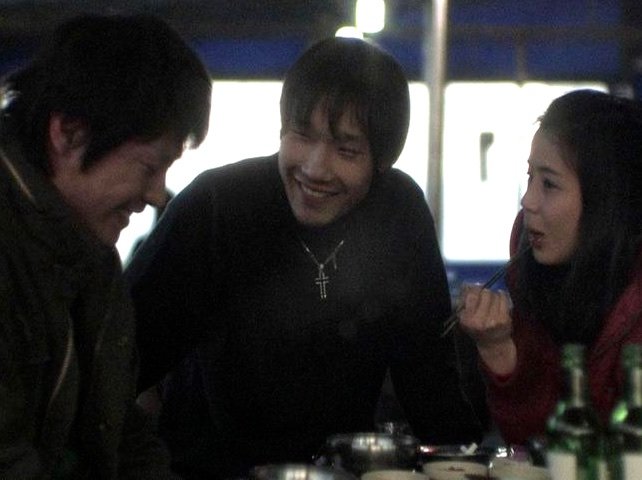 Just as South Korean cinema was becoming a touch too super-charged for its own good, this lo-fi indie comedy from the resourceful Noh Young-seok (he also took on cinematography, music and editing duties) provided a refreshing alternative.

Drinking with friends after breaking up with his girlfriend, Hyuk-jin (Song Sam-dong) is persuaded to go on a group outing to the countryside. But when everyone else gets too inebriated to show up, he goes it alone in the depths of winter. What ensues is a fitfully amusing road movie that finds Hyuk-jin encountering a grouchy guesthouse owner, a conniving couple and a bawdy potato hauler.

The film’s casual rhythm captures the feeling of being perpetually hungover to the point that even its longueurs become a part of its charm. Steeped in Korean drinking rituals (one should never turn down a beverage), it nonetheless crosses cultural barriers with its deadpan take on despondent male behaviour. 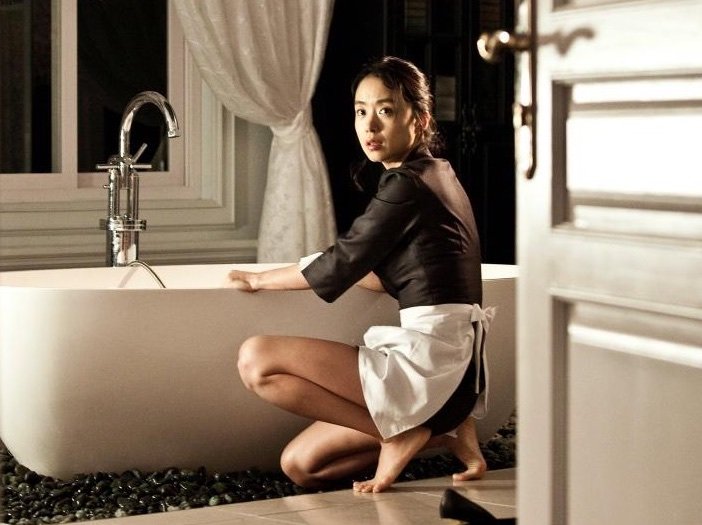 Considering the extent to which the stylistic influence of Kim Ki-young’s classic The Housemaid (1960) looms over modern Korean cinema, a remake may seem too on-the-nose, but Im Sang-soo’s loose retelling proved to be a timely update. Shifting from the original’s middle-class milieu to a significantly wealthier family, Im emphasises the moral bankruptcy of a world based on subservience, as housemaid Eun-yi (Do-yeon Jeon) is taken advantage of by selfish husband Hoon (Lee Jung-jae).

Aside from some choice nods, Im is more intent on skewering the modern elite than paying homage to Kim’s film. The titular character in the original had a decisively vengeful streak that made her a social-status vigilante of sorts, but in a telling reversal, the comparatively passive Eun-yi is alternately used or dealt with. Every frame of this luridly heightened melodrama exudes seductive elegance, but it’s the flagrant displays of entitlement that prompt the strongest reactions. 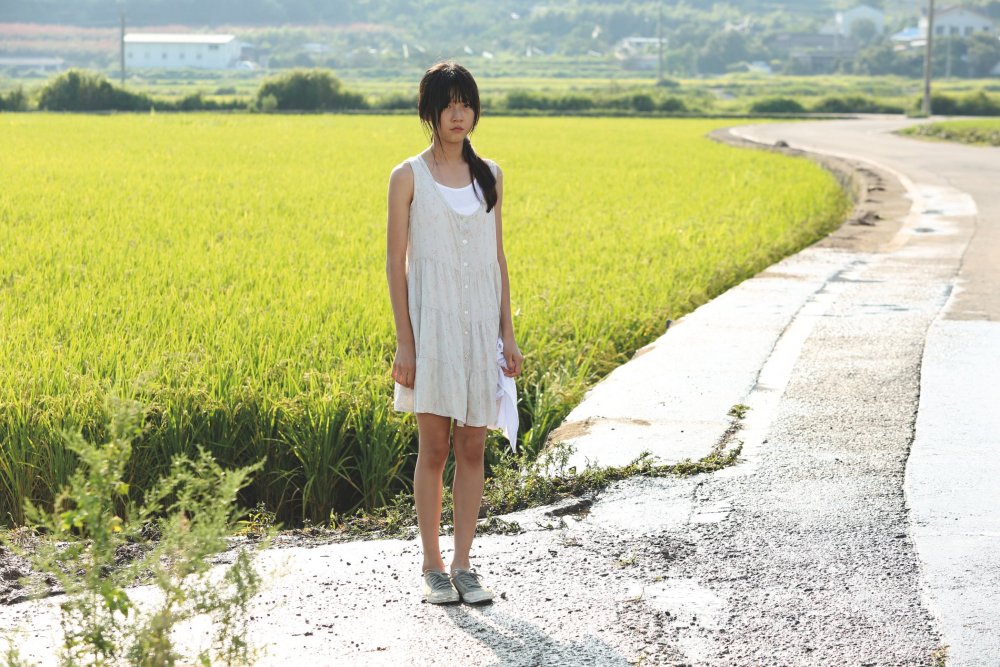 Following a scandal, police officer Lee Young-nam (Bae Doona) is relocated from her post in Seoul to a remote seaside town in Yeosu. Lee attracts unwanted attention from the already wary townsfolk when she comes to the aid of abused 14-year-old Seon Do-hee (Kim Sae-ron). For all of her noble intentions, Lee is a complicated ‘saviour figure’ who is dealing with her sexual identity and a drinking problem.

This quietly powerful debut feature from July Jung is pivoted on an uncompromising performance by Bae, whose fiercely guarded character is representative of state power yet very much an outsider in this community. She’s matched beat-for-beat by Kim as her seemingly withdrawn adolescent transcends cliché through moments of precocious self-confidence. Their precarious situation is underscored by the rural location, which is placid at first glance, but gradually revealed to be rife with inequality through Jung’s frank exploration of regional politics. 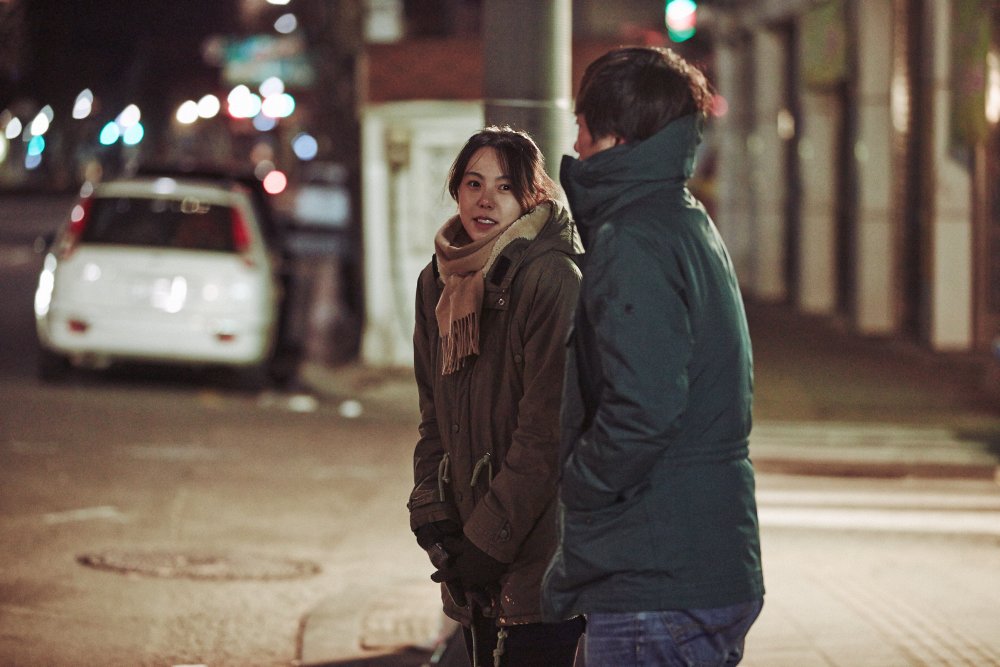 A common refrain with regards to Hong Sang-soo’s oeuvre is that when you’ve seen one of his films, you’ve seen them all. Indeed, choosing one of his works for a list such as this could be seen as an arbitrary task, but Right Now, Wrong Then encapsulates much of what is so irresistible about his self-reflexive ruminations on male-female dynamics.

The near romance here is between arthouse filmmaker Ham Cheon-soo (Jeong Jae-yeong) and model-turned-painter Yoon Hee-jeong (Kim Min-hee). They meet by chance at a temple in Suwon and spend an enjoyable day together, only for things to go pear shaped at an evening social gathering. The day then starts over and the encounter plays out again, but minor variations lead to a very different outcome. As ever with Hong, there’s plenty of eating, drinking and smoking.

Regardless of which story one wants to take as ‘real’, both are fine examples of Hong’s structured yet spontaneous cinema. 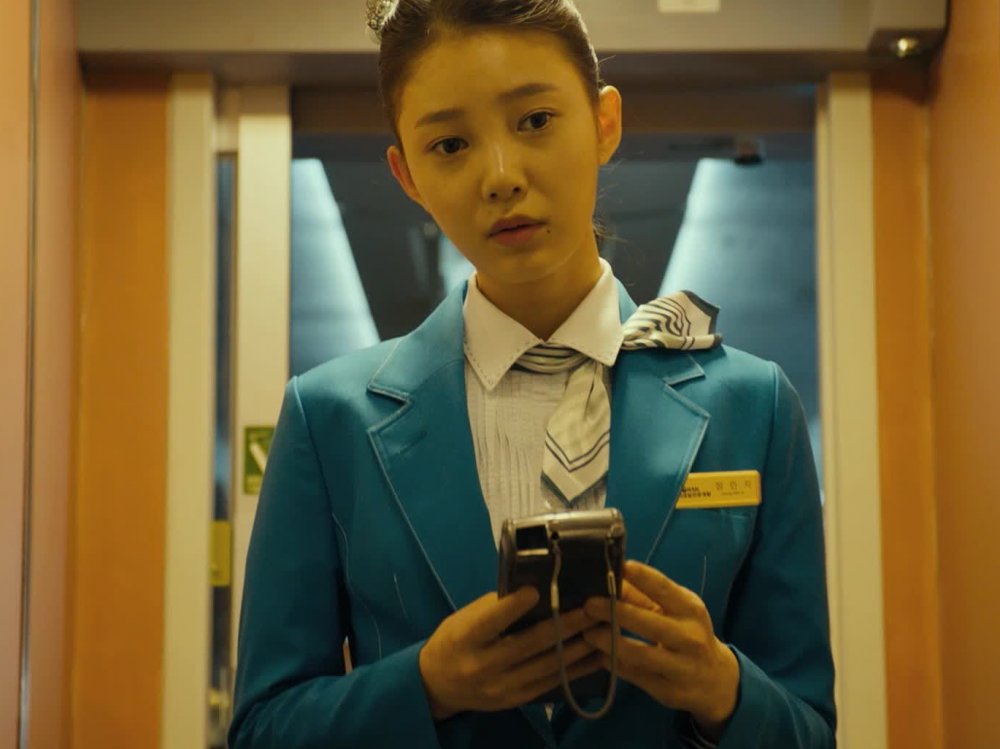 Often summarised as ‘zombies on a train’, Yeon Sang-ho’s apocalyptic action movie thoroughly delivers on the promise of its high concept premise while also stuffing a whole lot more into two hours of breathless mayhem.

At Seoul station, divorced fund manager Seok-woo (Gong Yoo) boards the express service to Busan with his young daughter to visit her mother, but a zombie outbreak has occurred and a young woman on the train has a bite wound on her leg. The economic status of the other passengers ranges from an arrogant executive to a homeless man. As the situation escalates, class differences hinder everyone’s chances of survival as much as the increasing risk of infection.

Barrelling along with a total disregard for subtlety, the film wears its social commentary on its blood-stained sleeve, as workaholic Seok-woo reconsiders his parental responsibilities amid the crisis. And for those who prefer zombies of the fast-moving variety, Train to Busan is just the ticket.