Some of the finest contemporary filmmakers have experimented with ditching widescreen in order to resurrect the squarer ‘Academy’ ratio of earlier times. 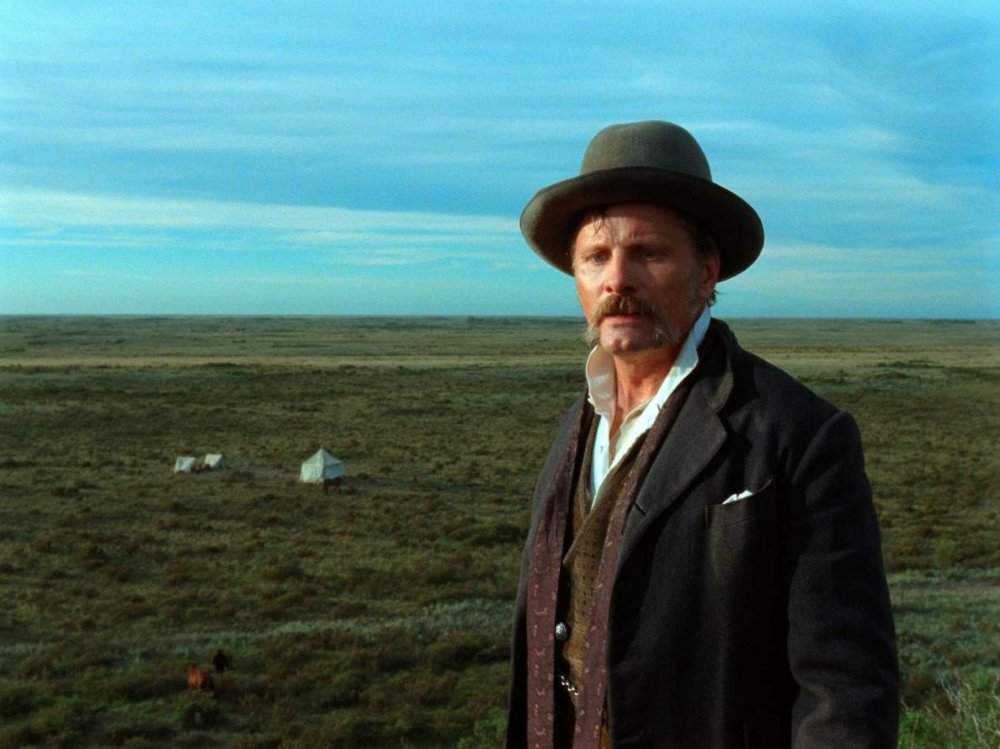 Martin Scorsese’s deft, tautological epithet, “cinema is a matter of what’s in the frame and what’s out”, typically orbits discussions of subject matter or setting, camera placement or lighting. What’s perhaps considered less of a variable are the actual dimensions of the image: its aspect ratio, or ratio of the width of an image to its height.

Cinema’s early days were straightforward. A 35mm celluloid frame was four perforations high, creating an industry standard ratio of 4:3, or 1:1.33, often shortened to 1:33. When synchronised sound arrived in 1929, dimensions expanded slightly to allow for the optical soundtrack strip, creating a 1:37 aspect ratio. Both of these were folded into one official image size, known as the Academy ratio.

Television’s emergence forced movies to go bigger – witness the 1950s escalating image-size wars, on-screen territorial gains staked out by outlandish monikers like Cinerama (2.59), Cinemascope (2.35) or VistaVision (1.85), or experiments in vastly expensive 65mm and 70mm expansion. The full history is involved and complex: suffice it to say that, today, convention favours a cinema aspect ratio of 1.85 anamorphic (the process of compressing a widescreen image onto a narrower aspect ratio format, like 35mm), with 2.35 as its steroidal big brother.

Television still cleaves to its 4:3 origins, with an increasing shift towards 16:9 (1.77) and thus ‘letterboxed’ movies for home entertainment, to eliminate the dreaded ‘pan and scan’ trend that lopped off a film’s wider framing. Indeed, as super-sized TVs, computer monitors, tablets, or mobile phones – on which any video not shot horizontally is often derided as amateur – dominate our home viewing, a wider rectangle is clearly modern moving images’ dominant shape.

Yet interestingly, the last few years have brought several films from filmmakers keen to explore cinema’s original aspect ratio. Lisandro Alonso’s Jauja, an elliptical trip to 19th-century Patagonia and beyond, follows this Academy format; the squarer format, complete with rounded frame edges, aids its period feel, while Alonso’s more arcane touches imbue it with an otherworldly feel. By reinterpreting its past, he and the filmmakers below help reframe modern cinema and envisage it anew. 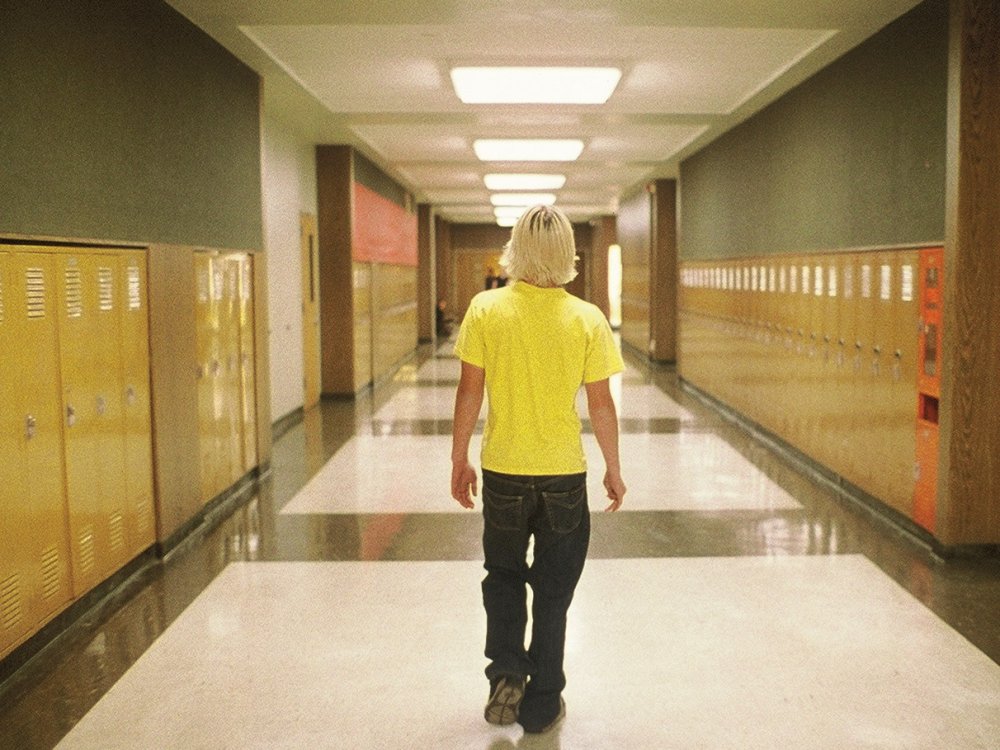 A restless visual experimenter, Gus Van Sant followed up a series of high-profile, late-90s Hollywood projects (Good Will Hunting, his near-shot-for-shot Psycho remake) with a return to his lo-fi, independent roots. Elephant, ostensibly an investigation into / loose re-enactment of the horrific Columbine high-school massacre, was the first of three successive efforts to go back to an Academy aspect ratio (followed by Last Days (2005) and Paranoid Park (2007)), reminiscent of Van Sant’s beloved 16mm.

There’s a practical reason for the aspect ratio change – originally the films were commissioned by HBO for television – but it’s clear that Van Sant and cinematographer Harris Savides are creatively stimulated by the look. Chronicling and frequently tracking various protagonists through school hallways and suburbia, the compressed framing gives a strong sense of disaffected teenage isolation. But Van Sant then disarms this observational, documentary-like feel with his woozily languid, anti-polemic style, to create something eerily familiar yet hauntingly intangible. 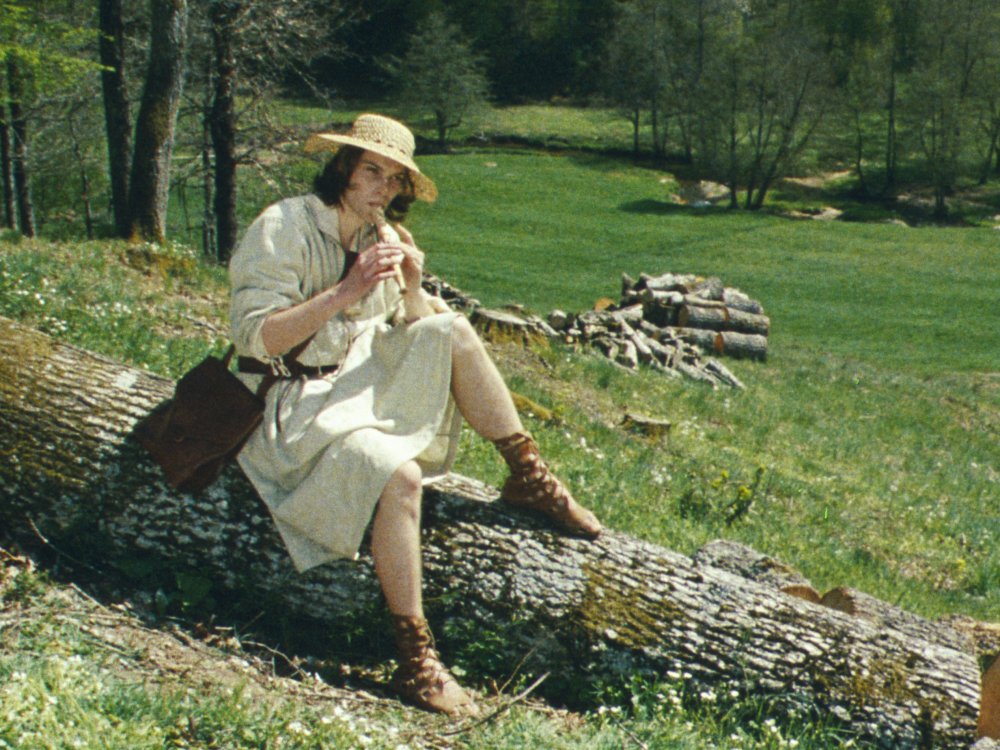 Few, if any, filmmakers displayed such an ongoing devotion to the Academy format as French master Eric Rohmer, from his early features in the late 1960s, all the way up to this, his final film, in 2007. Rohmer was also renowned for his use of the 50mm lens, the lens most approximate to the human eye, and combined with his preference for discreet medium shots and natural lighting, the Academy ratio allowed his audience to remain close observers to the foibles of his often bemused, endearing characters, yet never intrusive.

While the majority of Rohmer’s films were contemporary, domestic stories of human relationships, even when he explored history or myth, as in Astrea and Celadon’s pastoral fable, he grounds proceedings in an intimate humanity. It’s an intriguing, perhaps even radical, way to depict a fantasy revolving around self-absorbed young lovers and mistaken identity; but it immediately identifies the film as Rohmer’s own, a director who stood by his elegantly simple, yet profound, way of seeing and showing the world to the very end. 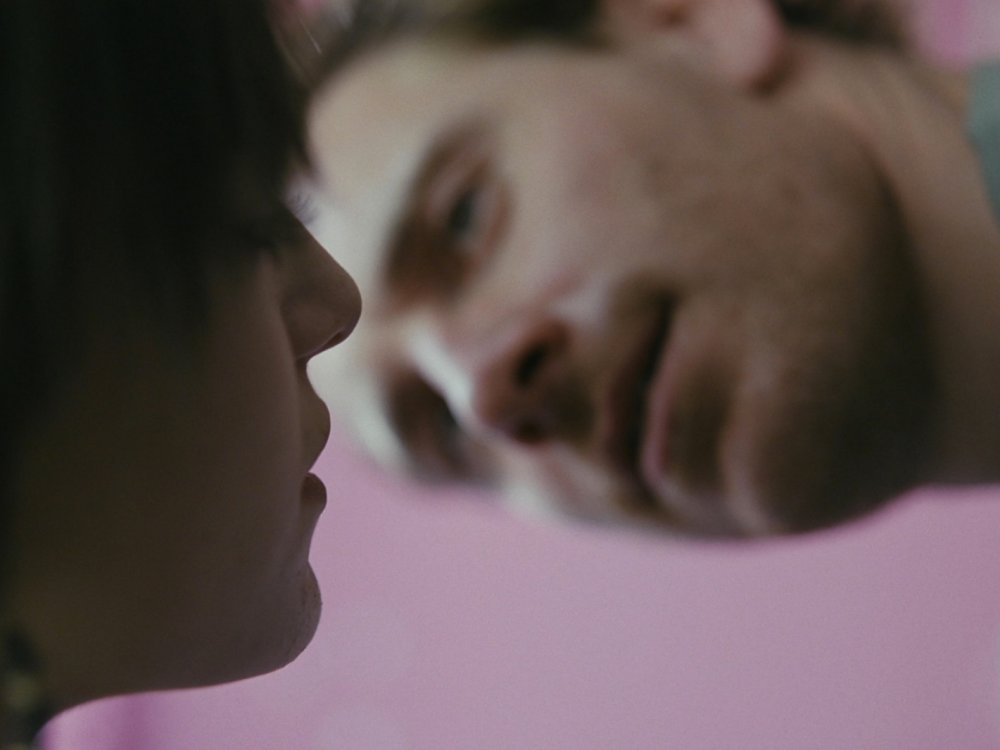 Andrea Arnold’s short films showed her uncanny facility to hone in on one (female) protagonist and reveal their internal and environmental struggles. Her outstanding second feature, Fish Tank, documents 15-year-old Mia’s socially and sexually troubled adolescence, struggling to navigate a volatile council-estate family set-up, made even more precarious by the arrival of her mum’s seductively charming new boyfriend.

Describing Academy ratio as “the perfect frame for a person”, Arnold never leaves Mia’s side and by opting to shoot in the squarer format, she frames her lead actor confidentially yet also respectfully. There’s a tactile intimacy to Mia’s depiction (aided by newcomer Katie Jarvis’s remarkable emotional translucence) that makes character the main focus, while never neglecting the claustrophobic surroundings that help shape her. Arnold and cinematographer Robbie Ryan yield such stunning results, it’s little wonder they chose the same visual framing for their next collaboration, Wuthering Heights (2011). 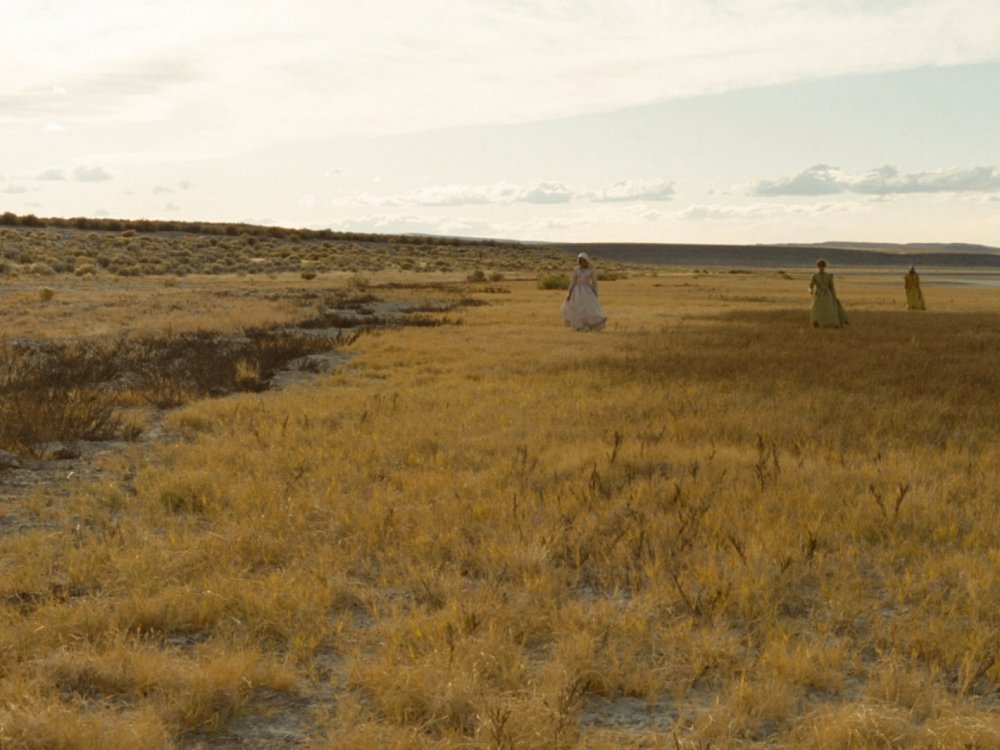 It’s tempting to imagine all westerns as panoramic epics of men pitted against rugged nature, when, in fact, many genre greats – My Darling Clementine (1946), Red River (1948) – were shot in standard Academy ratio. It’s a strategy smartly followed by filmmaker Kelly Reichardt for her tale of a small wagon train of Oregon settlers led by a braggart wilderness guide who may be getting them increasingly lost or leading them into danger.

The Academy format puts the audience in a similar position to the increasingly wary travellers: unable to see too far ahead in the restricted landscape, uncertain of what lies beyond their vantage point, with the arid, dusty surroundings encroaching into their space. From an aesthetic perspective there’s also a beautiful contrast between the square frame and the curved outlines of the wagons and the women’s bonnets, so often used to frame actresses’ faces, but here artfully concealing the characters’ intentions and emotions. 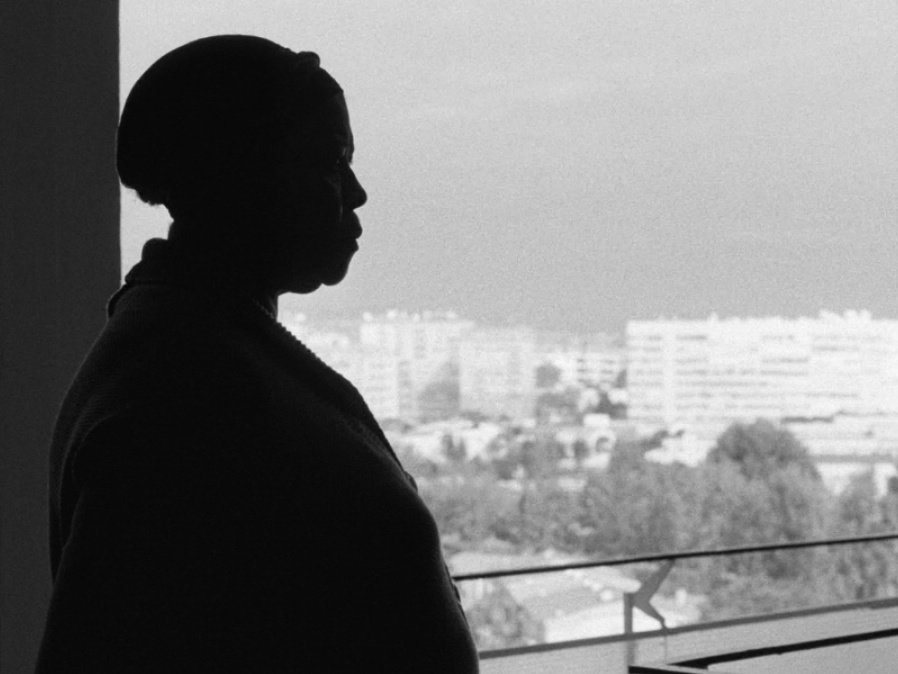 In 1931, F.W. Murnau made Tabu, an ‘exotic’ (South Pacific) romance – silent and black and white, as one might expect from the period. Portuguese critic-turned-filmmaker Miguel Gomes’s 2012 film nods to Murnau with a shared title, similar subject matter (a love triangle in equally exotic Africa) and the same aesthetic – a monochrome, Academy aspect ratio, with one of its two main sections minus dialogue, if not sound-free.

Gomes has fun with this meta-fictive construct, particularly the short, colonial era-set African prologue, in which a lovelorn explorer sacrifices himself to crocodiles. But the director has bigger ambitions than mere pastiche, and by continuing his borrowed visual aesthetic across dual strands – modern-day Lisbon and 70s Portuguese Mozambique – alongside his own innovations (the ‘silent’ narrative driven by narration and a detailed soundscape, including Ramones lip-synching), he explores notions of memory and identity, both personal and of the cinema itself. The Artist’s silent movie homage may have won the Oscar but Gomes’s playful intelligence with the square format merits an Academy (aspect ratio) award of its own. 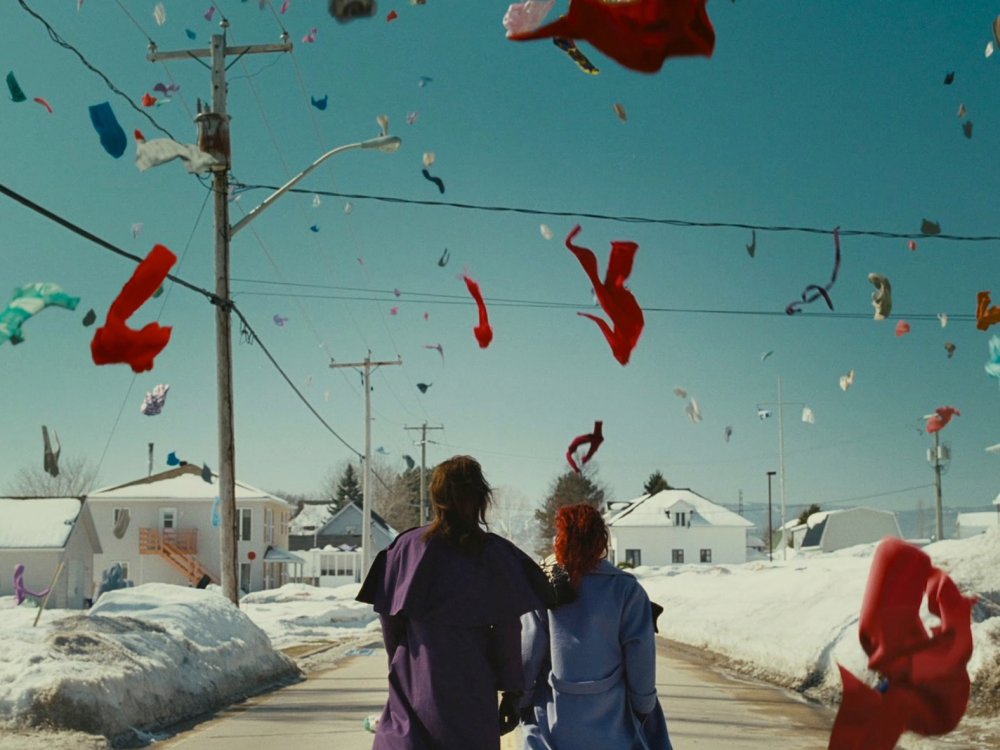 It seems almost churlish for young auteur Xavier Dolan to shoot his epic, vibrant, 161-minute paean to a male-to-female transgender transformation in Academy format. So lush in its colours, extravagant in its medley of showboating styles, so operatic in its emotional register is the film, that it sometimes feels that anamorphic widescreen would scarcely be enough to contain it, let alone the cropped aspect ratio.

Its undoubtedly a deliberate tactic by a brazenly talented and self-assured filmmaker, another bold gesture testifying to his ability to provoke, surprise and dazzle – and the fact that all this enormous (excessive?) audio-visual outpouring still feels so up-close, personal and raw is testament to Dolan and his superb actors, Melvil Poupaud and Suzanne Clément. Incredibly enough, then, Laurence is merely the prelude for even more outré aspect ratio designs: Dolan’s 1:1 perfectly square and even more ambitious Mommy is currently in cinemas. 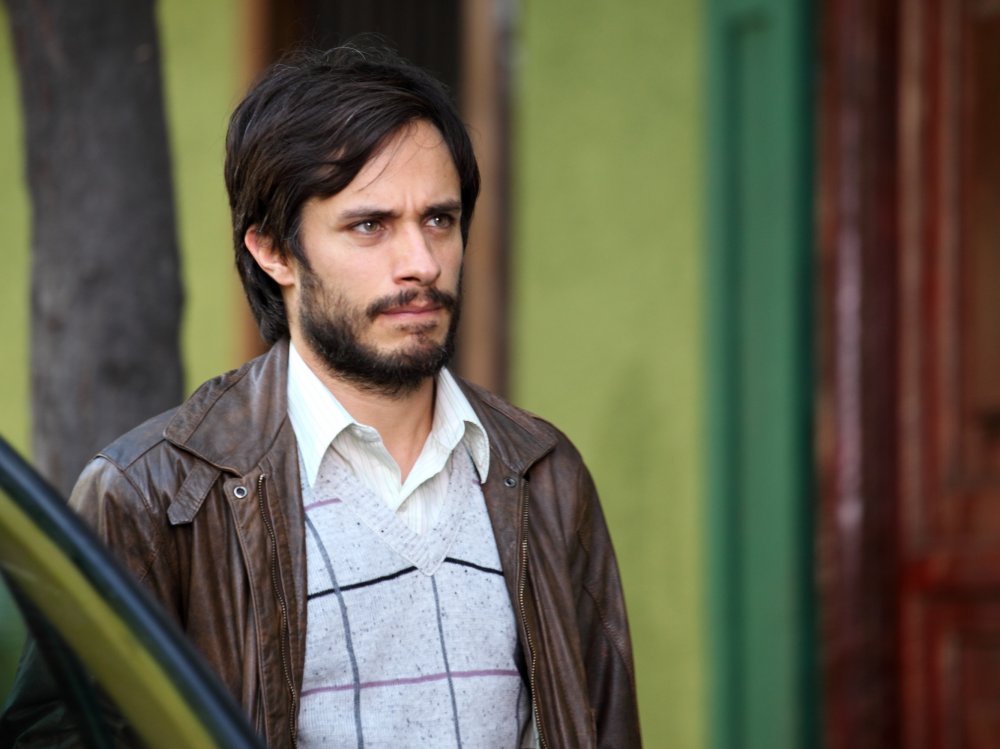 Chile’s 1988 referendum that ended General Augusto Pinochet’s 25-year dictatorship was marked by a literally revolutionary ‘No’ television advertising campaign. Director Pablo Larraín’s savvy strategy when recreating the events for his excellent 2012 film was to match the new footage to the old – shooting star Gael García Bernal and fellow cast members in desaturated, low-resolution imagery of a then-typical 4:3 televisual format.

What this loses in clarity and ‘beauty’ – though many will argue that the flattened out texture has its own aesthetic qualities – is more than compensated for by its cinematic effect: a near-seamless integration of documentary archive (which comprises around 30% of the finished film) and contemporary drama, a consistency that somehow makes both sets of footage merge into a strange docudrama hybrid. The film’s trenchant skewering of advertising and salesmanship’s influence on political opinion remains undeniably relevant to today’s electorates; but, paradoxically No’s visual cinematic achievement is what makes it such a modern film. 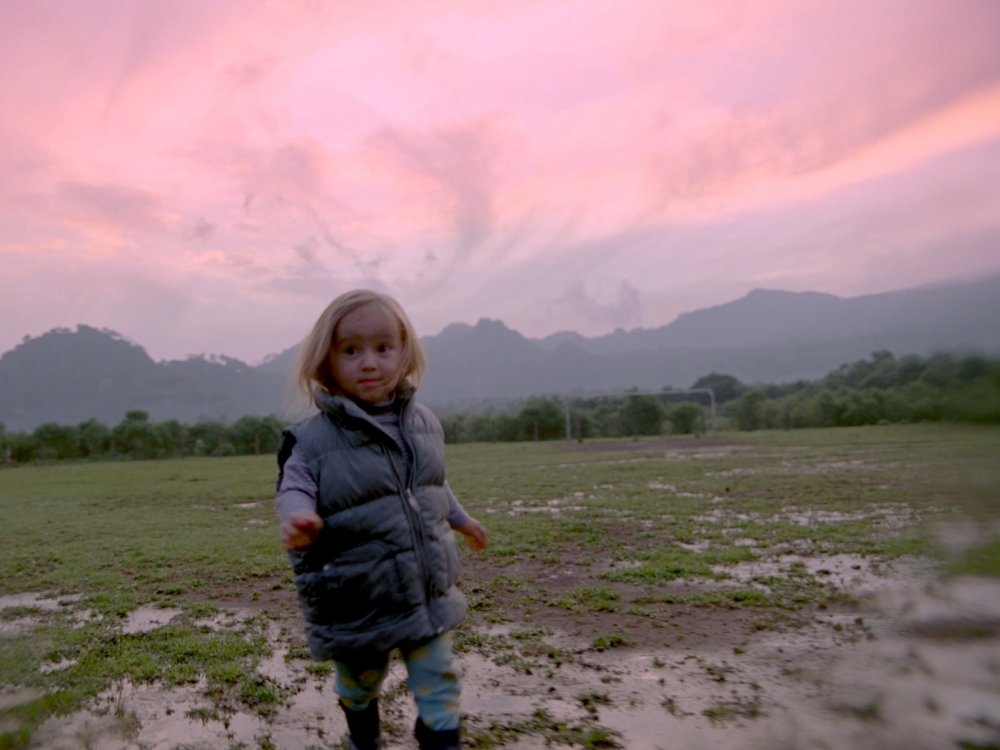 Carlos Reygadas’s enigmatic tale of middle-class Mexican spiritual malaise baffled many on first viewing and it wasn’t merely due to a heady mix of ominous rural settings, sauna-set swingers clubs, a glowing CGI devil and English school rugby. Reygadas filters his allusive visions through a custom-built, bevelled lens, clear and sharp in the centre of the frame, blurred and fractured towards the edges. From the gripping first scene of a young girl (his own daughter) out in the open among roaming animals as a storm moves in, it’s a captivating gambit.

This distortion seems to echo the dissonance felt by its adult protagonists, and despite its startling warped viewpoint, the choice of Academy format ironically helps orientate the audience – a warped, square frame somehow easier to navigate optically than an elongated rectangle – allowing the strangeness of his gorgeous imagery to seep in, as the smaller canvas evokes his characters’ ‘tunnel vision’. 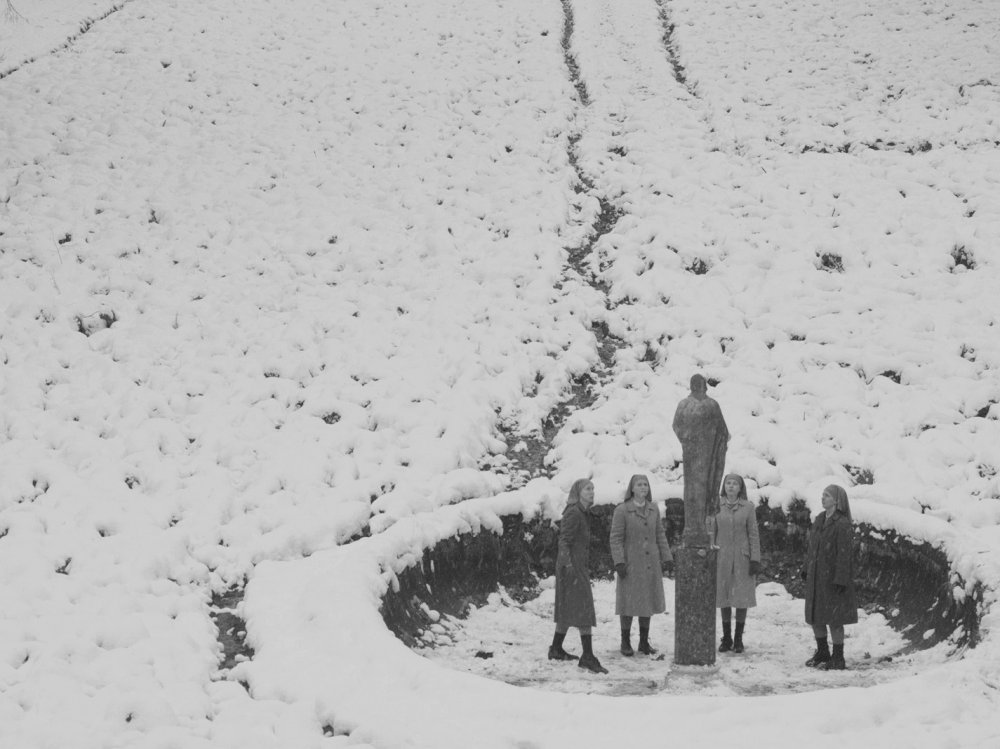 “I’m really bored with cinema and its tricks – close-ups, handheld, music that underlines stuff – it doesn’t work on me any more. So I thought, OK, let’s make a film that’s more photographic.” Pawel Pawlikowski told me this long before Ida became an awards-circuit favourite and Oscar-winner. Yet for all the film’s many strengths, its singular, voluptuously monochrome use of the Academy format, is one of its most striking.

What makes Ida’s imagery so unique is not simply the boxy framing, perfect for observing the two women at the heart of its haunting story; it’s that Pawlikowski instinctively adopted a tilted-up framing, often leaving his characters moored or even marooned in the lower half or third of the frame. This vertical strategy, loaded with evocative meanings for a tale so imbued with mystery and spiritual enquiry, simply wouldn’t work in widescreen. Pawlikowski pulls off his self-devised new trick with spectacular success. 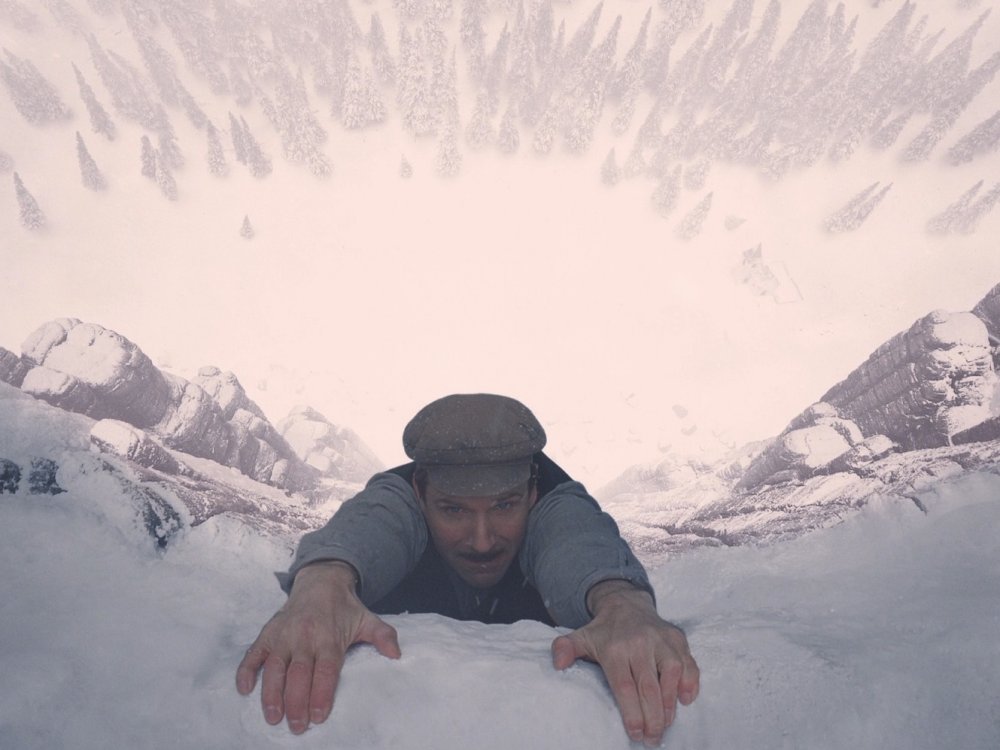 While many of Wes Anderson’s films have a timeless feel, his sojourn at The Grand Budapest Hotel marks his first confirmed period piece. As a consummate formalist, it’s perhaps to be expected that Anderson delineates the three distinct eras with the size of cinematic screen aspect ratio most prevalent in those epochs: 1.85:1 for the ‘modern’ setting; 2.35:1 for the 1960s widescreen era (and incidentally the image size in which Anderson has shot most of his features); and, for the bulk of his tale, set in 1932, 1.37:1. In fact, given that this same year was when the Academy ratio was confirmed, it wouldn’t be a shock if that were also an Anderson in-joke.

Nevertheless, Anderson then uses his Academy ratio to superb effect, making use of the more ‘upright’ framing – and lots of ceilings – to hem in hotel manager Gustav H., a man already (running) out of time; as well as getting numerous laughs from using the depth of the frame rather than the width.