Louise Osmond is one of a number of distinctive female documentary-makers to have emerged in recent British cinema. As her latest film, the racing underdog story Dark Horse, goes on release, we look at some of their finest achievements. 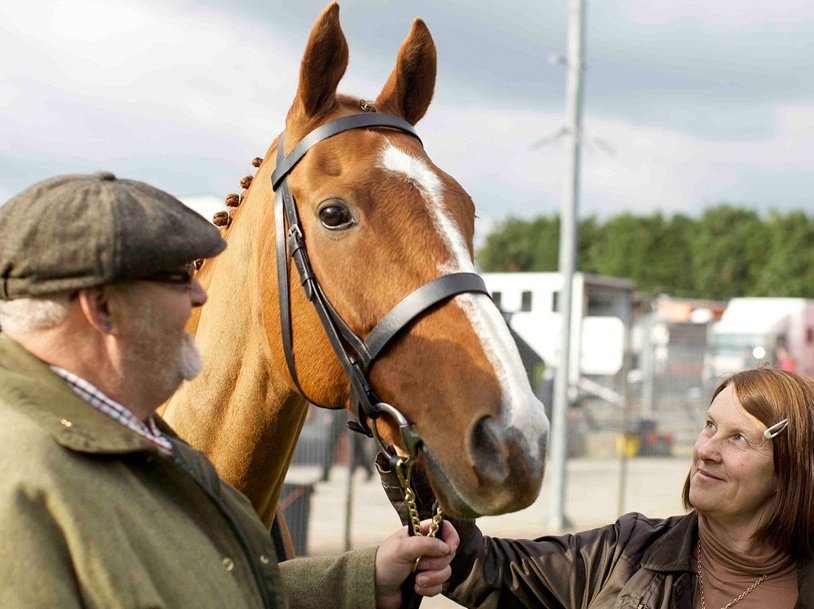 From an ex-mining outpost in the Welsh valleys emerged a story that ignited her imagination and, in turn, the panel of judges at the first public BFI Film Fund pitching session at the 2013 Sheffield Doc Fest, who immediately recognised its cinematic potential and committed public funds to its production.

Dark Horse recounts the extraordinary tale of how barmaid and cleaner Janet Vokes convinced a bunch of her mates to form a syndicate and breed a racehorse. As persuasive as she is likeable, Janet and her husband had previously had success in pigeon racing so this seemed the logical next step. Raised on a small patch of land, their foal – aptly named Dream Alliance – grew into an unlikely champion, giving some of the most celebrated thoroughbreds a run for their money. On paper it shouldn’t work. In real life it did, and retelling it on screen makes for a heart-stopping and inspirational experience for viewers.

Since the turn of the century, a number of distinctive British women filmmakers have emerged in the field of documentary. As Dark Horse pulls into cinemas, here’s a look at 10 of their most notable achievements. 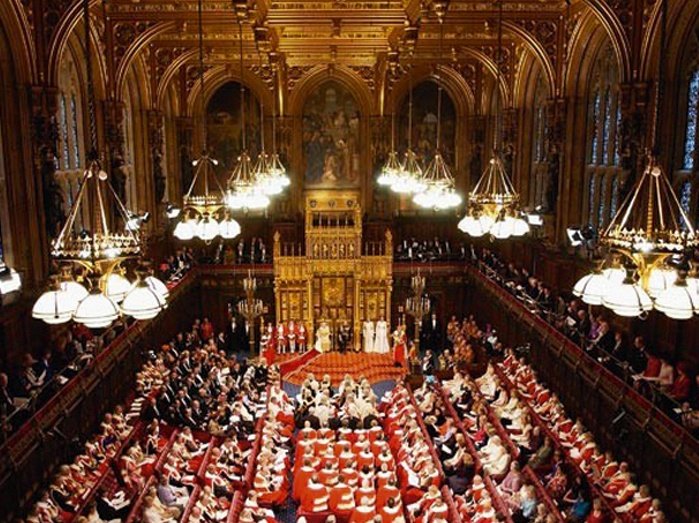 Molly Dineen is adept at taking an inside look at individuals or institutions undergoing major change – such as London Zoo or the army – and in this case her subject is the House of Lords as it faces historic reform with the removal of hundreds of hereditary peers from parliamentary office.

“I’m really a wildlife filmmaker,” Dineen has said of herself – who sits back and waits and becomes part of her subjects’ lives. In The Lords’ Tale, Dineen catches the lords (and the very occasional lady) roaming the palatial corridors and in their offices – she was barred from entering the bars or restaurants. Her customary combination of probing questions and empathy elicit a range of responses spanning the charming, mischievous, worried and erudite.

Dineen has also said that, “Casting is a key factor in my documentaries.” Look out for the elderly Lord Romney, who takes on the role of a wise fool speaking truth, as Dineen puts it, as he is elbowed out of the House of Lords. 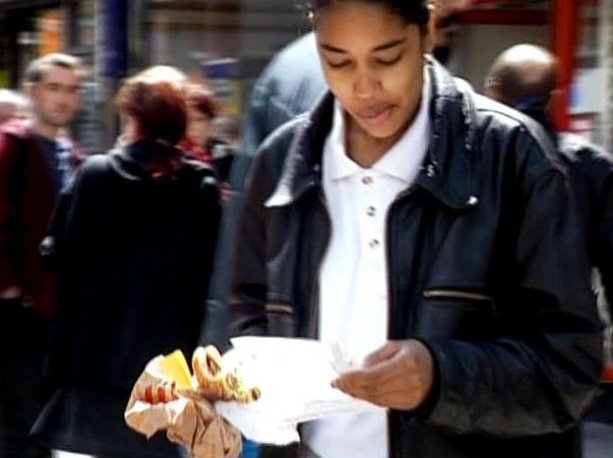 Franny Armstrong’s first full-length documentary was a giant leap of faith given that it was filmed over a period of 10 years with a voluntary crew and virtually no budget – documenting the longest trial in UK history, without, of course, knowing how it would turn out. Armstrong’s depiction of the astonishing twists and turns of the McDonalds libel trial proves a gripping tale of “two people who wouldn’t say sorry” for producing a leaflet detailing their concerns about some of the company’s fast food practices.

Propelled by the wit and tenacity of the McLibel Two, gardener Helen Steel and postman Dave Morris, the film combines a compelling mix of interviews with the key protagonists, along with the nifty use of some choice McDonalds adverts, and several re-enacted courtroom scenes, directed by Ken Loach.

Lawyers at BBC1 and Channel 4 initially stopped the broadcast of McLibel on television but it went on to be released worldwide, was later shown on TV, and was picked for Mark Cousins’ season Ten Documentaries That Shook the World at BFI Southbank in 2007. 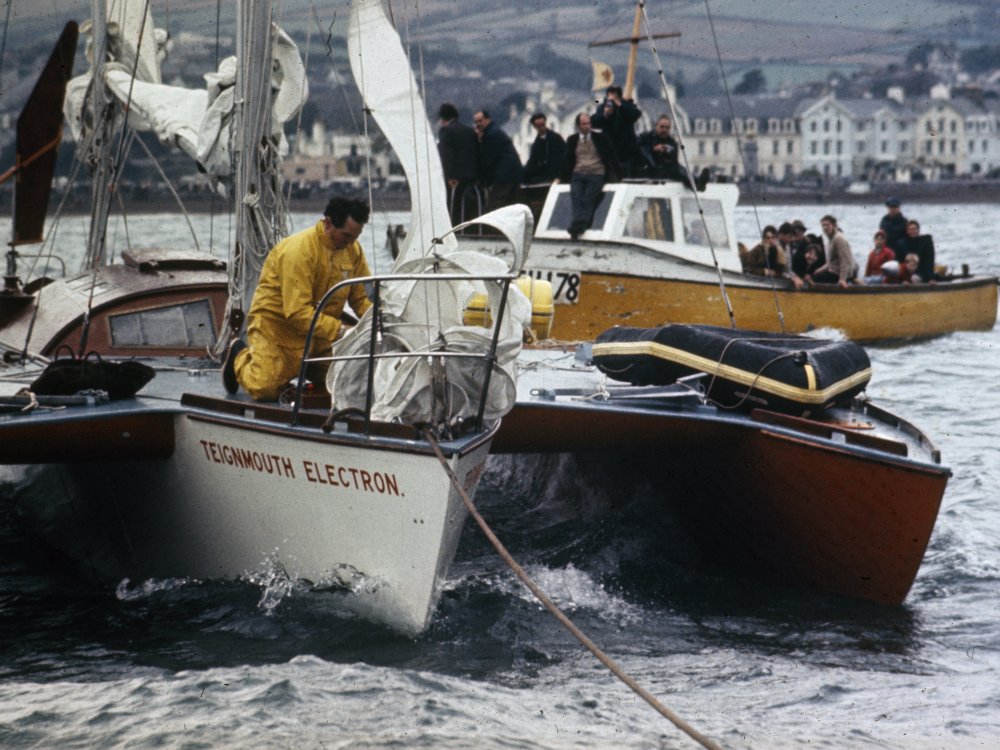 Louise Osmond recognised rich filmic potential in the true story of Donald Crowhurst, an electrical engineer and amateur yachtsman, who participated in the Sunday Times Golden Globe round-the-world single-handed sailing race in 1969. His experiences at sea were captured by two log books, a 16mm camera strapped to a rig by Crowhurst and his daily audio diary recordings. The amateur footage captures an affable, confident, beer-swigging master of the waves and as the story (and mind of the protagonist) painfully unravel, the shaky imagery assumes an increasingly haunting quality.

The film transforms into a darkly engrossing treatise on fragility of the human psyche and aligns our brave but misguided adventurer from Somerset with the characters who have populated seafaring legends from Homer through Defoe to Conrad.

The film won the best documentary award at the 2006 Rome International Film Festival. 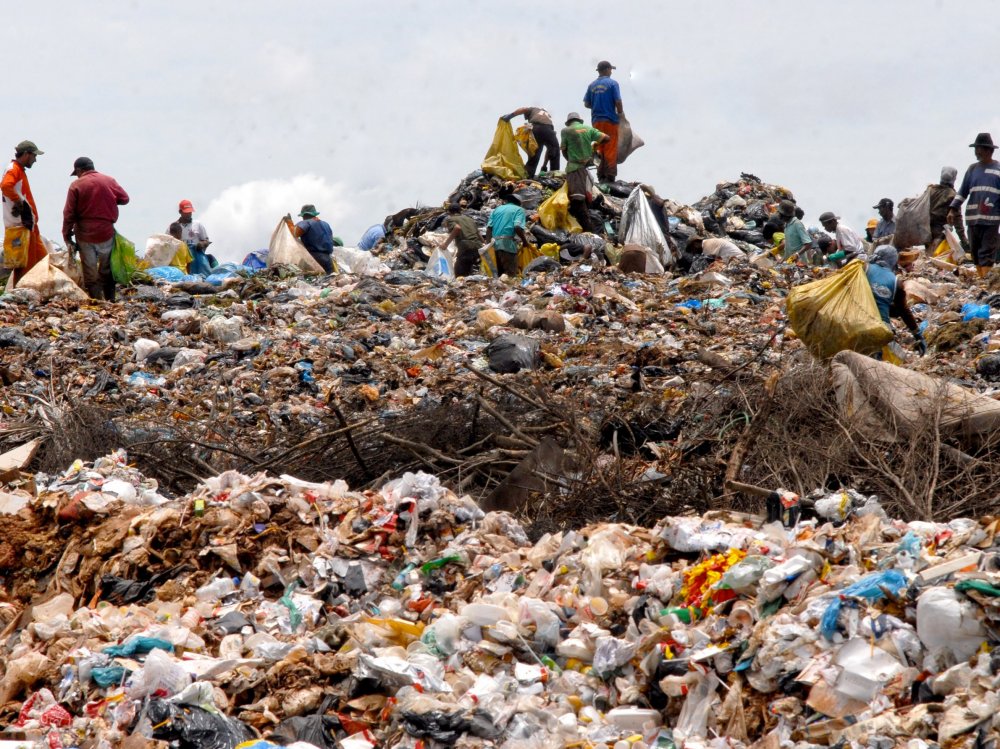 For her third feature-length documentary, Lucy Walker persuaded charismatic artist and photographer Vik Muniz to return to his native Brazil and collaborate with the catadores (garbage pickers) at Jardim Gramacho, one of the world’s biggest landfill sites. It proved to be an inspired move. As Walker has said “Vik’s project turned out to be the most magically transformative one imaginable.” Together he and the catadores make some giant pieces of art, and Walker’s film about the project is moving and unexpectedly vivacious.

Walker follows some of the memorable people who have ended up working at Jardim Gramacho – rarely anyone’s career of choice – and she encourages them to find their voice in front of the camera as they tell their remarkable stories. With a powerful message and plenty of wonderful moments, it’s not surprising that Waste Land has been a hit at film festivals and with the public around the world, winning the Sundance Audience Award and nominated for the Oscar for best documentary feature. 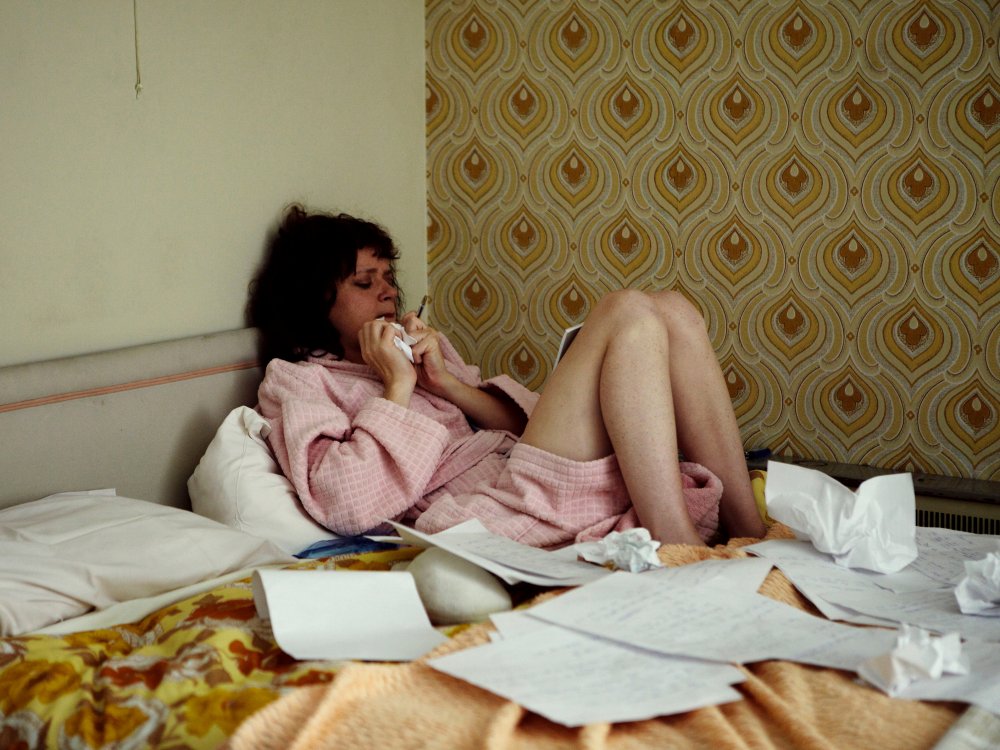 Clio Barnard’s experimental debut feature is as much a critique of the documentary form as it is a riveting portrait of a housing estate and its inhabitants, in particular the working-class playwright Andrea Dunbar, best known for writing Rita, Sue and Bob Too (1987). Barnard has said: “I don’t really believe in documentary’s ability to tell the truth and I don’t really believe in any idea of authenticity in terms of a style of filmmaking, no matter what the subject matter is.”

The film’s title derives from the street in Bradford’s Buttershaw estate, Brafferton Arbor, where Dunbar was brought up and drew inspiration for her gritty realist plays. Eschewing convention, Barnard, who shares her protagonist’s Yorkshire roots, revisited a method of storytelling that she had experimented with in one of her earlier shorts, Random Acts of Intimacy (2002), in which actors lip-sync to audio recordings of real people talking about having sex with strangers. Deployed in The Arbor, the technique gives nuance to the realist elements and results in a subtly unsettling film that hailed the arrival of a fresh voice in British cinema. 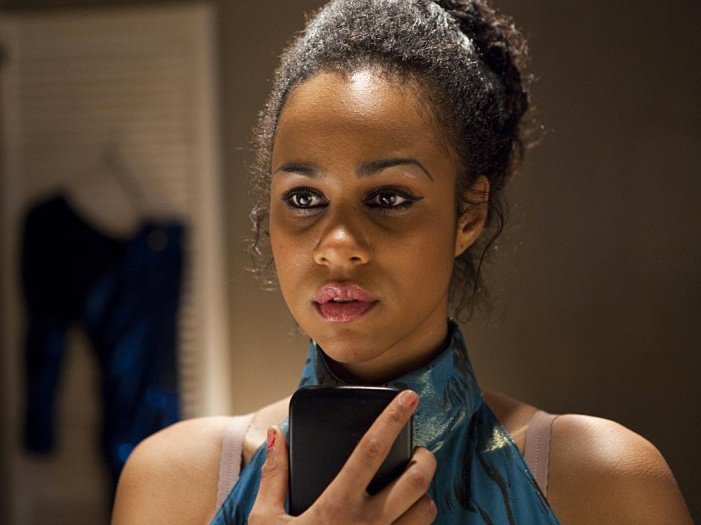 It was quite by chance that Carol Morley picked up a discarded copy of The Sun newspaper while travelling on the London Underground and read a disturbing report about 38-year-old Joyce Carol Vincent, who had lain dead on her sofa in her North London bedsit for nearly three years before her body was discovered by bailiffs. The story struck a chord with the filmmaker and she felt compelled to go beyond the tawdry headline and find out more about the life of her fellow Londoner. Five years of dogged investigations and fundraising culminated in Dreams of a Life, the film that brought Carol Morley to the centre stage of British filmmaking.

In a BFI interview, Morley stated “Joyce’s is a very modern story because it looks at contemporary identity and how we construct it.” Drawing on elements of film noir, Morley certainly crafts a thematically rich and timely film that potently speaks to the contradictions and complexities of modern city life. 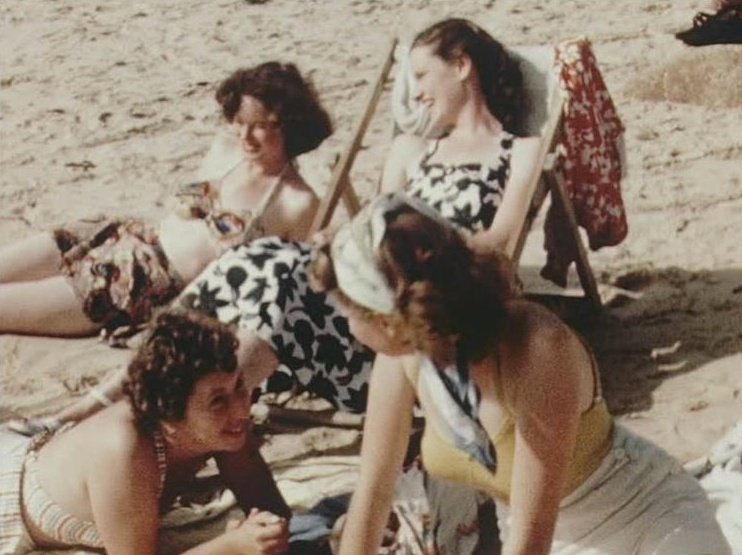 Opening in Blackpool in 1900 and closing there a century later, Penny Woolcock’s lyrical portrait of the coast and people’s relationship with it offers a social history of Britain and much more besides.

Comprised entirely of archive footage (all except one extract is drawn from the collections of the BFI National Archive), which is melded organically with music specially composed by indie band British Sea Power. Suffragettes, sailors, dancers, housewives and shipbuilders all mingle rhythmically and offer different layers of meaning. In the band’s view, “Whatever music you play to the images – it completely changes the meaning of what you’re watching.” There is no narration – as Woolcock puts it, “If you trust the audience people can figure it out for themselves.”

At the time of the film’s making this was a very experimental approach. Its success paved the way for subsequent feature-length films inspired by and composed of archive footage, including most recently, Kim Longinotto’s many-splendoured Love Is All. 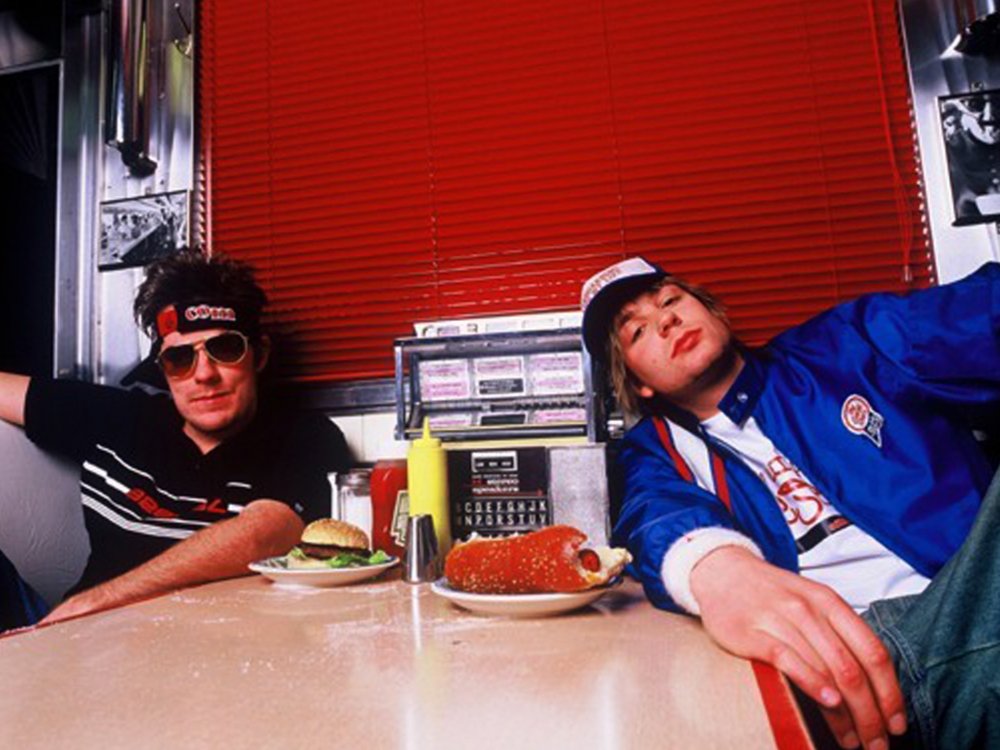 Following Sound It Out (2011), an homage to the last surviving vinyl record shop in her hometown of Stockton-on-Tees, Jeanie Finlay once again combines her two great passions, music and filmmaking, in her follow-up film, The Great Hip Hop Hoax. This tumultuous tale of how Dundee-spawned hip-hop duo Silibil N’ Brains took the music industry for a rollicking ride is as excruciating as it is absorbing. Excruciating in the sense that it quickly becomes apparent that the bubble will inevitably burst and the two Scots will be exposed as a couple of pranksters, albeit with a Sony record deal under their belt; absorbing in the mounting incredulity that their remarkable story inspires as it skilfully unfolds.

Finlay’s hallmark wit and warmth towards her characters permeates the film. She allows them to tell their own story. The subject matter is, of course, gold for a documentary filmmaker: two unemployed young Scots reinvent themselves as badass Californian hip-hop legends. In Finlay’s judicious hands, however, the documentary delves well beyond its brash headlines to explore bigger themes, not least friendship and the fickleness of fame. One can only marvel at the pluck of the imposters. The music giants they take on fare less well… 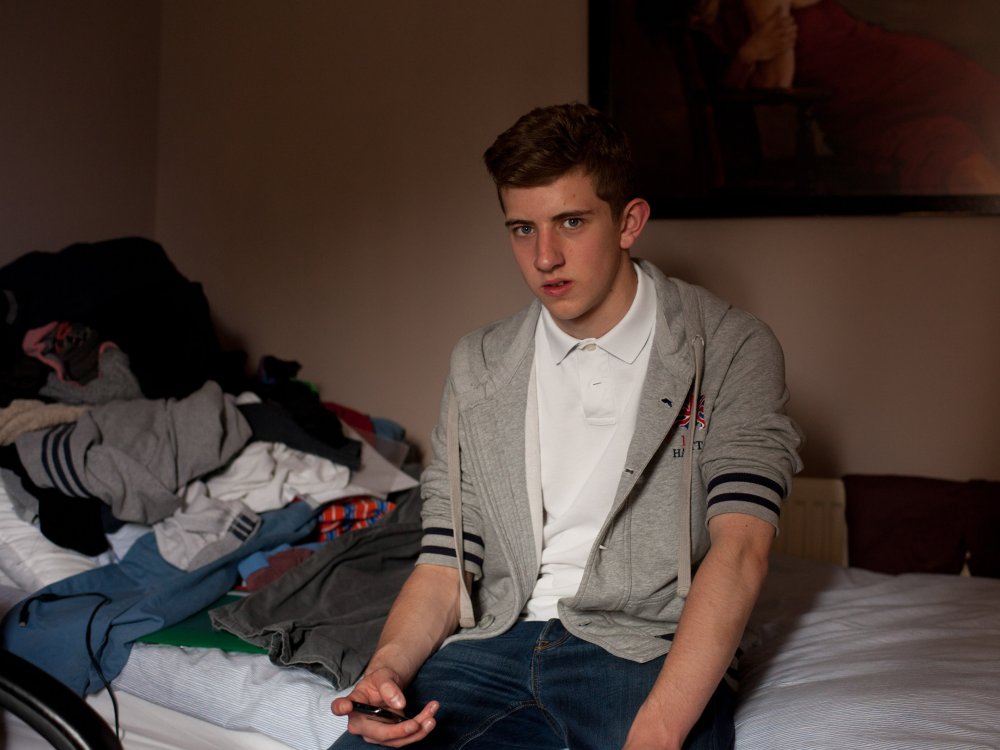 Some startling adults views are proffered too, by a range of talking heads including that of Julian Assange who asserts that “Google is the greatest spying machine ever invented”. Kidron frequently deploys her knack of sympathetically asking just the right question which many of us may be too bashful to utter, in relation to both the technological and the human aspects of internet usage.

Kidron has travelled some way since her first film – Carry Greenham Home (1983), about life at the women’s peace camp – and, as Baroness Kidron, she can now be sighted in the House of Lords, where she has been vocal on behalf of young people and online safety. 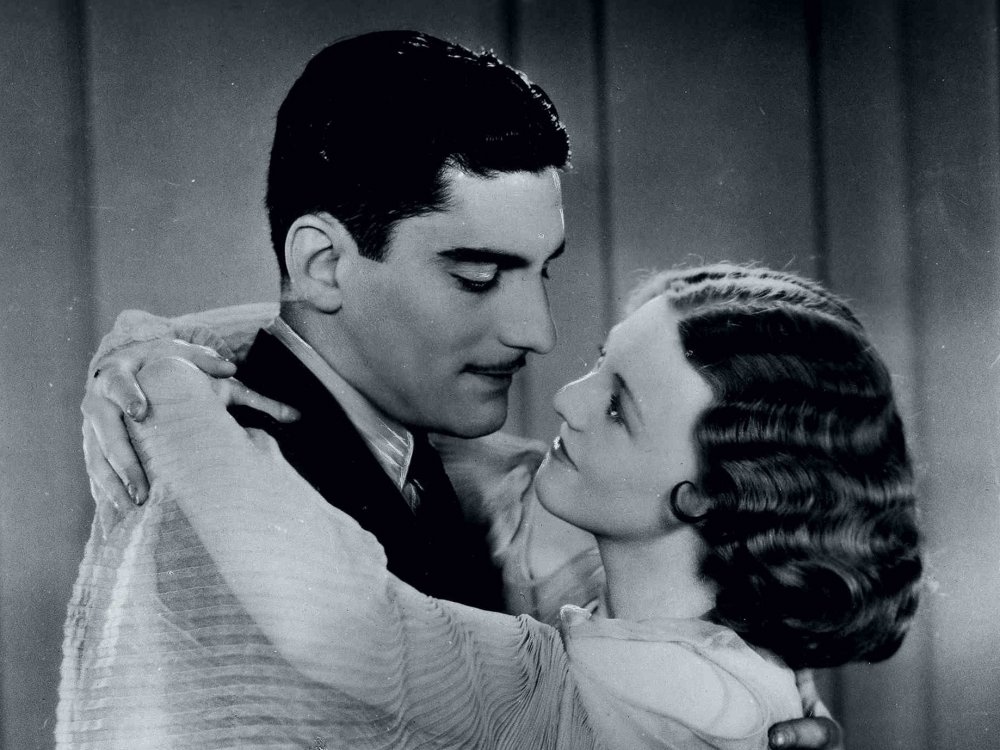 Kim Longinotto’s epic journey through a century of love and romance on screen begins with the early fumblings of a Victorian couple in a train carriage and ends on news footage about the legalisation of same-sex marriage. Along the way ingénues fall prey to cads, lesbians writhe on 1980s dancefloors, women pull guns on their husbands’ mistresses while love-drunk couples head towards the verboten woods (to later emerge from grassy glades in hazy sunshine).

Love Is All follows the anthology form of From the Sea to the Land Beyond and the Jarvis Cocker-scored ode to the steel industry The Big Melt, interfusing footage from the BFI National Archive and the Yorkshire Film Archive’s collections with a score composed by a contemporary artist – in this case the mellifluous vocals of Richard Hawley accompany the heady footage.

At first glance this appears a radical departure from the hard-hitting documentaries for which Longinotto is known (Sisters in Law, 2005; Rough Aunties, 2008), but on closer inspection the focus is definitely weighted towards the kind of female outsiders, rebels and pioneers who have populated her films and for whom she has frequently professed her love.