We gave one eager apprentice a task of deep reflection: to whittle down a 10-strong list of killer kung fu movies. 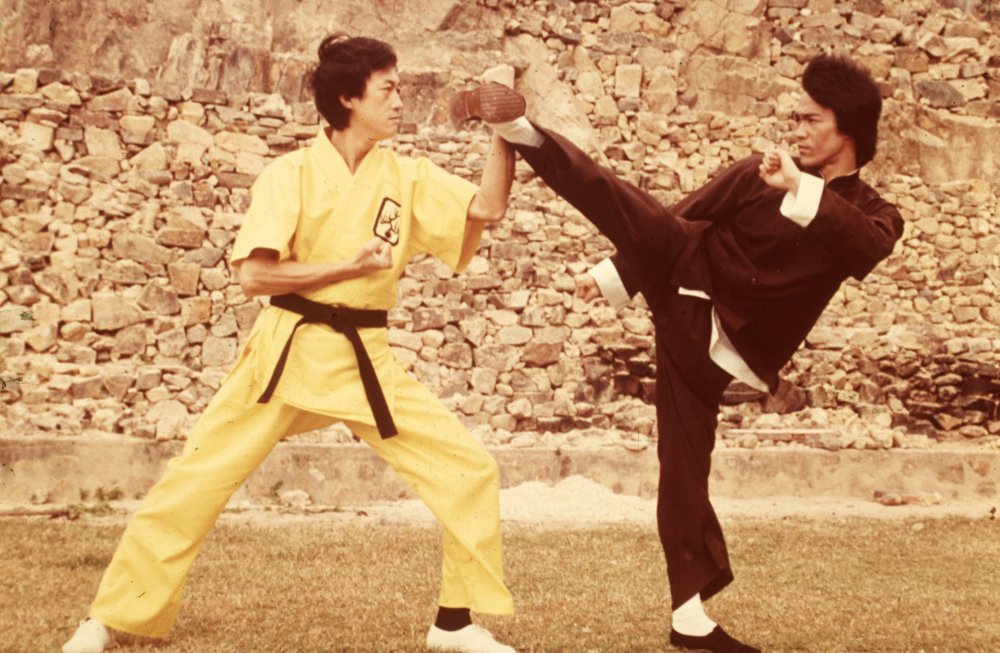 Bemoaning the lack of availability of certain films on home video in the UK definitely falls into the category of first world problems. Yet, if there were ever a reason for the discerning genre fan to fill out multiple entries for the Green Card Lottery, quit their job and emigrate to the United States of Region 1, it surely lies in the abundance of old-school kung fu movies on DVD and Blu-ray lining the shelves and warehouses of retailers across the pond.

That said, it’s not all doom and gloom for British fans looking to get their wushu kicks without taking such drastic measures. Sure, the vast Shaw Brothers library managed by Celestial Pictures may have barely trickled into the UK market, but there are notable examples readily available, as well as offerings from that other kung fu powerhouse (and pretender to the Shaw Bros throne), Golden Harvest.

Even so, the best way to experience titles from China’s golden age of genre cinema is obviously on the big screen. BFI Southbank may not feature the authentically sticky carpets and plumes of cigarette smoke that characterised the 42nd Street dives of kung fu’s 70s heyday, but at least the reels are guaranteed to play in the correct order. In July 2014, as part of our massive, five-month celebration of Chinese cinema, BFI Southbank became London’s one-stop shop to fulfil all your fist-flying, ass-kicking, grindhouse kung fu needs.

In light of which, we cracked our knuckles and adopted the preying mantis stance, ready to single out 10 great kung fu classics. 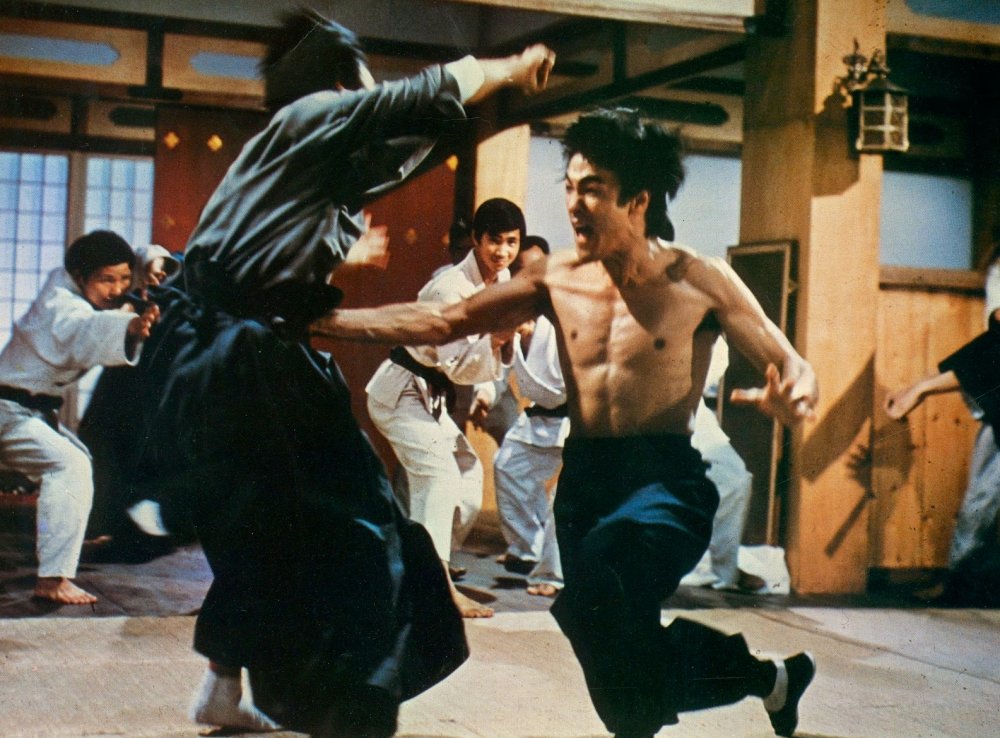 It seems appropriate to begin any such list with the man who brought the Chinese martial arts film to widespread international attention. Fist of Fury was Bruce Lee’s second leading-man vehicle (after The Big Boss the previous year) and sees the star in his most ferocious role. A period revenge tale set in Japanese-occupied Shanghai, it’s a fictionalised account of what followed in the wake of the real-life killing of legendary kung fu master, Huo Yuan-jia. Lee’s avenging student, Chen Zhen, proves the actor’s most psychotic creation, raging against the occupying forces and those he holds responsible for his master’s death with murderous zeal.

With The Big Boss, Lee’s iconic status was sealed, but it’s Fist of Fury’s final freeze-frame – as he charges into a hail of Japanese bullets — that set him on the path from legend into myth.

Best fight: Lee takes out an entire dojo of Japanese bullies (and their sensei), armed with his iconic nunchaku and trademark yips and growls. Lo shoots with high, canted angles and Sergio Leone-esque crash zooms, Lee’s elegant poise at odds with his visage of contorted rage. 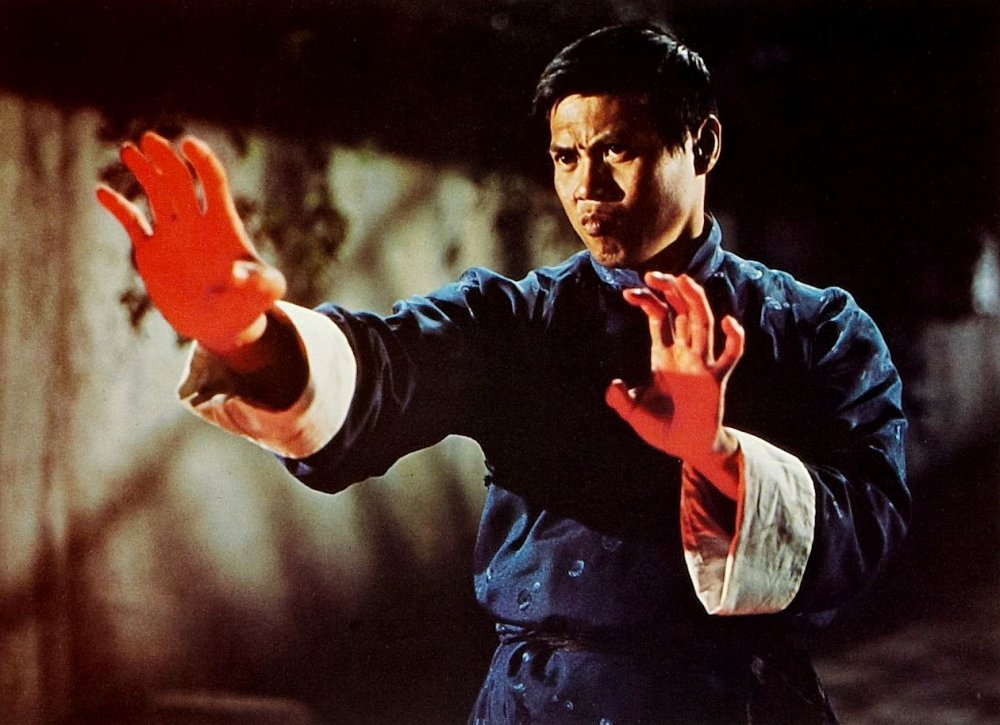 A favourite of Quentin Tarantino’s – who borrowed its borrowing of the alarum theme from Ironside for Kill Bill (2003/4) – when it comes to old-school kung fu flicks, there’s no denying King Boxer (aka Five Fingers of Death) its place in the canon. Responsible for introducing the western world to the remarkable Lo Lieh, a martial arts superstar well before Bruce Lee came on the scene, its familiar story is only that in retrospect – in fact it set the template for so much that would follow.

Learning the notorious Iron Palm technique to take out a gang at a kung fu tournament, Lo’s Chih-Hao must decide whether to exercise the full potential of his newfound skills, aware of the deadly burden of his powers. It’s not difficult to discern the influence King Boxer would have on both eastern and western pop culture, so if you’re planning a trip through the annals of 70s kung fu lore, there really couldn’t be a better place to start. 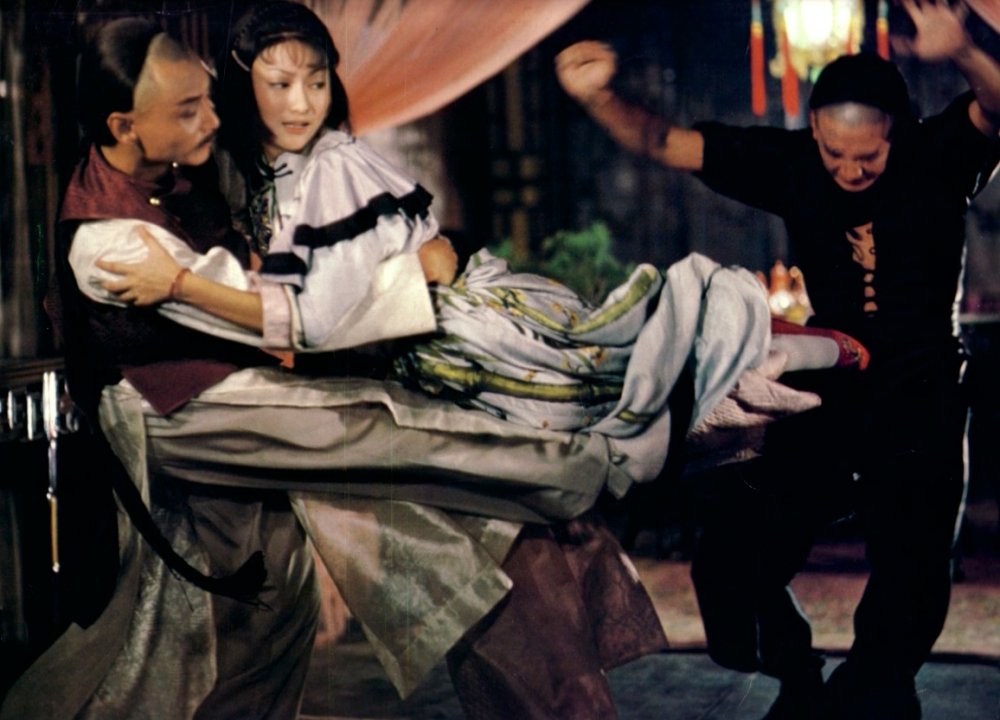 There’s a good reason you’ll find Lau Kar-leung’s name attached as director on so many of the films on this list. An actor and director responsible for some of the most witty and irreverent kung fu flicks of the 70s and 80s, his jester’s eye for choreography makes him the natural precursor to the Chaplin-esque hijinks of Stephen Chow and Jackie Chan.

For sheer charm and seemingly limitless invention, Dirty Ho – while perhaps not his greatest achievement – brims with old-school thrills. Gordon Liu is terrific as the ass-kicking lord posing as a middle-class wine merchant, determined to keep his fighting skills a secret from small-time conman, Ho (Wang Yue). Set pieces of ever-increasing virtuosity and imagination come thick and fast, a three-way set-to of human puppetry proving an early highlight.

Best fight: Liu taking on two assassins under the pretext of a wine tasting, while constantly maintaining the illusion of the ceremony’s civility, is a masterclass in speed and rigorously defined orchestration. The final fight against big, bad boss Lo Lieh is a doozy. 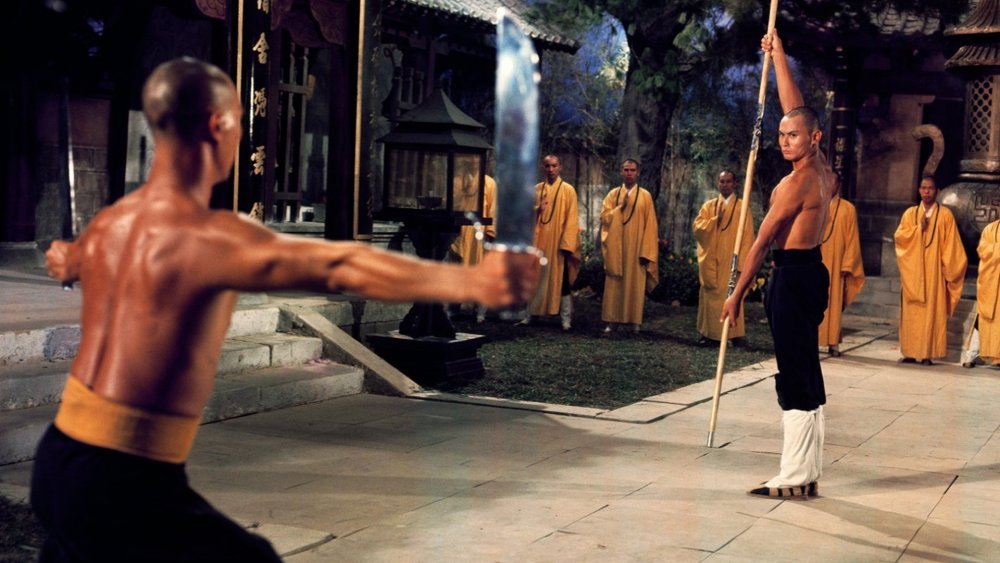 A semi-permanent fixture on the 42nd Street grindhouse circuit before its immortalisation in the cult pantheon via the medium of nth generation VHS bootlegs, The 36th Chamber of Shaolin’s reputation certainly precedes it. Gordon Liu is the wannabe student who breaks into a Shaolin temple to learn the secrets of their sacred martial arts technique. He must face a series of challenges as he passes through each of the training chambers, before setting off to avenge his murdered father.

Best fight: Lau Kar-leung has always loved a good training session, and here he gets to invest a good hour of the running time on just that. Witty and endlessly inventive, it’s effectively a montage that lasts more than half the movie. Rocky wouldn’t last a second. 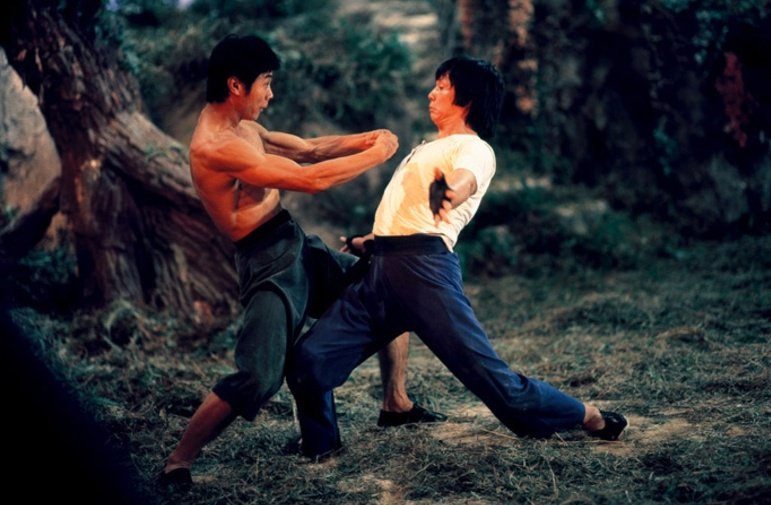 A great opportunity to check out prolific actor-director Lau Kar-leung’s own kung fu skills, even if this comic buddy movie sees him constantly upstaged by his onscreen partner, the cult martial arts whiz Hsiao Ho. Unsurprisingly, given it’s Liu calling the shots, the training scenes in the popular Monkey Style – there’s a whole subgenre of Monkey Fist kung fu flicks out there to get stuck into – are among the film’s strongest sequences, and it’s one of the director’s better-looking efforts (particularly a final, sunset training session between master and pupil). A nasty scene early on with what appears to be a live monkey may leave a bad taste in the mouth, but the film fizzes with energy, not least in Ho’s simian balleticism.

Best fight: Sadly, Hou’s one fight in full monkey costume is too brief to count as the film’s best, so the honours have to go to the final tag-team showdown between Liu, Ho and arch-villain Lo Lieh (who else?!).

A personal favourite this one, and a terrific place to start if you’re unfamiliar with the work of legendary action maestro, Sammo Hung. A director with a keen visual eye and a performer whose size belies a seemingly impossible athleticism, in films as wide-ranging as Knockabout (1972) and Enter the Fat Dragon (1976), Eastern Condors (1987) and the barnstorming Pedicab Driver (1989), he’s as famous for his peerless blending of action and comedy as for his collaborations with Bruce Lee, Jackie Chan and Wong Kar Wai.

Best fight: Sammo Hung’s calligraphy session is worth the price of admission alone, but it’s the eccentric training sessions with both Hung and the great Lam Ching-ying in which The Prodigal Son truly shines. 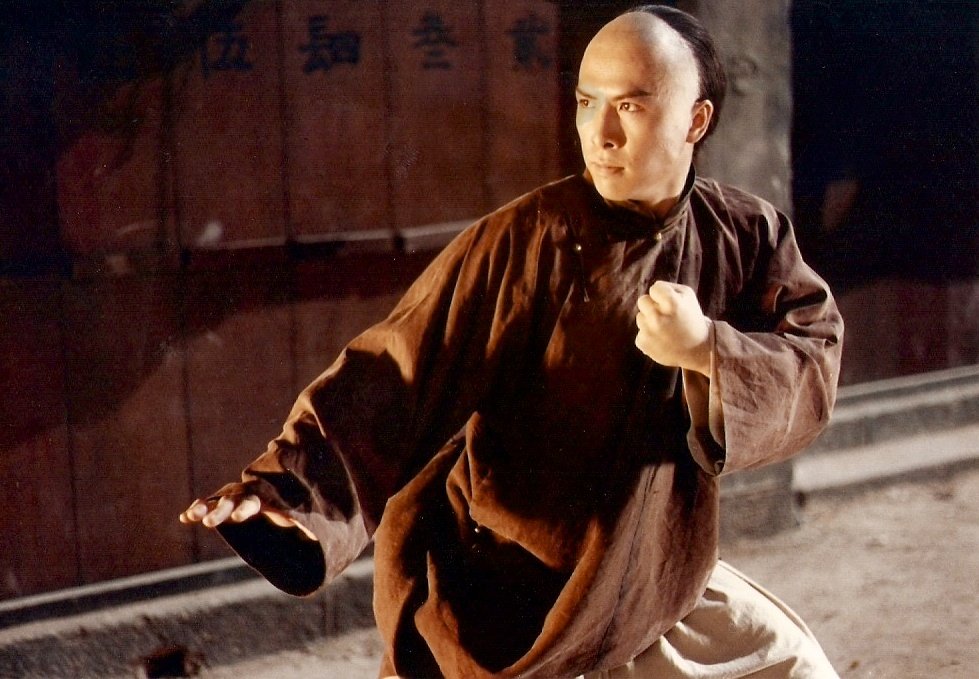 Famed for bringing wire-assisted, aerial acrobatics to mainstream attention with his work on the likes of Crouching Tiger, Hidden Dragon (2000) and The Matrix (1999), Yuen Woo-ping’s work as stunt choreographer and director dates back to kung fu cinema’s 70s heyday. Rereleased in the wake of Crouching Tiger’s success, Iron Monkey proves as welcome showcase for Yuen’s singular style as it does for the action chops of actors Donnie Yen and Yu Rongguang.

Set during the childhood of 19th-century Chinese folk hero Wong Fei-hung – a Robin Hood figure played on screen by everyone from Jackie Chan to Sammo Hung to Jet Li – it may lack the grace of Ang Lee’s film, but its rambunctious energy more than compensates, especially when feet and fists are (quite literally) flying.

Best fight: A magnificent final set piece that takes the form of a wire-fu balancing act, fought atop poles suspended over a raging inferno, makes it easy to see why Hollywood quickly came calling. 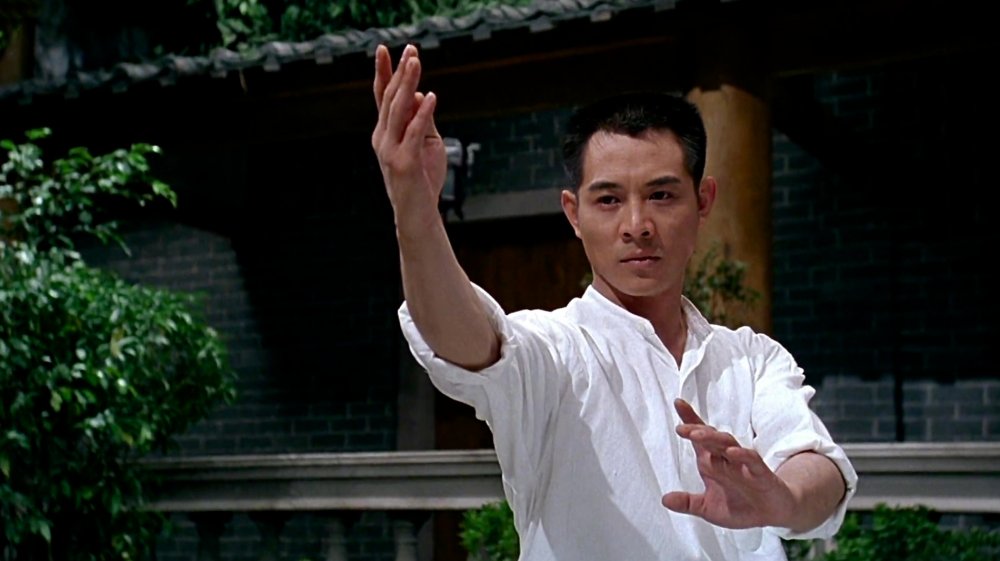 Superstar Jet Li’s bone-crunching take on the story of Chen Zhen is a significantly more ferocious affair than the earlier Fist of Fury. With fight choreography by Yuen Woo-ping, this update of the Bruce Lee classic may purport to offer a more refined take on the Japanese occupation of Shanghai, but it’s in the pacing and orchestration of the action sequences that Fist of Legend really comes into its own.

It’s unsurprising that after more than a decade of graft on the home front, this proved Jet Li’s international breakthrough. A charismatic performer capable of jaw-dropping speed and grace in combat, there aren’t many who could so brazenly take on one of Bruce Lee’s most iconic roles and so unreservedly deliver the goods.

Best fight: The early dojo dust-up tips its hat to Fist of Fury, but it’s in the cracking one-two punch of a blindfolded smackdown and the final boss battle that Fist of Legend really delivers its kicks. 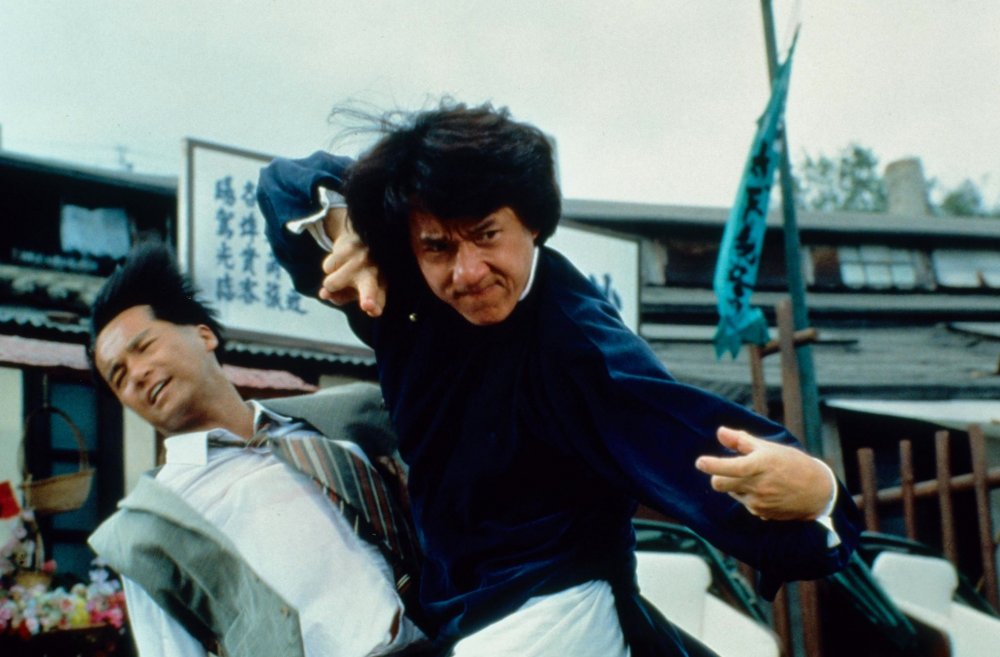 Speaking of speed… With over a hundred films to his name, it can be pretty hard to know where to start when dipping into Jackie Chan’s back catalogue, especially given the disappointing nature of much of his Stateside output. You could do worse than to pick up a copy of the sequel to his influential 1978 kung fu flick Drunken Master, given that it’s not just one of the great Jackie Chan vehicles, but also one of the great action films, period.

Chan and director Lau Kar-leung (who also co-stars) pull out all the stops for this one, most notably in a bamboo-splitting tea-house fight against a 200-strong axe gang that must rank as one of the greatest fight scenes ever committed to film.

Best fight: Did I say that the tea-house fight was one of the greatest ever committed to film? Well, it is, until it’s completely outdone by the film’s series of one-on-one climaxes that simply beggar belief. Jackie Chan’s final showdown against Ken Lo is one for the ages. Just magnificent. 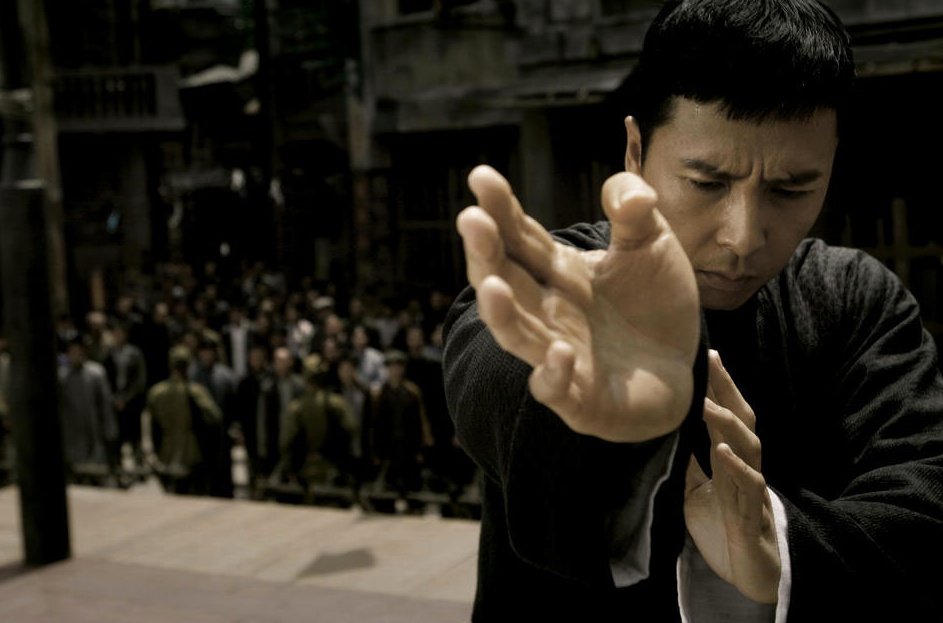 A modern kung fu super-production seemingly pre-ordained for breakout success, Ip Man tells the story of the man responsible for training Bruce Lee. It’s a slice of nationalist propaganda as concerned with taking (another) poke at the Japanese occupants of 1930s China as it is further enshrining its protagonist in legend. Donnie Yen is great as the peaceful family man forced into action when war breaks out, but it’s Sammo Hung’s choreography that proves the real star.

It’s probably not the best idea to come to Ip Man looking for a history lesson, but if there’s one man who can stage a knockabout, it’s Sammo Hung. Sure, they certainly don’t make ’em like they used to, but when this is in flight, the face-pummelling fight scenes more than make up for its self-regarding tendencies.

Best fight:  It’s Chinese Wing Chun vs Japanese Karate as Ip Man steps up in a bid to get his people fed. Three Japanese fighters have just annihilated one Chinese man, but retaliation is swift as Ip Man announces: “I want to fight 10 men!”