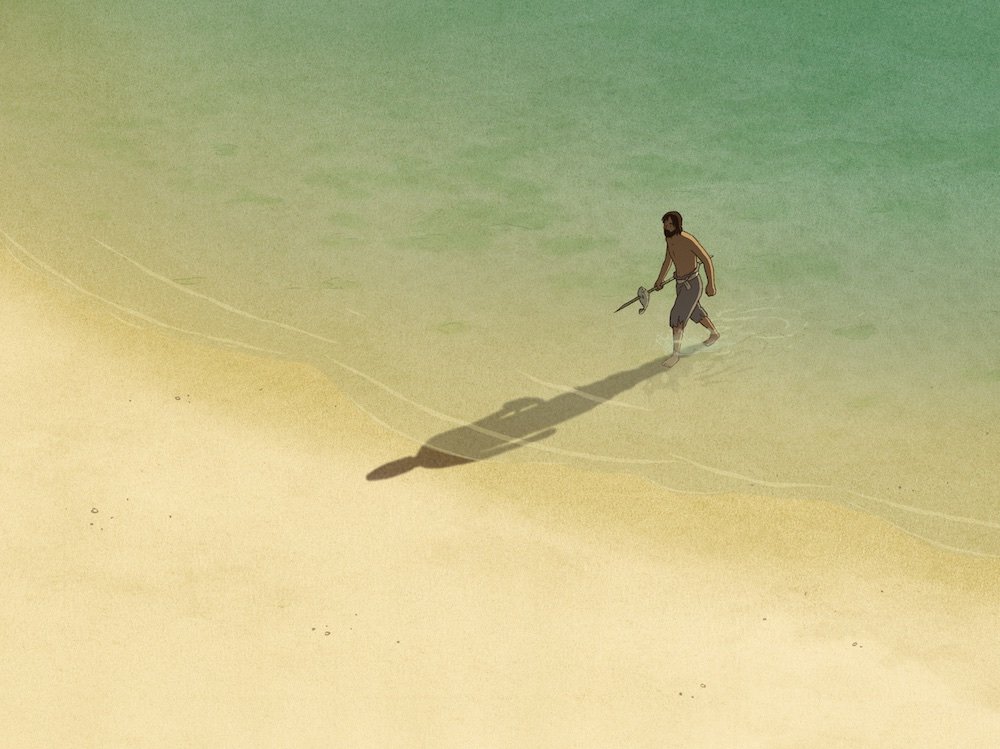 From The Tempest via Robinson Crusoe to Lord of the Flies, fiction has bequeathed a rich tradition of island storytelling, which the cinema has not been slow to take up. Daniel Defoe’s classic castaway narrative first appeared on film in 1902, courtesy of pioneer Georges Méliès, and has since reappeared in endless variations – some ditching islands altogether for alternative lonely outposts in the galaxy (Robinson Crusoe on Mars, 1964; The Martian, 2015).

The idea of being stranded away from civilisation has never lost its appeal. A recent Robinson variant came in animated form, via Dutch-British director Michael Dudok de Wit, whose previous work inspired the now legendary Japanese animation house Studio Ghibli to get in touch. Made with Ghibli’s customary delicacy and eye, The Red Turtle is the enchanting story of one such shipwrecked castaway, whose attempts to build a raft and escape his adopted paradise are repeatedly frustrated by a mysterious companion.

To celebrate The Red Turtle’s arrival on these shores, here are 10 key island movies it’s worth being marooned with – with a focus on small, sparsely populated isles, rather than island nations or cities. 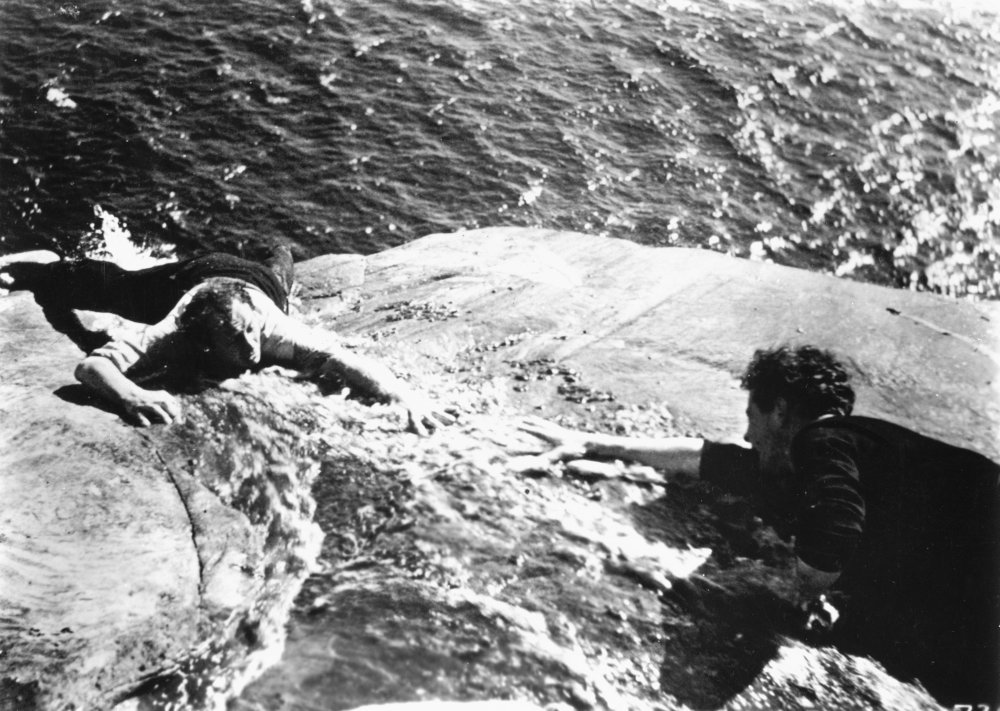 At the start of The Edge of the World, a sailboat circles an isolated, abandoned Scottish island. The skipper, Andrew (Niall MacGinnis), tells the bourgeois yachtsman (Michael Powell) that the island’s name, Hirta, means death. Once ashore, Andrew watches as ghostly images of the former residents walk past in double exposure, like the souls of the dead. Nearby, a gravestone epitaph reads “gone over” – and, when the film then flashes back to tell the story of how Hirta came to be deserted, Andrew uses these very same words to describe his friend Robbie’s (Eric Berry) desire to leave (“you’ve gone over to the other side”).

To leave, then, is equated with death, as the film’s symbolic, tragic ending makes clear. The death in question is that of a way of life – specifically, the one lost with the evacuation of the Hebrides. The melancholy tone established by the opening scenes renders The Edge of the World as a lament for the loss of the old world, and a recognition of the impossibility of sustaining it. 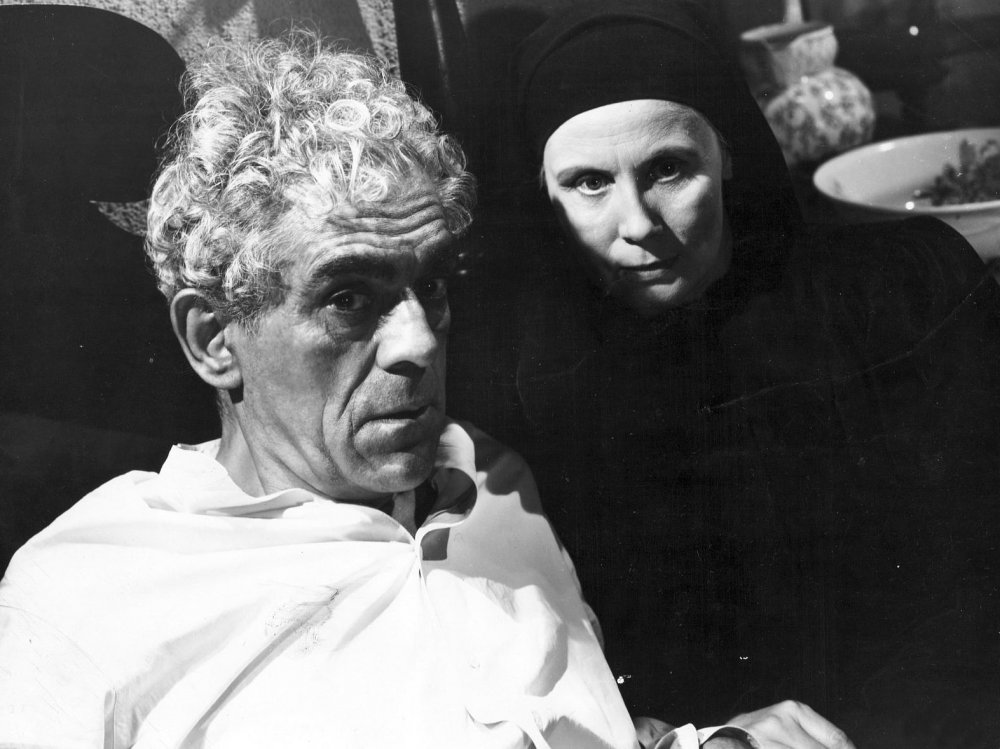 Inspired by Arnold Böcklin’s painting of the same name, Isle of the Dead sees General Pherides (Boris Karloff) leave the body-strewn battlefields of the 1912 Balkan war to visit his wife’s grave on a nearby island. But when a septicemic plague breaks out, Pherides is placed under quarantine alongside the small handful of island inhabitants. As the body count rises, superstitions rise to the surface – the noose begins to tighten, and the island becomes their coffin.

Producer Val Lewton was displeased with Isle of the Dead, feeling that the studio executives at RKO had sullied his vision and reduced his poetic rumination on how we must accept that death is “good” to a “hodgepodge of horror”. But the film is far more effective than he gave it credit for – Martin Scorsese even included it on his list of the most frightening films of all time – and the end result retains much of the sombre, ambiguous poetry that Lewton had originally desired.

Following on from his famed ‘war trilogy’, Stromboli continues Rossellini’s exploration of the aftershocks of the Second World War: in an internment camp for displaced people, Lithuanian refugee Karin (Ingrid Bergman) marries an Italian man she hardly knows in order to gain her freedom. They travel to his home on Stromboli, a small volcanic island in the Tyrrhenian Sea. The village is sparsely populated, and the local priest tells them that people are desperate to leave – for life is hard there and, thanks to the volcanic rock, the earth is even harder. Karin immediately realises that she has swapped one prison for another.

Rossellini saw Karin as the embodiment of the postwar ego, but, in depicting her unhappy marriage, he also explores wider questions of loneliness, femininity and emancipation. He brought his trademark neorealism to the depiction of life on the island, yet, as the film progresses, the volcano comes to symbolise a larger force. A cosmological spirituality creeps in, leading to a masterful, revelatory conclusion. 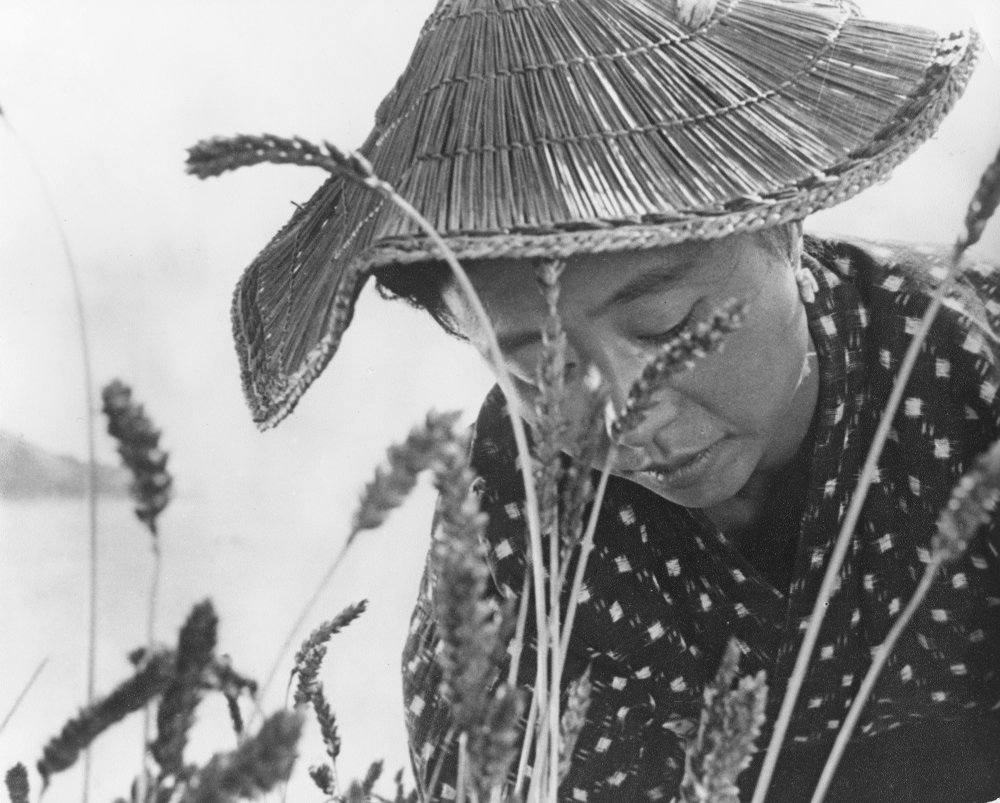 The Naked Island details the daily lives of a small family who live as the sole occupants on a tiny island in Japan’s Setonaikai archipelago. Repeatedly, they must row to a neighbouring island to secure fresh water for their crops, before returning home to carry the full, heavy buckets up to the peak of the hill that encompasses their island. In capturing their ritualised work, director Kaneto Shindo makes us feel the sheer effort involved in their physical labour – but he also conveys the scenic beauty of the wide, open vistas that surround them (witness how the mother (Nobuko Otowa) smiles as she bathes).

Utilising the surroundings to their fullest, the film’s flawless visuals combine with a note-perfect score and a suitably sparse soundtrack of wind and waves to create a spellbinding work of immense power. Indeed, the film’s almost complete eschewal of conventional narrative, characterisation and spoken dialogue render it a perfect example of pure cinema. 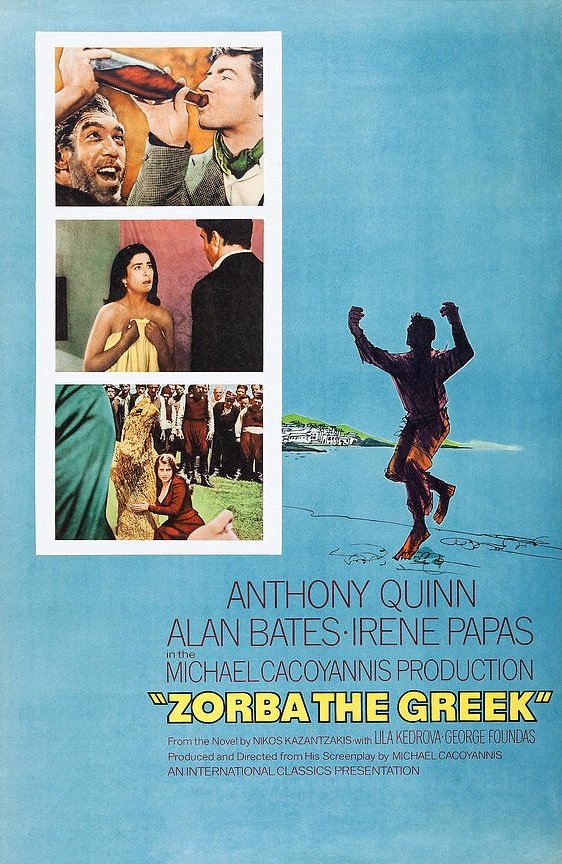 The winner of three Academy Awards, Zorba the Greek centres on the friendship that forms between the bookish writer Basil (Alan Bates) and the boisterous, life-loving, eponymous rogue (Anthony Quinn) after they meet in a storm. Basil is trying to get to Crete to re-open an idle mine that he has inherited from his father, but his boat is delayed, giving Zorba just enough time to sweet-talk Basil into giving him a job. Arriving on Crete, they quickly entangle themselves in the lives of the village’s two widows, while slowly beginning their work on the mine.

In their opposing characteristics, Basil and Zorba can be understood as representing the Apollonian/Dionysian dichotomy of ‘spirit’ and ‘flesh’ that is so central to the work of Nikos Kazantzakis, author of the film’s source novel. While the film loses many of the book’s deeper ruminations, it’s also true that the result remains a beautiful reminder of the joys of life. 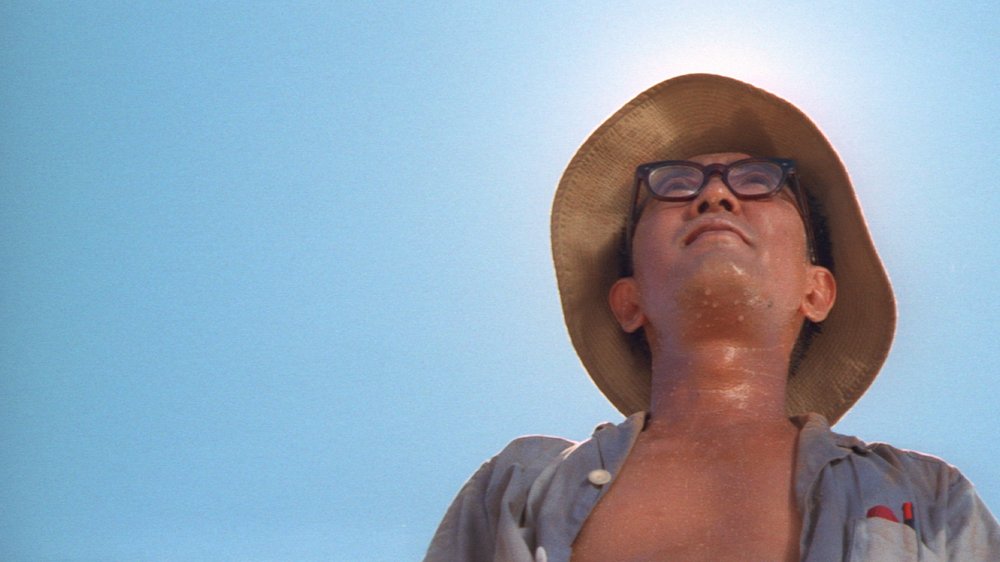 Difficult to see in the west until it emerged on Blu-ray a few years ago, this mythic three-hour epic seems forged in piercing Pacific blue light. Set on a (fictional) subtropical island in the Okinawa archipelago, far south of Japan, it’s the culmination of Shohei Imamura’s 1960s explorations of people on the fringes of Japanese society, this time turning an ethnographic, almost entomological gaze upon the customs and community of this far-flung outpost.

In many ways, Profound Desires of the Gods foreshadows The Wicker Man (1973) in introducing a figure from the mainland (here an engineer visiting to oversee the construction of a well), who is disturbed by the bizarre rites and behaviour of the unfettered islanders. His fate is bound together with the incestuous Futori family, who have been ostracised from the local community, as the film sets out an allegory about the rapid modernisation of Japan – and what that left behind. Taking 18 months in production (when the director is said to have been seduced by island life himself), Imamura returned with a brutal, beautiful, confrontational film, full of extraordinary imagery and steeped in humidity. 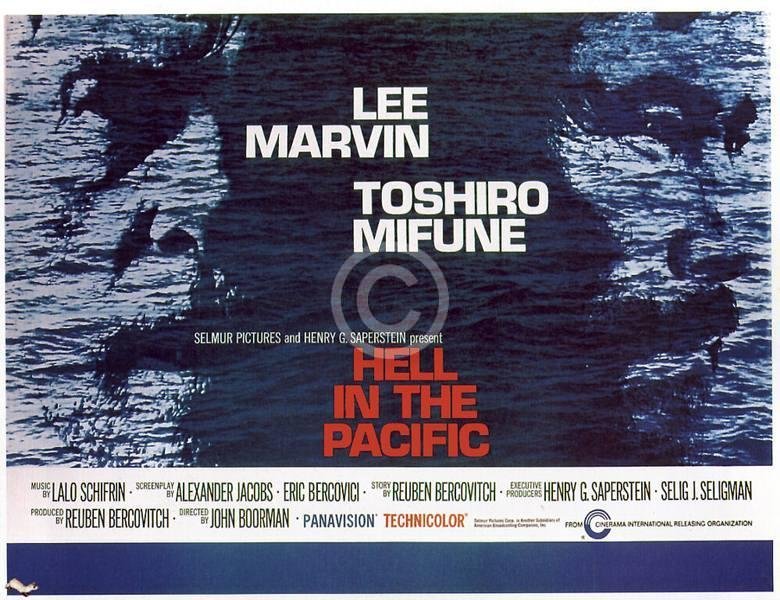 Desert island films can be intriguing sources of cinematic minimalism, often crafting their stories with little dialogue or a diminished number of players. John Boorman’s 1968 film Hell in the Pacific features just two actors, Lee Marvin and Toshiro Mifune, playing two soldiers on opposite sides of the Pacific war who become stranded together on a South Seas island. Despite the war still raging beyond their horizons, and their in-built hostility to each other, the pair are forced to work together in order to plan their escape.

If there were footprints already in this sand, it’s because Frank Sinatra’s None but the Brave (1965) had already gone over similar territory, but – fresh from the splintered noir of Point Blank (1967) – Boorman brings his own visionary muse to this pared-down battle of the wills. Filmed in the islands of Palau, Hell in the Pacific was saddled with a compromised ending after the distributor rejected Boorman’s more ironic option, but it remains an intriguing allegory about the necessity of human contact and collaboration. 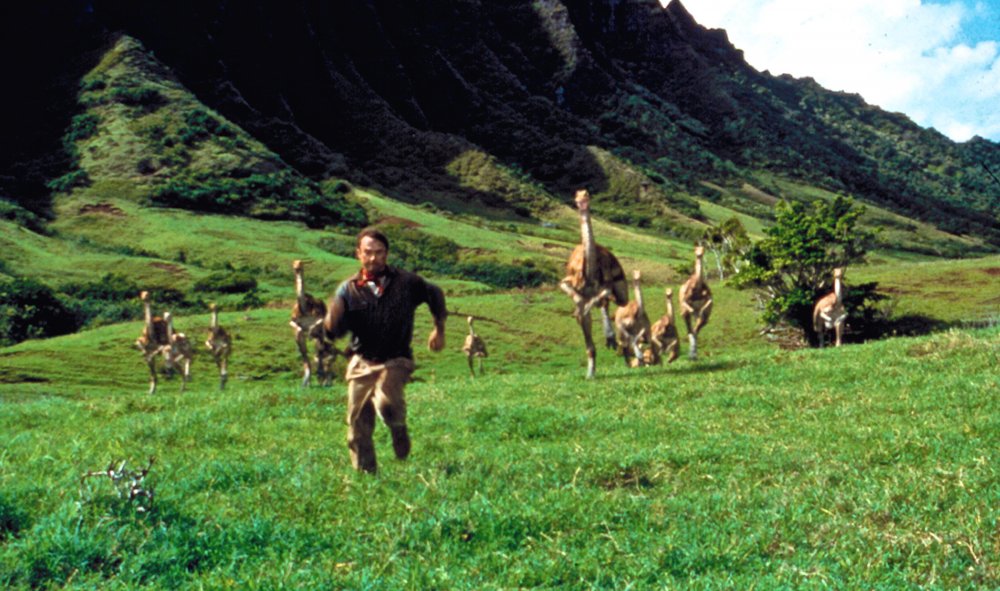 Unwitting explorers and castaways have often stumbled upon dinosaurs enduring on remote islands, in everything from King Kong (1933) to Mysterious Island (1961) to The Land That Time Forgot (1974). Steven Spielberg – via the Michael Crichton novel – updated the formula with a hi-tech, semi-scientific sheen, imagining that dinosaurs could be genetically engineered from fossilised DNA and contained (or not…) within the perimeter of an island theme park.

The hubristic vision of industrialist John Hammond (Richard Attenborough) ends in rampage and carnage – the result of dastardly human interference and nature simply refusing to be controlled. No stranger to island-based terror (Jaws’s man-vs-beast fable is set on Martha’s Vineyard), Spielberg filmed Jurassic Park on the Hawaiian island of Kauai, which stands in for the fictional Costa Rican satellite of Isla Nublar. Though the fantasy all ends in tears, the director orchestrates moments of real wonder as we see flocking prehistoric herds or colossal brachiosauruses grazing in this Pacific paradise. 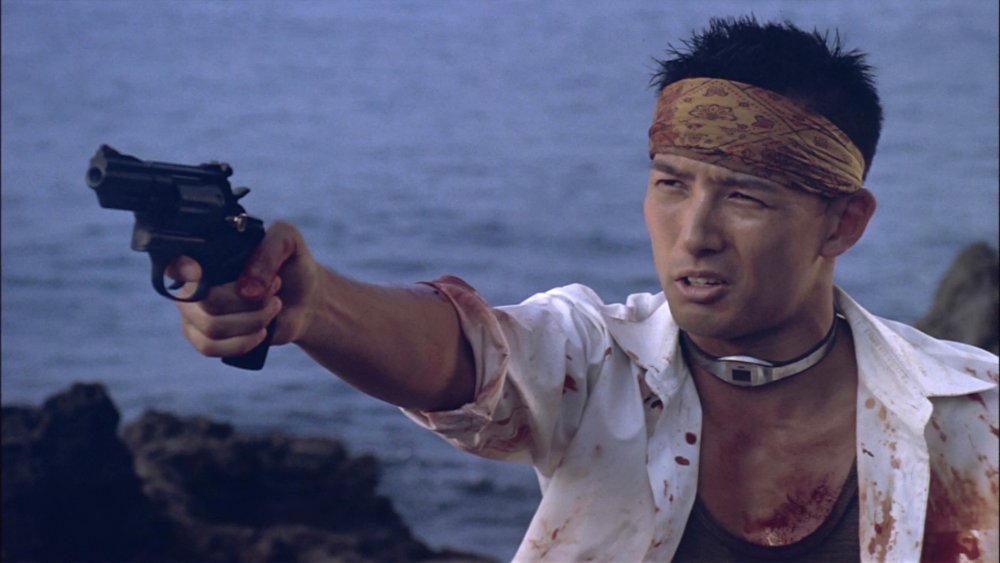 This final film by veteran Japanese director Kinji Fukasaku provides a stepping stone between the likes of The Most Dangerous Game (1932) and Agatha Christie’s And Then There Were None – in which guests are invited to an island in order for them to be slowly bumped off – and the gladiatorial survivalism of that whole subgenre of reality TV in which island castaways duke it out in mettle-testing contests. There’s a blueprint, too, for The Hunger Games (2012) in this story of a dystopian future in which a class of 42 schoolchildren is hijacked by a disciplinarian government and taken to a remote island, where they are forced to turn on each other and fight to the death until a lone winner remains.

Notably cited by Quentin Tarantino as the film he most wishes he’d made himself, Battle Royale is a gleefully misanthropic update of the Lord of the Flies setup, which keeps on-screen score of the dwindling number of students as the mayhem plays out. 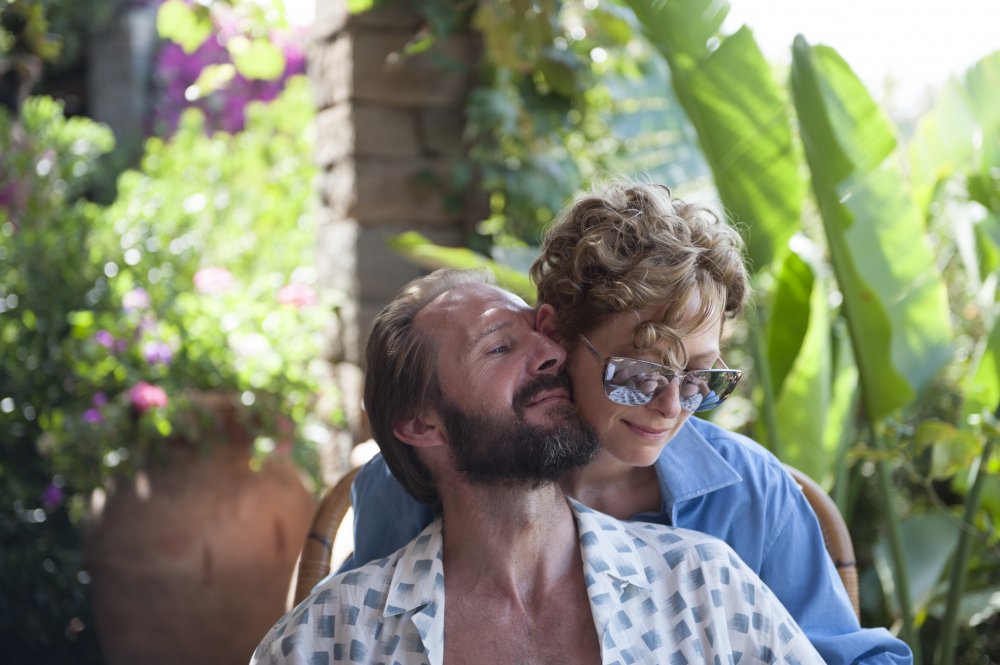 The small Italian island of Pantelleria lies in the southern Mediterranean, midway between Sicily and the Tunisian coast. It provides the suitably volcanic setting for Luca Guadagnino’s sultry, sexy drama A Bigger Splash, starring Tilda Swinton as a glamorous rock star holidaying there with her lover (Matthias Schoenaerts), whose idyll is interrupted by the unexpected arrival of a music producer (Ralph Fiennes) and his adult daughter (Dakota Johnson).

Jacques Deray’s 1969 psychological thriller La Piscine provided the basis for the heated tangle of emotions that ensues, but Guadagnino’s version escapes that film’s languid shadow with some fascinating textures all its own – not least in Fiennes’s memorably animated turn as the charismatic Harry. As in the director’s previous Swinton collaboration, I Am Love (2009), Guadagnino is fascinated by the gleaming lifestyles and preoccupations of the rich, though here contrasts their indolence and hedonism with the lives of both the local islanders and the African immigrants who seek sanctuary there.