With BFI Flare upon us and The Old Dark House due back in cinemas, we take a look back at some of the best queer horror cinema. 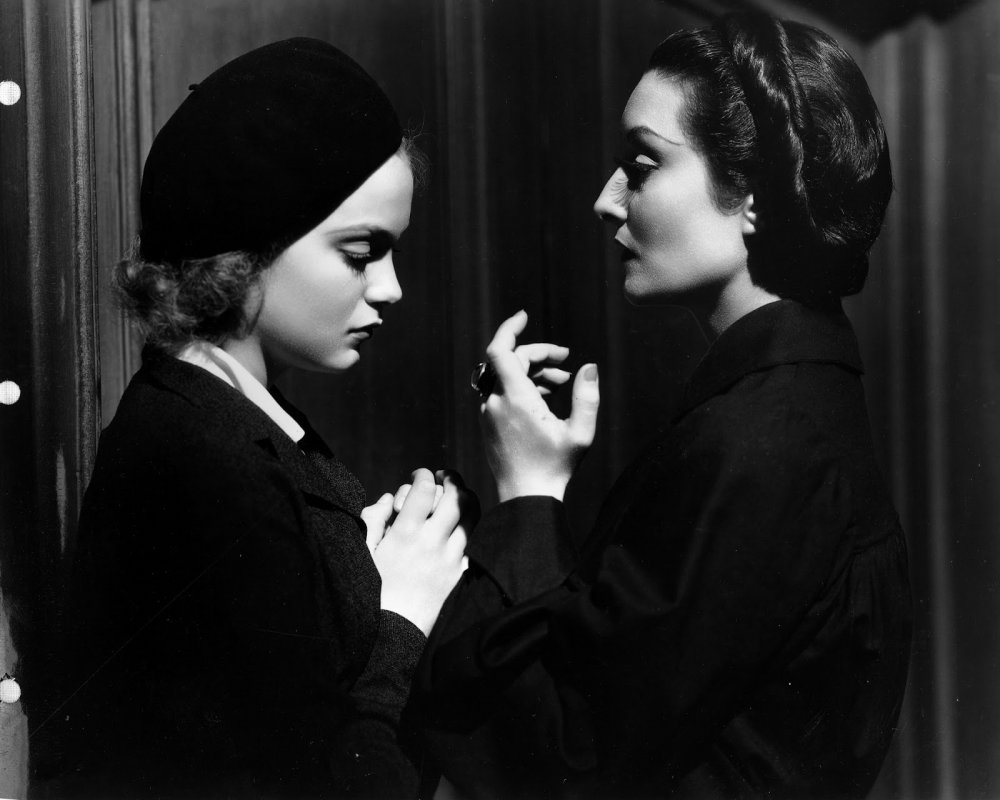 Dark passions and dangerous desire are central themes in gothic stories – small wonder LGBTQ+ audiences, often taught from childhood that their sexuality is an aberration, flock to gothic cinema for representation (even the Twilight movies have a devoted gay tween following). Early horror cinema, made when homosexuality was regarded at best as unspeakable, at worst as an abomination, embraced these sexual deviants as another means to unnerve their audiences. But these portrayals were not always unsympathetic.

Since then, gay gothic films have flourished, and continue to break barriers. ParaNorman (2012), the first children’s film with an openly gay character, is steeped in gothic horror conventions, albeit with a PG certificate. The marriage of queerness and gothic as spilled over into mainstream television – think Willow, the nervy lesbian witch in Buffy the Vampire Slayer (1997-2003), or several of the male vampires in True Blood (2008-).

Mischief and a sly sense of humour permeate a lot of gay horror films, verging from sneaky subversion to bawdy parody. The titillating blend of horror and homosexuality has lead to a countless number of lesbian vampire movies, made mostly for a straight male audience. It’s even made its way into porn – see 1983’s Gayracula (actually don’t, it’s less fun than it sounds). But it’s not all fun and games, as monstrous transformation or terror from society can serve as a metaphor for the isolation many LGBTQ+ viewers have felt. Many of these films were made when reference to homosexuality on screen was forbidden, yet shrewd directors and screenwriters were able to dodge the censors through suggestion and metaphor. 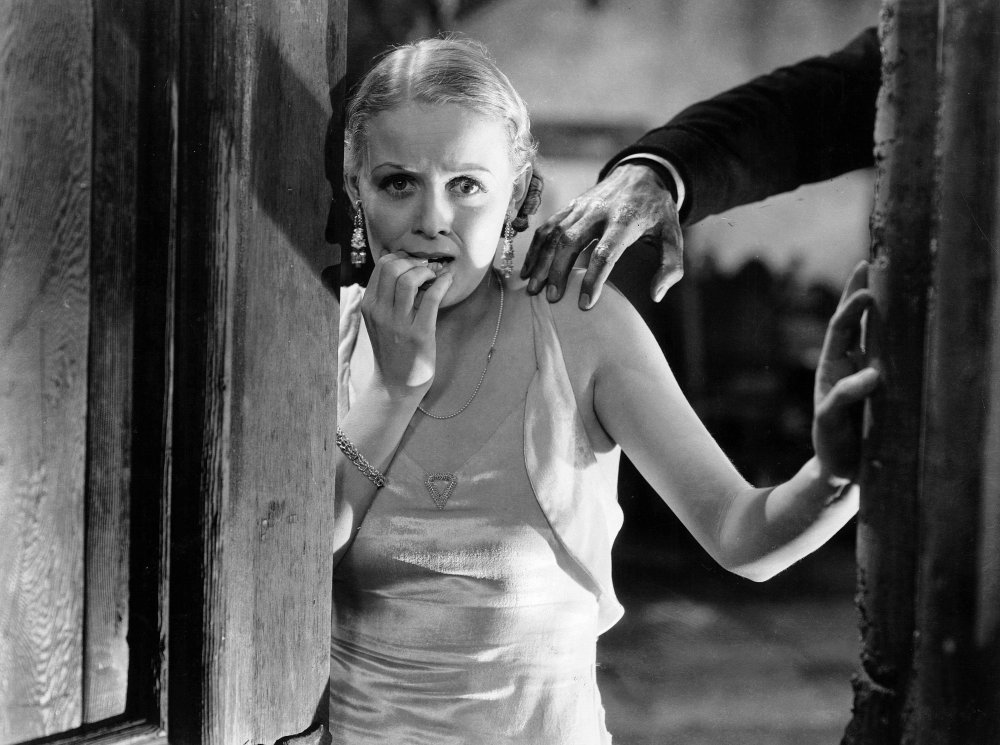 Less than five years into the talkies, and the gays are already hijacking the horror film. James Whale, perhaps best known for his Frankenstein films, plays with the still-fresh conventions of the haunted house subgenre. A couple of newlyweds seek shelter from a storm at the old, dark house of the title, and are confronted with an eccentric man on the run from the police (Ernest Thesiger) and his religious fanatic sister (Eva Moore). Boris Karloff plays the monstrous mute butler, while something wicked lurks in a locked room above.

The results are wonderful, both funny and, at times, genuinely sinister. In a poignant moment at the end of the film, a homosexual relationship is suggested between two unlikely characters, while a key role of an ancient man is played by one Elspeth Dudgeon, an early cinematic example of a woman donning male drag. It wouldn’t be the last time openly gay director James Whale queered the horror film… 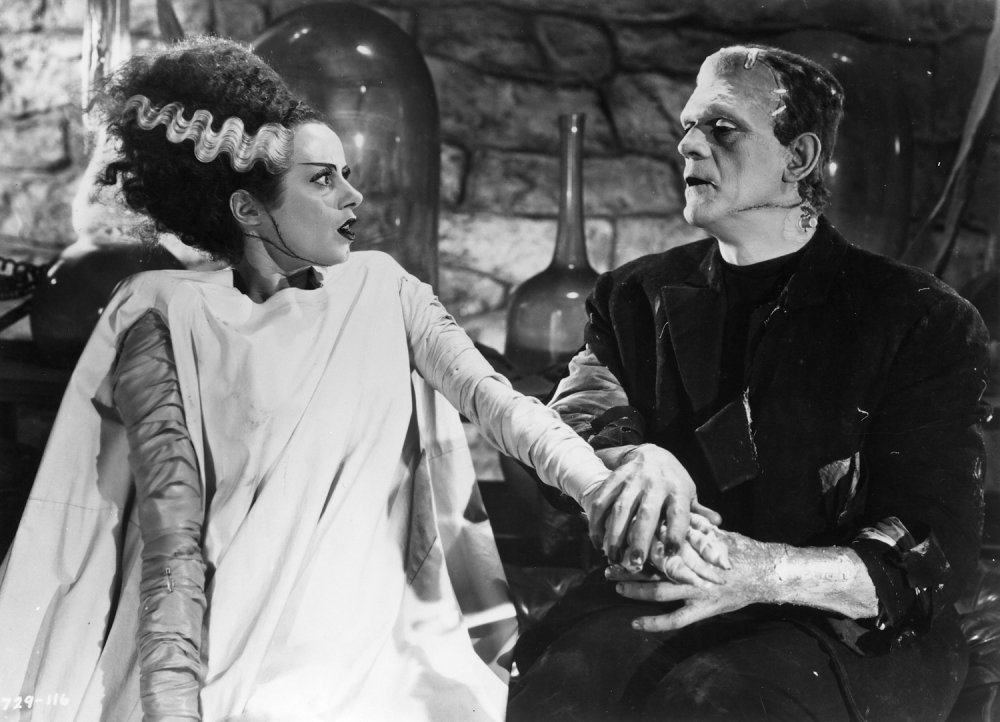 It’s that Whale again. After playing Mary Shelley’s tale straight in 1931, his sequel had other ambitions. Boris Karloff’s creature again finds himself shunned by society for his despised condition, finding solace only in his relationship with a blind man. Meanwhile, his creator is also enduring a night steeped in gay metaphor. Coaxed away from his wedding night bed by the flamboyant Doctor Pretorius (Ernest Thesiger), Frankenstein is encouraged to create “a new world of gods and monsters” through the creation of a mate for the monster.

Some critics sneer at the queer reading as being a modern folly, but the film’s sensibility is undeniable, while Whale and Thesiger (and, it has been rumoured, Clive) were gay. A 1936 novelisation of the film made Pretorius’s leanings clearer still. Elsa Lancaster’s astonishing appearance as the Bride didn’t spawn a thousand drag imitators, but it should have. 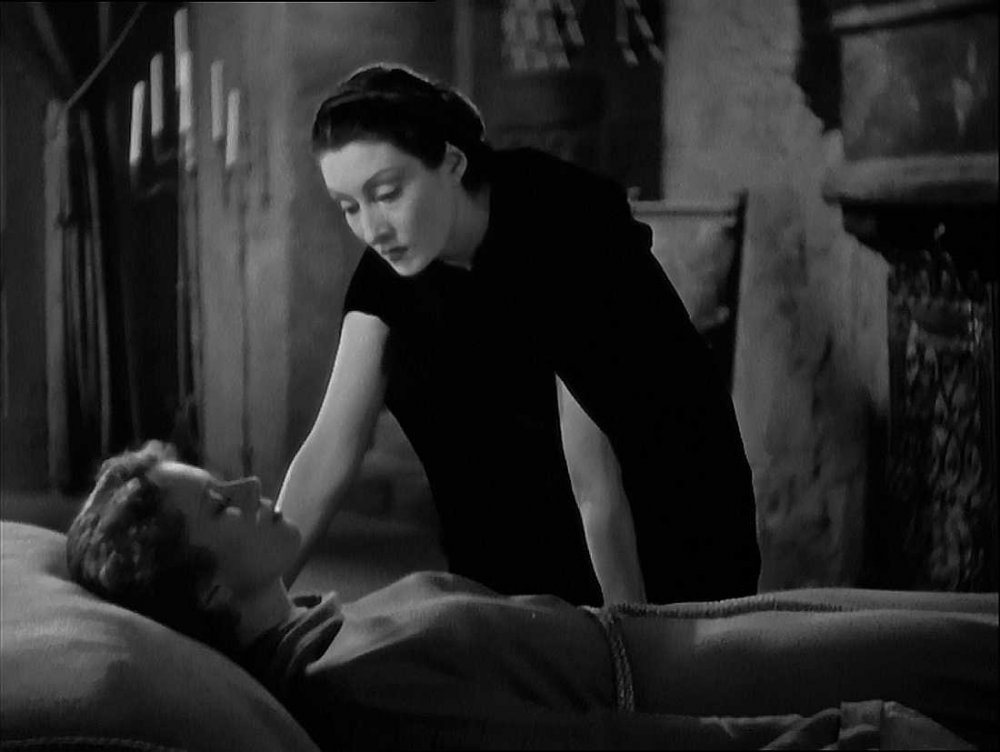 Whereas Bela Lugosi’s Dracula was an evil fiend, his daughter is given a more sympathetic portrayal in this sequel, with Gloria Holden’s elegant countess seeking to rid herself of her murderous addiction. Sadly, her attempts fail, and the corpses start to pile up.

The metaphor of trying to hide your true self in order to fit in with society’s standards may chime with gay audiences. The countess even seeks psychiatric help. But it’s the attack on a pretty model which film theorists analyse the most, as, entranced by her semi-naked muse, Dracula’s daughter slowly moves in for the kill. Holden’s otherworldly performance is far more subtle than anything Lugosi produced, and all the more chilling for it. 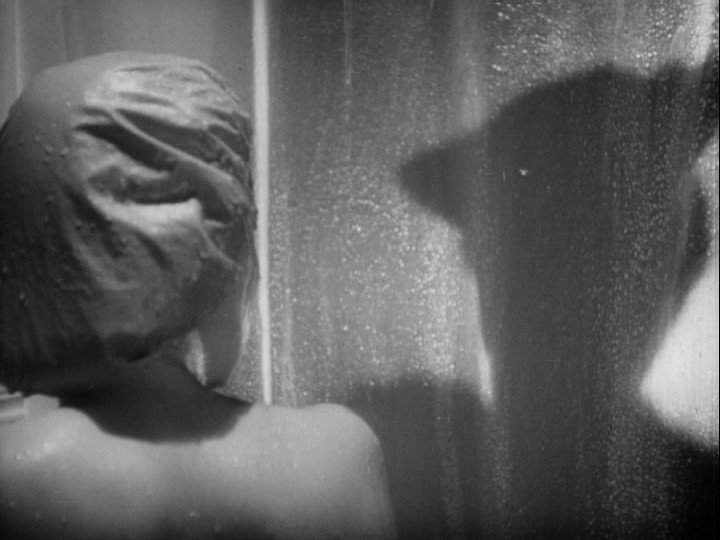 Horror fans owe a debt to the work of Val Lewton, the producer whose work reinvented the way films could induce terror by suggesting horror rather than showing it full-on. Highlights of his career include Cat People (1942) and I Walked with a Zombie (1943), both of which let the audience’s imagination conjure up unseen horrors to frightening effect.

His take on a satanic cult in contemporary New York predicts many masterpieces of the genre – no movie fan can see the picture above without recalling the most famous shower scene in cinema history. It follows the hunt of a young woman (Kim Hunter) for her sister, Jacqueline (the striking Jean Brooks), but what she unearths is a harrowing story of a woman menaced by devil-worshippers. Some critics have read lesbian undertones into the relationship between Jacqueline and Frances, the only other character who shows her any pity. Either way, the last scene is one of the most emotionally numbing endings in cinema. 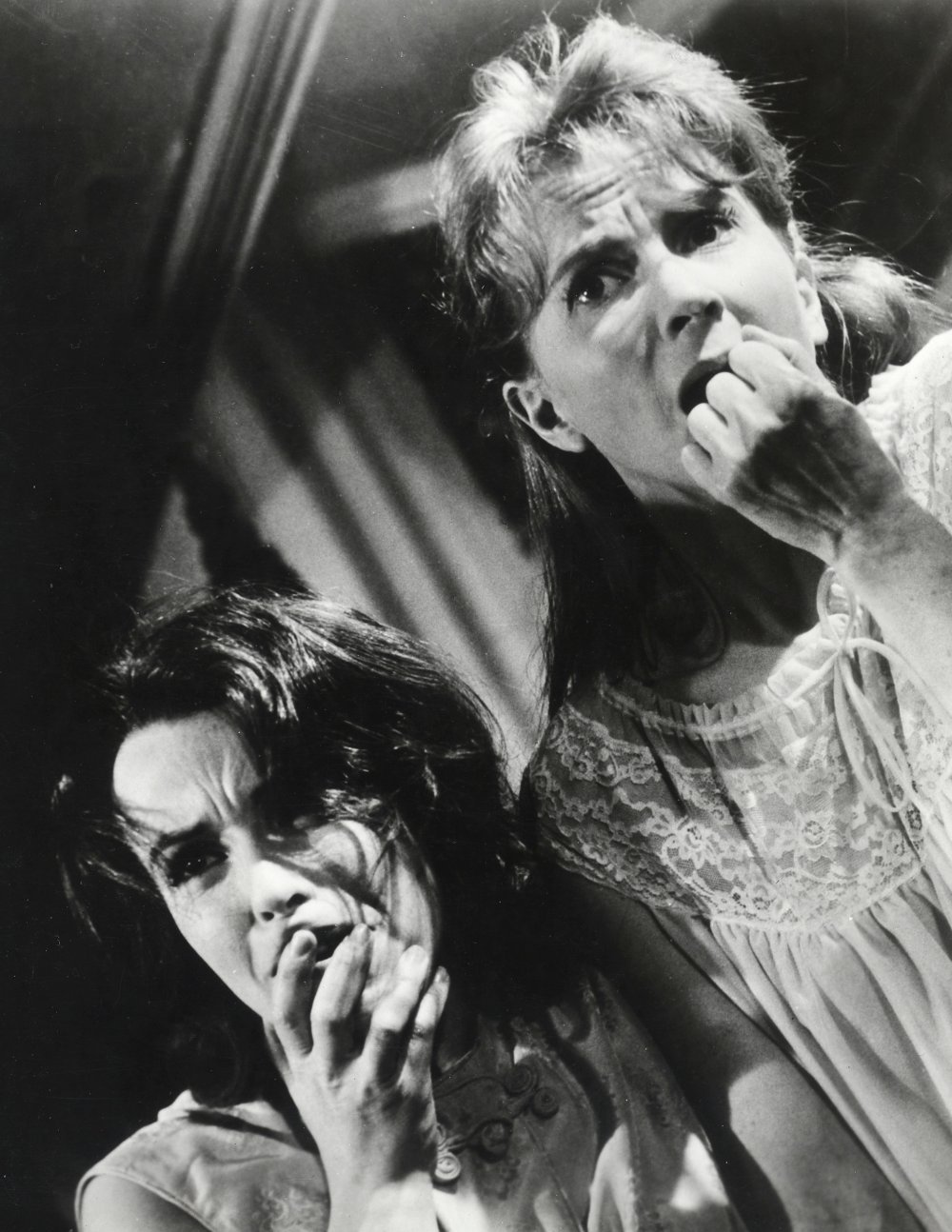 Like The Innocents (1961), Robert Wise’s The Haunting shows that creeping dread and keeping the horrors hidden from the audience’s view is a very effective way of scaring the viewer – and preventing your film from dating badly through outmoded special effects. A paranormal investigator persuades two women to help him explore the haunting of a sinister house – Eleanor (Julie Harris), a timid spinster plagued by guilt, and Theo (Claire Bloom), a hip young woman with psychic ability.

Unusually for its period, Theo’s lesbianism, and attraction to Eleanor, is sensitively depicted, unlike the deranged, predatory portrayals that haunt Rebecca (1940) and The Killing of Sister George (1968). Even more unusually, Theo’s sexuality is almost incidental to the film – it’s the unforgettable, terrifying set pieces that linger longest. 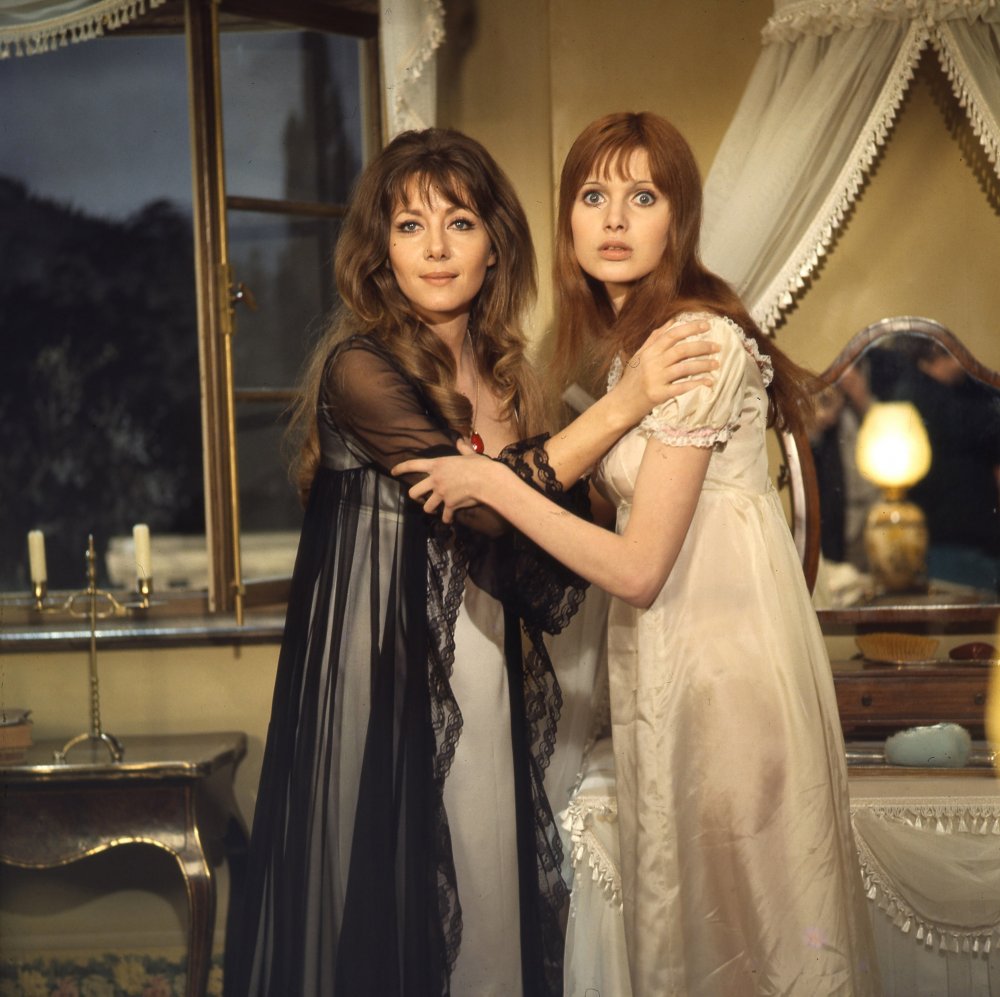 Many gothic films wouldn’t exist without the inspiration of the stories of Irish author Sheridan Le Fanu, whose works included Uncle Silas and Schalcken the Painter, both adapted for the big screen and small screen respectively. But it was his novel Carmilla, a tale of lesbian vampirism that pre-dates Dracula, that has inspired the most adaptations. It influenced Carl Dreyer’s Vampyr (1932), which cut all the sapphism, and nuditymonger Roger Vadim’s Blood and Roses (1960), which most certainly did not.

But it was Hammer Studios that really seized on the deadly tale, casting Ingrid Pitt as the lusty vamp feasting upon bosomy prey. The Vampire Lovers is a faithful adaptation, with strong performances and some genuinely startling scenes. It was the first of three Hammer films featuring lesbian vampires, known as the Karnstein Trilogy – Lust for a Vampire (1970) is so-so, but Twins of Evil (1971) is among the studio’s best. 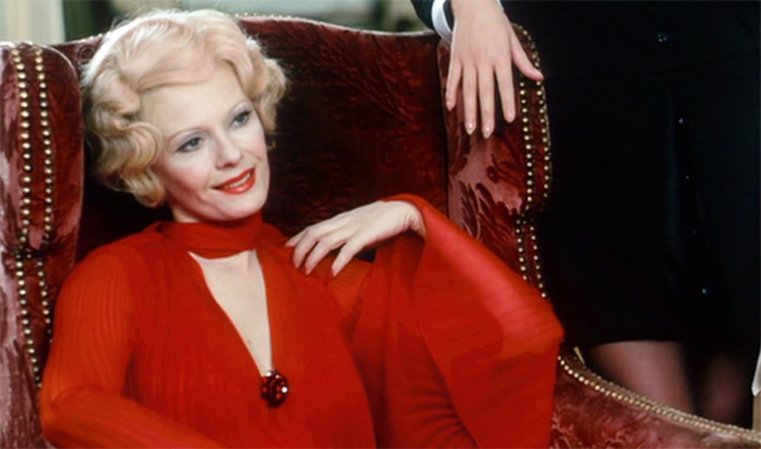 Another European slice of lesbian vampirism, this time influenced by a real-life monster – Elizabeth Báthory, the Hungarian countess who allegedly slaughtered hundreds of young women and bathed in their blood to retain her youth. Belgian director Harry Kümel sets his dark tale in Ostend, transforming an off-peak holiday destination into a landscape of perpetual menace. In this modern setting, a mysterious countess, with female sexual companion in tow, becomes obsessed by a couple of newlyweds, with gruesome results.

Grande dame Delphine Seyrig gives a performance of great wit as the bloodthirsty aristo, pitching the role perfectly between sinister and comical. It’s an elegant and constantly surprising flirtation of a film, featuring lashings of nudity and sadism, not to mention death by salad bowl. 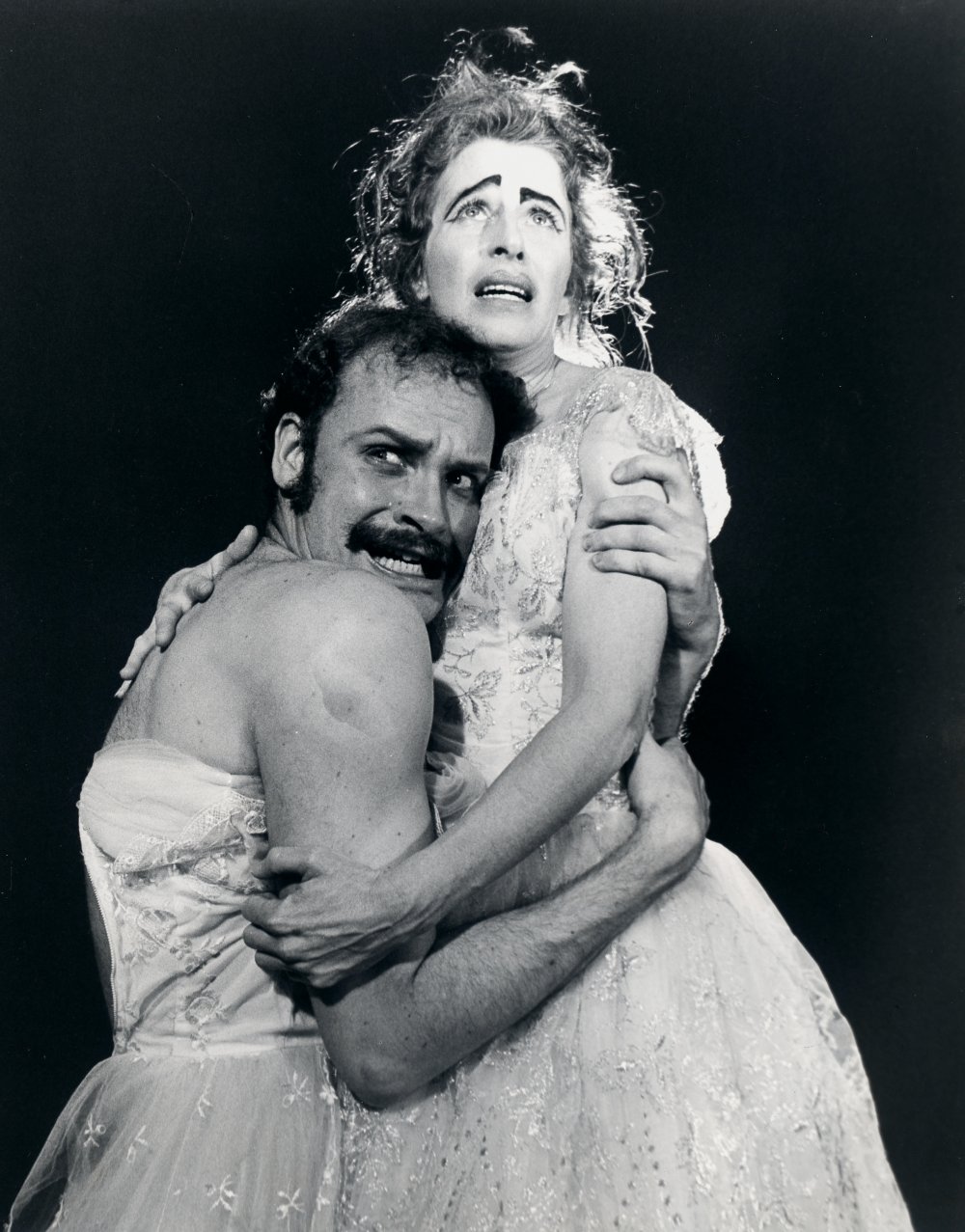 Thundercrack! is a pastiche rather than an out-and-out horror, although those who have seen Marion Eaton puking over her wig before fishing it out of the latrine may beg to differ. This wildly off-kilter gothic extravaganza could only have come from the pen of legendary underground filmmaker George Kuchar, who weaves a wicked tale of strangers who seek shelter in an old, dark house belonging to Eaton’s deranged spinster.

Kuchar blends comedy with pornography (both gay and straight – but mostly gay) and pitch-perfect parody of creaky horror conventions, from dramatic organ piano chords to ludicrously convoluted revelations. Released in the same year as the not dissimilar The Rocky Horror Picture Show, it never quite achieved the cult status Richard O’Brien’s film would later enjoy, although it became a popular staple of London’s legendary Scala cinema.

A warning to the curious – those who love Thundercrack! really, really love it. Those who don’t will never eat cucumbers again. 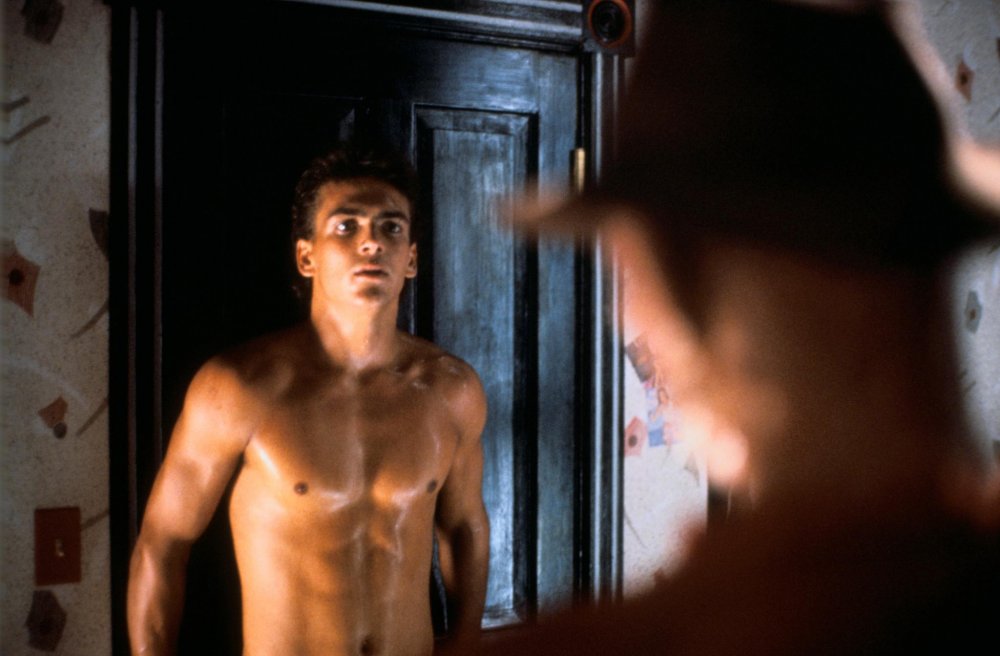 OK, this is meant to be 10 great gay horror films, and this one isn’t exactly great. But it’s the gayest horror blockbuster ever, from its campy tagline (“The Man of Your Dreams is Back”) – to, well, everything. Jesse (played by out actor Mark Patton) is not having an easy time of it. When not wrestling semi-naked with his best frenemy Grady, he’s dodging the fearsome razor fingers of Freddy Krueger. Unusually for a slasher, all the victims are male – the closeted gym teacher is killed naked in a shower after being brutally spanked with a towel (seriously), while poor Grady is sliced up in his boxers after Jesse has failed to consummate his relationship with his girlfriend, for reasons unspecified.

Whether prancing about solo to Fonda Rae’s ‘Touch Me All Night Long’ or screaming at the horror of it all (he does that a lot), Jesse is the Hollywood sissy personified. Which, ironically, makes for a unique hero in the annals of horror – it’s not a good film, but it’s utterly unique and risk-taking. 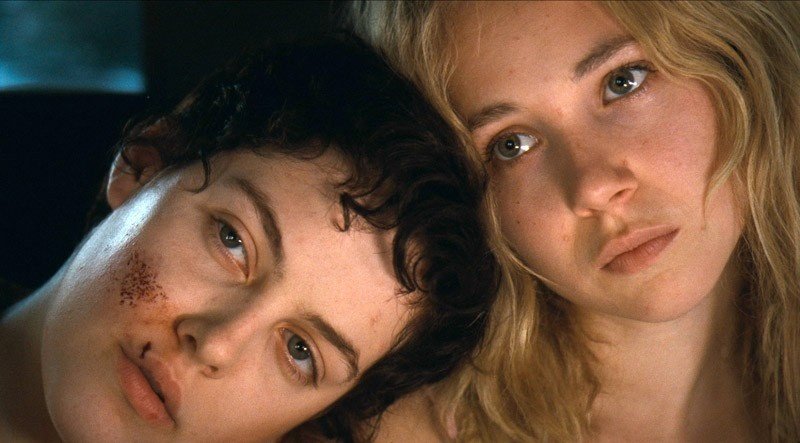 Most critics didn’t like this film, but it’s an utterly original movie with likeable performances, creepy animation from the Brothers Quay and a genuinely scary scene in which Jack tries to find Diane in a dark locker room, using a Polaroid camera as a torch. The film features a cameo from Kylie Minogue, surprisingly convincing as a tattooed lesbian with lust on her mind.