10 great films set in the winter

As the nights draw in and the temperatures plummet, wrap up warm for 10 essential movies set in the depths of winter. 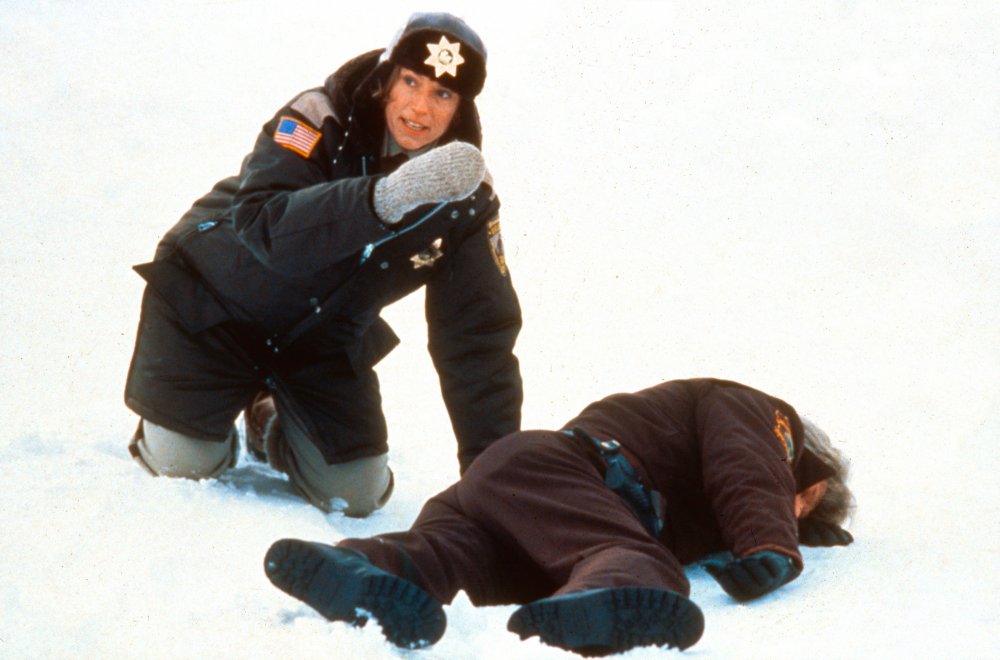 One of the earliest fiction films available to view on the BFI Player is a 90-second film from 1901 called Snowballs. A rare excursion into staged cinema by pioneering British documentarists Sagar Mitchell and James Kenyon, it’s a modest but enchanting miniature in which mischievous lads bombard a hapless policeman with snow.

It seems there’s no business like snow business, as this early short predicts film’s love affair with the winter. When huddled in the warmth of a cinema, there’s something vicarious and sublime about watching a thriller (Odd Man Out, 1947), an action film (Die Hard, 1988) or a horror movie (Let the Right One In, 2008) set when the thermometer is plunging.

We might think of season-traversing musicals like Meet Me in St. Louis (1944) or Seven Brides for Seven Brothers (1954) with enchanting sequences in the snow, or heartwarming Christmas perennials like The Shop around the Corner (1940) or It’s a Wonderful Life (1947). At other times, we feel only the chill, when the wintertime is used as a backdrop for human dramas where emotions are laid as bare as the stark landscapes (The Sweet Hereafter, 1997; Tuesday, after Christmas, 2010).

We’ve already explored 10 great summertime films and 10 great films set during the autumn. Now, with the trees bare, the nights long and the temperatures frigid, huddle close for 10 classic movies set during the winter. 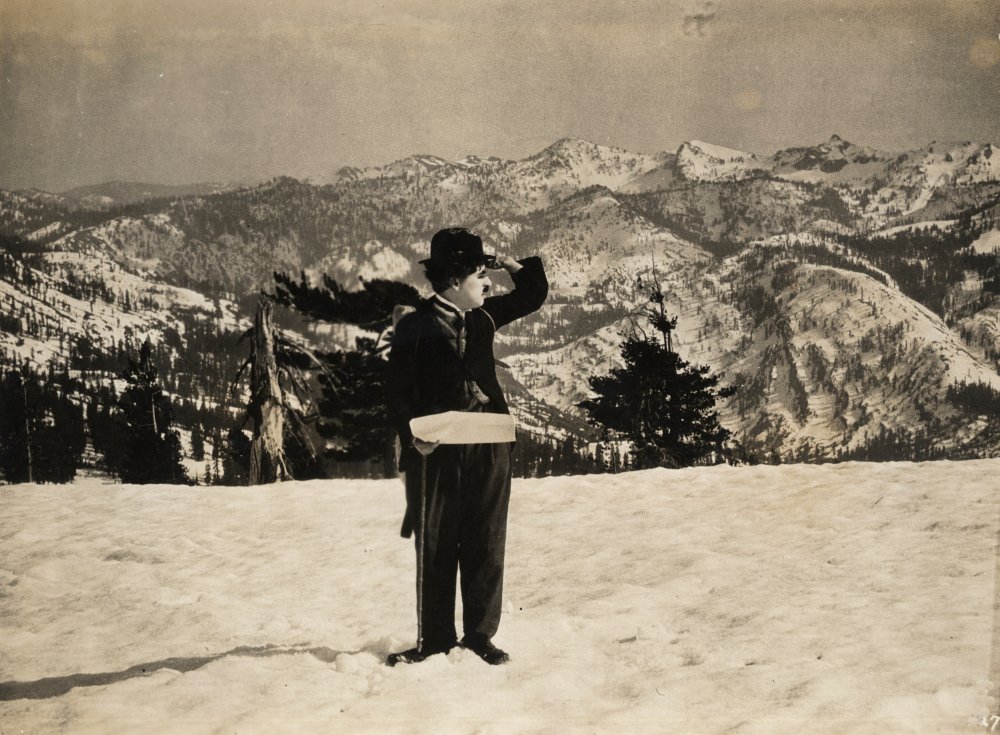 In this 1925 comedy masterpiece, Charlie Chaplin’s Little Tramp character is a prospector during the Klondike Gold Rush who’s holed up in the Yukon mountains during a treacherously cold winter. Over a year in the making, it was Chaplin’s most ambitious production to date, which he began shooting up in the Sierra Nevada before a dose of realism forced him to return to sunny Hollywood to construct elaborate sets.

It features several of Chaplin’s most celebrated comic sequences, notably the scene where the Tramp is starving in a remote cabin with fellow prospector Big Jim (Mack Swain) and resorts to eating his leather boot. Delirious with hunger, he shares the upper and the sole between them, twirling the laces around his fork like spaghetti, and sucking each boot nail like a delectably juicy bone. It’s the first and by far the funniest depiction of snowbound cabin fever on this list. 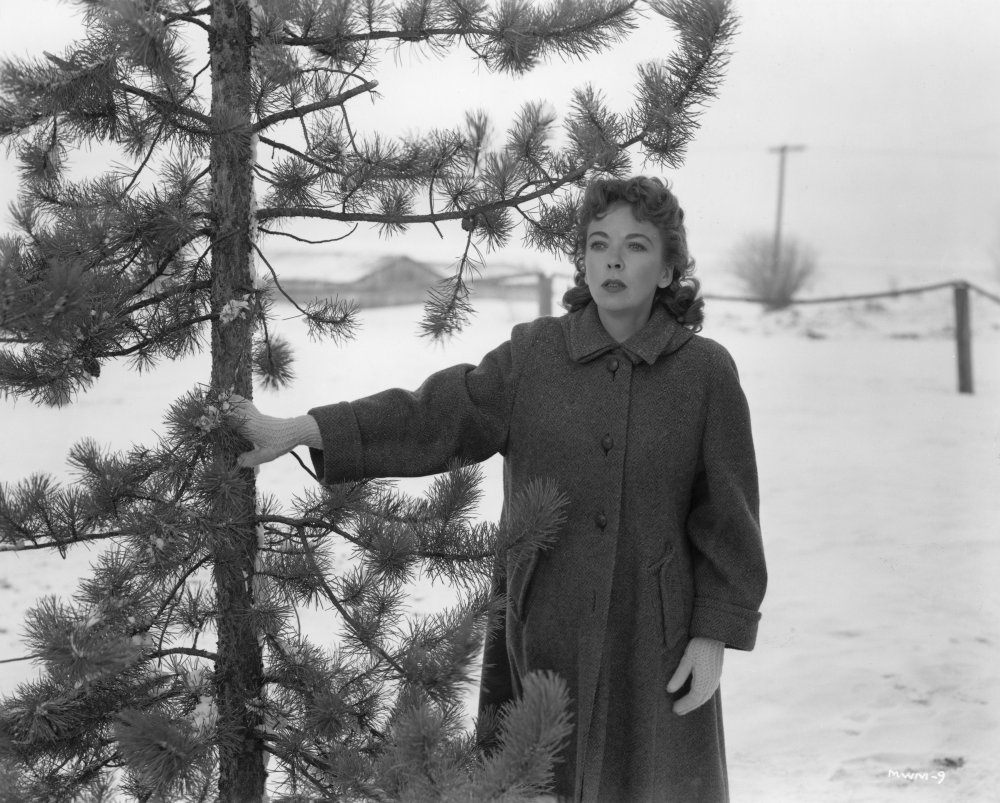 Think of film noir and we think of dark city streets. And this is where Nicholas Ray’s extraordinary, fable-like 1951 drama begins, in New York, where violent police detective Jim Wilson (Robert Ryan) has become embittered by a career’s worth of exposure to vice and iniquity. But there is a shift to the countryside when, after he is found to be viciously beating suspects, he is sent upstate to a rural backwater to investigate the murder of a young girl.

In Ray’s hands, this journey takes on the aspect of a fairytale quest, the snowflakes against Wilson’s car windscreen soon amounting to a flooding of cleansing white across his field of vision. During his investigation, the jaded cop will encounter Mary Malden (Ida Lupino), the blind sister of the murdered girl, whose innate goodness becomes the catalyst for his redemption. This simple dichotomy between urban cynicism and the purity of the country risks being sentimental, but Ray approaches the transformation in Wilson with complete conviction. With spirited music by Bernard Herrmann, On Dangerous Ground is a rare thriller that charts the transfiguration of a soul. 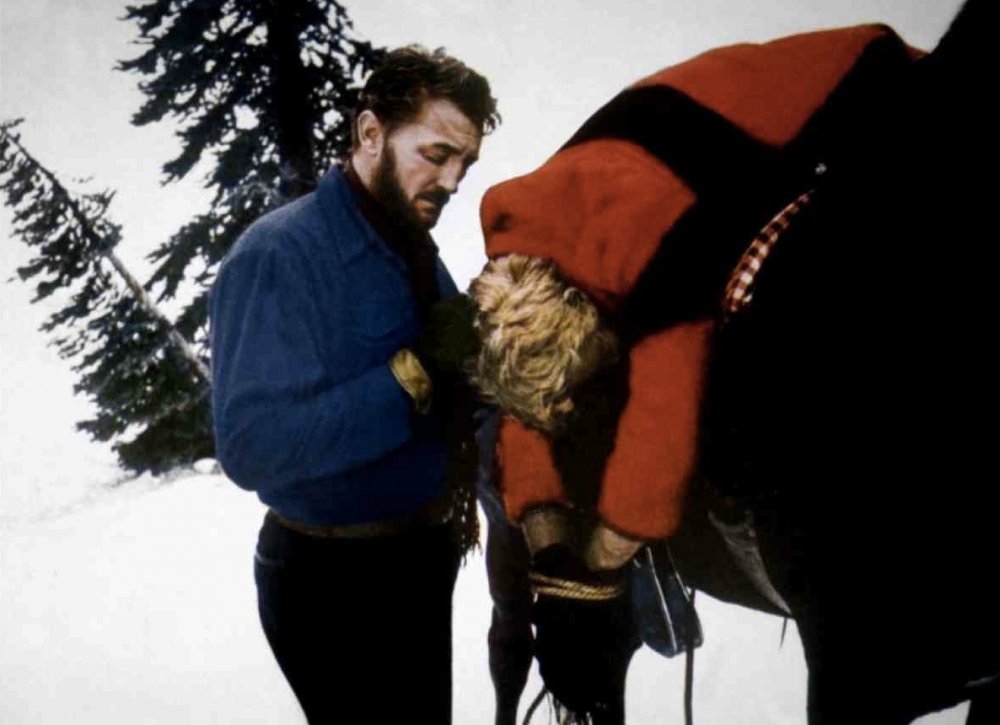 The heat and dust of many classic westerns is balanced out by a rich seam of the genre set in winter, when the cowboys come draped in furs and mountain passes are perilous with snow. Anthony Mann’s The Far Country (1954), starring James Stewart, takes place way up north during the gold rush; André de Toth’s Day of the Outlaw (1959) is an underrated gem set in a snowed-in Wyoming town; while Robert Altman’s 1971 McCabe & Mrs. Miller charts the romance between a gambler and a prostitute as winter falls on a pioneer town.

Track of the Cat is the strangest of the bunch, a hauntingly weird cabin-fever drama about a pioneer family living in the Rockies, where lives have twisted in on themselves. Bullying, resentment and incestuous desire define their sequestered existence. Robert Mitchum plays the volatile middle brother, while Beulah Bondi is his vinegary, fire-and-brimstone-spewing mother. Meanwhile, as the winter’s first snowstorms hit, a black panther has started to pick off their cattle…

Artily conceived by its director as a ‘black and white film in colour’, the only real brightness in the film comes from the garish red of Mitchum’s jacket. 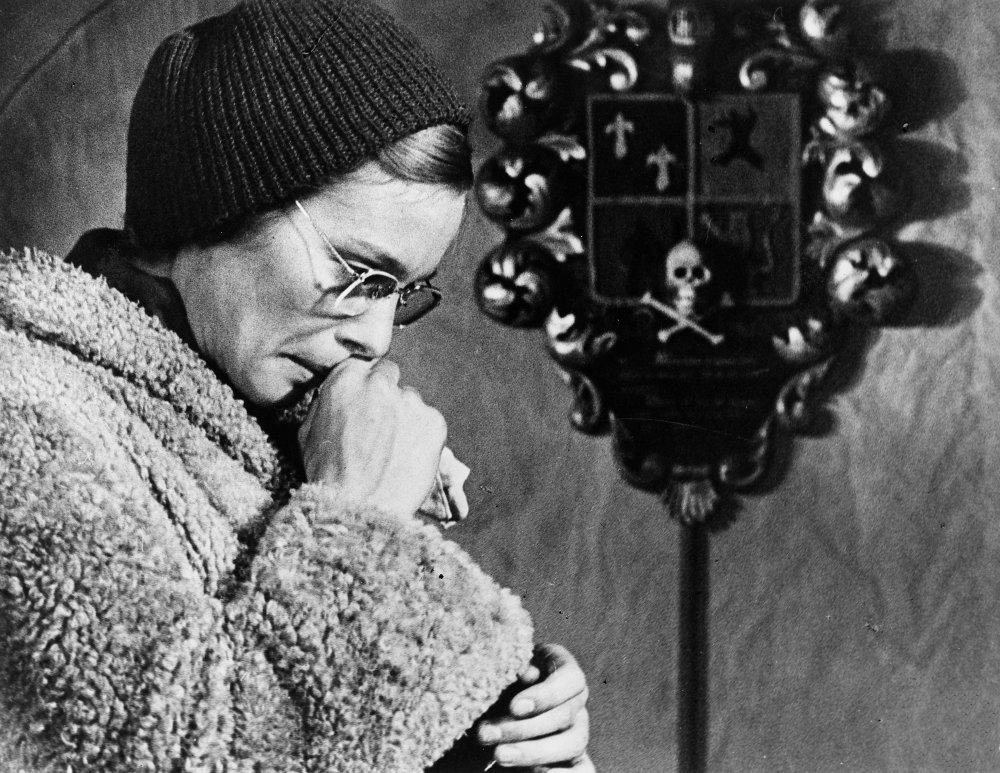 Swedish auteur Ingmar Bergman made it onto our list of summertime films and autumn films, but there’s a time of year when his trademark brand of chilly Nordic gloom fits as snugly as a Christmas jumper – winter.

1963’s Winter Light is set in rural Sweden, over the course of a few anguished December hours. The pastor of the local church, Tomas (Gunnar Björnstrand), gives his noon service, then receives a despondent villager (Max von Sydow), whose profound depression he is helpless to calm. The afternoon becomes a trial for Tomas’s spirit, his faith rocked by his impotency and God’s implacable silence. Then too, he is revulsed by the affections of his ex-mistress, Märta (Ingrid Thulin), whose soul-searching letter is read face-on to the camera in one excoriating, six-minute shot. This is Bergman at his most scalding and bleak, a movie in which invisible inner torments like resentment, anxiety and doubt become discernible like breaths in cold air.

Only recently discovered by the west, Czech master František Vláčil’s magnificent historical epic has quickly become recognised as a classic, and a film to rank alongside The Seventh Seal (1957) or Andrei Rublev (1966) in its vivid, often nightmarish recreation of the Middle Ages.

The tale of two feuding clans and a kidnapped daughter who becomes her rival’s mistress, it takes place in what seems like permanent winter, in stark, denuded landscapes often thick with snow. Instead of the stodgy heroics of many medievalist films, Vláčil presents an alien world defined by savagery and superstition, mapping the sights and sensations of the 13th century with endlessly mobile, disorientating camerawork. It’s intoxicating to experience, with one breathtaking image after another, from the opening landscape shots of wolves running through the snow onwards. Marketa Lazarová was voted the greatest Czech film ever made by a poll of the country’s critics. 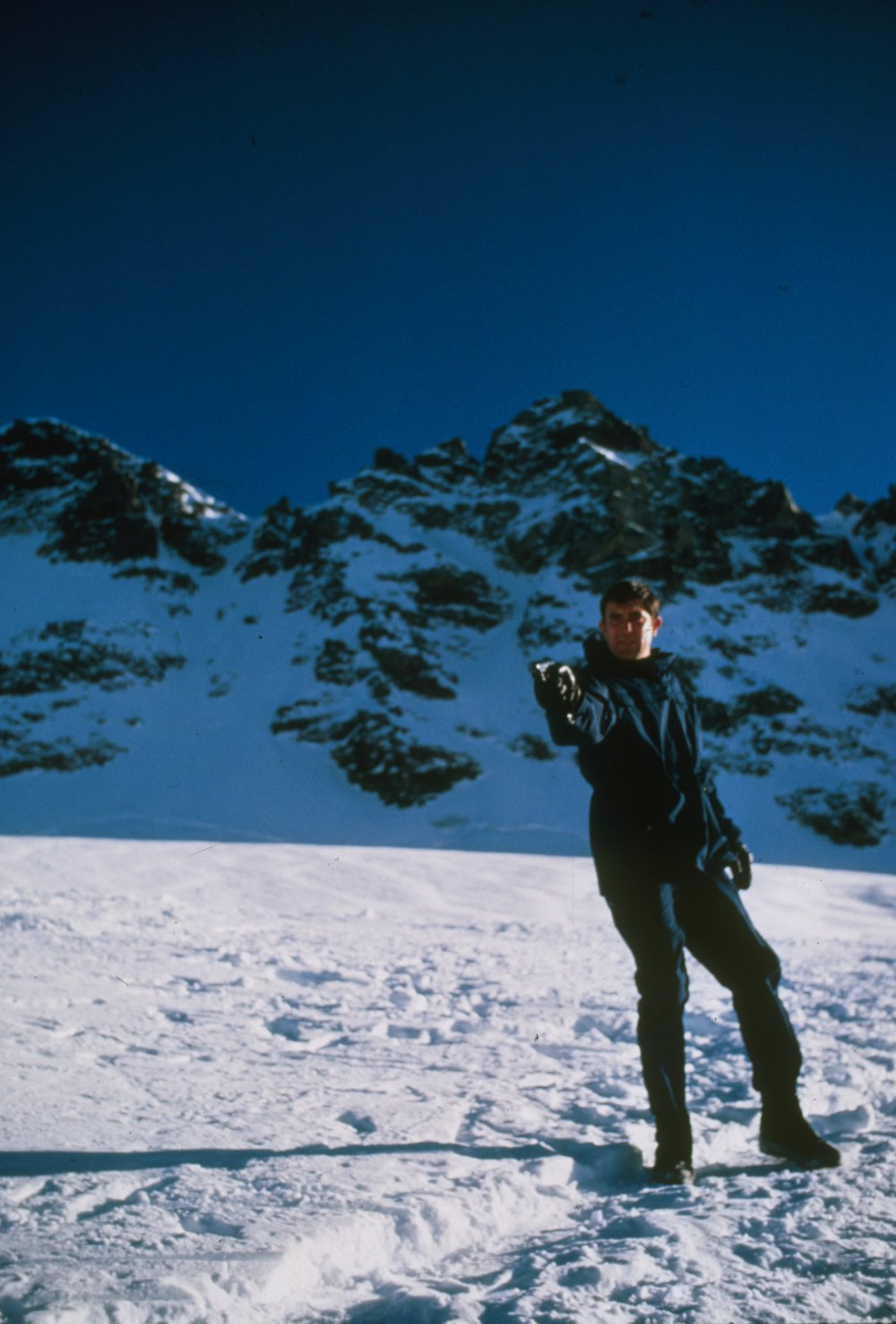 James Bond in the snow just works, with elaborate ski chases propping up everything from The Spy Who Loved Me (1977) to The World Is Not Enough (1999) via For Your Eyes Only (1981). But 1969’s On Her Majesty’s Secret Service is the wintriest of all, taking place high in the Swiss Alps, where Bond’s nemesis Blofeld (Telly Savalas) is running an allergy research clinic, brainwashing his nubile ‘Angels of Death’ to go out into the world distributing lethal bacteria.

George Lazenby’s one and only stab at 007 is often damned for his wooden performance, deemed a poor substitution for Sean Connery in the role. But many Bond fans relish this as one of the very best in the series, a film with a stunning mountaintop location, full of Alpine atmosphere and thrillingly shot action sequences on ice rinks and cable cars. It’s also the sole film in the franchise until Skyfall (2012) with an affecting, emotional core – it’s in this one that the philandering secret agent meets his only wife, the tragic and beautiful Contessa Teresa di Vicenzo (Diana Rigg). 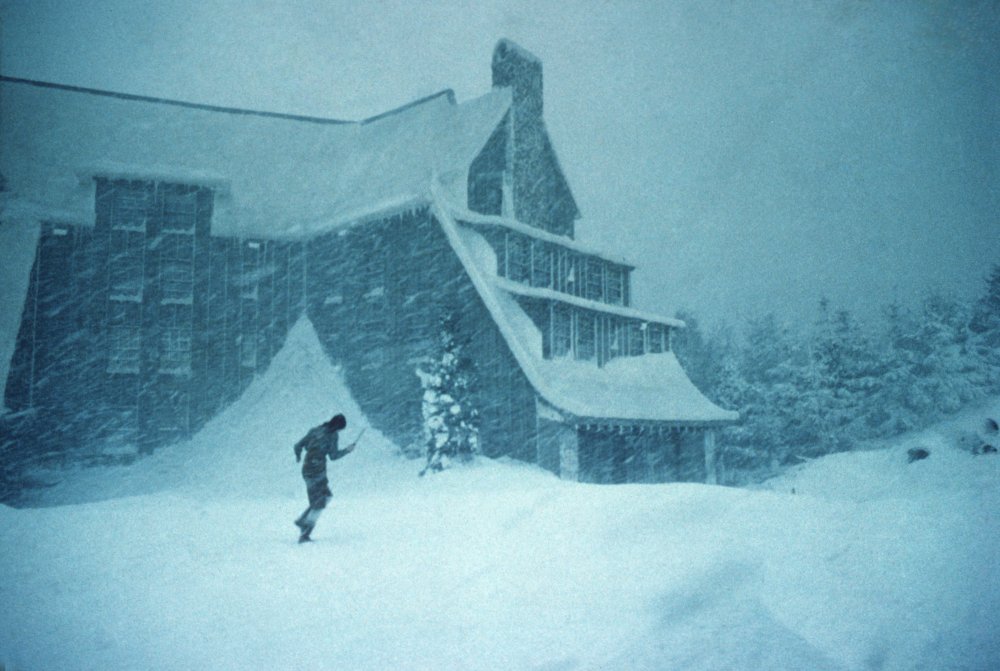 Stanley Kubrick’s 1980 classic begins with would-be novelist Jack Torrance (Jack Nicholson) being interviewed for a caretaker position at a lodge high in the Rockies. Closed during the winter months when heavy snowfall make it all but unreachable, The Overlook is the perfect place for Torrance to while away the season in seclusion with his wife (Shelley Duvall) and their troubled son Danny (Danny Lloyd) as he finally starts that novel.

Suffice to say that the Overlook doesn’t turn out to be the ideal writer’s retreat Torrance hoped for: something about the vast, eerie emptiness of the hotel and his family’s snowbound isolation seems to set the wheels of madness in motion. Adapted from the novel by Stephen King, The Shining is Kubrick’s one foray into horror yet remains one of the undisputed glories of the genre, a brilliant reinvention of the haunted house movie which reverberates with meaning and possible interpretation. 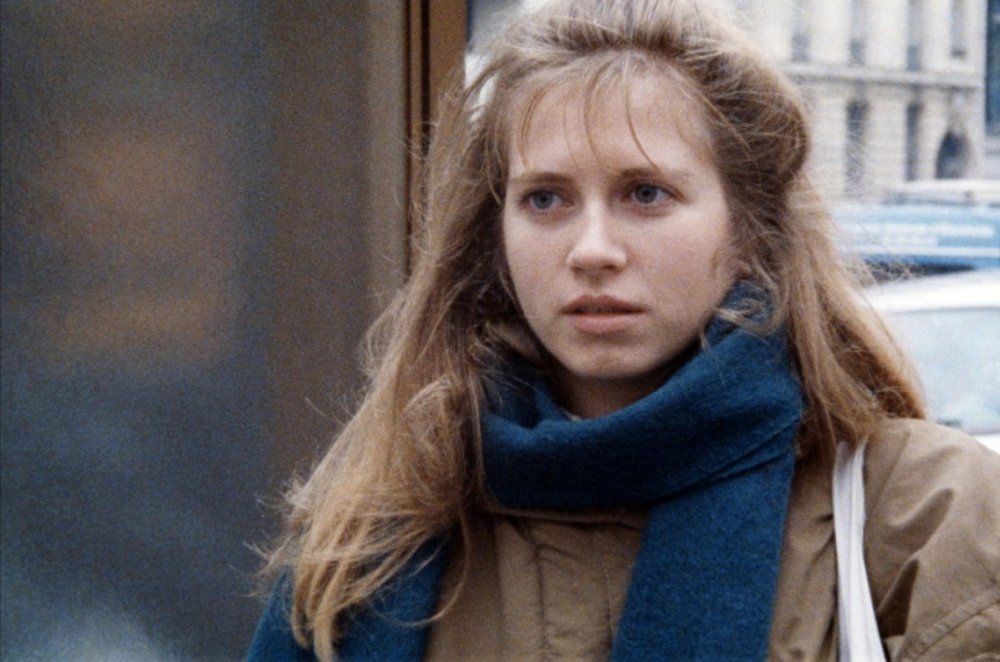 The second in Éric Rohmer’s cycle Tales of the Four Seasons, following A Tale of Springtime (1990) and preceding A Summer’s Tale (1996) and An Autumn Tale (1998), A Winter’s Tale takes place one melancholy winter, five years after the summer romance before. Félicie (Charlotte Véry) had fallen in love with Charles (Frédéric van den Driessche) during a beach holiday in Brittany, but they failed to meet up afterwards; unbeknown to her, she’d given him the wrong address. Now she’s the object of two amorous suitors, but she can’t shake off the memory of Charles or the hope of being reunited with her young son’s father.

A Winter’s Tale is another Rohmer study on the vagaries of love and destiny, a film that seems at once utterly modern and elegantly classical. The title’s nod to Shakespeare is a hint that chance and circumstance will play their inexorable part, the wheels of fate turning to enable a finale that feels both miraculous and sublimely satisfying. This woolly-jumpered ode to the coldest season makes a perfect winter double bill with Rohmer’s My Night with Maud (1969), an earlier map of the human heart set in Clermont-Ferrand over Christmas. 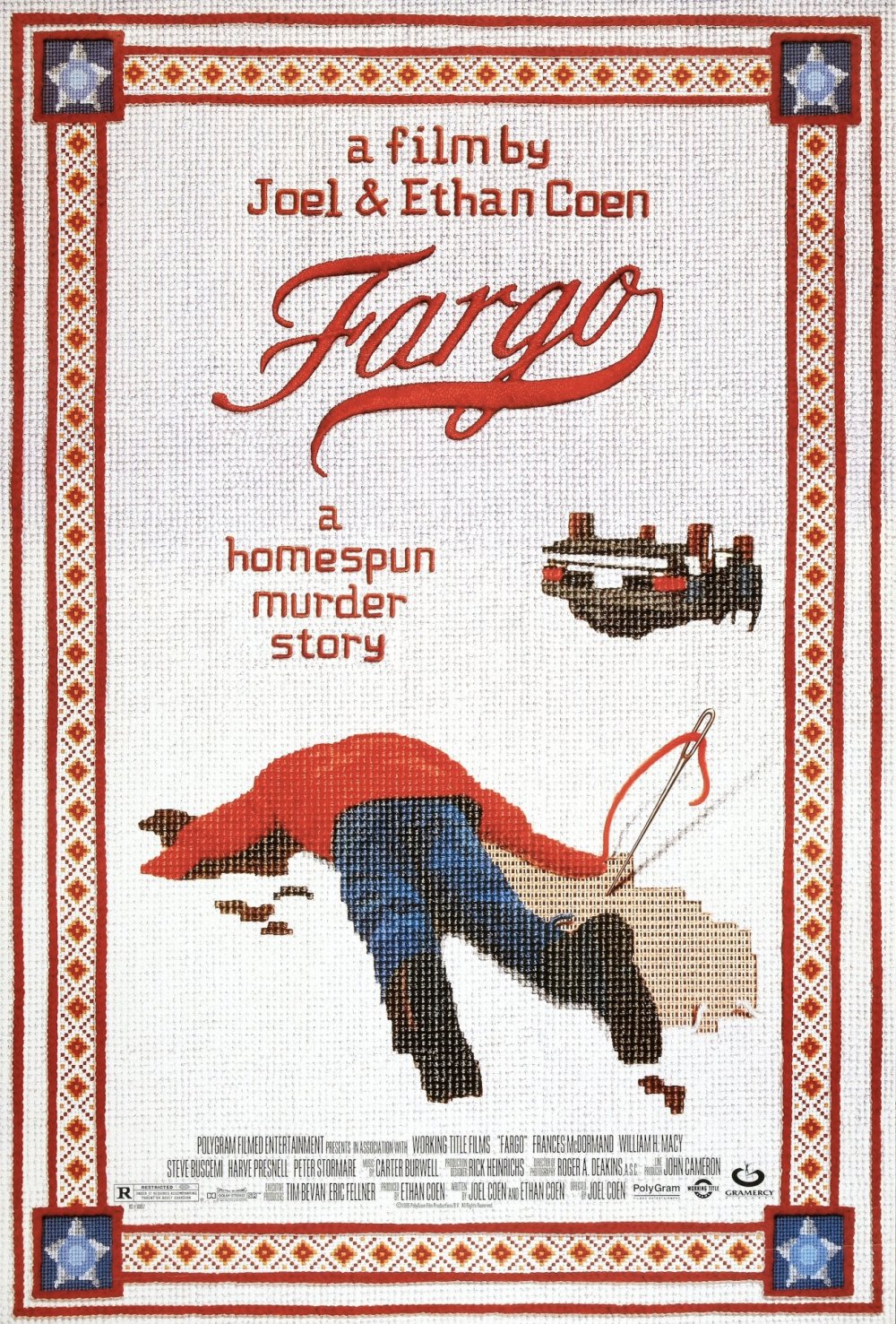 Billed as ‘a homespun murder story’, the Coen brothers’ 1996 favourite Fargo delights in its collision of dark deeds with honest-to-goodness small-town Americana. Set in Minnesota and North Dakota in 1987, it’s a tale of kidnapping, extortion and murder that finds its foil in pregnant police chief Marge Gunderson (Frances McDormand), one of the most memorable characters in 1990s American cinema.

William H. Macy plays a car salesman, an incorrigible loser, who hires some thugs to kidnap his wife and demand a huge ransom from his wealthy father-in-law – a plot with similarities to the Coens’ first film, Blood Simple (1983). This time it all takes place amid thick snow, the better to highlight the bright red blood when it falls. But, while bloodthirsty in part, Fargo has a crucial warmth at its core, and a genuine belief in Marge and her homely incorruptibility.

The Coens’ latest, Inside Llewyn Davis (2013), is another wintry treat, evoking the grey chill of a New York winter during the early 1960s folk scene. 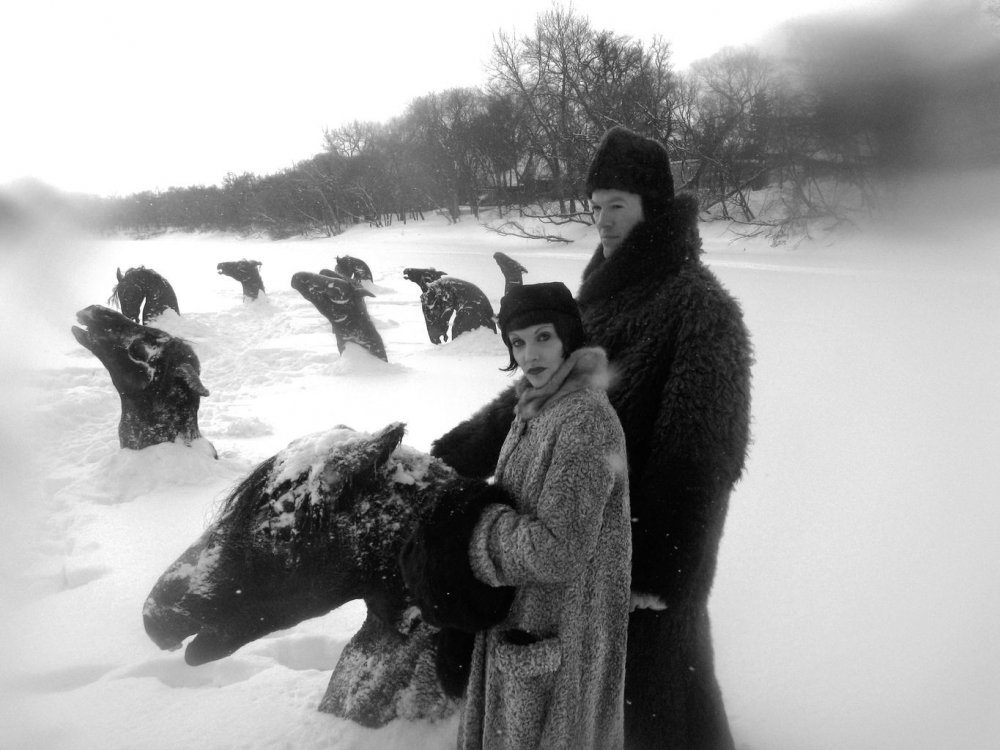 No stranger to frigid locales, in My Winnipeg the ‘mad poet of Manitoba’ Guy Maddin conjures a madcap city-symphony ode to his remote Canadian hometown. Played on screen by Darcy Fehr, Maddin makes (or does he just dream?) a personal documentary history of Winnipeg as a means of extricating himself from the city’s parochial grip. To do so he must return to the scenes of his childhood and re-enact chill memories of mortification at the hands of his domineering mother (“My mother, as perennial as the winter; as ancient as the bison.”).

Freudian autobiography swirls together with outrageous local folklore, including the unforgettable story of a stable fire that caused horses to stampede into an icy river, where they remained frozen in place for the rest of the winter. We’re never sure whether such anecdotes are true or merely figments of Maddin’s over-abundant imagination. Regardless, My Winnipeg is a joyfully idiosyncratic seasonal treat – a cinematic snow-globe in which stories, memories and ideas fall in wintry flurries.