10 great films set in one location

Confinement is no barrier to creativity in these must-see films involving a single setting. 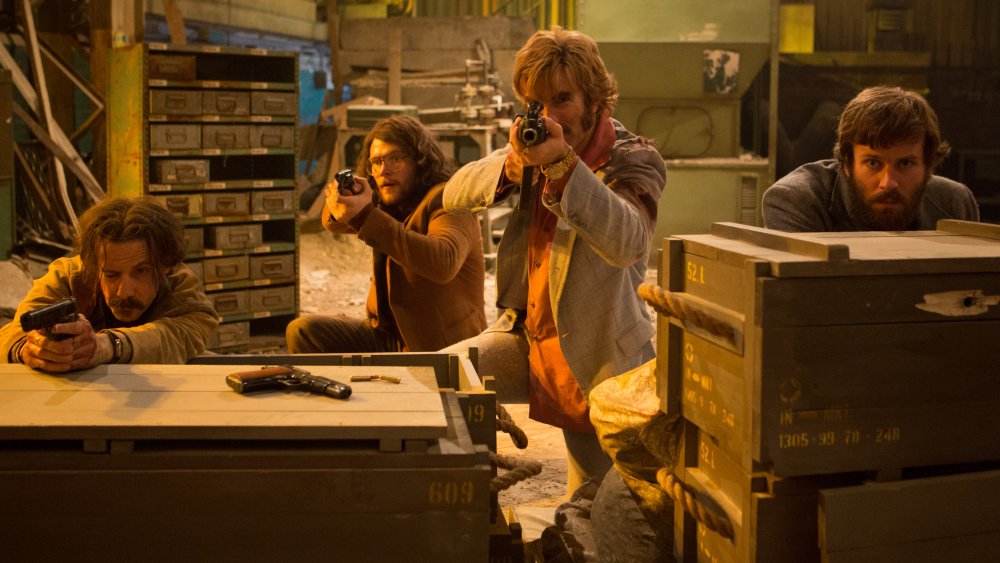 In 1906, theatre director Max Reinhardt opened the Kammerspiele in Berlin to present modern drama to small audiences. Its impact was profound, leading to the Kammerspielfilm, a short-lived movement in German silent cinema. Though sometimes set across multiple locations, these films, which include F.W. Murnau’s The Last Laugh (1924), were nonetheless confined dramas focusing on internal character psychology.

Filmmakers were quick to realise that such confinement could also induce fear and excitement, and chillers and thrillers like The Cat and the Canary (1927), directed by Paul Leni, a former Reinhardt collaborator, and Alfred Hitchcock’s Lifeboat (1944) soon followed. This trend reached its apotheosis with Buried (2010), which is set entirely alongside a man buried alive in a coffin.

But not many places are as small as coffins, and films like Edmund Goulding’s Grand Hotel (1932) told multi-stranded dramas within much larger spaces, while still technically limiting the number of locations. Some directors, however, would manage to successfully pressure-cook even these larger spaces, as exemplified by prison dramas such as Le Trou (1960) and action films such as Die Hard (1988), set primarily within a skyscraper.

More recently, British director Ben Wheatley joined this tradition, first with his own tower-set film, High-Rise (2015), and then with Free Fire (2016), an action comedy about a gun sale gone wrong that unfolds almost entirely within an abandoned factory.

Here are 10 times that smart filmmakers proved you don’t need expansive locations to be entertaining. 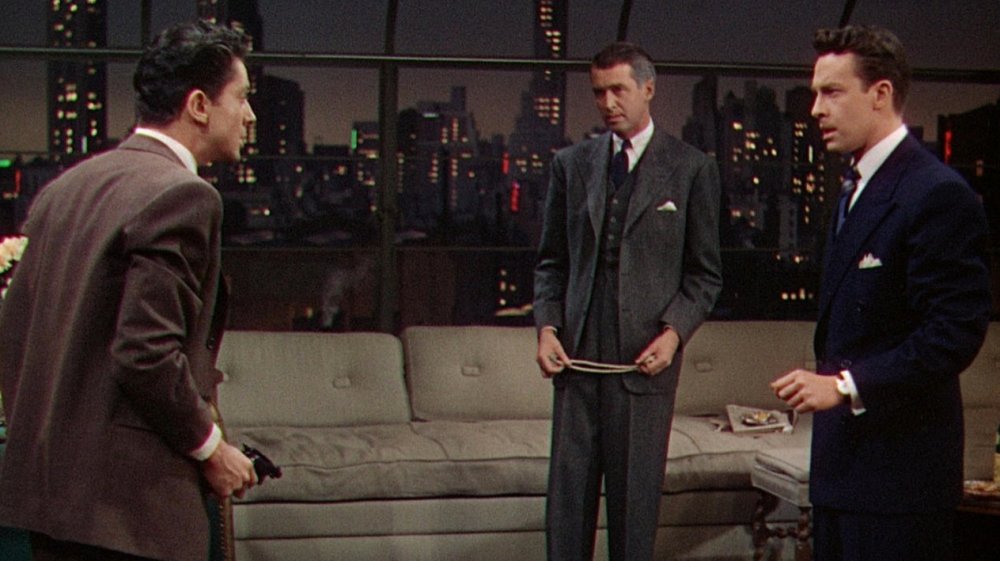 Adapted from Patrick Hamilton’s 1929 stage play of the same name, Rope confines itself to the apartment of two young men who, under the sway of Nietzschean philosophy, believe themselves to be among the privileged few for whom murder is an art. To prove their point, they strangle an ‘inferior’ former classmate and hide the body in their living-room chest. Believing that their superior intelligence will keep their secret safe, the murderers then host a party for the deceased’s friends and family, using the very same chest as the table upon which to serve the food…

Hitchcock famously chose to shoot the film using long takes, even going as far as to disguise half the cuts in the film (but not all, as is sometimes believed). A bold technical experiment designed to reflect the real-time unfolding of Hamilton’s play, the result lends the film a temporal and spatial coherence that only serves to increase the tension as the drama unfolds. 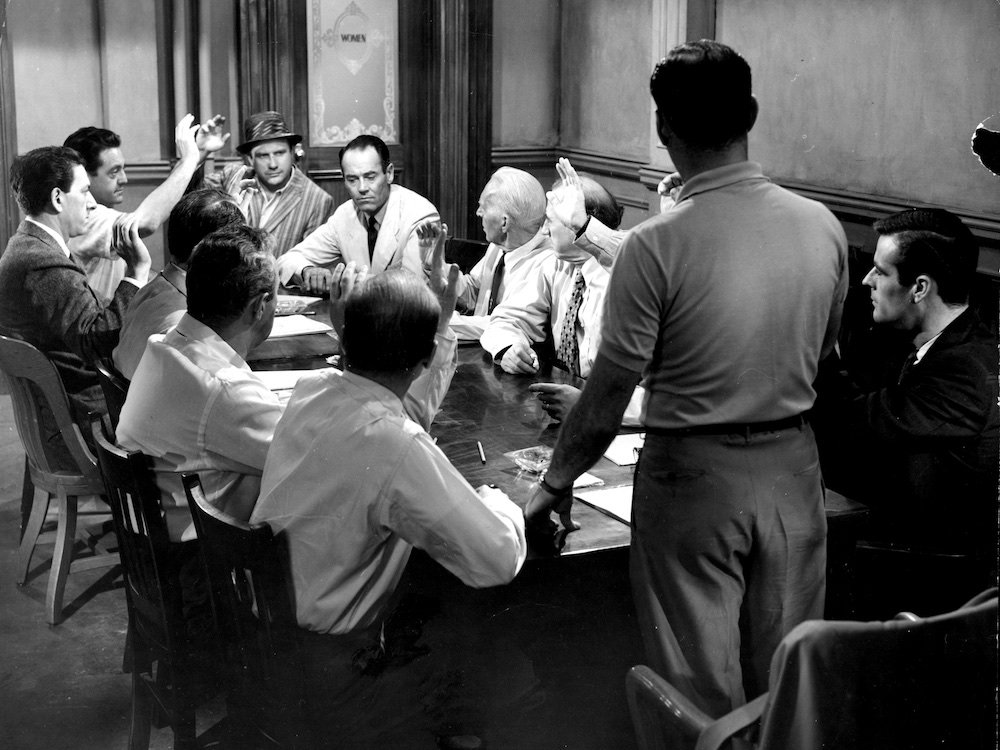 Perhaps the most famous example of a film set in one location, 12 Angry Men takes place almost entirely inside the jury room at a New York courthouse, where 12 jurors must arrive at a unanimous verdict for a homicide trial. An initial vote determines that 11 of the men believe the defendant is guilty, but the 12th isn’t sure. Although he’s not convinced that the man is innocent, he believes there should be a fair discussion before a man is condemned to death.

Only two of the jurors are given names, but all emerge as believably drawn, distinct characters. As they talk, tensions rise, personal prejudices are revealed, doubt seeps in and seemingly concrete evidence is called into question. Facts, one juror suggests, can be twisted in any way you like – which is surely a pertinent point for the current era. 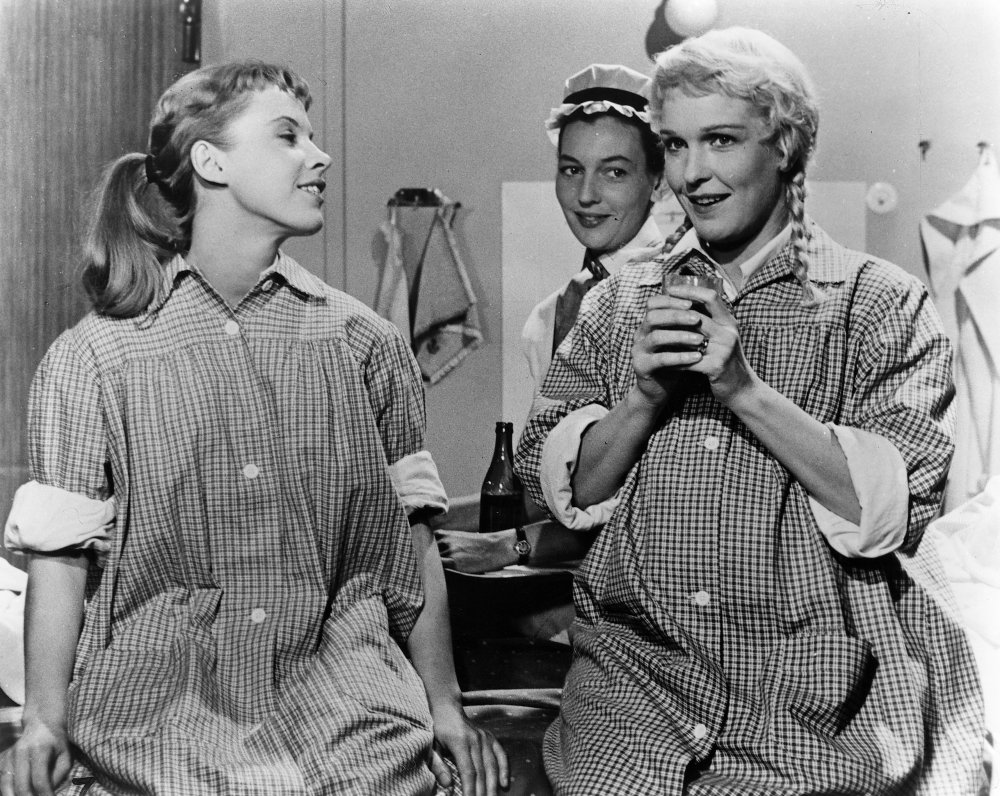 When Ingmar Bergman made Through a Glass Darkly (1961), he expressed a desire to make films influenced by the minimalism of chamber music, which would strip away excess and focus more directly upon the human soul. Three years earlier, he had already achieved a similar effect with the lesser-known So Close to Life, the first of his three collaborations with novelist and screenwriter Ulla Isaksson, who adapted the material from her own short story.

Quietly devastating, if ultimately hopeful, the film concerns three patients at a hospital maternity ward: Cecilia (Ingrid Thulin), who has suffered a miscarriage; Stina (Eva Dahlbeck), an overly excited expectant mother; and Hjördis (Bibi Andersson), a troubled teenager who finds herself unready for the responsibilities of motherhood. As this synopsis suggests, the film is more socially minded than some of Bergman’s more probingly existential work, but the result is a triumph. Bergman was justly awarded best director at Cannes, where the leads also collectively won best actress. 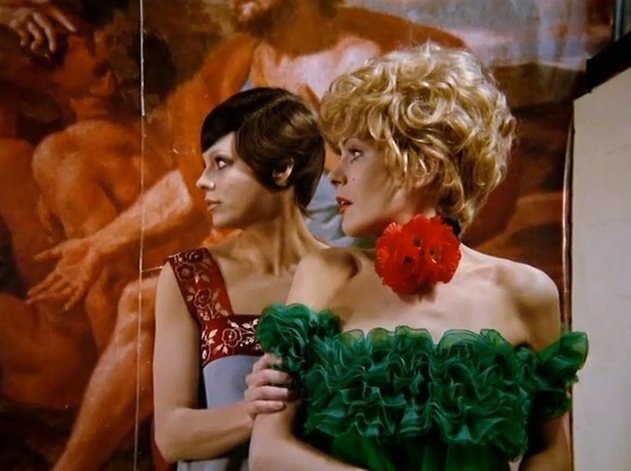 Confined entirely to the apartment of the eponymous fashion designer, played by Margit Carstensen, The Bitter Tears of Petra von Kant remains a searing examination into the pain and shifting power struggles of human relationships. When we first meet Petra she is confident and successful but also manipulative and dominating, bordering on sadistic. Her control starts to slip, however, when her cousin introduces her to a younger woman, Karin (Hanna Schygulla). Petra falls madly in love and promises to make Karin a successful model, leading to a relationship that quickly becomes poisonous.

Despite the confined location and the project’s origins as a stage play, the intense gaze and gliding movement of the camera render the piece entirely cinematic. The mood is further enhanced by some inspired production design – most notably, a huge reproduction of Nicolas Poussin’s painting Midas and Bacchus, which dominates proceedings. 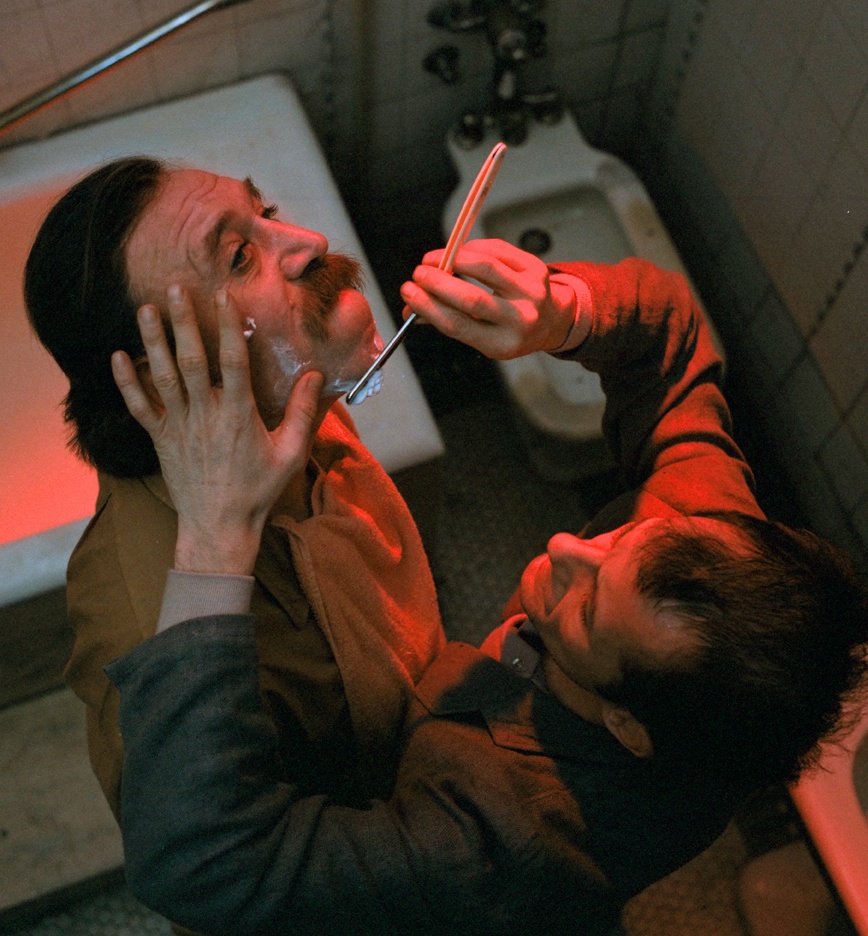 Given that Fassbinder is one of the few filmmakers for whom modern Hungarian master Béla Tarr has publicly stated his admiration, it’s perhaps unsurprising to find certain parallels between The Bitter Tears of Petra von Kant and Tarr’s own chamber piece. Set completely within the rundown apartment of an ageing woman, Autumn Almanac consists primarily of a series of short duologues in which the woman’s son, her nurse, the nurse’s lover and her son’s former teacher vie for control and attention, alternately scheming, arguing and fighting over the woman’s money.

Unusually for Tarr, the film features startling use of colour, while its ever-roaming camerawork seeks to increase the caustic claustrophobia through its tight facial framing and cluttered imagery. Providing a bridge between Tarr’s early, social realist work and the later, transcendental long-take pieces for which he is best known, the film is a masterpiece of style – but one that never shirks on substance. 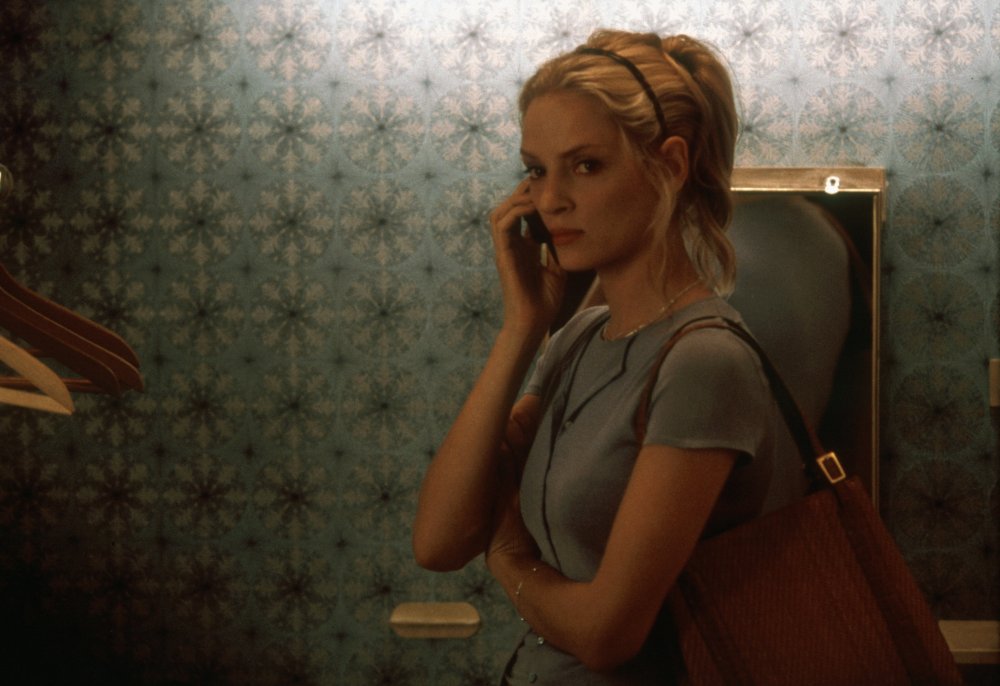 Produced by Gary Winick’s InDigEnt, an independent production company founded to help filmmakers shoot low-budget films using then-new digital technology, the aesthetic of Tape is undeniably lo-fi. Shot on cheap digital cameras, the style is hyperactive and handheld, filled with frequent whip pans and quick-cut shots. It’s not an approach one would usually associate with Richard Linklater, and if, at times, it feels designed to compensate for the theatricality of the film’s setup, it nevertheless reflects the passive-aggressive, drug-fuelled energy of Ethan Hawke’s Vince.

A 28-year-old pot dealer, Vince has travelled to Michigan to attend a screening of his high-school friend Jon’s (Robert Sean Leonard) new documentary – but Vince also wants to dig up the past and uncover the uncomfortable truth about what really happened when Jon slept with his ex-girlfriend, Amy (Uma Thurman). Based on a play of the same name by Stephen Belber, the tense action unfolds exclusively within Vince’s motel room, in real time. 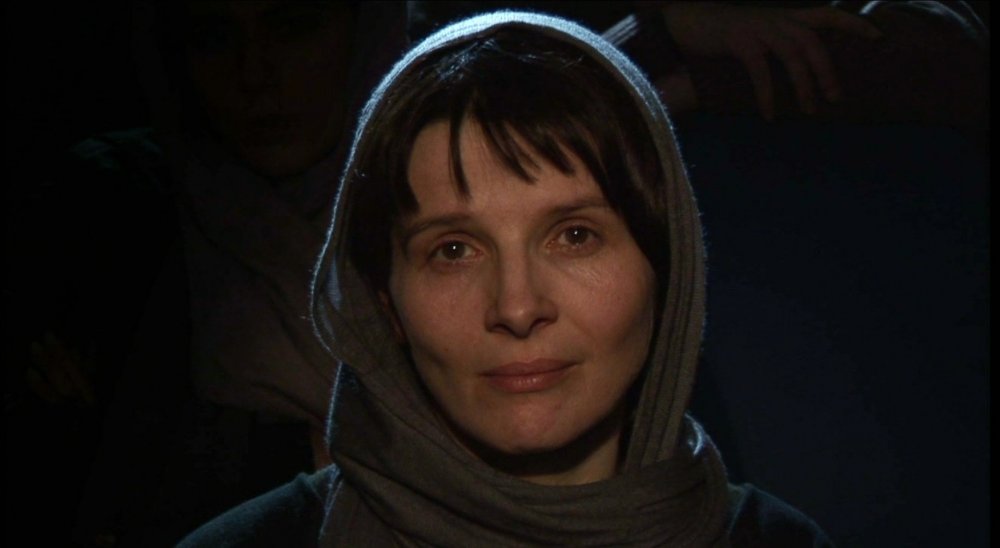 Despite featuring a cast of over a hundred women, Shirin is intimate rather than epic. Seen in close-up, the women are enshrined within the darkness of a cinema, watching a film we never get to see – for it is only their faces that Abbas Kiarostami shows us, capturing their private reactions as they run through a gamut of emotions in response to the film we only hear. In reality, the women were recorded in small groups inside Kiarostami’s house, reacting to little more than their own imagination. The artificial abstraction and impossible geography created by this method places further emphasis on the faces themselves – those lands one never becomes tired of exploring, as Danish filmmaker Carl Theodor Dreyer once put it.

Still, the choice to base the film-within-a-film upon Khosrow and Shirin, Nizami Ganjavi’s tragic 12th-century poem about female self-sacrifice, is far from insignificant and serves to further emphasise Shirin’s focus on womanhood. 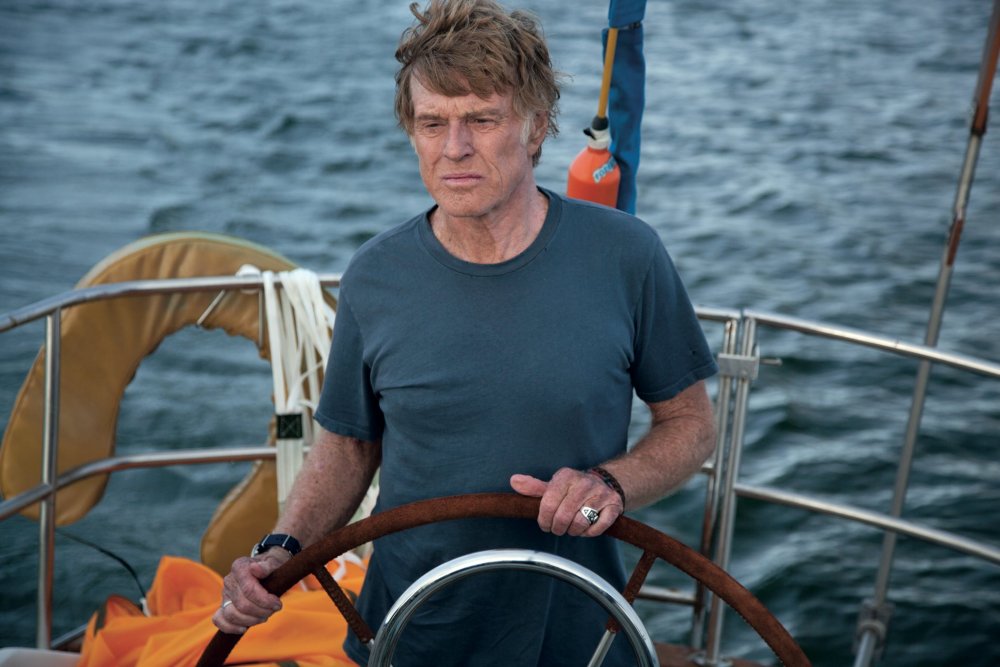 Taking place on the open sea, 1,700 nautical miles from the Sumatra Straits, All Is Lost is at once expansive and contained. A lone man, superbly played by a believably weathered Robert Redford, is sailing in a damaged boat when he encounters a storm and must battle the elements for his survival. Though the story is simple, the film is remarkable for its focus on minutiae, crafting a gripping narrative from the smallest of details. Even more impressively, it anchors itself around a single man but resists conventional characterisation – with voiceover confined to an opening prologue and speech amounting to little more than a few cries for help, it’s a perfect example of how to show and not tell.

As a survival thriller set exclusively upon a small boat, All Is Lost clearly follows in the tradition of Lifeboat, but for an alternative approach to nautical confinement try Kim Ki-duk’s poetic and symbolic The Bow (2005). 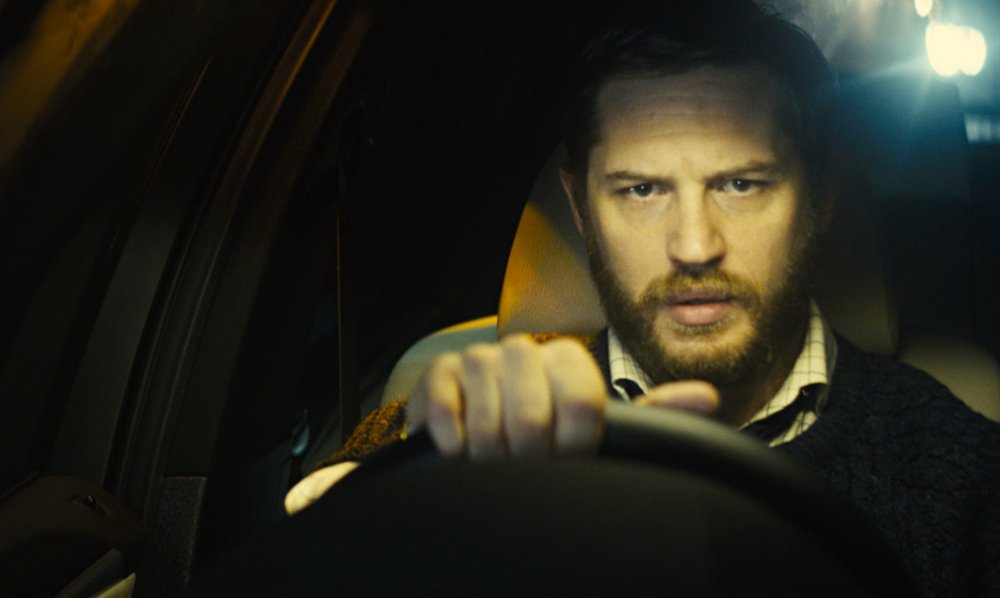 Another film focusing on a lone man within a vehicle, Locke concerns a construction foreman, Ivan Locke (Tom Hardy), who must drive from Birmingham to London to be present at the birth of his illegitimate child. Taking the opposite approach to All Is Lost, the film is almost all talk, as Ivan makes and takes phone call after phone call, bouncing back and forth between his wife and his work colleagues – for the drive is happening the night before Ivan is to oversee the largest concrete pour in European history outside of nuclear military projects.

Although based on an original screenplay by Knight, there’s no escaping the inherent theatricality of the piece. Still, the repetitive nature of the shallow focus visuals are highly evocative of the monotony of the road at night, and Hardy’s commanding performance builds a convincing psychological portrait of a calm, collected and exacting man with a determination to do the right thing. 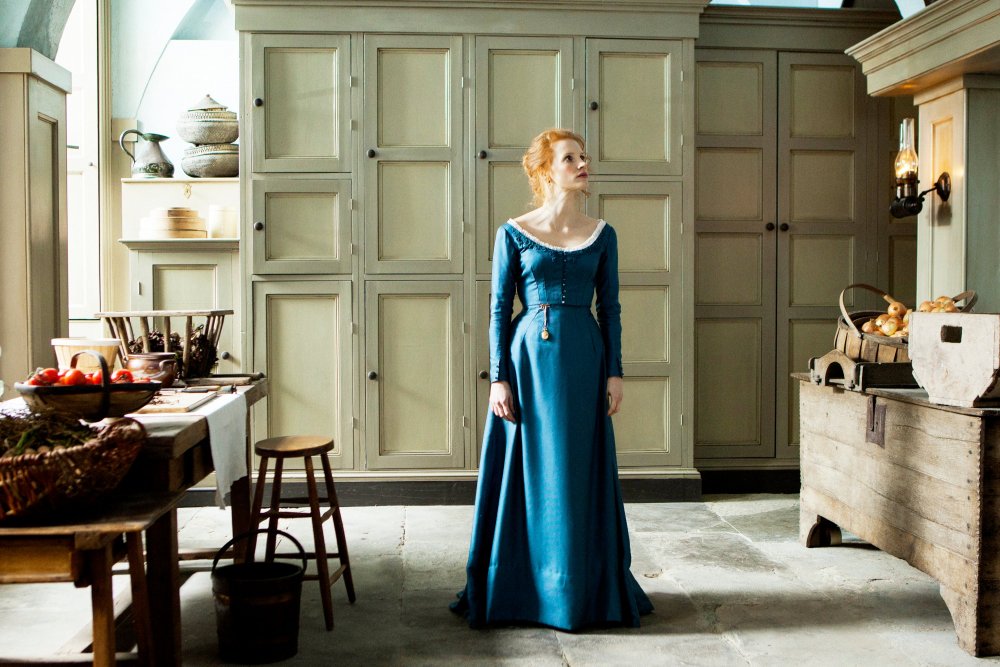 Alongside Max Reinhardt, one of the leading proponents of chamber theatre was the Swedish playwright August Strindberg. In 1888, his influential ‘naturalistic tragedy’ Miss Julie confined itself entirely to the kitchen of ‘the count’, Miss Julie’s unseen father. In adapting the play for the screen, Liv Ullmann softened Strindberg’s famed misogyny, relocated the action to Ireland and opened the text out to include the grounds and servant quarters of the manor.

A simple three-hander more interested in character than plot, the piece centres on a class-infused power struggle between Miss Julie (Jessica Chastain), her father’s valet (Colin Farrell) and his fiancée, the manor’s cook (Samantha Morton). The performances are intense throughout, and Ullmann has suffused the film with stunning images influenced by the Danish painter Vilhelm Hammershøi, an expert in interior space and light. Criminally neglected upon release, the film is nothing short of a masterpiece.