Will the next quarter of a century bring us hoverboards? Or sentient phone operating systems? Or even nuclear apocalypse? These 10 classic futuristic movies think so … 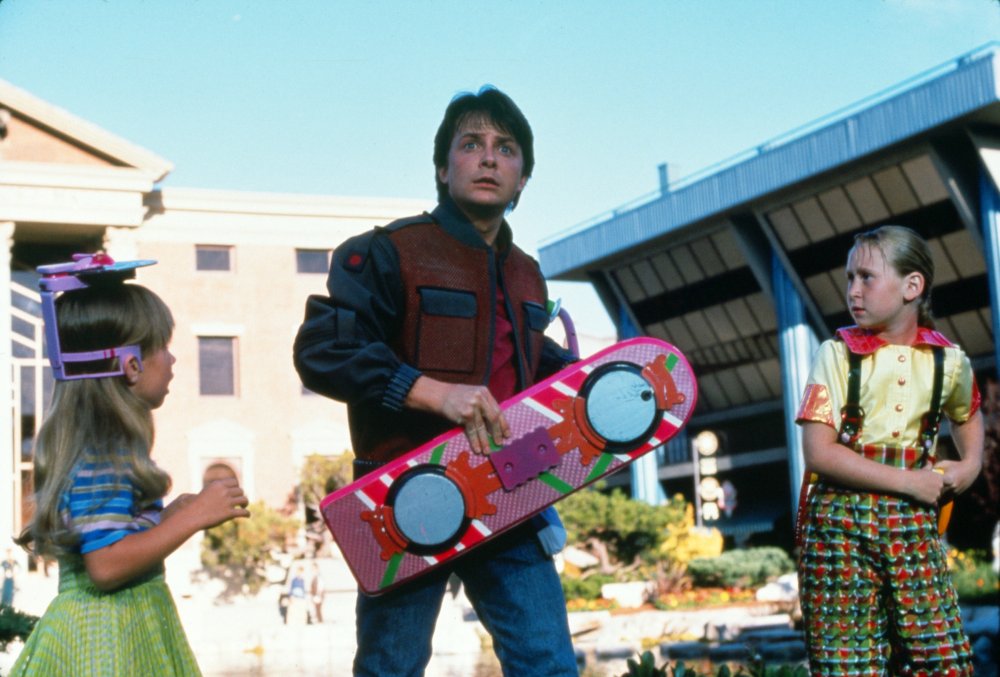 The Tomorrow’s World segment of our sci-fi season offers a diverse range of enthralling visions of a future Earth. From the Back to the Future trilogy (1985-90) and Fahrenheit 451 (1966) available to view on BFI Player, to big-screen outings at BFI Southbank for futuristic milestones such as Alphaville (1965), A Clockwork Orange (1971), Stalker (1979) and Brazil (1985).

For obvious reasons, when envisioning the future, writers and directors have tended to set their sci-fi opuses a safe number of decades or even centuries from now, so as not to concern themselves too much with how their predictive visions might come to tally with reality. It’ll be a long time before we catch up with the worlds imagined by Alien (set in the year 2122), Forbidden Planet (made in 1956 but set in 2220) or, much less, David Lynch’s Dune (set circa 21592). We can smirk already about some of their seemingly wide-of-the-mark ‘what if’ worlds, but no one reading this will ever know for certain the films were wrong.

But there are films that are brave enough to imagine what the near future looks like too, and as time marches on indifferently we’re now at the stage where we can definitively judge how the outlandish future worlds imagined in genre classics like Blade Runner (1982) and Akira (1987) match up against our own experiences of the 21st century.

With that in mind, what follows are 10 of the finest films to offer a sneak peek at what life on Earth might entail over the course of the next 25 years – presented in the order in which they may or may not come true. 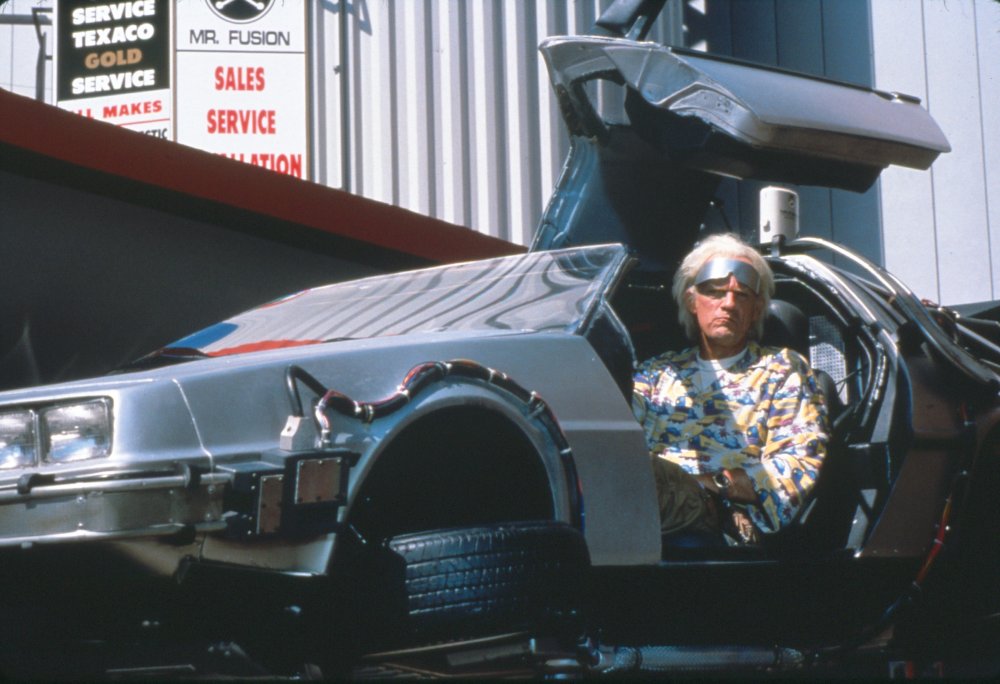 Sadly, it’s now safe to assert that the reality of 2015 won’t quite live up to the thrilling vision of next year presented in Robert Zemeckis’s enjoyably convoluted 1989 time-travel sequel. But while flying cars and robotic petrol station attendants are unlikely to materialise within the next few months, the film has proven prescient in a number of ways.

During a dinner scene, the young McFlys (both played by Michael J. Fox) wear eyeglass headsets that look uncannily like garish prototypes of Google Glass. Meanwhile, much of the ludicrous retro-futuristic fashion on display, along with a Hill Valley antique shop packed with 80s pop culture tat, wouldn’t look at all of place in certain corners of east London.

And in a wonderful instance of life imitating art, two of Zemeckis’s most compelling prognostications look set to become realised. This February, Nike designer Tinker Hatfield announced that trainers with self-tying laces, as worn in the film, would soon be hitting the market. More incredibly, Hendo Hover are promising to deliver the world’s first hoverboards by the end of next year to 10 of their Kickstarter backers, who have each coughed up $10,000. 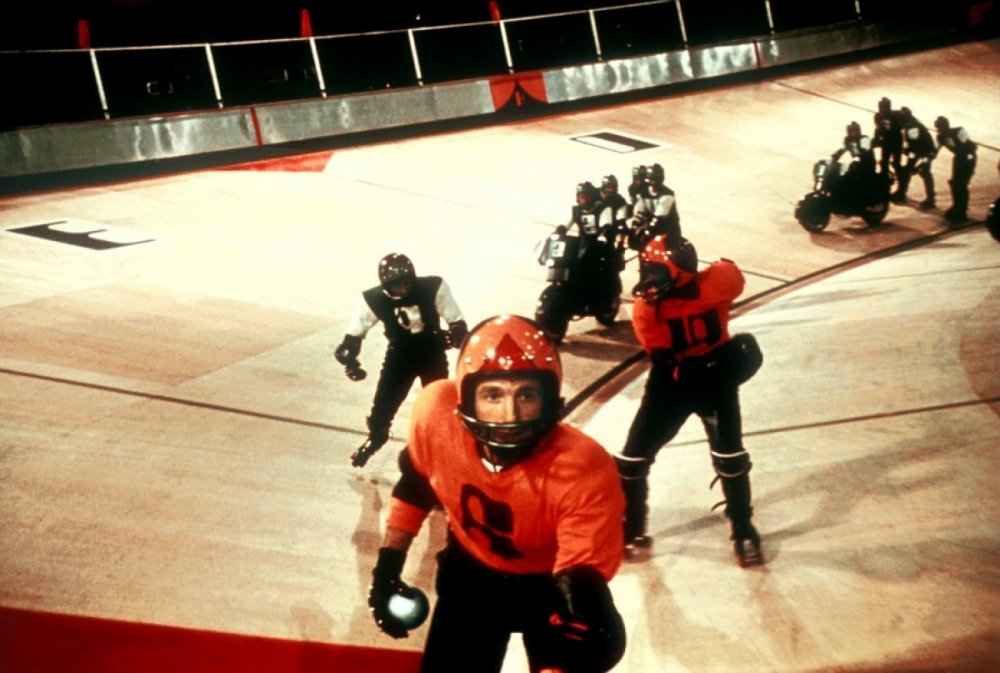 Never one to risk being pigeonholed, eclectic director Norman Jewison followed up his lavish adaptation of Broadway smash Jesus Christ Superstar with this stylish, ideas-packed sci-fi action sports drama, based on a 1973 short story by William Harrison.

Rollerball envisages an America of 2018 in which government duties are performed by all-powerful global corporations. Said corporations have successfully eradicated the notion of war, and solved all major social issues. They also control the titular sport, an inordinately violent global phenomenon, created, as one character eloquently puts it: “to demonstrate the futility of individual effort”.

Viewed today, perhaps the most striking aspect of the film is how clearly it anticipates The Hunger Games, with James Caan as the star player who leverages his celebrity status to highlight the sport’s fascistic undertones, and thus perhaps sow the seeds of a popular uprising.

As 2019 fast approaches, we can perhaps breathe a sigh of relief that the immediate future isn’t looking quite as bleak as Ridley Scott’s 1982 neo-noir masterpiece might have led us to fear. This mesmerising evocation of a crumbling, outrageously overpopulated, insanely high-rise future Los Angeles is still the yardstick by which all dystopian screen science fiction is measured.

But while the film’s most despairing imaginings remain fantastical, its vision of a truly globalised city today feels incredibly prophetic. Scott’s LA is a beguiling east-west fusion that immediately calls to mind present-day Shanghai or Hong Kong. This is somewhat remarkable, given that the film was made several years before China would even begin to emerge as a global superpower. 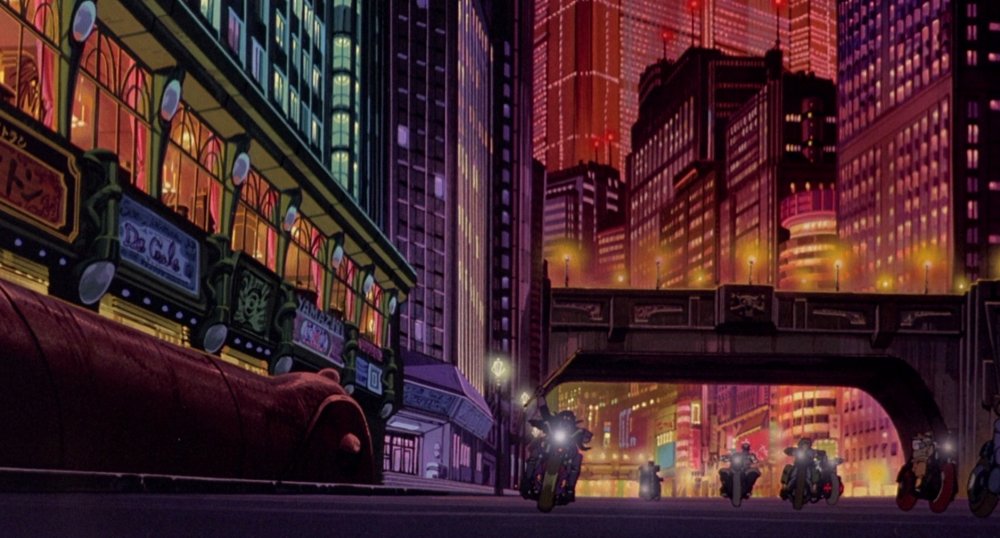 As the first country in history to have been targeted by nuclear weapons, and the site of one of the world’s worst nuclear disasters, it’s understandable that a fascination with post-apocalyptic scenarios should be so prevalent in Japan’s pop culture. Landmark anime Akira imagines that Tokyo is obliterated by an attack that triggers the start of WWIII, and is rebuilt from scratch as glittering megalopolis Neo-Tokyo.

As the film opens in 2019, however, the new city’s immediate future seems uncertain, with an immense socio-economic divide causing widespread social unrest. As we learn of a secret government project conceived to harness the incredible untapped powers of telekinetic youngsters, Akira reveals itself as a powerful cautionary tale about the dangers of a reckless attitude towards scientific experimentation.

As an inconsequential but fun aside, the film is set during the build-up to the 2020 Olympic Games, which will indeed take place in Tokyo, albeit in the regular old pre-Neo version of the city. 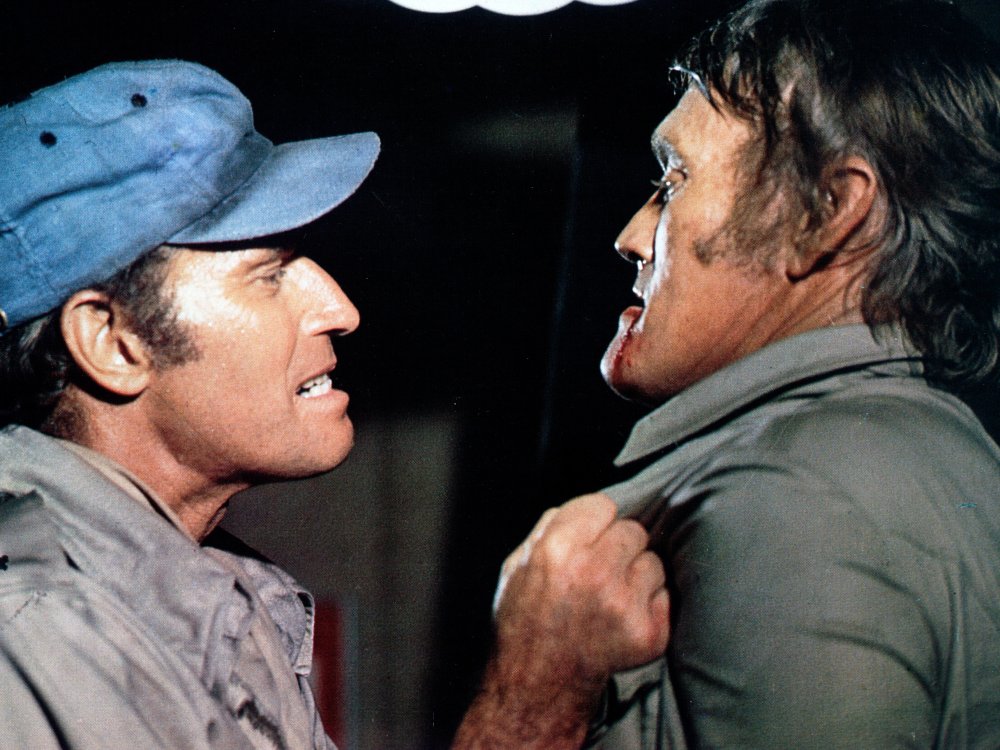 Richard Fleischer’s sombre vision of a desperately overpopulated and resource-depleted 2022 New York belongs very much to the 70s pre-blockbuster school of intellectually astute, polemical sci-fi. Charlton Heston stars as Frank Thorn, a world-weary cop who uncovers, as part of a murder investigation, a deeply sinister secret about the Soylent Corporation, whose processed food rations keep starvation at bay for much of the population.

The film unfolds at a beautifully restrained pace. Fleischer takes great pains to establish a sense of a world gone gradually to wrack and ruin through years of environmental negligence, before ratcheting up the pace and tension towards an enjoyably overwrought climax.

It also boasts an incredibly moving final screen performance from Edward G. Robinson, who plays Thorn’s elderly friend and surrogate father figure, Sol Roth. His last scenes are heartbreakingly poignant when viewed with the foreknowledge that the actor died of cancer two weeks after filming ending. 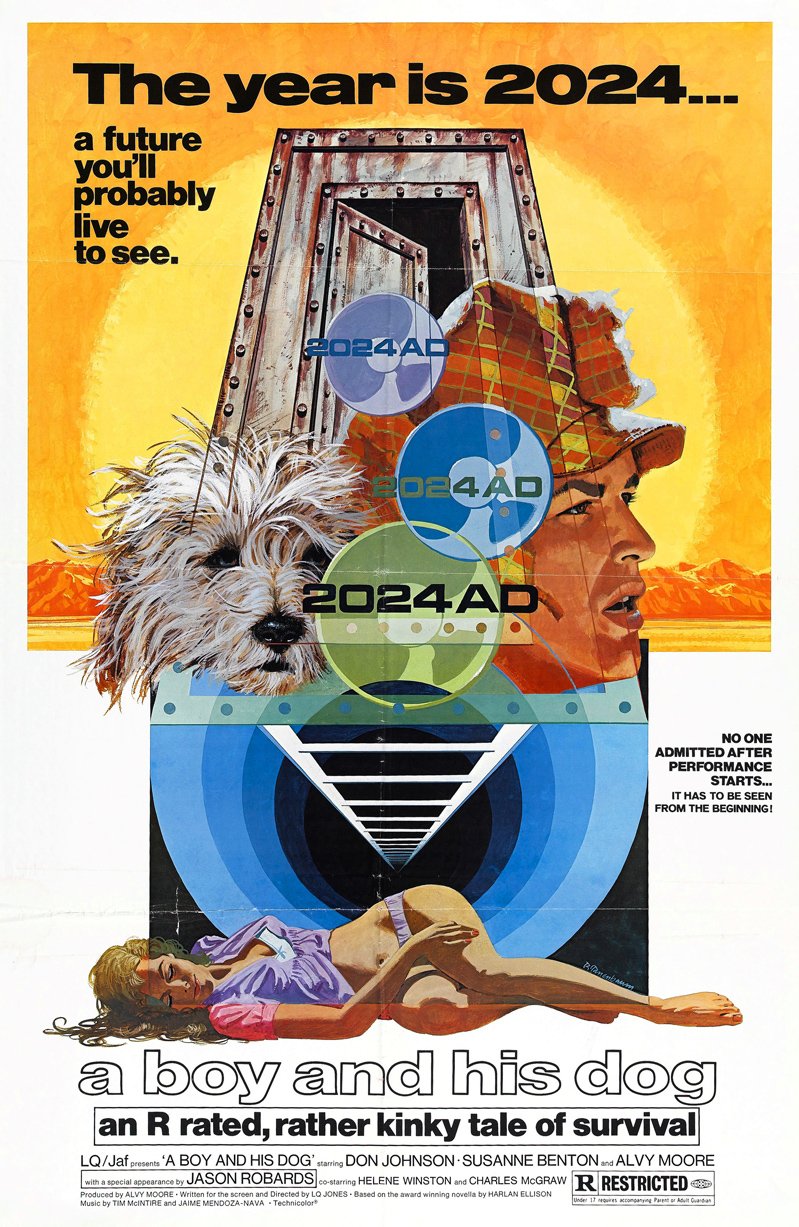 Like so much cold war-era sci-fi, A Boy and His Dog envisages a future world (2024 to be precise) essentially reduced to ashes by nuclear holocaust. But this 1975 directorial debut by veteran actor L.Q. Jones, based on a revered novella by Harlan Ellison, is an imaginative and decidedly offbeat spin on a very familiar scenario. Don Johnson stars as a teenager named Vic, who navigates the bleak reality of post-WW4 life with the assistance of his telepathic dog, Blood (voiced by Tim McIntire).

Vic’s perpetual sexual frustration is established early on, and Blood’s wry, eloquent teasing of his owner is a comic highlight: “I’d be delighted to tell you a suggestive story, if you think that would help.” Alas, the boy’s base impulses prove to be his undoing, as he’s lured by a beautiful woman to a creepy underground city, and held against his will so that he might help replenish its dwindling population – the male residents have been rendered impotent by lack of exposure to daylight. The film oscillates wildly in tone – it’s equal parts absurdist comedy and dark meditation on the dehumanising effect of widespread atrocity. Ultimately, it has far more in common with Cormac McCarthy’s The Road than you might expect from a film that features a talking dog as one of its protagonists. 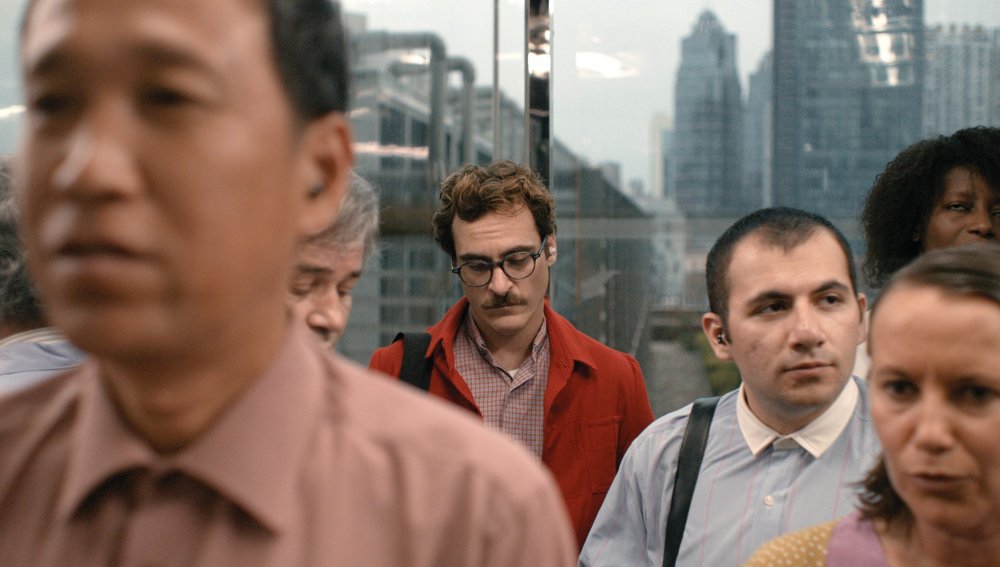 Jason Reitman’s new film Men, Women, and Children is a well-intentioned but ultimately heavy-handed exploration of the impact that modern technology may be having on human sexuality. It’s unfortunate for Reitman that Spike Jonze recently offered a far more nuanced and insightful take on the same subject with Her.

The film’s high-concept premise – an introspective loner named Theo (Joaquin Phoenix) falls in love with a Siri-like computer operating system named Samantha (Scarlett Johansson) – led many to expect a whimsical cautionary tale about the dangers of living a digital life. Instead, we’re treated to a movingly melancholic portrait of a near future (2025) in which people, quite understandably, turn to technology to make meaningful connections in an increasingly solipsistic society. Theo and Samantha’s romance is rendered profoundly poignant by her physical absence, and will strike a particular chord with anyone who’s struggled to sustain a long-distance relationship. 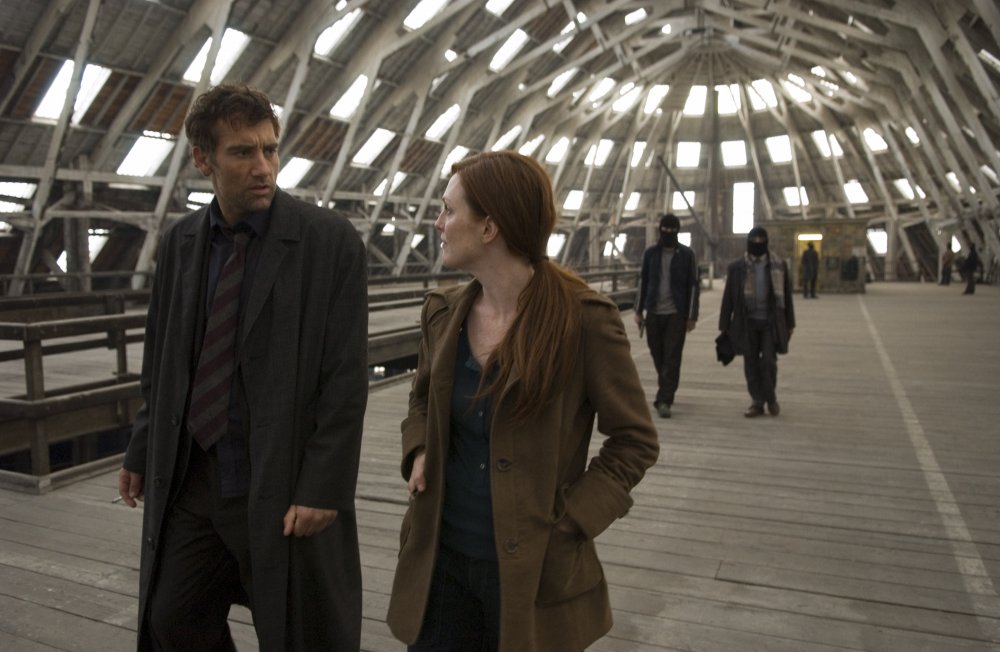 Earlier this year, Alfonso Cuarón’s Gravity became the first science fiction film in history to pick up a best director Oscar. But while that blockbuster space opera is undoubtedly a technical tour-de-force, Cuarón’s previous film remains a far more profound and substantial addition to the genre.

Based on the dystopian 1992 novel by P.D. James, the film envisages a near future (2027) in which humanity teeters on the brink of extinction, following 18 years of global infertility. Its vision of a totalitarian London, in which illegal immigrants are rounded up like wild animals and committed to prison camps, unfurls like a Daily Express-induced fever dream – although perhaps this isn’t a million miles away from how things might look like under a Ukip government.

The unremittingly grim premise is leavened by a sly sense of humour, and its elaborate single-shot action sequences are among the most audacious and thrilling in modern cinema. 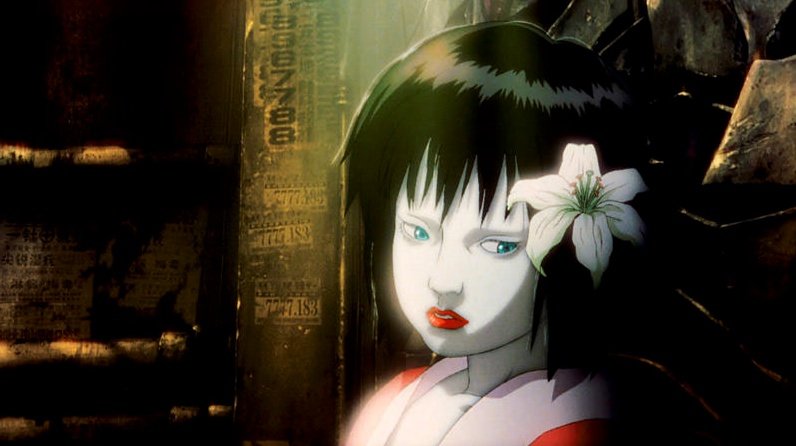 The original Ghost in the Shell (1995), adapted from Masamune Shirow’s seminal manga series, remains, alongside Akira, one of few widely-known anime films in the west, due in part to its reputation as a major influence on The Matrix (1999). However this indirect sequel (set in the year 2032) offers an even more compelling vision of an alternate near-future Japan, thanks largely to its exquisitely elegant blending of traditional hand-drawn animation and CGI.

It initially feels more grounded and straightforward than its action-oriented predecessor, with a Blade Runner-inflected plot that sees cyborg cop Batou probing a series of mysterious deaths caused by malfunctioning female sex robots, and a more explicit concern with real-world issues like big business corruption and cyberterrorism. But things soon take a turn for the surreal, as the boundaries between the real and digital worlds begin to blur, and Batou’s investigation takes on an altogether more existential aspect. 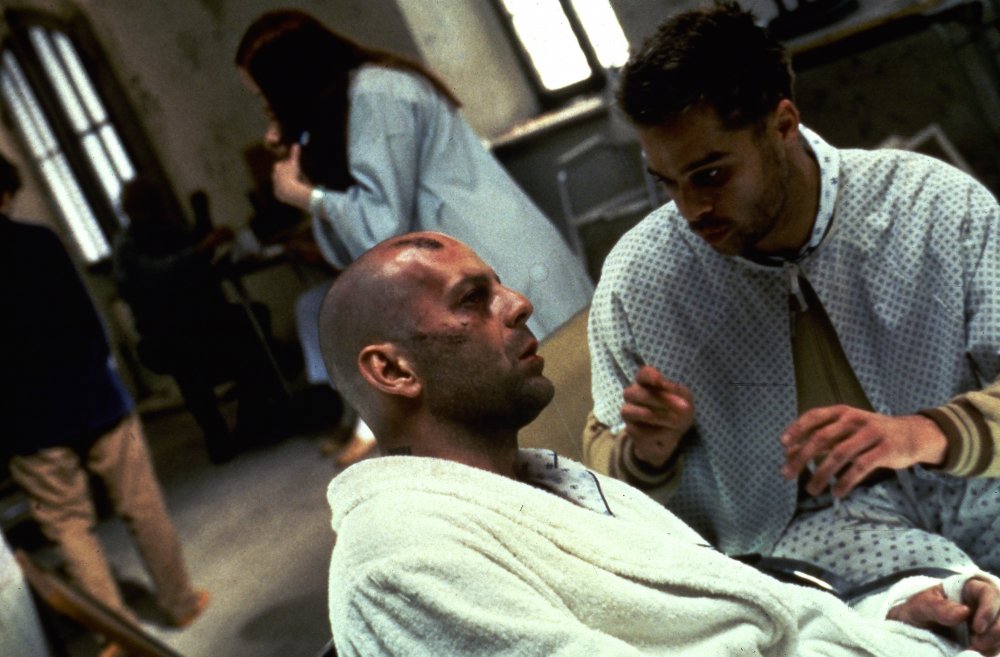 Terry Gilliam’s inventive reworking of Chris Marker’s classic short film La Jetée (1962) remains the director’s biggest box office hit. It’s also one of his most fully-realised achievements, a breathlessly paced and visually playful time-travel romp that revels in its own mind-bendingly paradoxical narrative. Bruce Willis, riding high on the wave of adulation that greeted his appearance in Pulp Fiction a year earlier, is terrific as James Cole, a criminal sent back in time from 2035 to prevent the initial outbreak of a catastrophic virus.

The film also proved a major early showcase for the talents of Brad Pitt, netting him his first Oscar nomination for his gloriously over-the-top supporting turn as mental patient Jeffrey Goines, whom Cole encounters after he is accidentally sent back to Baltimore in 1990, and subsequently institutionalised. Pitt’s exaggerated physicality and hyperactive anti-consumerist rants strongly call to mind his subsequent performance as Tyler Durden in Fight Club (1999), considered by many to be his defining screen role.