10 great films set in the Arctic and Antarctica

Sub-zero peril, real-life adventure and shapeshifting monsters all feature in our list of some of the best movies set at the North and South Poles. 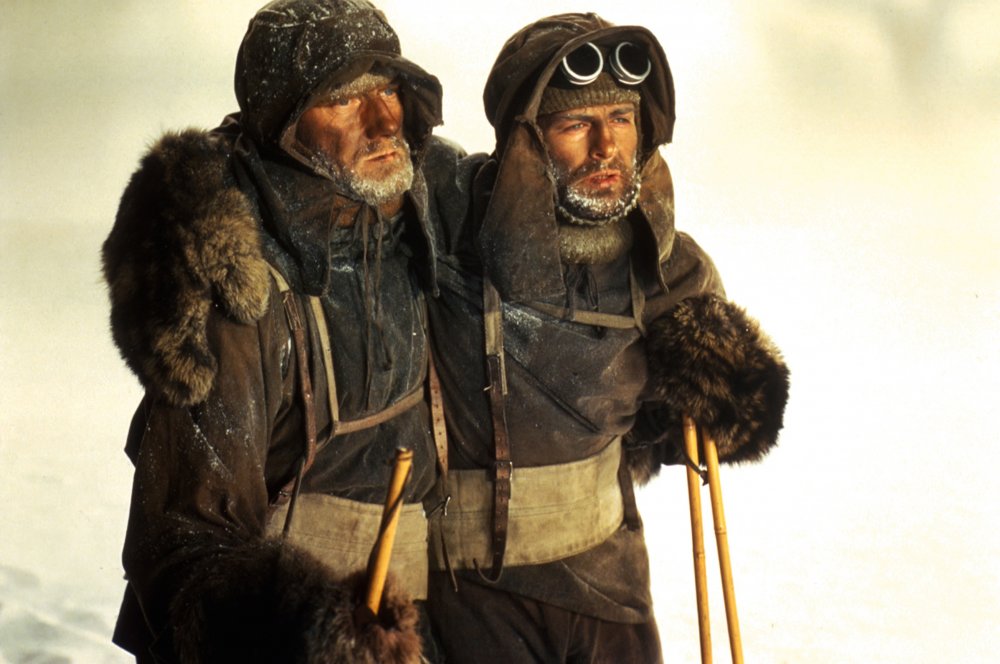 With a white Christmas for the UK once again looking unlikely, if it’s snow you’re after – or even a photogenic approximation piled high on a west London soundstage – you could do worse than pay a visit to the Royal Geographic Society on 20 December. The estimable venue in London’s Kensington will be hosting a screening of the 2K restoration of Charles Frend’s Scott of the Antarctic, made in 1948 for Ealing Studios.

A huge undertaking for the studio, the film would be one of Britain’s first Technicolor features, with cinematography from the legendary Jack Cardiff to prove its chief selling point. Cardiff and his team dragged the cumbersome camera equipment through Swiss and Norwegian locations, framing shots according to footage taken by Herbert Ponting on expedition with Captain Scott back in 1912.

While undoubtedly a product of its time – made before Scott’s reputation underwent a degree of revision – there’s plenty to savour in its telling of upper lips frozen stiff. A boy’s-own adventure yarn of tragic, foolhardy grandeur, its cinematic ambition is plain to see thanks to the recent restoration.

Following the screening, serial pole-botherer and Scott biographer Sir Ranulph Fiennes will be on hand to answer questions on his subject’s ill-fated expedition, and perhaps even his own brushes with filmmaking – most famously his dynamiting of Richard Fleischer’s Doctor Dolittle set back in 1967.

For those who can’t make the event itself, we’ve picked out 10 further films for armchair explorers. So wrap up warm for our list of icily brilliant films set within the Arctic and Antarctic circles… 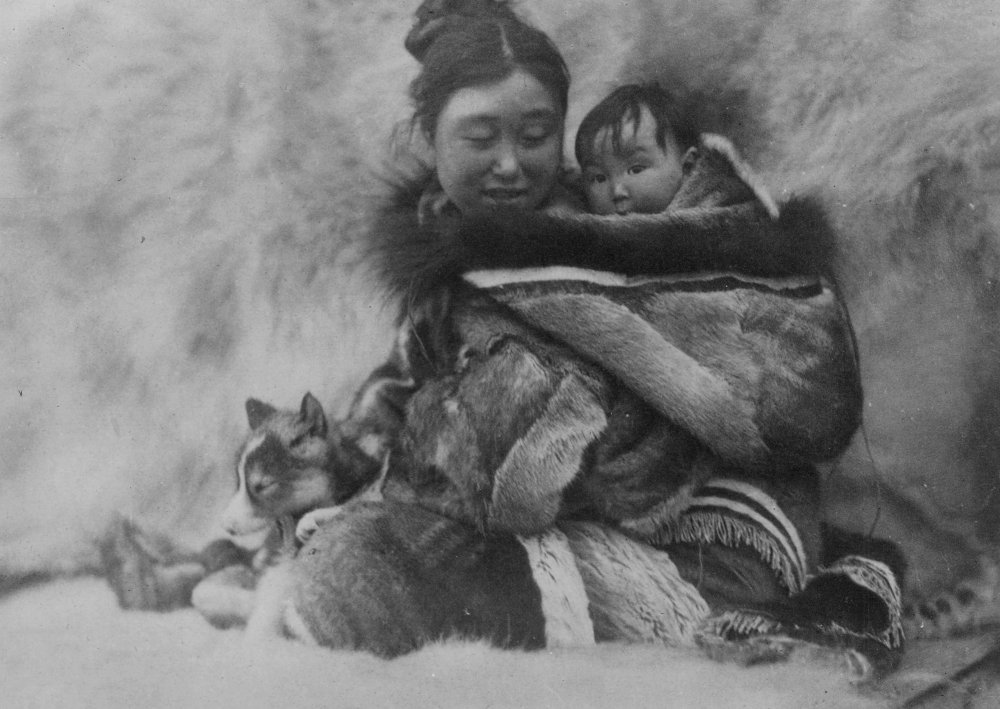 Ground zero for questions of ethics in documentary filmmaking, Nanook of the North’s controversial reputation is down to the long shadow cast by questions of its authenticity. Sure, Robert Flaherty staged events and facilitated on-screen illusions, blurring objective truths for verisimilitude of effect, but the effect remains – a reconstructed facsimile of the lives of “Nanook (The Bear), his family and little band of followers, ‘Itivimuits’ of Hopewell Sound, Northern Ungava” that never loses sight of its humanity. Struggles of filmmaker and protagonist are synthesised as one breathtaking sequence follows another, the ‘truth’ of the matter increasingly abstracted in a hostile landscape’s indifferent glare. 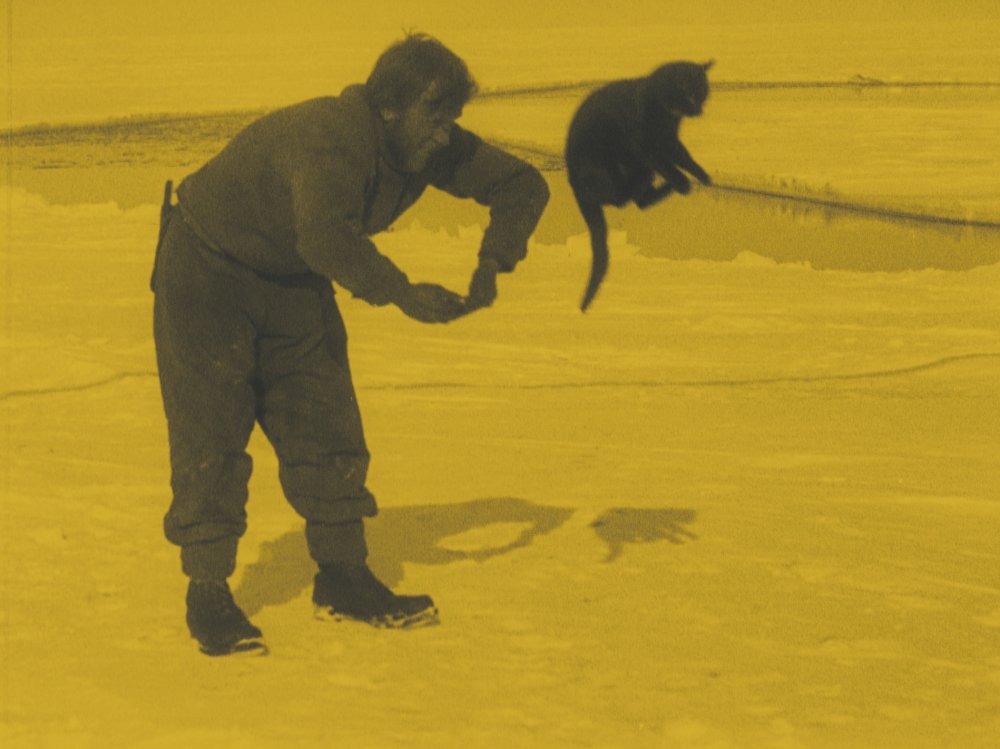 Until a restoration by the BFI was unveiled at the London Film Festival in 2010, the footage of The Great White Silence had been unseen since the 1950s. The official document of Captain Scott’s fateful expedition to the South Pole, captured by the self-taught filmmaker Herbert G. Ponting, it was previously reconstituted into the more widely seen feature, 90 Degrees South (1933), trimmed down and narrated by Ponting himself.

The restored tint and HD master afford a time-travelling immediacy to the early stages, from the Terra Nova’s entrapment in the pack ice to the preparations made for what would be a tragic attempt at the pole. Ponting’s camera could only go so far, of course; what begins with staged constructions of Scott’s five-man team ends with photographs, simple animation and excerpts from Scott’s diary. Not just an essential historical document but a moving early masterclass in documentary storytelling. 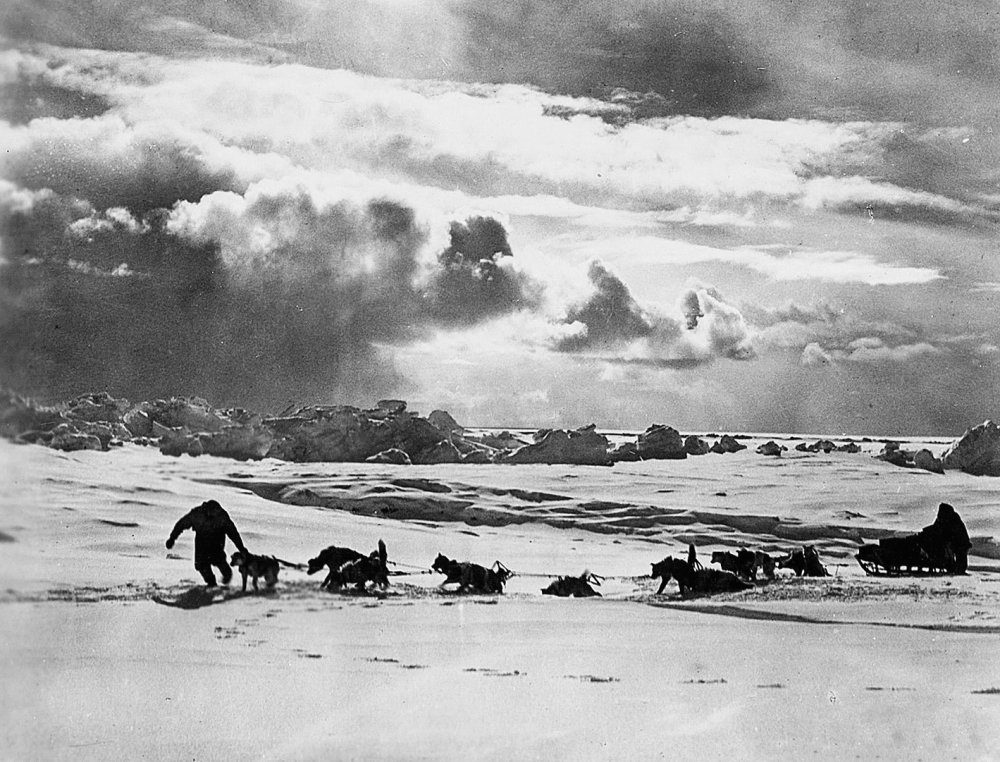 With the other true-life polar attempts on our list ending in tragedy or without success, it seems we ought to include a more uplifting documentary account. If Admiral Richard E. Byrd is to be believed (his flight diary has been called into question in recent years), he was the first pilot to fly across the South Pole, in 1929, four years after having completed a similar mission at the North.

The film itself – largely silent, save for a narrated account of the flight – was funded by Paramount, who sent cameramen Joseph Rucker and Willard Van der Veer along to document Byrd’s attempt. They’d take home the third Academy Award for cinematography the following year, just as New York Times reporter Russell Owen was awarded the Pulitzer for his newspaper coverage. 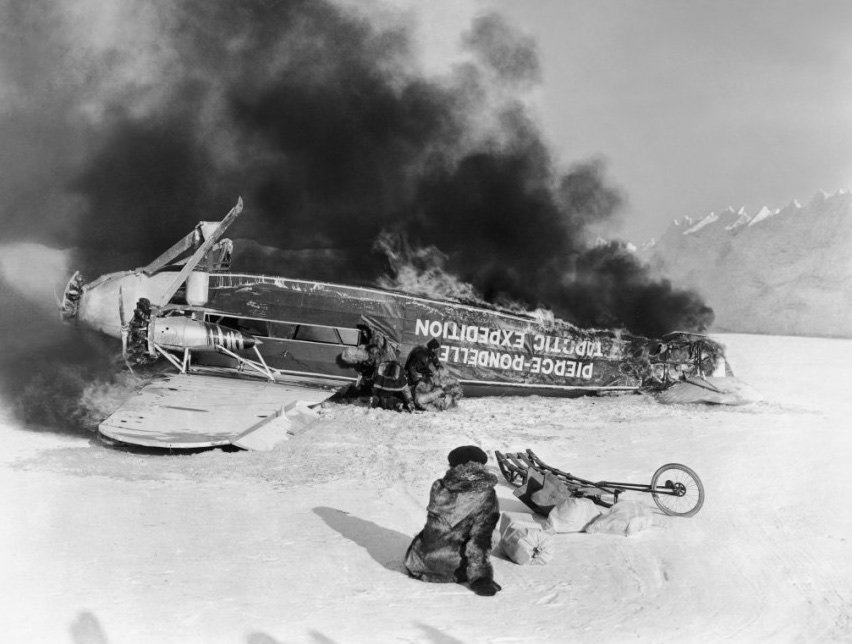 “I’m going to the South Pole! Me and my gas bag!” announces Jack Holt early in Frank Capra’s Dirigible. Following in the narrative vein of his earlier adventure films with the actor, Submarine (1928) and Flight (1929), and perhaps inspired by With Byrd at the South Pole, Capra digs into his little black book of US navy contacts to facilitate some impressive aerial escapades.

Pre-code and pre-Hindenburg, Dirigible falls somewhere between military-tech propaganda and proto-blockbuster. If the romantic elements on terra firma (featuring a great pre-King Kong Fay Wray) tend to bring proceedings to a halt, the barnstorming spectacle of the action sequences more than make up – not least a first disaster that sees the dirigible taken out by a violent electrical storm. A plane crash lands us firmly in Scott territory, complete with Captain Oates-like honourable sacrifice as a wounded man crawls to certain death to spare his comrades. 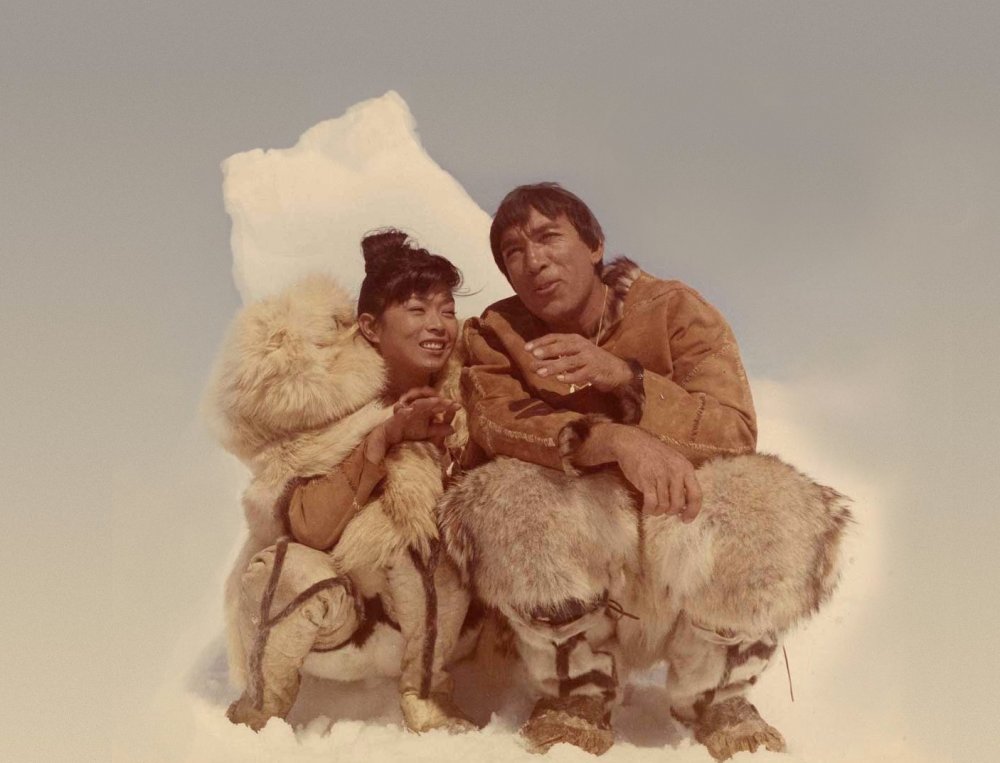 Nicholas Ray makes explicit his debt to Flaherty early in The Savage Innocents, his film starring Hollywood’s all-purpose ethnic character actor Anthony Quinn as Bob Dylan’s favourite wife-swapping eskimo. Comprised of an often stunning mix of studio and location filming, there’s a formalised artifice to the film that swaps the purportedly subjective approach of Nanook of the North for something more critically objective.

It was released on 70mm, with widescreen compositions that tip their hat to John Ford and even Michelangelo Antonioni (it was an Italian production, accounting for the strange dubbing of Peter O’Toole). Rich in ethnographic detail, and with a career-best performance from Quinn, the film may not be going for Flaherty’s pseudo-realism, but it achieves something equally profound. 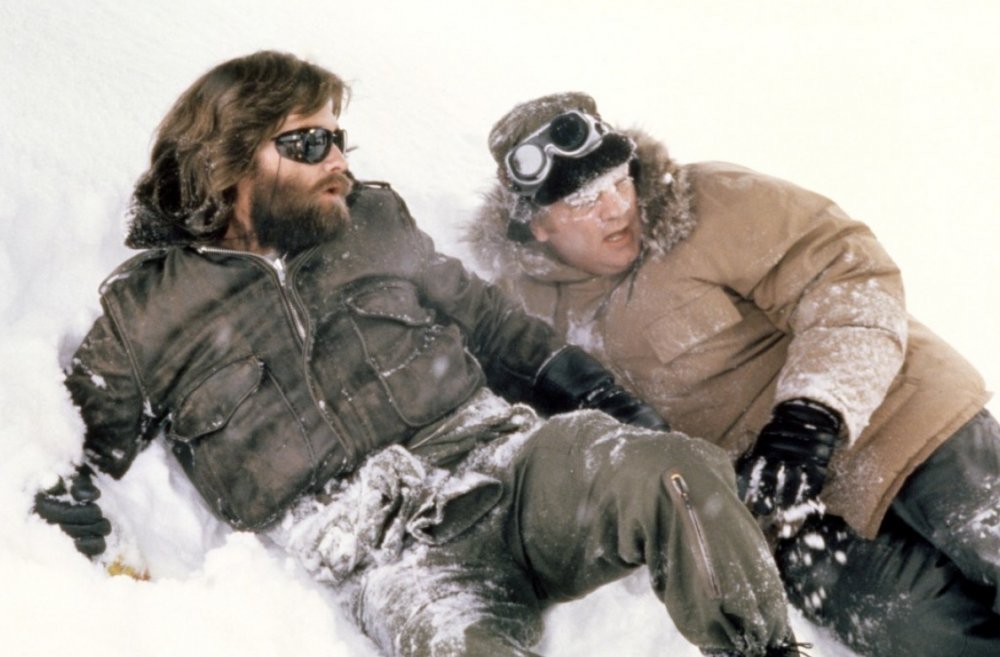 In the unlikely event that the painted backdrops and frequent process shots of some of the earlier films on our list don’t give away their studio locations, odds are that the absence of visibly frozen breath under the halogen lamps will. The final scene of John Carpenter’s masterful Antarctic shocker suggests a more insidious reason for MacReady’s (Kurt Russell) ample puffing compared with fellow survivor, Childs (Keith David).

Literally poles apart from its predecessor – Christian Nyby’s (via Howard Hawks) take on the John Campbell Jr story was set at the North Pole – we’ll leave you to fight among yourselves as to which of the films is the greatest, but it’s worth noting that Matthijs van Heijningen Jr’s 2011 prequel isn’t unworthy of your time either. 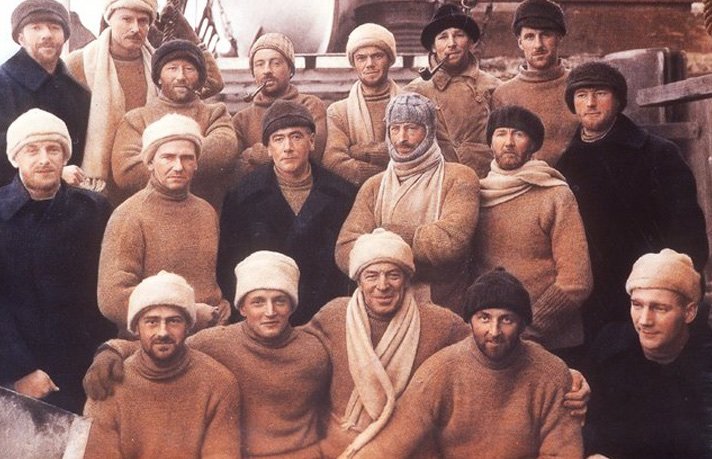 Purists might wish to turn to the 1919 film South (aka Endurance) for the official document of Ernest Shackleton’s unsuccessful attempt on the South Pole. That film was shot by Frank Hurley, with the rights to the footage playing a key role in funding the expedition itself. Hurley’s film could only tell half the story though, stopping short of Shackleton’s 800-mile journey aboard the James Caird to South Georgia.

George Butler’s compelling documentary incorporates much of the footage from South, through to the destruction of The Endurance. Thereafter, a combination of contemporary reconstruction, still photography and interviews with descendants of the expedition’s survivors bring the story to a close. The result tells an extraordinary feat of survival and maritime daring, but one that stops short of telling Shackleton’s full story, the post-expedition failures and foolhardy restlessness that would lead to his death at the scene of his greatest endeavour. 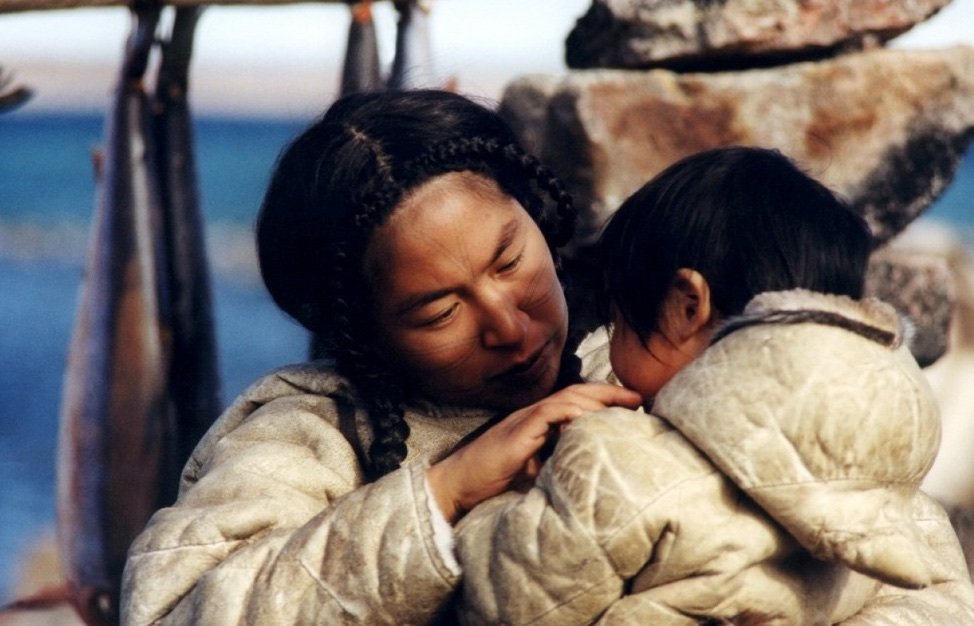 Conceptually the polar opposite of the likes of The Savage Innocents, Zacharias Kunuk’s Atanarjuat – The Fast Runner returns to Flaherty’s subjectivity of focus. The first Inuktitut-language film, shot almost entirely with Inuit cast and crew on digital cameras, it’s a retelling of a 1,000-year-old legend of Shakespearean proportions.

The documentary approach to capturing the lives of its characters in the film’s early stages offers few concessions to western eyes, but the emergence of a classical narrative soon instils an epic scope and thematic heft to proceedings. With murder, rape, patricide, banishment and some very fast running, events match the forbidding scale of the landscape, while painting a psychologically claustrophobic portrait of a community at the end of the earth. 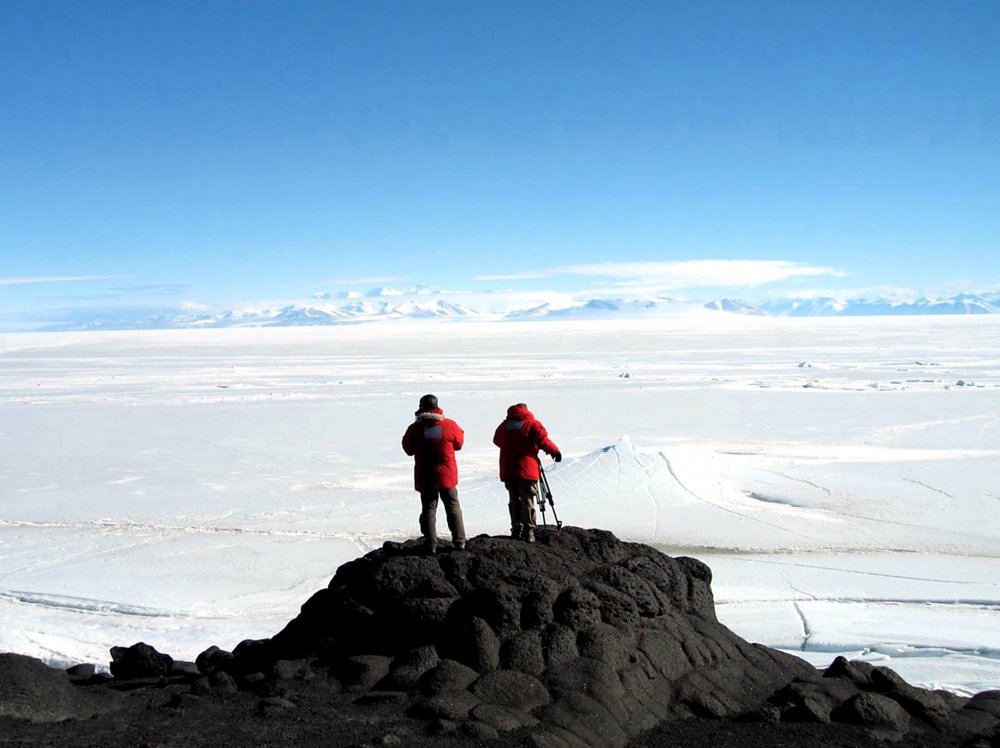 “Who were the people I would find in Antarctica? What were their dreams?” Werner Herzog trains his singularly quizzical eye on the inhabitants of the McMurdo Station in Antarctica, a muddy hell for which he shows atypical disdain. He’s on better form out in the wilds, more simpatico with the volcanologists and hermetic penguin-counters, or capturing the frozen ceiling of a subglacial ‘cathedral’.

“I would not make another film about penguins,” he hisses. “My questions about nature… were different.” Of course, Herzog’s penguins are different too, or at least one is – the one consumed with suicidal madness, on a different march to his Oscar-winning chums. 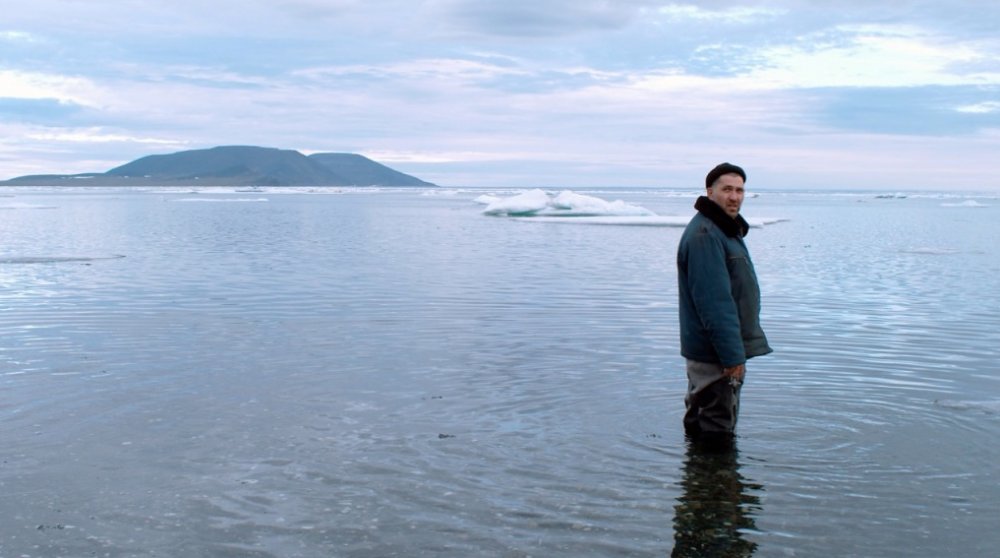 It’s not just the northern Siberian wilderness that’s keeping relationships frosty between the duo at the centre of How I Ended This Summer. What begins as a study in isolation and psychological brinkmanship soon takes a turn for the physical as communications between the pair break down and a game of cat and mouse kicks in.

Sadly, we’ve not heard a peep from Russian filmmaker Aleksei Popogrebsky since his terrific Arctic thriller took the best film prize at the London Film Festival in 2010. He expertly ratchets tension in the latter stages, never losing his keen eye for the landscape. If he never finally reconciles the ambiguities at the film’s close, the piling of increasing absurdities – from rampaging polar bear to radioactive kippers – serve up ample compensation.