Witch-hunts, warfare and wigs: the 1600s offer plenty of drama for period filmmakers. Here are 10 great films set in the 17th century. 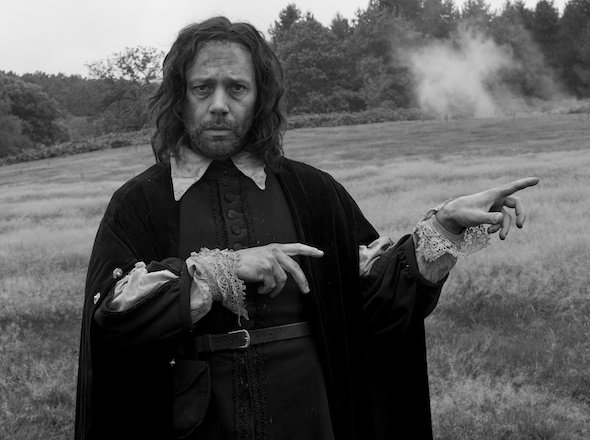 In the 17th century, arts and sciences made huge leaps forward, even as the superstition and brutality of the Middle Ages lingered on, warping into corrupt new forms.

It’s the century when Isaac Newton formulated his laws of gravity and motion, part of the Scientific Revolution that also saw the invention of the telescope, the microscope and the mechanical calculator. Ice cream was invented. Galileo discovered new moons around the planet Jupiter. The King James Bible was first published. Rembrandt worked toward a new subjectivity in painting. René Descartes thought, therefore he was.

But in Britain alone, it’s a century that also saw the protracted carnage of the English civil war, the pestilence of the Great Plague of London and the Great Fire that followed it, while widespread hysteria about witchcraft empowered men like Matthew Hopkins to stalk the countryside on a puritanical purge of suspected witches.

It’s into this dark world of violence and mysticism that Ben Wheatley plunges us in his new film, A Field in England, set in the aftermath of a civil war battle as a small band of deserters makes its way through the undulating English countryside on a treasure hunt. Nourishing themselves with hallucinogenic mushrooms, the men descend into a nightmare of paranoia and infighting, oblivious to the mysterious power of the thing they seek.

To whet appetites for the film’s multi-platform release on 5 July, when the film will be screened in cinemas and on TV and be available on DVD and video-on-demand, we’ve picked out 10 must-see films set during this turbulent period. 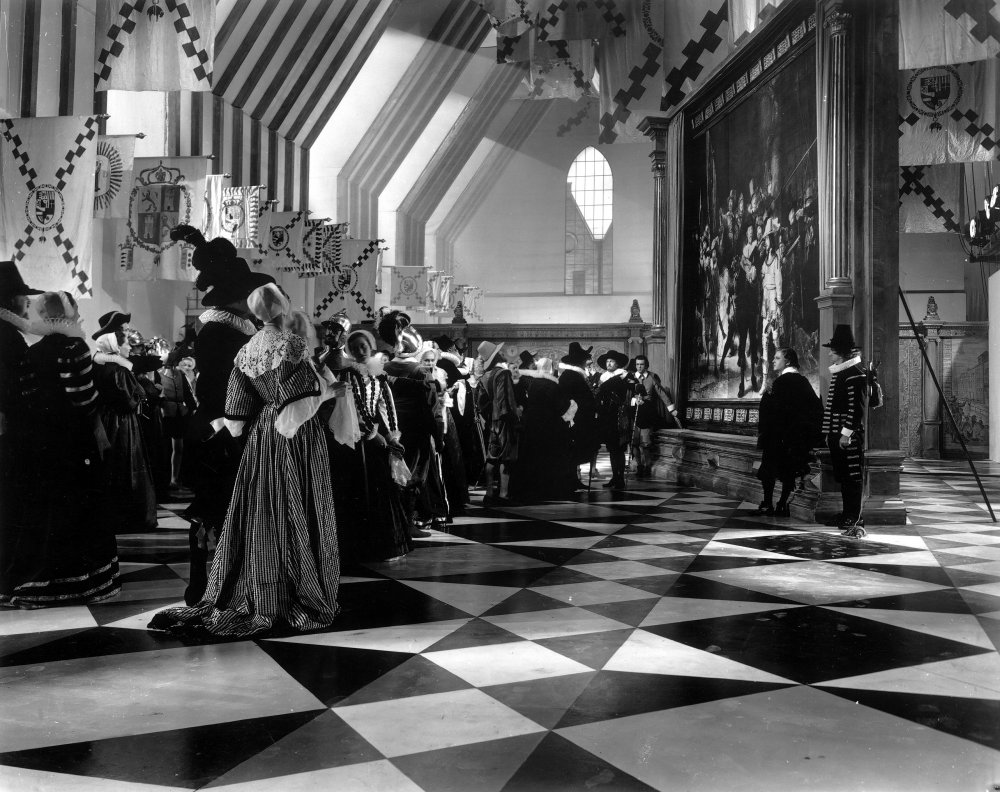 One of the most important producer-directors in 1930s British cinema, Hungarian émigré Alexander Korda made a series of historical dramas delving into the private lives of great historical figures. 1933’s The Private Life of Henry VIII initiated the cycle, with a larger-than-life performance by Charles Laughton as one of English history’s most colourful kings.

While follow-ups Catherine the Great (1934), The Private Life of Don Juan (1934) and Rembrandt (1936) failed to ignite the box office in the same way, his Rembrandt biopic is one of the most beautiful period films of its time. Laughton appears again and is on fine form as the stubborn 17th-century Dutch artist who refuses to kowtow to a society that doesn’t understand his mould-breaking art. Meanwhile, the cinematography by Georges Périnal elegantly captures not just the painter’s life and times but also replicates the immersive, shadowy textures of his canvasses. One memorable scene, in which the widowed Rembrandt’s libido is reawakened by the sight of his maid walking up to her bedroom, is a tour de force of florid expressionism. 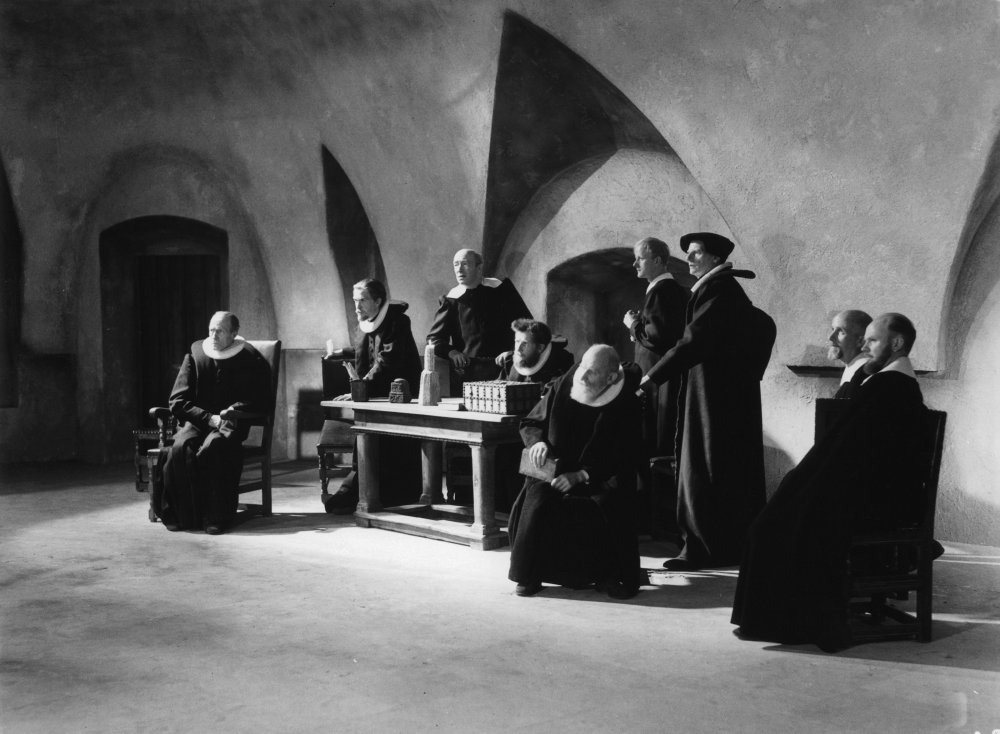 Carl Theodor Dreyer’s Day of Wrath takes place in a beautiful, bucolic Denmark, with painterly, Rembrandt-worthy images of shadow and light capturing the joys of a new spring and the sensual pleasures of a romantic tryst. But fear and suspicion loom over everything. It’s the 1600s and suspected witches are being routed out and burned at the stake. The woman with a glint in her eye, or the one whose laugh has a new inflection – perhaps they’re in league with the Devil?

Often taken as an allegory on the Nazi occupation of Denmark, Dreyer’s sombre masterpiece is the story of a young wife, Anne (Lisbeth Movin), whose ageing husband and censorious mother-in-law begin to let themselves believe that she too may be practising dark arts. Playwright Arthur Miller was almost certainly influenced by Day of Wrath when he came to write The Crucible, his acclaimed drama about the Salem witch hunts. 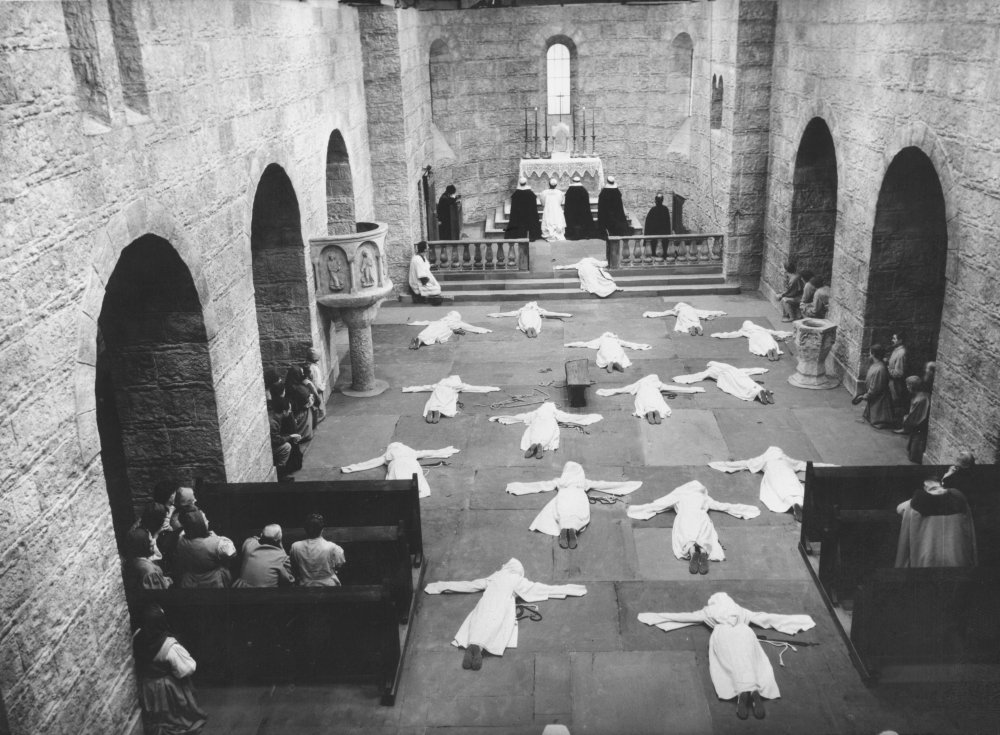 This profoundly unsettling Polish drama deserves to be far better known. It’s set in a 17th-century convent, where a local priest has recently been burned at the stake, and Mother Joan (Lucyna Winnicka) and her fellow nuns appear possessed by the Devil. Father Suryn (Mieczyslaw Voit) arrives to investigate, within an atmosphere of fear and paranoia, and finds himself drawn inexorably into the nightmare.

Based on the infamous Loudun possessions at a convent in France in 1634 (also the inspiration for Ken Russell’s 1971 film The Devils), Mother Joan of the Angels compares favourably with Ingmar Bergman’s The Seventh Seal (1957) as a film about spiritual uncertainty in a time of superstition. Making brilliant use of the stark setting, director Jerzy Kawalerowicz fills his frame with chilling black-and-white imagery and disorienting visual effects, with actors crossing the shot from unexpected places, contorting themselves into berserk, Satan-riddled poses, or simply staring deep into the camera as if into our own souls. 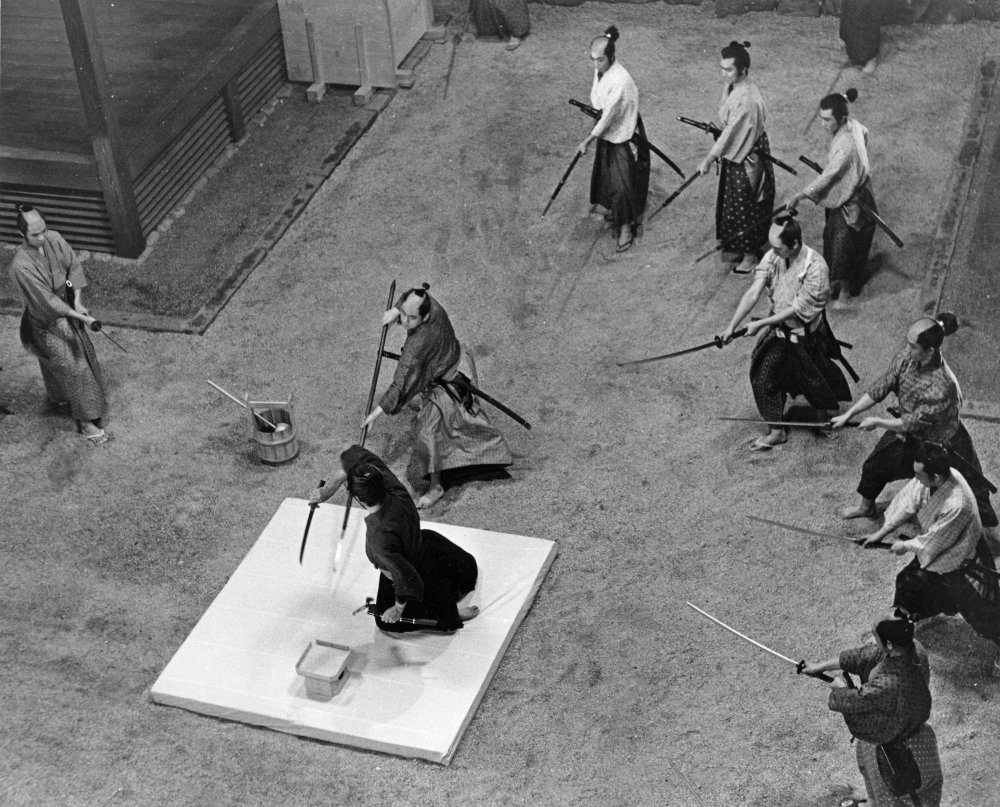 In Japan, the 1600s saw the beginning of the Edo period (1603-1868), a time of social order, economic isolationism and the decadent ‘floating world’ culture of brothels, tea houses and theatre. Masaki Kobayashi’s Harakiri is set in 1630 and begins with wandering samurai Tsugumo Hanshiro (Tatsuya Nakadai) arriving at the estate of a feudal lord and requesting permission to commit suicide by harakiri on his grounds – a common means of seeking alms for a disgraced samurai.

After the clan lord attempts to call his bluff with a tale about a previous samurai whom the clan forced to go through with the disembowelment, it becomes clear that all is not as it seems. A battle of wills plays out at the same time as an immaculately observed exchange of politenesses and deference. Amid astonishing widescreen compositions, Kobayashi builds a pressure-cooker atmosphere of impending violence alongside a withering critique of the era’s hidebound social conventions. 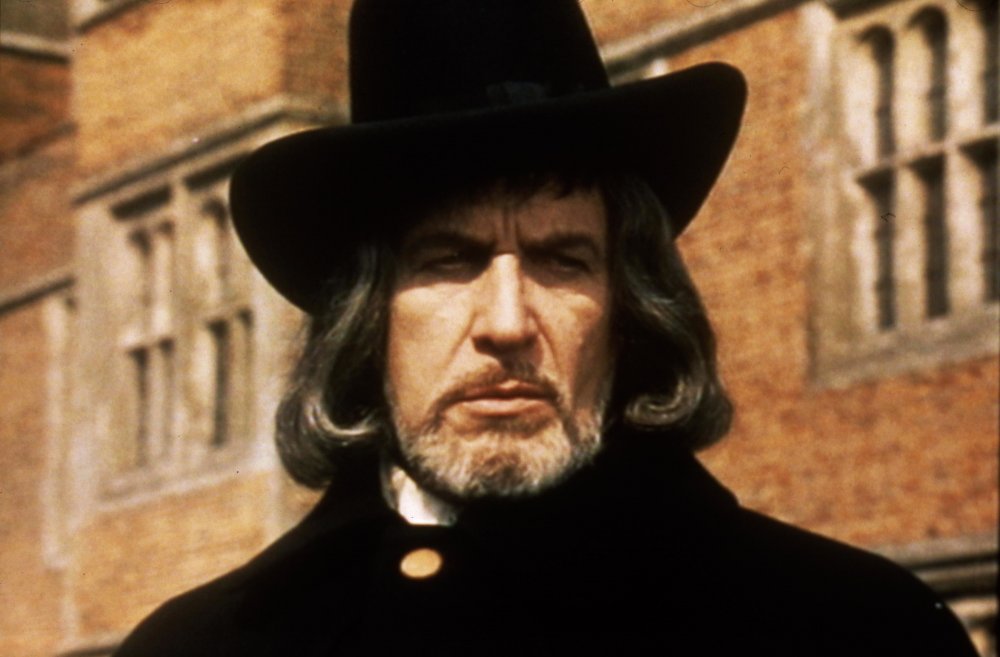 Among British cinema’s most unforgettable dramatisations of the hysteria and unrest of the English civil war period (and a key reference point for A Field in England), Michael Reeves’s film stars Vincent Price as the diabolical 17th-century witch-hunter Matthew Hopkins. Beginning with a bone-chilling hanging scene amid the otherwise idyllic East Anglian landscape, Witchfinder General charts Hopkins’s brutal reign of terror through the villages of eastern England, creating a harrowing allegory on how pervasive superstition and distrust can provide fertile ground for the power hungry.

Only 23 when he directed this, his second film, Reeves died a few months after its release from an alcohol and drug overdose. 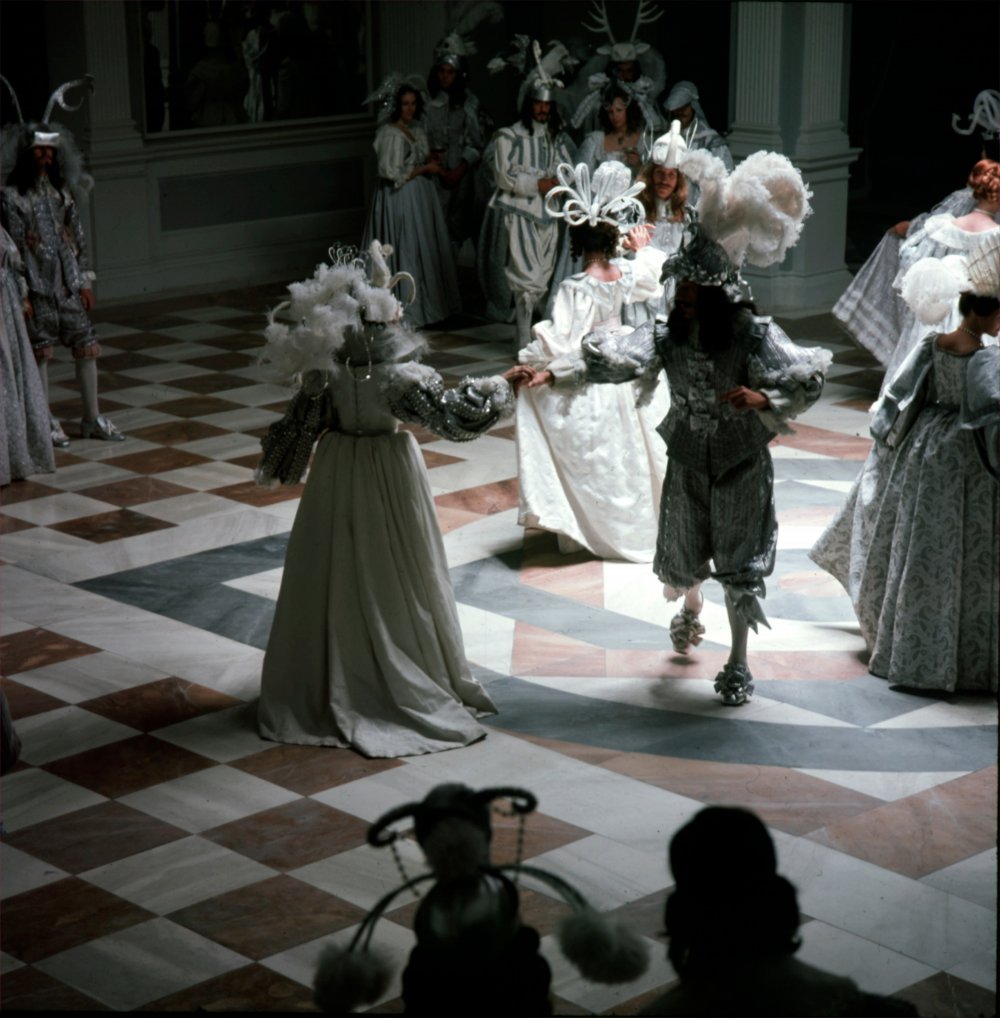 From the birth of cinema to the present day, Alexandre Dumas’ classic novel about conspiracy and derring-do in 17th-century France has been adapted for the screen several times a decade, with Douglas Fairbanks, Gene Kelly, John Wayne, Charlie Sheen, Tom & Jerry and even Barbie appearing as musketeers in one version or another.

In the 1960s, director Richard Lester considered doing a version with The Beatles (who he’d directed in A Hard Day’s Night in 1964), but a few years later ended up settling for Oliver Reed, Richard Chamberlain and Frank Finlay, with Michael York as the fledgling musketeer D’Artagnan. Playing the story simultaneously for laughs and breathless, swashbuckling action, Lester’s film is among the best versions, hugely entertaining in both its rollicking, slapstick irreverence and its colourful recreation of period finery. Christopher Lee, Charlton Heston (as Cardinal Richelieu), Raquel Welch, Geraldine Chaplin and Spike Milligan are among the star-studded supporting cast. 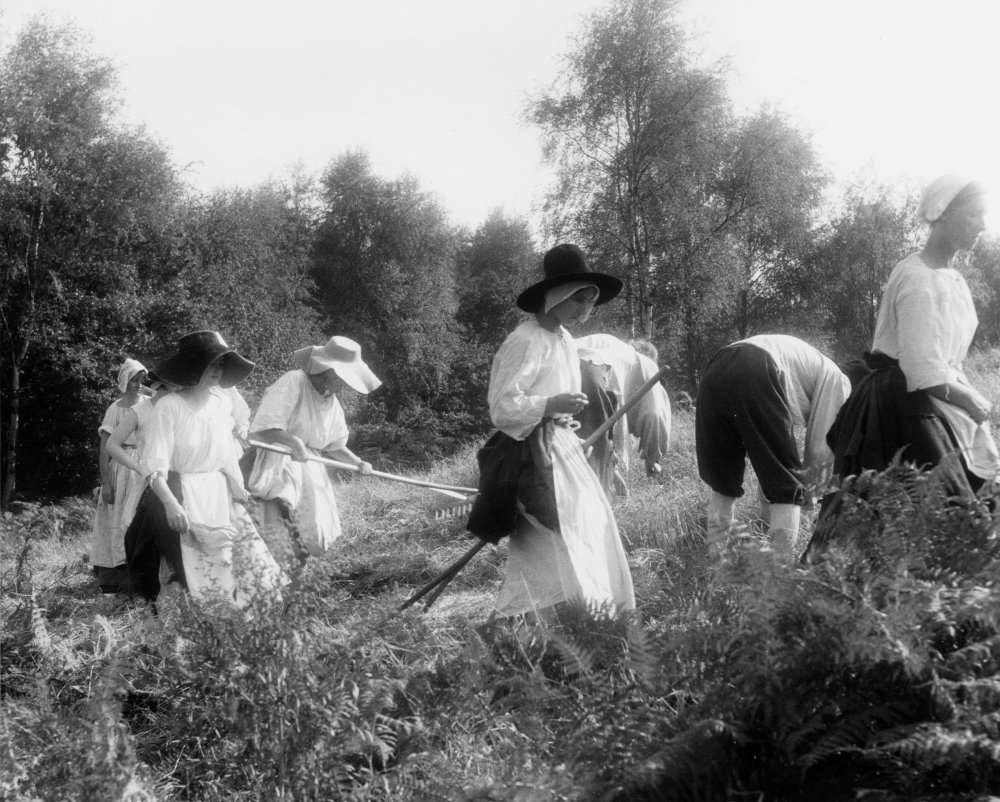 Winstanley’s budget was small, but its achievement is huge. With funding from the BFI Production Board, filmmakers Kevin Brownlow (well known as a historian of silent cinema) and Andrew Mollo told the story of a radical moment in English history, in the aftermath of the civil war, when Gerrard Winstanley and his impoverished band of ‘Diggers’ made a claim for the rights of man by starting an encampment on common land.

Unlike many period films, where the specifics of the time are sometimes lost beneath pretty costumes and production design, this inspiring one-off puts the idealism and politics of its unassuming renegades front and centre – with Winstanley (played by schoolteacher Miles Halliwell) reading passages from the actual pamphlets that the Diggers distributed at the time. Yet it’s also an extraordinarily beautiful film, with black-and-white close-ups of its amateur actors’ faces and long shots of the rolling, windswept majesty of the British countryside harnessing some of the elemental force of the best silent films. 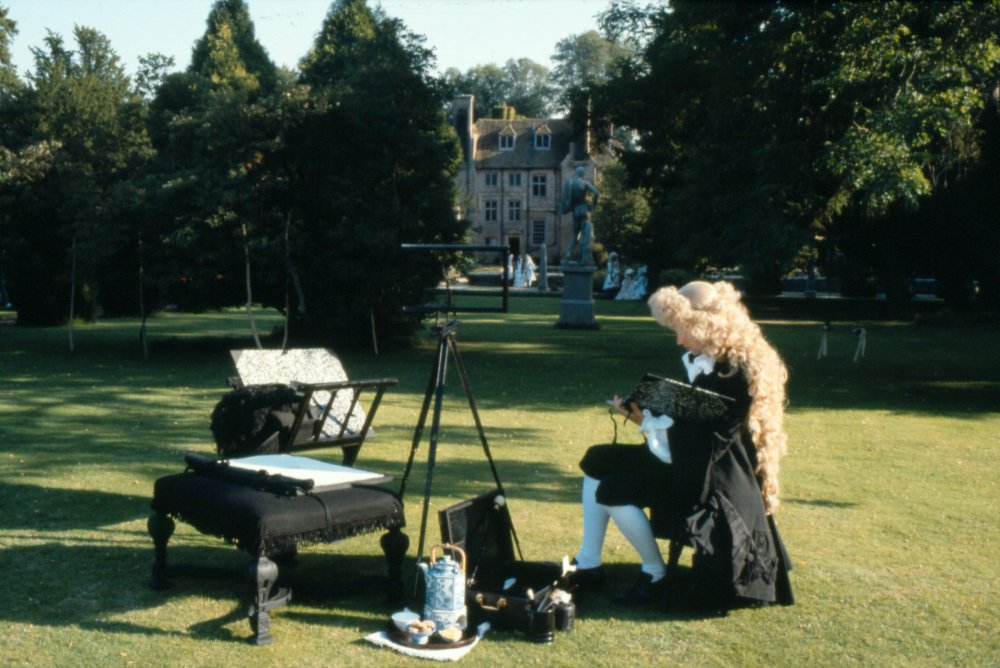 England, during the reign of William and Mary. Mr Neville (Anthony Higgins), a dashing artist, is assigned by Mrs Virginia Herbert (Janet Suzman) to draw up 12 plans of her husband’s country estate. In return – their contract states – she will agree “to meet Mr Neville in private and to comply with his requests concerning his pleasure with me”. What begins as a saucy exchange of sex for sketches deepens into an English country-house mystery like no other. 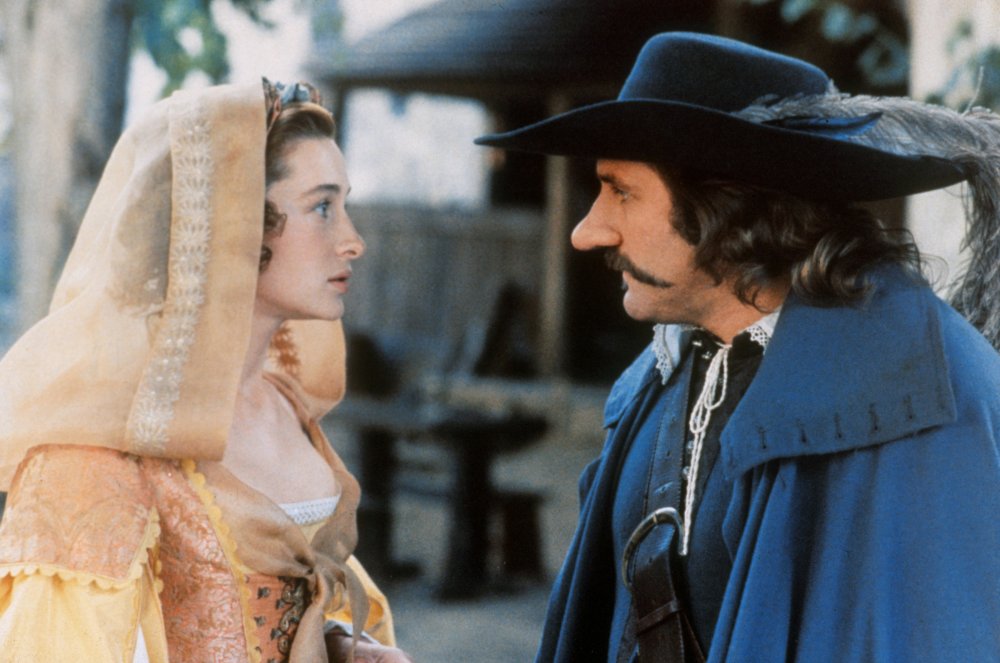 Edmond Rostand’s 1897 play Cyrano de Bergerac immortalised the image of the eponymous 17th-century poet and soldier as the big-nosed lonely heart whose love for his beautiful cousin Roxane goes unrequited. Numerous film adaptations have followed (with Steve Martin donning the prosthetic nose for the 1987 update Roxanne), but this big-budgeted and wildly popular 1990 version remains a high-water mark in France’s heritage-film tradition.

In a role he was born to play, Gérard Depardieu strikes a perfect balance between charismatic swagger and heartbreaking pathos, throwing himself into the dexterous wordplay of Rostand’s rhyming couplets, for which the English subtitles reproduce Anthony Burgess’s celebrated translation. 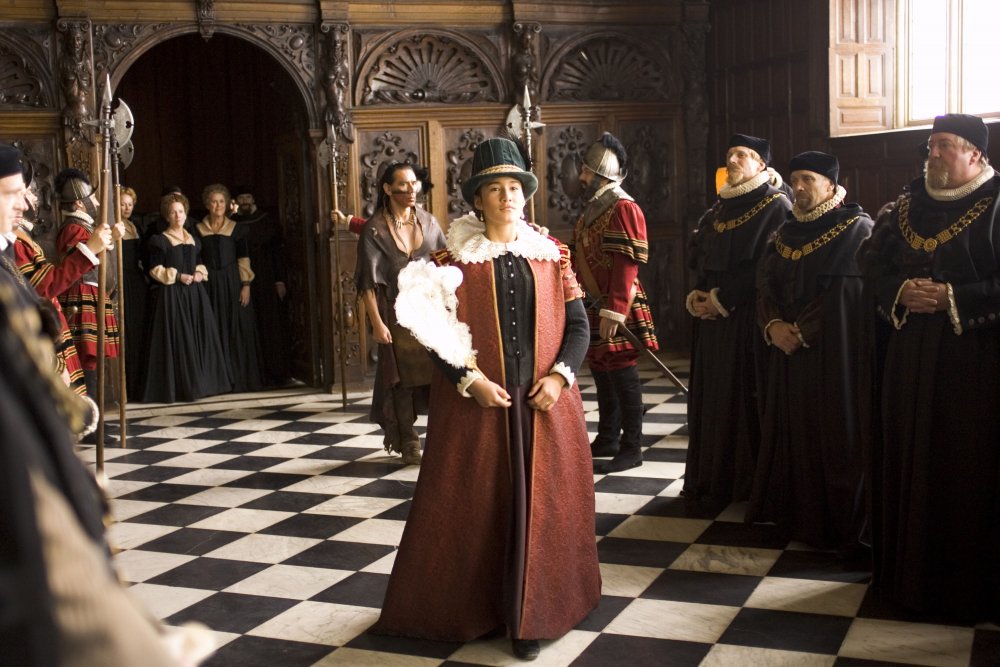 A century on from Christopher Columbus’s discovery of America in 1492, the virgin continent remained a vast world of promise for European settlers – even as their escalating exploitation of the land signalled a terrible threat for its indigenous peoples. Centring on the romance between Jamestown pioneer Captain Smith (Colin Farrell) and the native Pocahontas (Q’orianka Kilcher), Terrence Malick’s 2005 Age of Discovery epic is a return to the director’s favourite theme: the fall from Paradise.

From its stirring opening, as the arrival of pioneer boats is observed from the shoreline by inquisitive tribespeople, The New World is a richly poetic elegy for an earthly Eden, in which the human drama of love, progress and civilisation plays out amid a holistic vision of a natural world that their influence will change forever.