He’s made some of the best-loved films of the modern era, but which movies have made Spielberg himself tick? 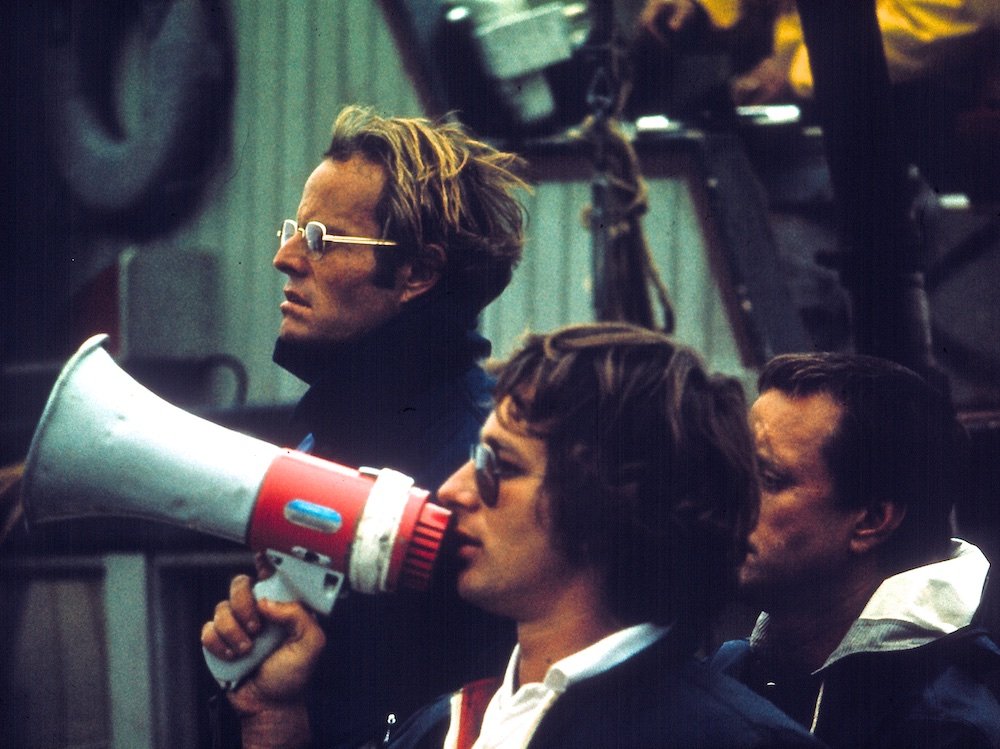 When we assess the career of Steven Spielberg, it’s usually in terms of the colossal influence he exerts on his peers and the industry at large. How he invented the summer blockbuster with Jaws (1975), ushered in the CGI era with Jurassic Park (1993), and revolutionised the depiction of filmed combat with Saving Private Ryan (1998).

However, he’s often quick to propagate the notion of himself as a humble craftsman, rather than an egotistical auteur or Hollywood trailblazer. In an interview with the American Film Institute (AFI), he said: “I’ve always envied filmmakers like Scorsese, who make quintessential Scorsese pictures. I’ve never felt that of myself, I never felt I had a style.” Certainly, his directorial approach is always in service of the story he happens to be telling – very rarely does he draw unnecessary attention to himself as the man behind the camera. As such, he’s a filmmaker that blends his influences seamlessly into his work, as opposed to the likes of fellow Movie Brat Brian De Palma, who wears them loudly and ostentatiously on his sleeve.

Which is not to say that it’s hard to pinpoint Spielberg’s sources of inspiration. In keeping with his nice-guy image, he frequently generously credits the influence of his filmmaking heroes. And with a filmography that spans everything from slapstick comedy to harrowing Holocaust drama, he’s cribbed from a fairly eclectic range of great films over the course of last 45 years. Here’s a handful of the finest. 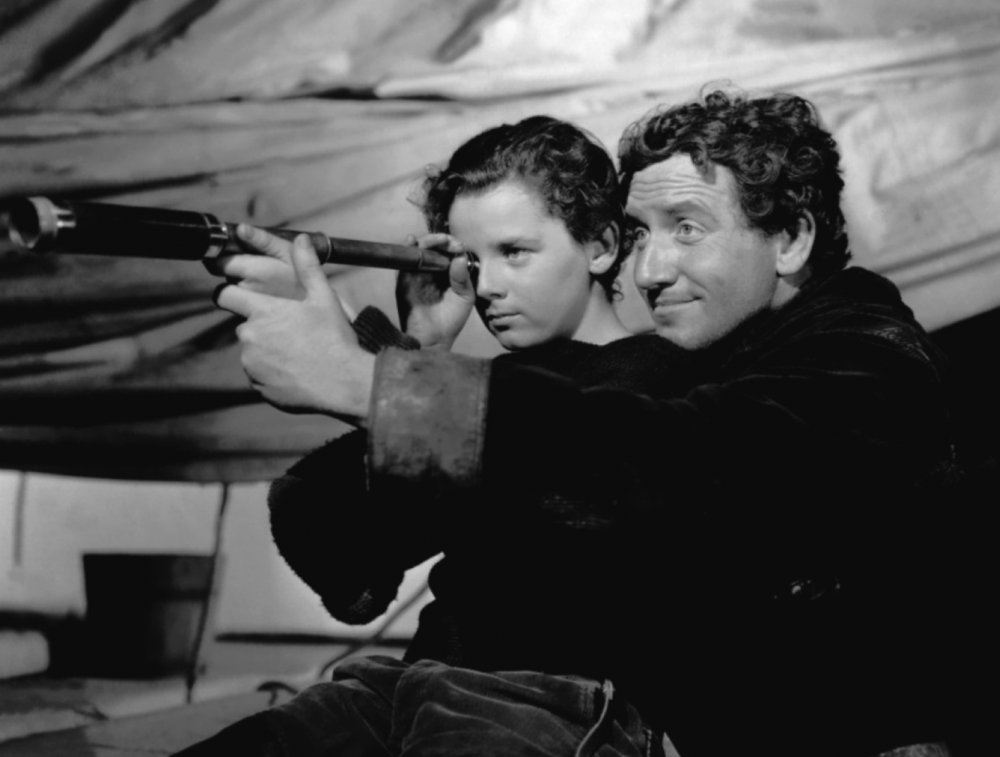 Cited by Spielberg as a personal favourite, Victor Fleming’s effortlessly assured adaptation of Rudyard Kipling’s 1897 novel tells the tale of Harvey Cheyne (Freddie Bartholomew), the obnoxious young son of an outlandishly wealthy, emotionally remote business magnate (Melvyn Douglas). Suspended from boarding school for a series of comically Machiavellian transgressions, Harvey is forced to join his father on a transatlantic steamship trip. But his life takes a dramatic turn when he falls overboard and is rescued by Portuguese fisherman Manuel (Spencer Tracy).

As Harvey is subjected to a decidedly tough new existence aboard a humble fishing schooner, there’s a degree of simple pleasure to be derived from seeing an over-privileged brat getting his just desserts. But soon Manuel softens and takes Harvey under his wing, the boy begins to reveal signs of an altogether more vulnerable and sympathetic side. With its precocious child protagonist, its focus on damaged father-son relationships, its sense of large-scale spectacle, and its deft blending of suspense and sentimentality, this coming-of-age adventure could be described as proto-Spielbergian on numerous fronts. 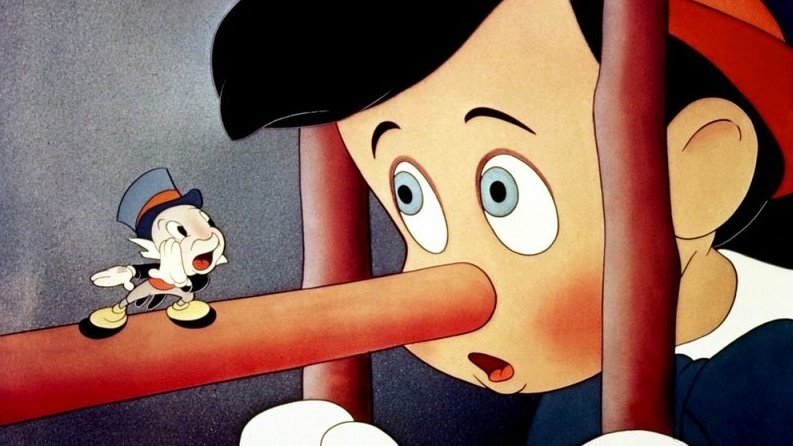 A.I. Artificial Intelligence (2001) is perhaps the most bitterly divisive film in Spielberg’s canon. Critics scoffed in particular at its unapologetically sentimental final act, which some saw as a betrayal of the legacy of Stanley Kubrick, who began developing the project in the 1970s. However, those expecting a chilly sci-fi epic in the vein of 2001: A Space Odyssey (1968) were destined to be disappointed – Kubrick always intended the film as a futuristic spin on the story of Pinocchio.

While Carlo Collodi’s rather brutal original novel is referenced and quoted throughout A.I., tonally the film is much closer to Disney’s altogether more charming animated adaptation. This exquisitely rendered tale of a wooden puppet’s quest to become a real boy remains one of the Mouse House’s finest efforts, inspiring wonder and fear in equal measure, and delivering a thoughtful meditation on what it means to be human, alongside a spot of occasionally stern moralising. 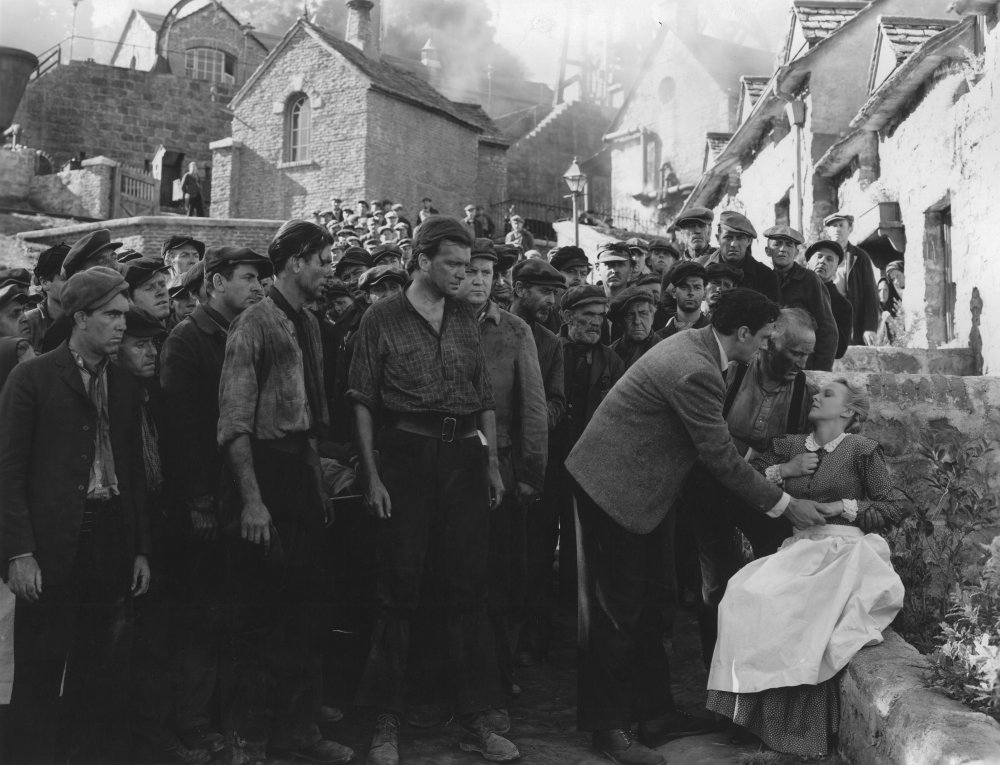 In an interview with the AFI, Spielberg explained: “I try to rent a John Ford film… before I start every movie, simply because he inspires me…. He’s like a classic painter, he celebrates the frame, not just what’s inside it.” War Horse (2011), Spielberg’s most painterly, unashamedly old-fashioned film to date, feels particularly indebted to Ford’s lavish melodrama How Green Was My Valley.

Although its best picture win over Citizen Kane is one of the all-time great Oscar injustices, there’s much to admire in this sweeping portrait of a Welsh mining community at the turn of the 20th century. Roddy McDowall makes his breakthrough appearance as Huw Morgan, whose idyllic childhood comes to an abrupt end when the prospect of a miners’ strike causes a huge rift in his family. The similarities to War Horse are numerous and striking. Both films sustain a tone of almost painful wistfulness; both feature plentiful wide shots of an idealised British rural landscape; and both hinge on the relationship between a precocious boy and his stubbornly principled father. 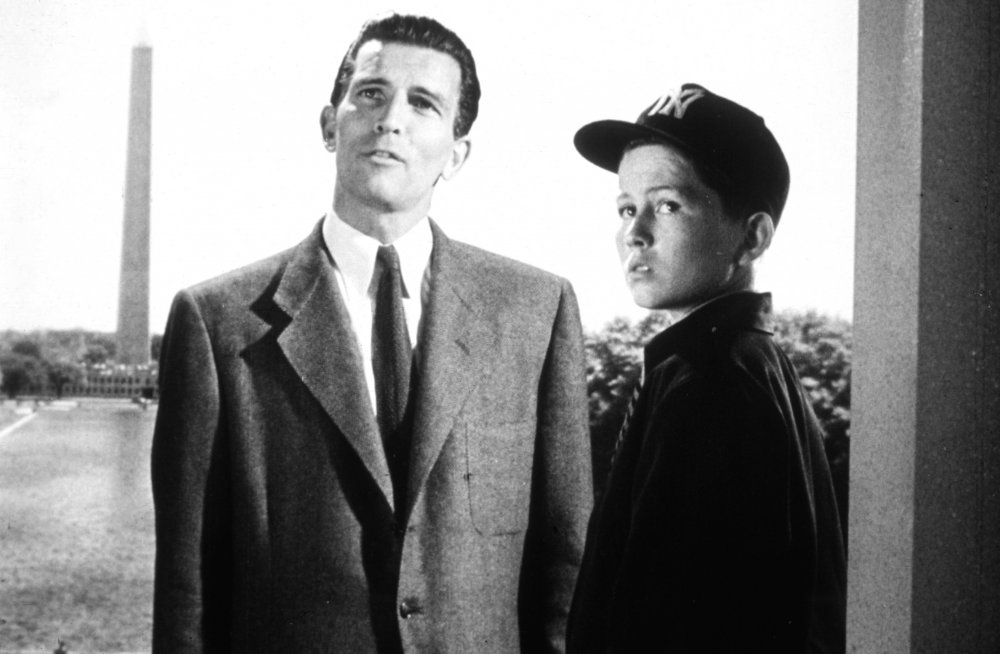 Spielberg single-handedly popularised the trope of the benevolent alien visitor with his early career one-two punch of Close Encounters of the Third Kind (1977) and E.T. (1982). But both films are indebted to Robert Wise’s Cold War-era sci-fi classic. Michael Rennie stars as Klaatu, a suave humanoid alien sent to Earth to issue a grave warning to its heads of state – cease your reckless experiments with atomic energy, or face total annihilation. Despite his valiant attempts at interplanetary diplomacy, Klaatu’s arrival in Washington D.C. in a flying saucer, accompanied by a seemingly indestructible giant robot, causes considerable panic, and it’s not long before he’s declared public enemy number one.

Tonally, Close Encounters draws heavily from The Day the Earth Stood Still. Both films excel at conveying a sense of widespread paranoia escalating towards full-blown hysteria. And both ensure that their fantastical scenarios are as plausible as possible, by exploring the impact of extraterrestrial visitation on the mundane lives of their everyman protagonists. The touching relationship Klaatu develops with young boy Bobby (Billy Gray) might also be regarded as a foreshadowing of the bond formed between Elliott and the titular alien in E.T. 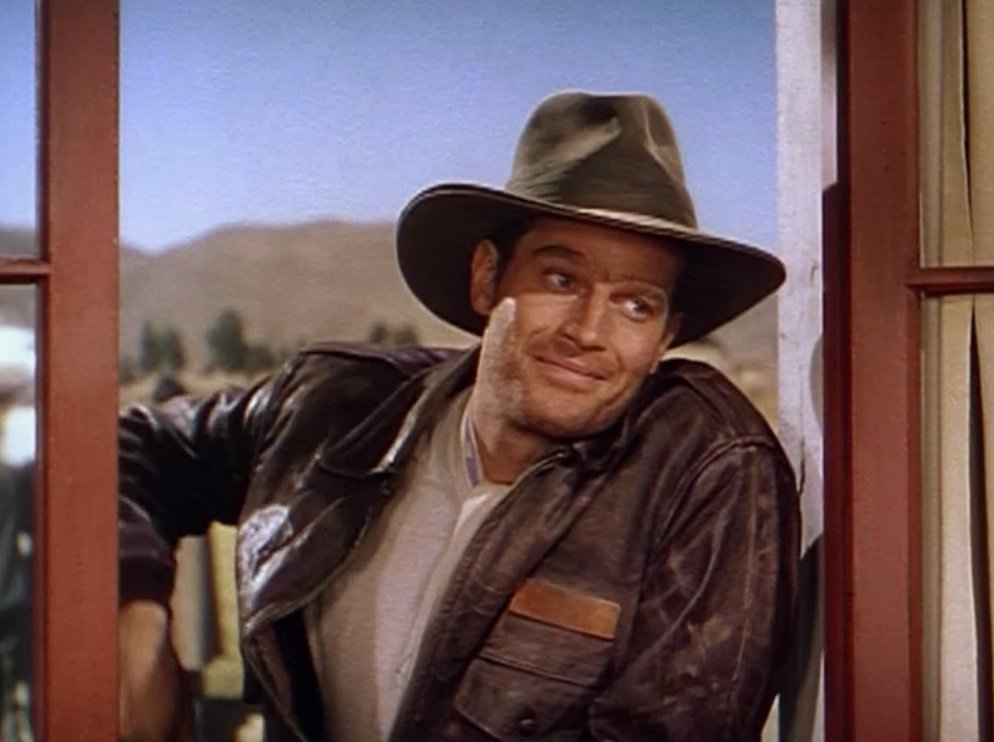 It’s no secret that, when developing Raiders of the Lost Ark (1981), Spielberg and George Lucas pilfered liberally from the adventure films and serials they both loved as children. Even so, it’s quite remarkable how much the Indiana Jones series owes to Jerry Hopper’s Technicolor adventure romp, Secret of the Incas. Charlton Heston stars as Harry Steele, a roguish, fedora-clad treasure hunter, determined to discover a priceless Incan artefact hidden amid the ruins of an ancient Peruvian city. Sound at all familiar?

Though its lack of overt action may come as a shock to modern audiences, there’s still a great deal to enjoy here. As the first major Hollywood production to shoot on location at Machu Picchu, it’s packed with glorious widescreen vistas, which lend a sense of authenticity so often missing from films of this ilk. And Indy enthusiasts will have fun spotting the numerous elements that Spielberg borrowed for his saga. Beyond the numerous superficial similarities, Steele’s uneasy, combative relationship with headstrong love interest Elena (Nicole Maurey) is a clear precursor to the uneasy alliance Harrison Ford’s Jones forms with ex-girlfriend Marion (Karen Allen) in Raiders. 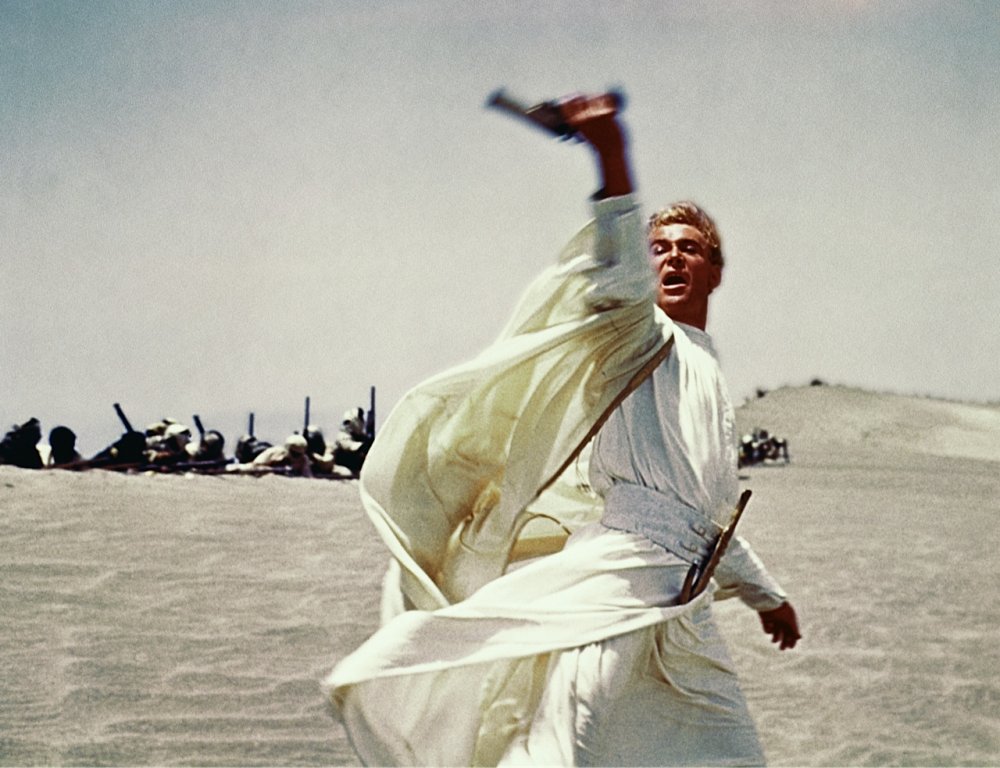 Spielberg has repeatedly acknowledged the great debt he owes David Lean, and declared Lawrence of Arabia “the film that set me on my journey”. Certainly as a grand scale period saga, offering a fictionalised snapshot of a key period in modern history, there are obvious parallels to be drawn between Lean’s magnum opus and the likes of Empire of the Sun (1987), Schindler’s List (1993) and Bridge of Spies (2015).

Then there’s the compellingly nuanced depiction of T.E. Lawrence, the enigmatic British colonel who played a key role in the Great Arab Revolt against the Ottoman Empire during the First World War. In Peter O’Toole’s hands he comes across as grandstanding and egotistical, but psychologically fragile and profoundly aware of his outsider status. For all the sumptuous spectacle it offers, the film is, first and foremost, driven by a fascination with Lawrence as a person. So it is that even Spielberg’s most fantastical storytelling is anchored by strong, three-dimensional character work. Hence Close Encounters of the Third Kind is as much the study of a family man on the verge of a nervous breakdown, as it is a tale of extraterrestrial contact. 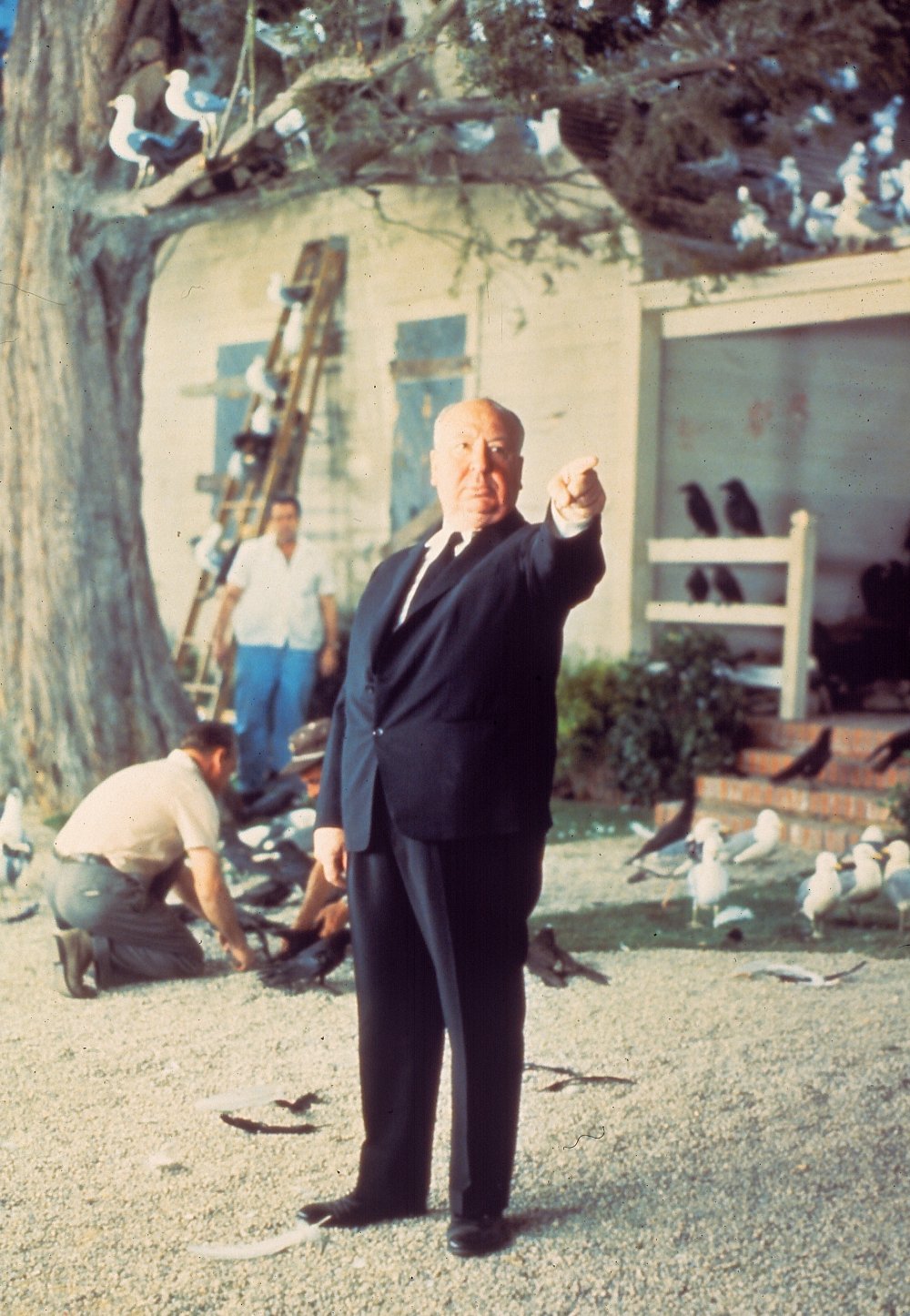 Alfred Hitchcock on the set of The Birds (1963)

The popular notion of Spielberg as a dewy-eyed, sentimental man-child often overshadows his virtues as a modern master of suspense. Alfred Hitchcock’s fingerprints are all over many of Spielberg’s most thrilling moments – compare Raiders of the Lost Ark’s boulder chase sequence with the crop-duster scene in North by Northwest (1959), or the use in Jaws of the dolly zoom effect created for Vertigo (1958).

But it’s The Birds that has had perhaps the most significant impact on Spielberg’s filmography. As the tale of an idyllic seaside town terrorised in broad daylight by a natural menace, its role as precursor to Jaws hardly needs to be spelled out. But its decidedly slow-burn approach to ratcheting up the tension is also shared by Jurassic Park, which contains less than 15 minutes of dinosaur VFX, despite its reputation as the film that kickstarted the era of CGI-reliant blockbusters. And Spielberg’s War of the Worlds (2005) is peppered with aerial shots very reminiscent of those used by Hitchcock to convey the point of view of his winged antagonists. 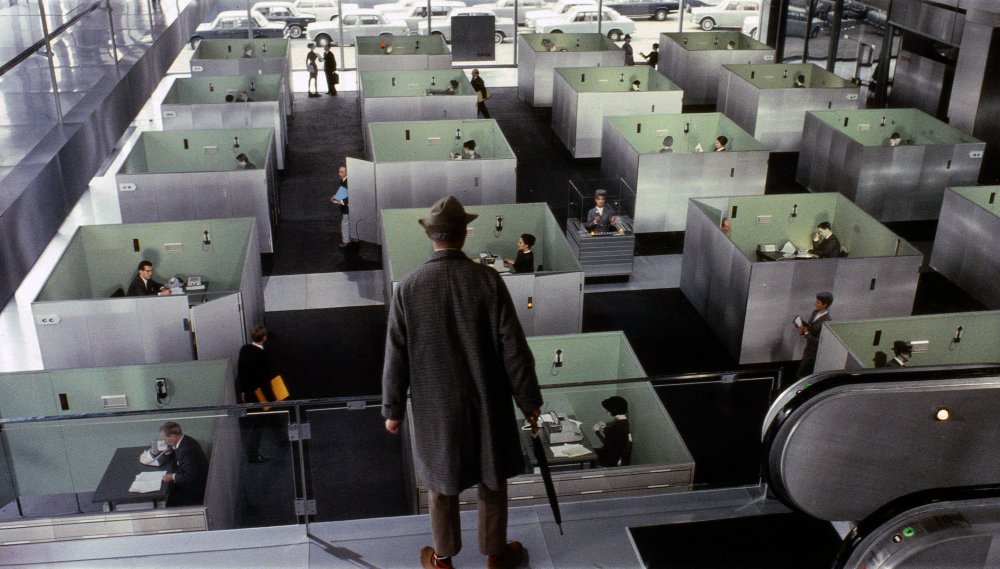 The Terminal (2004) is one of Spielberg’s least-loved efforts, a strangely inert and throwaway comedy about an eastern European man (Tom Hanks) fated to live in New York’s JFK Airport following the collapse of his fictional home country. It is however noteworthy for its incredibly elaborate purpose-built set, inspired directly by Jacques Tati’s dazzlingly inventive Play Time.

Set in a semi-futuristic Paris of warren-like offices, identikit studio apartments and soulless high-rise towers, Tati delivers an absurdist critique on the shiny blandness of modern urban living. It’s truly remarkable, not to mention a little depressing, just how prophetic his vision has proven. However the film offers hope. Gradually its eclectic ensemble of characters begin to rebel against the dreariness of their surroundings, and Tati punctuates the overwhelming greyness with flashes of vibrant colour. So too does Spielberg transform his terminal over time from an oppressive, starkly-lit prison, to a hospitable microcosm of multicultural America.

If we were to attribute a single overriding trait to Spielberg, it might be his insatiable appetite for transporting audiences to different worlds. 2001: A Space Odyssey is the film that, above all others, cultivated this appetite. In conversation with filmmaker Michael Apted in 2011, he described his discovery of Stanley Kubrick’s sci-fi epic as something akin to a religious experience. “I’m still living off the adrenalin that… I experienced watching that film for the first time.”

Certainly one of the film’s most indelible recurring images – a close-up of the face of Dr Dave Bowman (Keir Dullea), observing his surroundings with an expression that oscillates between wonder, bafflement and fear – has been riffed on by Spielberg to an almost comical degree throughout his career. The climax of Close Encounters of the Third Kind, which sees protagonist Roy (Richard Dreyfuss) undergoing a form of symbolic rebirth, is also clearly inspired by 2001’s profoundly enigmatic Star Child sequence. 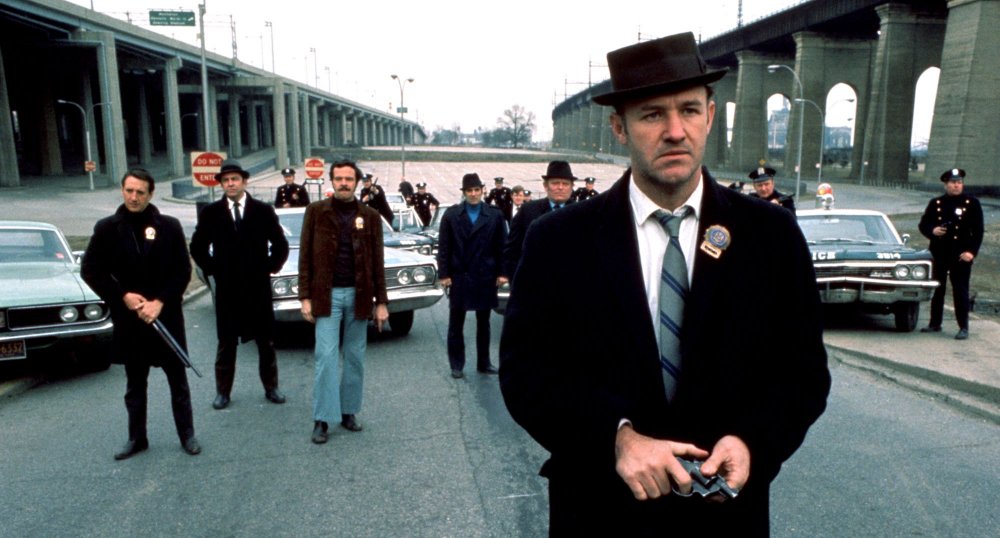 Forty-five years on from its initial release, William Friedkin’s precision-engineered cop thriller has lost none of its capacity to surprise and provoke. Gene Hackman excels as the compellingly nihilistic Popeye Doyle, a New York detective consumed by his desire to apprehend a gang of international heroin dealers. Friedkin treats the viewer to a leisurely crawl through the seedy underbelly of early 70s New York, before ratcheting up the tension to almost unbearable levels, and, of course, delivering one of the all-time great chase sequences.

At a Directors Guild of America (DGA) event in 2011, Spielberg explained that he studied The French Connection in preparation for Munich (2005), his morally ambiguous take on the aftermath of the 1972 Olympic Games massacre. In particular, his use of zoom lenses was informed heavily by Owen Roizman’s Oscar-nominated cinematography. More recently, the wordless, beautifully choreographed on-foot chase through New York that opens Bridge of Spies feels particularly indebted to Friedkin’s work here.