In the era of Nymph()maniac and Fifty Shades of Grey, we survey sex at the movies with a list of some of cinema’s naughtiest classics. Warning: this feature contains explicit imagery! 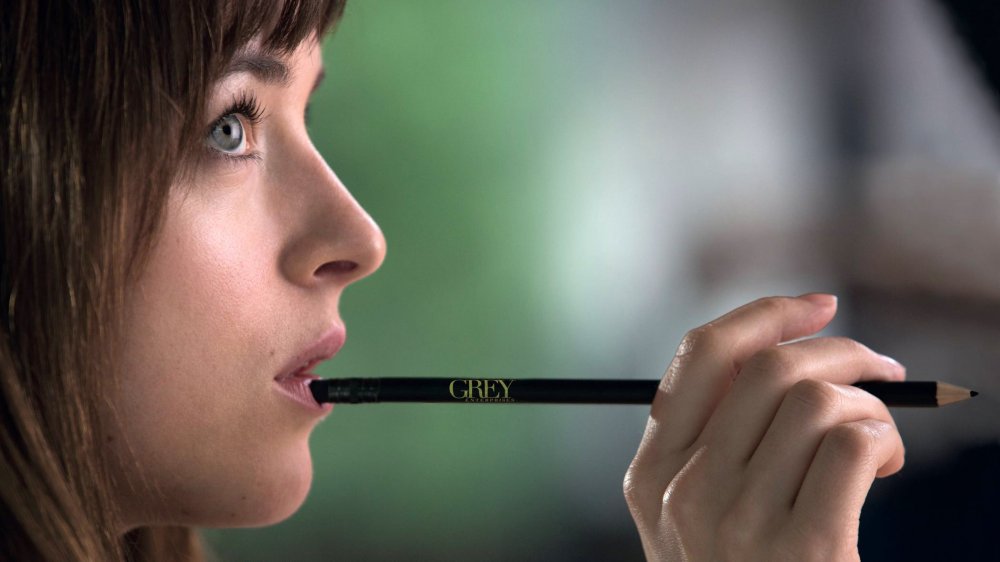 Sex at the movies has been there from the start, with peep show titillations part of the illicit sideshows of early silent cinema. But censorship quickly became a buzz kill in the world of mainstream, commercial cinema, with the naughty suggestiveness of early 1930s Hollywood films soon snuffed out by the introduction of the Hays Code. Henceforth, if a man and a woman were seen in bed, at least one of their feet needed to be planted firmly on the floor thank you very much.

Not all national cinemas were so restrictive, but it wasn’t until the wave of liberation in the 1960s that nudity, let alone intercourse, became more widely seen in cinemas. This new licentiousness led to sex films both softcore (Emmanuelle, 1974) and hardcore (Deep Throat, 1972) becoming box-office smashes, with ‘respectable’ middle-class couples queuing up with the dirty macs for a sneaky peek. In this period, arthouse sensations such as Last Tango in Paris (1972) and In the Realm of the Senses (1976) also used loosening censorship laws to explore eroticism on screen with a new frankness.

Despite the widespread feeling that we’re all now desensitised to sexual imagery, the media attention for films such as Nymph()maniac in 2014 or Fifty Shades of Grey in 2015 proves there’s still something about sex in the cinema that gets us all a bit hot under the collar.

Here are 10 of the most illustrious notches on the bedposts of film history. 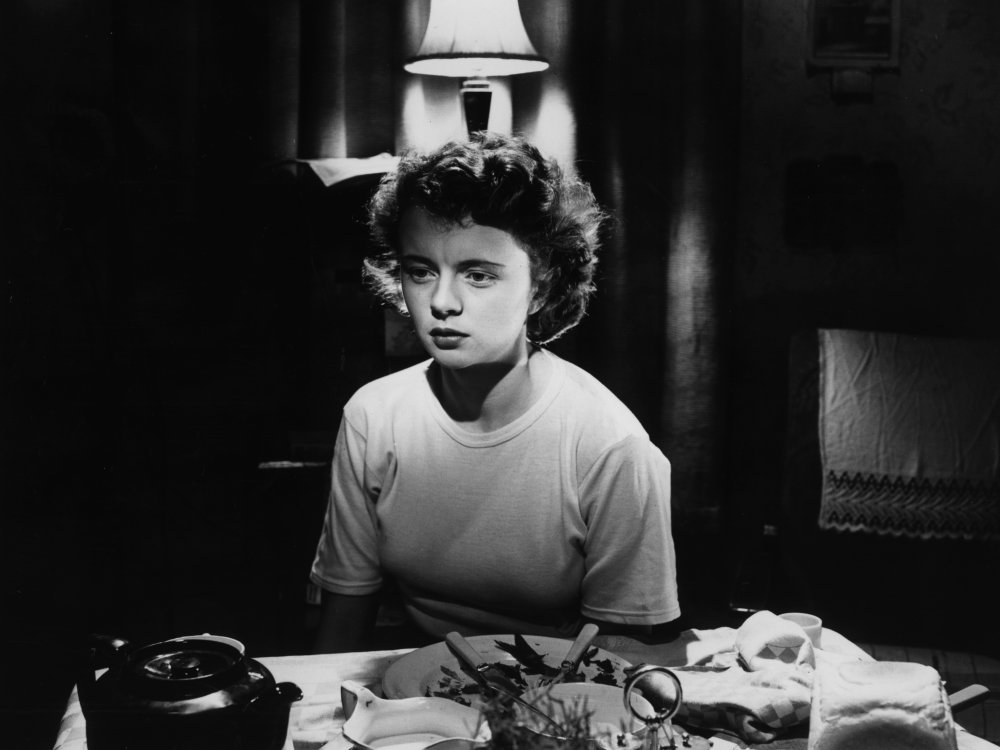 “It couldn’t happen to me,” shrieks Joan in stunned disbelief on learning from her doctor that she has contracted syphilis. In this postwar short for the Ministry of Health (available on the BFI Player and on the BFI DVD The Birds and the Bees), director J.B. Holmes, who was instrumental in the development of the story documentary, draws on the quintessential ingredients of ‘women’s films’ to ram home the message that marriage and motherhood are the right path to follow. What’s curious here is that while contemporary commercial features would have necessarily deployed a clever euphemistic device to skirt around the unsavoury medical issue at hand, this pithy but potent family drama addresses it head-on, much to the dismay of poor wayward Joan. Typically for films of the time, however, it’s Joan who’s punished for her sexuality rather than her lover.

The expressive lighting and exaggerated performances – and the raging marital accusations and bread-knife brandishing that goes on behind closed doors at No. 19 – are closer to contemporary Gainsborough melodramas than to other, more sober, state-sponsored health warnings of the 1940s, which were invariably directed at male soldiers serving on the front. 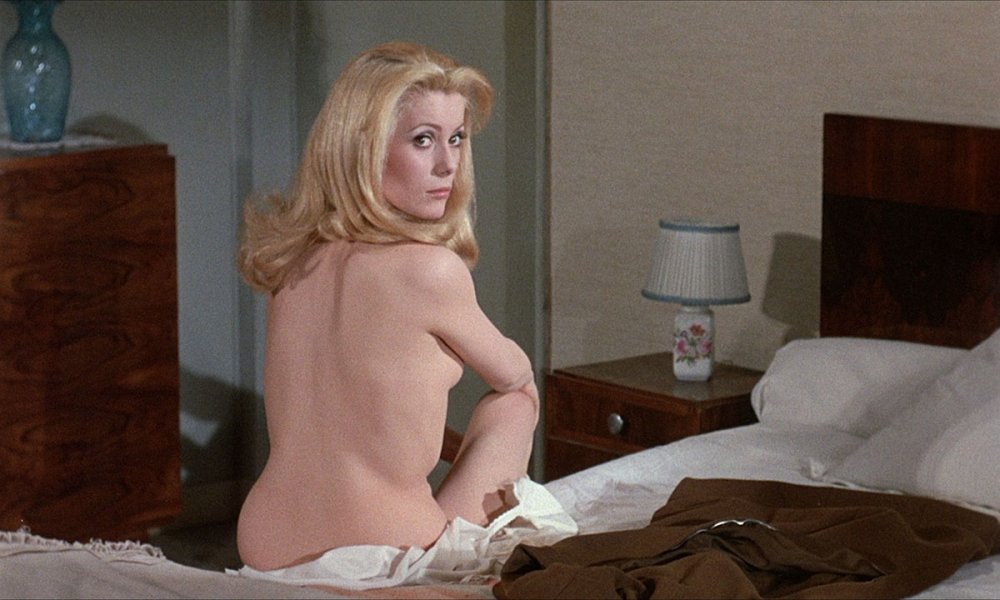 From his very first, surrealist short, Un chien andalou (1929), Luis Buñuel worked to strip away the idea of a concrete, objective reality, preferring to show how our dreams and subconscious desires overrun and erupt out of the everyday.

In 1967’s Belle de Jour, Catherine Deneuve plays Séverine, a frigid bourgeois wife, who makes all excuses to avoid sexual contact with her respectable husband, at the same time harbouring wistful daydreams about being whipped by brutish coachmen. She secretly takes a day job as a prostitute in a Parisian brothel, where she explores her more illicit desires while catering to the idiosyncratic tastes of her customers. One client in particular is a source of enduring mystery: the Japanese businessman who brings along a small box. Mischievously, Buñuel never shows us what’s inside (a creature? some fiendish sex toy?), but whatever it is appears to help bring Séverine to delirious orgasm.

A scandalous cause célèbre in the 60s, Belle de Jour remains a provocative fusion of fantasy and reality and a rare movie to admit how danger informs our sexual reveries. 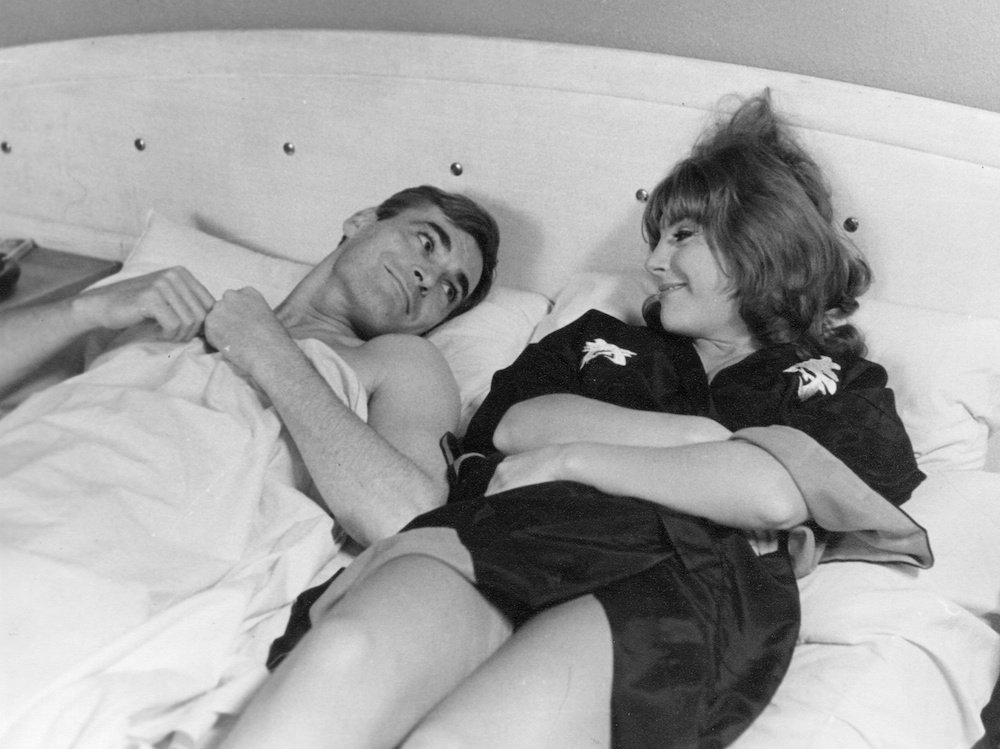 Having the somewhat dubious distinction of being ‘Britain’s first sex film’, Her Private Hell (available on the BFI Player and on BFI DVD and Blu-ray) was made in response to the popularity of the risqué European titles which flooded British screens during the 60s. Warren went on to direct some highly successful low-budget horror films in the 1970s but his feature debut reflected an interest in art cinema rather than exploitation. Incredibly tame by modern standards, the film has many pleasures – a swinging jazz score, some tightly edited montage sequences and an unsettling atmosphere.

Its Italian star, Lucia Modugno, was not quite the sylph-like maiden beloved of the glossies at the time and she struggles to convince as the innocent abroad who falls into the hands of the corrupt and corrupting media. But the rest of the cast more than compensate and there are compelling performances from musical star Terry Skelton, television actor Pearl Catlin and Robert Crewdson as Neville, the inscrutable magazine boss.

Made on a shoestring, the film took a fortune at the box office and remained on London screens for several months. Warren’s follow-up, Loving Feeling (1968), benefited from relaxed censorship rules and was also a financial success, but he had grown tired of the genre and moved on to pastures new. 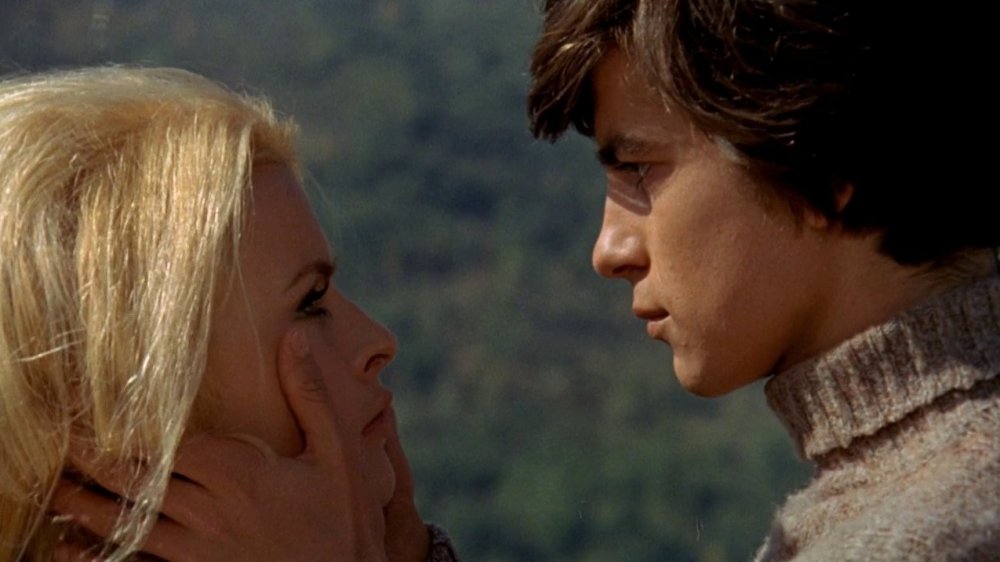 Between those, The Lickerish Quartet was a fascinating anomaly, the furthest Metzger would venture into art cinema (Borges, Pasolini, Pirandello and Resnais were all acknowledged influences) while still keeping a beady eye on his target market. The premise concerns a bored middle-aged couple and their surprise encounter with a young woman who’s the living spit of an actor in a stag film that they’ve been watching to unsuccessfully spice up their marriage. But when they entice her back to their ostentatious château to show her the film, the actress’s face is no longer visible, while her double proceeds to seduce everyone (including the wife’s grown-up son) in turn – most memorably in a library whose floor is decorated with dictionary definitions of sexual terms. 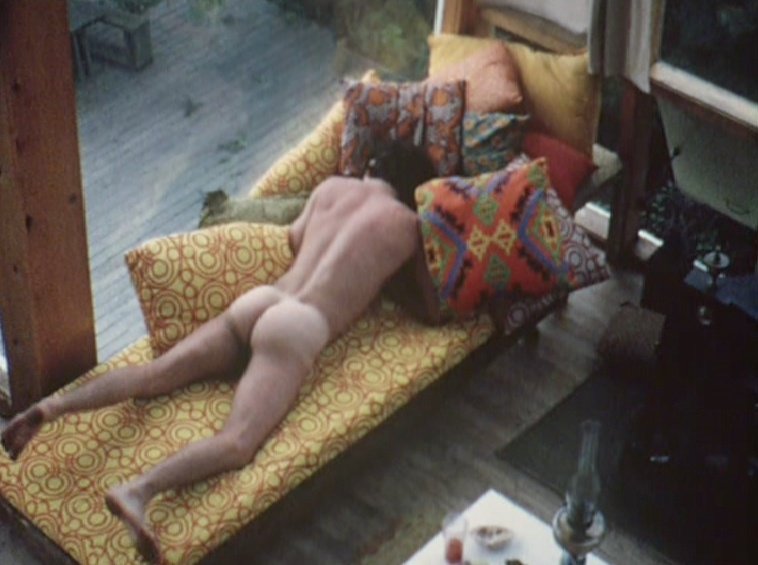 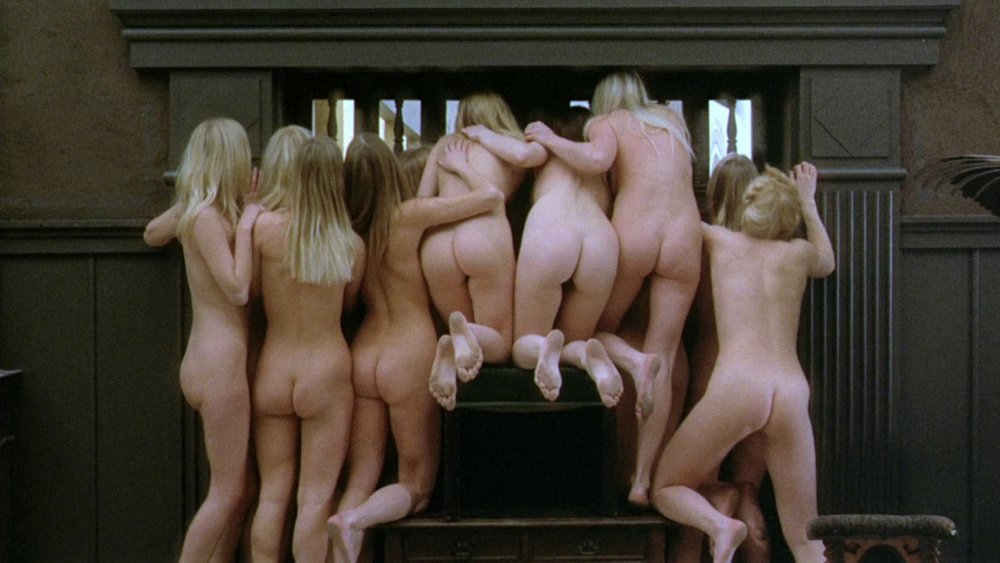 Before 1973, Polish émigré Walerian Borowczyk was a critical darling for his exquisite animated shorts and uniquely original live-action features: afterwards, he was almost a pariah. The watershed was the short film A Private Collection (1973, the collection comprising vintage erotica) and the four-part portmanteau feature Immoral Tales (1974), in which Borowczyk first revealed an interest in sex and sexuality that would dominate the rest of his feature-film output, to the visible discomfort of many of his former champions (and censors were none too keen on it either).

But it was hard to ignore that Immoral Tales was beautifully shot and designed, with the (full-frontal) participation of Pablo Picasso’s daughter Paloma also offering a gift to marketers (“You don’t have to go to a museum to see an X-rated Picasso!”). She plays Countess Erzsébet Báthory, rounding up young virgins in order to bathe in their blood; elsewhere, a young Fabrice Luchini seduces his even younger cousin in time with the tides, a teenage girl takes advantage of being grounded in her bedroom to explore the erotic potential of its contents, while various members of the Borgia clan (including the Pope) give in to their incestuous urges. 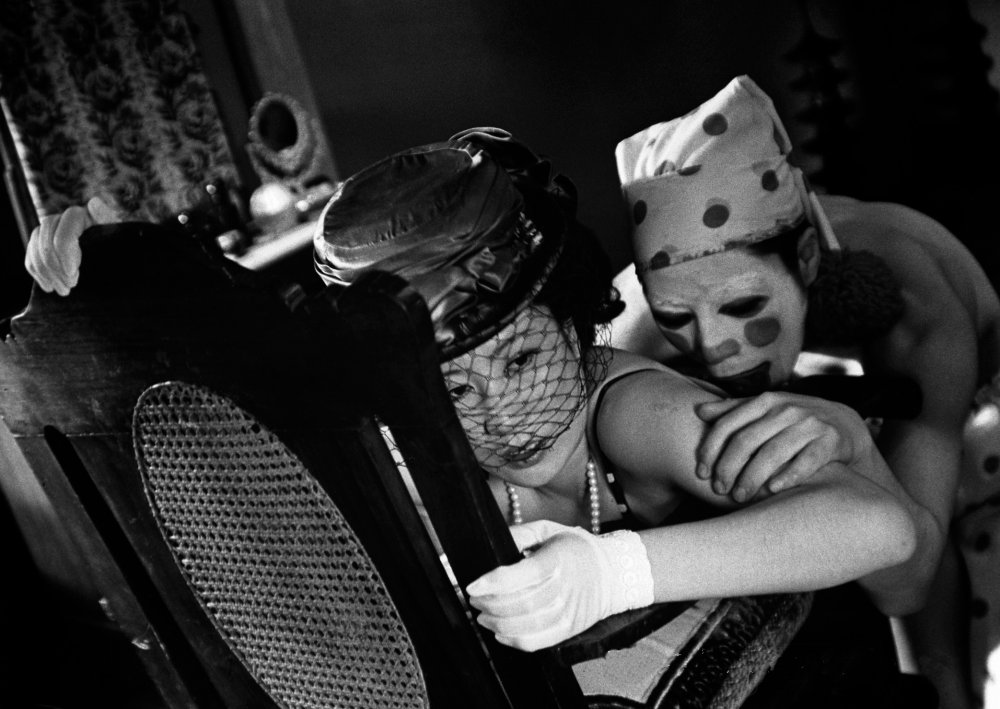 The era of encroaching, sinister influence from overseas is presented as a pandemonium of styles and colours, from the antiquated trappings of the boarding house setting to the carnivalesque apparel of its parade of eccentrics and grotesques residing there. These include the dark-veiled noblewoman Lady Minako (Roman Porno’s most accomplished performer, Junko Miyashita), the ashen-faced pierrot whom she has adopted for sexual favours from a nearby funfair, and a wayward Catholic priest who takes advantage of the fallen angels in his ward. As a metaphor for the increasing state surveillance of 1920s Japan, all this falls under the gaze of the mysterious attic occupant, who peeps through the rafters at this perverse environment, before inadvertently finding himself witness to murder. 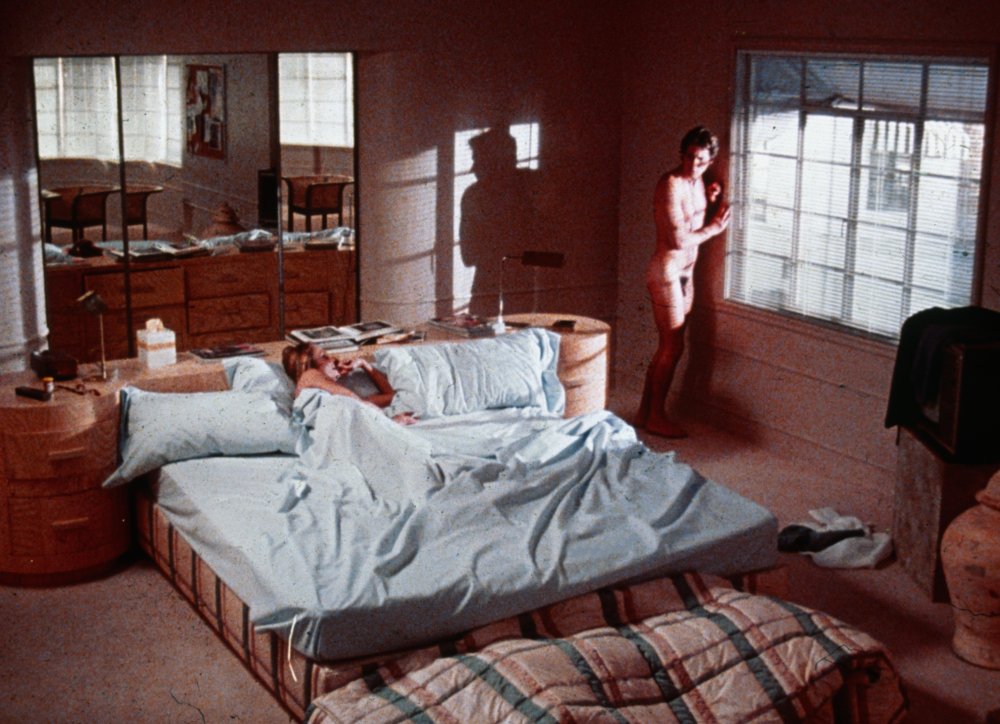 From its electrifying opening, as Richard Gere’s primped male escort cruises along the Malibu coast road in his sports car to the sound of Blondie’s ‘Call Me’, American Gigolo fairly drips with sex – sex as a commodity, sex as a way of life, sex as a desperate means of connecting with other people.

Working the deluxe hot spots of upmarket Los Angeles, Gere’s Julian Kaye is a lover-for-rent who’s left fighting to keep his lifestyle of fast cars, expensive suits and hotel living after he’s put in the frame for a grisly murder. In his previous film, Hardcore (1979), director Paul Schrader explored the underbelly of the pornographic film world; here he turns his attention to a glossier end of the sex industry, at the same time surveying a suncream-y west-coast malaise in which money, pleasure and power have created a void of genuine feeling. It’s a tale of redemption that pays tribute to Robert Bresson’s Pickpocket (1959), updating it with oh-so 80s trimmings. 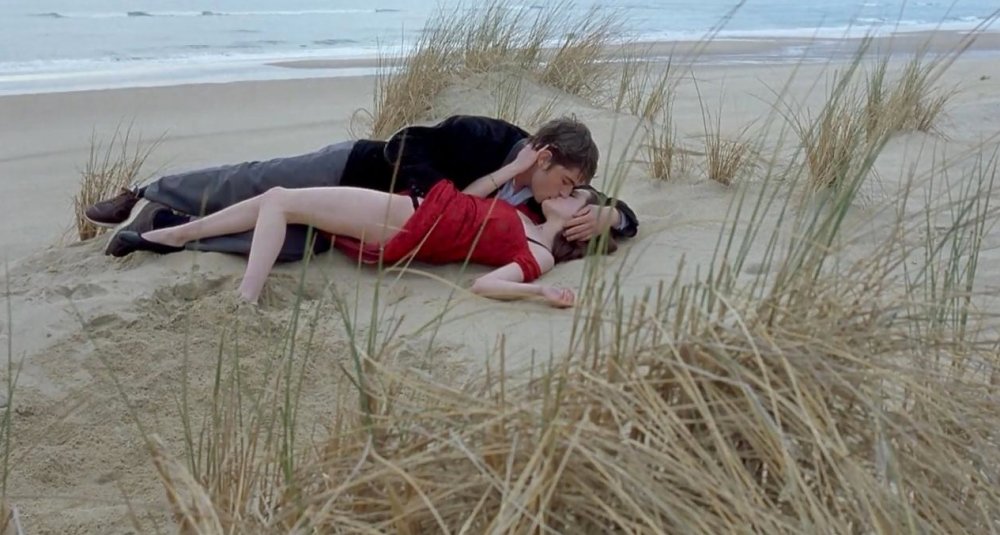 With À ma sœur! (awkwardly translated into English as Fat Girl), enfant-terrible writer-director Catherine Breillat courageously delves into the subject of adolescent sex, as seen through the eyes of two teenage girls.

During a family summer vacation, 15-year-old Elena and her 12-year-old sister Anaïs (who has an increased appetite) discuss virginity – Elena is saving herself for the right man, while Anaïs can’t wait to get her first time over with. They meet Fernando, a law student from Italy, and soon Fernando and Elena start dating using the young sister as cover – but as the two sisters share the same bedroom, the young lovers’ sexual play is far from intimate.

Breillat toys with our discomfort in these scenes, confronting us with the characters’ frank talk and precocious sexuality. The two sisters’ moments alone in their bedroom talking about childhood memories are genuine but uncomfortable: despite their closeness, Elena’s natural mode is to bully her younger sibling. Passion turns to adrenaline-fuelled drama in the film’s shock ending, with À ma sœur! offering one last, violent provocation. 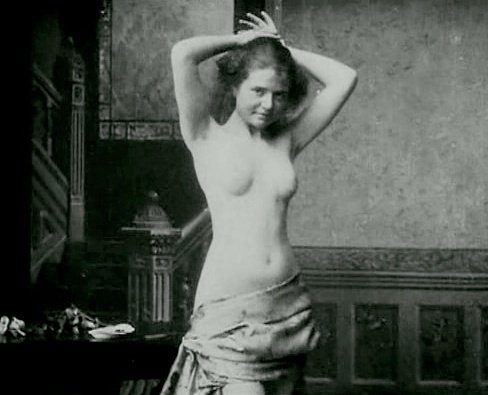 Pornography is infinitely more accessible today than it was 100 years ago, but it certainly had its fans. Projected into brothels and shown to young men to educate them in the ins and outs of intercourse, these films, dating from 1905 to 1930, are a fascinating insight into sexual attitudes from another era. So what could the virgins of the period learn from watching them?

We took to our Facebook page to ask you which great films on sex we’d missed from our list. A huge range of titles were suggested, with censor-baiting 70s classics Last Tango in Paris (1972) and In the Realm of the Senses (1976) both getting repeated mentions. Ken Russell’s Crimes of Passion (1984) and David Cronenberg’s Crash (1996) were equally popular choices, with Andrew M Mark calling Crimes of Passion “cruelly underrated and ignored”. Shane Hyde supplied a 15-strong list of explicit favourites, while suggesting that “some of my favourite films about sex don’t even show flesh – Shanghai Express, Bringing Up Baby, Marnie, Pandora’s Box, Cat People.”