10 great films about Gypsies and Travellers

Jonas Carpignano’s The Ciambra, about a young boy growing up in an Italian Romani community, is one of the rare films about the Gypsy, Roma and Traveller community that avoids stereotypes of criminality or mysticism. Here are 10 other films and TV shows that honestly show the vibrant culture of the GRT community. 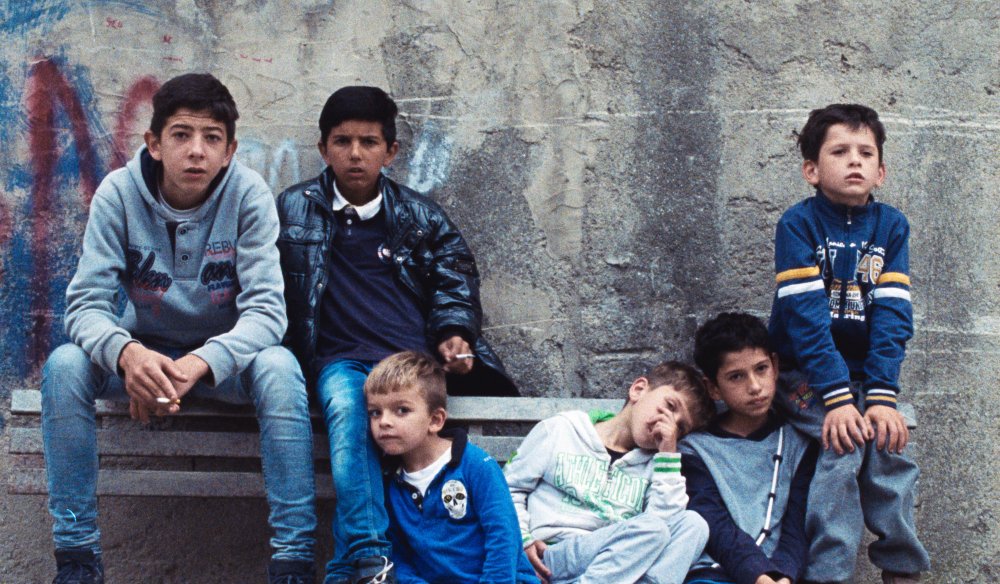 Jonas Carpignano’s new film The Ciambra is a neorealist fable about a young boy growing up in the Italian region of Calabria, part of a secluded neighbourhood of Romani people. In a nation where highly publicised hate crimes against Gypsies and Travellers have been relatively recent, The Ciambra looks at the mistrust with which the GRT (Gypsy, Roma and Traveller) community regards the rest of society. As the young protagonist Pio’s grandfather tells him: “It’s us against the world.”

When it comes to depictions of the GRT community in cinema, the feeling can be pretty similar. Travellers frequently find themselves stuck between invisibility or ridicule, and as in real life, misunderstandings about them abound. Romani people are stateless, but have been living for generations in Europe and Great Britain; Irish Travellers are Celtic (‘Pavee’) in origin – all suffer endemic poverty, social exclusion and open discrimination.

In some ways, it might be easier to write a list of films wholly ignorant of the travelling communities they portray – in the UK, for example, the obnoxious ‘reality television’ series and films that turn travellers into punchlines or employ racial epithets. Still, some films and filmmakers have sought to counter the popular narratives of their people as criminals or mystics. Their work has run the gamut from abstract fiction to harrowing documentary; they have depicted Eastern European slums and modern travellers’ camps in Essex.

Some of the filmmakers showcased below offer honest and diverse portrayals of their own Gypsy communities; all of them attempt to purge centuries of collective myth-making that obscure a vibrant culture. 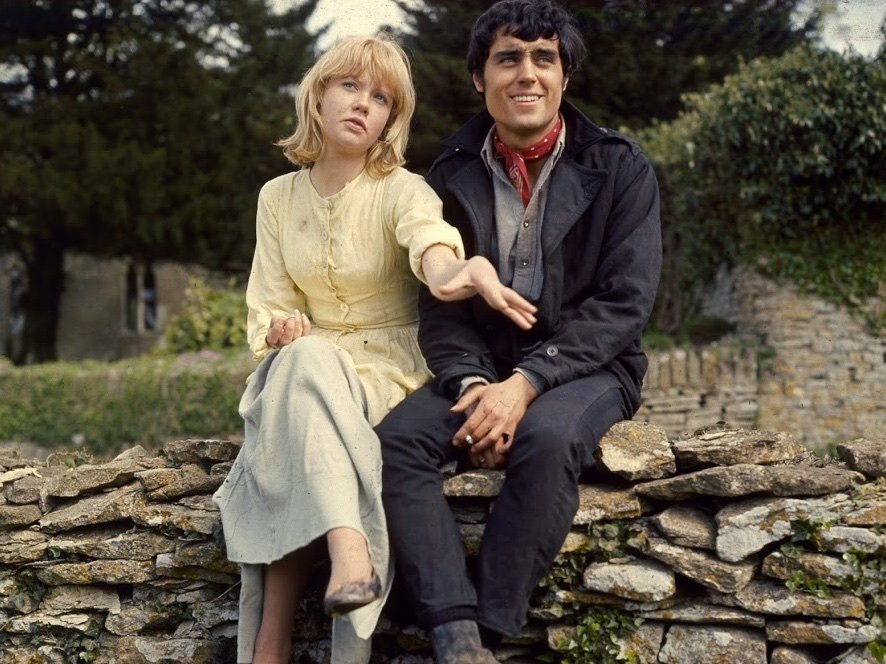 Sir John Mills’ pastoral drama Sky West and Crooked is an open-minded portrayal of the travelling community in rural Britain. Its central focus is an oddball romance between Brydie (Hayley Mills), a troubled West Country teenager, and Roibin (Ian McShane), a broodingly handsome young man from a nearby travellers’ site.

Examining small-town prejudice and siding firmly with its two outsiders, Mills’ film intelligently portrays the mistrust between the settled community and the travellers and underlines how foundational fear of the unknown is when it comes to racism. Kids under the age of 10 parrot that they’re “scared of gyppos”, clearly never having interacted with anyone outside their country village. With poignant empathy and a smattering of real Romani words, Mills’ film attempts to bridge the gap between communities in a heartening way. Considering this was made in the 1960s, it’s shocking how few British films since have come with such a progressive perspective. 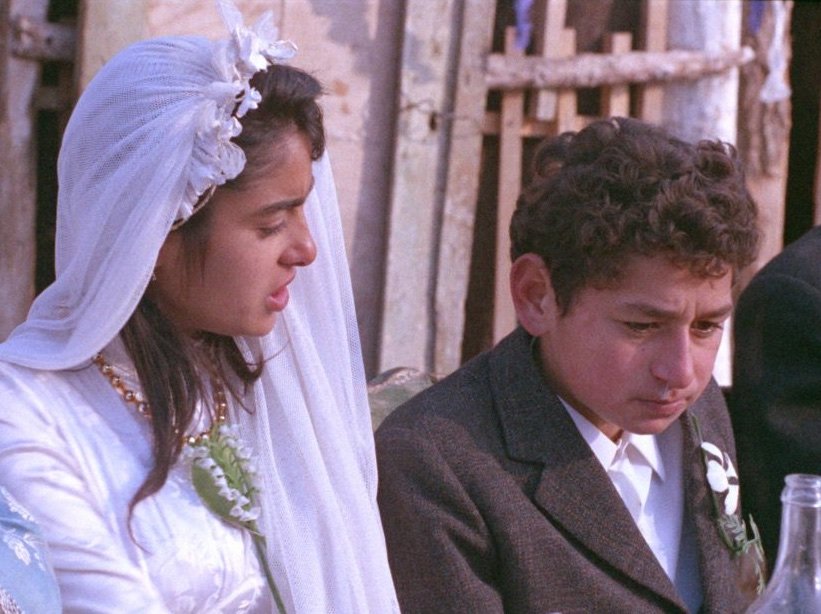 Aleksandar Petrovic’s I Even Met Happy Gypsies has the distinction of being one of the earliest internationally released features to be made in the Romani language. Because of the tendency of nomadic people to pass down culture orally, it’s a language that has long struggled to be recognised and written into the annals of linguistic history.

Soundtracked by genuine Gypsy melodies and unafraid of depicting the shocking poverty of isolated traveller sites around what was then Yugoslavia, Petrovic’s story is one of small-time dramas and family machinations, filmed with a heightened black and white realism that gives it a stylised documentary feel. The subject matter, too, is ultimately fitting – ritualised courtship, elopements, domestic strife and a girl seeking to escape the cruelty of a domineering stepfather – all feel deeply relevant to the close-knit, family-oriented Traveller community. 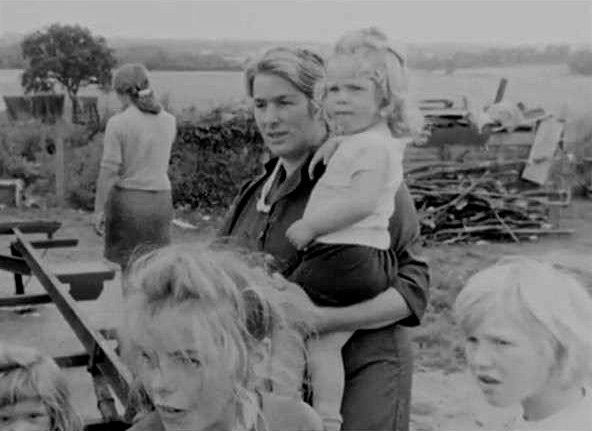 This short documentary comes in at just around the 60-minute mark, but its activist intentions are as vital today as they were almost a half-century ago when they were filmed. This BBC doc attempts to shed light on the enigmatic lifestyles of British Travellers, particularly at a time when more traditional nomadic habits were being displaced by an increasingly industrialised nation and pressure to find a fixed abode.

Director Philip Donnellan was a documentary filmmaker for the BBC for decades, making dozens of films on the struggles of the working class and with a particular interest in GRT issues. He allows generous time in his film for insightful interviews with his subjects, many of whom still maintain prominent family names in contemporary English Traveller society. At a moment in the 20th century when questions about alternative ways of living were becoming increasingly germane, this film turns a fresh eye to the ethnically nomadic people who had been populating Britain for hundreds of years. 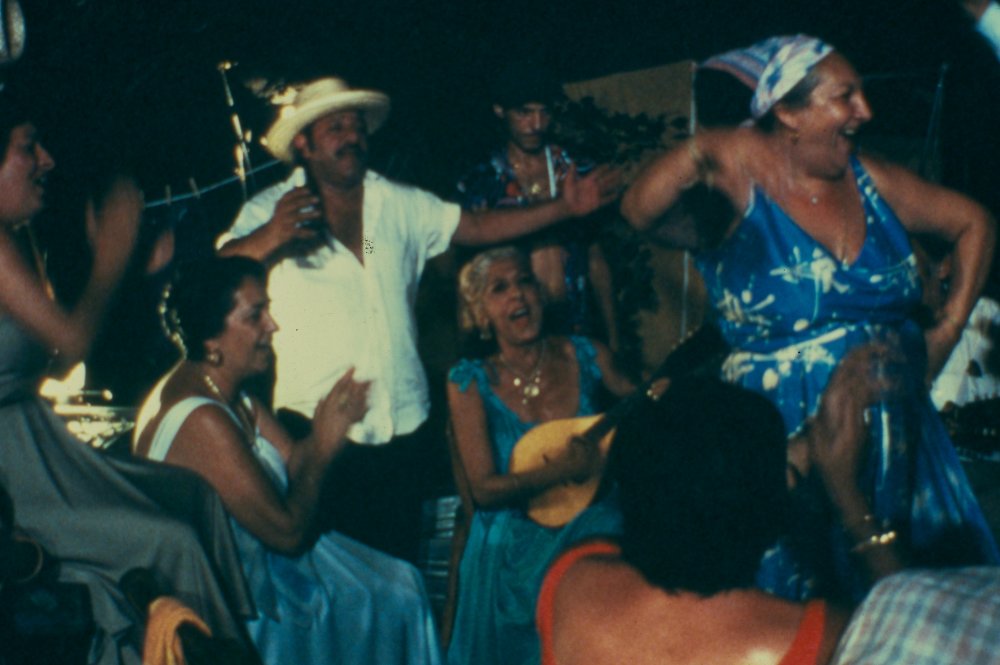 Robert Duvall’s overlooked feature stars a young New Yorker that the director had a chance encounter with on the street. The boy’s street-smart manner belied his age, and Duvall was intrigued to learn that the kid – Angelo Evans – came from a cloistered enclave of Romani people.

The loose narrative of the film focuses on a stolen family heirloom, but this is a thin premise for a vérité romp through the chaos of the real Angelo’s life, featuring actual friends and family along the way. His rough-and-tumble and often comical interactions – not to mention his light hustling – are captured with a pseudo-documentary style. Swirling around old-fashioned values of the community – family pride, masculine honour and the like – Duvall makes a surprisingly ethnographic character study out of his collection of on screen incidents. 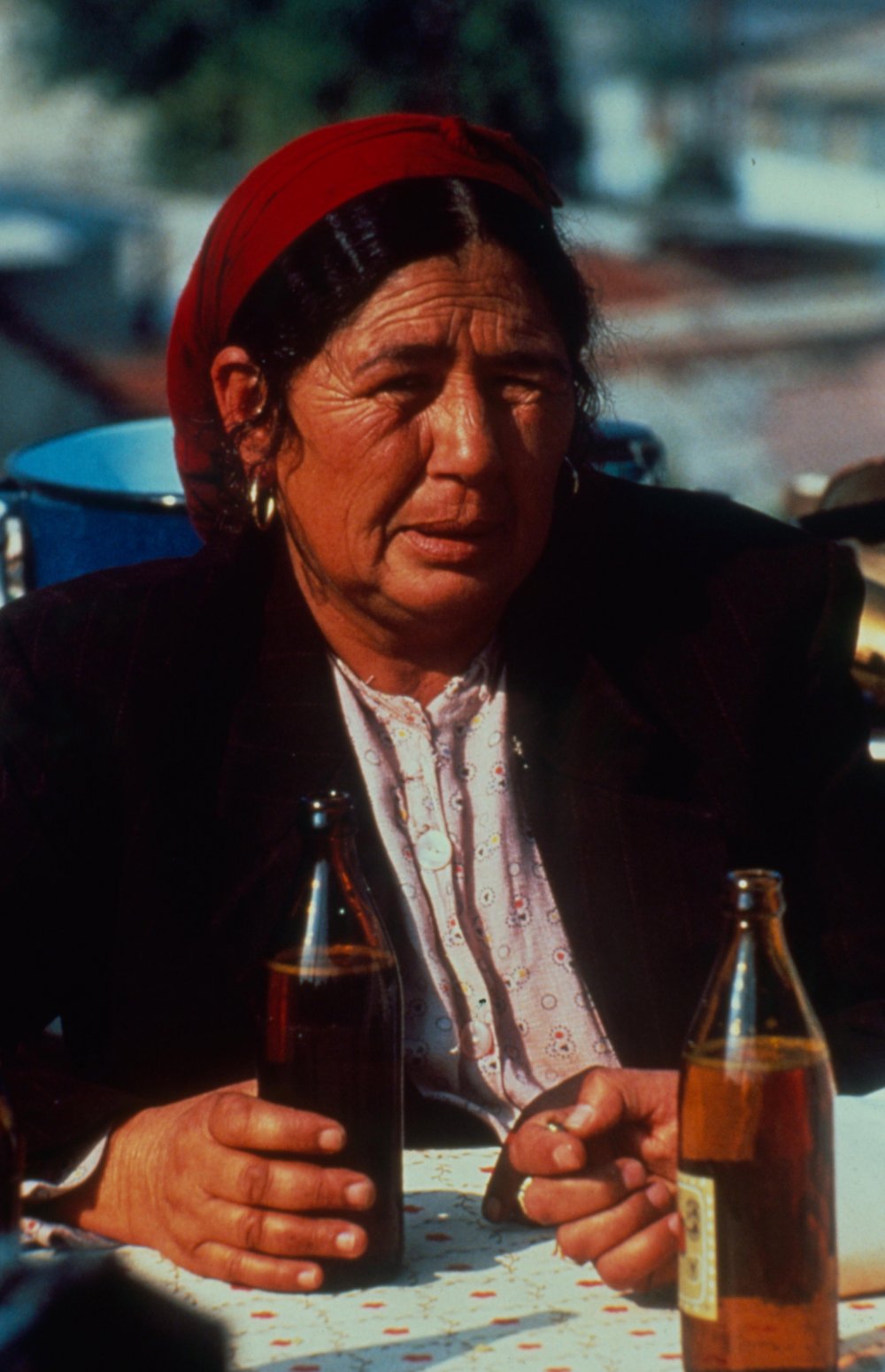 As Serbia’s arthouse director du jour, Emir Kusturica has dealt glancingly with the Romani community in Eastern Europe for many years. Often, this is in the mode of magical realism, which presents certain questions about the superstition around Gypsy people, and the claptrap associations with the mystical attributed to them.

Time of the Gypsies doesn’t help much on that front: its main character, the bespectacled Perhan, is telekinetic. But what Kusturica lacks in cliché-busting he makes up for in other ways: he is masterful in his tragi-comic sensory overload-style depiction of Traveller life. Squawking chickens, muddy-faced children and noisy encampments seem to overwhelm the characters within, and their response to that impoverishment is what one might expect: denigration, crime and outright begging on the street. The magical powers might be a foolhardy touch, but the rest of the picture is unfortunately accurate. 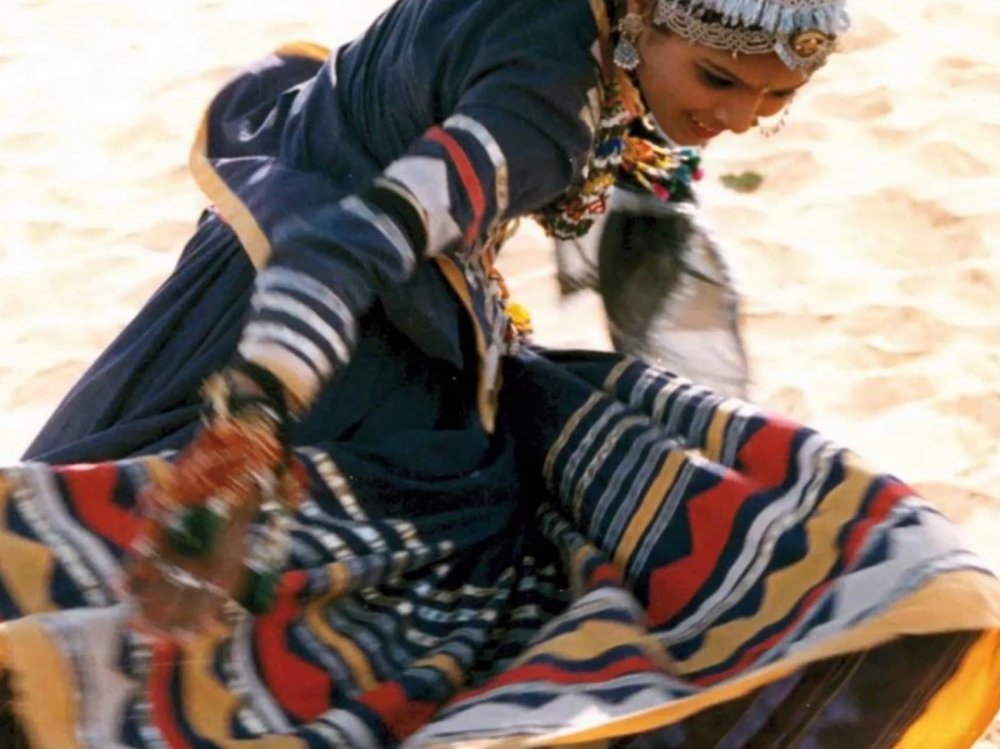 Tony Gatlif – a prolific European Romani filmmaker who almost exclusively makes films in the Romani language – perfectly married form and content in this French film. Its title means ‘safe journey’, referring to the fabled ancient migration of Romani people from India into the nations of Europe. The film is a quasi-historical documentary that meets with the far-flung Romani diaspora in various countries and examines their cultural practices and differences.

Brilliantly, Gatlif employs no voiceover or interviews for his non-fiction film, using traditional music and dance to evoke the moods and impressions of the people on screen. “Why does your mouth spit on us?” croons a female Gitano singer sorrowfully, bringing back the centuries of discrimination, enforced sterilisation and holocaust brought upon her people. It’s a moment that speaks for itself in reverberative, literal terms. 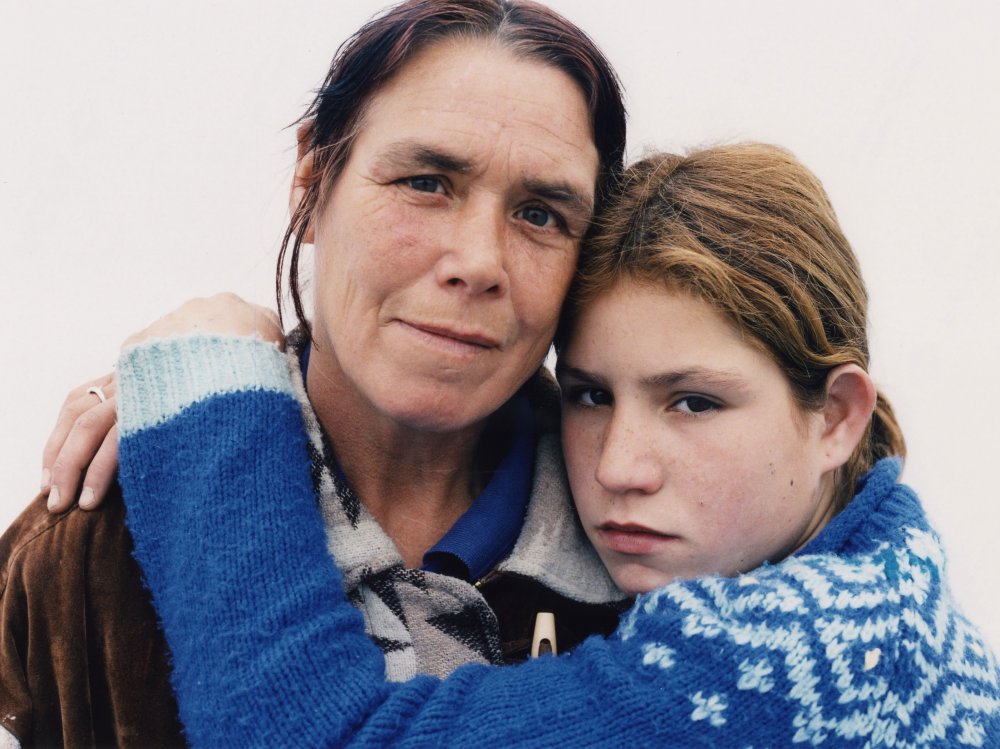 Perry Ogden’s gentle fiction film is about a real Irish Traveller girl and her family, as they stop on an unfriendly roadside outside Dublin. Ogden underlines the stark contrast between the Maughan family’s trailer and the lights and colours of contemporary urban life in Ireland. Since the governments of both the UK and Ireland regularly fail to allocate legal sites for Travellers to stay in, they are often forced to camp illegally on roadsides and lay-bys.

There’s no judgement in Ogden’s gaze, and he charts the frequent misunderstandings between the travelling and settled communities with real sensitivity. The community officers and various bureaucracies may want the family to integrate, but there’s a refusal to see that it may mean the Maughan family would be subsuming their ethnic identity as a result. Yet the safety and continued education of the children in the family is of concern, and so Pavee Lackeen offers a measured look at both sides. 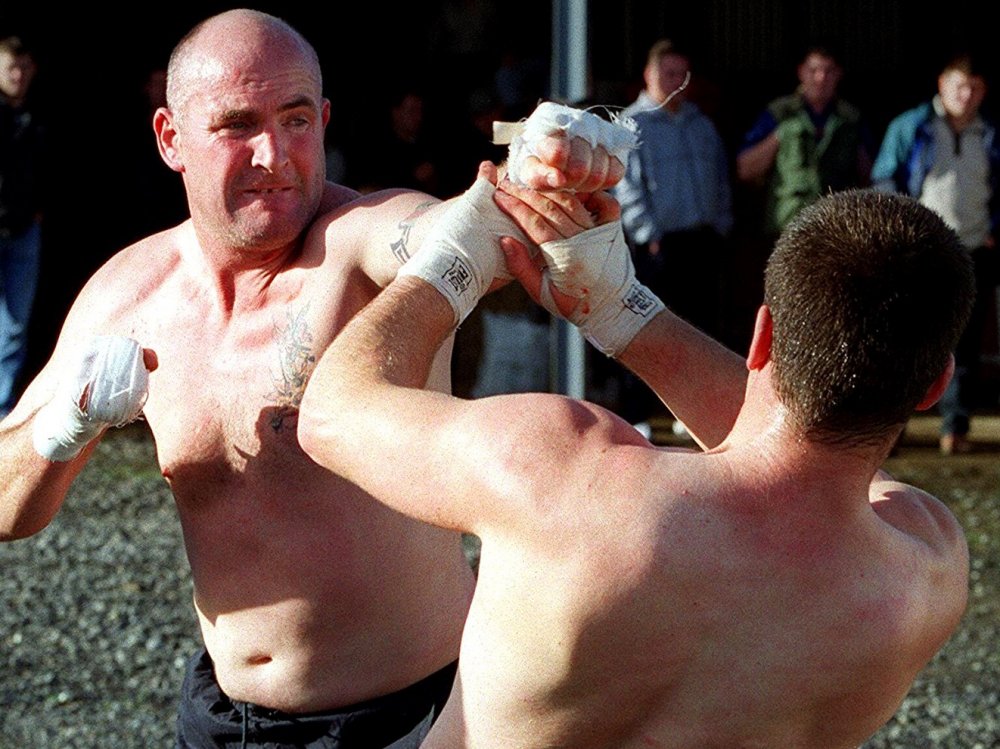 Ian Palmer’s documentary was over a decade in the making as he gained intimate access to two Irish Traveller families locked in a series of violent feuds. James Quinn McDonagh is the central protagonist of the tale – a bare-knuckle Gypsy champion with a shaved head and solemn features. A rival clan, the Joyces, have a long-held hatred of the McDonaghs over an old brawl that landed one family member in prison and another dead.

Knuckle may not do much to quell stereotypes of Irish Travellers as belonging to a violent, honour-driven society deeply in thrall to old-style masculinity, but Palmer, trusty with a handheld camera, does present the reality of what he sees: engaging, brutal and sometimes bizarrely funny. There’s a real failure to more pressingly get to the heart of what drives these bare-knuckle fights – or to truly understand the families of the men who go through this primitive, trying behaviour repeatedly. As bitter a pill as it is for some to swallow, the iron-clad tradition of bare-knuckle boxing in the Traveller community is unlikely to go away anytime soon. 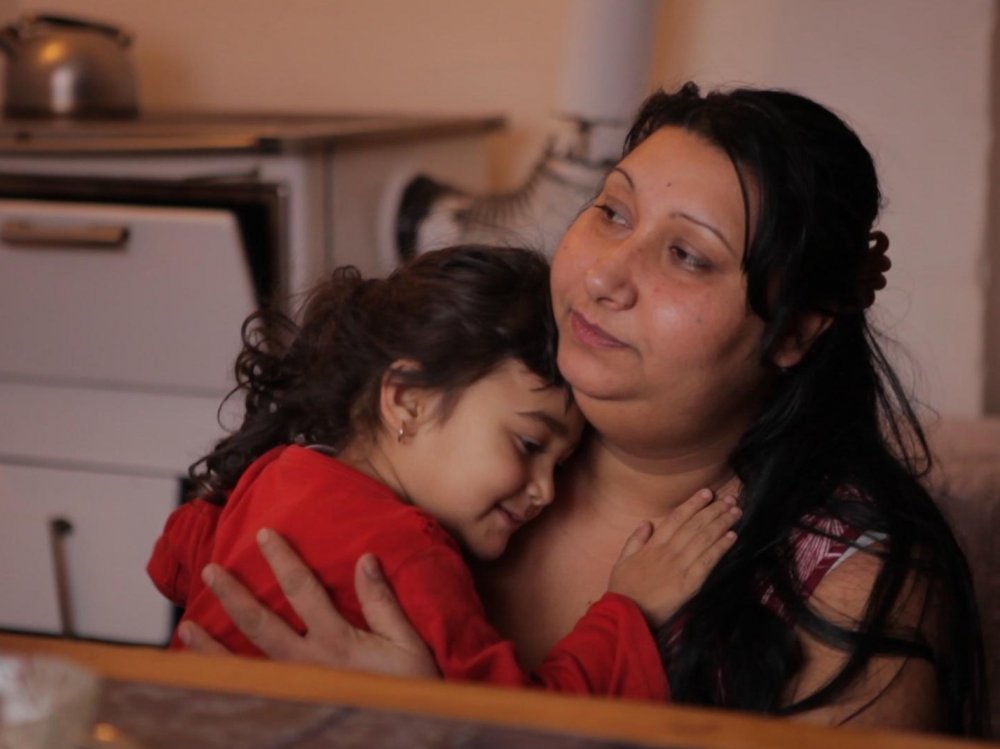 A Bosnian festival favourite and winner of the Berlinale Grand Jury Prize, Danis Tanović’s upsetting drama is played out by a non-professional cast who genuinely experienced the events of the film.

Filmed in an unobtrusive style, the title describes Nazif and his wife Senada, who have two children and live on Nazif’s scrap-dealing income. Because of their ethnicity, the two are refused admittance to their local hospital after Senada suffers a miscarriage. They are then forced to undertake a painfully long journey while Senada grows increasingly desperate and in need of medical care. The shocking endemic racism recalls the cruellest days of America’s Jim Crow era, where the Travellers are turned away by the institutions that they are most in need of. 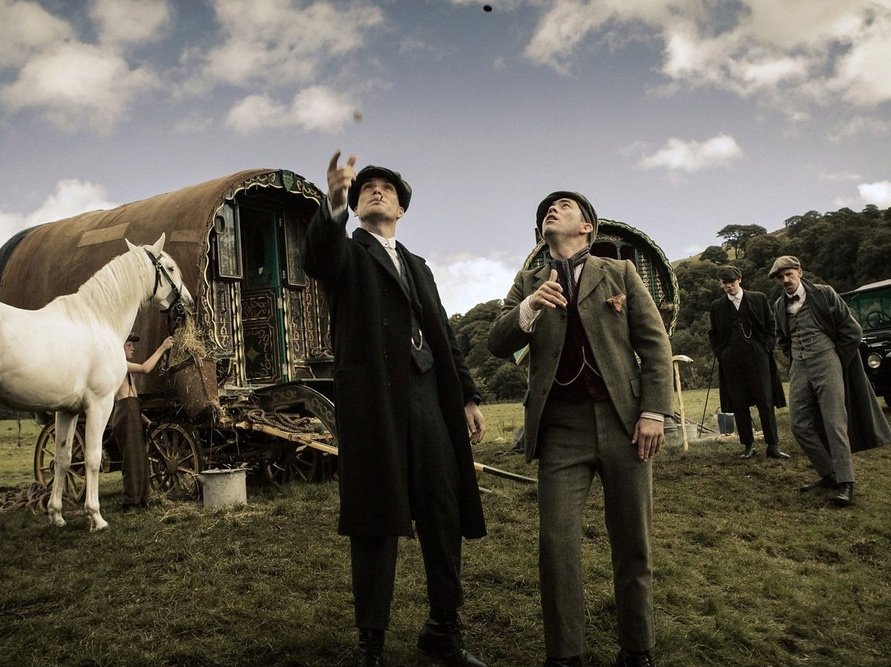 Although it took a few seasons to fine tune, this historical gangster drama about a gang of vicious British criminals is one of the most accomplished televisual depictions of Traveller history. With its colourful and nuanced set of central characters born of English Traveller blood, it offers something new – anti-heroic, dashing and complicated protagonists from Gypsy stock.

Set in the Black Country of Birmingham in the early 1920s, Steven Knight’s series focuses on the Shelby family, a bunch of strapping Romani-born lads who come up out of nothing to build an organised crime empire. Chief among them is the charismatic and coldly feline Tommy Shelby (Cillian Murphy, whose angular face and cutting blue eyes are put to excellent use here), a shell-shocked First World War veteran who returns to his decrepit hometown with a desire for more.

Featuring Romani language from the second season onward and input – even supporting roles – for actors and writers from this background, Peaky Blinders has an implicit importance that goes far beyond the machinations of its often extravagant criminal plot twists. When someone speaks disdainfully of Tommy’s background, he sarcastically drawls, “I sell pegs and tell fortunes.” This isn’t your romanticised view of Gypsies. If anything, it’s a reminder that English Travellers have been around for a long time, and even back then they were sick of your stereotypes.