Thieves, con artists, murderers – all strive for the fiendish, cover-your-tracks precision of the untraceable crime. Let’s see if we can get away with this list of 10 classic perfect crime movies. 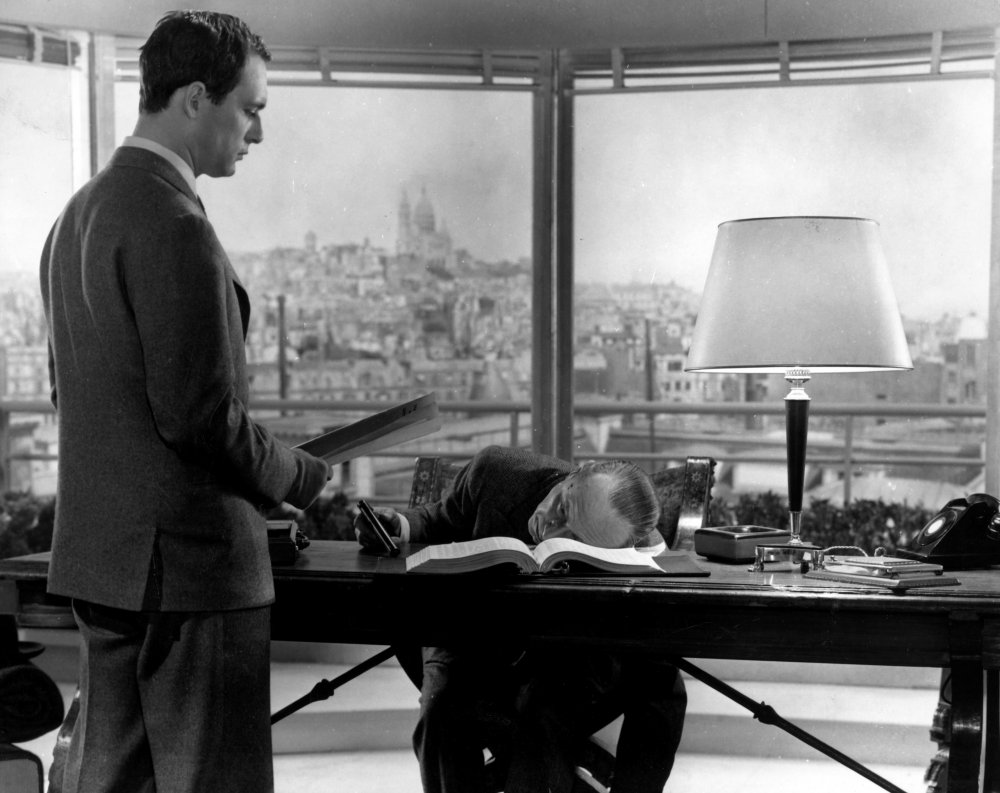 One of the great themes of the crime film is the idea of the perfect crime. Its enduring appeal can be put down to the fascinating expertise of the criminals who believe they can slip by undetected, the complicity the audience feels in being party to their fastidious planning, and the final sensation of leaving the cinema thrilled, and knowing that you (at least) have got away with it.

Louis Malle’s Lift to the Scaffold (1958) promises all such vicarious pleasures. Julien Tavernier (Maurice Ronet) plans the murder of his boss, an arms manufacture who is also married to his lover (Jeanne Moreau). However, his perfect crime soon turns into ironic tragedy when he realises he has left a vital piece of evidence behind, yet finds himself trapped in a lift and powerless to influence his own fate.

For cerebral criminals like Julien, committing the perfect crime is an intellectual exercise, which challenges their own skilfulness. They take as much satisfaction from proving it can be done as from the loot at the end of it. For others, such as the chancers cheating and stealing their way to a better life in 1940s noir, the perfect crime turns lust and greed into quick bucks.

Of course, the irony of the perfect crime in movies is that it’s rarely ever perfect. In classic Hollywood, morally redemptive conclusions were mandated to show that crime doesn’t pay, while certain directors – like Stanley Kubrick and John Huston – believed that perfection of any kind is incompatible with the avarice and deceit of humanity. 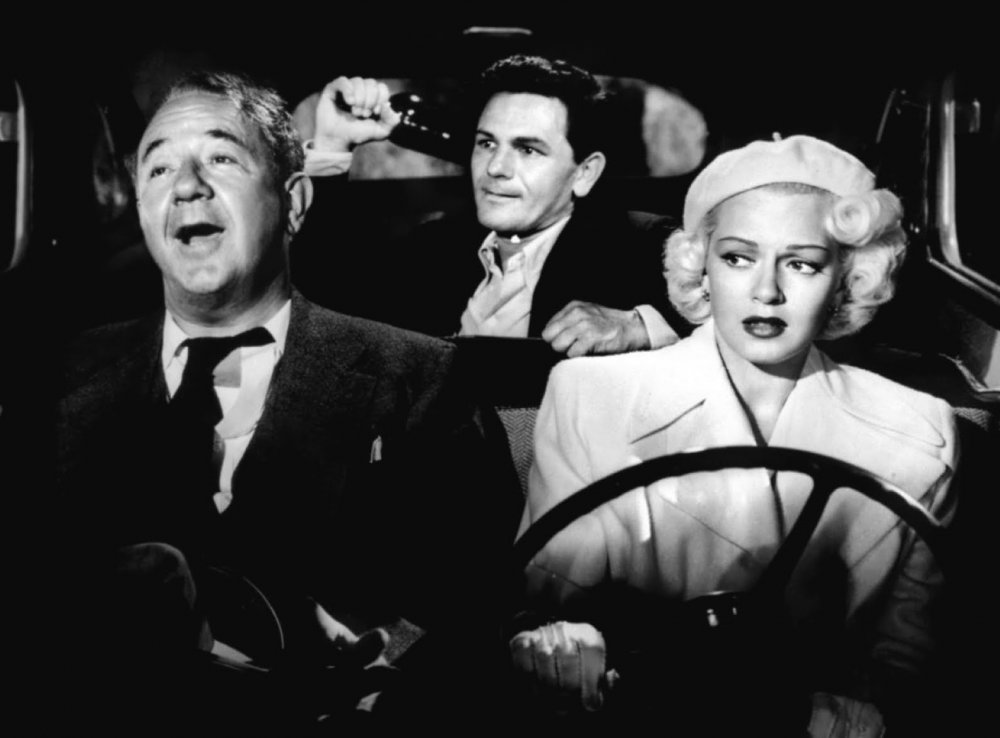 Hollywood only dared approach James M. Cain’s legendary crime story (which was banned in Boston on its first publication) after Billy Wilder made his controversial adaptation of Cain’s second novel, Double Indemnity (1944). The plot centres on straight-talking Frank (John Garfield) and fiery sexpot Cora (Lana Turner), who meet at a diner and dream of starting a life together.

They aspire to commit the perfect crime – knocking off Cora’s much older husband (Cecil Kellaway) – but their efforts are undermined throughout by their guilty consciences and brooding mutual mistrust. Director Tay Garnett, who would never be better, creates a grisly atmosphere of stagnant frustration and stymied movement in which sin is no shortcut to the American dream. 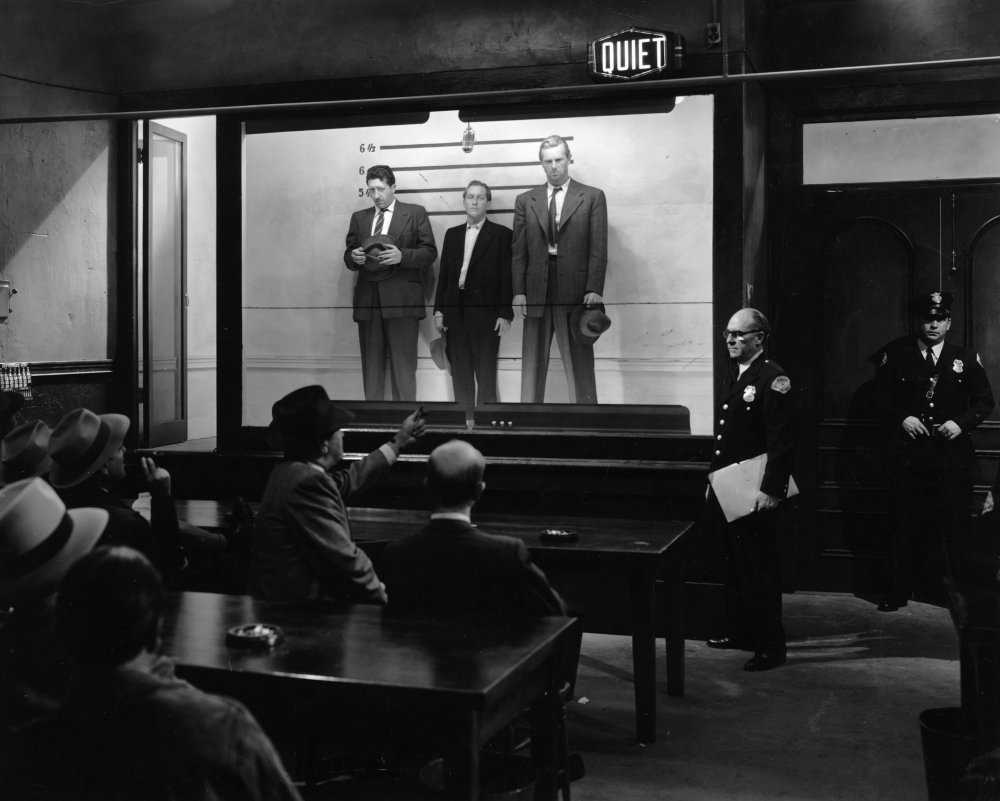 Based on the novel by W.R. Burnett, The Asphalt Jungle established a new way of viewing the perfect crime. In James Cagney’s gangster films of the 1930s, the act and artistry of crime is secondary to the power, recognition and public notoriety it leads to, but John Huston’s 1950 film is more intimately focused on the criminals themselves and the minutiae of their profession. 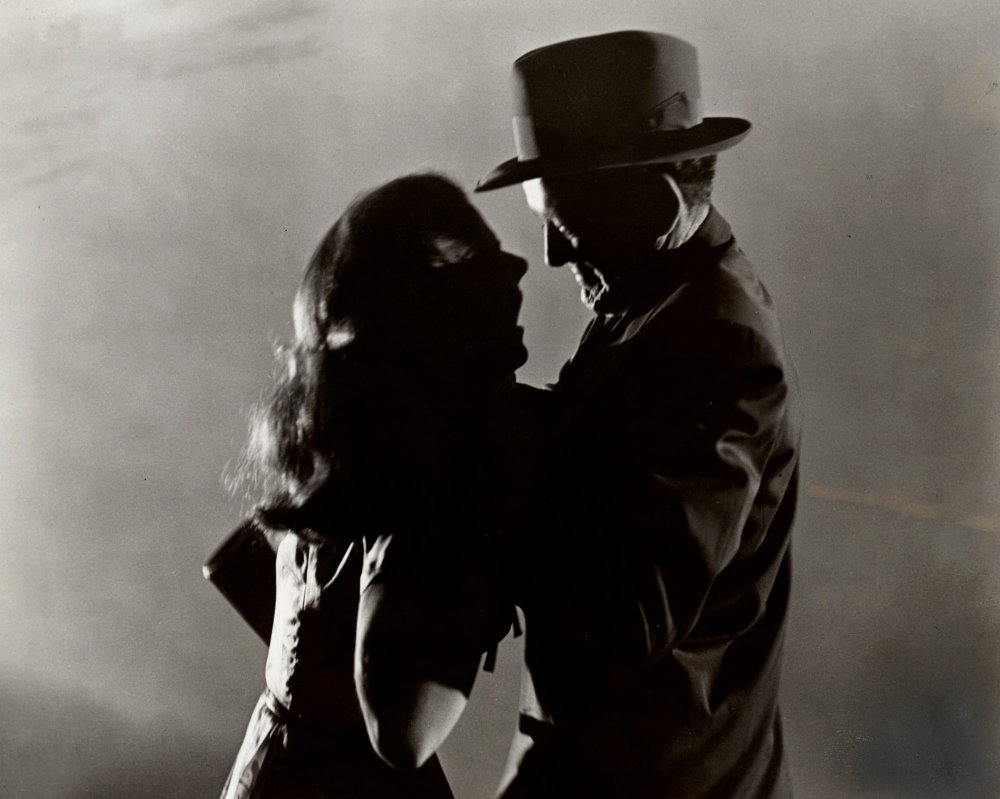 Alfred Hitchcock was no stranger to a perfect crime plot – he had already made Rope in 1948 and would go on to direct Dial M for Murder in 1954 – but Strangers on a Train is his best example, a diabolical black-comedy masterpiece. Hitchcock originally asked Raymond Chandler to adapt the screenplay from Patricia Highsmith’s source novel but actually ended up jettisoning most of it, accusing the writer of being too concerned with the characters’ motivations.

The opening meeting between the two strangers (Farley Granger and Robert Walker) – in which they initiate a hypnotic discussion about murdering each other’s wives – is classic Hitchcock: part murder plot and part love story. Things come to a head in the climactic fight on the carousel – Hitchcock’s most vivid and alluring use of expressionist visuals since his early British work. 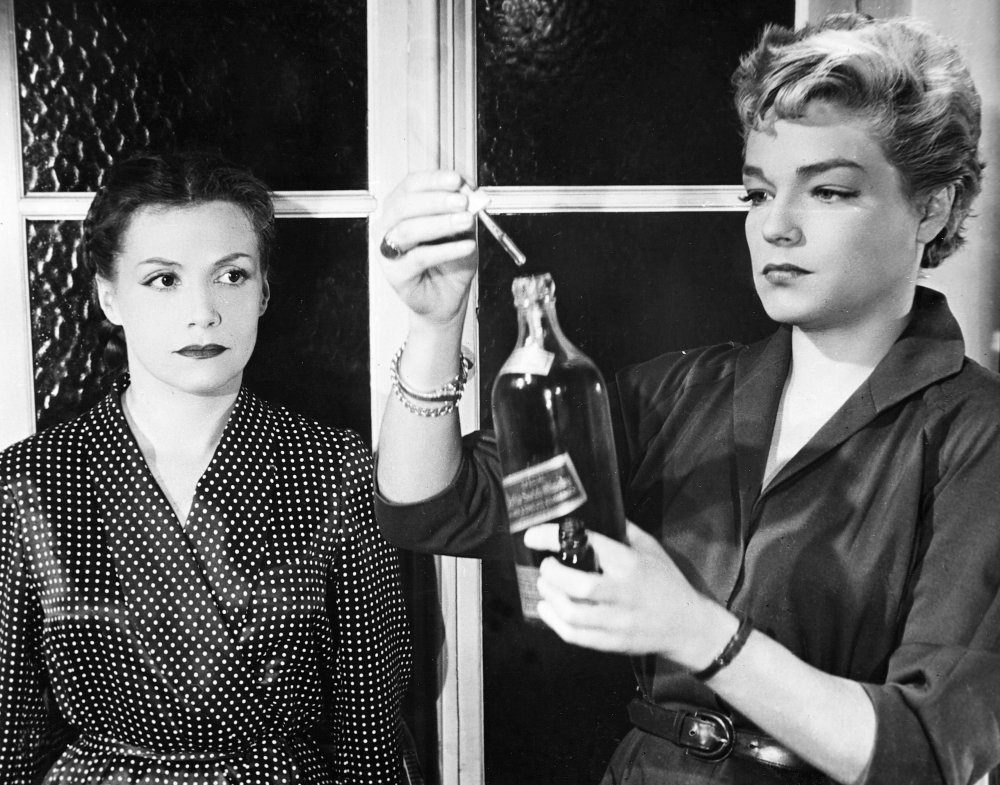 Henri-Georges Clouzot is often compared to Hitchcock, because of his mastery of clockwork suspense, but Les Diaboliques is pulpier and more demonic than any Hitchcock effort. It follows two women who plot to kill a sadistic boarding school headmaster – one of them is his wife Christina (Véra Clouzot), the other his mistress (Simone Signoret).

Clouzot’s sulphuric blend of realism and expressionism suggests that such pervasive evil, in the real-world context of a school, may have supernatural connotations. The delicious final twist was so incendiary it came with a message attached to the end credits: “Don’t be diabolical. Don’t spoil the film for your friends by telling them what happens. Thanks on their behalf.” 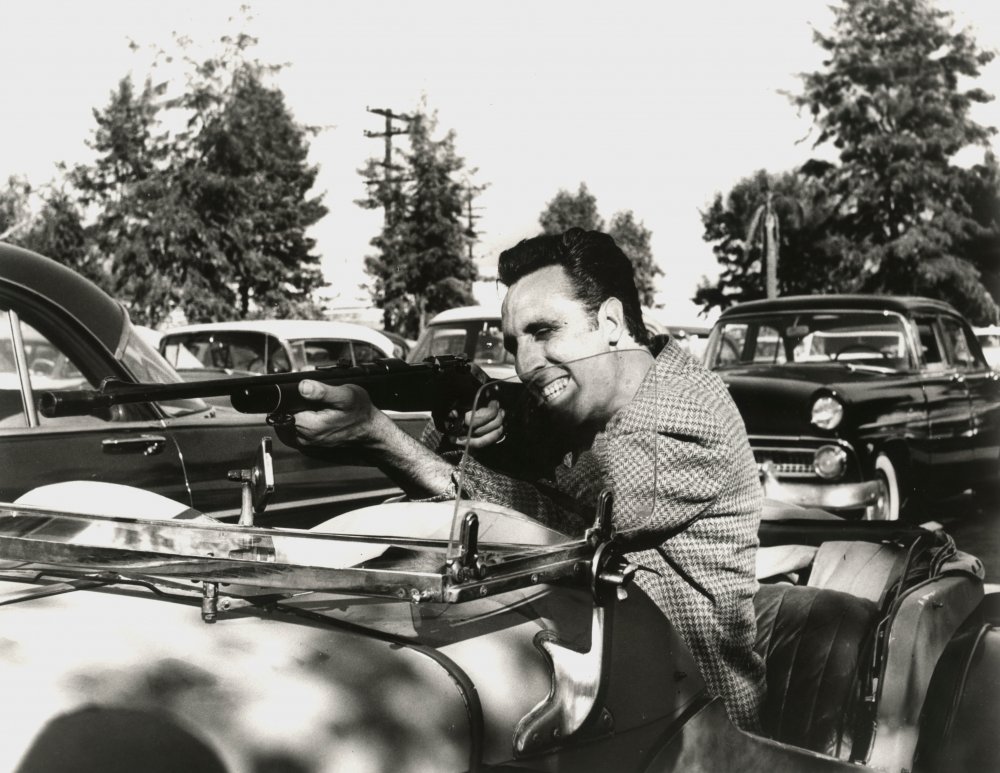 “I’ve got a peculiar weakness for criminals and artists – neither take life as it is.” So said Stanley Kubrick, aligning his profession with that of his protagonists in The Killing – a group of doomed hustlers led by Sterling Hayden. Kubrick himself practised perfection as a filmmaker (he would often demand multiple takes and paid staggering attention to the smallest details), but throughout his career he would make reference to the fallibility inherent in being human.

The racetrack heist in The Killing is corrupted at the final turn by human greed and deceit, despite the meticulousness with which the operation was planned. The quality of the film may be the greatest rejoinder to Kubrick’s own thesis – demonstrating that some human designs could indeed be quite perfect. 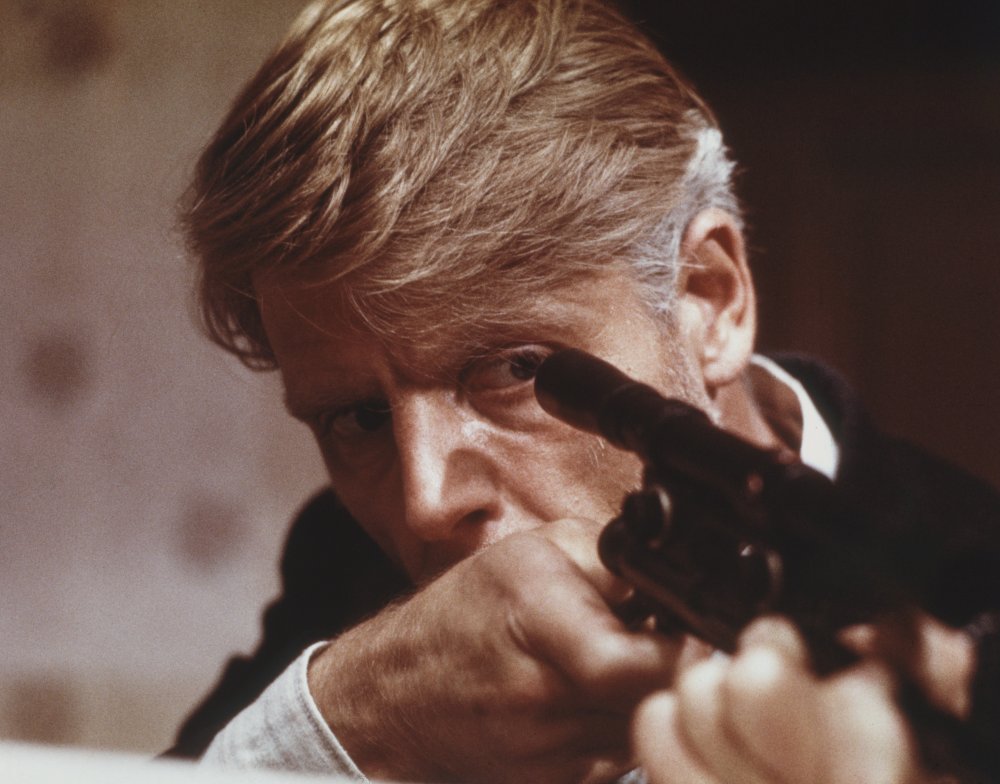 Built with a lapidist’s hand, without any direct showiness but a clinical precision, The Day of the Jackal is an impeccable perfect crime procedural adapted from Frederick Forsyth’s bestselling novel. Edward Fox plays the eponymous Jackal, a hired assassin out to murder Charles de Gaulle and collect half a million dollars, and Michel Lonsdale is the shrewd investigator who doggedly foils the plot.

Based roughly on real-events, Zinnemann said he was excited by the idea of making “a suspense film where everybody knew the end – that de Gaulle was not killed”. The rising pulse of the suspense lies in the efficiency of its construction, the documentary-style of its execution, and how, for all the Jackal’s flawless planning, fate will eventually assert its own reckoning. 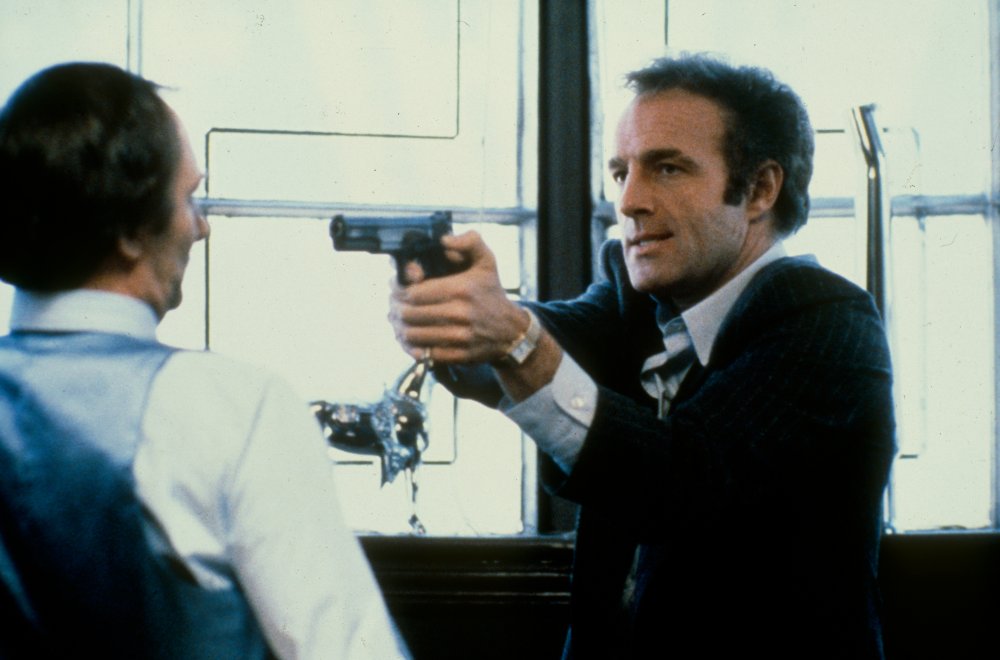 The perfect crime trope often crops up alongside another staple of the crime film: the ‘one last job’. For hardened criminals like James Caan’s Frank in Thief, that ‘one last job’ sums up the thief’s dilemma: he steals to get out of his life of crime, but the art of thievery is the only thing he knows. Frank takes on one last big jewellery heist when he starts to dream of a settled family life with cashier girl Jessie (Tuesday Weld).

In his feature film debut, director Michael Mann depicts the filigree detail of both his own and Frank’s craft in the wordless heist sequences, reducing the action to closeups and metallic sounds that recall the technical brilliance of Jules Dassin’s Rififi (1955). Anchored by a career best performance from Caan, this is visual, muscular storytelling with a deep regard for the psychology of the criminal. 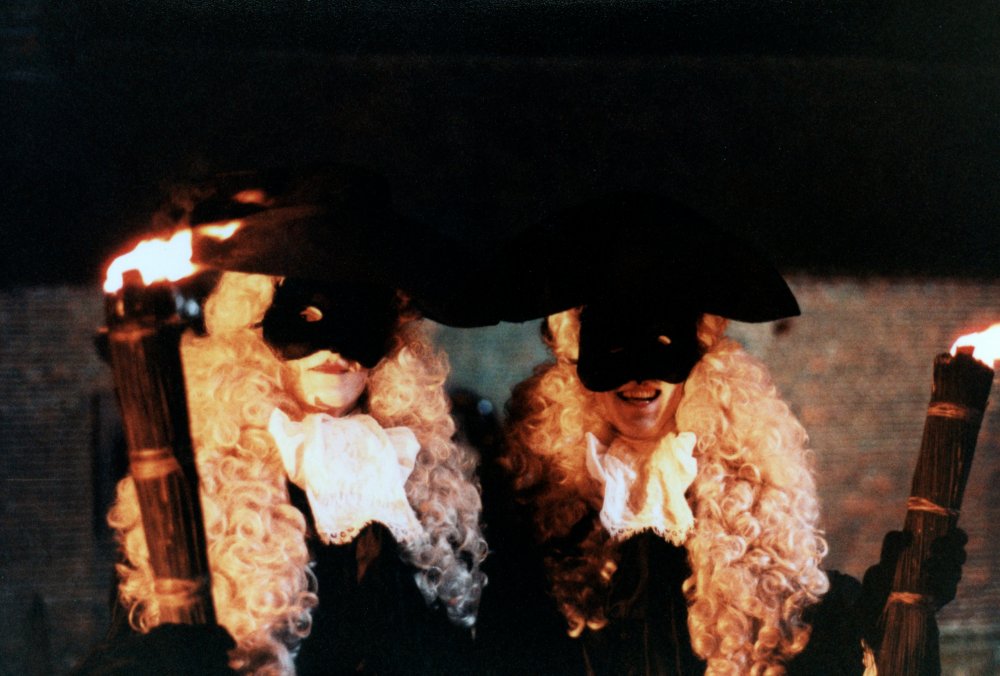 Peter Greenaway brings his painterly touch and intellectual heft to the country house murder mystery with The Draughtman’s Contract. The perfect crime here involves cocksure draughtsman Neville (Anthony Higgins), who is commissioned to make 12 drawings of the Herbert family’s Wiltshire estate in return for sexual favours from the lady of the manor, Virginia (Janet Suzman).

Greenaway applies a surreal sensibility to a conventional genre format, yet it remains one of his most naturalistic and accessible films. Its rich and sensuous imagery, outrageous Restoration wigs and costumes, witty, pun-filled dialogue, and intricate neo-Baroque score by Michael Nyman, reconstitute the world of Agatha Christie and put it into a new, cerebral puzzle. 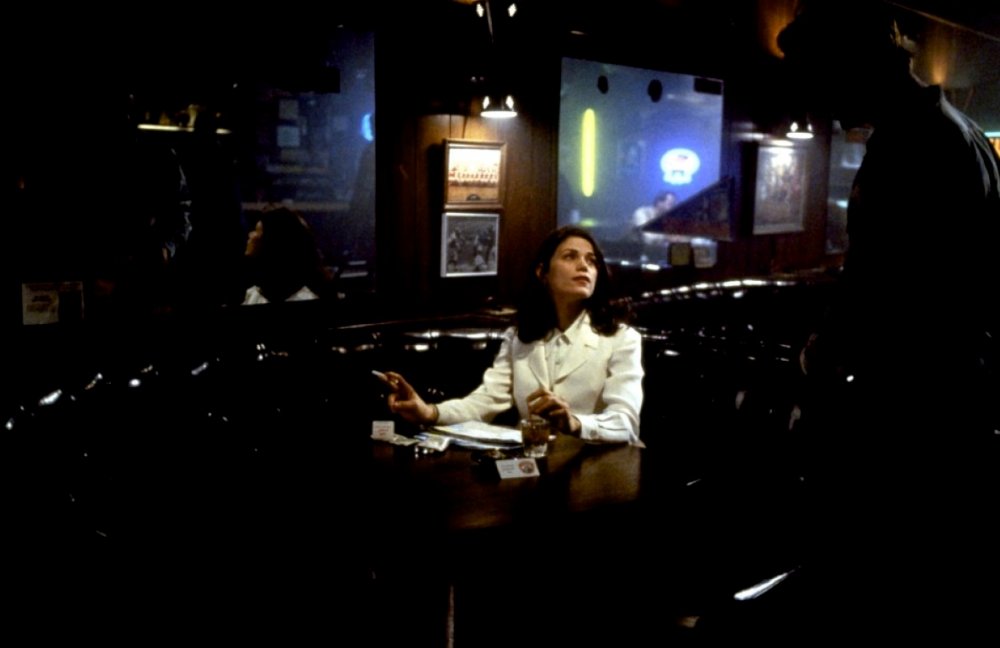 Bridget’s perfect crimes are so brazen and unburdened by planning or contingency that it suggests she pulls them off for thrills rather than monetary gain. She forces her husband (Bill Pullman) to perform a dangerous drug deal, running off with the loot while he’s in the shower, before roping in another tumescent fall guy (Peter Berg) for a new scheme. 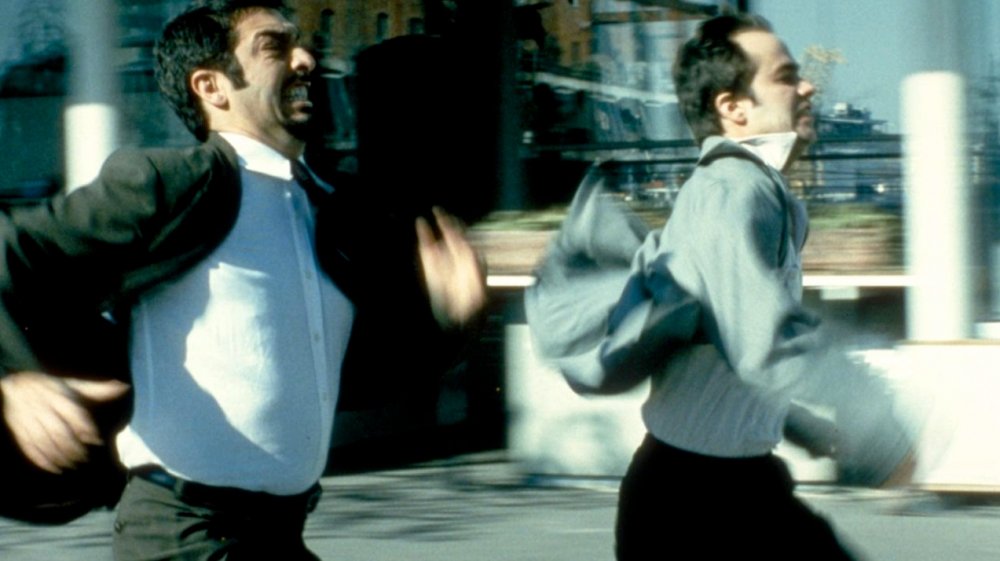 This shifty con-job film from neophyte director Fabian Bielinsky – who secured funding after winning a scriptwriting competition – is non-stop chicanery of the most breathlessly thrilling kind. It stars Ricardo Darín as professional scam artist Marco, who trains up rookie hustler Juan (Gastón Pauls) in order to dupe a rich mafioso with facsimiles of priceless rare stamps called the Nine Queens.

As in George Roy Hill’s The Sting (1973) or David Mamet’s best work (House of Games, 1987; Homicide, 1991; The Spanish Prisoner, 1997), we are willing victims of the film’s own trickery, pulled along by the glamour of the perfect crime. Bielinsky would make this something of a directorial trademark, teaming up again with Darin in 2005 for another film based around the idea of the perfect crime – the moodier character study, El aura.