10 great films about children in wartime

Not just one of the great school films, Louis Malle’s Au revoir les enfants also belongs to a grand tradition of powerful dramatisations of the experiences of children during wartime. 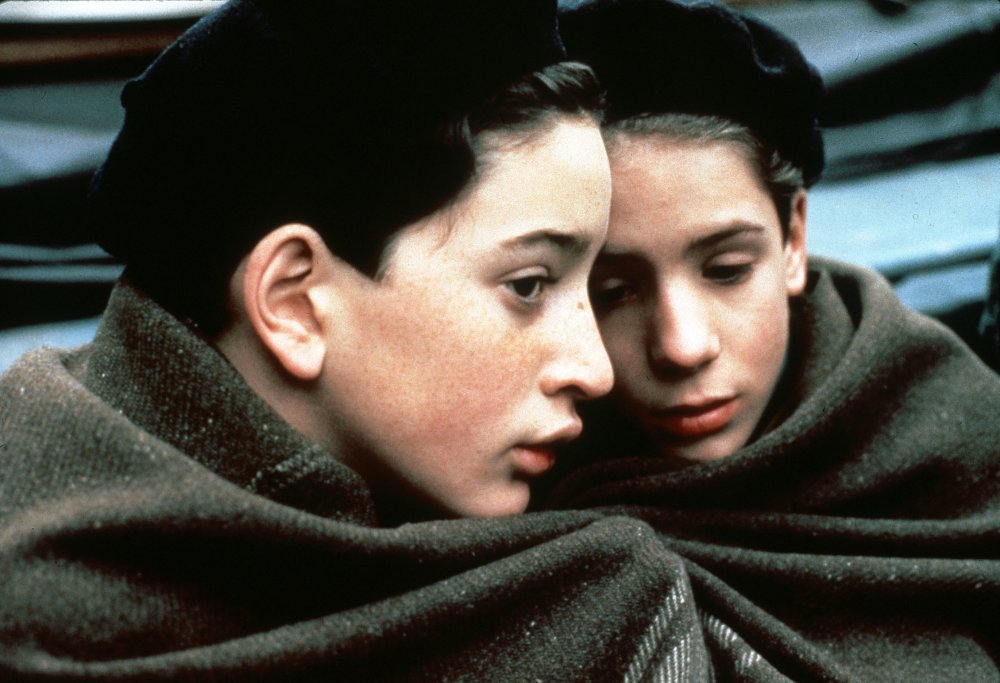 Au revoir les enfants is back in cinemas, including an extended run at BFI Southbank, from 30 January 2015

In the immediate aftermath of the Second World War, a steady stream of films started to appear focusing on the experiences of children both during and after the conflict. In pictures such as Roberto Rossellini’s Paisà (1946) and Germany Year Zero (1948), Gerhard Lamprecht’s Somewhere in Berlin (1946) and Fred Zinnemann’s The Search (1948), children are often victims of the death and destruction wrought by adults. As the decades went by, the theme of childhood and war continued to interest successive generations of filmmakers from around the world and, from the 1960s onwards, writers and directors who were children themselves at the time of WWII started to tell their stories.

Louis Malle made his first feature in 1958 but it took almost 30 years before he felt ready to revisit a harrowing episode from his childhood. His 1987 film Au revoir les enfants – back in cinemas on 31 January – tells the tragic story of three Jewish boys who hide from the Nazis at the Catholic boarding school where Malle was a pupil. “I realised there were certain distortions,” Malle told Philip French in 1993, “almost as if my imagination during those 45 years had taken over and fertilised my memory. Memory is not frozen, it’s very much alive, it moves, it changes.” Many of the titles in the following selection of films about children in wartime bear out Malle’s observation.

Given its devastating scale, more films have been made about the Second World War than any other conflict and it features heavily on the list, but I felt it equally important to include depictions of conflicts that are fresher in the memory such as the wars in Iraq and Liberia. In all of the titles, we find children trying to make sense of a seemingly senseless world. While some of the characters are victims, others are shown to embrace the chaotic nature of life during wartime. 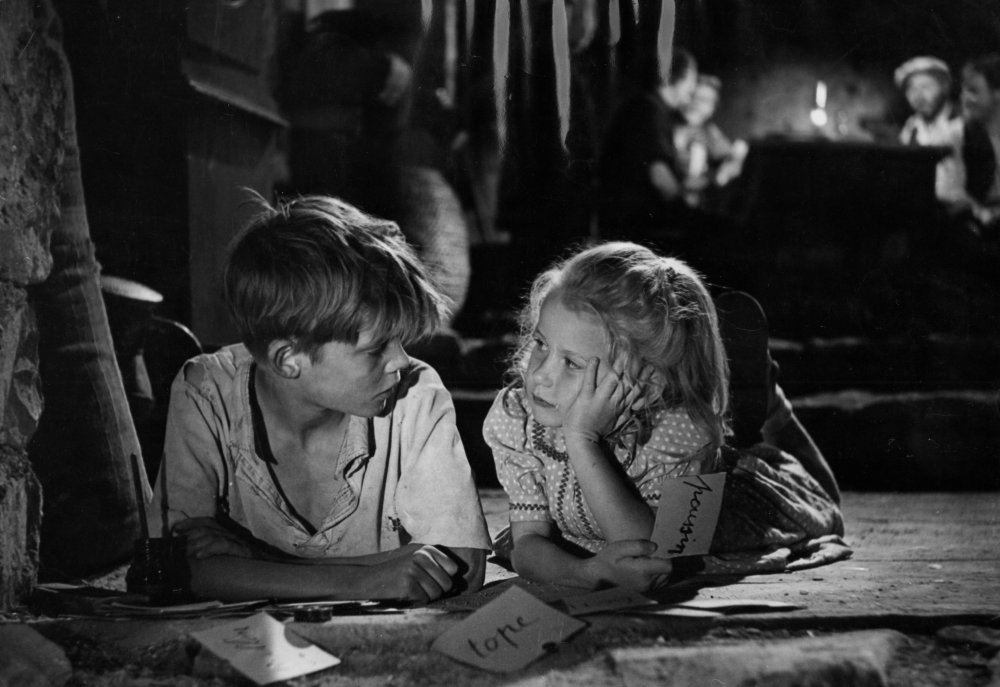 René Clément is probably best known for directing sun-soaked yet icy-at-its-core Patricia Highsmith adaptation Plein Soleil in 1960. In a career spanning more than three decades he dabbled in several different genres, including romantic dramas (1950’s The Glass Castle), comedies (1954’s Monsieur Ripois) and tough thrillers such as the 1970 Charles Bronson vehicle Rider on the Rain. However, much of his filmography was devoted to pictures chronicling the dramas and hardships of WWII, from his feature debut The Battle of the Rails (1945) to Is Paris Burning? (1966).

Set in 1940, Forbidden Games is the story of Paulette (Brigitte Fossey), a five-year-old girl who is reluctantly taken in by a peasant family after her parents are killed in an air raid. She develops a friendship with her adopted family’s youngest child, 10-year-old Michel (Georges Poujouly) but finds it difficult to come to terms with her terrible loss. 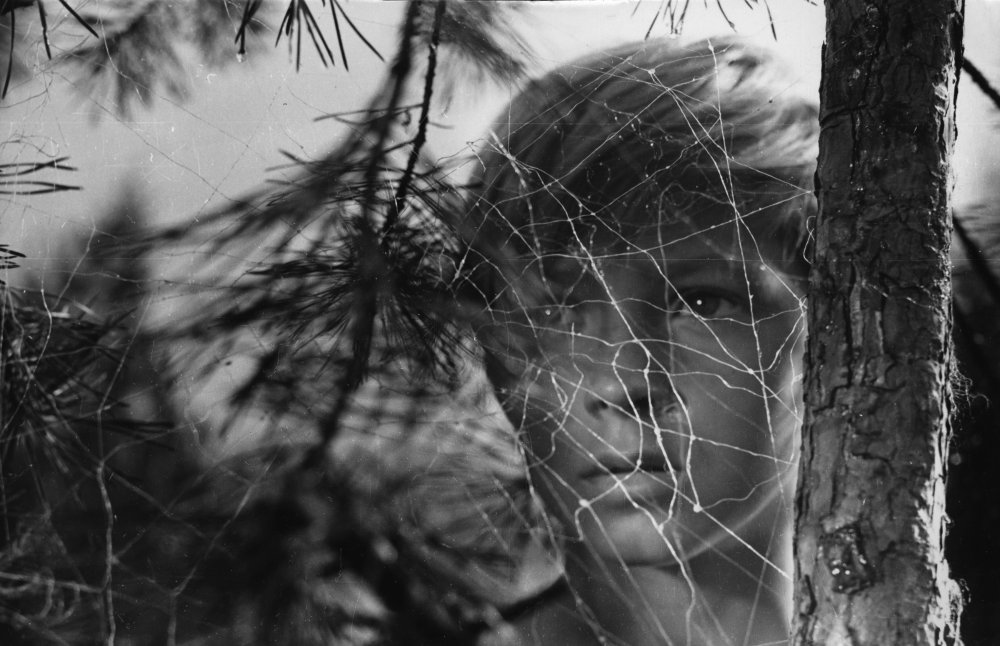 In the Soviet cinema of the post-Stalinist period, the so-called ‘quiet war film’ (Mikhail Kalatozov’s The Cranes Are Flying, 1957; Grigori Chukhrai’s Ballad of a Soldier, 1959) highlighted the human cost of war. Ivan’s Childhood, Andrei Tarkovsky’s first feature film, adapts a story by Vladimir Bogomolov and tells of the (mental and physical) experiences of its 12-year-old protagonist (played by Nikolai Burlyayev), a scout for the Soviet Army.

The director constructs two sharply contrasting worlds – the young boy’s reality is cloaked in dark, dank shadows while his dream life is idyllic and bathed in a soft, nurturing sunlight. When the film went on to share the Venice Film Festival’s prestigious Golden Lion with Valerio Zurlini’s Family Diary (1962), it was criticised in some quarters for its expressionist and symbolic elements; this led to an impassioned defence of the picture by none other than Jean-Paul Sartre. 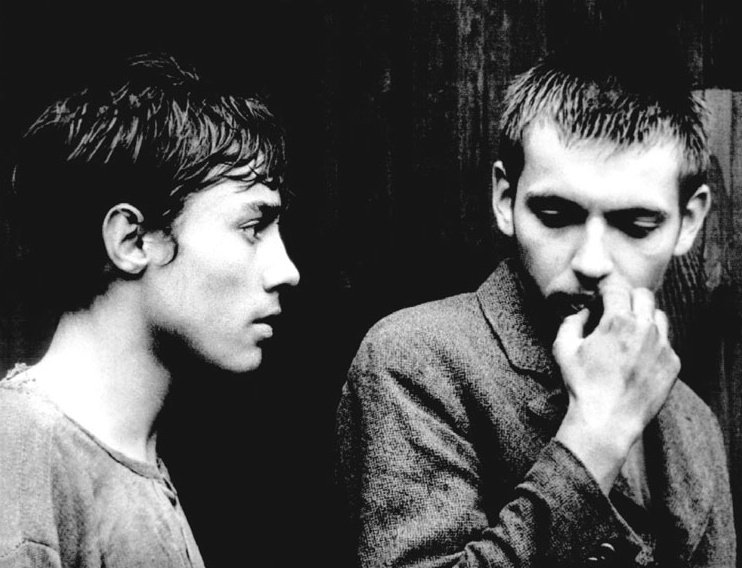 The Czech writer Arnošt Lustig was in his teens when he witnessed at first-hand the horrors of the Holocaust. He found himself in Theresienstadt concentration camp at the age of 16 and was then transported to Buchenwald and Dachau. He managed to survive for three years to return to his hometown of Prague where he took part in the Prague uprising in 1945.

Lustig’s fiction would draw on his wartime experiences to powerful and visceral effect and two of his works were later adapted for the screen by Jan Němec, including 1964’s Diamonds of the Night, the director’s first feature. Spare, uncompromisingly raw and experimental in structure, the film follows two Czech boys (Ladislav Jánsky and Antonín Kumbera) who escape from Nazi custody only to be hunted down by the grotesque figures of the home guard. In an interview in L’Avant-Scène Cinéma from June 1966, Němec praised Lustig’s work for its depiction of “man’s struggle for dignity and survival”. 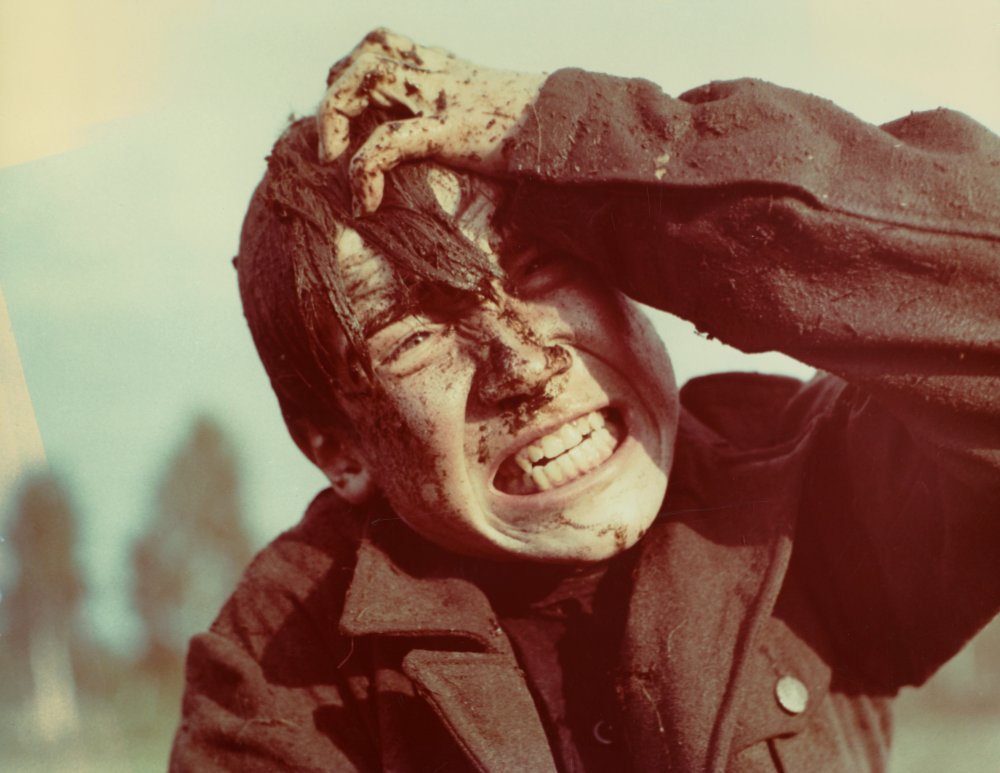 Elem Klimov’s film only belatedly gained the acclaim it deserved, thanks partly to endorsements from luminaries such as Steven Spielberg and J.G. Ballard. In an interview with the New Statesman, Ballard called it the “greatest anti-war film ever made” while Spielberg was influenced by the immediacy of Klimov’s formal approach while making his 1998 film about the D-Day landings and their aftermath, Saving Private Ryan.

Come and See tells of the horrific journey of Flor (Alexei Kravchenko) who we see – very visibly – transformed from a playful teenager to emotionally scarred partisan as he is forced to witness the barbarism of the Nazi occupiers. Klimov’s approach blends unflinching realism with nightmarish expressionism, his steadicam roaming free to capture every gruelling second of a truly apocalyptic vision. 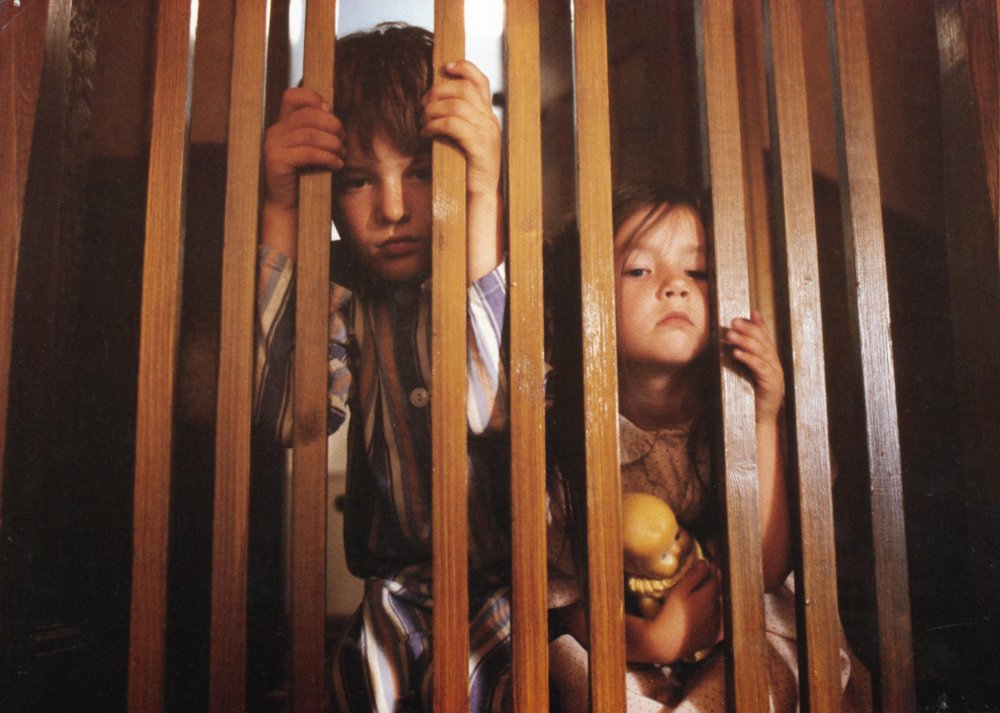 As Louis Malle did with Au revoir les enfants, John Boorman drew directly from his childhood memories rather than the testimonies and memoirs of others for his 10th feature, Hope and Glory. The director initially had trouble securing financing as producers couldn’t understand why a seemingly small, intimate film had such an elevated budget, but this was down to Boorman wanting to recreate the street where he lived as a child (Rosehill Avenue, Carshalton) entirely as he remembered it.

The film focuses on Billy (Sebastian Rice-Edwards), a 10-year-old boy who experiences London of the Blitz as an explosion of colour, as a great adventure. He lives with his parents and two sisters and – far from characters in lugubrious ‘rubble films’ of the immediate post-war period – has great fun playing on the city’s bombsites with his friends. After their home is destroyed by fire, the family goes to stay with grandfather George (Ian Bannen), where Billy spends a glorious summer. Boorman has now made a follow-up to Hope and Glory called Queen and Country in which he reintroduced the character of Billy, played as an 18 year-old by Callum Turner. 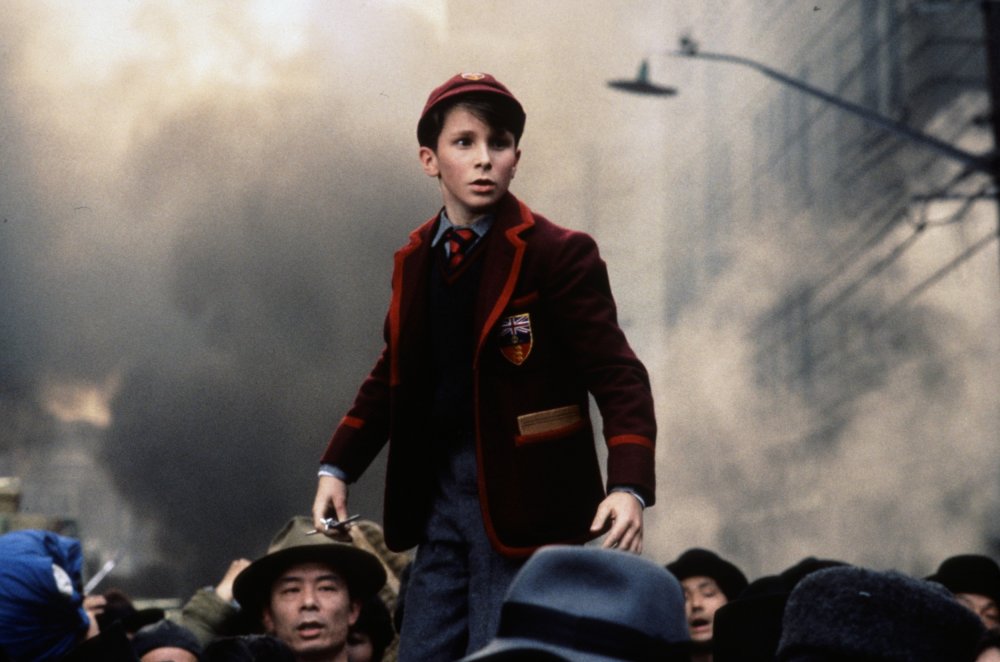 With several enormous successes behind him, including Jaws (1975), E.T. (1982) and two Indiana Jones films, Steven Spielberg took on directing duties for a film set during WWII which had interested directors of the calibre of David Lean. Based on J.G. Ballard’s semi-autobiographical 1984 novel, Empire of the Sun tells of Jamie Graham (Christian Bale), a schoolboy from a middle-class British family living in Shanghai. After the Japanese occupation, he is separated from his parents and is forced to negotiate an anarchic, war-torn landscape.

Like Ivan’s Childhood and Come and See in particular, the film is about a childhood brutally cut short. “Anyone who has experienced a war first hand knows that it completely overturns every conventional idea of what makes up day-to-day reality,” Ballard told Travis Elborough in 2006. “You never feel quite the same again. It’s like walking away from a plane crash; the world changes for you forever.” 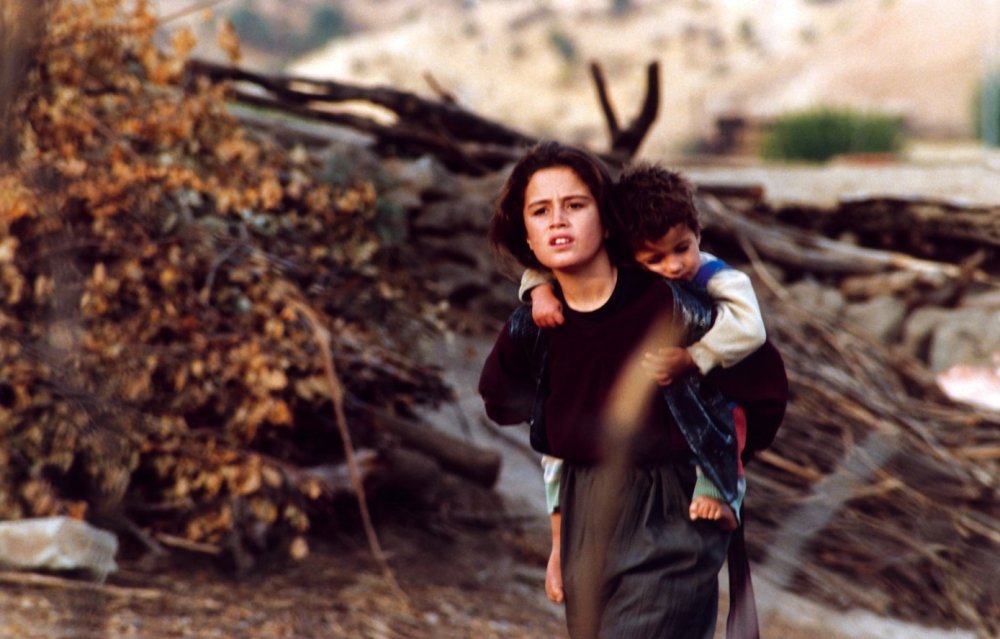 The extraordinary affinity of Iranian cinema with the world of childhood has produced several important films over the past 30 years, from Mohammad-Ali Talebi’s Willow and Wind (2000) to Bahman Ghobadi’s A Time for Drunken Horses (2000). In 2004, Ghobadi made Turtles Can Fly, a film following the lives of a group of children living on the Iraqi-Turkish border just before the American invasion of Iraq. Their leader is the tenacious, baseball-capped teenager Satellite (Soran Ebrahim), so-called because he installs antennas and dishes for local villages to receive news from the outside world. Satellite keeps a close eye on his fellow children (many of whom are disabled) and assigns jobs for them to do.

“It’s my belief that us Kurds pass over childhood,” said Ghobadi in a 2009 interview with Gilda Boffa and Zoya Honarmand. “I can say that my films aren’t about children at all; they’re about people who have small bodies, but great spirits.” 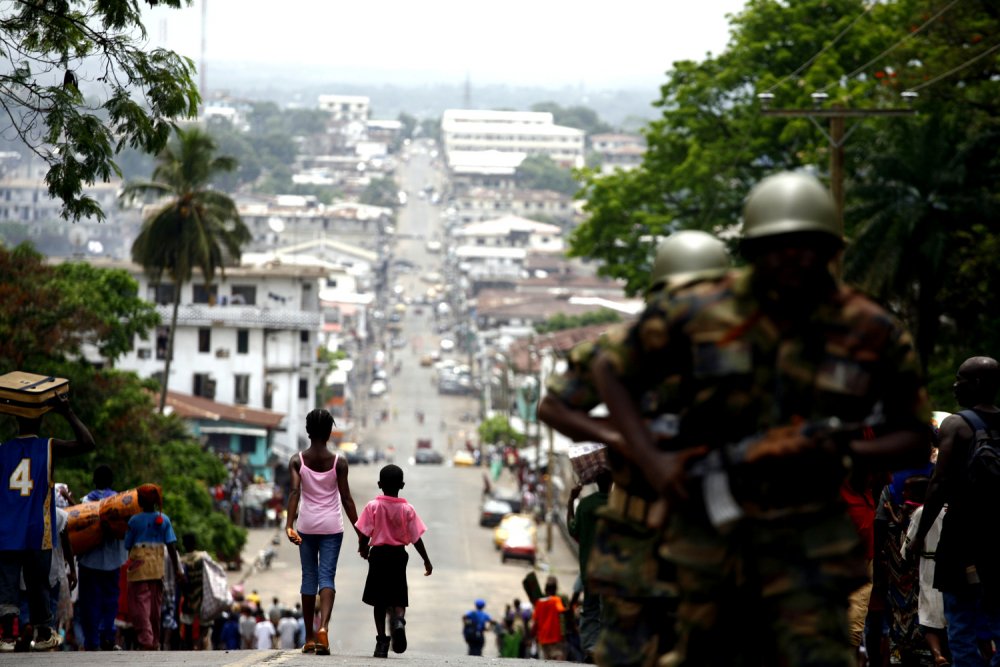 “We were going to loot until there was nothing left to be looted, whether that took 24, 48 or 72 hours, or as long as a week,” says the eponymous AK-47-wielding African child soldier in Emmanuel Dongala’s 2002 novel Johnny Mad Dog. “Even the VIP we were fighting for, the guy who’d been president of the country for the past few hours, ever since we’d captured the city, even he couldn’t stop us.”

Filming in Liberia, French director Jean-Stéphane Sauvaire brings Johnny Mad Dog to the screen and retains much of the source novel’s rawness (“My weapon is my mother and my father!” screams one of the soldiers when he’s confronted by UN guards). As in the novel, Sauvaire contrasts the story of Johnny (Christopher Minie) with that of Laokolé (Daisy Victoria Vandy), a girl of a similar age who we see taking care of both her father and younger brother. 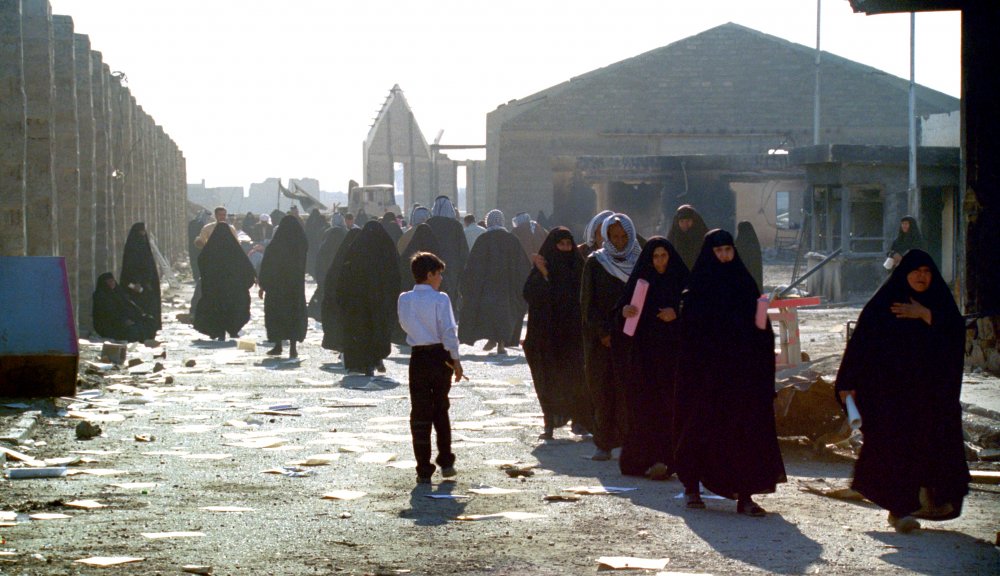 Mohamed Al-Daradji’s first film Dreams (2006) employed neorealist aesthetics (non-professional actors, location shooting) and a non-linear storytelling style to tell the story of three characters from a mental institution in Iraq. The director continued to draw on the formal tropes of neorealism for his second feature Son of Babylon (2010). Set just weeks after the fall of Saddam Hussein in 2003, the film follows the journey of elderly woman Um-Ibrahim (Shehzad Hussen) as she searches for her adult son who has been missing for more than a decade. Accompanying Um-Ibrahim on her search is 12-year-old grandson Ahmed (Yassir Taleeb) who carries his missing father’s flute with him wherever he goes. 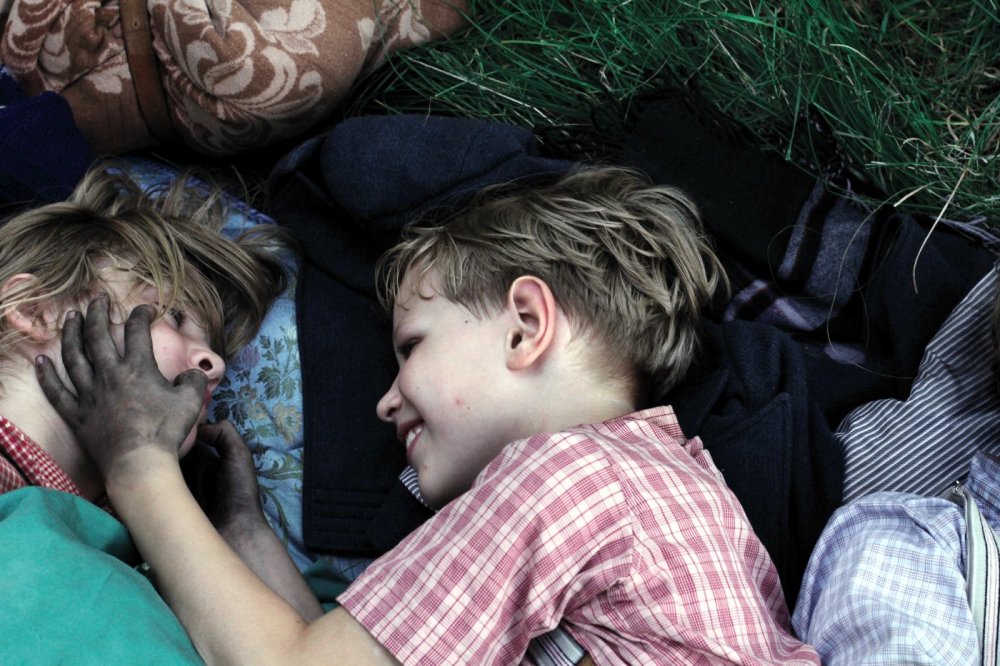 Based on one of the stories in Rachel Seiffert’s 2002 book The Dark Room, Cate Shortland’s second film tells of five siblings taking on a punishing wartime journey and is thus reminiscent of several earlier films about childhood and war – notably Come and See. Indeed, when Seiffert and Shortland first met, the novelist showed the Australian director Klimov’s film for inspiration.

The protagonist of Lore (2012) – played brilliantly by Saskia Rosendahl – is a 16-year-old Nazi officer’s daughter on the cusp of adulthood who still clings to National Socialist ideology. In a 2013 interview with Sight & Sound, Shortland highlights Seiffert’s “humanist intellect and compassion” and reveals that the most difficult aspect of the project was not making an “apologist film” but one that leaves viewers to make up their own mind. 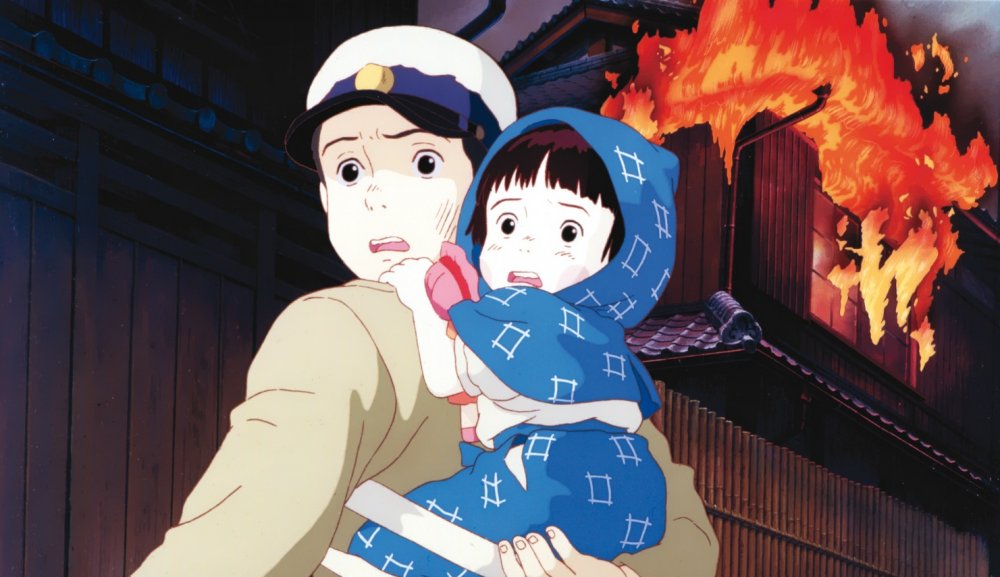 To our list above, you voted to add these great films about children in wartime…

Yes, Studio Ghibli masterpiece Grave of the Fireflies, the story of a young brother and sister caught up in the devastation of the Second World War, was the runaway favourite this week, with the John Thaw-starring TV movie of Goodnight, Mister Tom coming in second place. There were votes for films from far and wide, with Italian movies (Germany, Year Zero; Life Is Beautiful) and German movies (The Tin Drum, Die Brücke) both placing very highly, along with an early 60s Polish classic: Stanisław Różewicz’s Birth Certificate.

Related to 10 great films about children in wartime