10 great films about the afterlife

What comes after death? From Orphée to Beetlejuice, these 10 films imagine the unknowable. 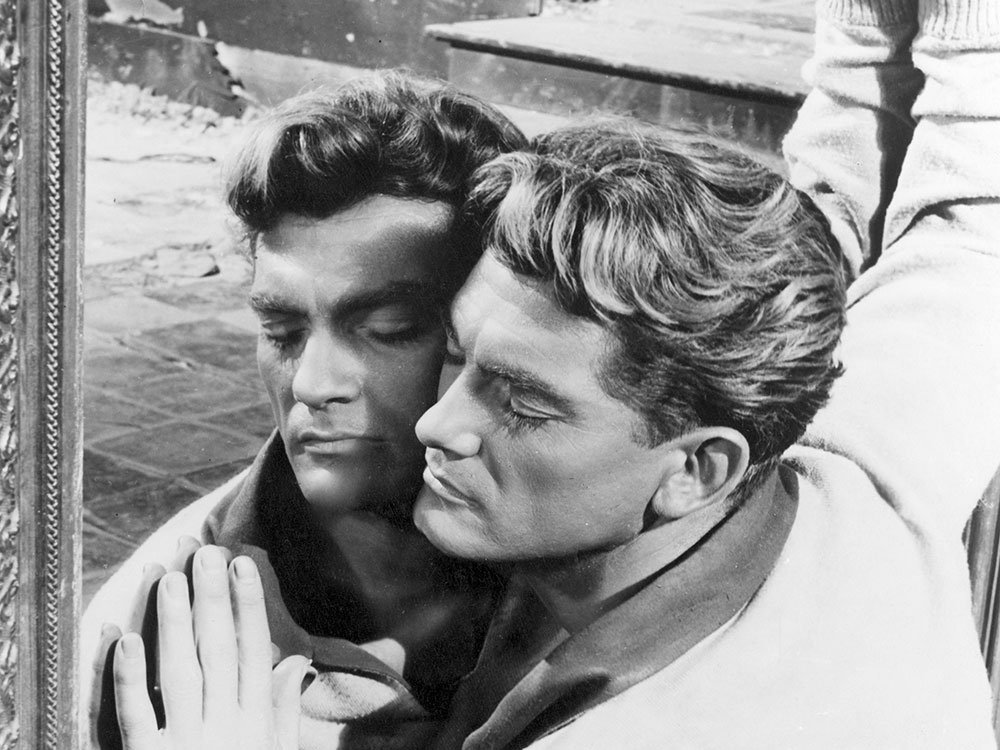 Orphée is back in cinemas from 19 October

It’s the one thing we all have coming, the one thing no one has ever returned from to report upon, and therefore the single greatest mystery – speculated, philosophised, prayed and written about since life began: what happens to us after we die?

“Nothing” might be a reasonable, rational guess for scientists and atheists alike, but it’s a fairly unsatisfying stance for artists to take. Long before cinema’s birth, painters, poets and composers attempted, largely inspired by religion, to get to grips with the afterlife. Accordingly, heaven and hell, angels and devils, featured prominently. Ghosts crept into the mix too, spiritual or secular, but always with unfinished business here on Earth. It made shuffling off our mortal coil seem more like an ongoing journey than final destination. Whether something to fear, or eternal salvation, the afterlife was very much a living, breathing presence, not an absence.

Movies have long taken advantage of this, taking great pleasure in visualising just what lies beyond. Whatever their vision – grand celestial pearly gates or drab office-like work space – it’s fascinating that the human need to restore meaning and reason to our conception of the afterlife usually wins through.

Even a genuinely great, original film like Michael Powell and Emeric Pressburger’s A Matter of Life and Death (1946) can’t help but organise a procedure for what happens ‘up there’. And no matter how close to the truth any of these filmmakers below may or may not be, their works show that there’s no end to the human imagination. 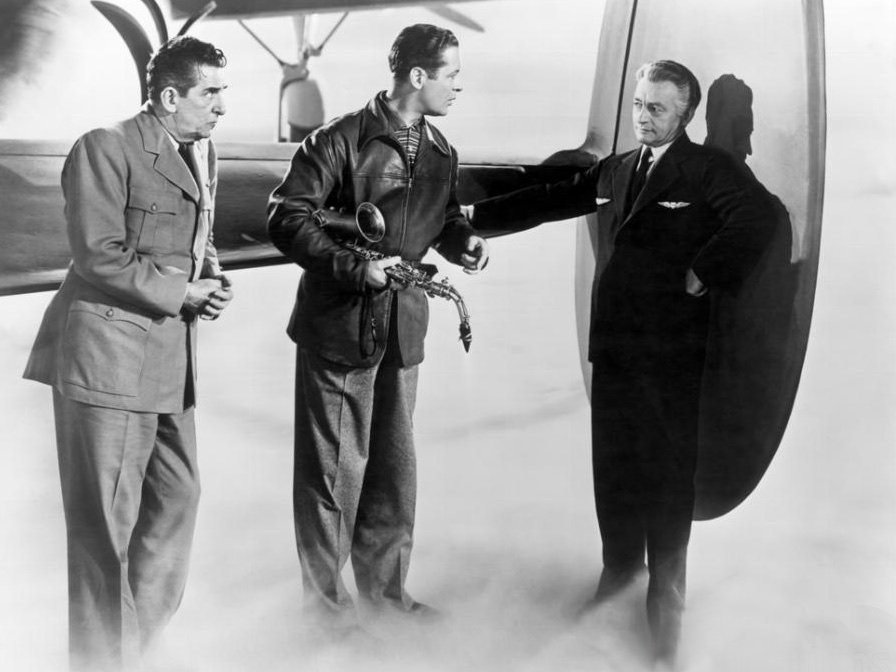 And here comes the romantic comedy, based on an unproduced stage play, the success of which inspired not just the wave of afterlife-themed 1940s movies (A Guy Named Joe, Heaven Can Wait, Down to Earth) but two subsequent remakes. A working-class boxer is taken up to heaven 50 years too soon, and so, head honcho Mr Jordan (the great Claude Rains at his most effortlessly urbane) sends him back down in the body of a millionaire – who himself is about to be murdered…

The afterlife here is a fog-filled airport runway, its transit passengers processed in an orderly, though not foolproof, fashion. And while the idea of reincarnation is ripe for witty repartee and physical comedy, there’s a genuinely bittersweet undertone. Here Comes Mr. Jordan was released just months before Pearl Harbour and America’s entry into the Second World War, and amid the laughter emerges an undeniable tension, with the spectre of ordinary people being taken away before their time. 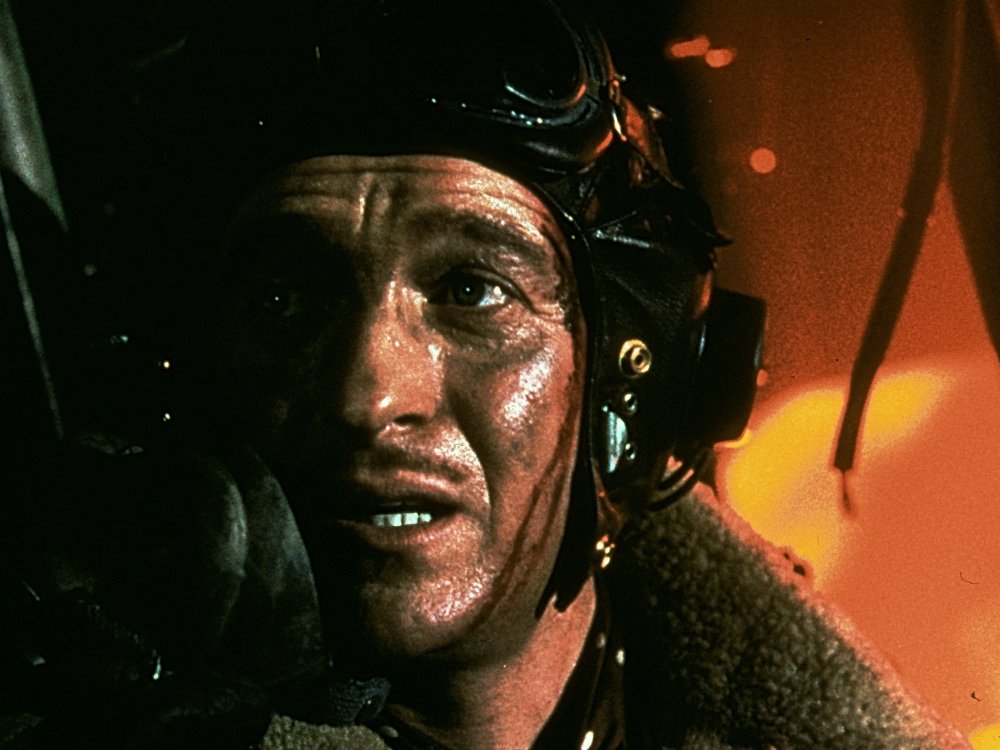 With A Matter of Life and Death (known as Stairway to Heaven stateside), the Archers’ (Powell & Pressburger) original target was a vehicle to broaden post-Second World War Anglo-American collaboration. Working at the height of their powers, however, they transformed a propaganda exercise into what’s likely the most magical, romantic British film ever made.

Shuttling between our world and the next, we follow the plight of a young RAF pilot (David Niven) who miraculously survives being shot down and, as in Here Comes Mr. Jordan, is mistakenly taken up. He’s then forced to undergo a celestial trial to prove he should be reunited with the woman he loves. It’s a film in love with life itself, bursting with imagination (Earth shot in vibrant colour, heaven in monochrome), innovation (designer Alfred Junge’s sweeping next-world staircase) and witty self-awareness – when Marius Goring’s flamboyant heavenly agent descends to rainbow-hued England, he knowingly sighs, “one is starved of Technicolor up there.” 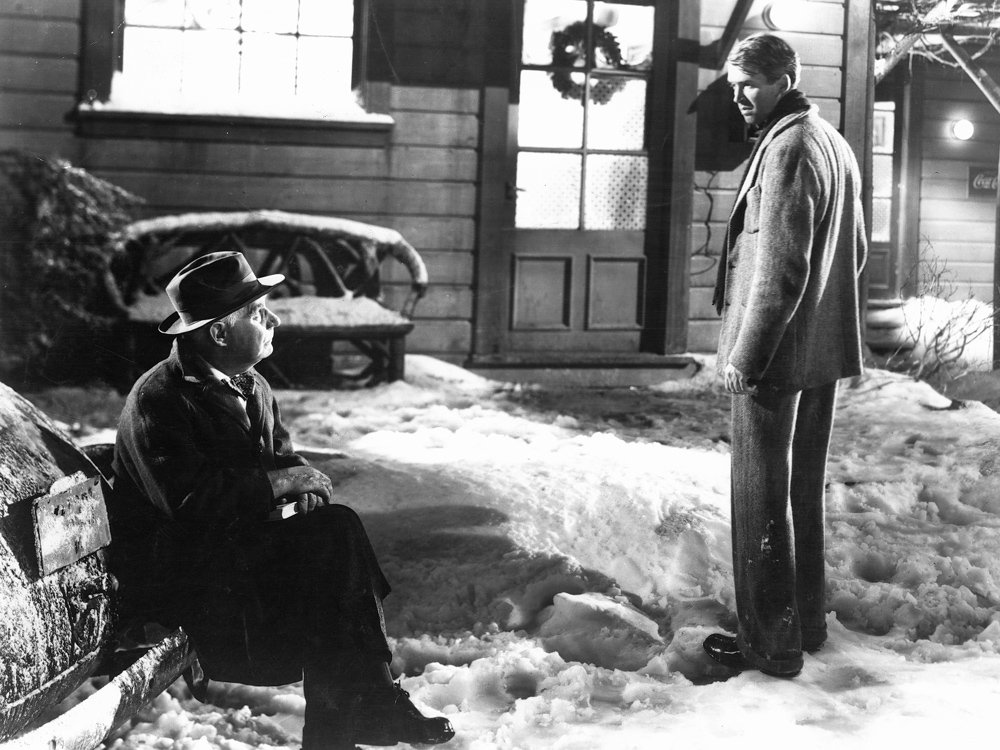 George Bailey (James Stewart), facing ruin and humiliation in his small hometown of Bedford Falls, feels his existence is meaningless and contemplates suicide. It takes a trainee angel, Clarence (Henry Travers), to come down and show Bailey just what a difference he has made to those around him, and why this everyman’s – and indeed, every man’s  – life matters.

It’s a canny shift on the afterlife scenario, effectively positing a series of alternative, downgraded futures produced by Bailey’s erasure from the past. Now a staple of festive, family, feelgood entertainment, it’s easy to fix on the film’s twinkly early charms and forget the raw desperation in Stewart’s performance as Bailey comes undone. He and director Frank Capra, scarred by their own wartime experiences, evoke a genuine darkness that makes Bailey’s salvation all the sweeter. It’s a Wonderful Life is that rare film that earns its climactic tears of joy, and deserves its resurrection as a beloved American classic. 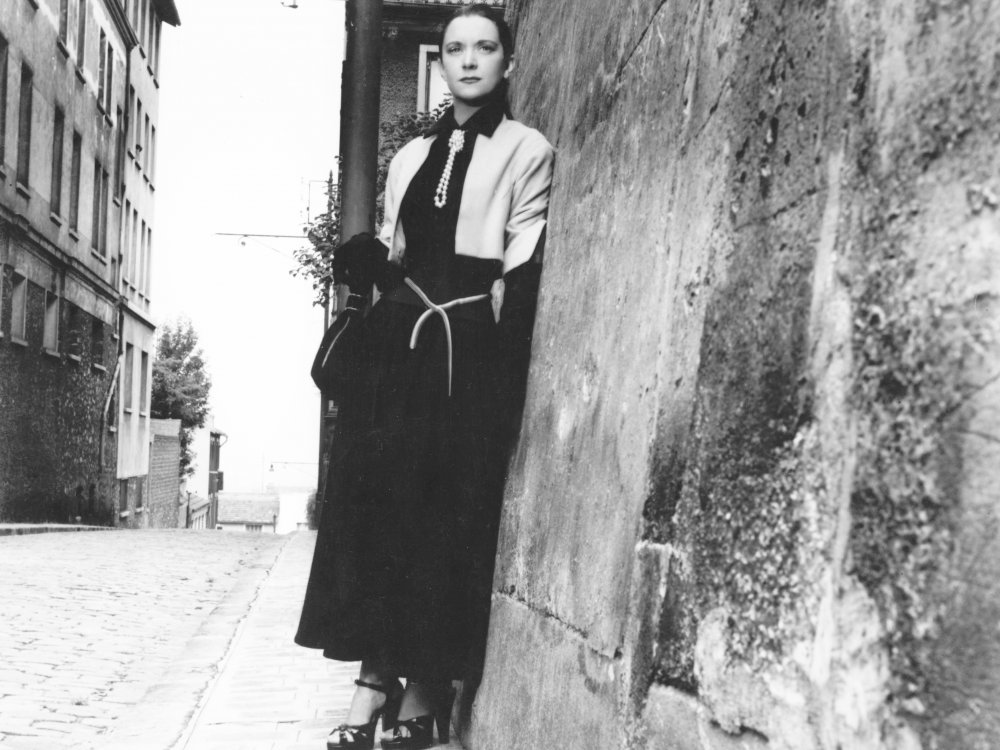 In Orphée, poet and filmmaker Jean Cocteau recasts the Greek myth about the poet who descends into hell to rescue his dead wife as a unique cinematic spell about the price of an artist’s immortality. He also contorts the fable to make Death – here personified as a femme fatale in arm-length black gloves – an active participant in a complicated love quadrangle.

Cocteau’s inventive, practical visual effects use mirrors, water and reversed film to enter the underworld, an austere place of abandoned ruins and stony-faced bureaucracy, where Orpheus – played with brooding dynamism by his La Belle et la Bête star Jean Marais – makes his stand. But Cocteau’s clear ambivalence about the sacrifices entailed in creating art gives the film its fitting existential crisis – one where fatality isn’t necessarily confined to another dimension. “Mirrors are the doors by which death comes,” notes one character sagely. “Look a lifetime in a mirror and you will see Death at work.” 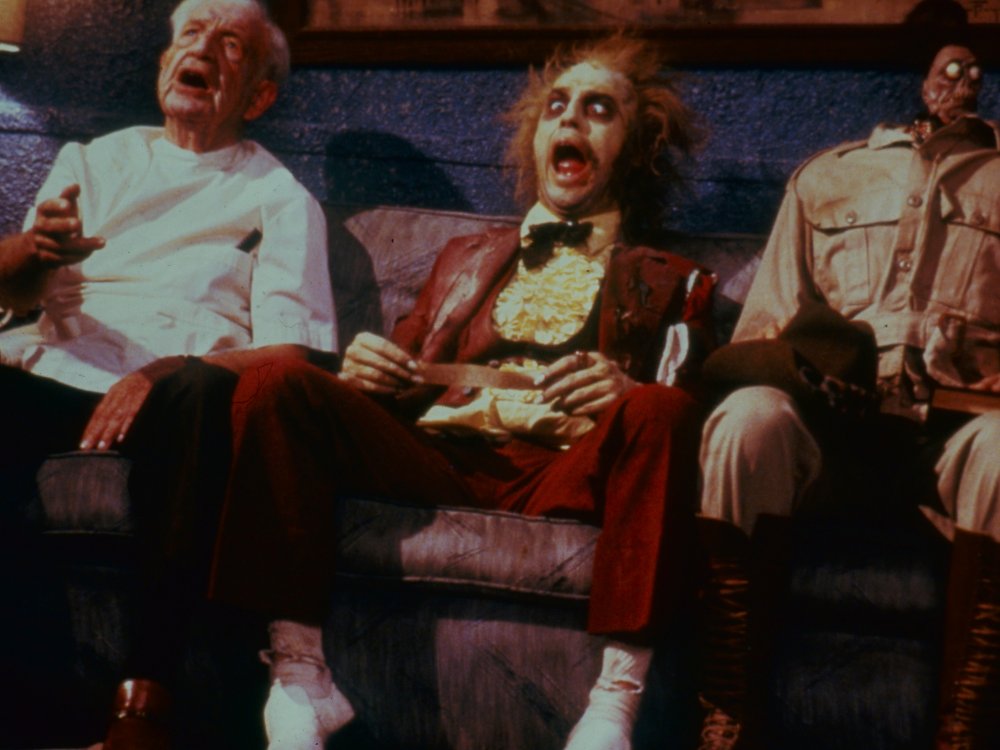 It’s surprising how regularly filmmakers cast the afterlife, a realm of surely infinite visual possibility, as grey, bureaucratic and, well, a wee bit dull. All of which made Tim Burton’s breakthrough movie, with its goofy, gaudy, gothic sensibilities, a breath of fresh air in fantasy cinema.

A recently deceased couple is desperate to rid their home of the living and so foolishly enlist the eponymous demonic ‘bio-exorcist’ from beyond to help out. Beetlejuice is an infectiously fun blend of candy-coloured visuals, stop-motion animation, unlikely calypso dance numbers, game rising Hollywood stars (Geena Davis, Alec Baldwin, Winona Ryder) and Michael Keaton’s delirious, fairly adult-oriented, star turn. As befitting Burton’s freak-friendly worldview, the dead and the living can co-exist eccentrically ever after. And though he would delve even further beyond the grave with 2005’s enjoyable stop-motion animation Corpse Bride, Beetlejuice remains “the ghost with the most”. The afterworld never felt so alive. 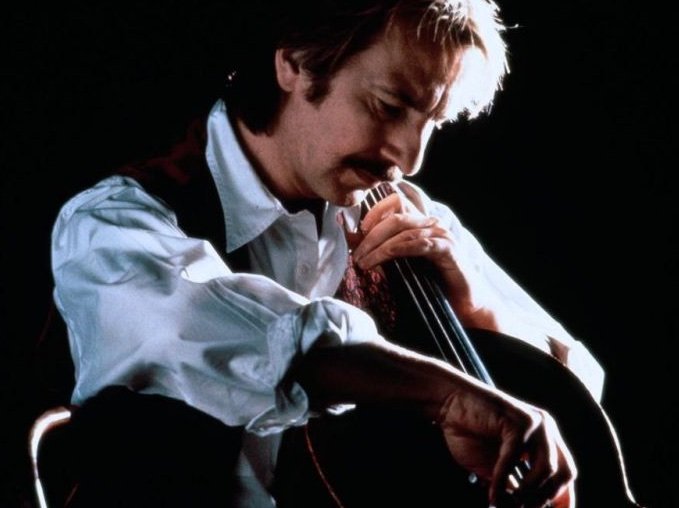 Sometimes haughtily dismissed as “the thinking person’s Ghost” due to its release soon after 1990’s Hollywood smash hit, Anthony Minghella’s British feature debut is pure, raw emotion: a shattering, intimate portrait of unvarnished grief. Overwhelmed by the loss of her cellist lover Jamie (Alan Rickman), Nina (Juliet Stevenson) is even more pole-axed when he suddenly reappears in her living room one night. Her most fervent wish granted, the realities of Jamie’s reappearance, complete with amiable but intrusive friends from the hereafter, starts to impact on the couple’s revived relationship.

Minghella’s delicate, frequently wry chamber piece deliberately keeps everything ‘otherworldly’ largely unspoken and off screen; hell can be a freezing, cramped London flat. Instead he taps the process of mourning and letting go: life after death. Originally called Cello, the film resonates with the truest, deepest, human chords, grounded by superb performances from Rickman, now himself dearly missed, and the astonishing, soul-baring Stevenson. 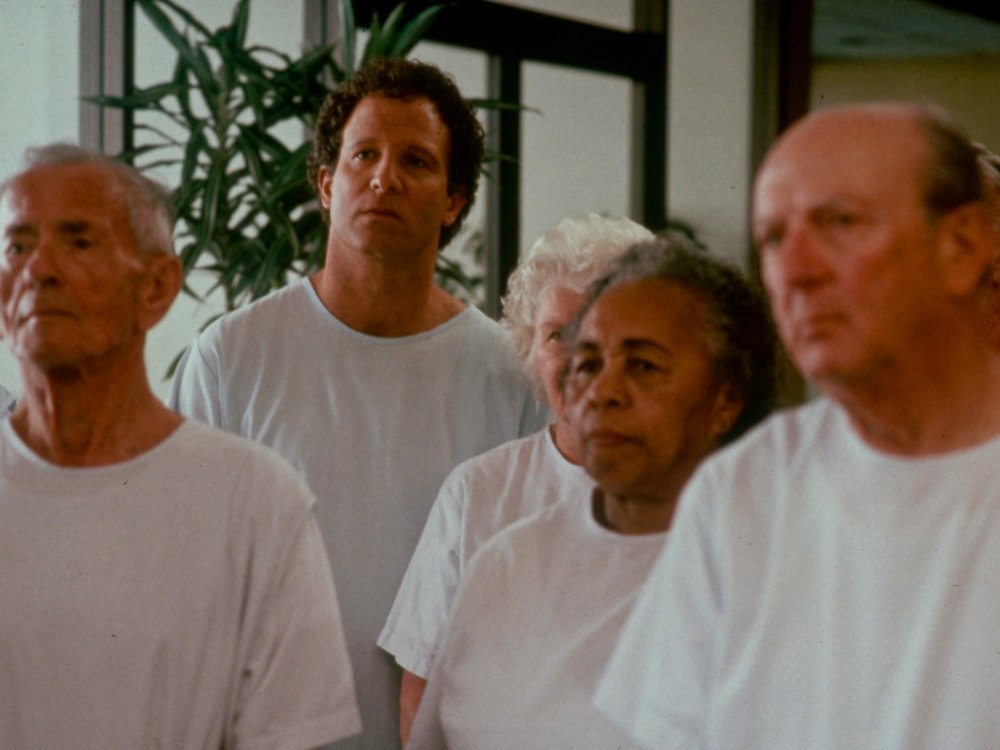 There’s a strong case that every Albert Brooks movie character is stranded in a metaphorical Judgment City, his foibles and follies brutally scrutinised and itemised to foil any attempts at future happiness. Defending Your Life just happens to make the concept literal. Here, Brooks pitches up in the afterlife pit stop where the departed must justify their most recent existence in court. Succeed and proceed to the next phase; fail, and become a repeat earthbound offender. Not the best time or place, then, to fall in love with saintly Meryl Streep…

Brooks has great fun milking his purgatorial concept, Judgment City as guilt-free holiday resort plus guilt-ridden puritanical trial, where hilarious video clips of his worst moments in life are used to condemn him. But there’s a warmth and greater optimism than usual here, buoyed by an effervescent Streep’s then-rare lighter role. One of the 1990s’ best comedies. 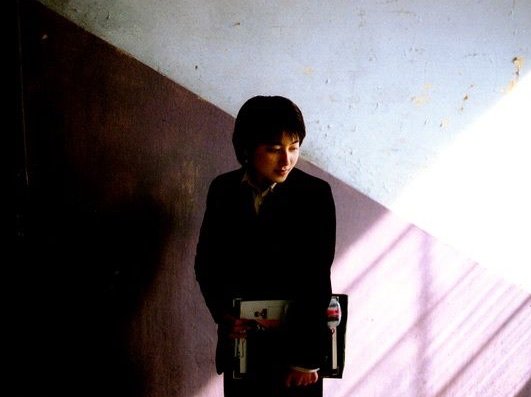 What one memory would you take with you? The recently deceased, arriving in a modest way station that resembles a nondescript though verdant Japanese retreat, get three days to decide. It’s often not easy. A family event, a childhood delight, a seemingly inconsequential encounter? But eventually this memory of choice is then recreated and filmed by a team of dedicated caseworkers, to be your personal meaning of happiness for eternity.

Hirokazu Koreeda’s brilliant conceit is to mix scripted actors with real-life testimonies in the early section, as if we’re watching an otherworldly documentary. He carefully observes the stresses on visitors and staff alike, and the sheer labour – building sets, acquiring props, inventing visual effects – of memory recreation evokes the transient yet immortal nature of filmmaking itself. After Life is a beautifully allusive comment on Koreeda’s own profession and yet, quietly, insistently, so much more: a profoundly personal, humanist masterpiece. 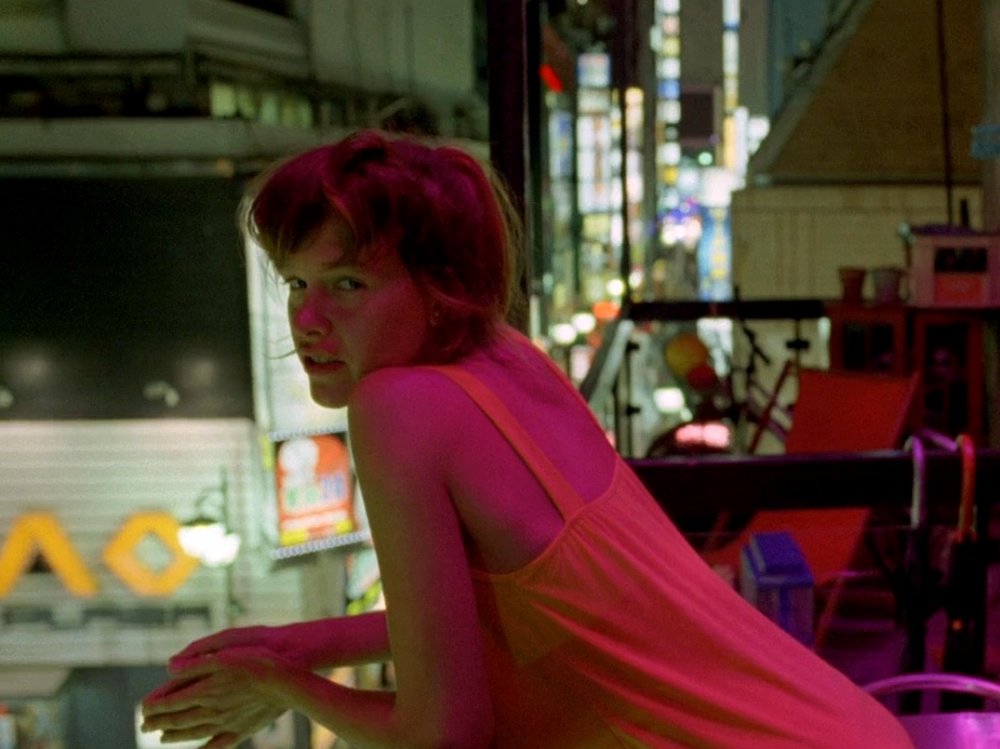 A sensory overload from habitual shock tactician Gaspar Noé (Irreversible, 2002) that pushes boundaries from its pulsating, strobing opening titles through to its climactic intrauterine rebirth. When a young man is gunned down in a Tokyo brothel, his soul leaves his body and Noé’s first-person-POV camera follows, taking his audience on a free-floating odyssey through the city, his past and beyond.

Early references to the Tibetan Book of the Dead are perhaps a red (or, given the film’s phantasmagorical visuals, hallucinogenic-neon) herring. Noé has claimed he doesn’t believe in life after death, and yet his film definitely taps into the collective desire for such a possibility, here framed as part-drug induced reverie and part-spiritual voyage. The astounding technical ability competes with and often cancels out risible dialogue and borderline exploitative sexual fascination. And whether one shares its director’s delight in provocation, you’ve truly never seen anything like this in your life. 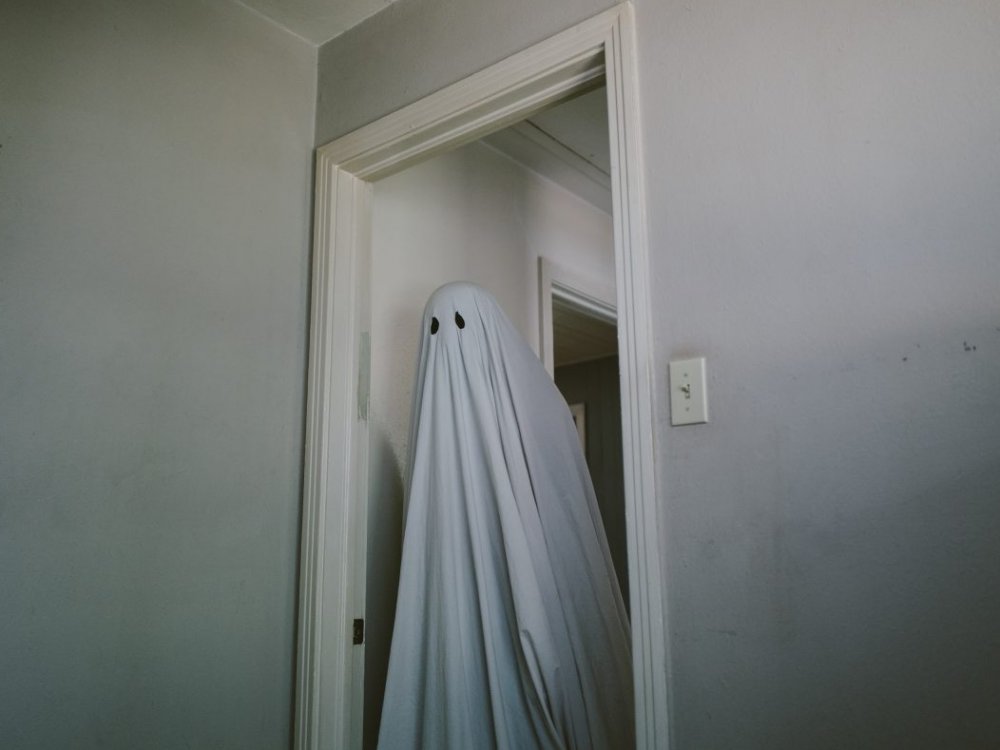 Ghosts overpopulate stories about the afterlife. But the best ones often show how these spirits are as much haunted as haunting. David Lowery’s singular indie appeared, appropriately, seemingly out of nowhere to cast its own melancholy, meditative shadow across the genre, reinventing it from the ground up.

Rooney Mara and Casey Affleck play a young couple in small-town Texas. Affleck is killed early on in a car crash and spends the majority of the remaining running time under a Caspar-like white sheet, moored to their house, unable to communicate with his partner. If you’re expecting an arthouse Ghost, the film then boldly breaks with convention to contemplate what such isolation truly means, later moving unshackled through time and space to even more unsettling effect. That Lowery’s story still maintains its fragility and mystery makes it an ethereal highlight of cinema’s afterlife landscape; its own phantom thread.